Figure 1 is a diagrammatic representation of a network in which the invention may operate.

Figure 5 is a flow chart representing the processes taking place in a remote terminal device operating according to the embodiment.

Figure 8 is a schematic diagram of the functional elements of a central server configured for operation according to the invention.

1. A method for authentication of a communications connection between a server and a remote terminal using an intermediate device, in which:

- the server generates first and second key codes, the key codes both being derived from a shared secret known to the server and remote terminal but not to the intermediate device,

- the remote terminal uses the shared secret to generate a duplicate of the first key code,

- the intermediate device moves out of contact with the server

- the intermediate device moves into proximity of the remote terminal

2. A method according to claim 1, in which the first and second key codes are generated from the shared secret, and are changed after each use.

- an authentication system configured to:

- and transmit the second key to the remote data communications terminal.

7. A data communications device according to Claim 6, arranged to transmit a signal reporting its location to the server.

9. A data communications device according to claim 6, claim 7 or claim 8, having a memory for storing a sequence of first and second key codes for the or each remote terminal, the authentication system being arranged to retrieve each key code in sequence for a plurality of successive connections to the remote communications terminal.

10. A data communications device according to claim 6, claim 7, claim 8 or claim 9, in which the authentication system generates the challenge request by using the key code to encode an identity code associated with the device.

11. A data communications device according to claim 6, claim 7, claim 8, claim 9 or claim 10, wherein the communications interface comprises a data store for data received from the remote terminal, and a detection device responsive to a flag signal carried in data received from the remote terminal to route the received data to the data store in response to a first setting of the flag signal or to the server in response to a second setting of the flag signal. 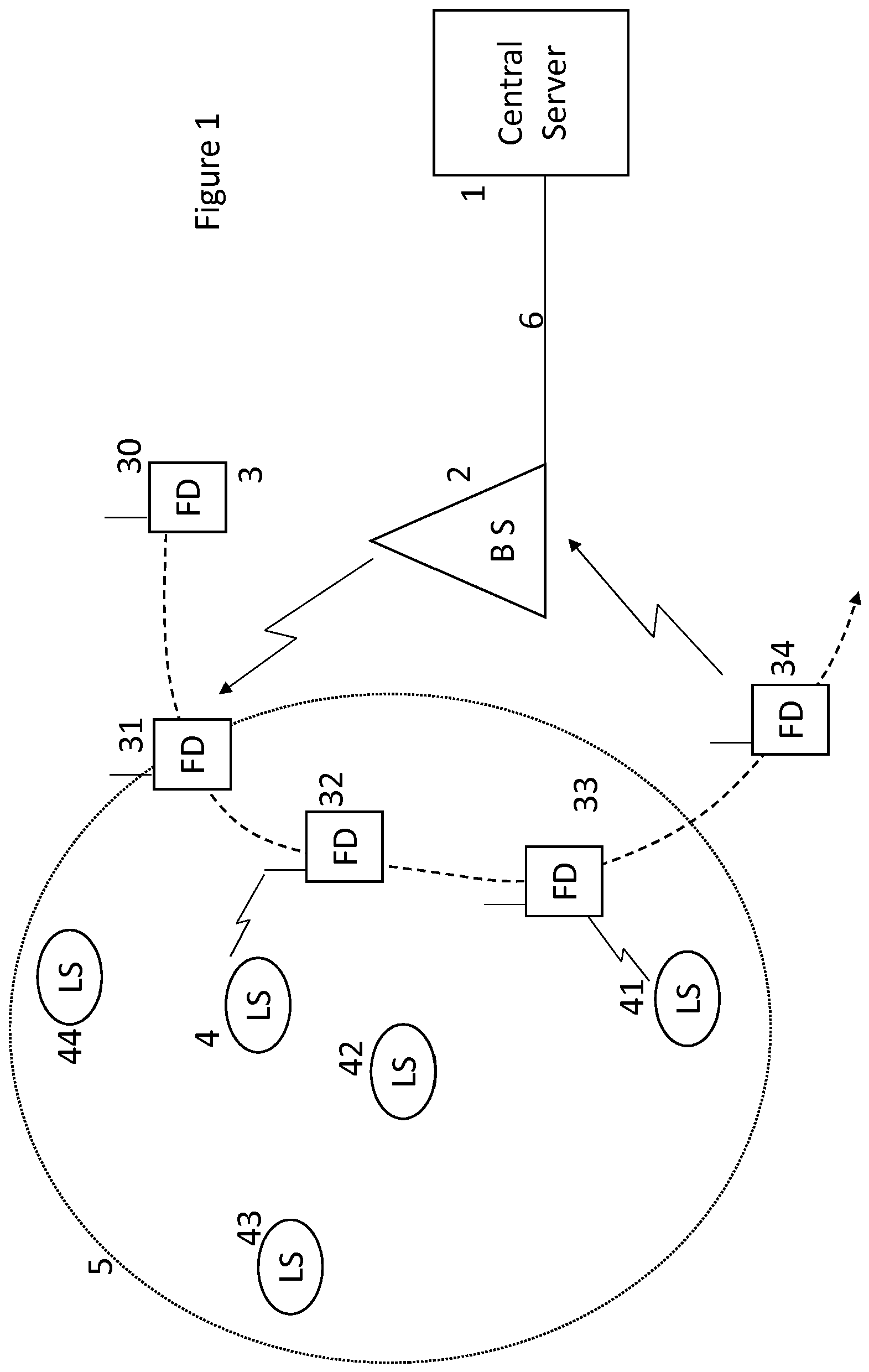 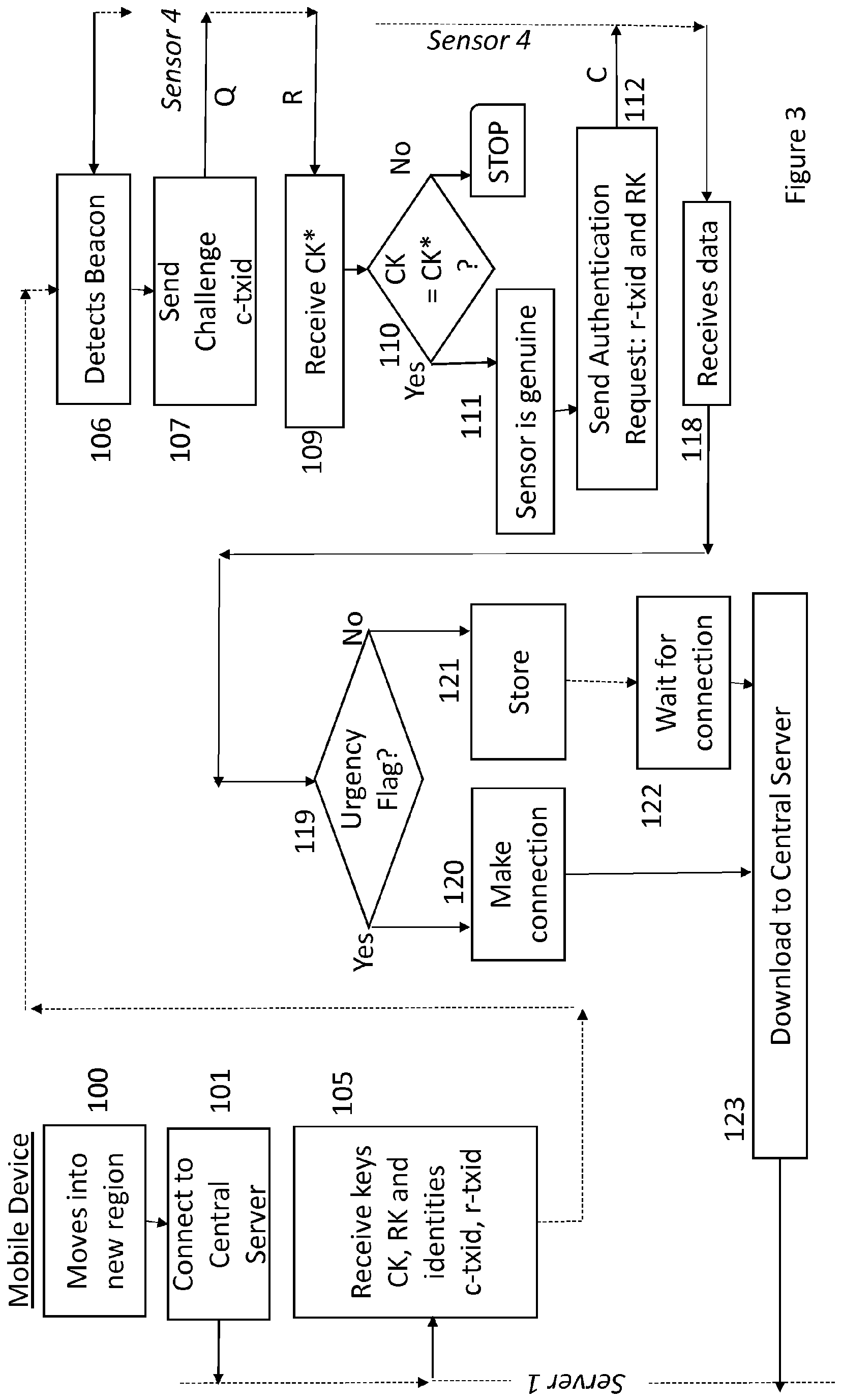 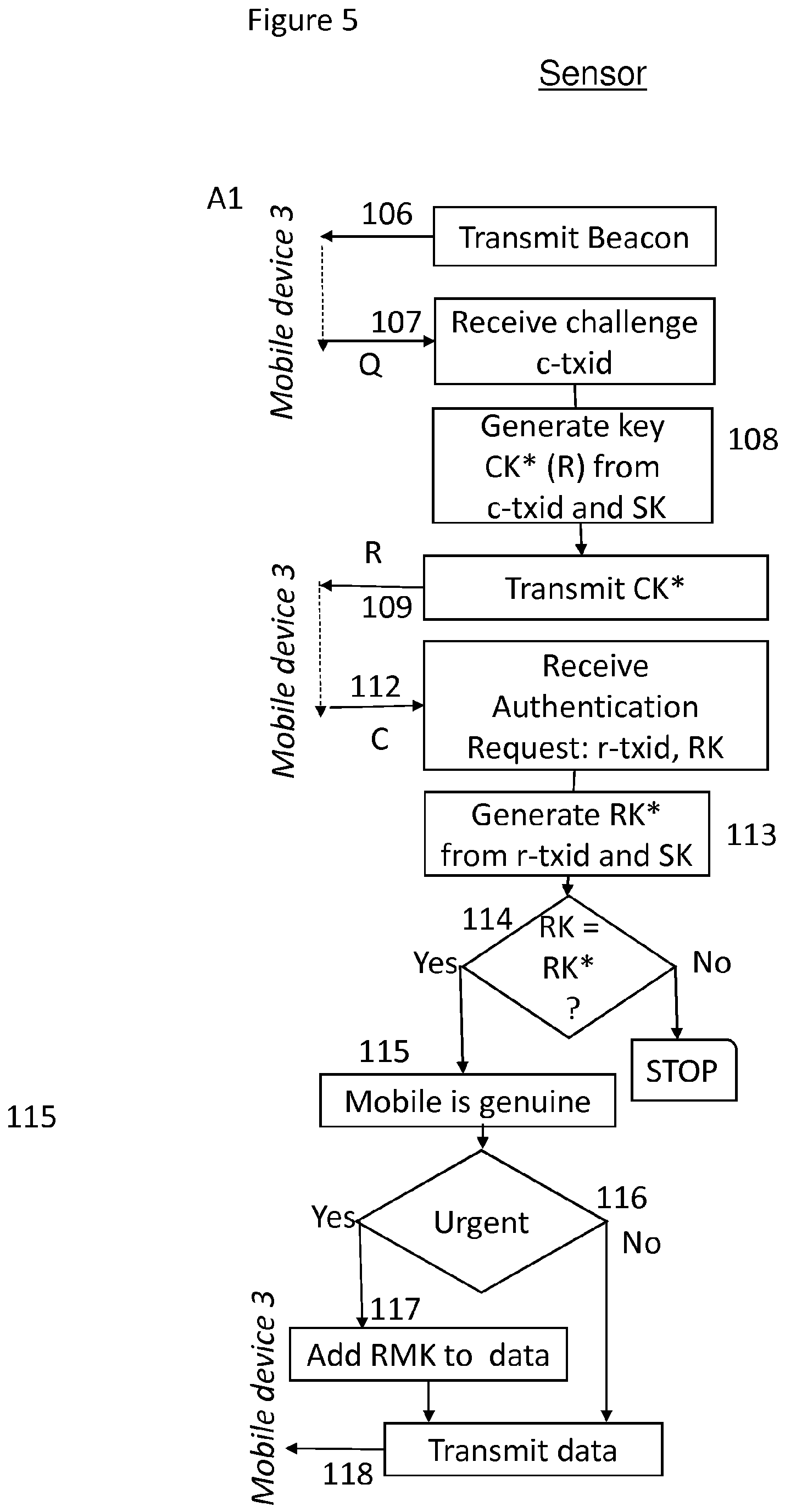 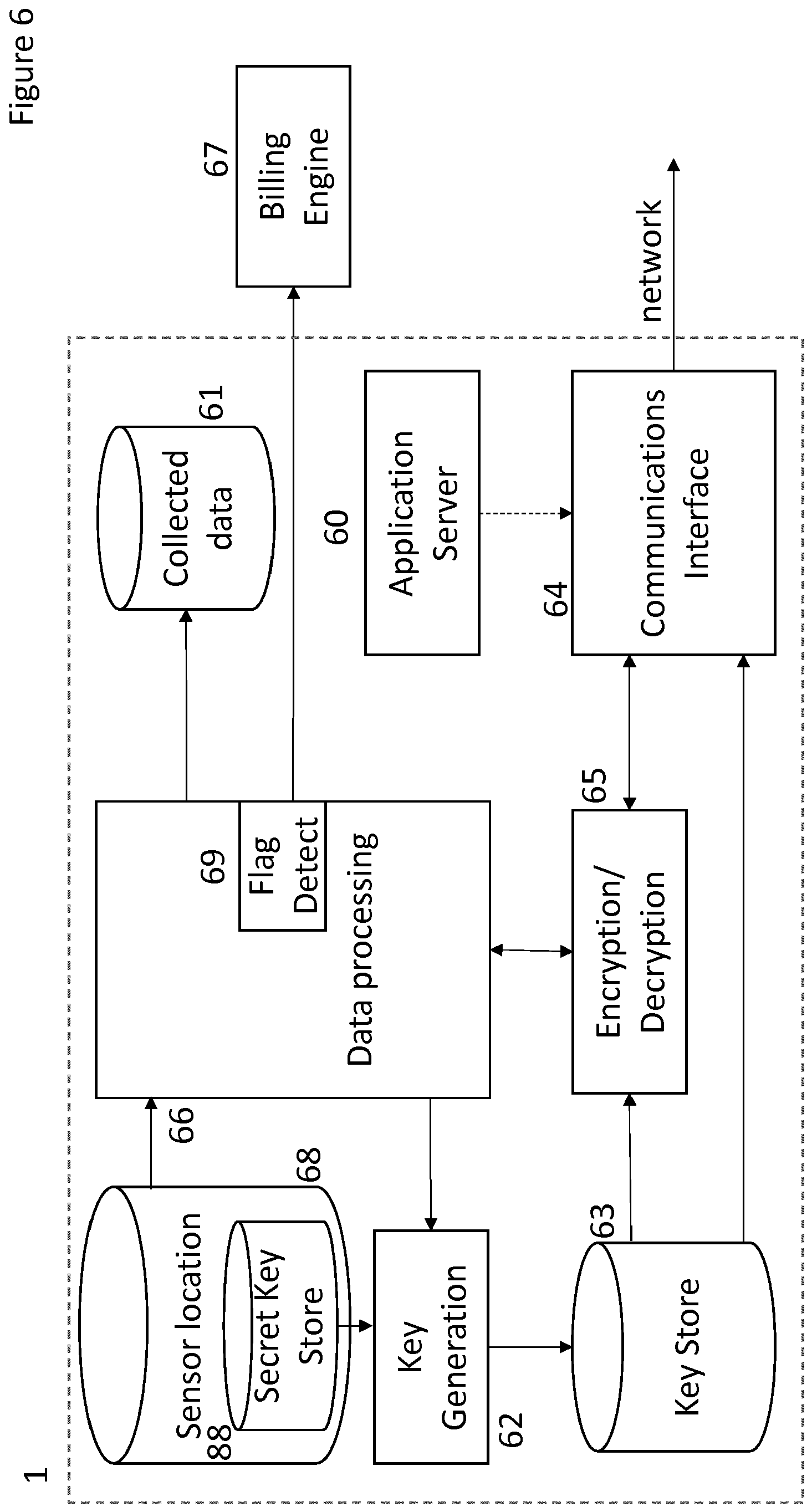