[0001] The present invention relates to magnet fixings and connectors.

[0002] Various magnetic fixing arrangements are described in the following documents: US2011/001025, US2011/0068885, US5367891, US2010/0171578, US2009/0273422, DE145325. WO02/41788 describes a mechanism for imparting simultaneous rotary and longitudinal oscillation to a work piece, but does not describe coupling means comprising a hinge coupling two linear guides in a position in which the guides are out of alignment or a magnetic component which is movable around one of the guides to an unlocking position which allows for relative movement of parts of the guide about the hinge

[0003] According to a first aspect of the present invention there is provided an assembly as defined in claim 1. Also described herein is a mechanism for fixing together first and second parts and comprising:

[0004] Other aspects of the present invention are set out in the appended claims.

Figure 1 to 3 illustrate the general principle of push-pulls fixing mechanisms;

Figure 9 to 11 illustrate a drawer arrangement including a fixing mechanism;

Figure 14 illustrates a bar having a two-point fixing mechanism;

Figure 15 illustrates a fixing mechanism configured to allow two parts to pivot relative to one another according to an embodiment of the invention;

Figure 17 illustrates a fixing mechanism having a mixed guide arrangement;

Figure 18 illustrates the case when a magnetic component can rotate only over an angular range of rotation of the guide;

Figure 19 to Figure 21 illustrate the case when one or more additional guides are added to two initial internal and/or external guides;

Figure 29 to Figure 36 further illustrate the concept of a multiple push-pull. 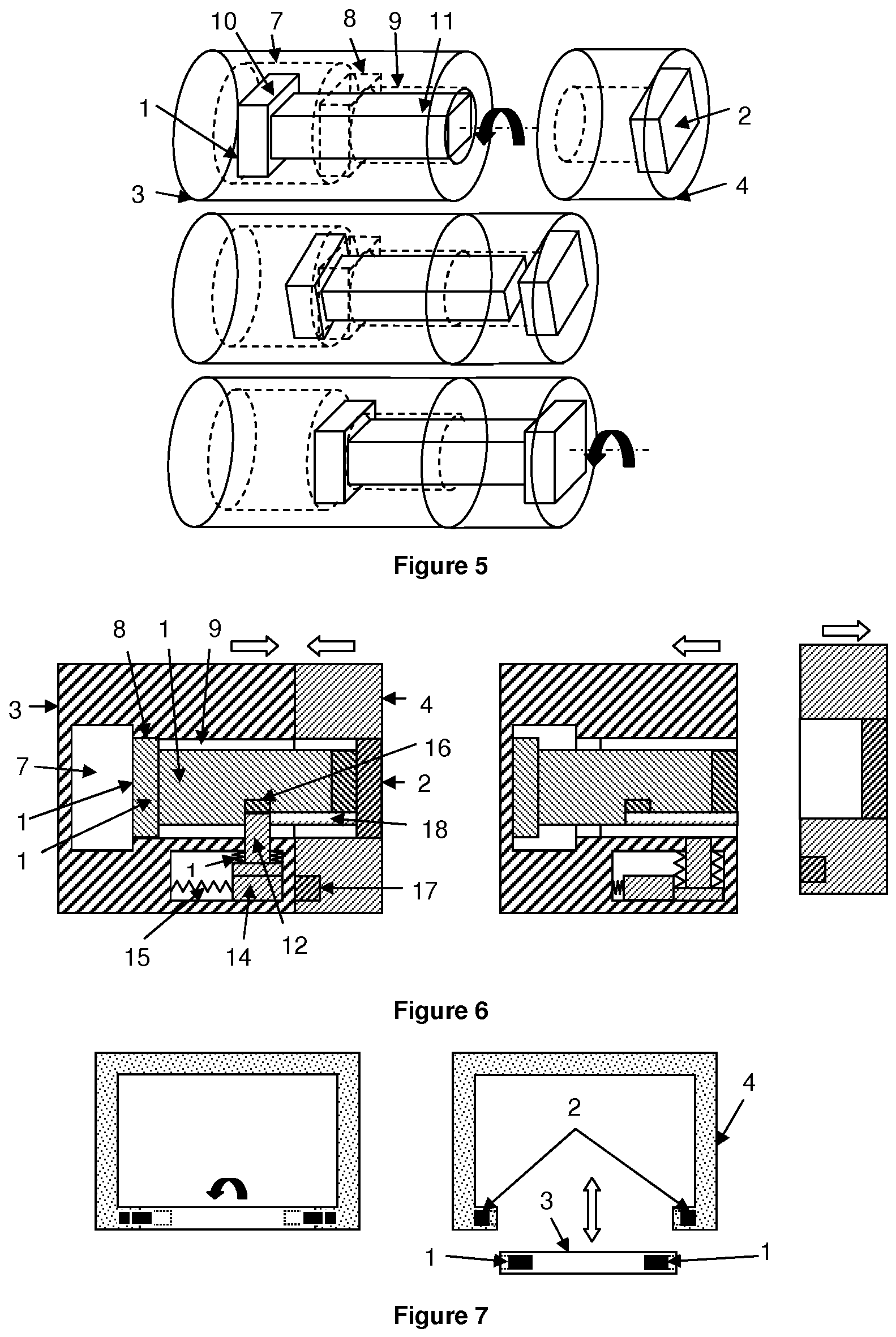 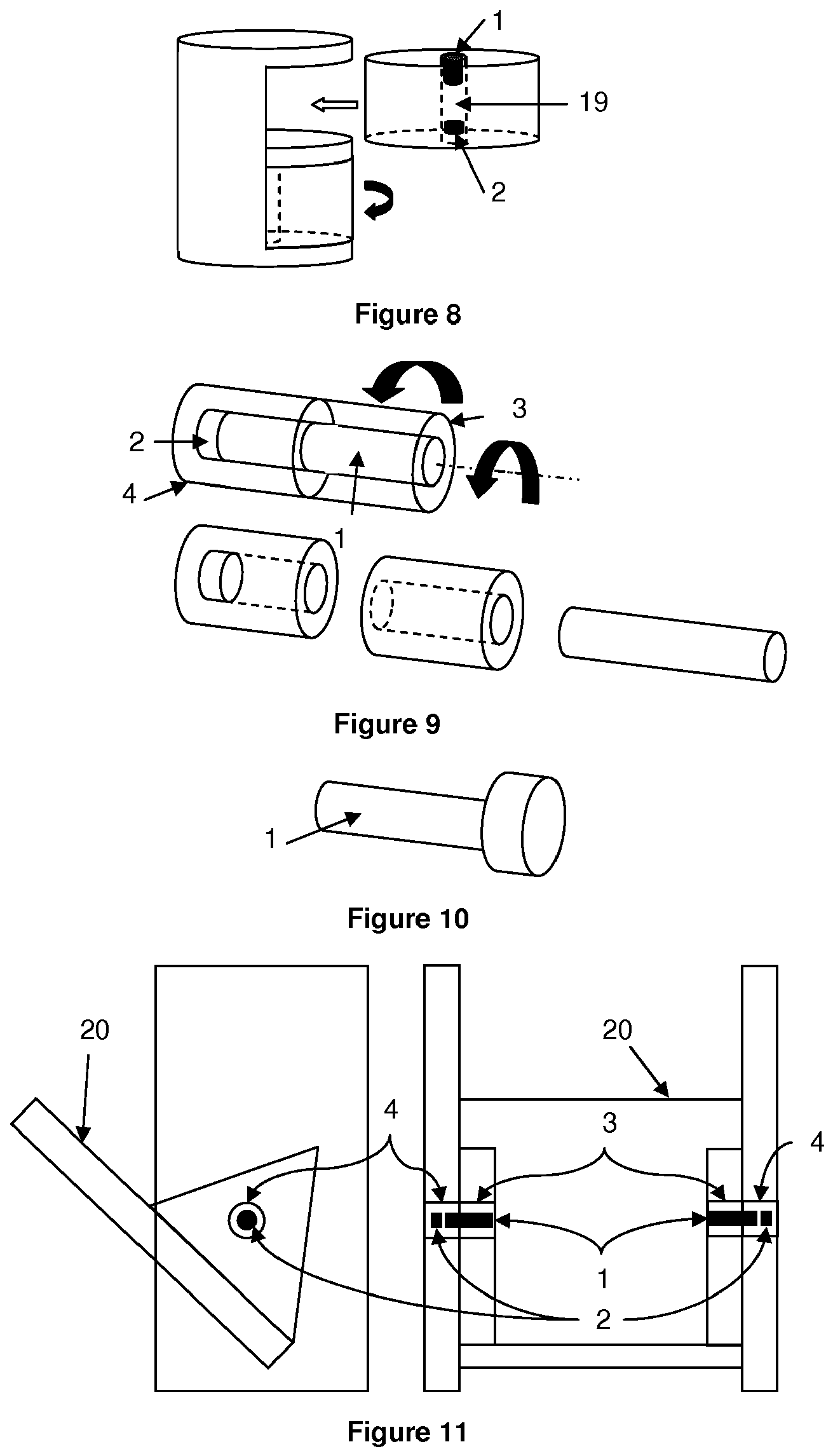 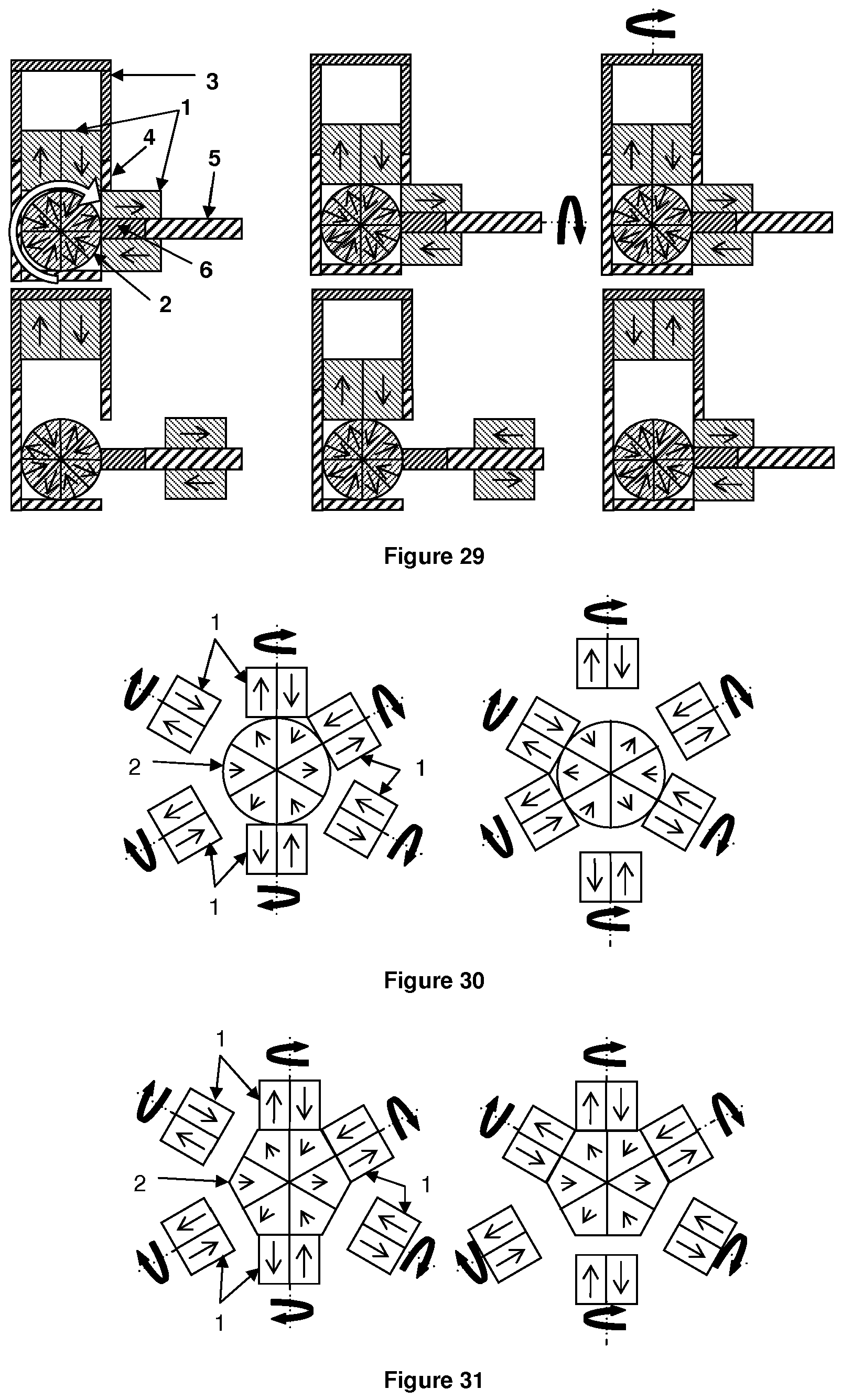