Field of the specification

[0001] This disclosure relates in general to the field of cloud computing, and more particularly, though not exclusively to, a system and method for delayed error processing.

[0002] Contemporary computing practice has moved away from hardware-specific computing and toward "the network is the device." A contemporary network may include a data center hosting a large number of generic hardware server devices, contained in a server rack for example, and controlled by a hypervisor. Each hardware device may run one or more instances of a virtual device, such as a workload server or virtual desktop.
[0003] US2009/144579A1 relates to a virtual machine monitor (VMM) in a data processing system handling errors involving virtual machines (VMs) in the processing system. An error manager in the VMM detects an uncorrectable error in involving a component associated with a first VM in the processing system. In response to detection of that error, the error manager terminates the first VM, while allowing a second VM in the processing system to continue operating.
[0004] US2009/117889A1 relates to a system and method to provide for the storage of volatile memory contents of an application upon shutdown of a mobile device, and restoration of the contents upon startup.

[0005] The invention is defined in the claims. In the following description, any embodiment referred to and not falling within the scope of the claims is merely an example useful to the understanding of the invention.

[0006] The present disclosure is best understood from the following detailed description when read with the accompanying figures.

FIGURE 1 is a network-level diagram of a cloud service provider (CSP), according to one or more examples of the present specification.

FIGURE 2 is a block diagram of a data center, according to one or more examples of the present specification.

FIGURE 3 illustrates a block diagram of a central processing unit, according to one or more examples of the present specification.

FIGURE 4 is a block diagram of a data center computing architecture, according to one or more examples of the present specification.

FIGURE 5 is a block diagram illustrating how recovery of an uncorrectable error affects multiple containers, according to one or more examples of the present specification.

FIGURES 6a - 6b are a signal flow diagram of a method of performing delayed error processing according to one or more examples of the present specification.

Embodiments of the Disclosure

responsive to the detecting, notifying (626) a system agent (538) of a degraded system state;

identifying (646), by the SMI handler, that the system is in a degraded state and notifying the operating system of a planned shutdown or maintenance cycle;

determining, by the system agent (538), that the second container (504-2) has entered a recoverable state; and

initiating, by the system agent (538), a recovery operation.

2. The method of claim 1, further comprising setting a timeout, and to initiate the recovery operation after expiration of the timeout.

3. The method of claim 1, further comprising requesting a controller to spawn a new instance of a service provided by the first container.

4. The method of claim 1, wherein the recoverable state comprises a state in which the second container can be migrated with minimal data loss.

5. The method of claim 4, further comprising migrating the second container.

6. The method of any of claims 1 - 5, further comprising providing an operating system configured to perform a core dump of the first container.

7. The method of claim 6, wherein the operating system is configured to receive machine check architecture (MCA) logging information from the processor.

9. An apparatus comprising means for performing the method of any of claims 1 - 8.

10. The apparatus of claim 9, wherein the means for performing the method comprise a processor and a memory.

11. The apparatus of claim 10, wherein the memory comprises machine-readable instructions, that when executed cause the apparatus to perform the method of any of claims 1 - 8.

13. At least one tangible, non-transitory computer readable medium comprising instructions that, when executed, implement a method as claimed in any of claims 1 - 8. 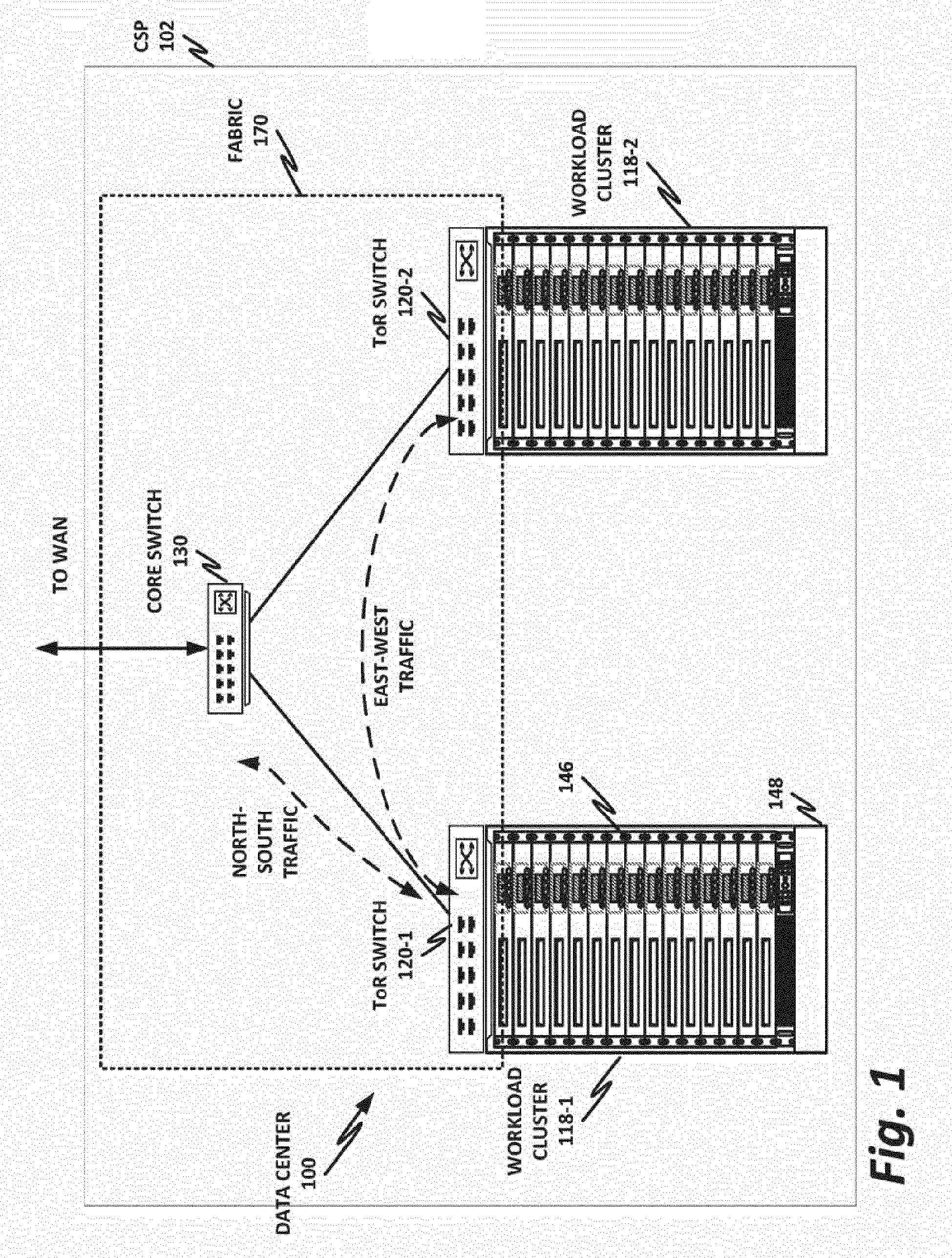 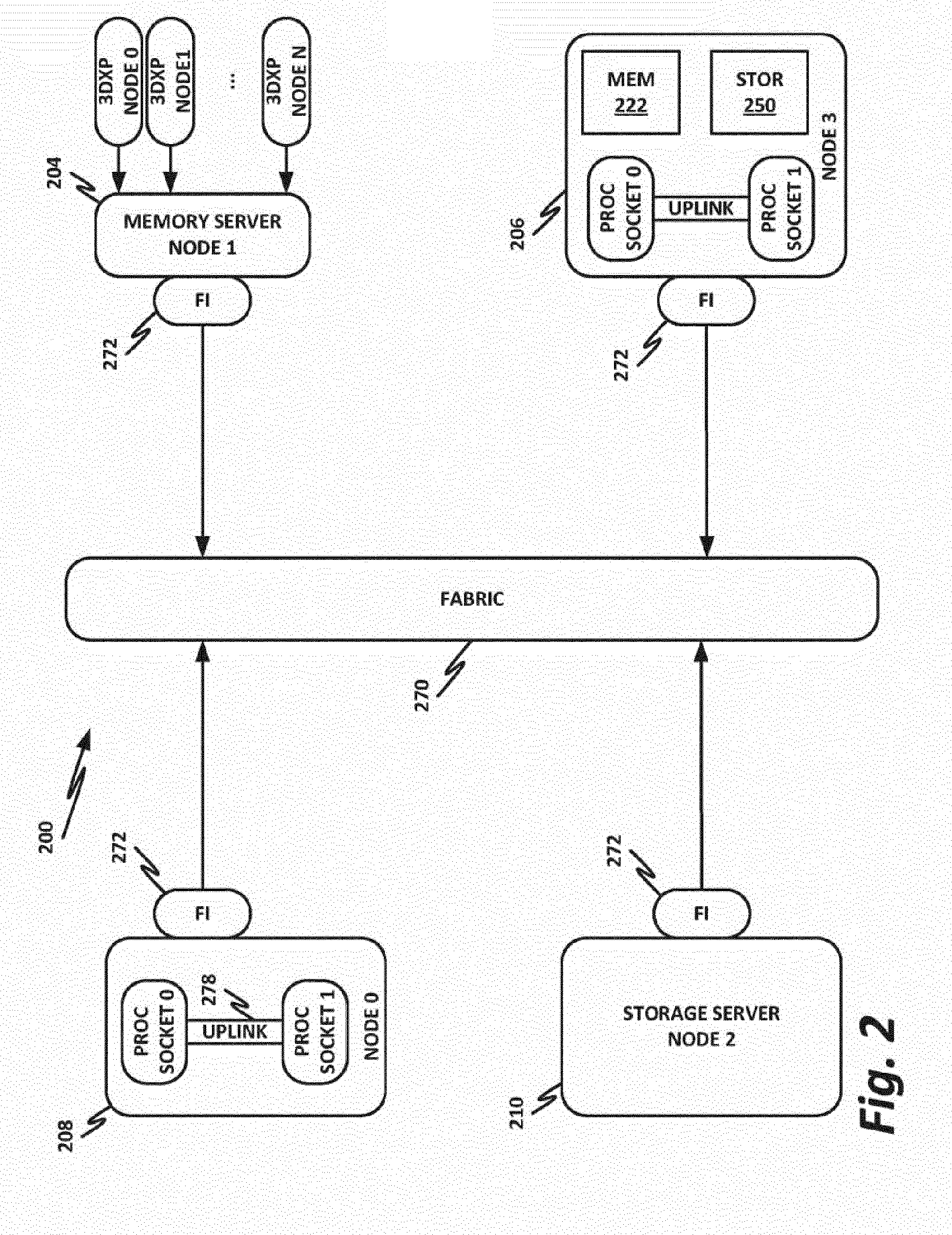 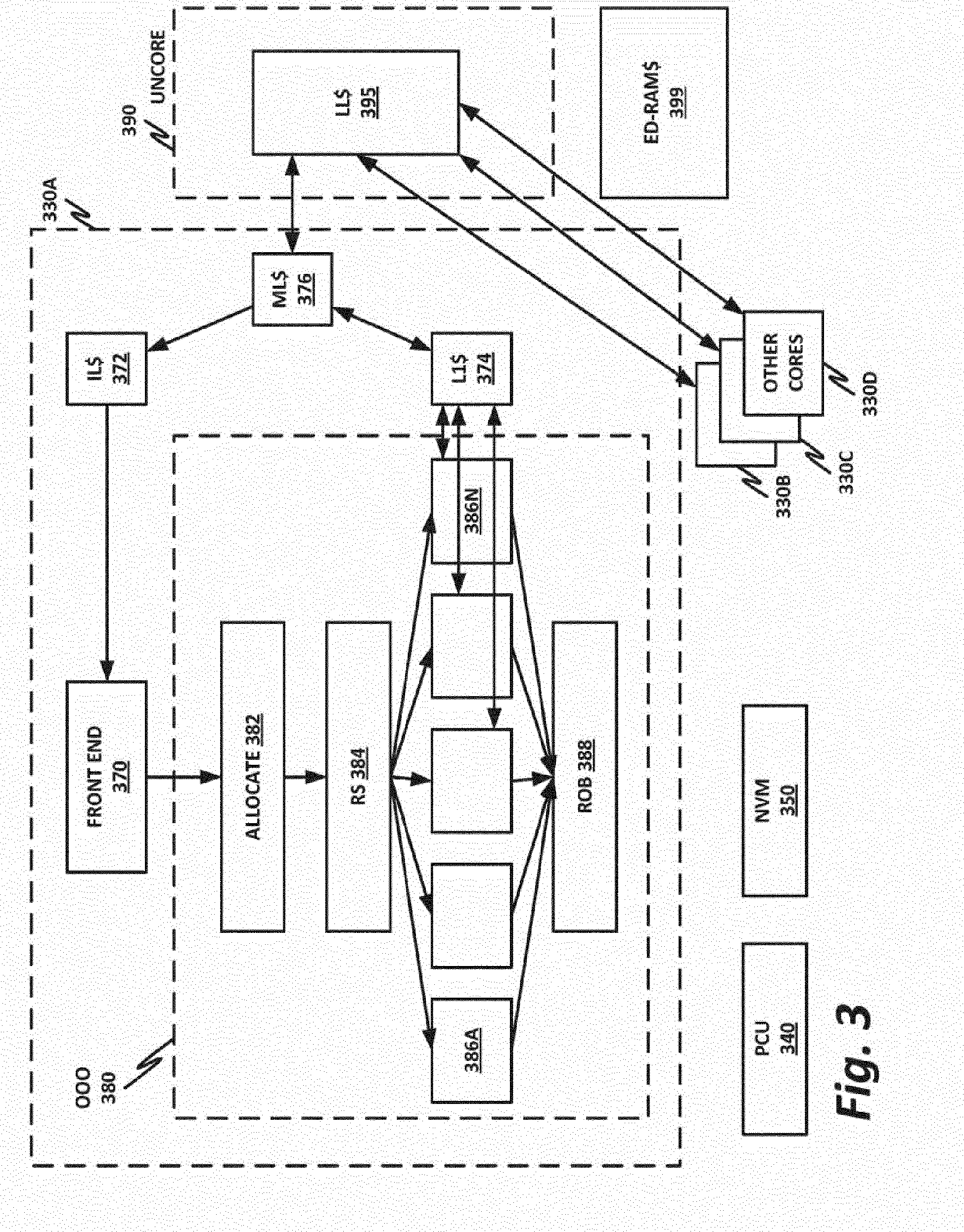 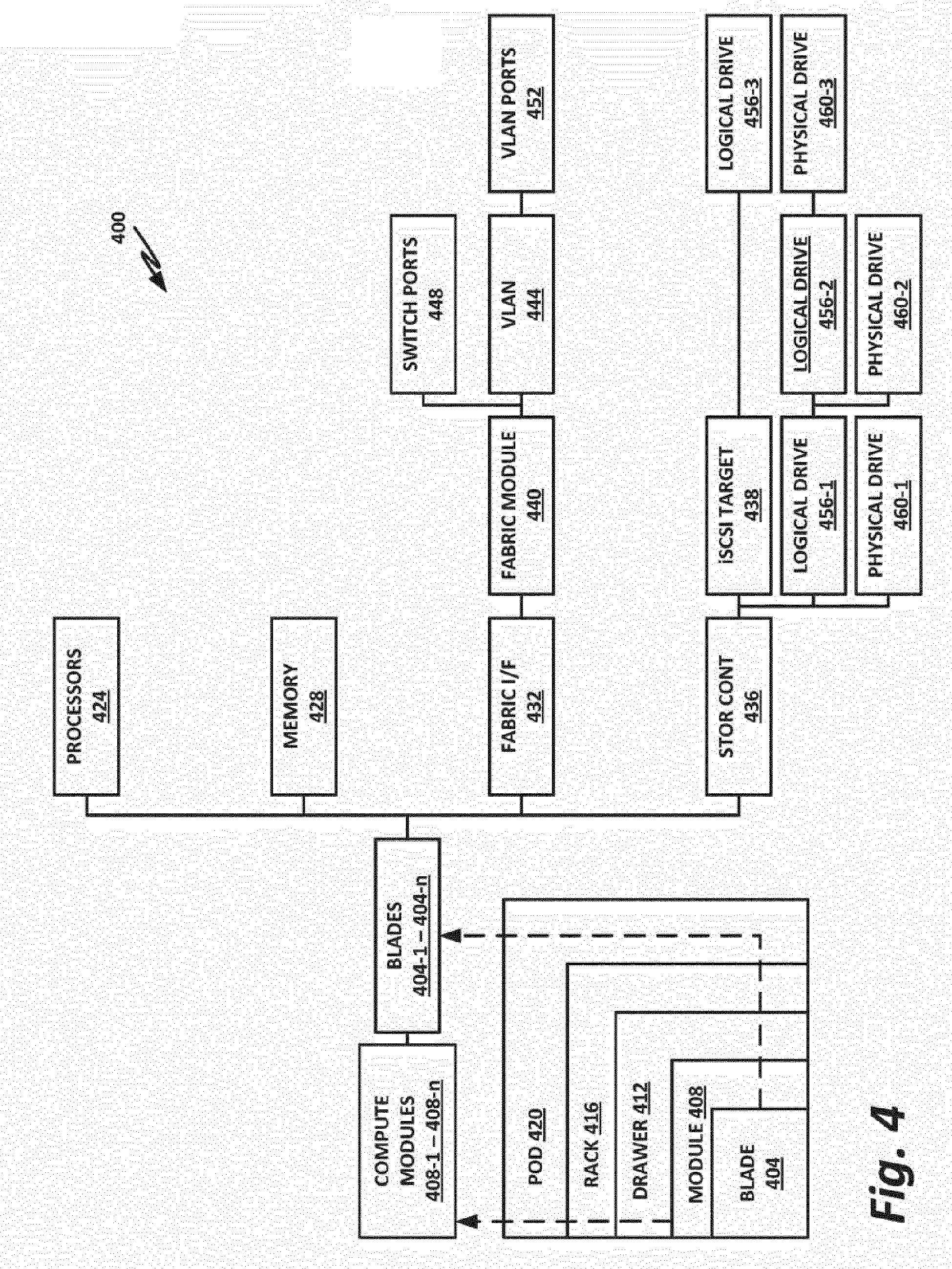 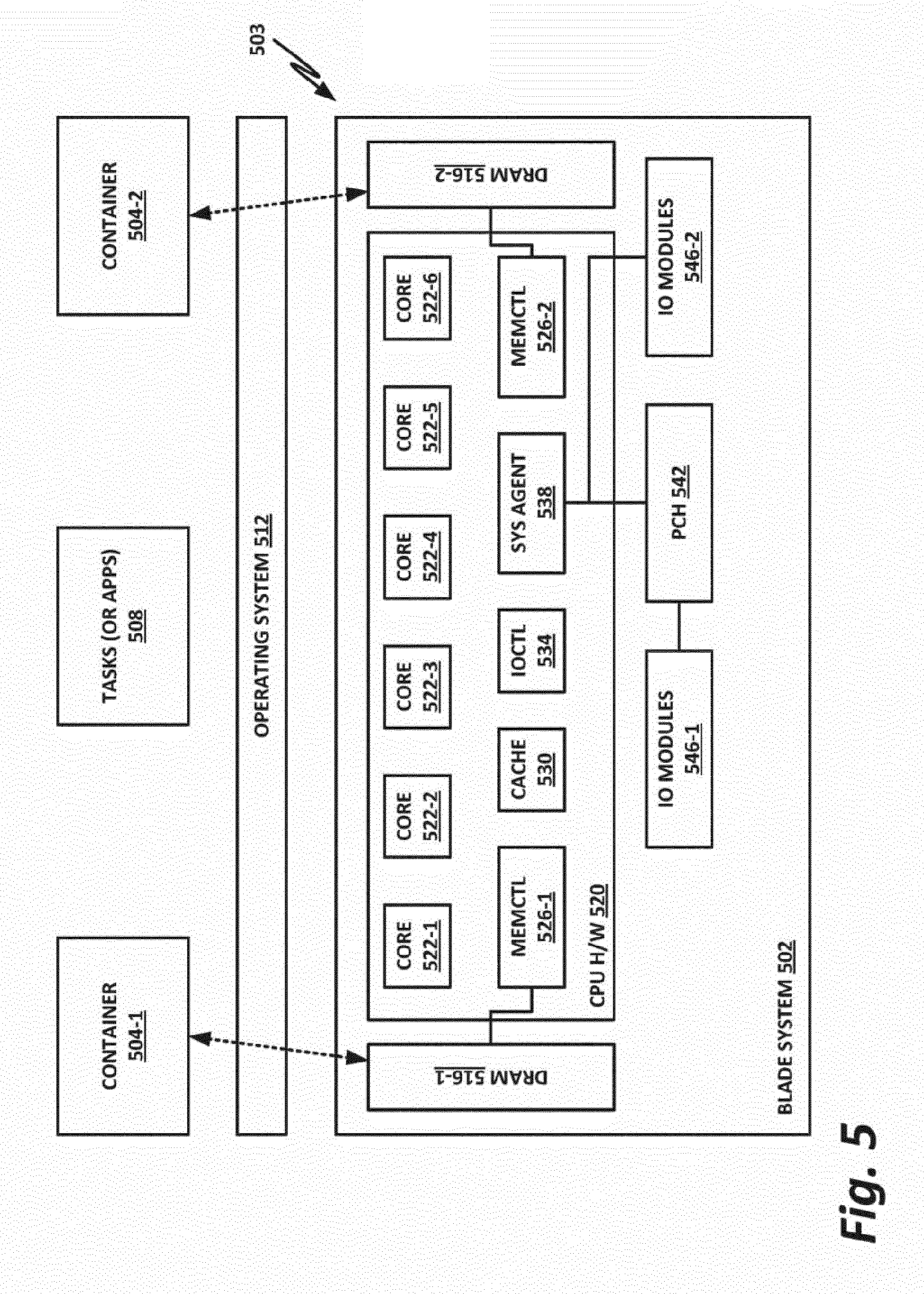 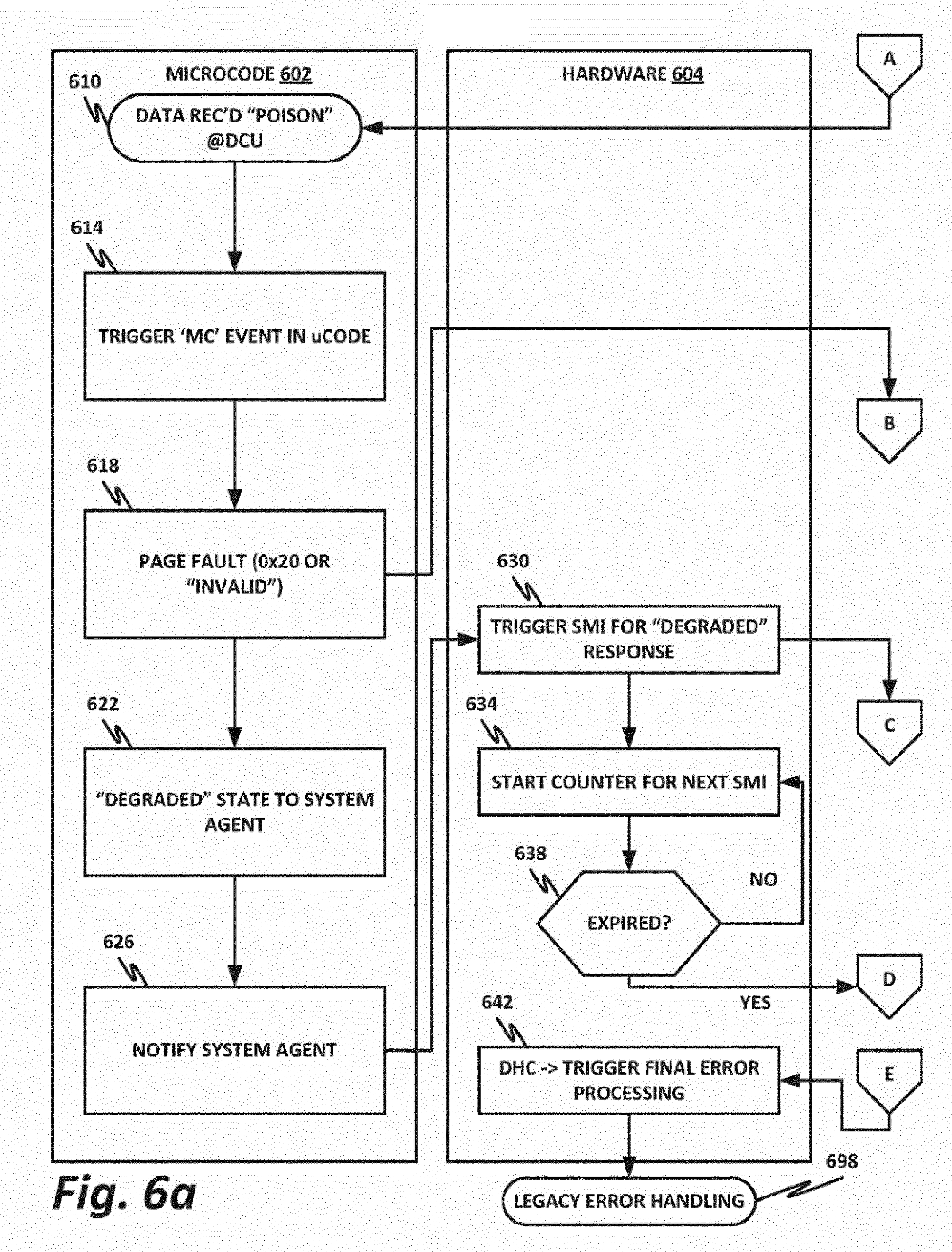 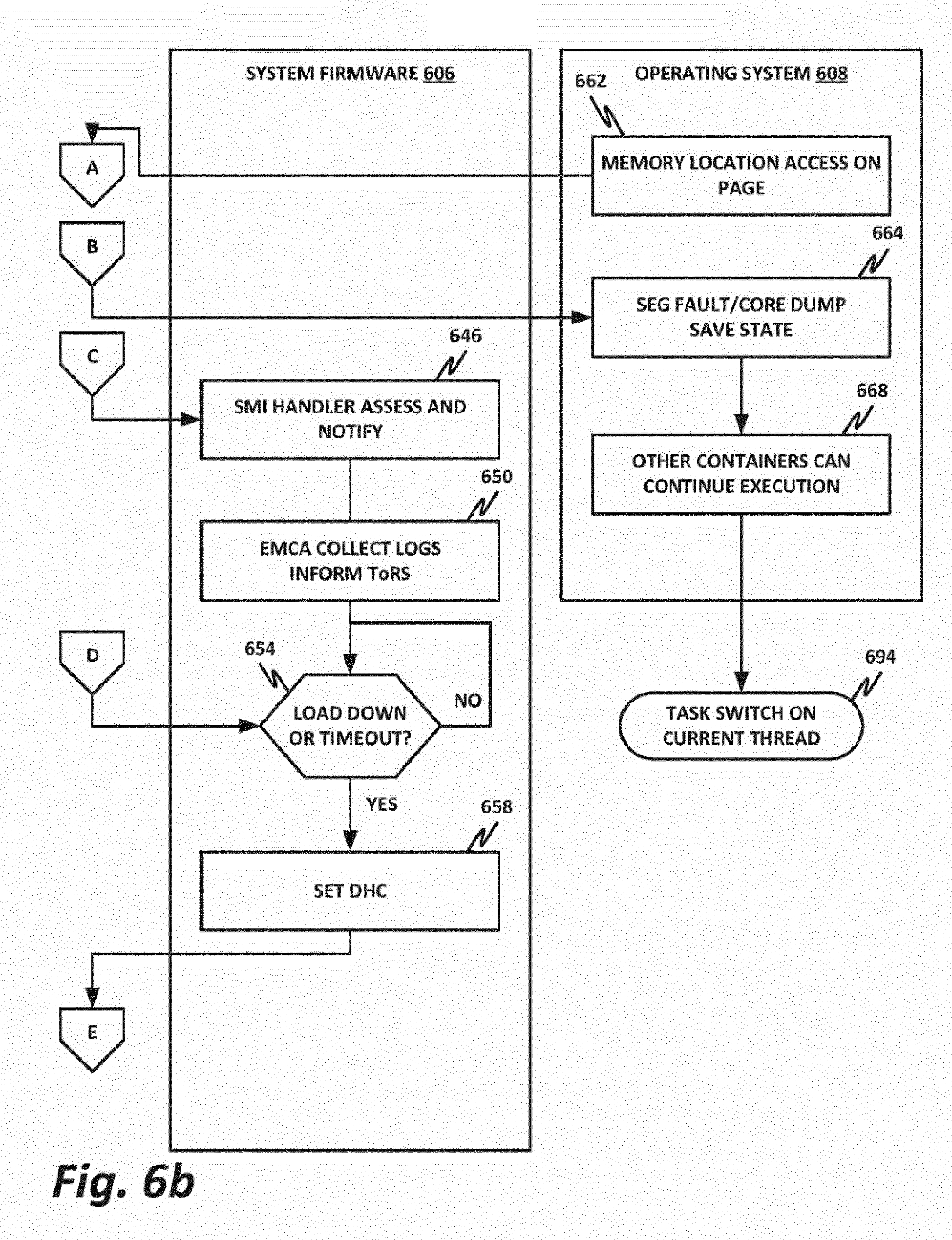