[0001] The present invention relates to a non-invasive device against urinary incontinence.

[0018] Further objects and advantages of the present invention will become apparent from the following detailed description of a preferred embodiment (and variants thereof) referring to the annexed drawings, which are only supplied by way of non-limiting example, wherein:

Figure 1 shows a side view of one embodiment of the device according to the invention;

Figure 2 shows one embodiment of the inner part of the device;

Figures 3 and 4 show side views of the device of Figure 1;

Figure 5 is a cross-sectional view of a penis;

Figure 6 is an explanatory graph showing some examples of the curvilinear profile of the lower inner part of the device;

Figure 7 schematically shows how the lines of force developed by the device can compress the penis.

[0019] In the drawings, the same reference numerals and letters identify the same items or components.

Detailed description of some embodiments of the invention 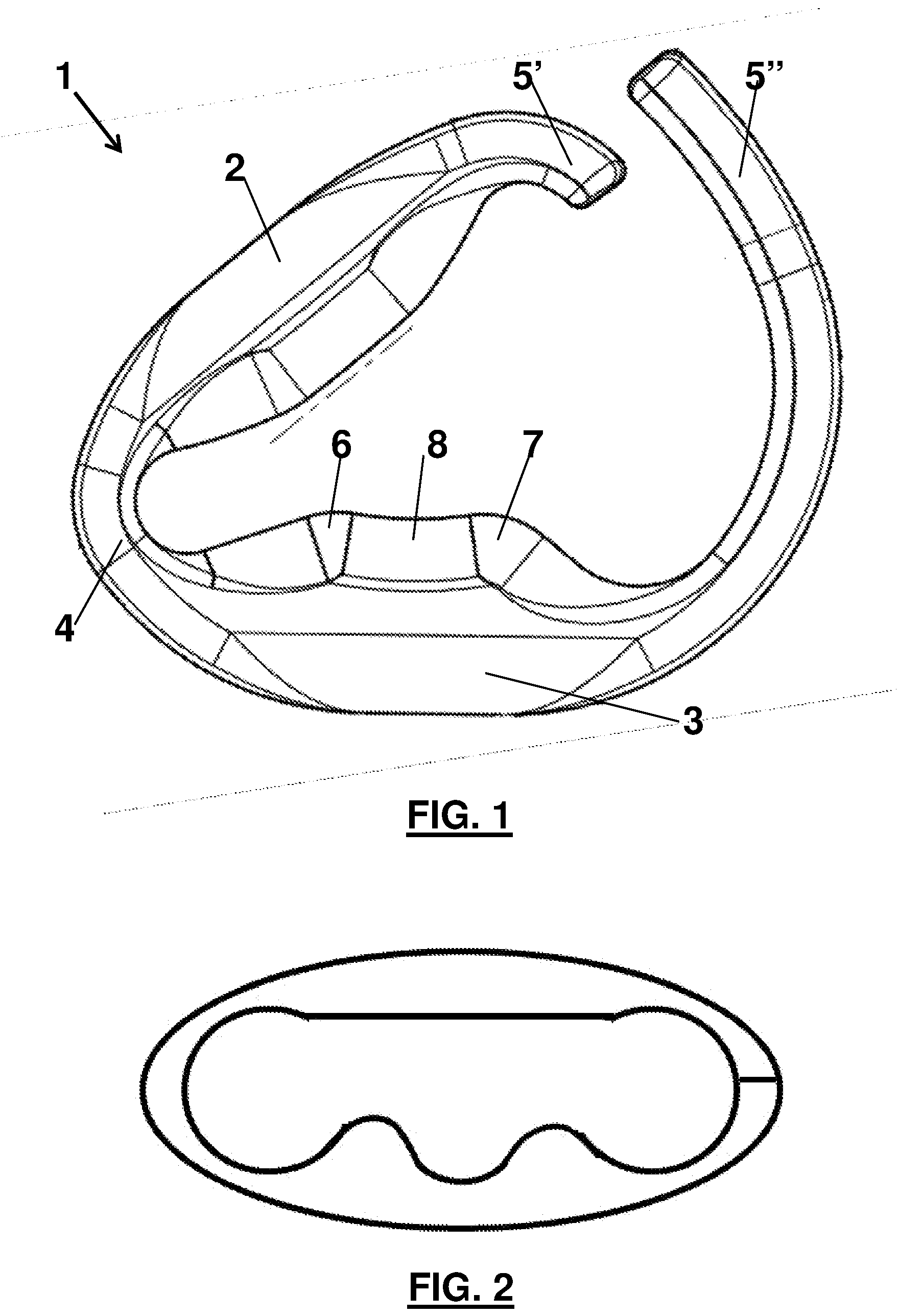