2. Discussion of the Art

[0002] Fig 1 illustrates the basics of a known circuit breaker 10 of the Ground Fault Interrupter type with a schematic representation therein of the line power current path 11. The line current path starts at the line power terminal 13 of the breaker 10 and continues through the separable contacts 15 and a toroidal current transformer current sensor 17 to the load terminal 18 which is wired out to the branch load 22, here represented as a motor. A mechanical "side" or portion 16 of the circuit breaker 10 contains thermal and magnetic trip units 19, typically a bimetal and a magnetic yoke assembly, respectively, which are components for tripping, i.e. separating, the contacts 15, in the event of overcurrent conditions.
[0003] An electronic "side" or portion 20 of the arc fault sensing circuit breaker 10 contains the current sensor in the form of current transformer 17, and associated electronics 21 for evaluation of Ground Fault events. The electronics 21 control an actuator 23, typically a solenoid, whose function is also to trip the separable contacts 15 and remove power from the load 22.
[0004] The return neutral current path 24 from the load 22 travels from the load 22 to the neutral terminal 28 through the current transformer current sensor 17 and out to the neutral return wire 26. It will be appreciated that a plug on neutral type breaker will have a terminal clip rather than, or in addition to, the illustrated pigtail wire.
[0005] The current flow direction of the power conductors and the neutral conductors are in the opposite directions when they are routed through the Ground Fault current transformer 17 sensor housing. Each current carrying conductor will produce a magnetic flux which is in compliance with the "Right Hand Rule" used to determine flux direction. When the two conductors are carrying the same level of current in opposite directions, the flux of one conductor will cancel the flux from the other conductor. This then has a net flux value of zero. If there is an equal current exiting and then returning back through the Ground Fault circuit breaker, the Ground Fault sensor will output no signal. If there is an imbalance of current in the circuit wires, then the Ground Fault Interrupter sensor will output a current proportional to the current imbalance and if this imbalance exceeds a predetermined threshold, the Ground Fault circuit breaker will detect the presence of a ground fault and interrupt the electrical circuit.
[0006] A recognized problem with Ground Fault Interrupter sensors is that if the conductors are not located properly in the sensor, uneven magnetic fields throughout the current sensor assembly can cause an output current from the current sensor, even when the total current through the conductor paths are balanced. The result is an inaccuracy in the current sensor output known as load shift error. Typically this error is compensated for by twisting the main conductors (line and neutral) as they pass through the Ground Fault current transformer. It has been proposed, e.g. by US Patent 3,725,741 to Misencik, to replace the usual twisted pair of main conductors (line and neutral) with a rigid tubular outer conductor surrounding an insulated flexible conductor passing through the aperture of the Ground Fault Interrupter current transformer. Finally, EP 0 769 197 A1 discloses a circuit interrupter device according to the preamble of claim 1.

[0012] The foregoing and other advantages of the disclosed embodiments will become apparent upon reading the following detailed description and upon reference to the drawings, wherein:

Fig. 1 is a schematic illustration of the working parts of an exemplary ground fault or dual function circuit breaker as known in the art.

Fig. 2 is a perspective view of the interior of the mechanical side of a dual function circuit breaker of the present invention;

Fig. 3 is a perspective view of the electronics side of the circuit breaker of Fig. 2 of the present invention;

the current transformer comprises an apertured magnetic core and a secondary winding comprising a plurality of turns on the magnetic core;

the substantially rigid conductor and the flexible conductor extend through the magnetic core;

the circuit interrupter device further comprises a trip circuit responsive to sensed signals on the secondary winding of the current transformer. 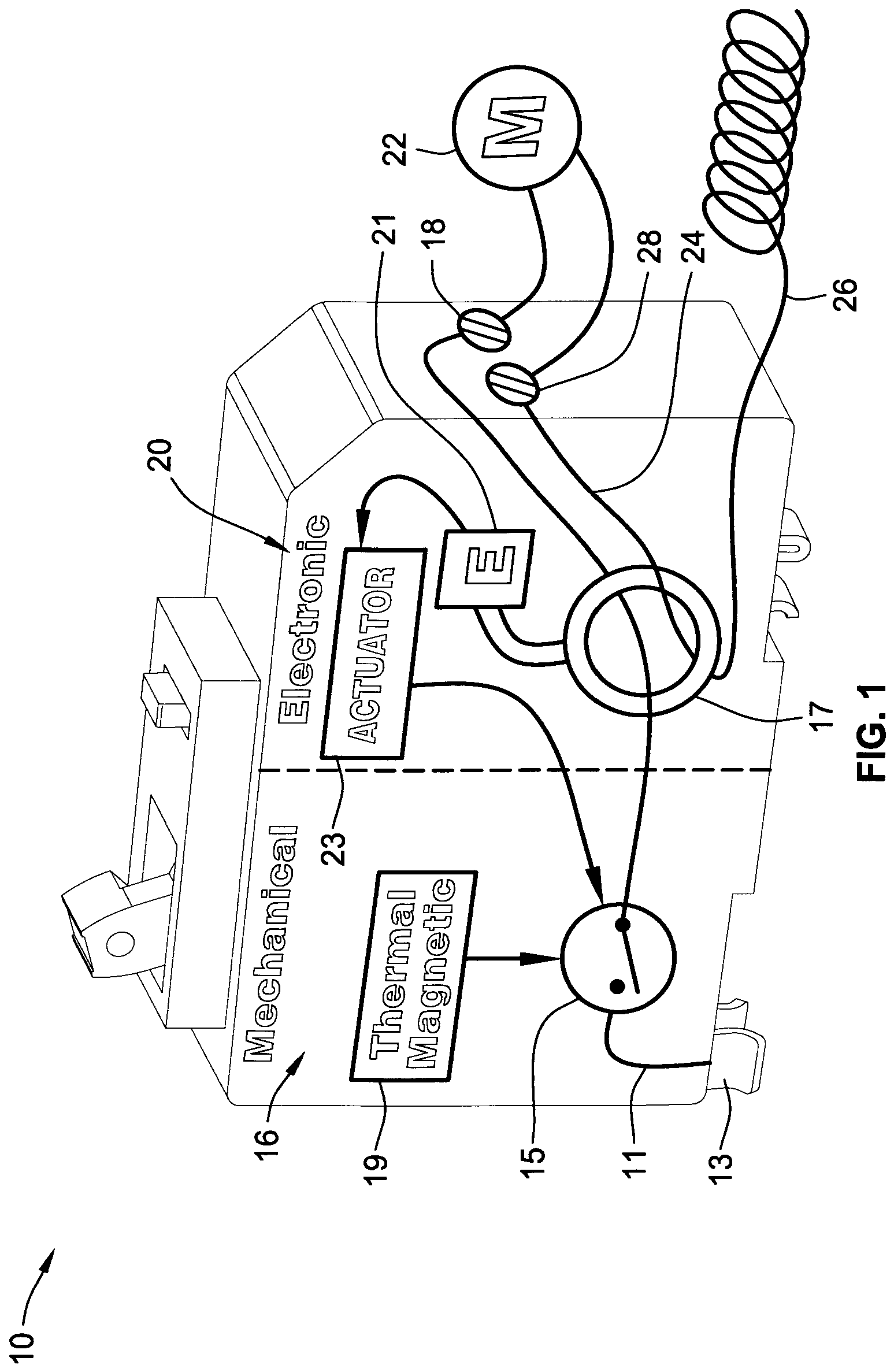 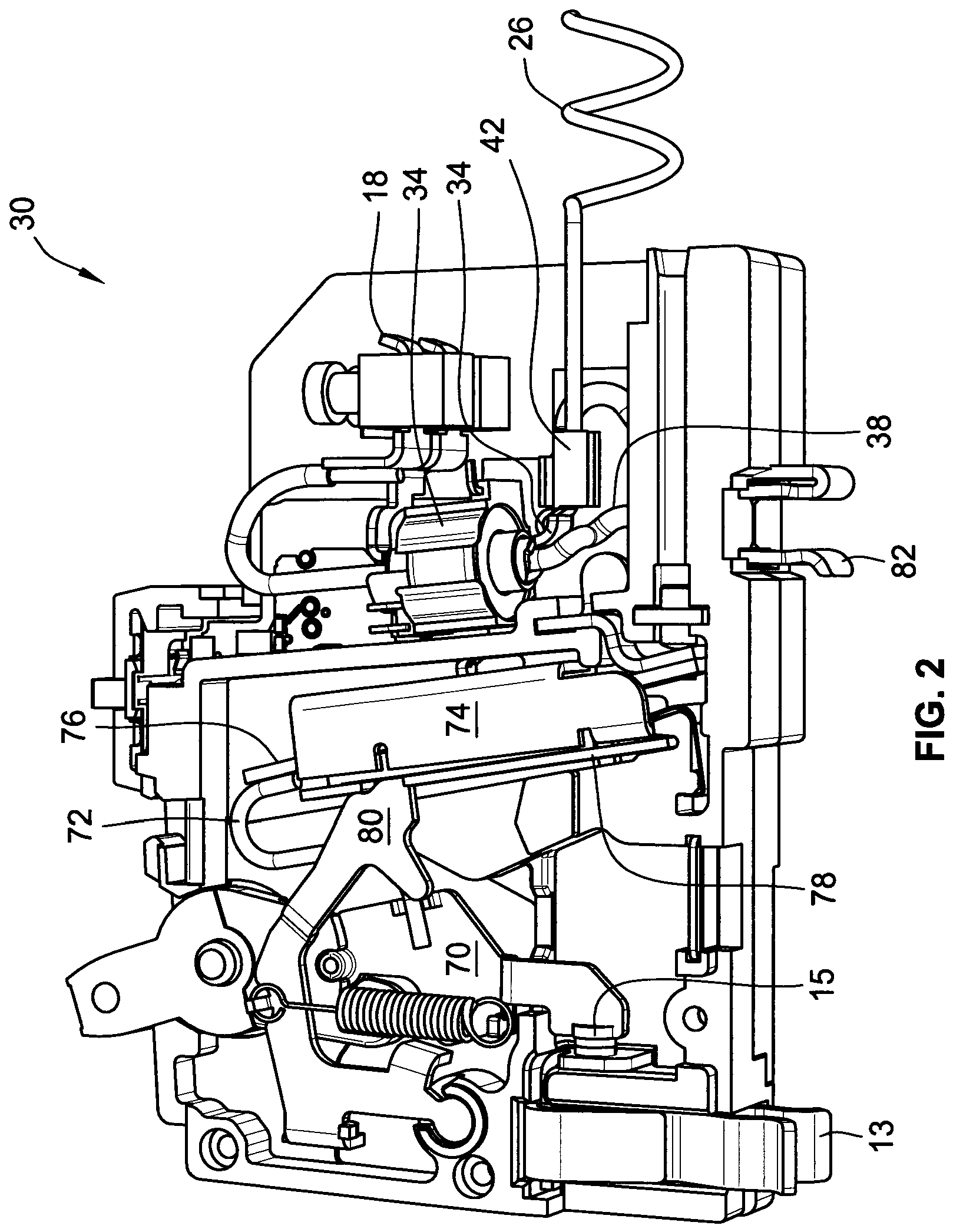 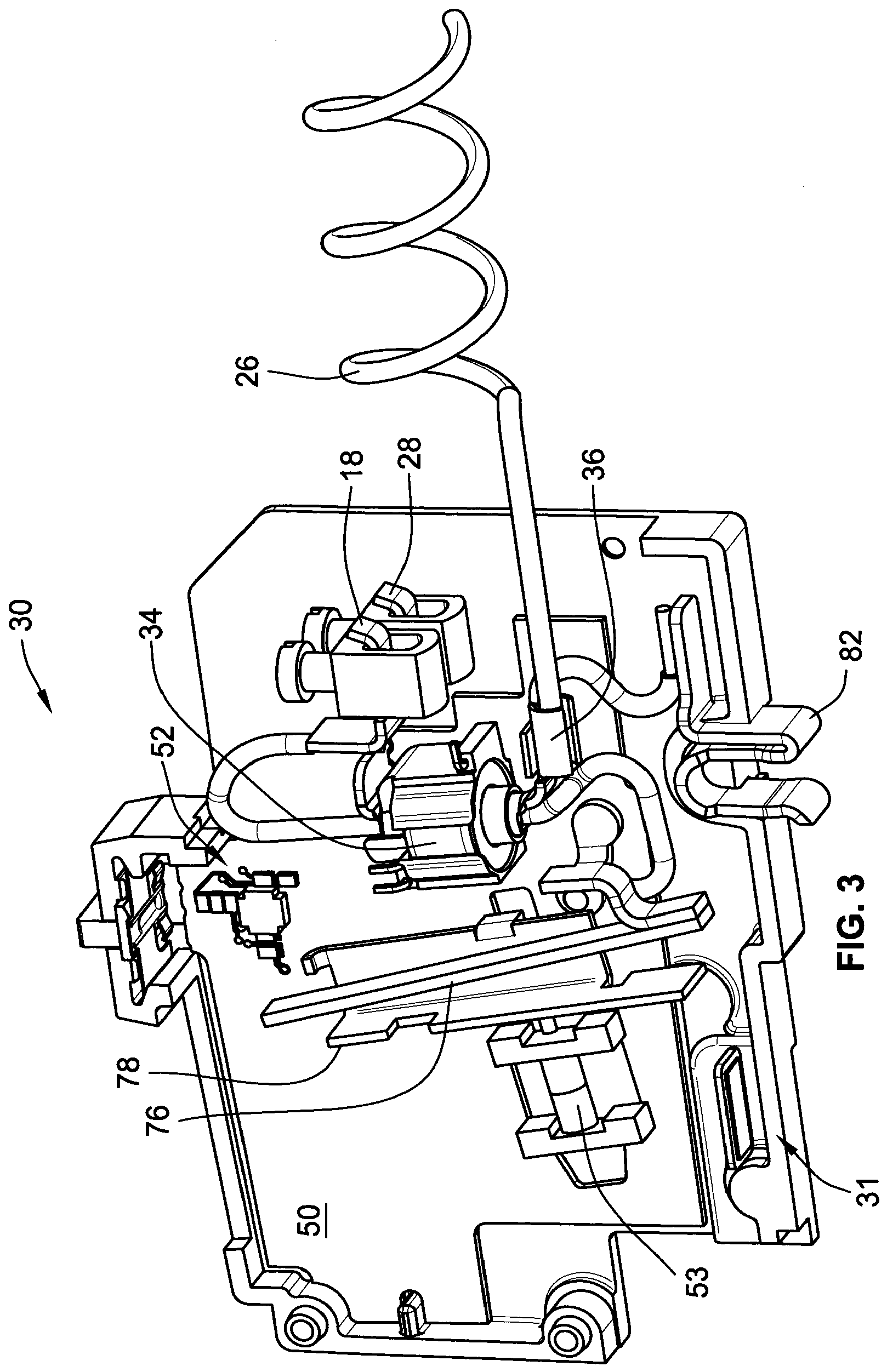 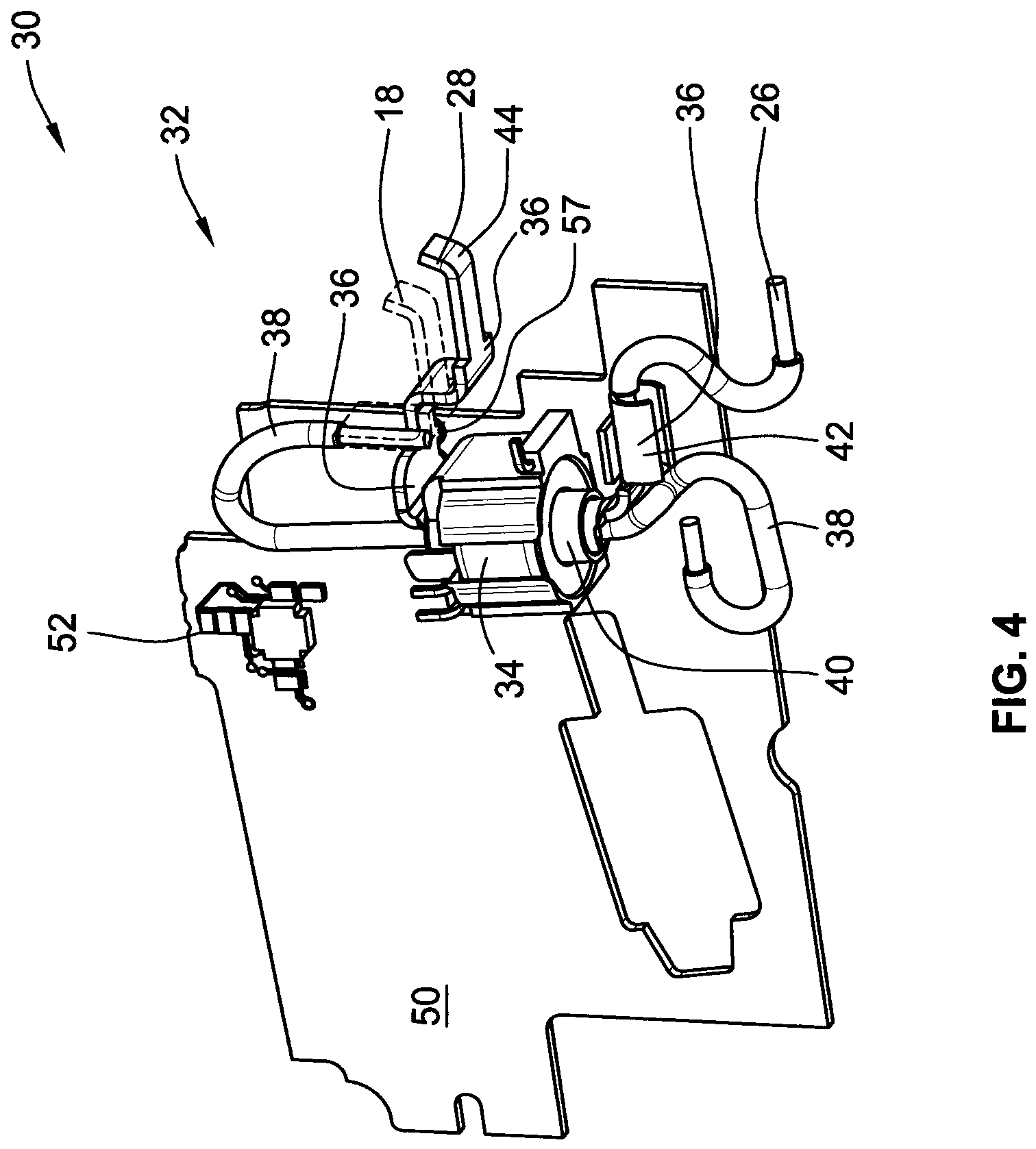 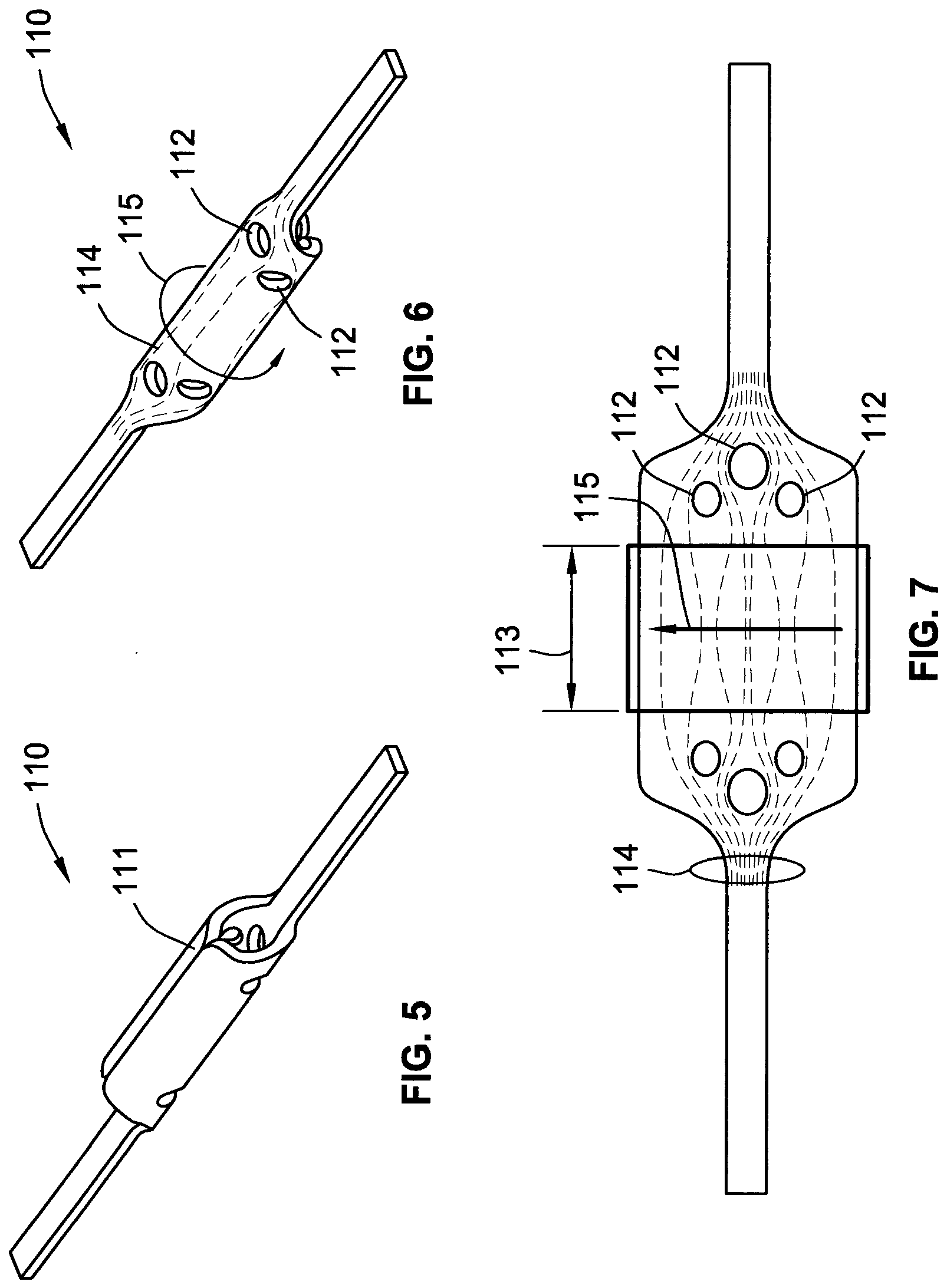 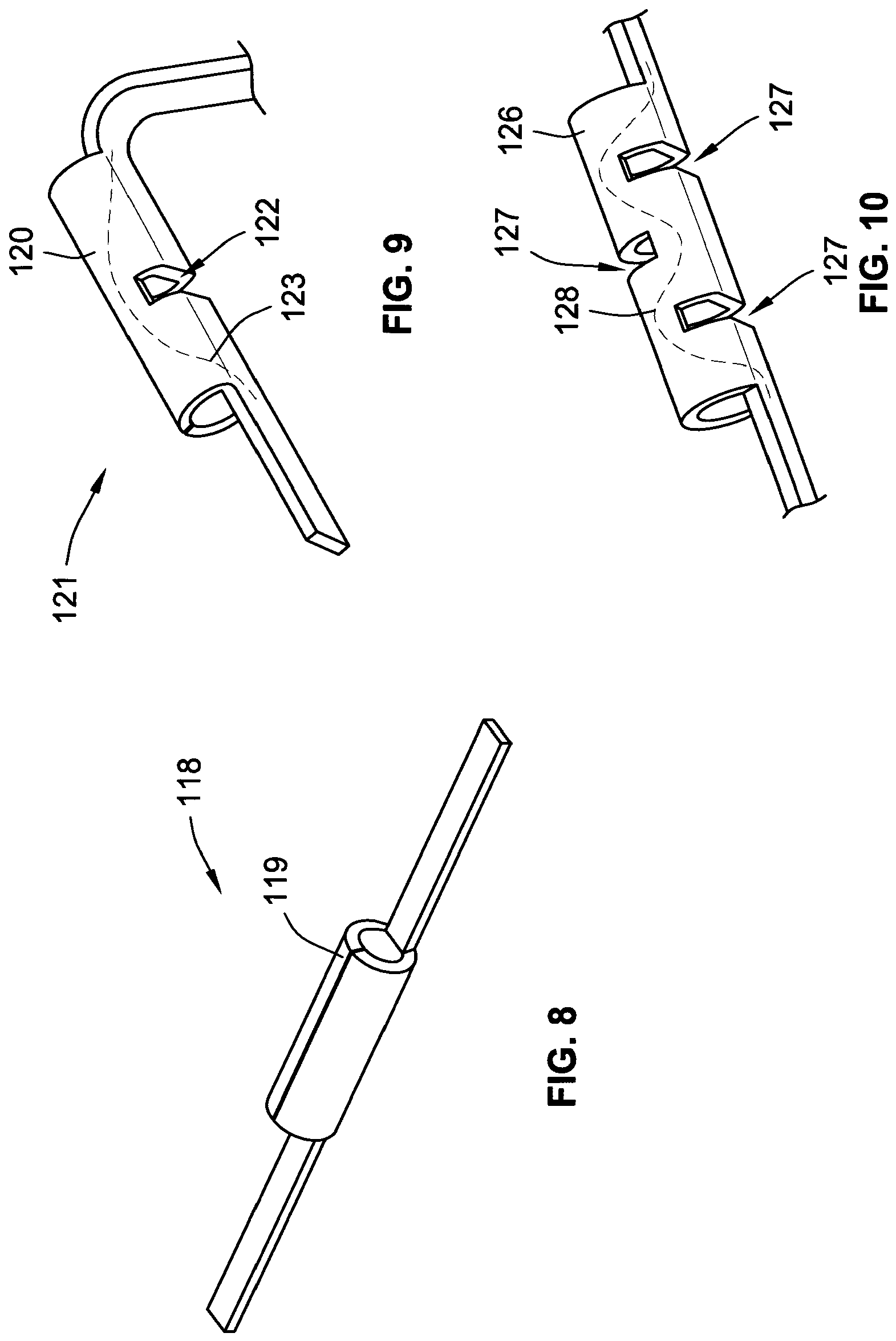 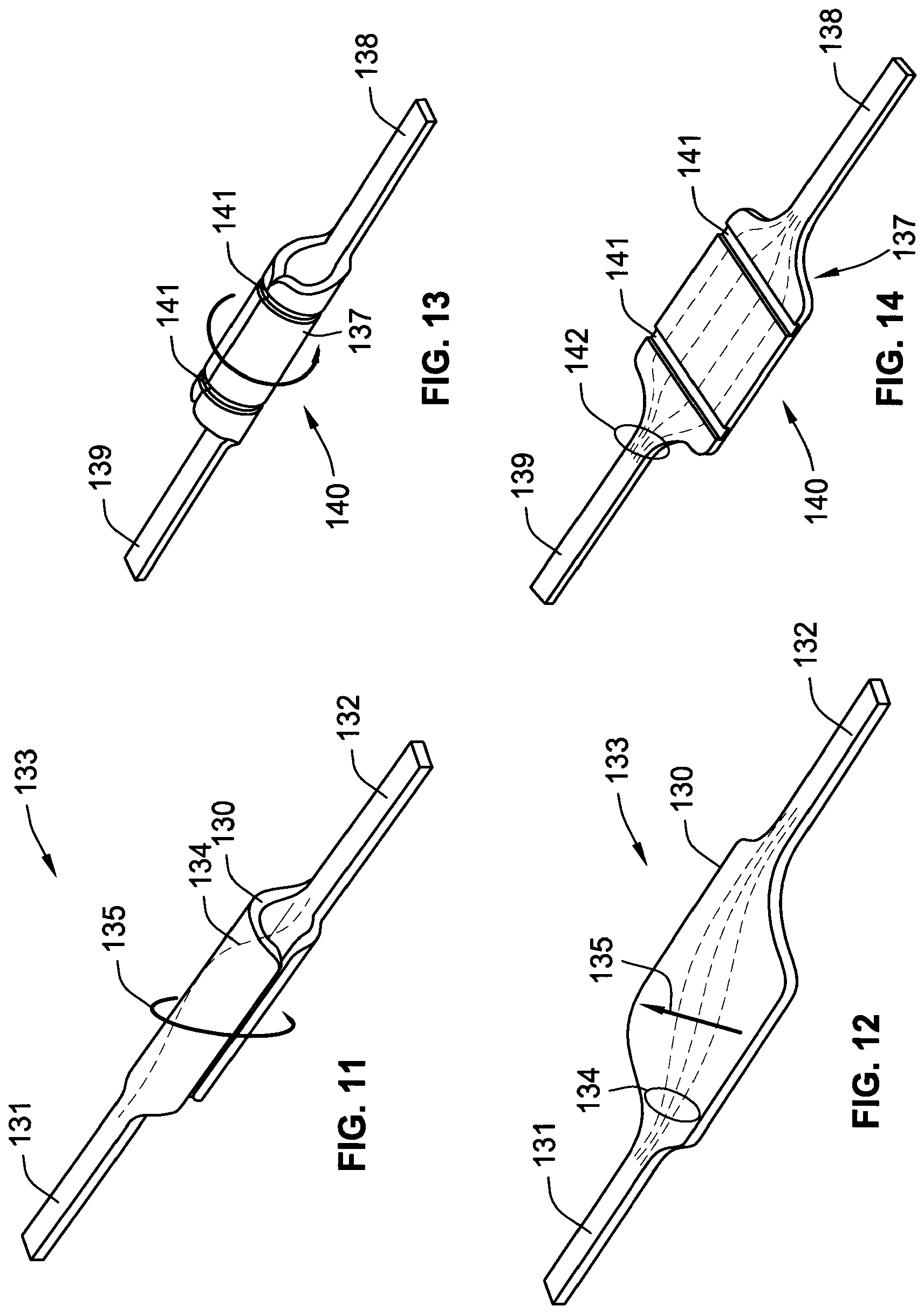 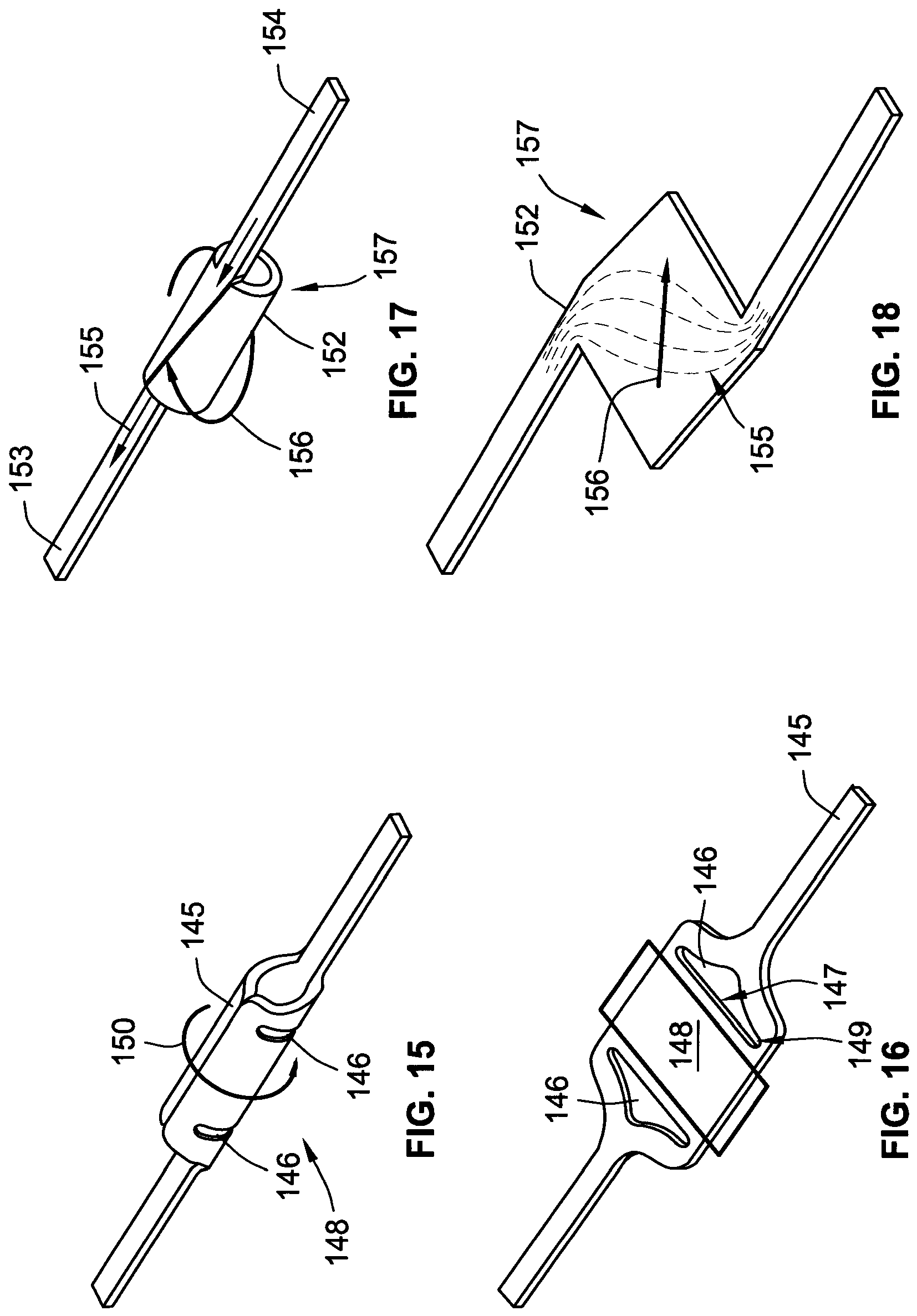 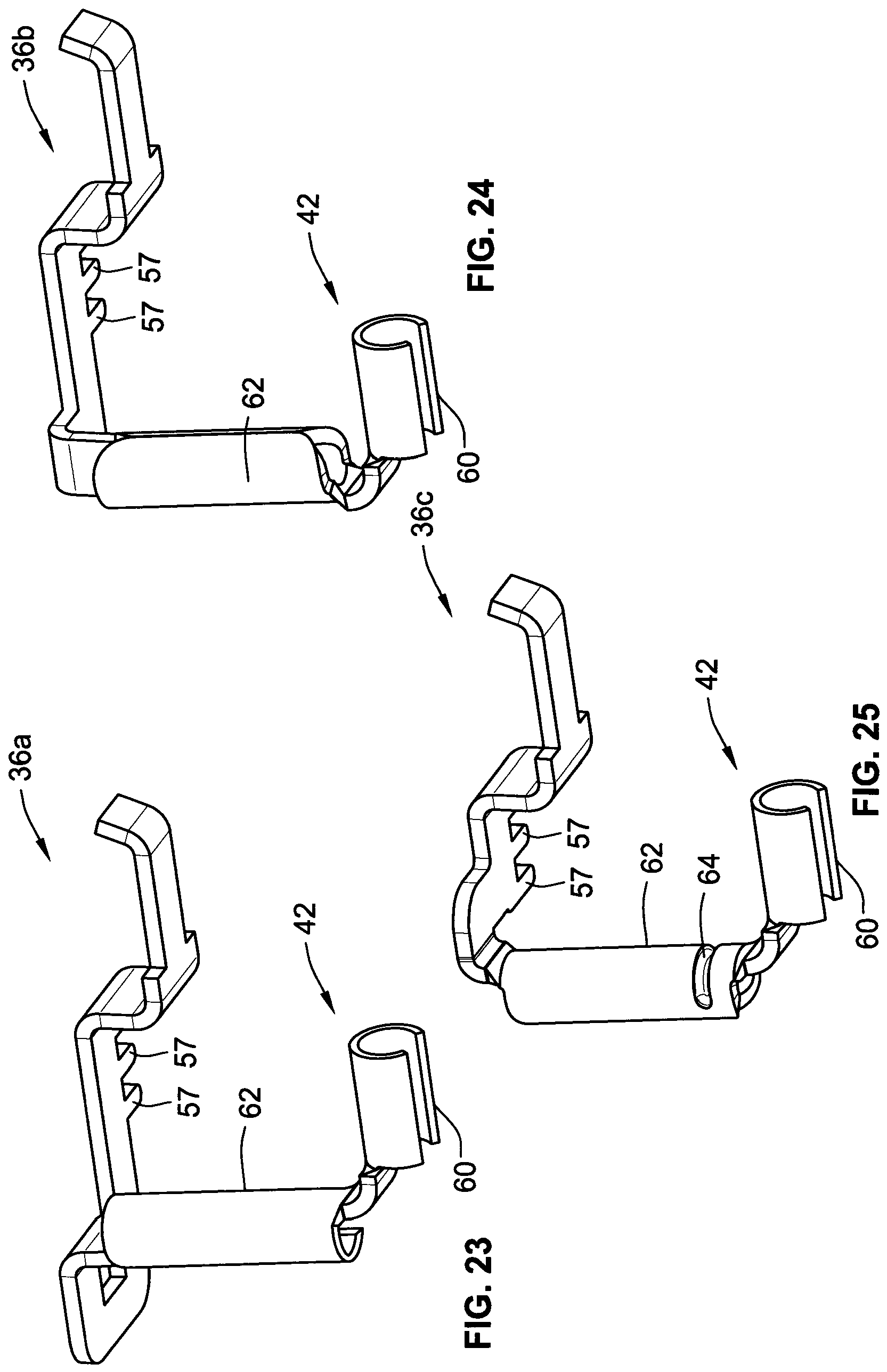