[0001] The present invention relates to a sensing sealant liquid container and to a kit for repairing inflatable objects, in particular tyres, comprising said container.

[0002] Sensing sealant liquid containers are known to be connected to a base of a kit comprising a circuit programmed and/or designed to activate the compressor only if a signal of a correct attachment of a sealant container outlet tube to the tyre is detected. This signal is generated by means of the sensing container.
[0003] In particular, WO-A1-2007102066, filed on behalf of the same applicant, describes a sensing container comprising electrical interface terminals arranged in close proximity to a retention clip holding the container at the base of the kit and in a lower area of the container.
[0004] The need arises to have a more flexible positioning of the interface terminals on the sensing container.

[0007] The invention will now be described with reference to the accompanying drawings, which illustrate an example of nonlimiting embodiment, wherein:

Figure 1 is a perspective view of a kit comprising a sensing container according to the present invention;

Figure 2 is a perspective view of a sensing container according to the present invention;

Figure 3 is a perspective view of a detail of Figure 1 with parts removed for clarity;

Figure 4 is a section along a longitudinal plane of an embodiment of the sensing container;

Figure 5 is a section not to scale along the plane having a trace V-V in Figure 4;

Figure 6 is a section not to scale along the plan having a trace VI-VI in Figure 4;

Figure 7 is an exploded view of the container of Figure 4; and

Figure 8 is a not to scale section according to the plan having a trace VIII-VIII in Figure 4, of the container illustrated in Figure 7. 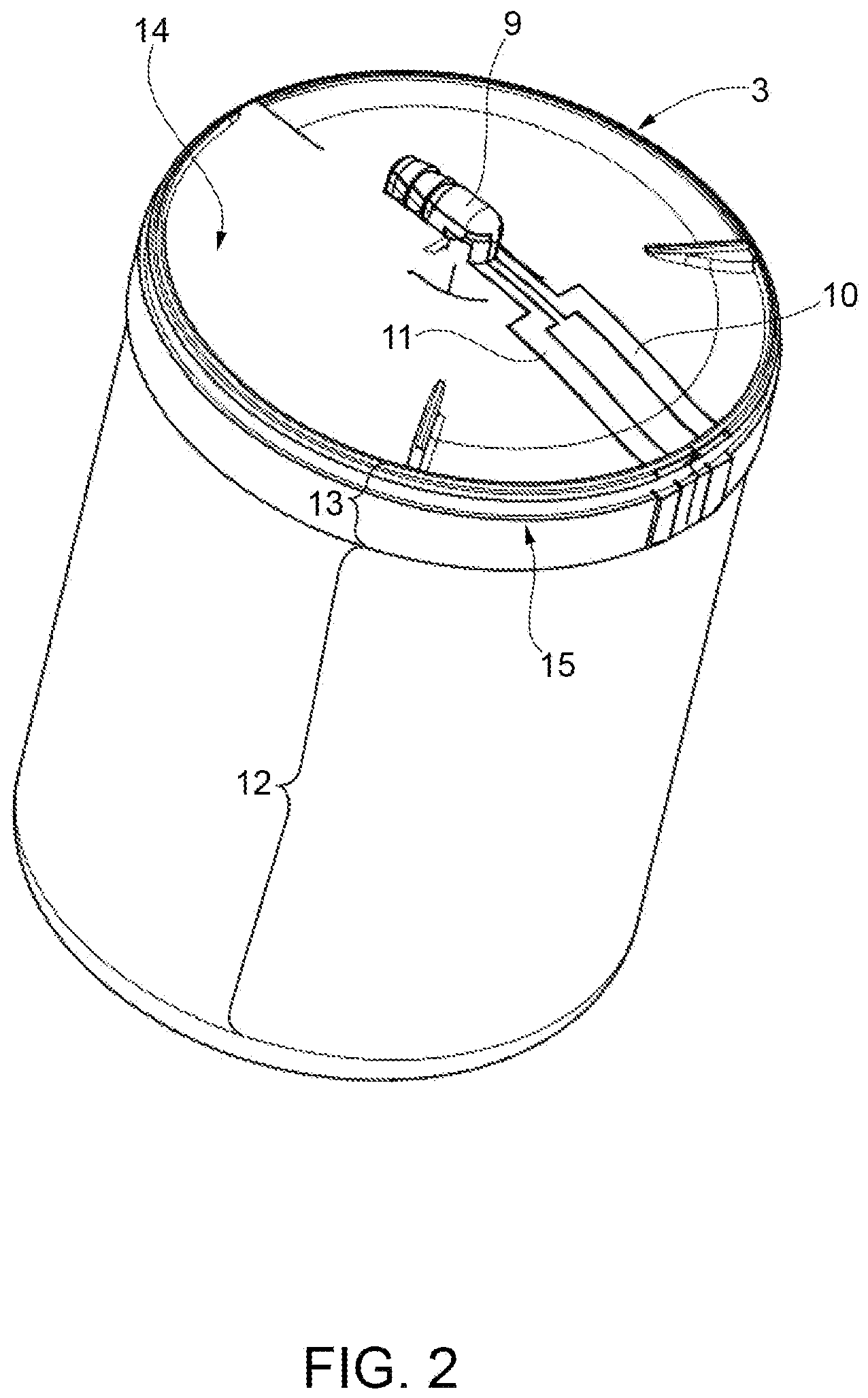 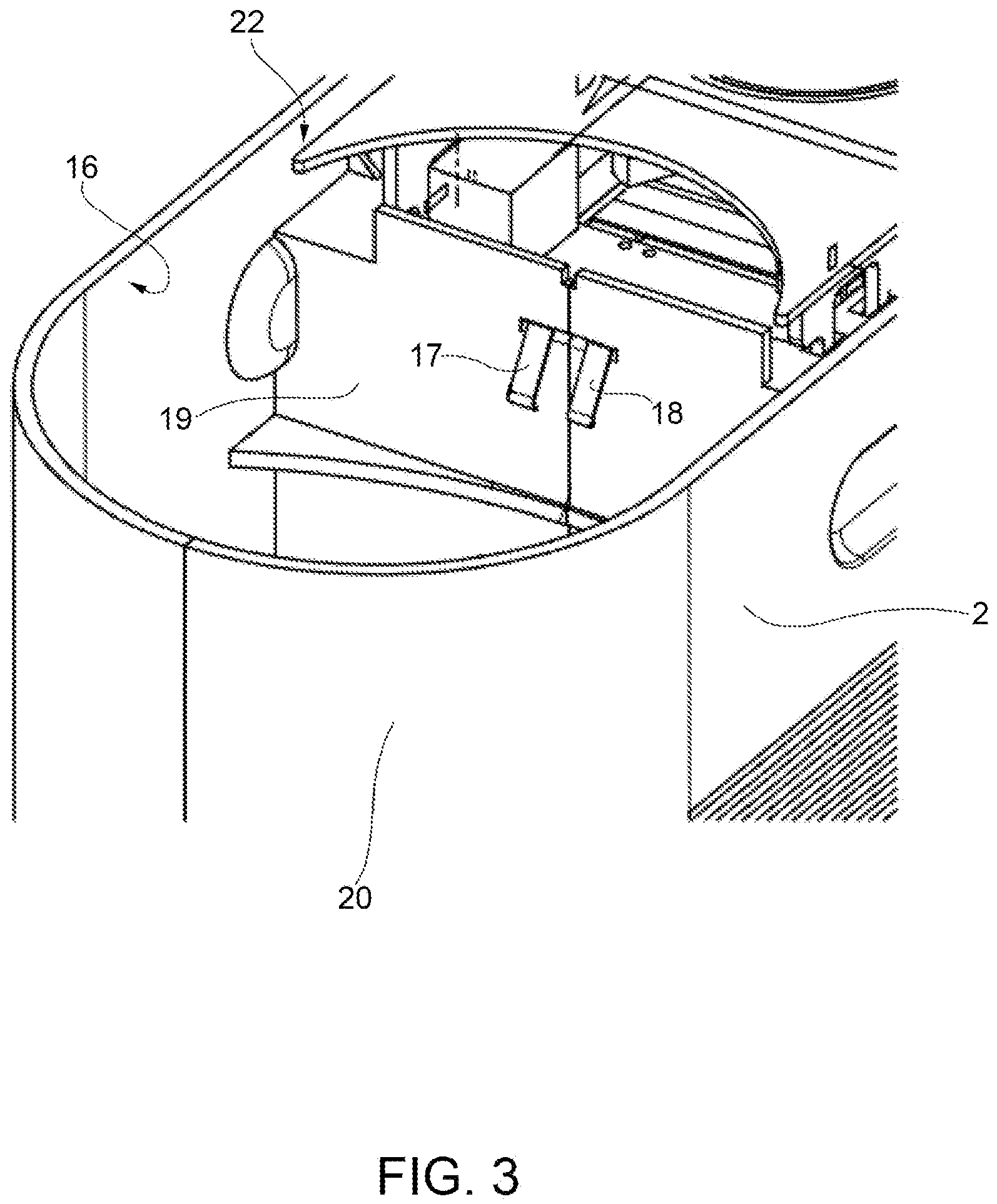 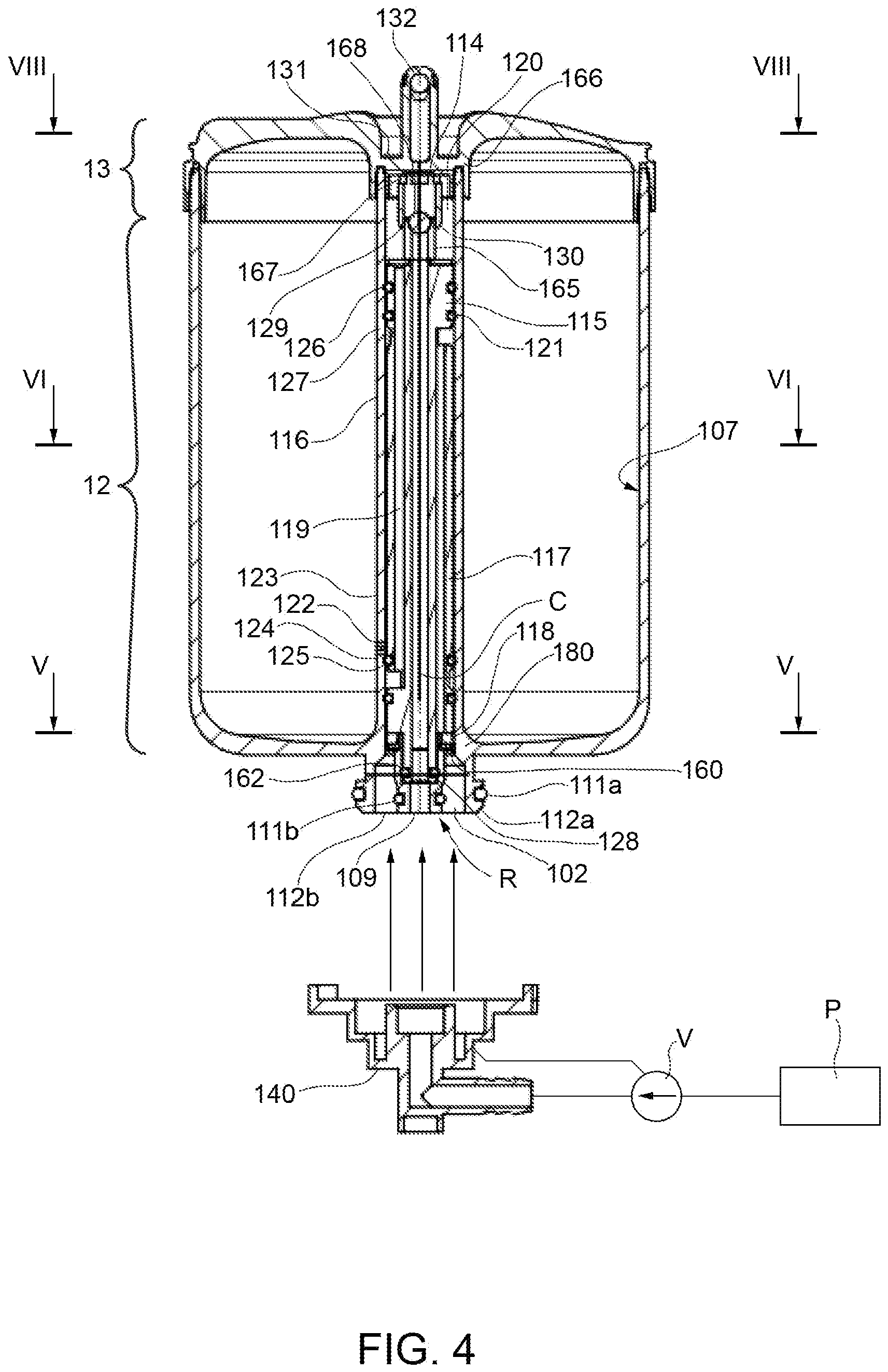 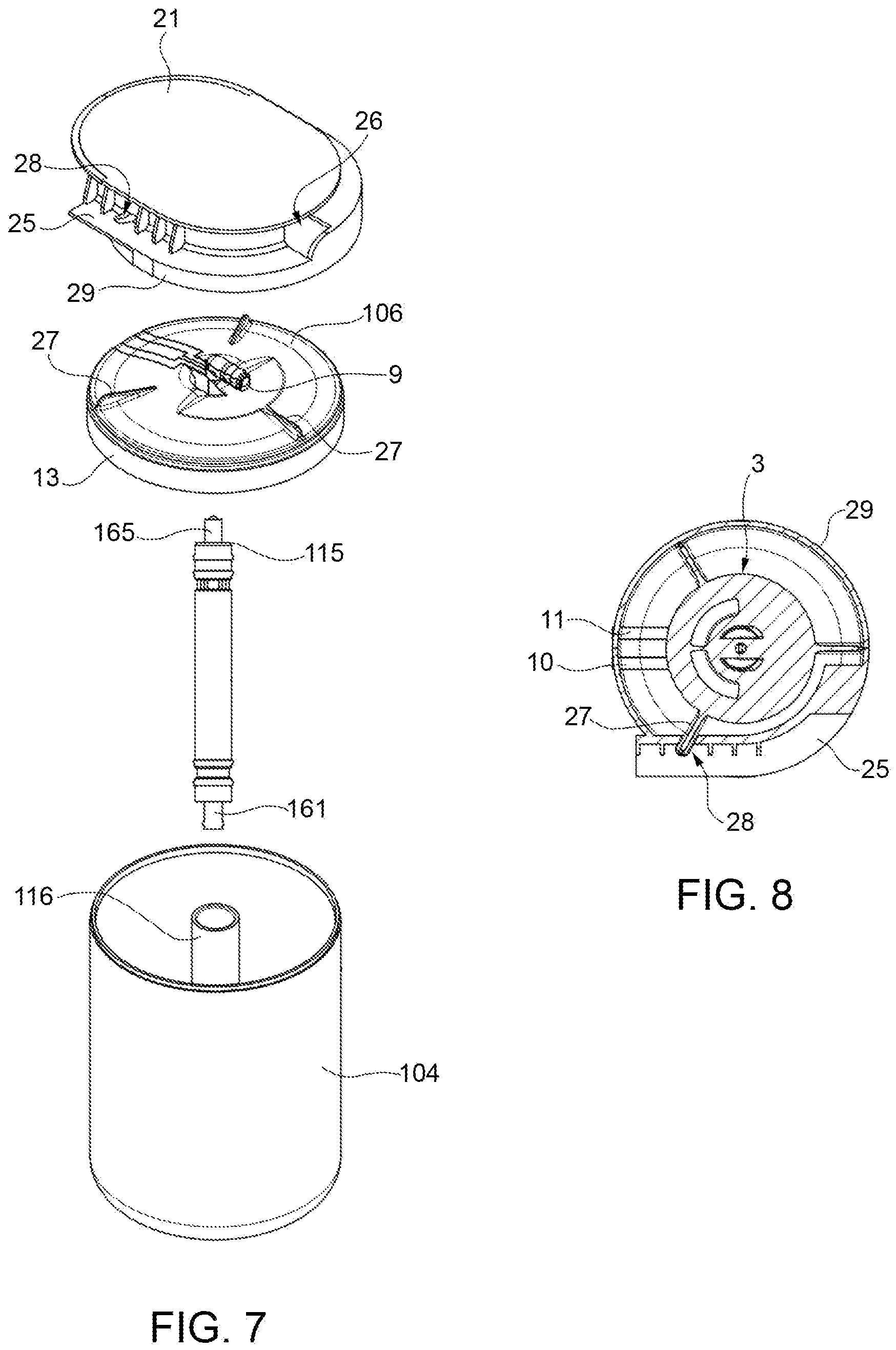