[0001] An aircraft engine includes thin-walled ducts and other fluid delivery components to transfer cooling air, fuel, and other fluids throughout the engine. Current components include complex assemblies made from numerous individually formed and cut pieces that are welded or brazed together. The closed channel shape of these fluid ducting components requires tooling mandrels that are removable from the ducting component upon completion of the electroforming process.
[0002] FR 2 092 478 A5 discloses the production of thin metal foil with a smooth and a rough side effected by an electrolytic method using a slowly rotating cathode roller with a passivated Cr surface, which is a replica of the required rough surface of the foil, which is 50% immersed in an acidic Cu electrolyte employing consumable Cu anodes.
[0003] US 6 004 447 A discloses an electroforming device and a process used to electroform a metal layer on an inner surface of a female mandrel. The electrolytic solution flows only through an electrolytic solution passageway that defines the inner surface as the walls of the passageway. The mandrel may include more than one electrolytic solution passageway, or multiple mandrels may be used in a sequential order to mass produce the electroforms.
[0004] US 3 299 492 A an electroformed inner tube tank unit which has a profiling accomplished in accordance with the process of the present invention so as provide thereby varying diameters of uniform or nonuniform length increments which may correspond to the liquid level increment chosen from predetermined profiling data.

FIG. 1 is a schematic illustration of an electrodeposition bath with a mandrel.

FIG. 2 is a cross-sectional view of a tool die in an open position and a coolant tube for forming the mandrel from FIG. 1.

FIG. 3 is a cross-sectional view of the tool die of FIG. 2 in a closed position surrounding the coolant tube.

FIG. 4 is a cross-sectional view of the tool die of FIG. 3 in the closed position with a structural wax provided around the coolant tube.

FIG. 5 is a partial isometric view of the mandrel of FIG. 1 with the coolant tube illustrated in dashed line.

FIG. 6 is a cross-sectional view of the mandrel of FIG. 1 including fittings according to an aspect of the disclosure discussed herein.

FIG. 7 is a cross-sectional view of the mandrel of FIG. 1 including fittings according to another aspect of the disclosure discussed herein.

a coolant circuit (79) at least partially passing through the electrodeposition bath (52) including:

a coolant tube (76) fluidly coupling the heat exchanger (78) with the cooling core (82) through which a coolant (Ce) can flow;

wherein the reclaimable material forming the mandrel (58) is a structural wax material.

6. The electroforming system (42) of either of claim 4 or 5, wherein at least a portion of the coolant tube (76) is removable.

8. The electroforming system (42) of any preceding claim, wherein the coolant (Ce) is an electrolytic fluid solution.

9. The electroforming system (42) of any preceding claim, wherein the mandrel (58) is coated in an electrically conductive material.

10. A method for producing a metallic component (77) with a mandrel (58) in an electroforming process, the method comprising:

placing the mandrel in an electrodeposition bath (52); and

flowing a coolant through a cooling core (82) within the mandrel to actively cool the mandrel;

wherein a reclaimable material forming the mandrel (58) is a structural wax material.

11. The method of claim 10, further including maintaining the mandrel (58) at a temperature below 100°C.

13. The method of any of claims 10 to 12, further including flowing the coolant through a heat exchanger.

14. The method of any of claims 10 to 13, further including coating the mandrel (58) with an electrically conductive material. 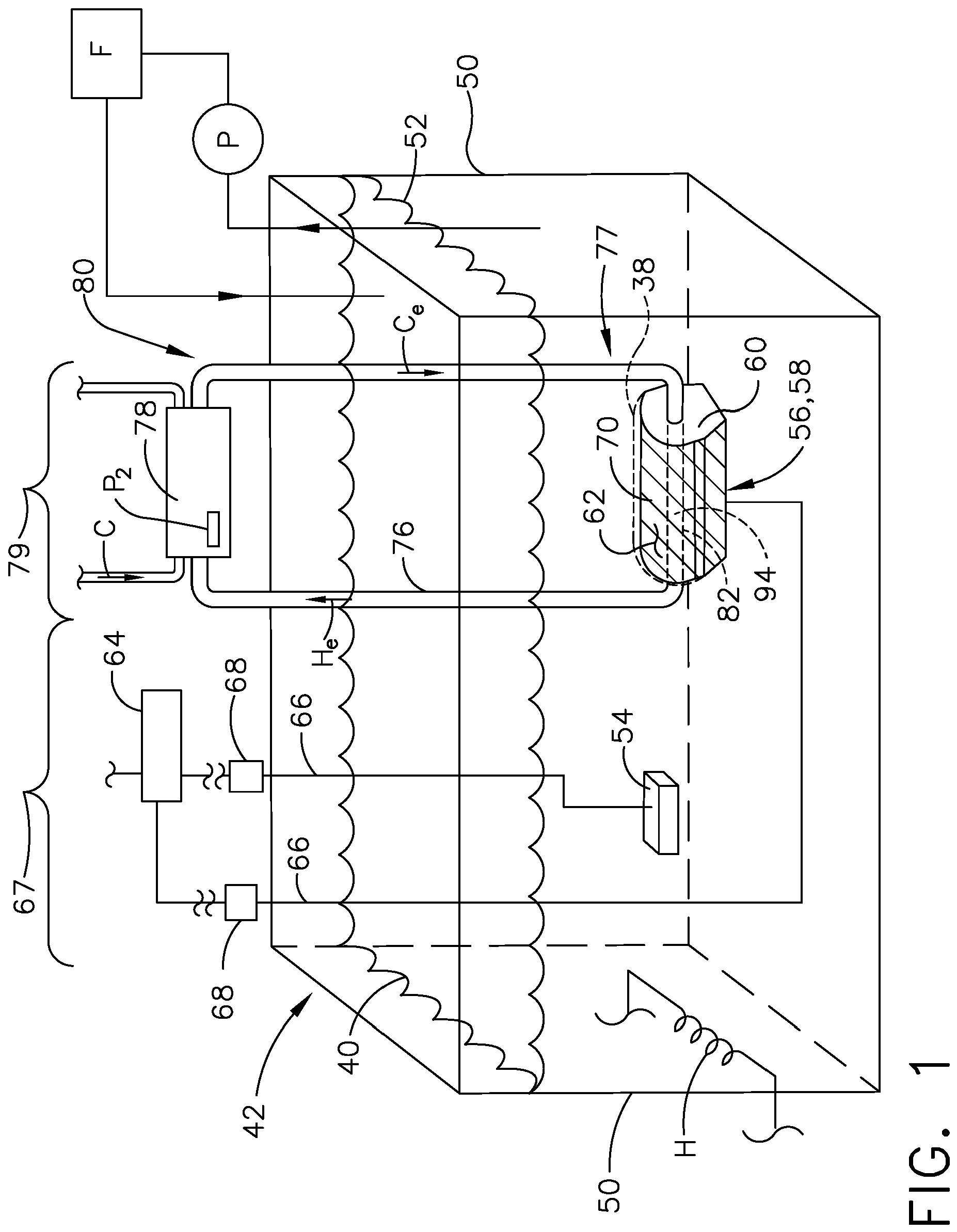 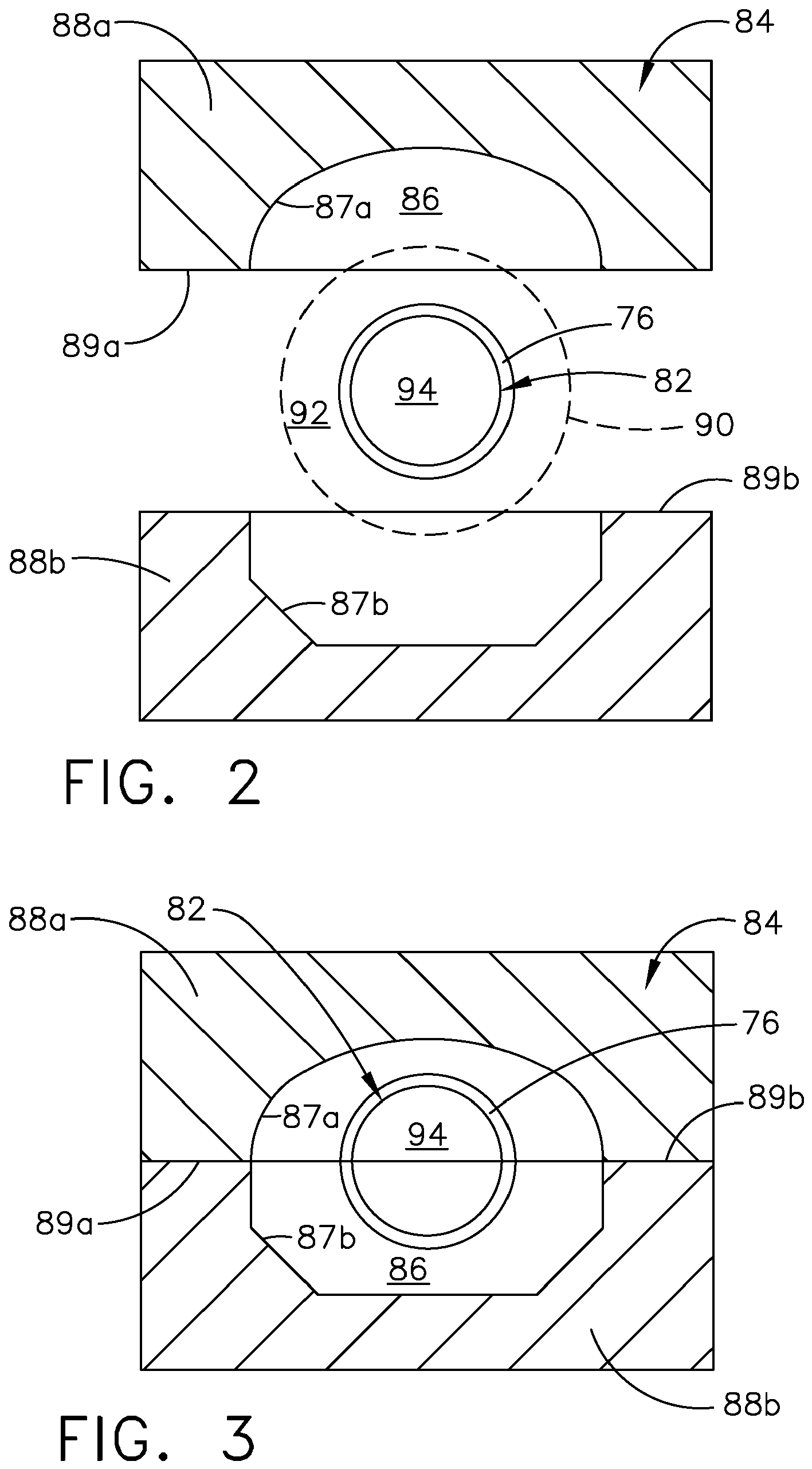 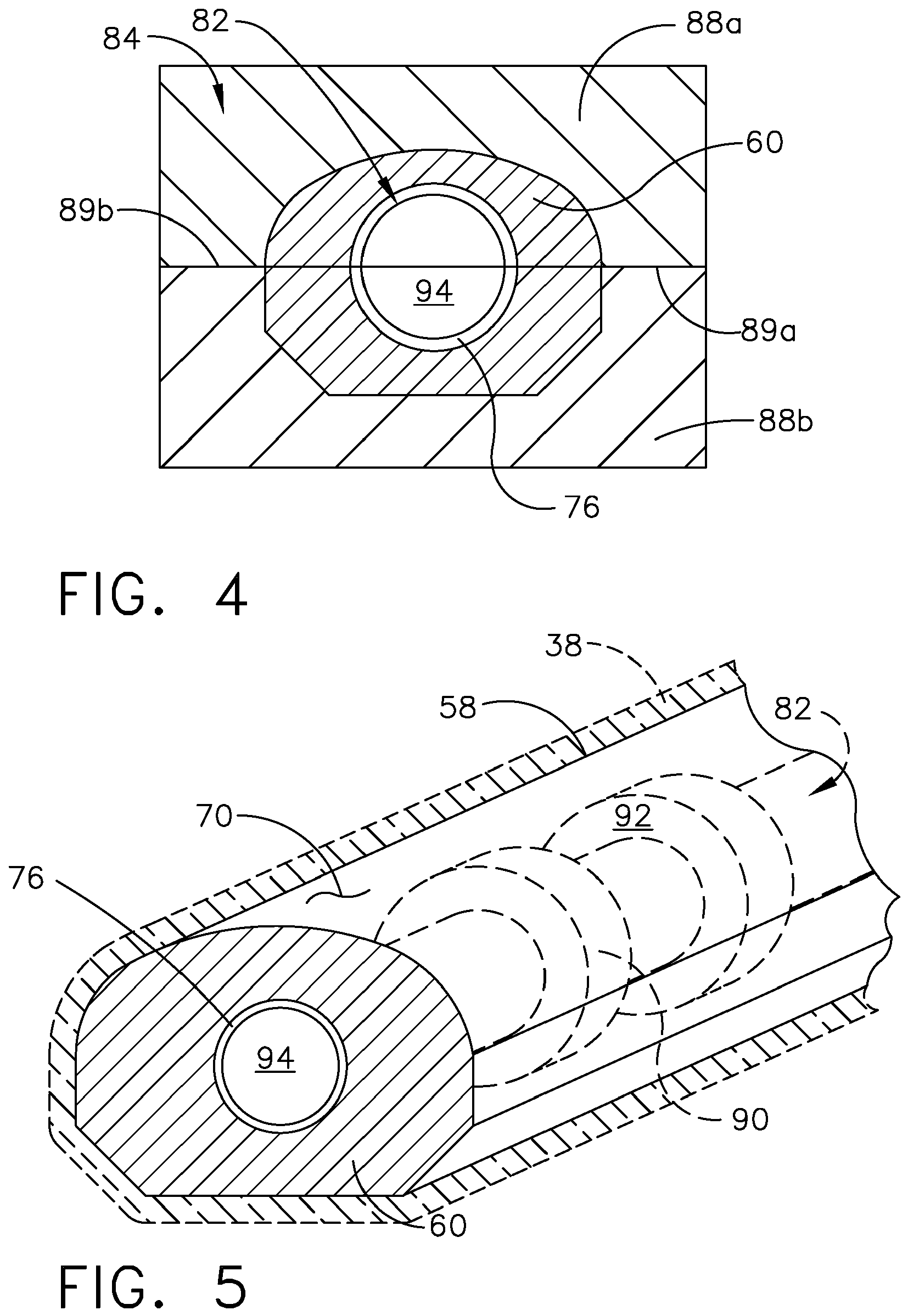 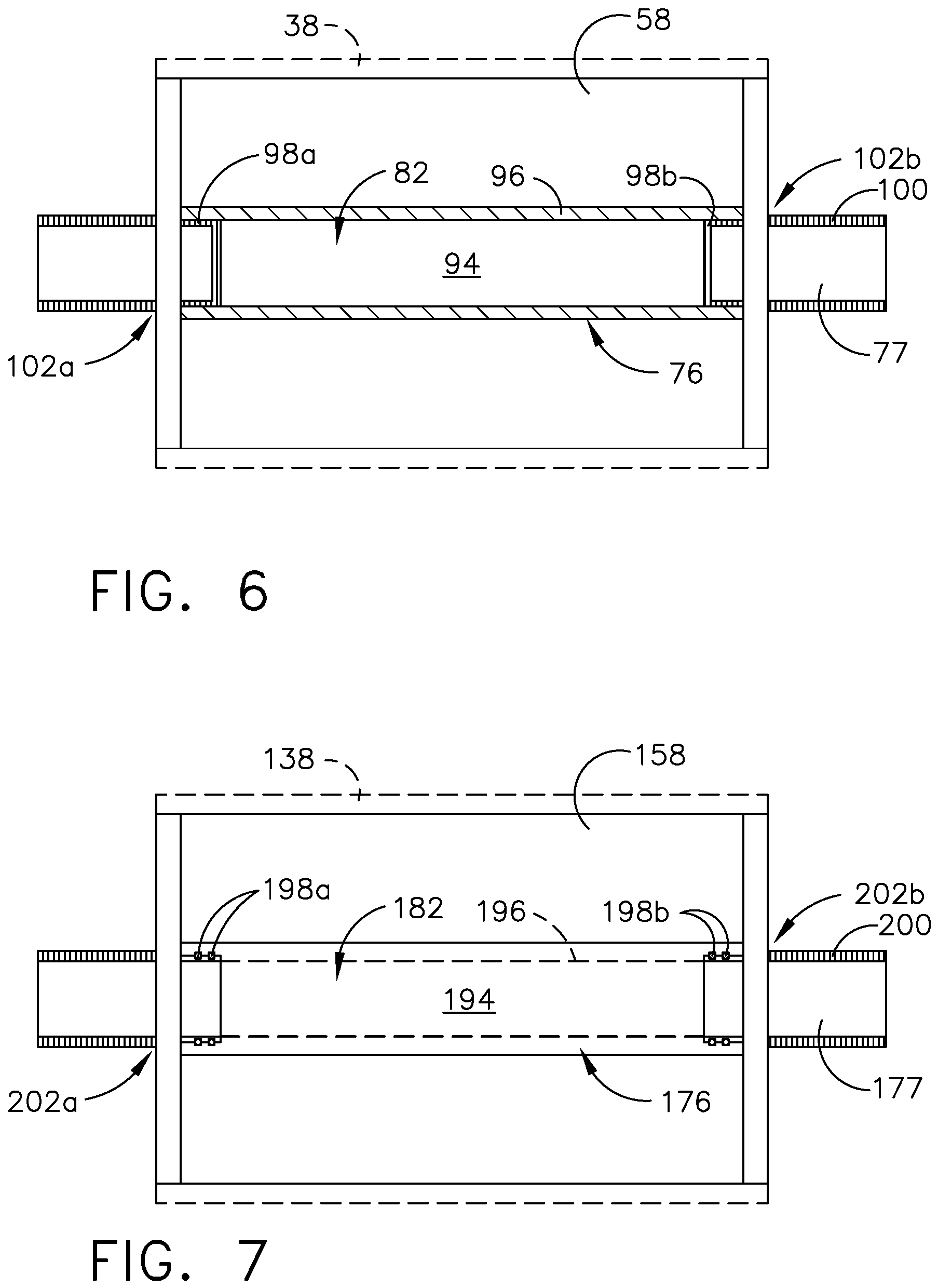