[0001] The object of the present invention is a zip with automatic coupling that is easy to use, versatile and especially useful for repairing damaged zips or for modifying the appearance of a garment, which makes it possible to mix and match different types of zips for the same garment or accessory.

[0002] Zip closure systems are commonly used in clothing and accessories. However, they tend to deteriorate with continued use, which requires a device or mechanism to solve this problem. For this reason, there is a need to provide a zip which precludes the need to send the zips to dressmakers for repairs when the closures have deteriorated.

[0003] An object of the present invention is a zip closure comprising an automatic coupling to the clothing based on a male-female joint or clip joint on both sides of the zip to make it easier to change it once the closure itself has deteriorated. More specifically, the zip closure object of the present invention comprises a part fixed to the clothing and an exchangeable part; the fixed part comprising first joining elements solidly joined to a garment by one of the sides thereof and which can be joined on the opposite side to the exchangeable part, which comprises second joining elements disposed longitudinally, in parallel with respect to a zip closure and fixed to said zip closure, the first joining elements and the second joining elements together forming a male-female joint or clip joint.
[0004] The use of the present invention avoids damaging garments during repair, since the zip closure does not have to be sewn or unsewn since it is only necessary to unhook the exchangeable part (comprising the zip itself) from the fixed part and placing a new one, joined by means of a clip joint or a male-female joint. Furthermore, due to its small size, it is possible to always travel with a spare.
[0005] Throughout the description and the claims, the word "comprises" and its variants do not intend to exclude other technical characteristics, additives, components or steps. For experts in the art, other objects, advantages and characteristics of the invention will become apparent in part from the description and in part from the practice of the invention. The following examples and drawings are provided by way of illustration and are not intended to restrict the present invention. In addition, the present invention covers all possible combinations of particular and preferred embodiments herein indicated.

[0006] Below is a very brief description of a series of drawings that aid a better understanding of the invention and that are expressly related to an embodiment of said invention presented as a non-limiting example thereof.
[0007] FIG.1 shows a schematic frontal view of the zip object of the invention.

Description of a detailed embodiment of the invention

[0008] As provided in the figure attached herein, the zip comprises a part fixed to a garment (4) comprising a first joining element (1,1') fixed on both sides of an opening of the garment (4) and logically facing each other. That is to say, each first joining element (1, 1') has one side fixed to opposite sides in the opening of the garment (4), while the other side can be solidly joined in an exchangeable manner with second joining means (2, 2') which, together with the zip (3) itself, form an exchangeable part if the zip breaks, since the second joining elements (2, 2') are disposed longitudinally and in parallel with respect to the zip closure (3) itself and are fixed to said zip closure (3).
[0009] In a particular embodiment, the first joining elements (1, 1') and the second joining elements (2, 2') joined one by one together form a male-female joint or clip joint.
[0010] Thus, thanks to the invention so described, it will be possible to prevent burst seams, which lead to defects in the garments, to the extent repairing the entire zip will not be necessary. Furthermore, repair costs go down, since at present the garment has to be unsewn and the zip must be resewn, while with the device of the invention this task will be as simple as unhooking the replaceable part from the fixed part of the zip and placing a new one. Furthermore, repair times are much shorter.
[0011] On the other hand, the invention makes it possible to adapt different zip models to the garment or accessory depending on the consumer's tastes, which leads to innovations in the appearance of the garments at a low price.
[0012] The proposed invention, moreover, prevents the zips from coupling to the textile part of the garments. The reason for this is because the zip (3) has a (male-female) guide (6) on the inside of the zip (3), which prevents it from entering into contact with the garment (4) and makes it possible to unhook the male from the female if the slider (5) were to break. This makes it easier to separate the zip (3) from the garment (4) without having to force the zip (3) and avoid major tears in the garment (4).
[0013] The term garment (4) in this description does not only mean clothing, but also accessories (such as, for example, handbags or purses) and footwear, to the extent the invention can be directly used in any item that needs or uses a zip closure.

1. A zip with automatic coupling, characterized in that it comprises a part fixed to the clothing (1, 1', 4) and an exchangeable part (2, 2', 3), the fixed part comprising first joining elements (1, 1') solidly joined to a garment (4) by one of the sides thereof and which can be joined on the opposite side to the exchangeable part, and second joining elements (2, 2') disposed longitudinally, in parallel with respect to a zip closure (3) and fixed to said zip closure (3), the first joining elements (1, 1') and the second joining elements (2, 2') together forming a male-female joint or clip joint.
2. The zip according to claim 1, wherein the zip closure (3) is a double slider zip.
3. The zip according to any one of the claims 1-2, wherein the zip (3) has a male-female guide (6) inside the zip (3), which prevents it from entering into contact with the garment (4). 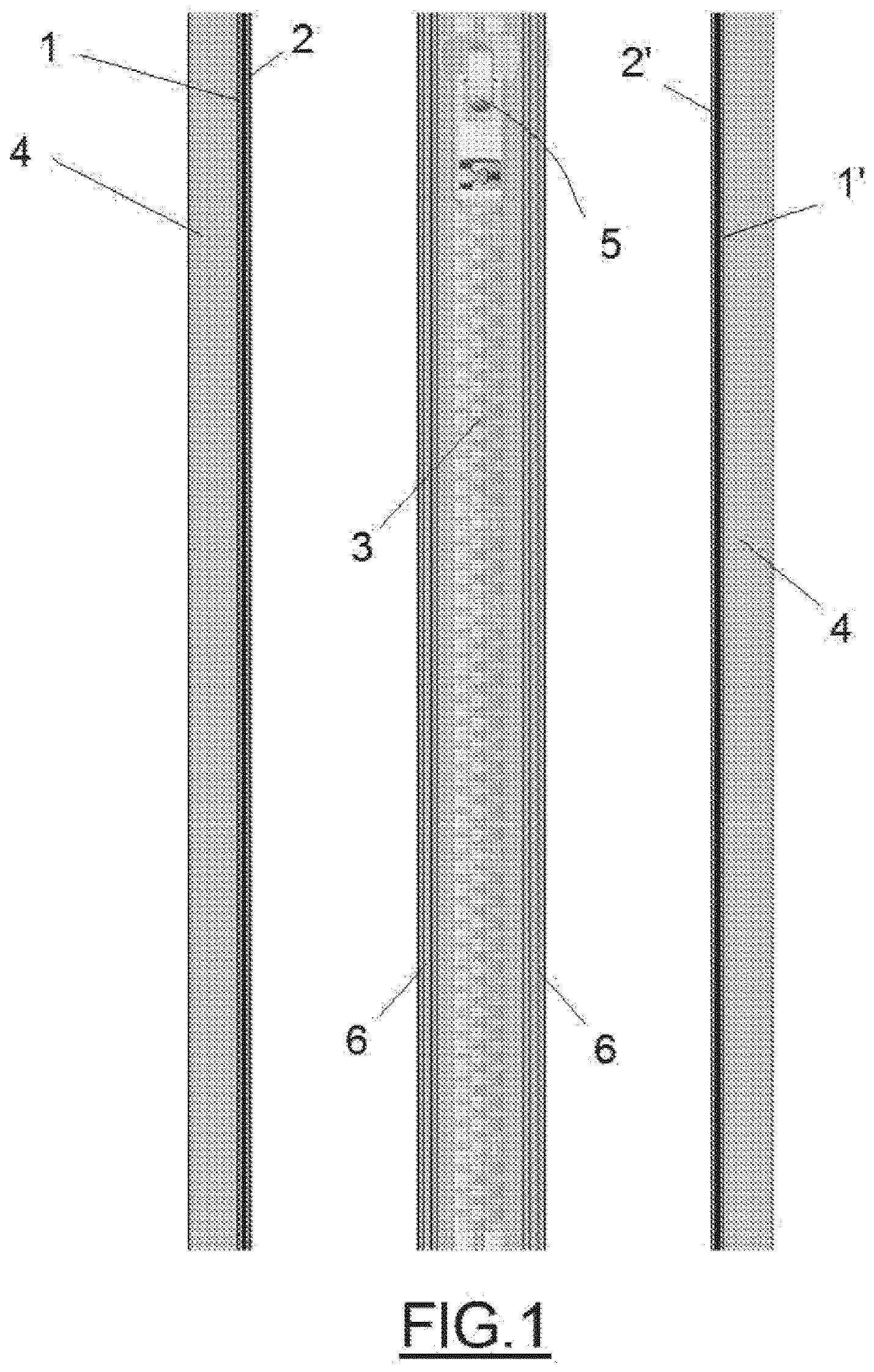 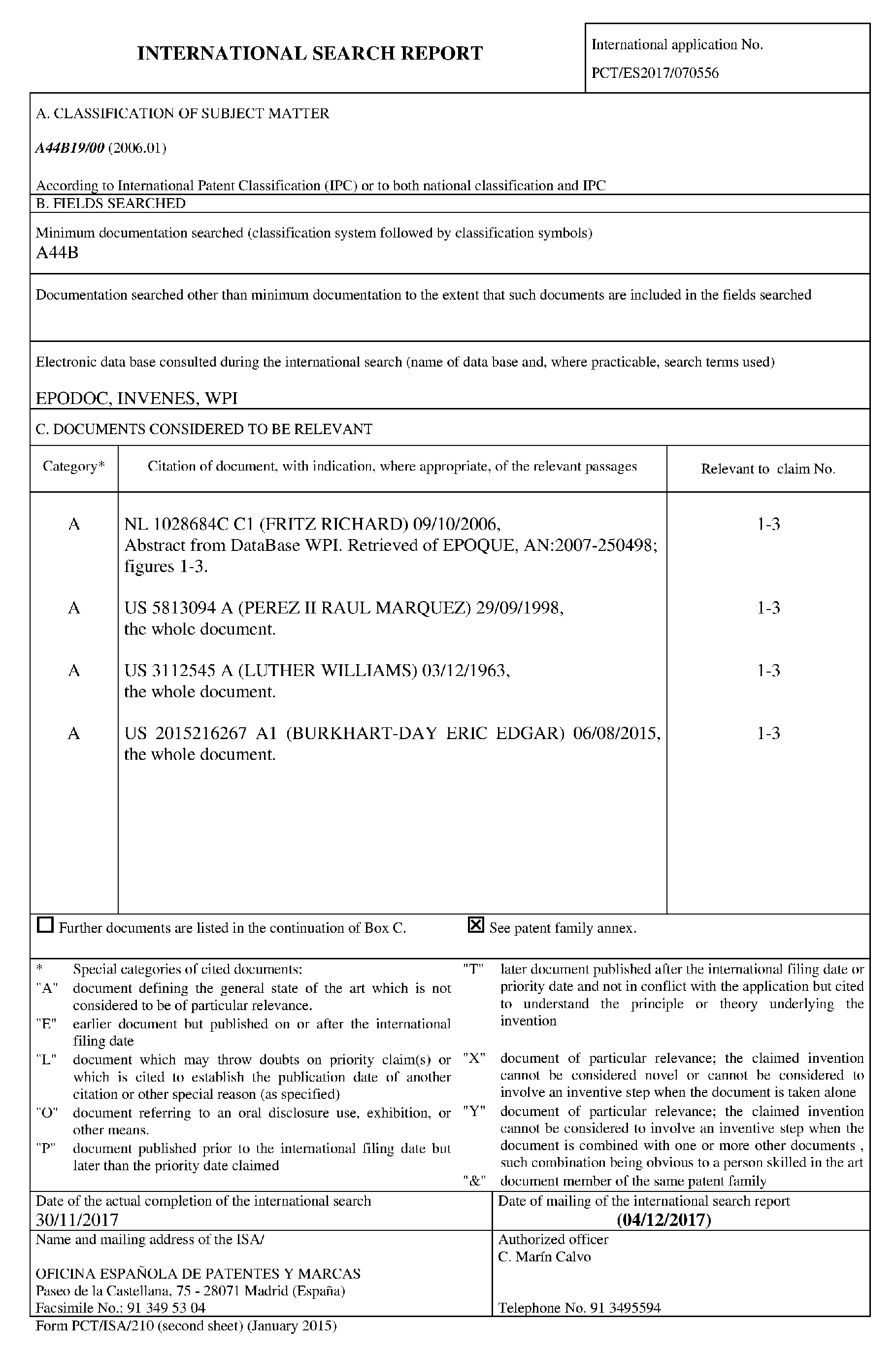 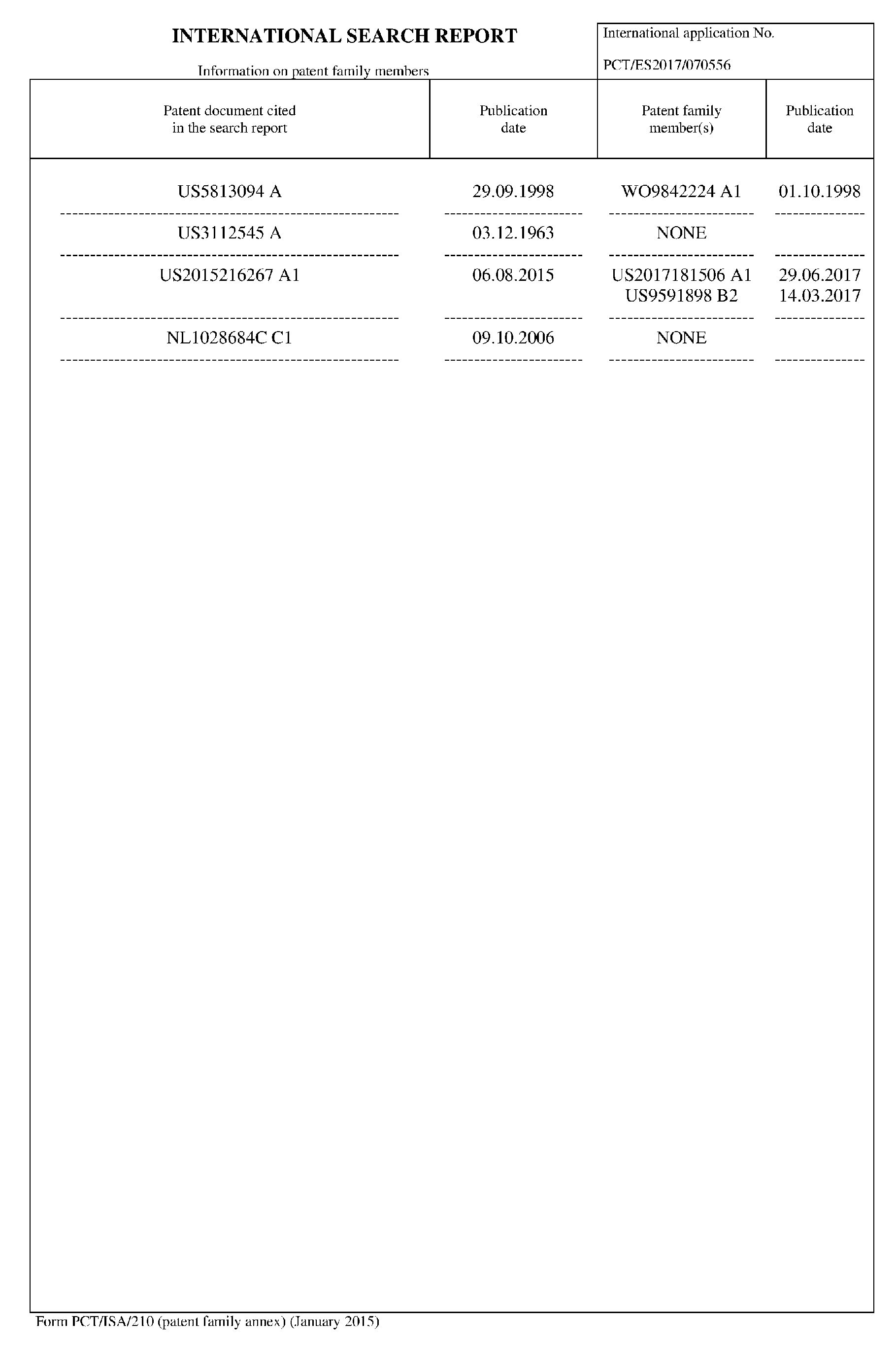