[0001] The present invention belongs to animal experimental equipment in medical and biological fields, and mainly relates to an improvement of a laboratoryrodent holding device.

[0002] Alaboratory rodent holding device is an essential equipment for handling awake rodents as experimental subjects. Products or solutions with various structures have been introduced for users to choose and have provided some convenience for animal experiments. However, most of the existing products or solutions fix the body of a rodent by restricting itsmoving range from head to tail in a substantially enclosed container. Thus, although the fixation can be reliable, the body itself cannot be completely restricted in most cases; and the substantially enclosed container almost completely covers the rodent's body, thereby preventing any operations on it. In some cases where are stricted rodent can be operated, there is still the problem that the exposed portion of itsbody is not enough, which limits the operation choices, including subcutaneous, intra-peritoneal, and intravenous injections.

[0003] The object of the present invention is to overcome the above-mentionedlimitations and develop a rodentholderallowing for a larger exposure of bodily area with a concomitant reliable restriction of a rodent, hencemeetingwider operational needs of an experiment. The present invention proposes a technical solution with such performance for the pointed technical problems to be solved.

Solution on the problem

[0004] The specific content of the present invention is, that the rodent holder includes a frame, a rodent body-restrainer associated with the frame body, and coupling components connecting the frame and the restrainer. Wherein, the restrainer is a grille-shaped component with two halvesfunctioningtogether in a clamped manner, imitating or approximating the outer shape of arodent and restricting it at its position, and the coupling components further comprise adjustment components capable of changing the position of the grille.
[0005] A grille resembling or approximating the shape and size of a rodent body ensures the fitness and vicinity of the grille to the corresponding part of the rodent body. Adjusting the position of the grille-type restrainer is required for the grille to effectively clamp and relaxarodent body, to adapt to variable rodent bodies of different sizes, to stably and reliably limit the movement of the rodent, and to timely release the rodentat the completion ofan experiment; The grille-typerestrainer can also significantly reduce the coverage of a rodent body and expose more bodily area, there by stabilizing body temperature and facilitating experimental operations. The object of the present invention is thus achieved and the raised technical problems are solved.
[0006] The object of the present invention can be further achieved by the following scheme.
[0007] The connecting components of the present invention comprise of pairsof sliding bars that can adjust and fix the position of the grille-shaped restraineralongside the rod-typeframe or the relative positions between the two halves of the grille, pairs of sliding bars and pairs of one- or two-wayscrews to adjust the positions of the sliding bars, and pairs of ratchet-ratchet couplingsthat can adjust the relative shape or anglesof each grille finger.
[0008] The pairs of sliding bars, screws and ratchets are all coupling pairs that can change the relative positionsof the connected components, that is, to change the relative positions between the fixed and movable components, between the active and the passive components, or between the ratchets; and the sliding or moving couplings can also be fixed at a new position towards each other. Due to the structural characteristics of the two-wayscrews and the ratchet-ratchet coupling pairs, the two mating halvesof the grille can be relatively fixed after adjustment; the two-way screws with opposite transmission directions can move the coupling parts towards or away from each other,endowing a higher adjustment efficiency while adjusting the relative position.
[0009] The present invention is provided with a supportive standing platethat is connected to the front of a frame below a grille,or with a supportive rail connected to the lower end of each grille finger,for an experimental rodent to enter into the clamping position. Both the plate and the rail can help the experimental rodent to enter or exit the rodent holder before and after being restrained.
[0010] The frame of the present invention is a rod-like structure and has detachable and adjustable supportivelegsthat can uphold it in either a downside-up or an up-side down manner.The rod structure can leave more space and provide more convenience to an experimenter. Originally used as a supporter for the grille-like restrainer, the frame cannot only still maintain the support to the hanged restrainer in itsflipped position, but also turn what is beneath the grille upwards, thereby making the abdomen of a rodent body held by the grille facing upward.This provides more convenience for an experimenter; the removable supportive legsfacilitate adownside-up or upside-down conversion of the frame and the grille, meeting an experiment with such needs, increasing operational options, and are easy to mount, transport and store.
[0011] At the rear of the frame, a removable tail plate that is connected to and adjusted in its relative horizontal position to the frame via a vertical plateis provided.The height of the tail platecan also be adjusted according to the heightsof the frame plane and the restrained rodent body. The tail plate has a slit for placing a rodent tail on its surface. An illuminating and heating light source is provided below the plate under neath the slit. Aglass magnifierisanchoredon the tail plate above the slit, whose position is adjustable in relative position to the tail plate.
[0012] A tail plate belongs to the extension of the frame of a rodent holder, that is, it is for the fixation of a rodent tail. A light bulb underneath the slit canilluminate and dilate the tail veins through heating, which eases a tail operation. A glass magnifier above the slit improves an experimenter's vision of the tail. Anadjustable cooperation between the tail plate and the frame in both horizontal and vertical directions can meet the needs of various experimental operations.

Beneficial effects of the invention

[0013] The present invention utilizes a contouring grille fit for different rodents, various types of adjustable components for changing the position of the grille, a supportive standing plateor a finger-connecting rail, a frame and its removable and adjustable supportive legs. Besides being more convenient to restraina rodent, the holder can adapt to various bodily shapes and sizes, and is easy to operate. While restraining a rodent, the holder leaves a largely exposed bodily area of the rodent, thereby fitting various rodent experiments; Its reversed position also increases the flexibility of the use of the device, so that the ventral side of arodent body can be placed in a convenient operable position.The glass magnifier placed above the tail improves the visual environment of the operation, bringing a fuller range of operation on there stricted rodent. The device is simple and unique in its structure, making it easy to manufacture, install and use.

Brief descriptions of the drawings

Figure 1 is a schematic structural view of a laboratoryrodent holder;

Figure 2 is a frontal view of Figure 1;

Figure 4 is a frame-supportive leg;

Figure 6 is a reverse view of a laboratoryrodent holder in Figure 1, but without a tail-fixing plate at the rear end;

Figure 7 is a frontal view of Figure 6;

Figure 8 is a schematic structural view of a sliding tapered pair with a tapered sleeve and a tapercore;

Figure 9 is a partial frontal view of a laboratory rodent holder with a supportive standing plate in the front and a finger-rail connected to the lower part of a grille;

Figure 10 is a frontal view of a laboratory rodent holder with supportive legs of adjustable height.

Best mode for carrying out the invention

[0016] The present invention will be further described below in conjunction with the accompanying drawings and embodiments.
[0017] The first embodiment is a laboratory rodent holder with supportive legs, see Figures 1 to 5.
[0018] The frame body (7) of the present example is a

-shaped rod structure on a horizontal plane.On both ends of each of the two horizontal rods of the 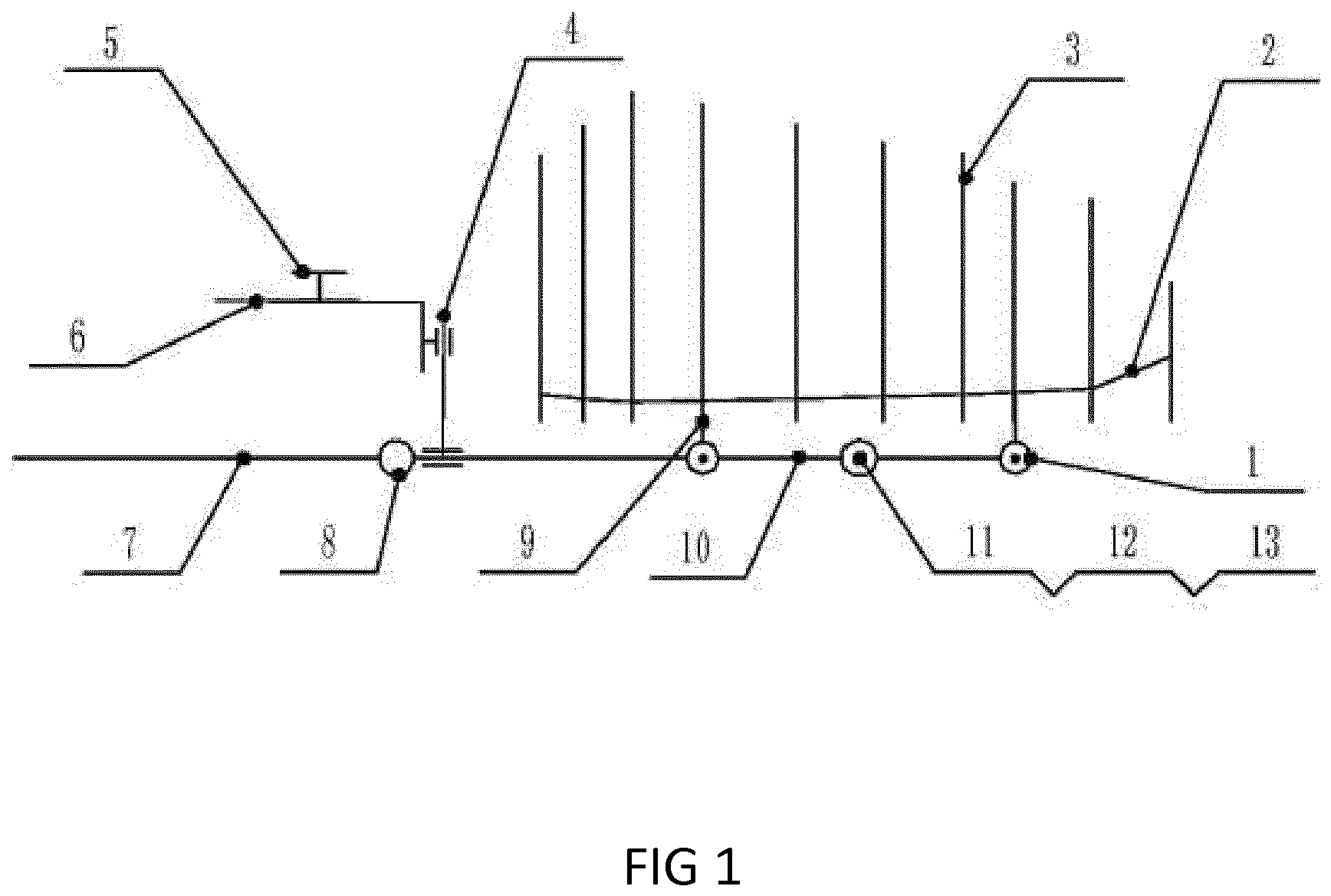 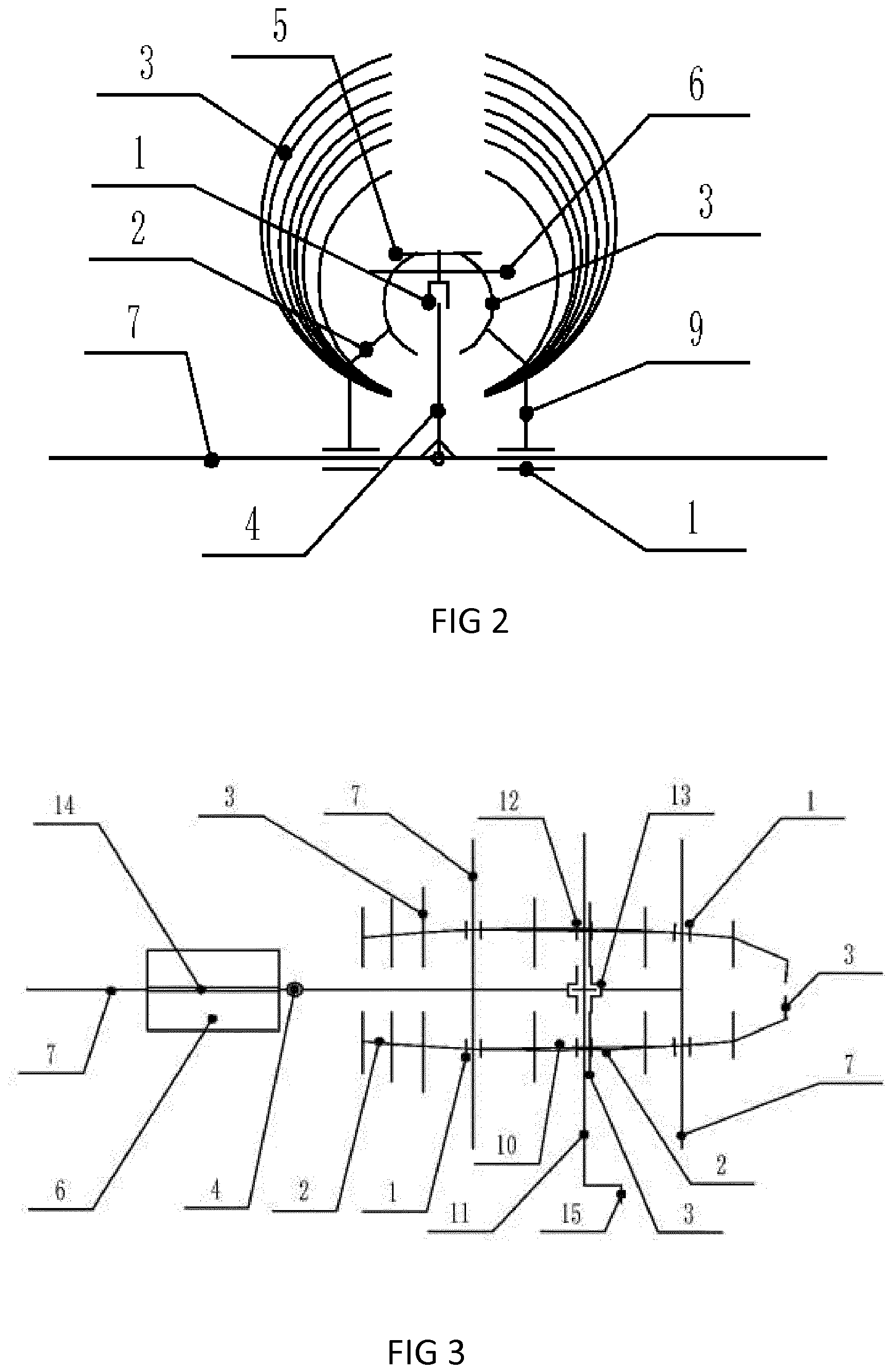 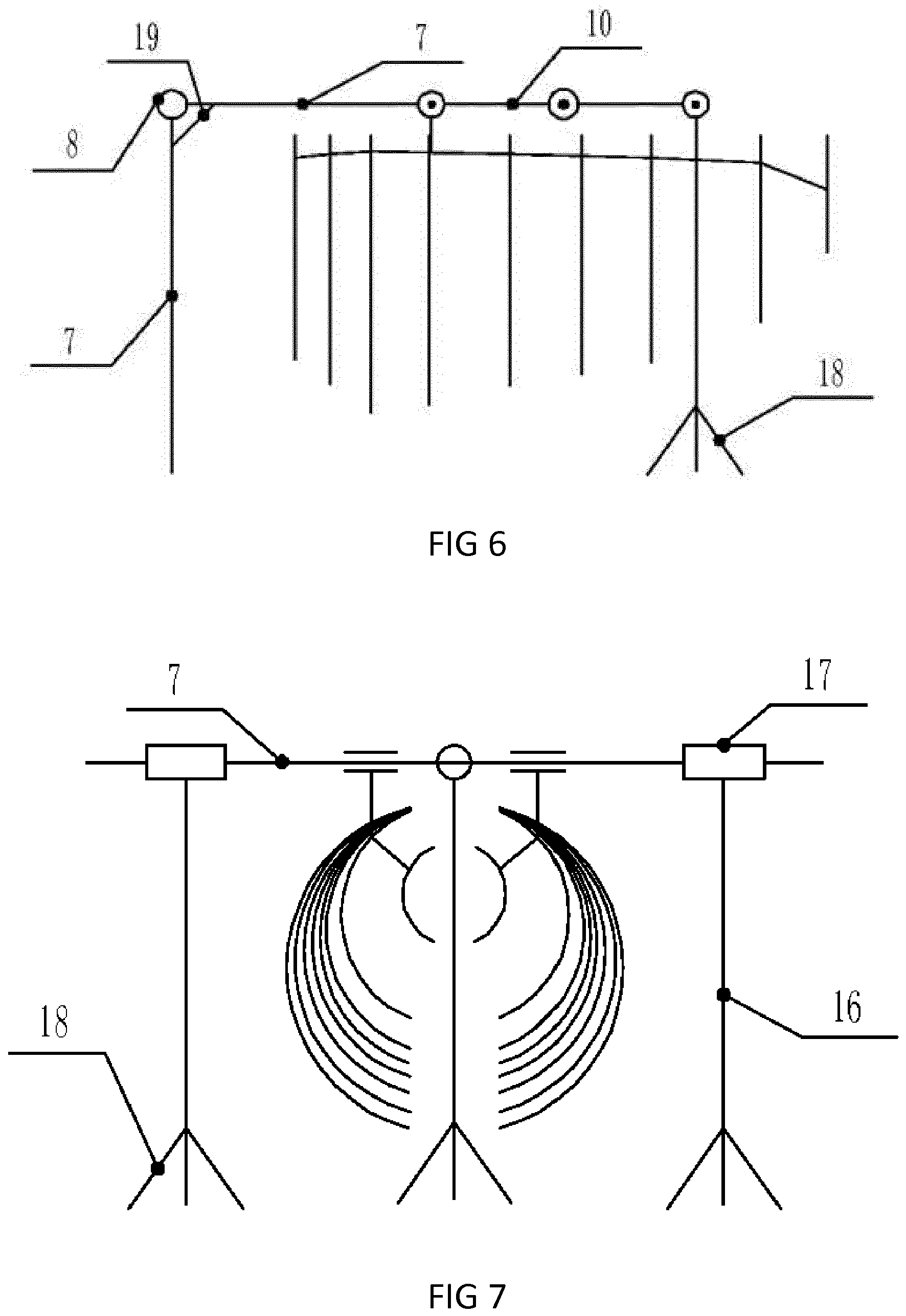 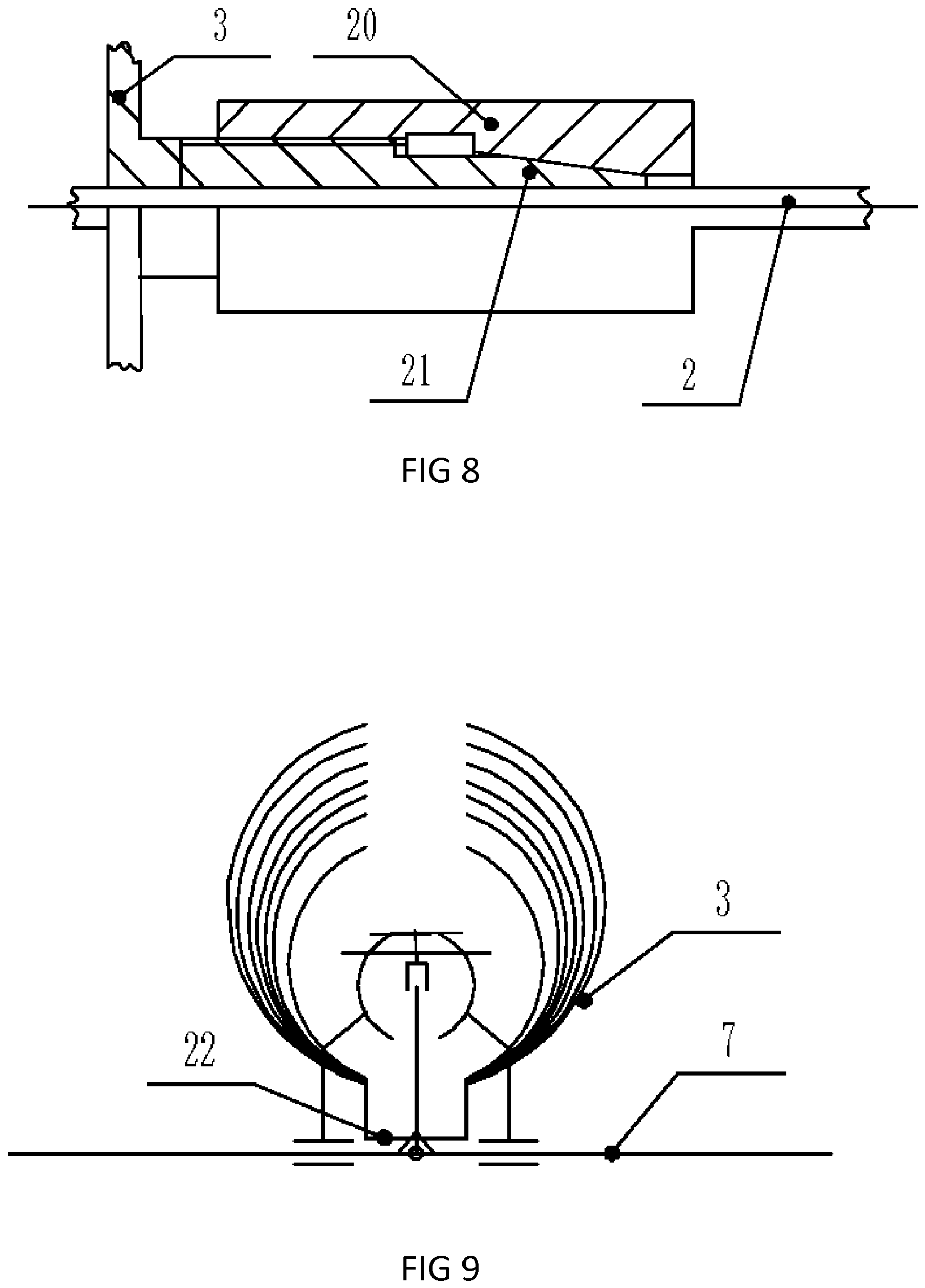 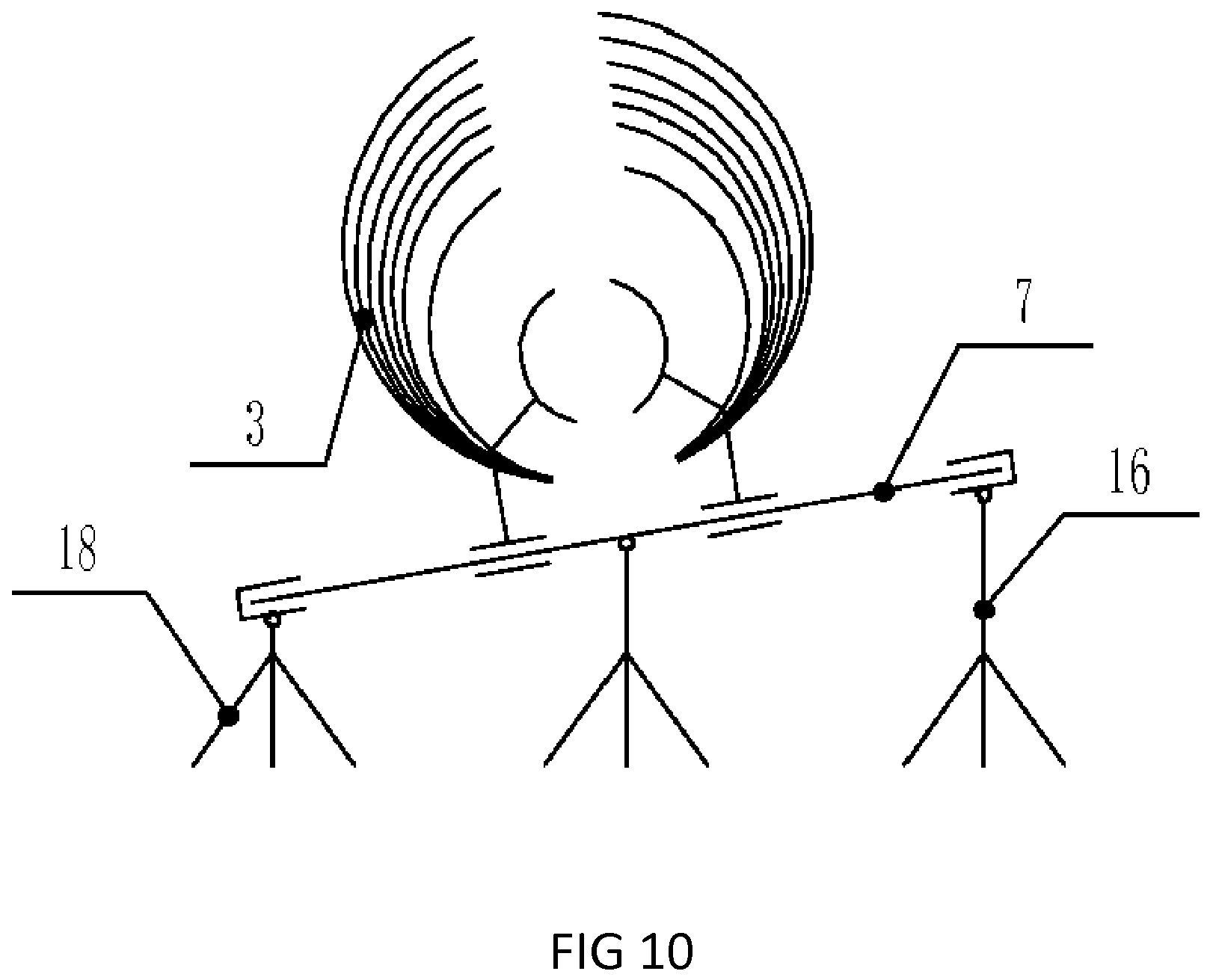 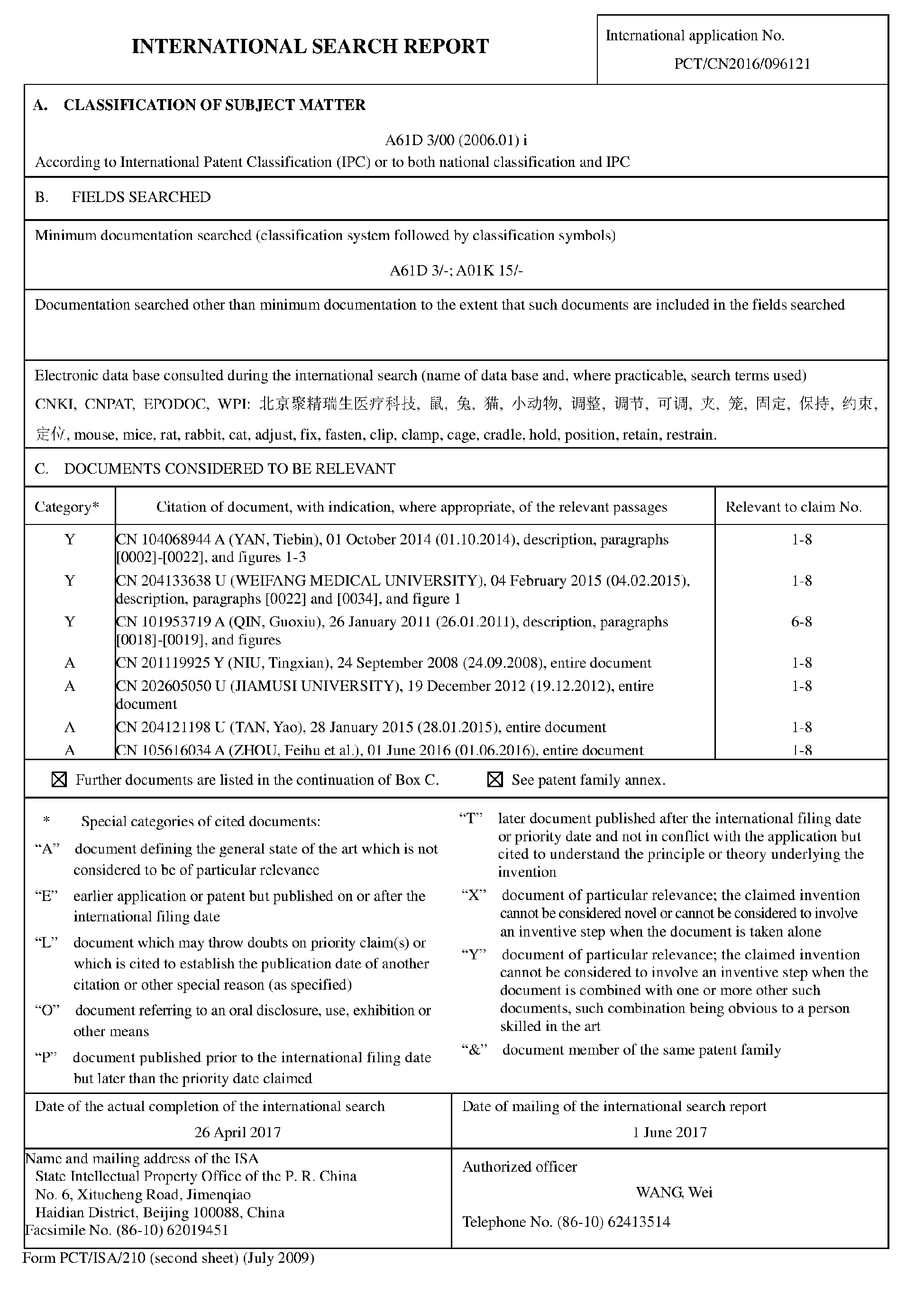 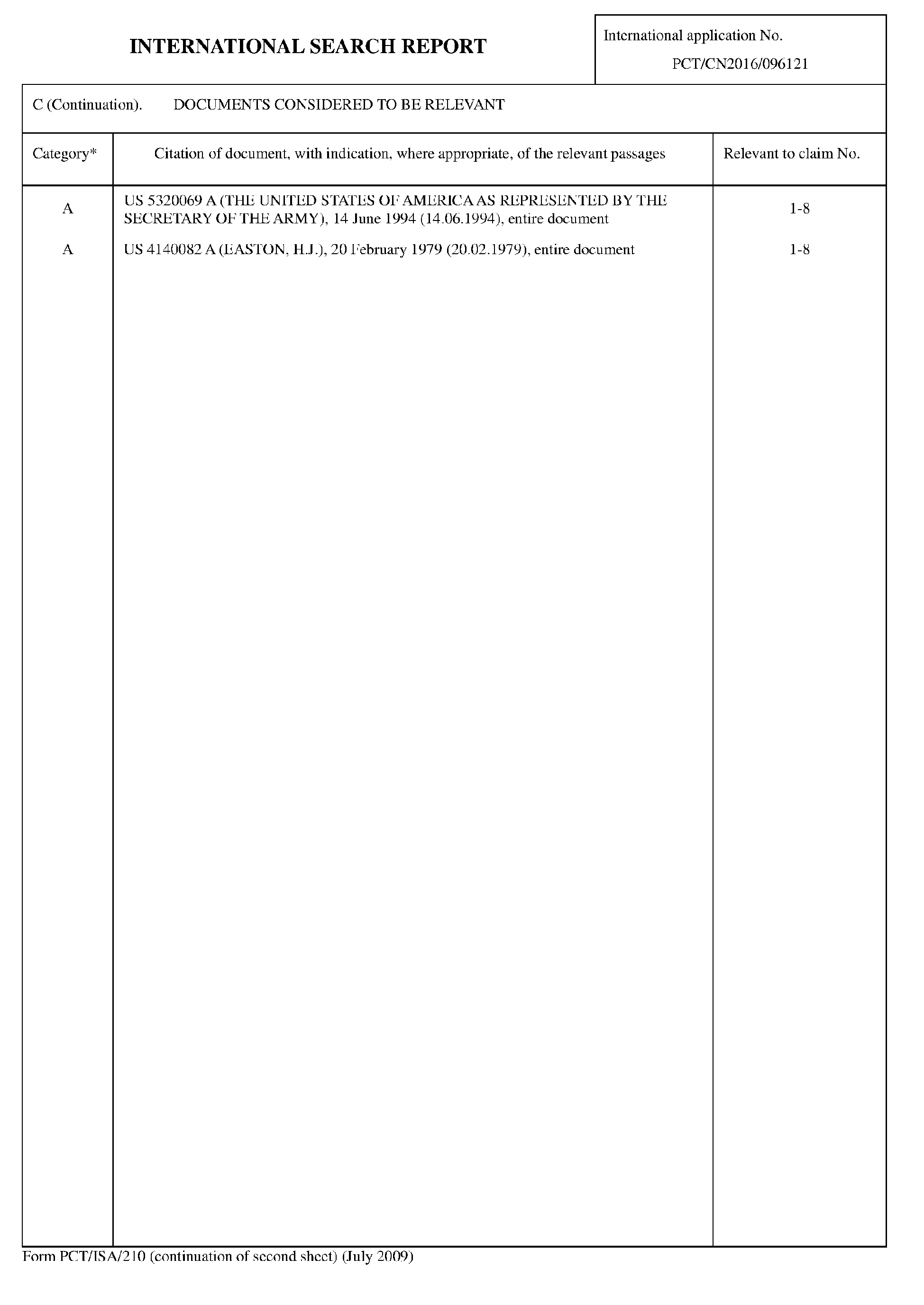 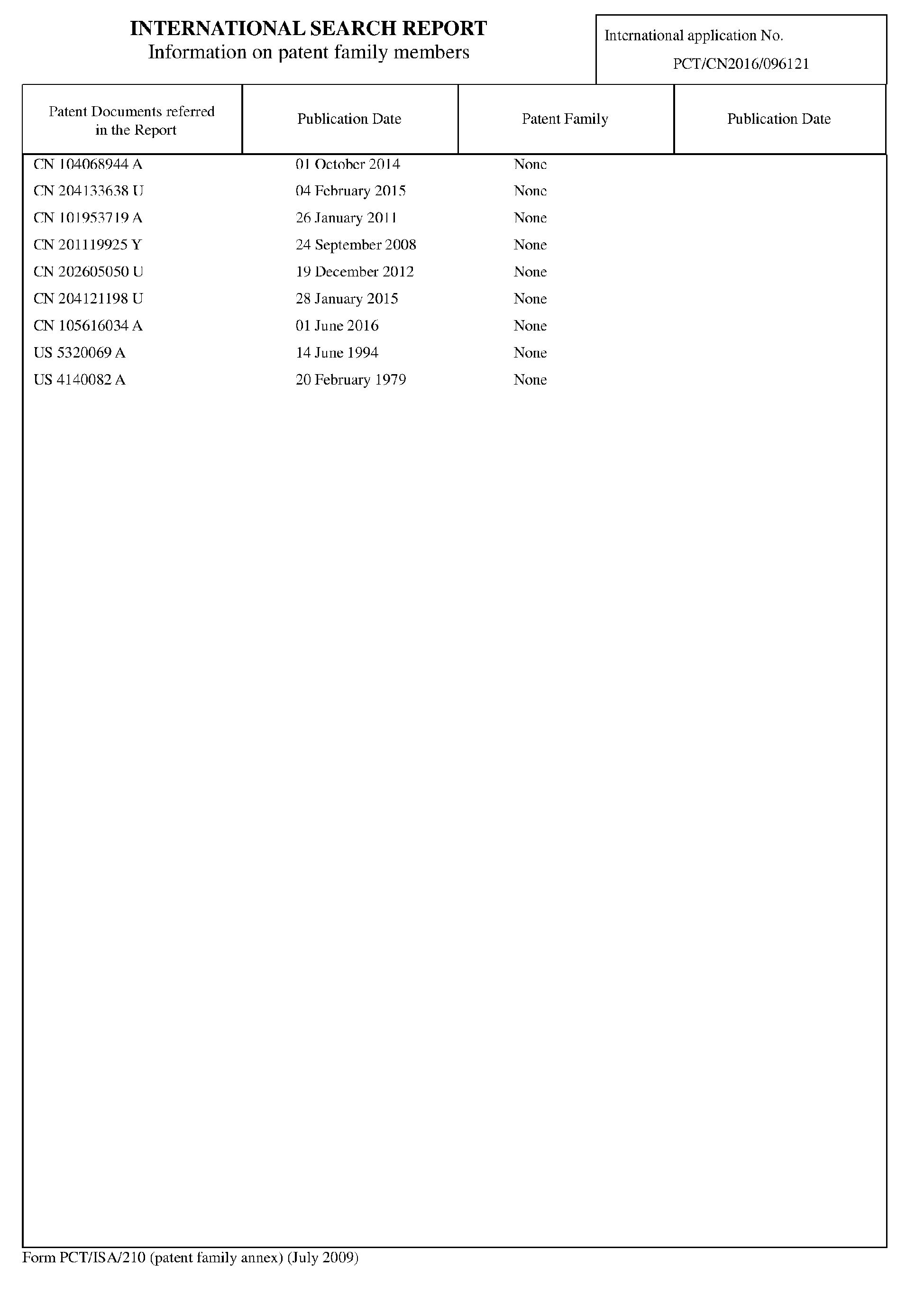