[0001] The present invention relates to an innovative make-up product in the make-up sector and a method for implementing said product. In particular, this make-up product is based on a new technology that includes the creation of make-up products based on magneto-chromatic microspheres, able of transforming the surface of the body, on which the product is applied, into an interactive platform. The invention therefore relates to make-up products incorporating materials that change color in response to an externally applied magnetic force, by an electronic device (controlled by computer applications) and by a method for implementing the product itself.

[0022] An object of the present invention is therefore an innovative make-up product, i.e. a make-up article such as lipstick, gloss, eye shadow, etc., comprising reversible color magneto-chromatic microspheres by applying an external magnetic field, and a method for variation of the color of the same product, or for the implementation of the "dynamism" of the make-up. Such microspheres are, for example, colloidal iron oxide nanocrystals arranged inside chains, incorporated in the make-up product formulation; such nanocrystals allow to visualize a color determined by an external force applied to the make-up product.
[0023] This make-up product comprises magneto-chromatic microspheres capable of being mutated by an external device to vary the color of the makeup without having to resort to the reapplication thereof, as specified in the independent claim of the annexed product.
[0024] The method for color variation of the dynamic make-up product is specified in the annexed independent method claim, while the system for implementing the method is specified in the independent apparatus claim.
[0025] The dependent claims outline particular and further advantageous aspects of the invention.

[0026] These and other advantages of the invention will now be described in detail, with reference to the accompanying drawings, which represent an exemplary embodiment of the invention, in which:

- applying the dynamic make-up product (1) with the ordinary make-up methods of application;

- activating a computer application (2) to choose the color to be obtained and then communicating the polarity and intensity of the magnetic field to a casing (12) of the dynamic make-up product (1). 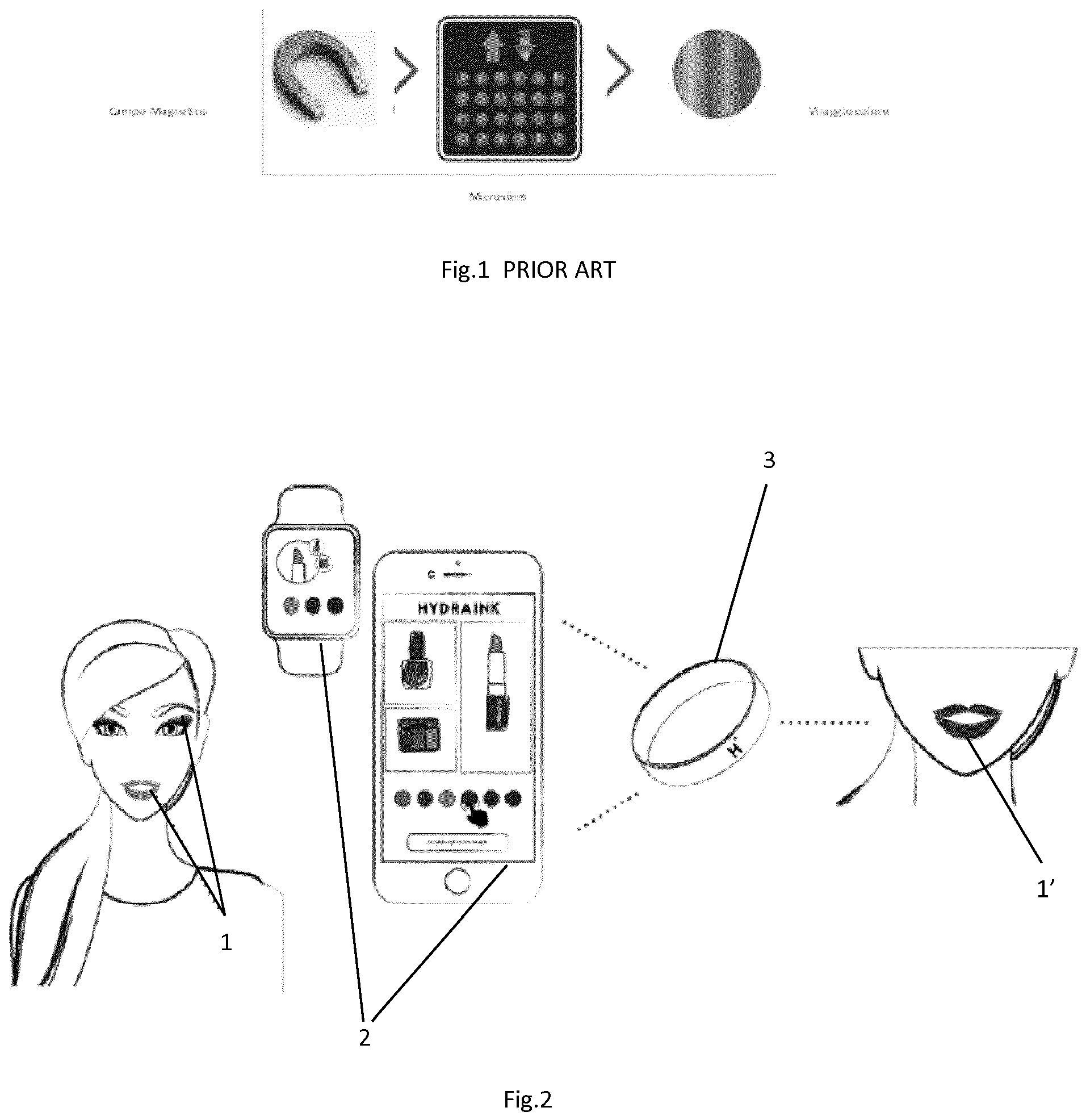 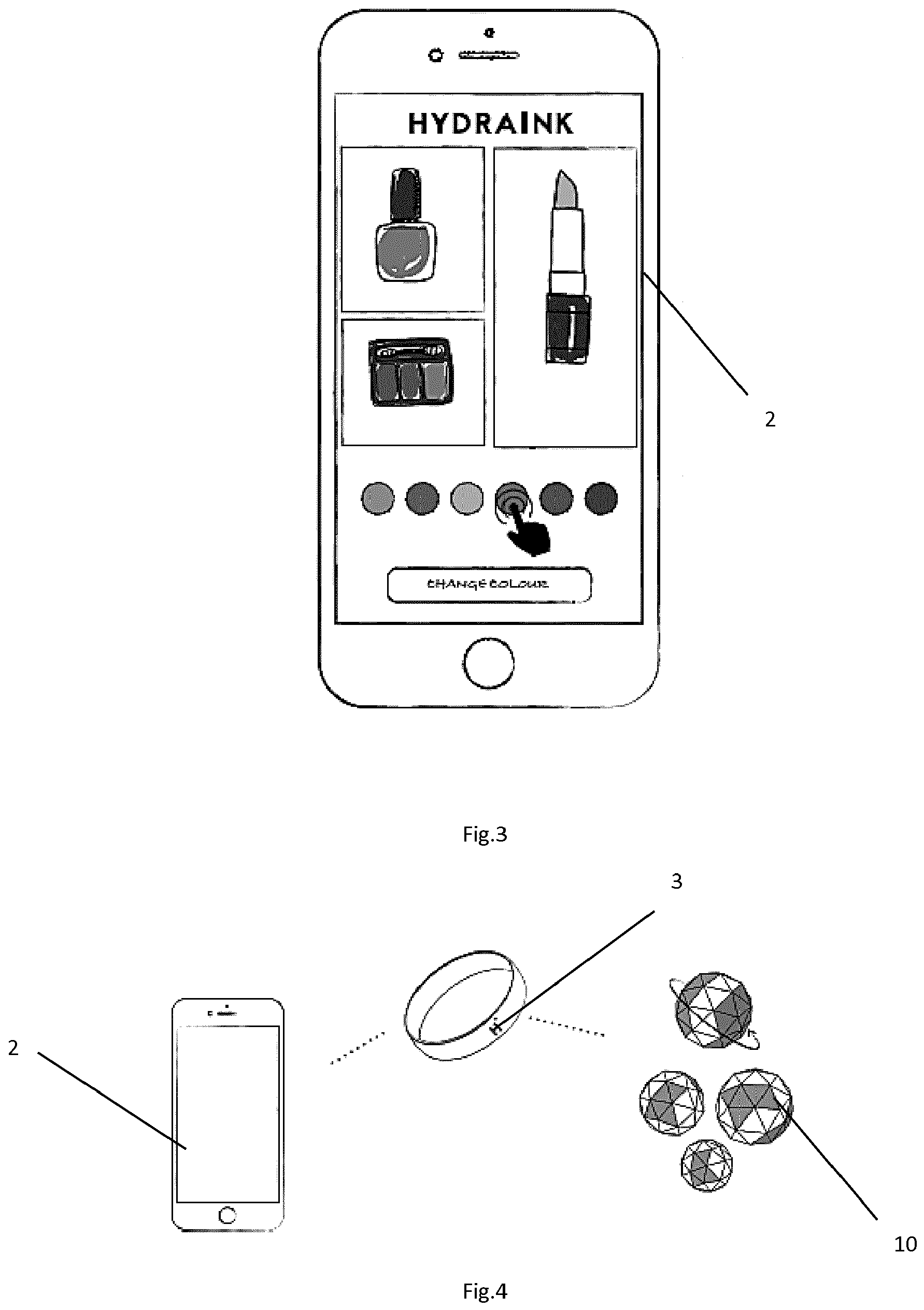 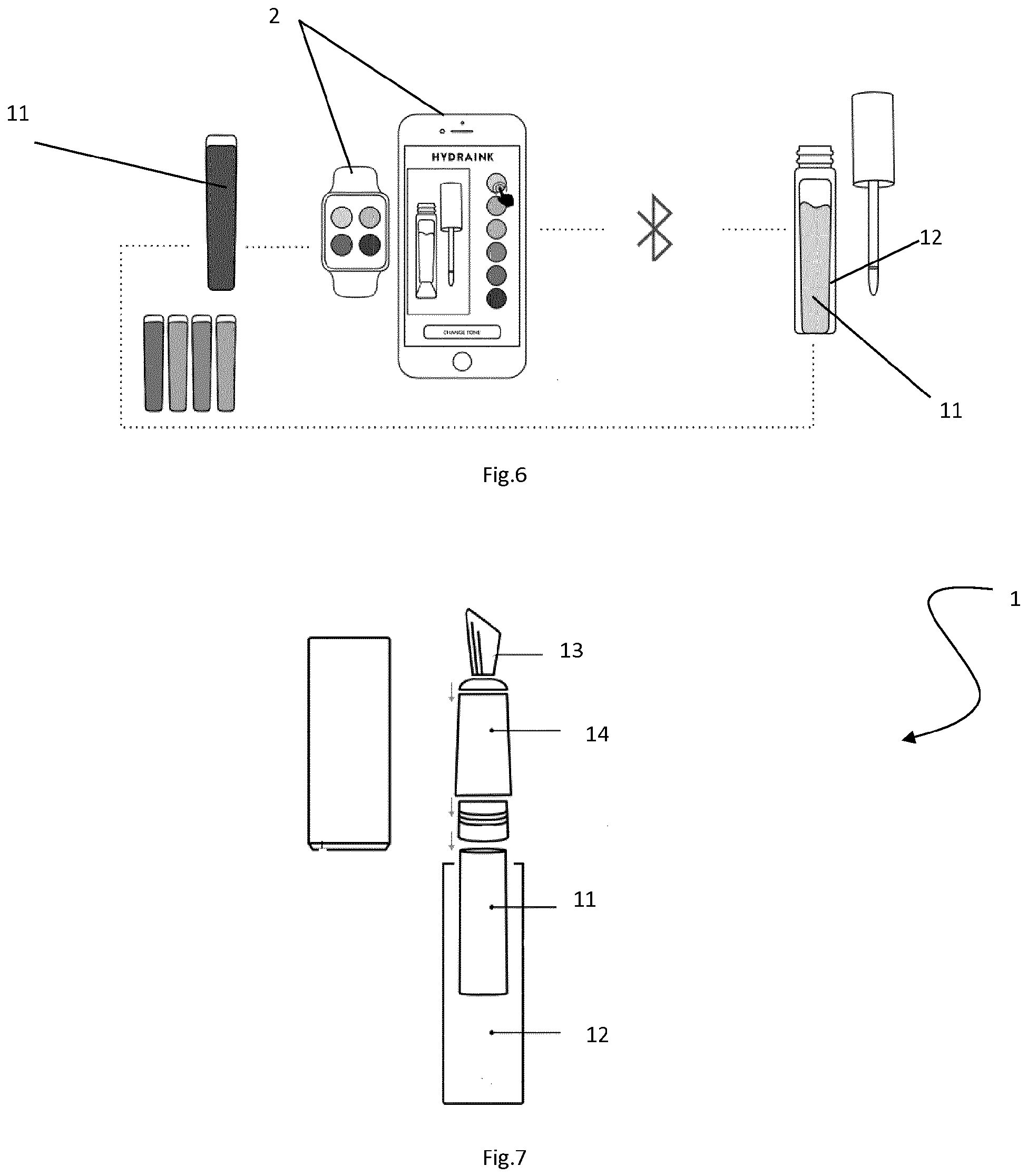 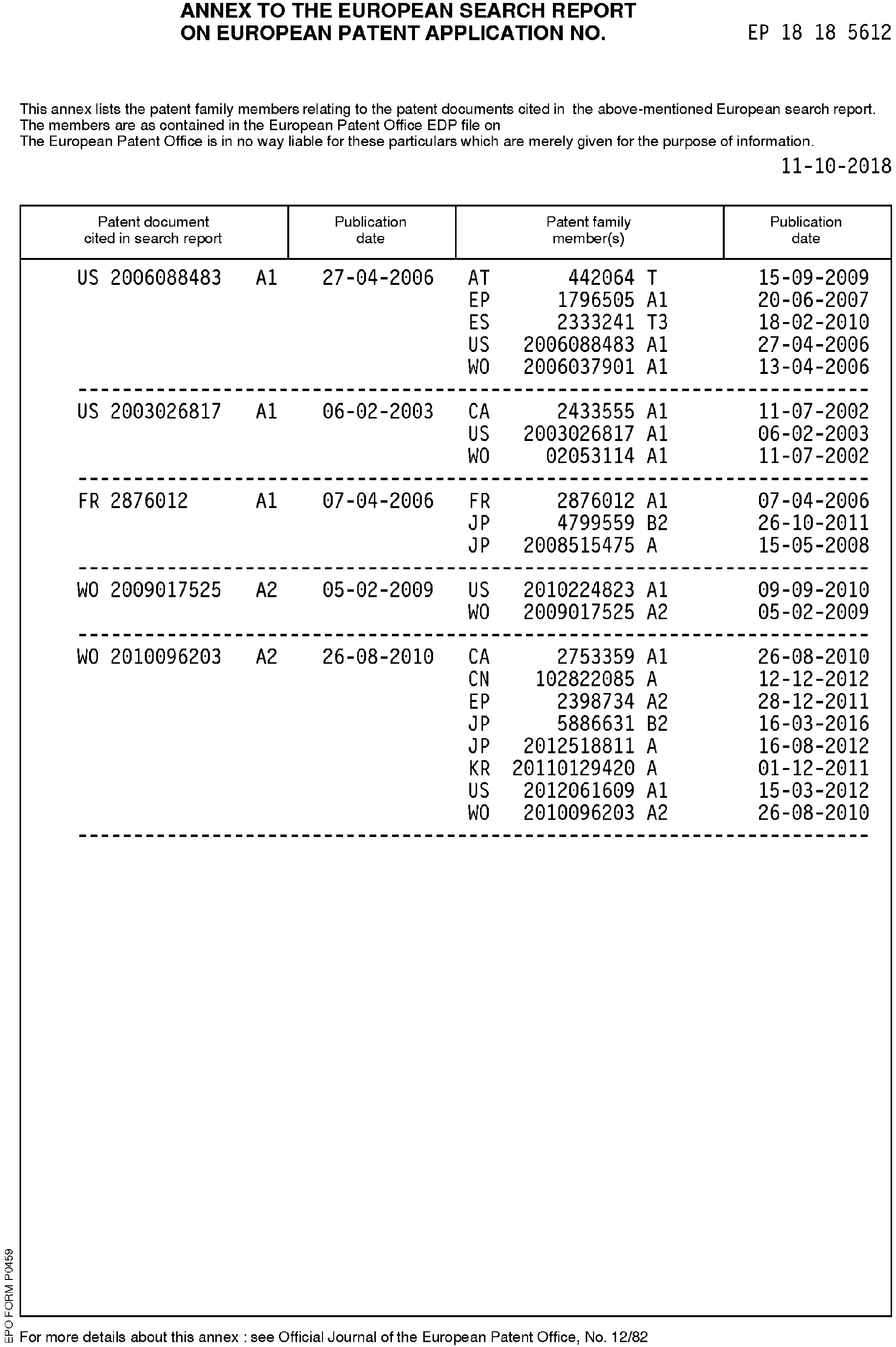