[0002] Plastic films with antistatic properties have been often used in different packaging applications. Such films are very common in packaging of electronics and materials in powder form. The ongoing increase of production in these sectors demand a higher level of antistatic protection, often combined with other requirements such as oxygen and water vapor barrier.
[0003] A challenge in the production of such films is to achieve reduction of the breakdown voltage. When low breakdown voltage is needed, special conductive carbon is usually added to different layers of the film. However, this method obviously destroys the transparency of the film. Furthermore, production using heavy loads of conductive carbon is difficult and the mechanical properties of the films are deteriorated.
[0004] The present invention provides the possibility to produce a film having breakdown voltage less than 10KV, high oxygen and water vapor barrier and very good transparency. The film can replace conductive black films in cases where addition of carbon black is not desired or prohibitive.

[0005] The invention provides a film having a breakdown voltage of less than 10 KV comprising,
[0006] Preferably the film has an average thickness of 50 to 300, more preferably 60 to 150 microns.
[0007] Further preferred options of the invention will be explained in the detailed description of the invention.

[0043] The film in a preferable embodiment contains high oxygen barrier materials so that it protects the components of the pack from the detrimental effect of oxygen ingress. EVOH is a preferred option but also polyamide and PVDC are viable alternatives. The EVOH is preferably 24 to 50% ethylene per mol, more preferably 27 to 48%.
[0044] In another preferred embodiment of the invention, the barrier polymer is polyamide. Most suitable polyamides are polyamide 6 and copolymer 6/66 or 6/12.
[0045] The thickness of the barrier layer is preferably 2 to 20 microns thick.
[0046] In a preferred option, the barrier layer comprises a polyether copolymer and/or a thermoplastic metal compound.

[0057] The inner layer of the film would be able to seal the film to itself to secure that no leakers and oxygen influx is allowed. This could be detrimental to the product packed.
[0058] Suitable materials for the inner layer include different polyolefins, preferably ethylene alpha olefin copolymers, low density polyethylene, polypropylene, ethylene vinyl acetate, ethylene methyl acrylate, ionomer, ethylene butyl acrylate and the like.
[0059] The inner layer preferably comprises 1 to 12 % by weight of polyether copolymer, more preferable 3 to 10 %.
[0060] In general, the above layers may comprise further well known in the art additives such as antiblock, slip, antifog, polymer processing enhancers and others.

[0063] Extrudable polyolefin compounds of metals and metal oxides are used as alternatives to polyether copolymers. Such compounds may comprise zinc oxides, zinc cations, iron, titanium and the like.
[0064] The preferred method for producing the film of the present invention is how blown film as well known in the art.

[0065] From a commercial hot blown film line, we produced the following film:

[0072] In example 3 the polyether copolymer was substituted by SHELFPLUS thermoplastic iron based compound from Albis.

1. A plastic film having a breakdown voltage of less than 10 KV, comprising

- an outer and an inner layer comprising from 0.1 to 15% by weight polyether copolymer 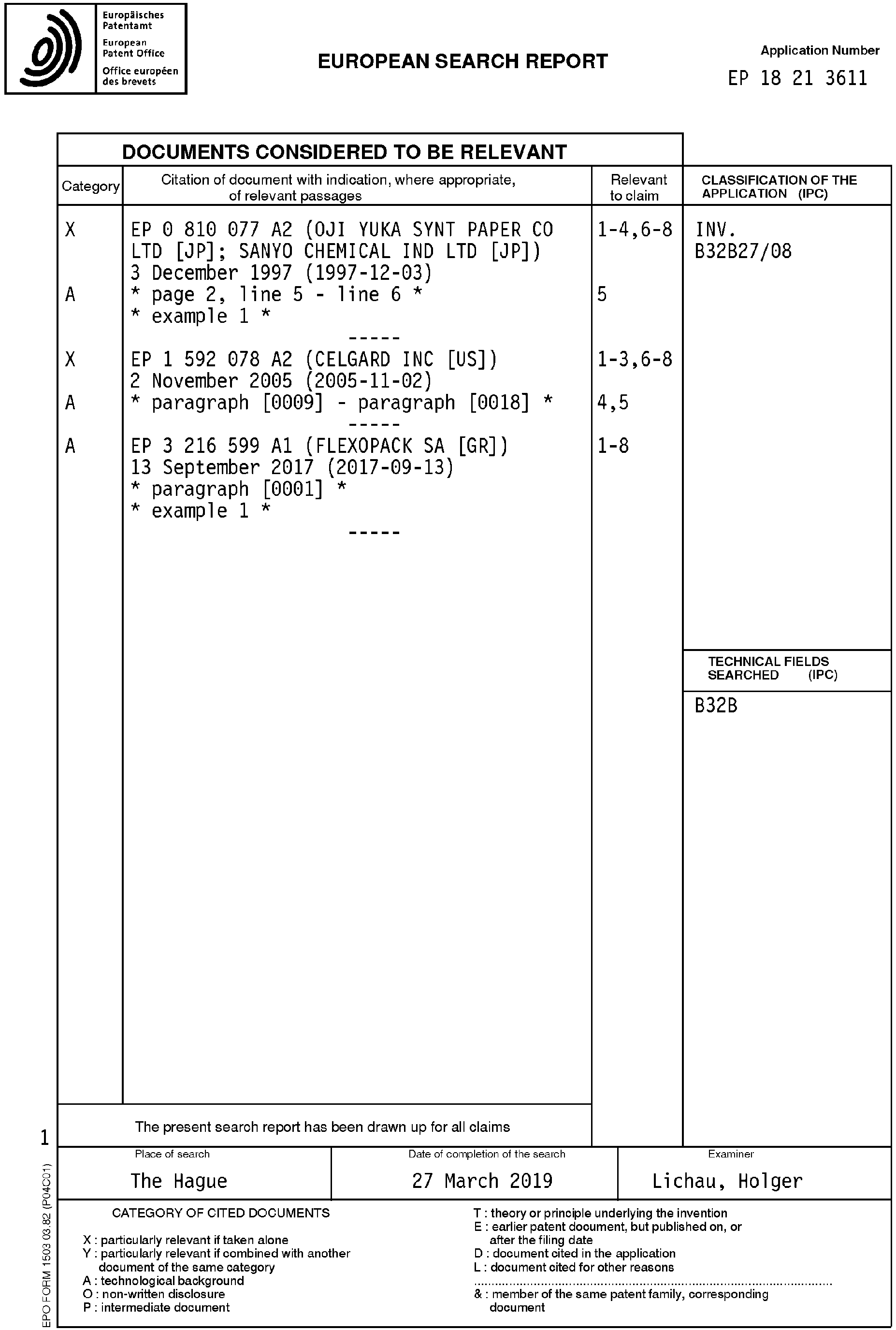 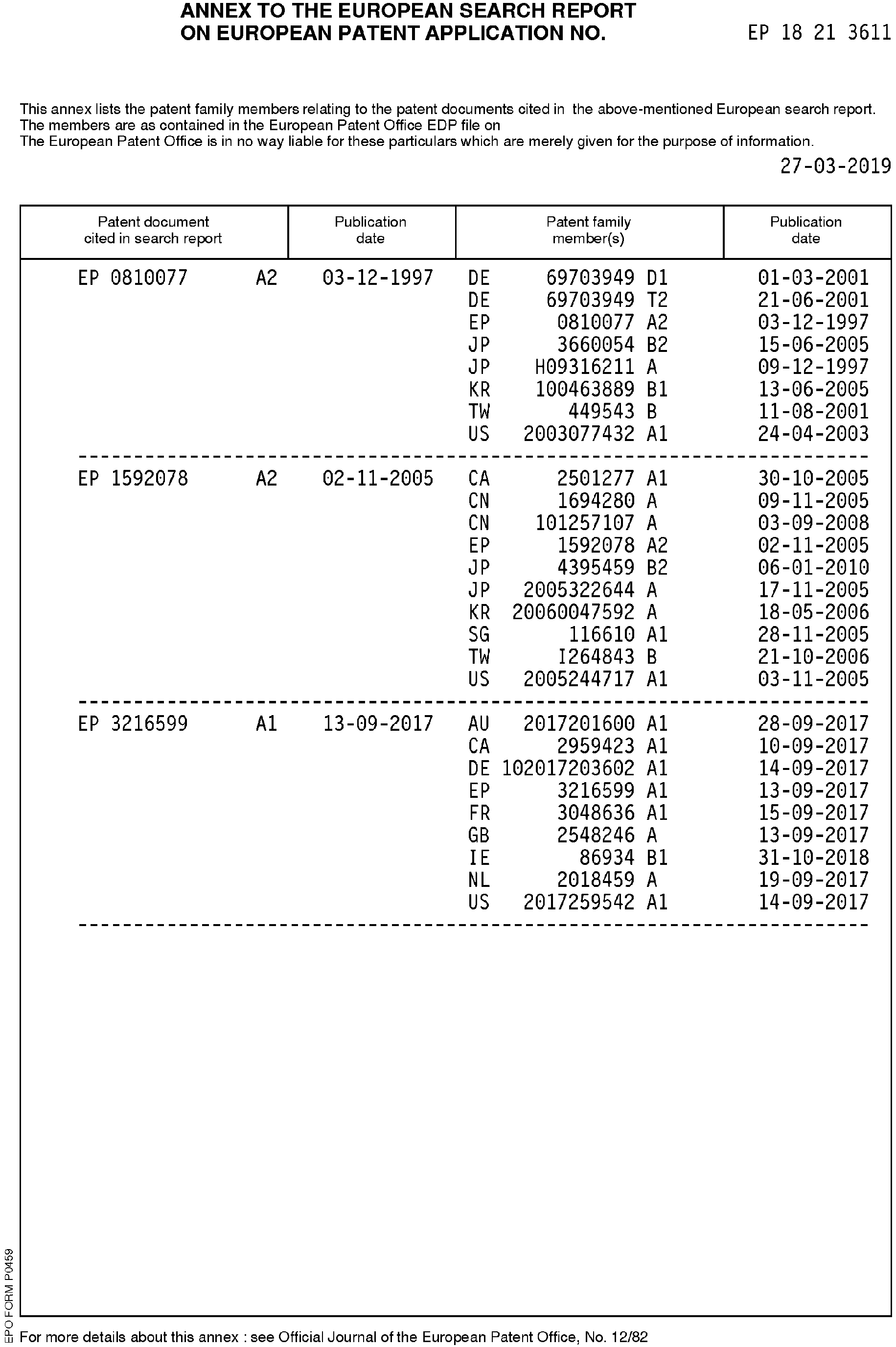