[0017] Embodiments of the present invention will now be described by way of further example only and with reference to the accompanying drawings, in which:

FIG. 1 is a schematic cross sectional view representing a diaphragm according to the present invention.

FIG. 2 is a schematic cross sectional view representing an example of a pressure sensor provided with the diaphragm according to the present invention.

FIGS. 3A to 3D are schematic diagrams explaining the related art.

FIG. 4 is a cross sectional view of a diaphragm which does not fall within the scope of the claimed invention.

FIG. 5 is a cross sectional view of a diaphragm of the Embodiment according to the present invention.

FIGS. 6A to 6D are schematic diagrams explaining the diaphragm of the Embodiment according to the present invention.

[0018] Embodiments of the diaphragm of the present invention are described below in detail with respect to the configuration of the diaphragm, with reference to the accompanying drawings.

Overview of Diaphragm and Pressure Sensor

Overview of the Present Invention

Embodiment of the invention

1. A method for producing a metallic diaphragm (11) that includes a plate-shaped pressure receiver (11a), and a frame-like support member (11b),
the method being characterized by:

cold working and drawing a raw material alloy ingot (20) into a rod shape to produce a rod body having a metal structure drawn along the working direction; 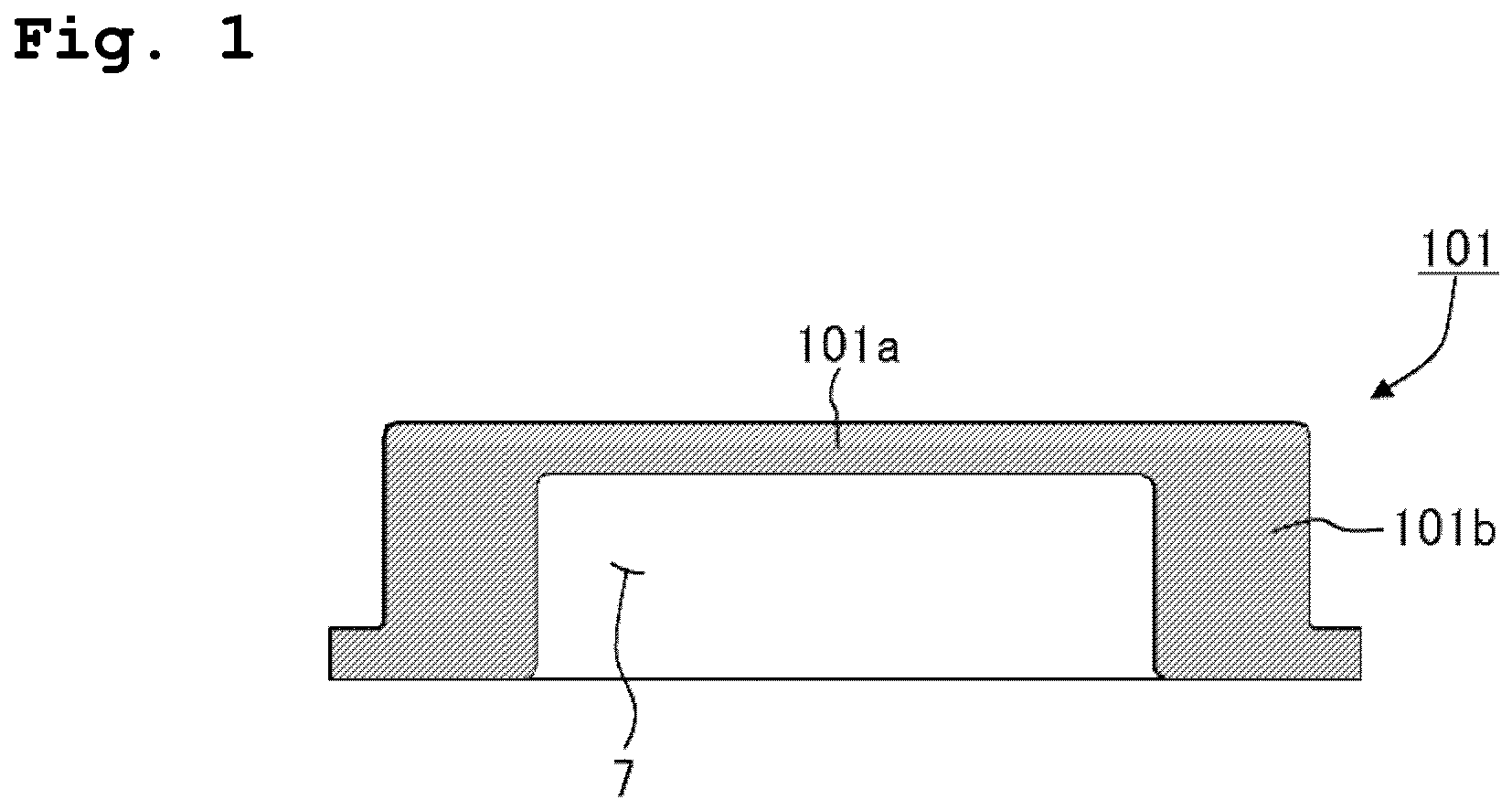 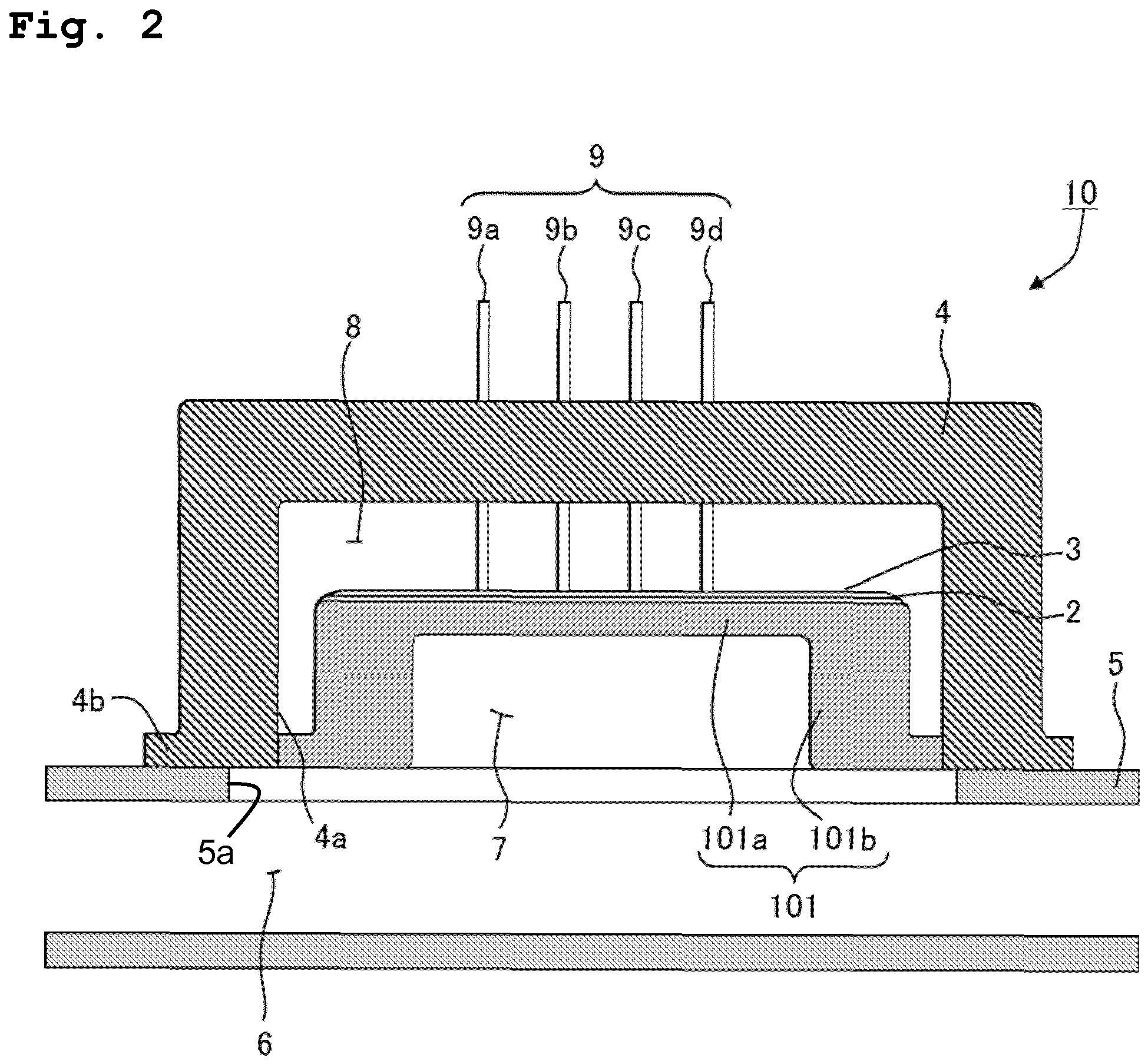 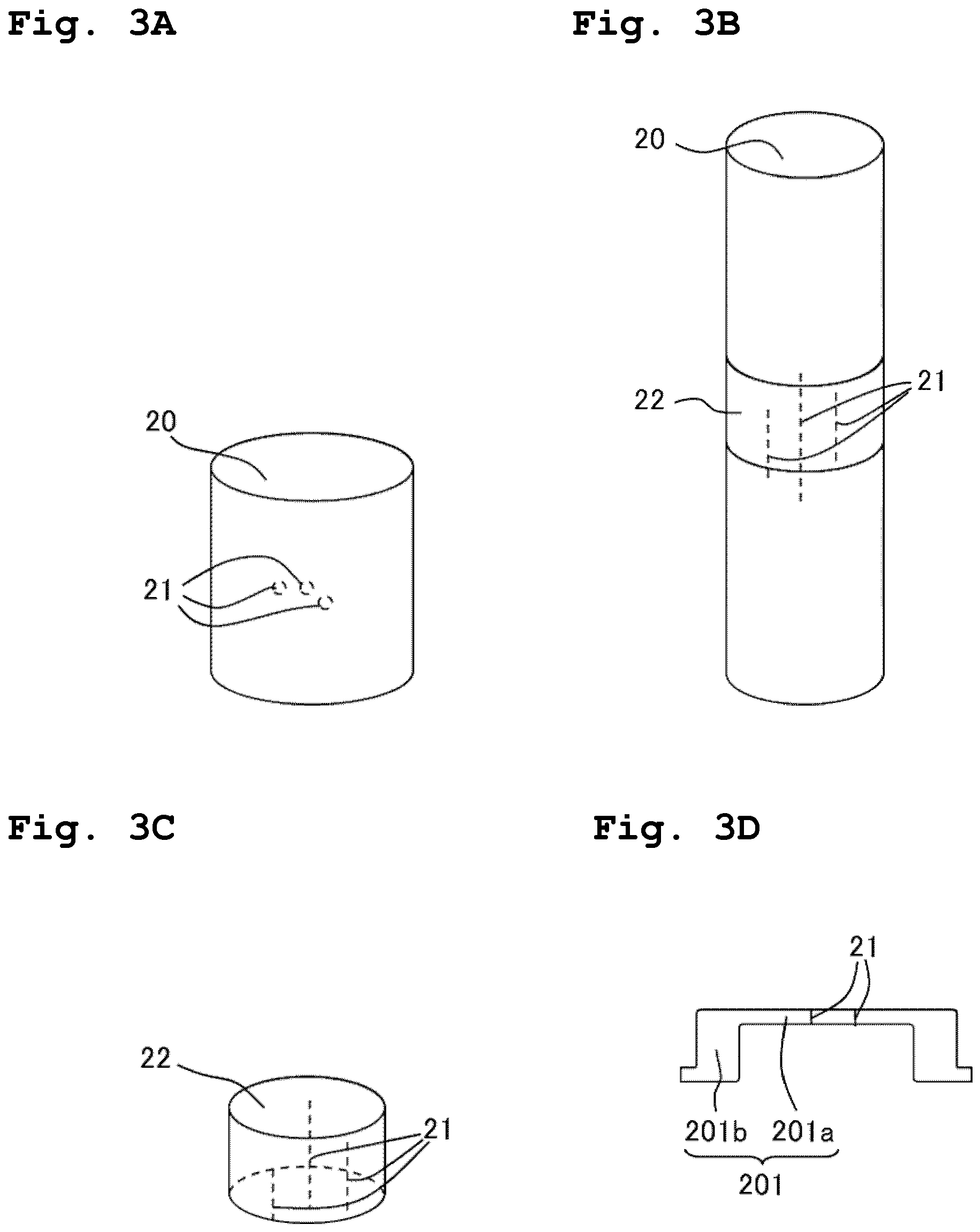 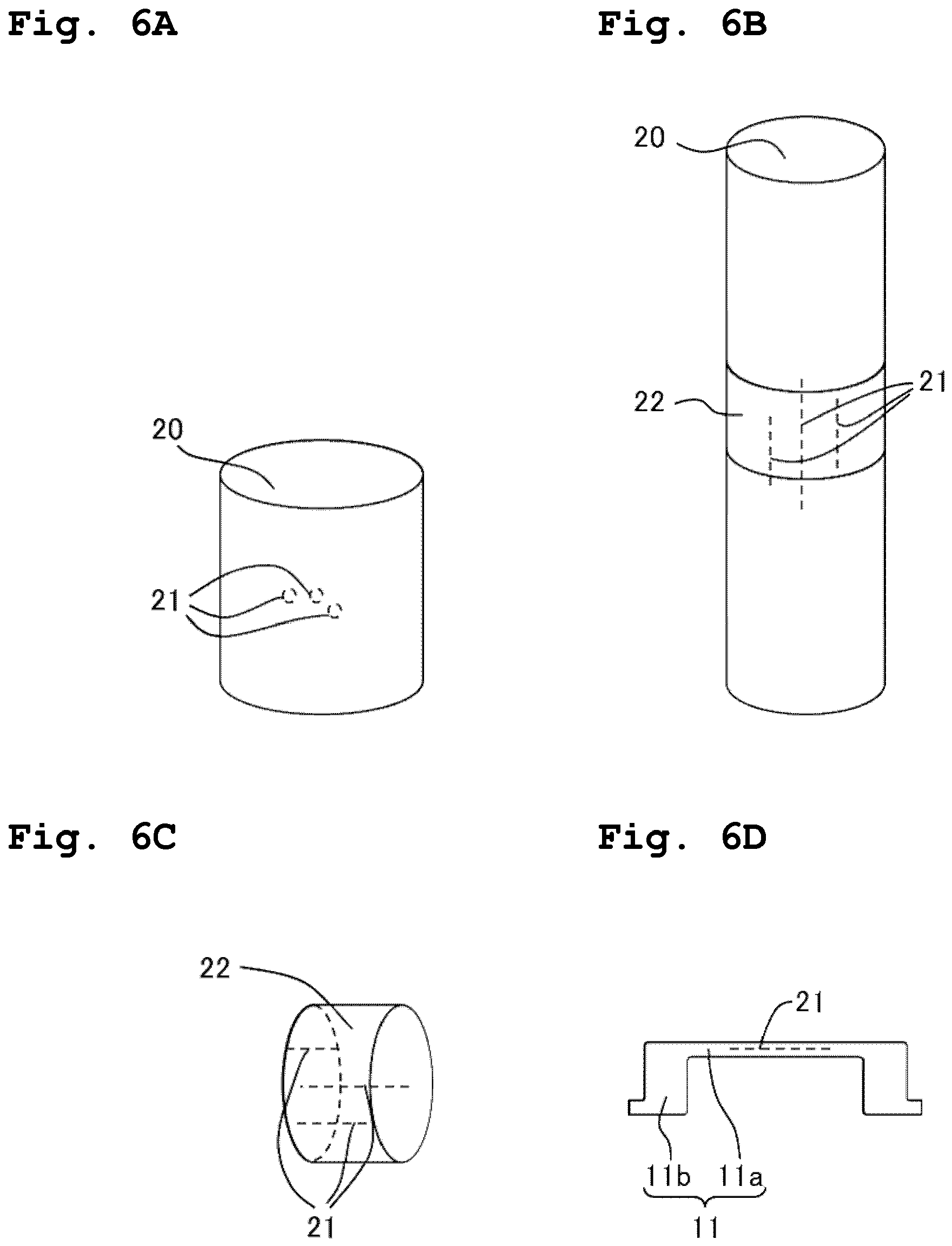