State of the Art

Aim of the Invention

[0022] The present invention aims to provide expandable vinyl aromatic polymers that do not present the state of the art shortcomings; in other words, to provide expandable vinyl aromatic polymers enabling the production of expanded beads allowing molded parts such as insulation panels with reduced thermal conductivity in combination with a low foam density, said molded parts obtained in an economically attractive and a safe way.

[0023] Figure 1 represents a flow-sheet for the production of expandable vinyl aromatic polymer wherein:

[0029] It is an object of the present invention to provide expandable vinyl aromatic polymers, in particular styrene polymers containing homogeneously dispersed coke particles, which can be processed to expanded foams which have both a low density and a low thermal conductivity.
[0030] We have found that this object is achieved by particulate, expandable vinyl aromatic polymers, in particular styrene polymers, comprising homogeneously dispersed coke particles characterized by an average stack height (Lc) of carbon crystallites lower than 4 nm, a volume median particle diameter (D50) comprised between 0.8 and 4 µm and a span (D90 - D10)/D50 lower than 2.5.
[0031] By "homogeneously dispersed coke particles", the present invention means that particles with an equivalent diameter of more than 40 µm are observed by less than 1 %, preferably by less than 0.5 %, more preferably by less than 0.1 % in a method analogous to those described in ISO 18553.
[0032] The homogeneity of the dispersion of the athermanous particle is quantified on compression-moulded film with a thickness comprised between 10 and 30 µm, preferably of about 20 µm. The film is obtained after melting a few EPS beads at 200 °C to allow release of blowing agent, applying pressure for 15 minutes and cooling to 35 °C under pressure. The film is examined in transmission with an optical microscope (Nikon LV100) using a 20X lens. The dispersed black particles are counted and measured (area and perimeter) with image analyser NIS Element AR. The percentage of area covered by particles with equivalent diameter above 40 µm is calculated on the basis of 10 different image fields (10x 290000 µm2 or 2.9 mm2). The criterion for an inhomogeneous dispersion is that the percentage area of particles with an equivalent diameter above 40 µm is more than 1 %.

F. R. Feret, "Determination of the crystallinity of calcinated and graphitic cokes by X-ray diffraction", Analyst, 123, 595 (April 1998).
N. Iwashita, C. Rae Park, H. Fujimoto, M. Shiraishi, and M. Inagaki, "Specification for a standard procedure of X-ray diffraction measurements on carbon materials", Carbon, 42, 701 (2004).
[0067] The graphitization degree g, as introduced by Maire and Méring, is calculated from diffraction peak [002] position. A powder silicon standard NIST (National Institute of Standards & Technology) SRM 640d is blended (5 %) with coke powder. The certified value for [111] diffraction plane of silicon SRM 640d with Cu Kα X-ray source is °2θ = 28.441 °. A corrected value for [002] peak position is obtained by adding to the observed [002] peak position the difference between certified silicon peak position (28.441°) and observed peak position.
[0068] The graphitization degree g is expressed according to Maire and Méring's formula:

1. Expandable vinyl aromatic polymers comprising at least one blowing agent and dispersed coke particles, said dispersed coke particles being characterized by an average stack height (Lc) of carbon crystallites less than 4 nm, as measured by the method mentioned in the description based on the analysis of powder X-ray diffraction, wherein Lc is given by the formula

5. Process for the preparation of beads or granules of the expandable vinyl aromatic polymer according to any of the preceding claims comprising the steps of:

a. producing a polymer melt stream after the polymerization process of the vinyl aromatic polymer;

f. cooling down the new polymer melt stream to a temperature of 200°C or less;

g. introducing the flame retardant agent and the synergist into the new polymer melt stream;

h. discharging the melt stream through a die plate with holes and pelletizing the melt under water with a pressure above 3 bar, preferably above 5 bar. 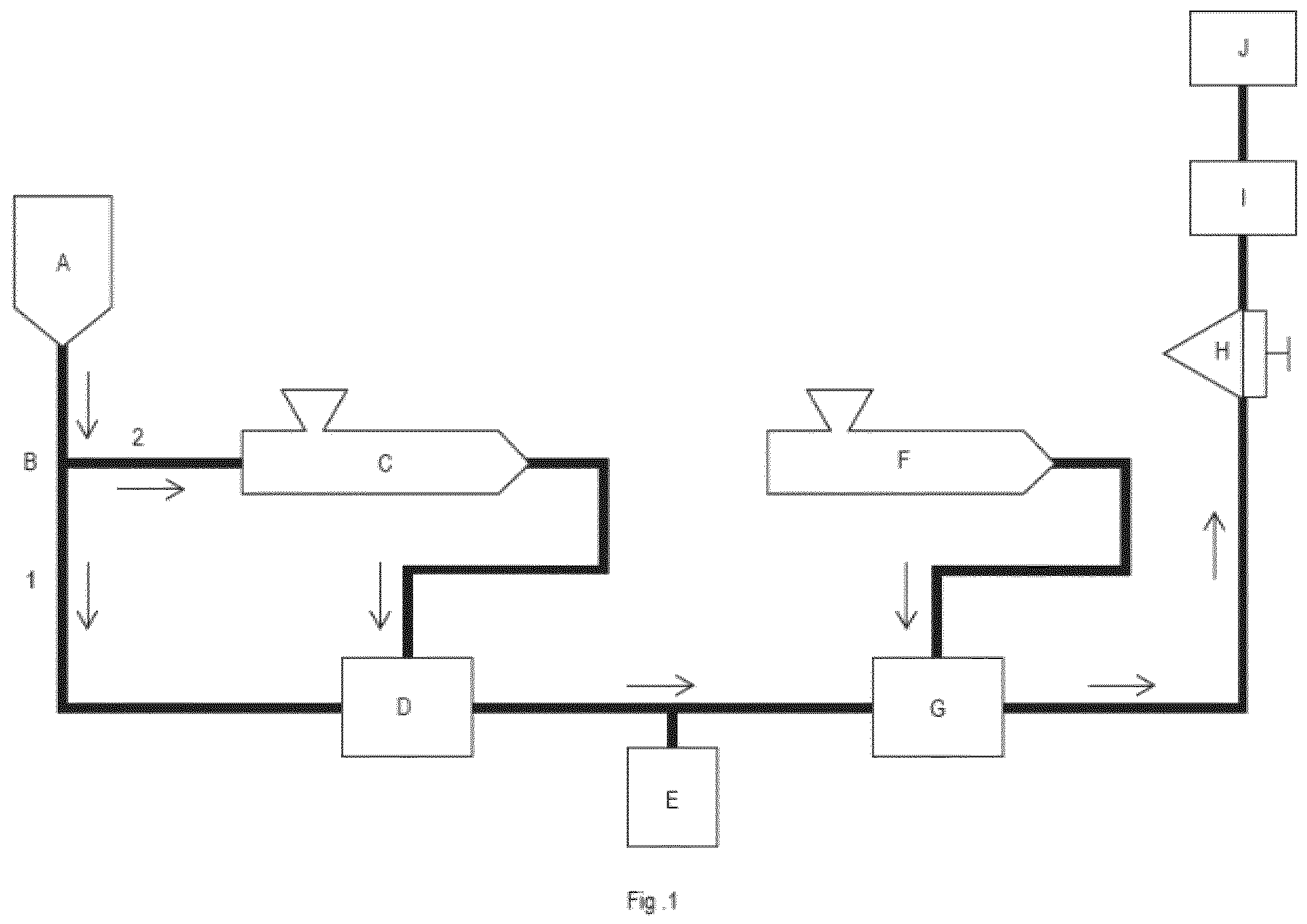