[0002] Fabrication of magnetoresistive random-access memory (MRAM) devices normally involves a sequence of processing steps during which many layers of metals and dielectrics are deposited to form a stack and then the stack is patterned to form an array of separated magnetoresistive devices, such as MTJ (magnetic tunneling junctions) as well as top and bottom electrodes for making electrical connections to the devices. To define those magnetic tunnel junction (MTJ) cells in each MRAM device and make them non-interacting with each other (until such interconnections may be desired), precise patterning steps including photolithography and plasma etch such as reactive ion etching (RIE), ion beam etching (IBE) or their combination are usually involved. During photolithography, patterns are transferred from a photomask to a light-sensitive photoresist, then subsequently transferred to define arrays of MTJ devices by plasma etches, forming separate and non-interacting MTJ devices. After plasma etching, smaller size devices in the patterned array usually have less top electrode left because the photoresist covering them is consumed more quickly during this etching process. As a result of the disparity in electrode thicknesses which creates a non-planar top surface, it is challenging for the final top metal contact to connect them, resulting in open devices (devices where poor contacts are made). New approaches are needed if one wants to achieve high yield on small sizes (e.g. sub 60nm) of MTJ devices. It must be noted that several prior art patents disclose approaches to address some of the difficulties alluded to above. For example, U.S. Patent 9,070,869 (Jung et al) discloses a variety of layer constructions and U.S. Patent 8,975,088 (Satoh et al) teaches several different masking layers. However, neither of these prior arts teach the methods to be disclosed herein nor do they demonstrate the results that are obtained by application of those methods.

[0003] An object of the present disclosure is to provide a method of improving the yield of arrays of small-sized layered MTJ devices and of a multiplicity of such devices of various dimensions, by adding additional layers between the hard mask used for patterning such MTJ devices and the electrode that is the top layer of the MTJ stack to be patterned.
[0004] A further object of the present disclosure is to provide such a yield improvement that can be attributed to eliminating electrical opens associated with damage to the very small top electrodes.
[0005] A still further object of the present disclosure is to provide the above stated benefits to a multiplicity of MTJ devices of various sizes adjacently disposed and being simultaneously processed on a common substrate.
[0006] In typical prior art processes, patterns are transferred from photoresist to a dielectric hard mask, then to a top electrode, and then to the MTJ stack beneath the top electrode. After the etch process to complete the pattern transfer, the remaining portion of the top electrode on the smaller portions of the pattern is found to be reduced in size when the pattern feature sizes are 60nm and below, resulting in an electric open (a failure in electrical conductivity) and great yield loss.
[0007] To eliminate these difficulties, the presently disclosed method inserts a CMP (chemical mechanical polishing) stop layer and a sacrifice layer between the photoresist hard mask pattern and the electrode. After plasma etch, any photoresist consumption difference would only result in different thicknesses (heights) of CMP sacrifice layer patterns. The top electrode thickness remains the same for all sizes of devices due to the protection of the CMP stop layer. By choosing proper slurries during the following CMP process, any remaining sacrifice patterns are completely removed, stopping on the CMP stop layer. The CMP stop layer is then removed by plasma etch, exposing the top electrode underneath. Using this method, different size MTJ cells retain the same height of their top electrode, making it easier to connect the later deposited top metal contact. Any yield loss due to electric opens is avoided. This method benefits the future generation of sub 60nm MRAM products as well as other fabrications having small sizes.

Fig. 1A, 1B, 1C, 1D, 1E and 1F is a series of schematic illustrations showing the process flow of fabricating high yield MRAM devices of various sizes.

each said multilayered device has a width dn where n runs from 1 to N and wherein said widths are generally different;

2. The array of claim 1 wherein said top and bottom electrodes are formed of Ta, Ti, TaN or TiN, of thicknesses between approximately 200-1000A.

4. The array of claim 1 wherein an exemplary device width is approximately 60 nm or less.

5. The array of claim 1 wherein said encapsulation layer is a layer of SiN, SC or SiCn.

6. A method for forming an array of electrically separated, adjacent, multilayered devices of various widths and separation spacings but of a common height configured for a final common electrical connection to each device, said connection having no electrical open circuits, the method comprising:

a patterned photoresist layer defining widths and spacings for said device array, then;

9. The method of claim 6 wherein a combined hard mask layer and CMP stop layer would allow using a plasma etch comprising CHF3, CH2F2 or C4F8 that will readily etch the dielectric hard mask but which has a very low etch rate on the photoresist layer.

10. The method of claim 6 wherein said hard mask layer is a layer of SiN, SiO2 or SiON.

11. The method of claim 6 wherein said CMP sacrifice layer is a layer of Ta, Ti, TaN or TiN.

12. The method of claim 6 wherein said CMP stop layer is a layer of SiO2 or SiON.

13. The method of claim 6 wherein said first slurry is a slurry of Zirconium Oxide particles.

14. The method of claim 6 wherein said second slurry is a slurry of Aluminum Oxide particles. 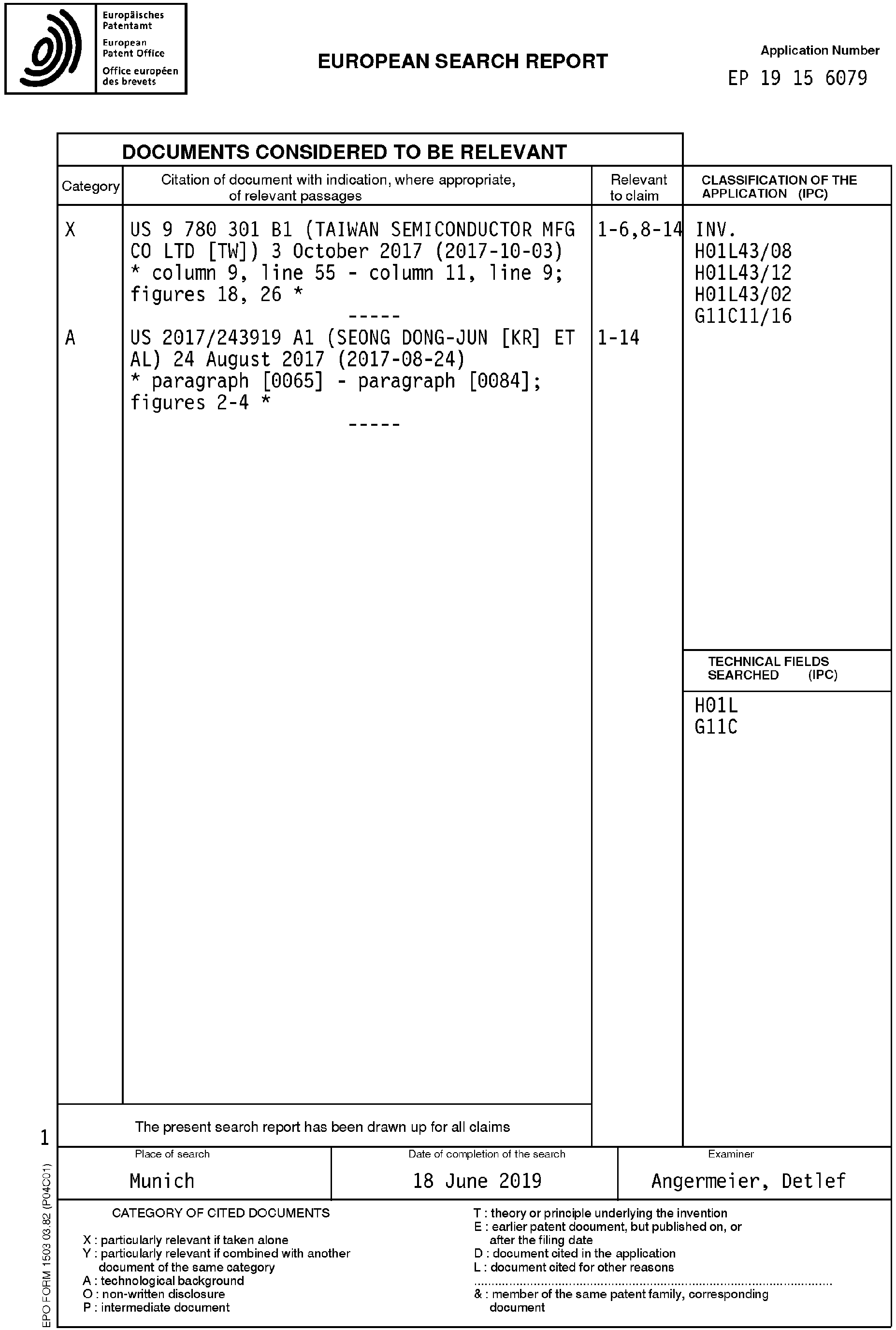 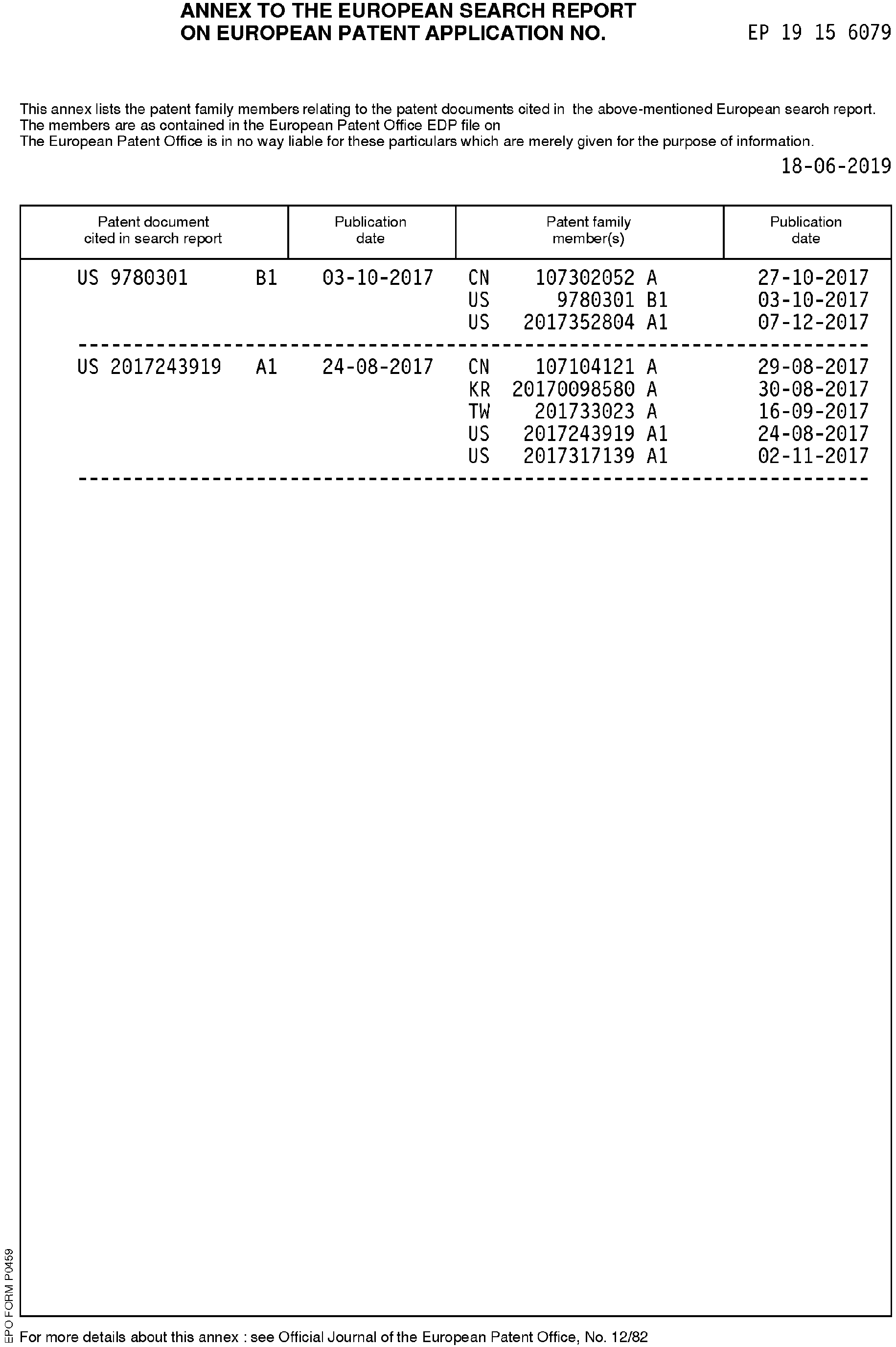