SUMMARY OF THE DISCLOSURE

FIG. 2 is a pictorial illustration of a plurality of plies of fiberglass and outer adhesives all attached to a composite fan case, according to the prior art

FIG. 3 is a cross-sectional illustration of a portion of a fan case.

FIG. 4 is a cross-sectional illustration of a portion of the fan case illustrated in FIG. 3, following machining to form a recess in the plies for mounting of attachments.

FIG. 5 is a cross-sectional illustration of a portion of a fan case that comprises a plurality of wound layers interleaved with plies to form a radial integral build-up.

FIG. 6 is a cross-sectional illustration of a portion of a fan case that includes a plurality of wound layers and a discrete filler that form a radial integral build-up.

FIG. 7 is a pictorial illustration of plies being placed at specific locations of a roll of composite material.

a plurality of wound layers (602) that form a laminate and have a nominal radial fan case thickness, where the laminate includes a plurality of discrete fan case radial locations comprising a discrete filler material (604; 702) sandwiched between radially adjacent layers of the plurality of wound layers (602) to form a radial integral build up (606) in comparison to the nominal radial fan case thickness, characterized in that

the radial integral build up (606) comprises a radially extending machined cavity (608) into which is mounted a metallic insert with a threaded hole configured to receive attachment hardware. 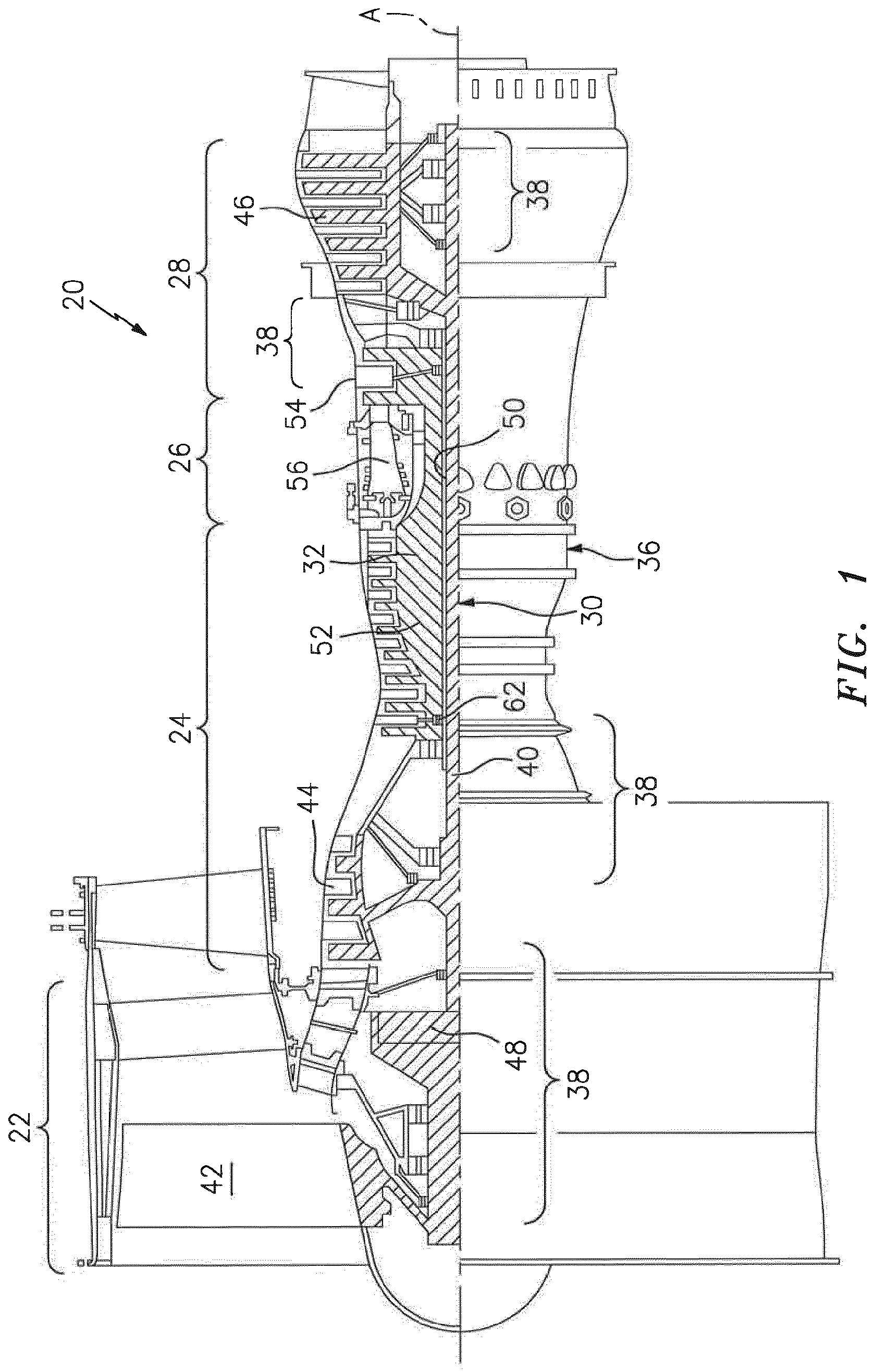 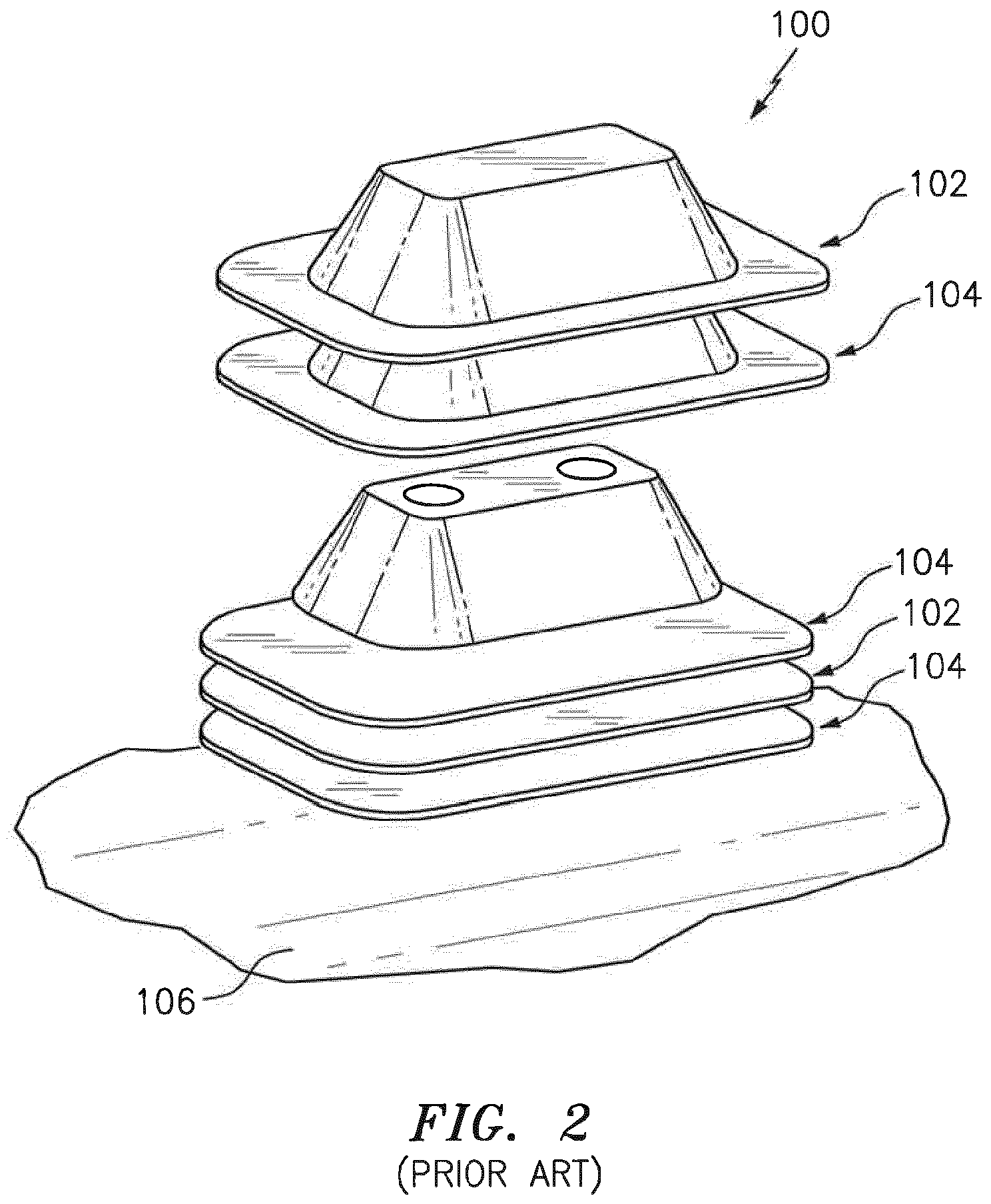 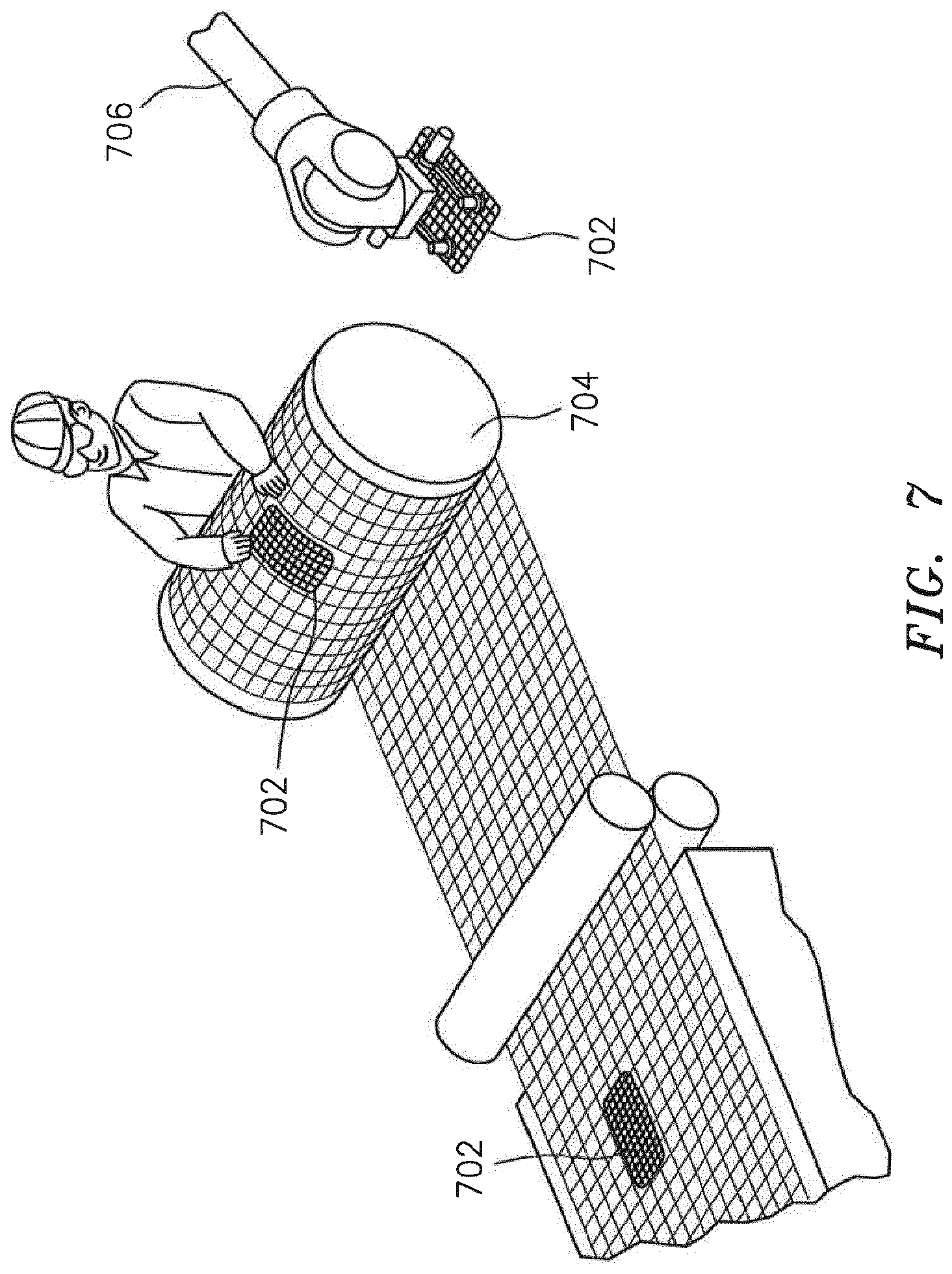