[0026] In order to describe the manner in which the above-recited and other advantages and features of the disclosure can be obtained, a more particular description of the principles briefly described above will be rendered by reference to specific embodiments thereof, which are illustrated in the appended drawings. Understanding that these drawings depict only exemplary embodiments of the disclosure and are not therefore to be considered to be limiting of its scope, the principles herein are described and explained with additional specificity and detail through the use of the accompanying drawings in which:

FIGURE 2 illustrates conceptually the prior art hierarchical data model of the Media Presentation Description (MPD) within a DASH-based system;

FIGURE 3 is a functional block diagram illustrating a conventional client and server pair in a client-managed adaptive streaming system, such as DASH;

FIGURE 4 is a block diagram of an exemplary system in accordance with the principles of the present disclosure;

FIGURE 5A and 5B depict an exemplary tile adaptive streaming case;

FIGURE 6 is a block diagram of a server-managed adaptive streaming system in accordance with the principles of the present disclosure; and

FIGURES 7A and 7B are overall block diagrams illustrating a client (or UE) and an eNodeB, respectively, shown in FIGURE 4.

[0071] In one example, assume that the full-field view has the spatial position (0, 0), spatial size (10240, 7680) and spatial quality ranking 100. The following portion of an MPD can be used to allow spatial adaptation, using the URL parameter insertion solution/process described in (m28174, "Contribution to DASH Core Experiment on Parameter Insertion in URL", 103rd MPEG meeting, Geneva, January, 2013, incorporated herein by reference): <BaseURL>http://cdn1.example.com/</BaseURL> <URLParameter id="SegNumber" queryRequest="true"/> <URLParameter id="AvailableBandwidth" queryRequest="true"/> <URLParameter id="Spatial-Position" queryRequest="true"/> <URLParameter id="Spatial-Size" queryRequest="true"/> <URLParameter id="Spatial-QualityRanking" queryRequest="true"/> <SegmentTemplate duration="4" startNumber="1" media="video.php"/>
[0072] With the MPD above, the client 600 constructs the following URL (and sends it to the server 602) to request for segment number 1 of the full-field view for available 8Mbps network bandwidth:
http://cdn1.example.com/video.php?SegNumber=1&?AvailableBandwidth=80 000000
[0073] If the user wants to zoom into a region of interest, for example, with Spatial-Position = "100 100" and Spatial-Size = "1024 768" and Spatial-QualityRanking=10, then the client 600 constructs the following URL (and sends it to the server 602) to request segment number 20 of the full view for an available 8 Mbps network bandwidth:
http://cdn1.example.com/video.php?SegNumber=20&?AvailableBandw idth=800000&?Spatial-Position="100 100"&?Spatial-Size="1024 768"&?Spatial-QualityRanking=10
[0074] The server 602 fulfills this request by returning a media segment with segment number 20 that fits the available bandwidth and the spatial adaptation needs. When the user later decides to return to the full-field view, the client 600 constructs the following URL from segment 50 on:
http://cdn1.example.com/video.php?SegNumber=50&?AvailableBandw idth=80000000
[0075] Turning now to FIGURE 7A, there is shown an overall block diagram of an example UE 102, 200, and 600. The UEs represent devices utilized by a user or subscriber during communication sessions over/within the system 100. Each UE typically includes a processor, memory, a transceiver and an antenna and may be constructed or configured from any suitable hardware, software, firmware, or combination thereof for transmitting or receiving information over a network. These devices may further include an input/output device having a microphone and speaker to capture and play audio information, as well as a camera and/or a display to capture/display video information. As an example, the UE may be a telephone, videophone, computer, personal digital assistant, mobile phone, smartphone, tablet, or the like, etc.
[0076] In the illustrated embodiment, the UE includes a processor 300, a transceiver 310, an antenna element 320, one or more input/output devices 330 (e.g., speaker/microphone, keypad, display/touchpad) and memory 340. The UE may include one or more other components, devices, or functionalities (not shown). Herein, the UEs include the necessary functionality for operating as a DASH client.
[0077] The processor 200 may be a general purpose, special purpose or digital signal processor, and may be a plurality of processors or combination of such processors. The processor 300 includes functionality to perform signal coding, data processing, power control, input/output processing, and/or any other functionality enabling the UE to operate in the system 100. The processor 300 is coupled to the transceiver 310 which is coupled to the antenna element 320. It will be understood that the processor 300 and the transceiver 310 may be separate components or integrated together. Similarly, the antenna element 320 may be a single element or a number of elements (multiple antennas or elements).
[0078] The transceiver 310 is configured to modulate the data or signals for transmission by the antenna 320 and demodulate the data or signals received by the antenna 320.
[0079] The processor 300 is coupled to the one or more input/output devices 330 (including ports or busses) operable for inputting/outputting user data. In addition, the processor 300 is coupled to memory 330 operable for storing and retrieving data. Any suitable type of memory storage device may be included, such as random-access memory (RAM), read-only memory (ROM), hard disk, subscriber identity module (SIM) card, a memory stick, a secure digital (SD) memory card, and the like.
[0080] Other elements or devices that might be included within in the UE will not be described herein, unless necessary or relevant to an understanding of the present disclosure. Though illustrated as a wireless device, the UE may further include a network interface configured for wireline network connectivity to a wireline network access point.
[0081] Now turning to FIGURE 7B, there is a block diagram of an example eNodeB 111 having a processor 400, a transmitter 410, a receiver 420, an antenna 430 and memory 440. Additional suitable components or devices may be included (but not shown). The antenna 430 may include one or more antennas and/or one or more elements (multiple antennas or elements). The configuration and operation of the eNodeB 111 is readily known and understood by those of ordinary skill in the art, and no further description or explanation of its structure or operation is provided herein unless necessary for an understanding of the present disclosure or except for new or additional functionality described above. Though illustrated as a wireless device, in an embodiment in which the UE is wireline based, the eNodeB 111 may be a wireline-based network access point (such as a device operated by a network provider) and would include a network interface configured for wireline network connectivity to the UE.
[0082] Further embodiments of the present invention are provided in the following. It should be noted that the numbering used in the following section does not necessarily need to comply with the numbering used in the previous sections.

Embodiment 3. The method according to embodiment 1, wherein the attribute is common to a representation.

Embodiment 4. The method according to embodiment 1, wherein the attribute is common to a sub-representation.

Embodiment 5. The method according to embodiment 1, wherein the attribute is common to an adaptation set.

a client operable to generate and transmit a set of URL query parameters for spatial adaptation to a region of interest; and

generating, by a client, a set of URL query parameters for spatial adaptation to a region of interest;

transmitting the generated set of URL query parameters to a server; and 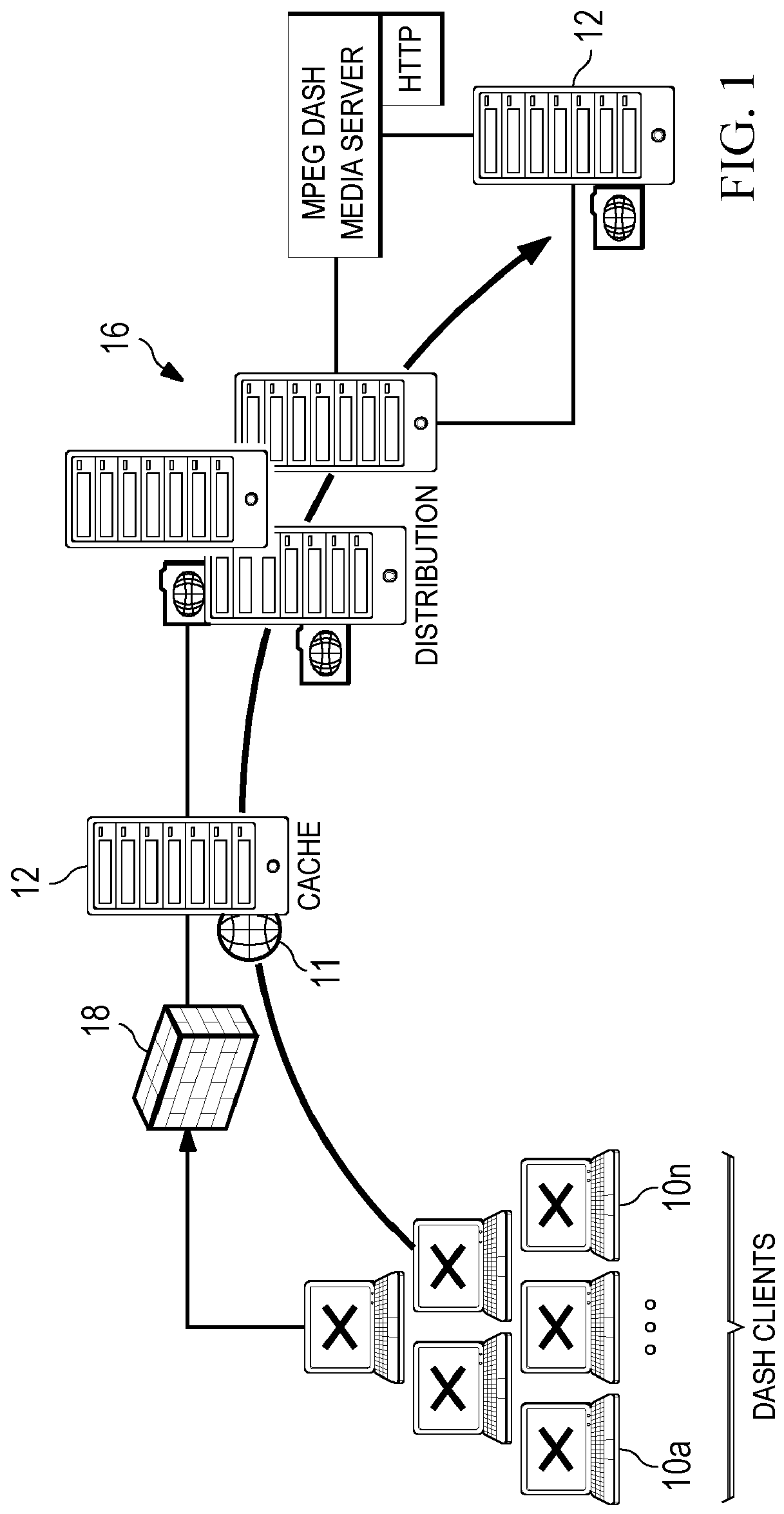 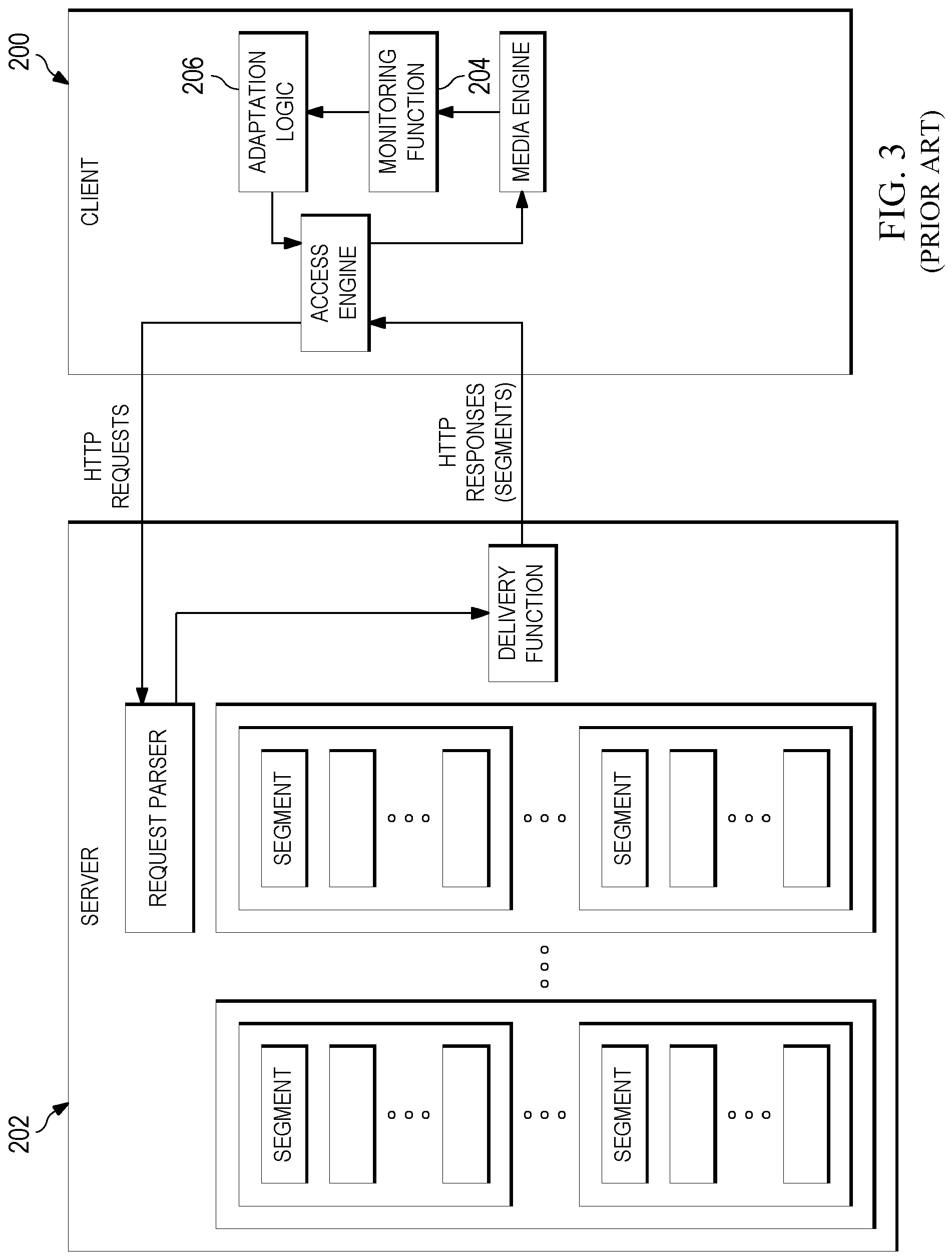 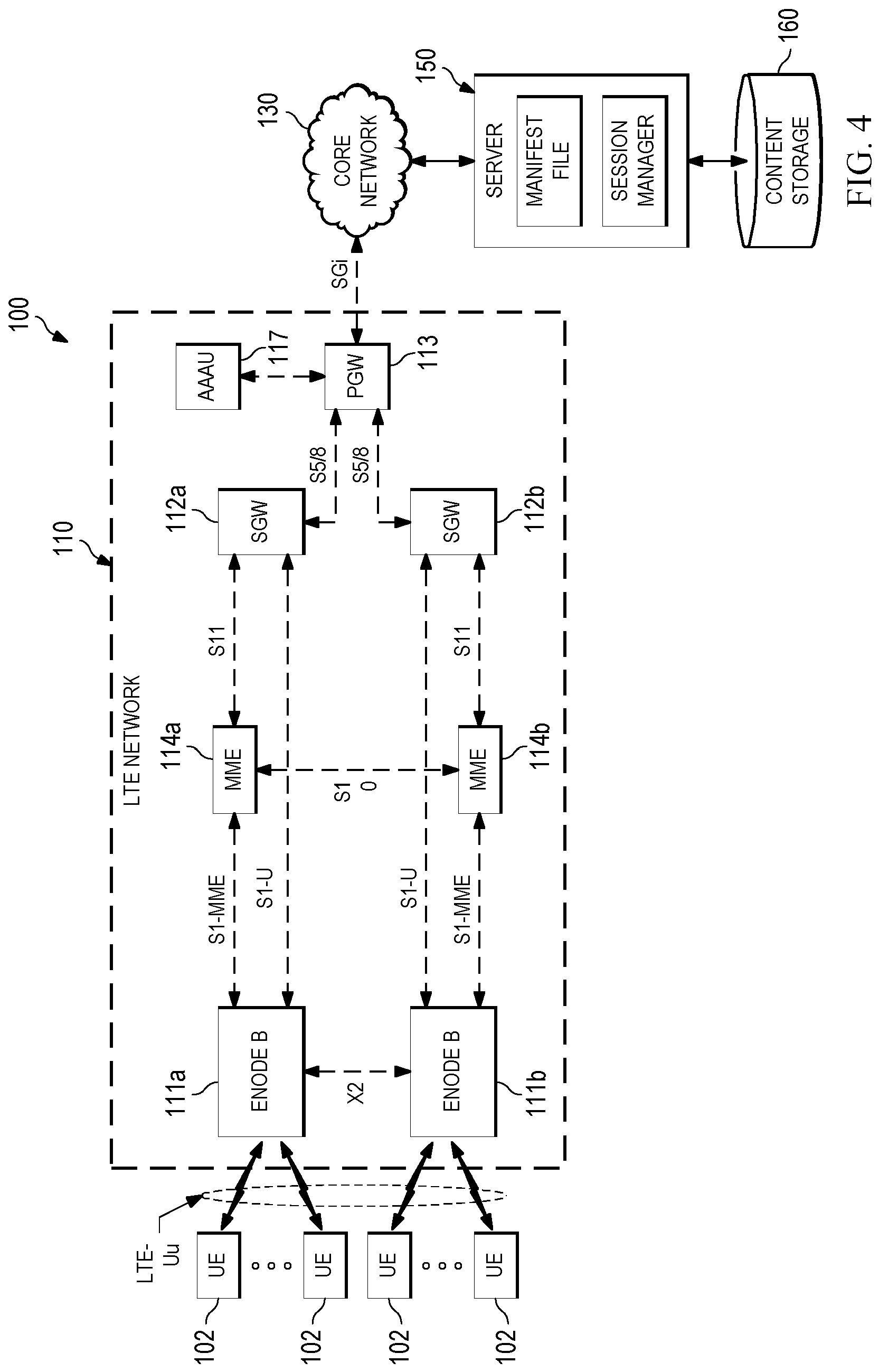 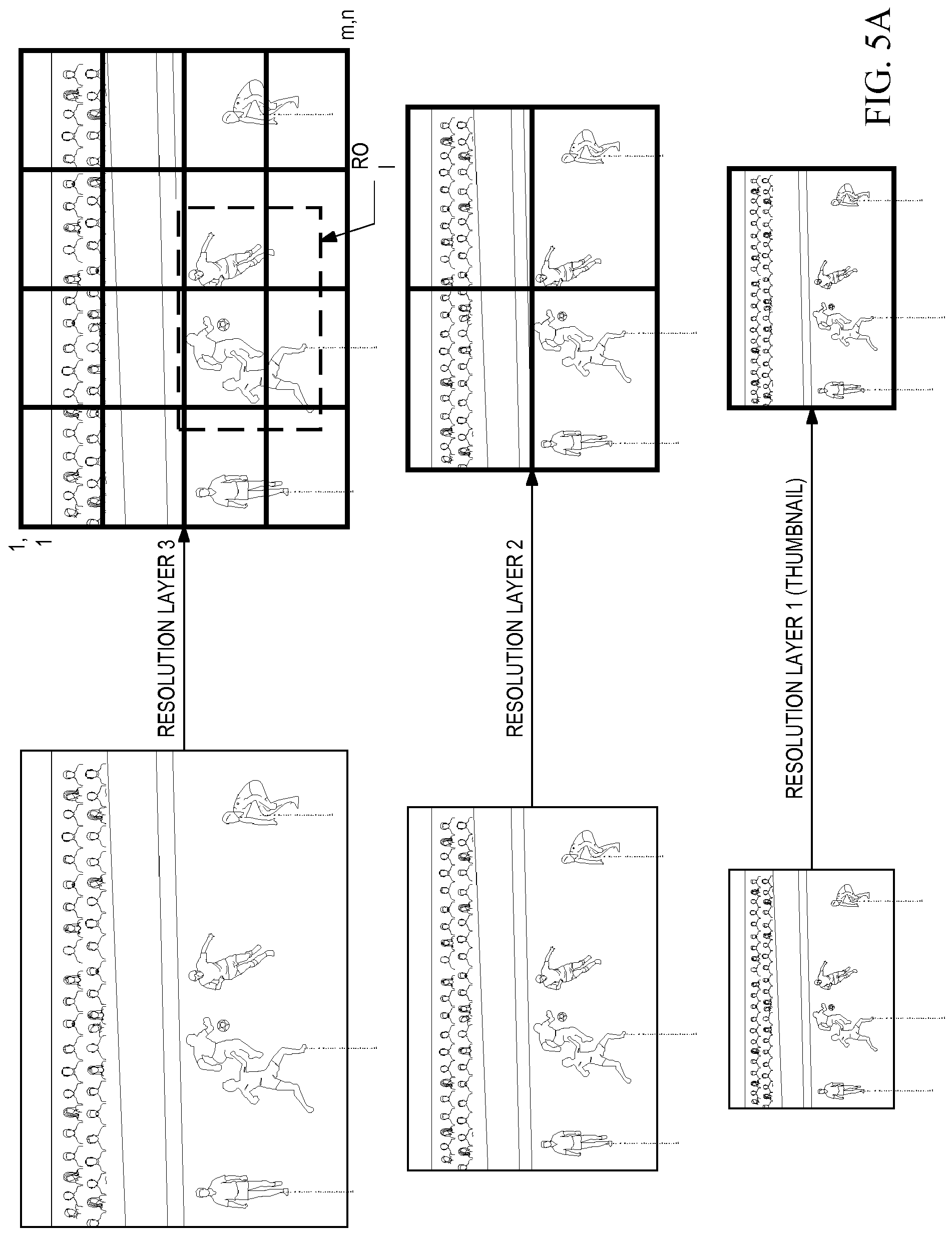 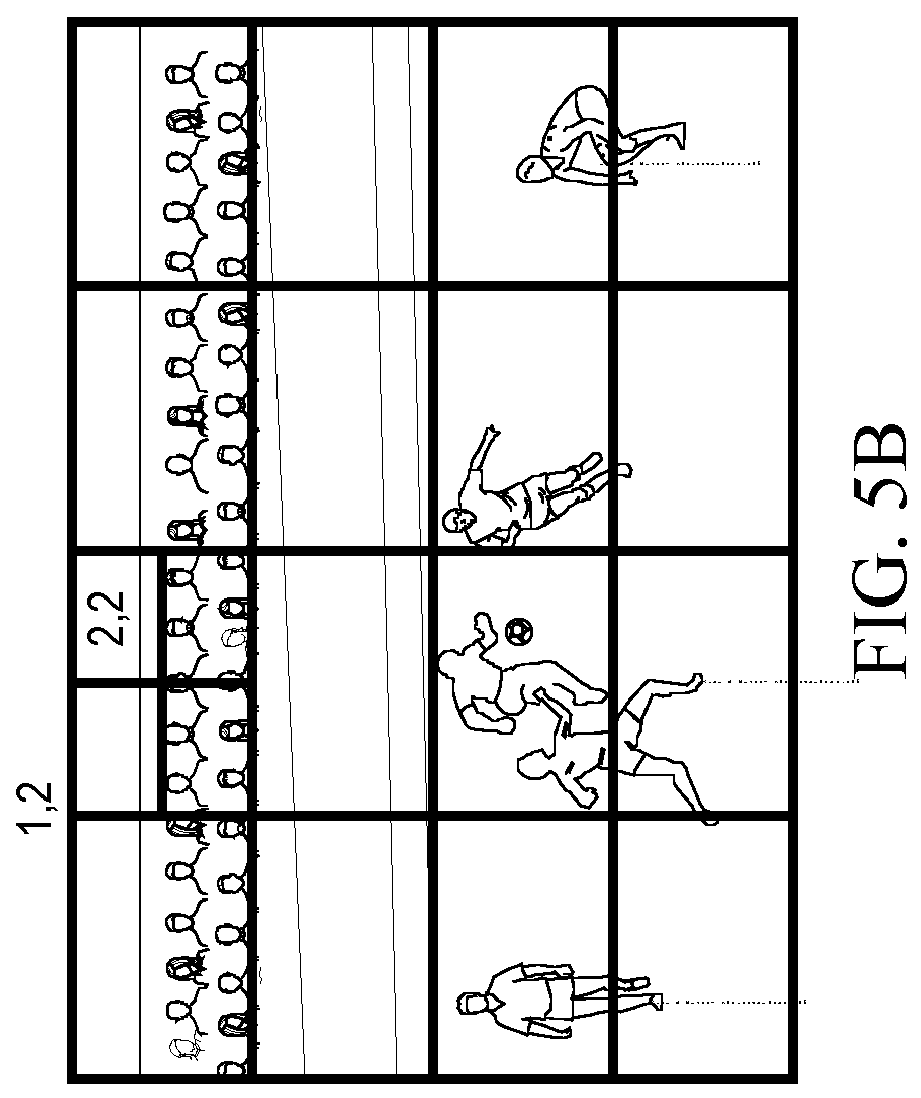 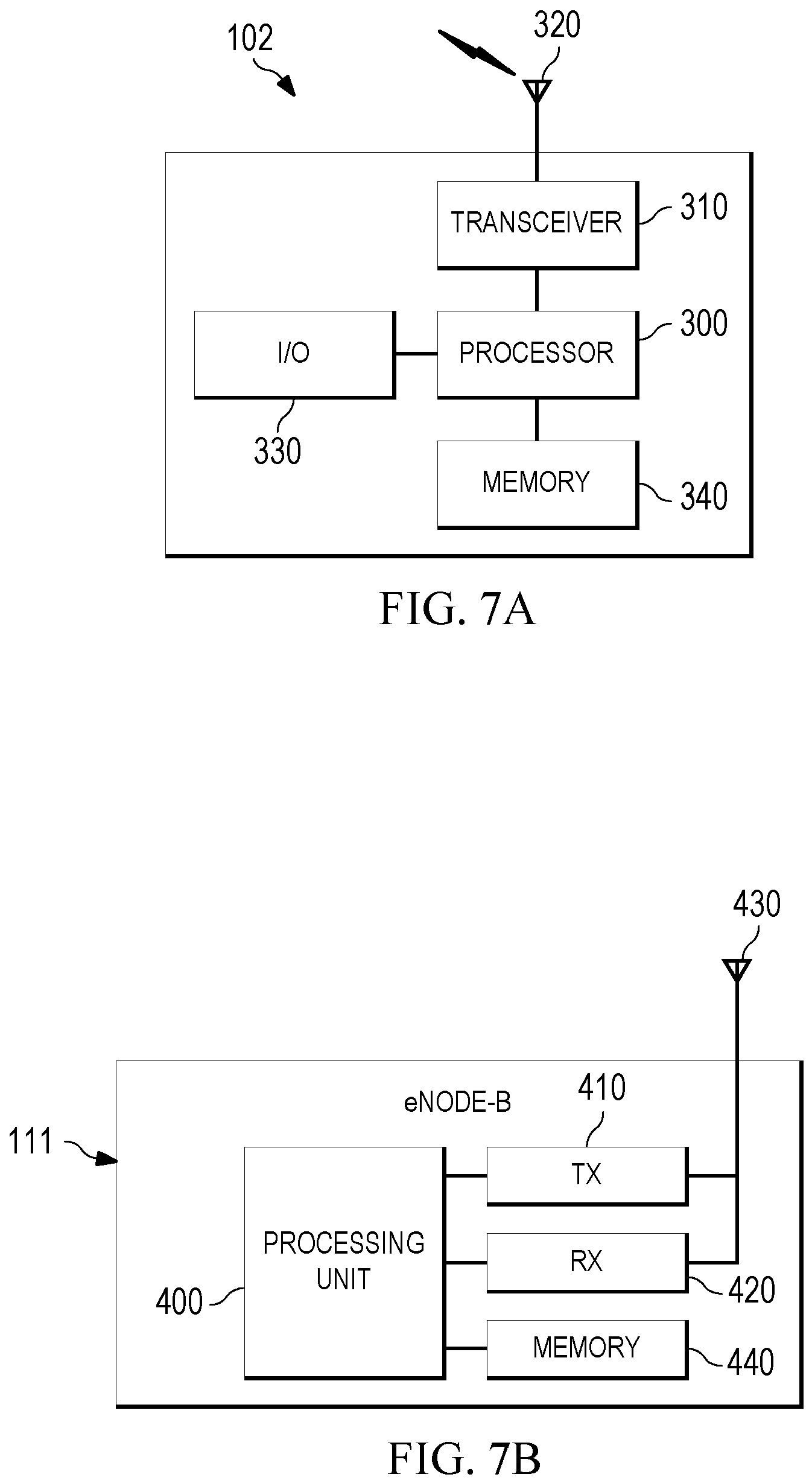 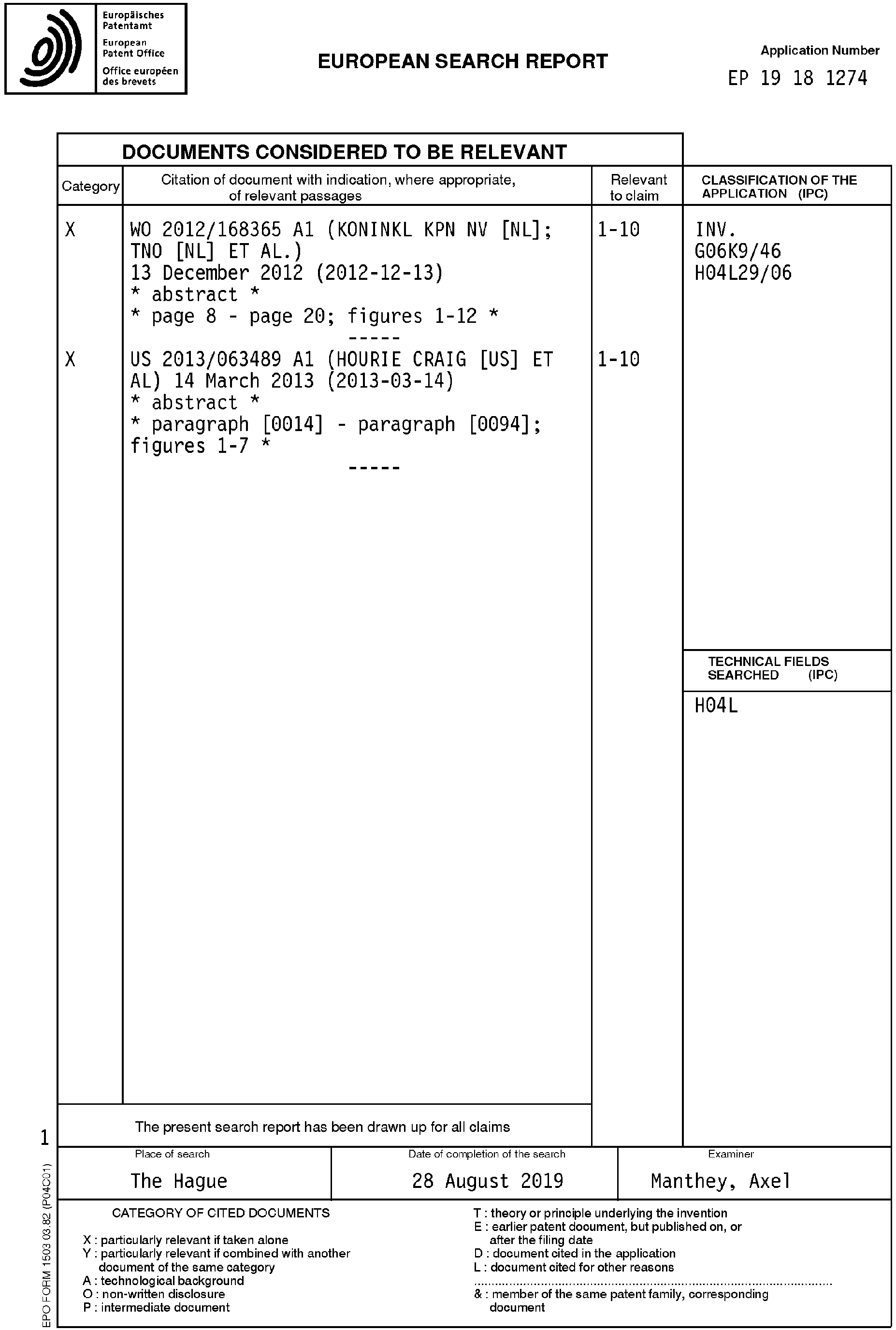 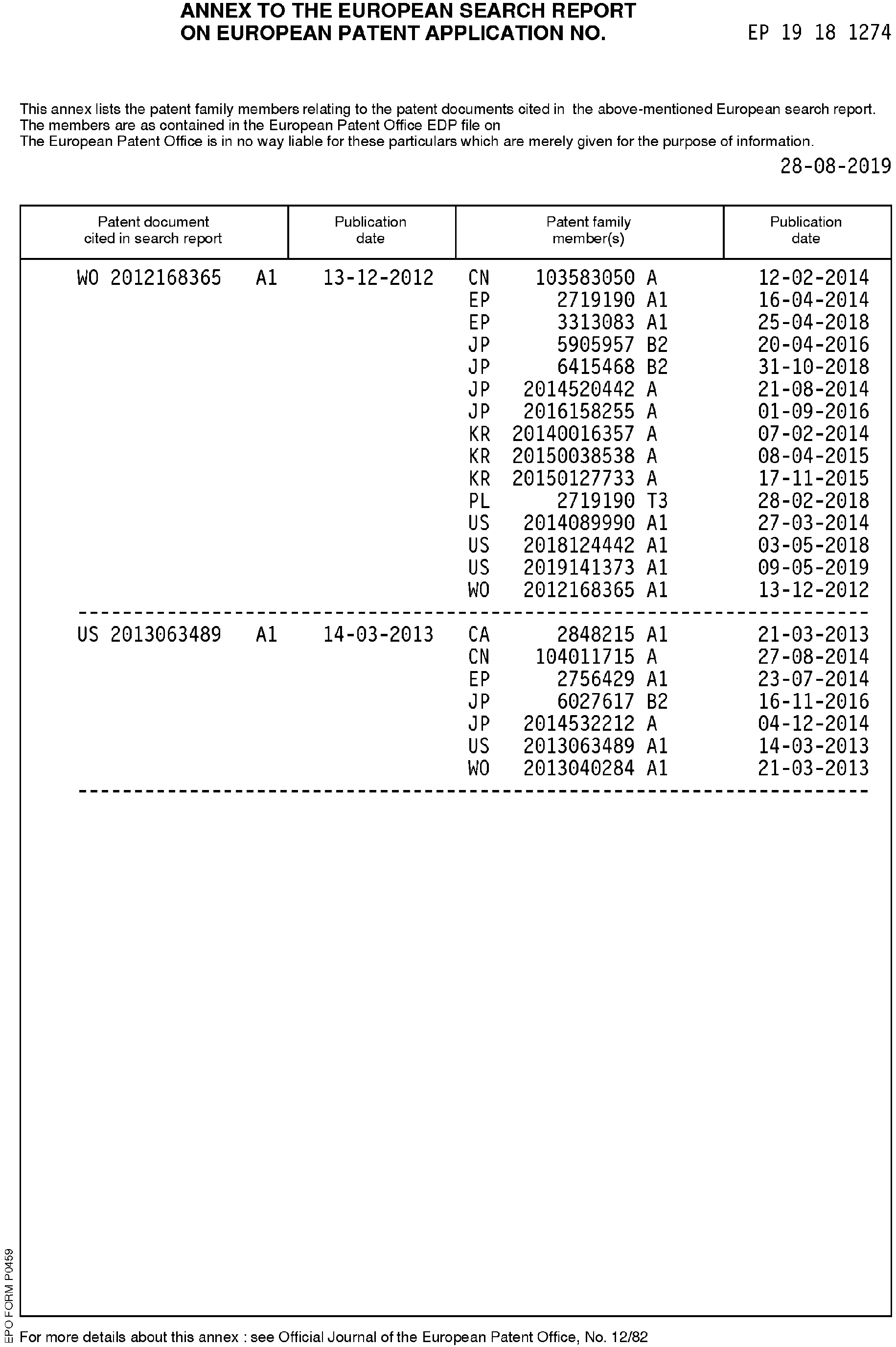