- 4,300°K
This colour temperature is warm, therefor the lighted object take a pinkier hue. It is a light similar to twilight light, which is more comfortable and relaxing for humans: the ideal lighting for odontophobic patients. It is used in surgical therapies wherein perfused tissues (mucosae) are visualized.

- 5,600°K
This colour temperature is cold, and confers a blue hue to lighted object. As known, blue light promotes the three-dimensional perception of objects and dentist's concentration. This kind of light is ideal for tooth shade determination in prosthetic and conservative dentistry.

[0022] Moreover, a radiation having a wavelength of 2,700°K (Composite mode) can be obtained, markedly reducing the activation of the photoinitiator during the modelling of dental composite resins by dentists.
[0023] In order to obtain colour temperature adjustments, the light produced by the two LEDs is mixed through a light guide suitably shaped and transmitted to an elliptical reflector, said light being then channelled on the target with maximal efficiency.
[0024] The advantages connected to the present invention are manifold.
[0025] A first advantage consists in the increase of scyalitic effect, due to the presence of two distinct lighting groups, which through the coupled reflectors extend on a wide surface inside said lamp, obtaining the minimization of the shadows projected into the oral cavity by the interposition of dentist's hands and/or instruments between the light source and patient's oral cavity.
[0026] A second advantage is the availability of light having three distinct colour temperatures, which can be adapted to the undergoing therapy.
[0027] A third advantage is the availability of a lamp emitting a light radiation wherein the blue component is markedly reduced, allowing the dental composite resins to remain fluid and easily modellable for all the time required for modellation.
[0028] A fourth advantage lies in the possibility of adjusting the light intensity in a continuous way from 3,000 to 50,000 lux, which allows to adjust the lamp light intensity according to the sunlight coming from the windows and/or to the artificial environmental lighting of the dental practice.
[0029] A fifth advantage consists in sparing an optical element, in particular a converging lens, from the opto-mechanic assembly according to the known art, obtaining a productive simplification and an economic saving.
[0030] Further advantages and properties of the present invention are disclosed in the following description, in which exemplary embodiments of the present invention are explained in detail based on the drawings:

Figure 1 Schematic representation of the prior art in a lateral view;

Figure 2 Axonometric view of the lamp according to the present invention;

Figure 3 Axonometric view of lighting groups of the lamp according to the present invention;

Figure 4 Top view of a schematic representation of the convergence of the optical paths of the two lighting groups;

Figure 5 Lateral view of the beam path according to the present invention.

1. Scyalitic lamp (1) preferably for dentistry, comprising at least a lighting group (4) in its turn comprising:

- At least two light sources, preferably in the form of LEDs (8), having different colour temperature;

- A reflector (5), downstream which 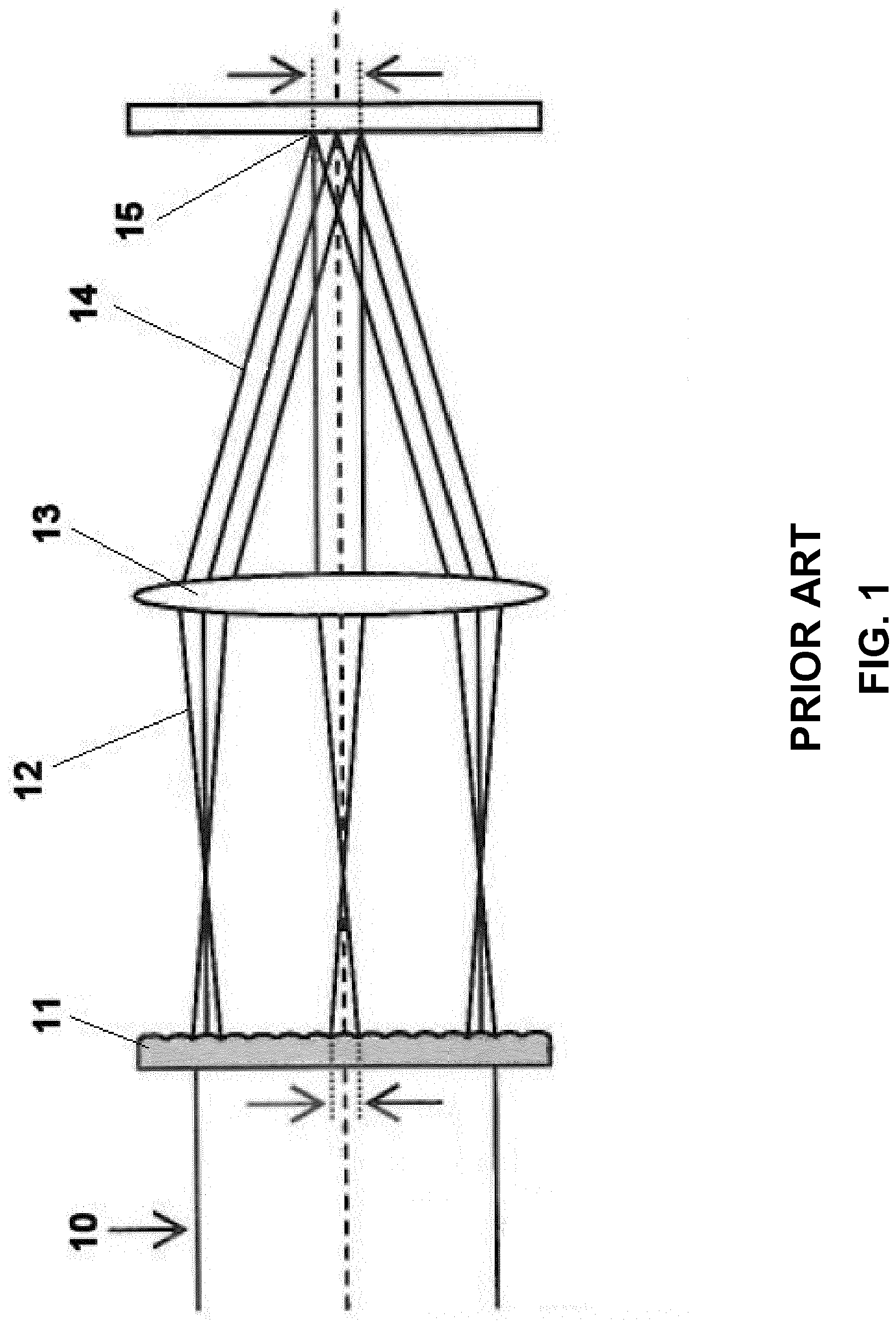 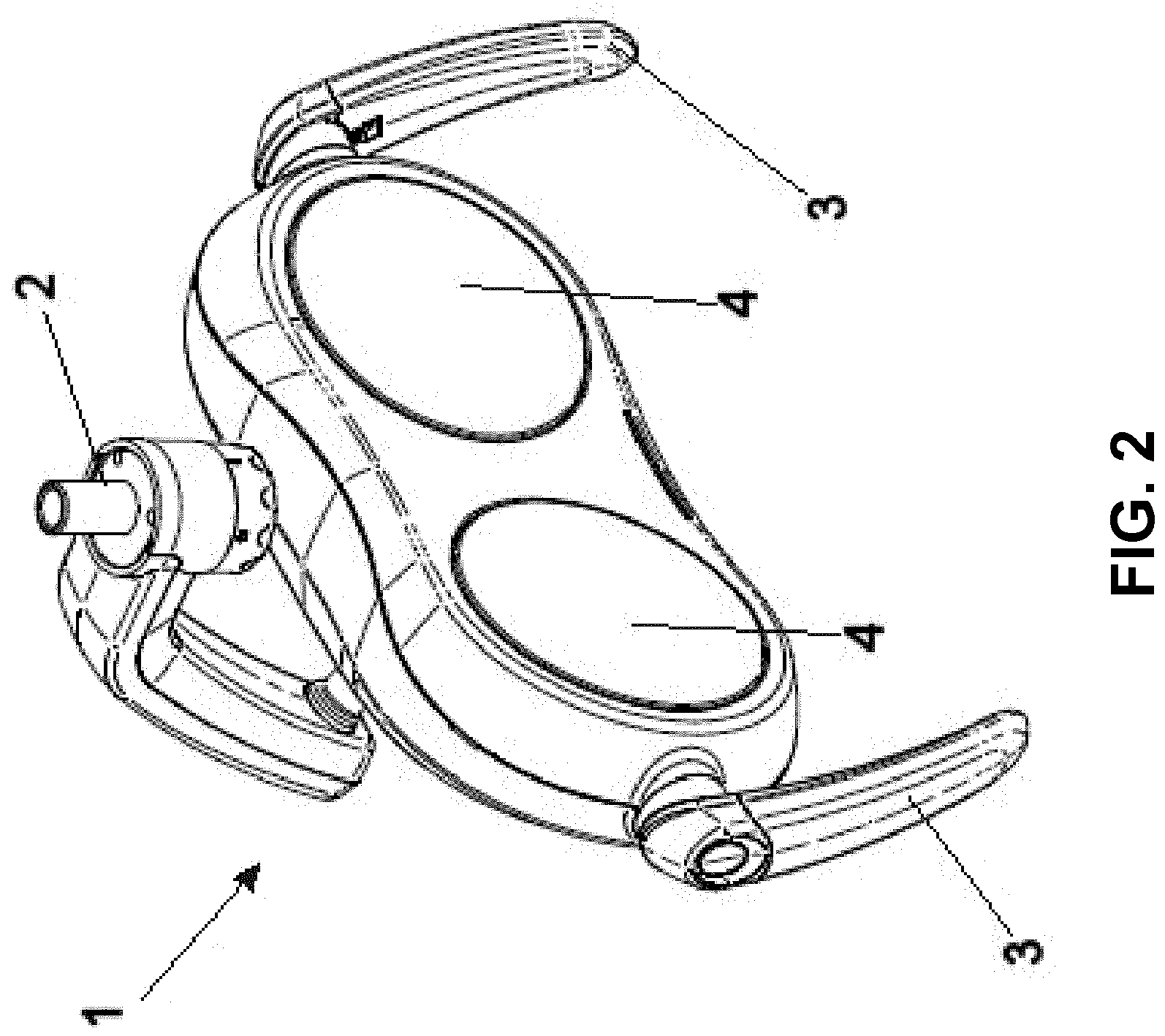 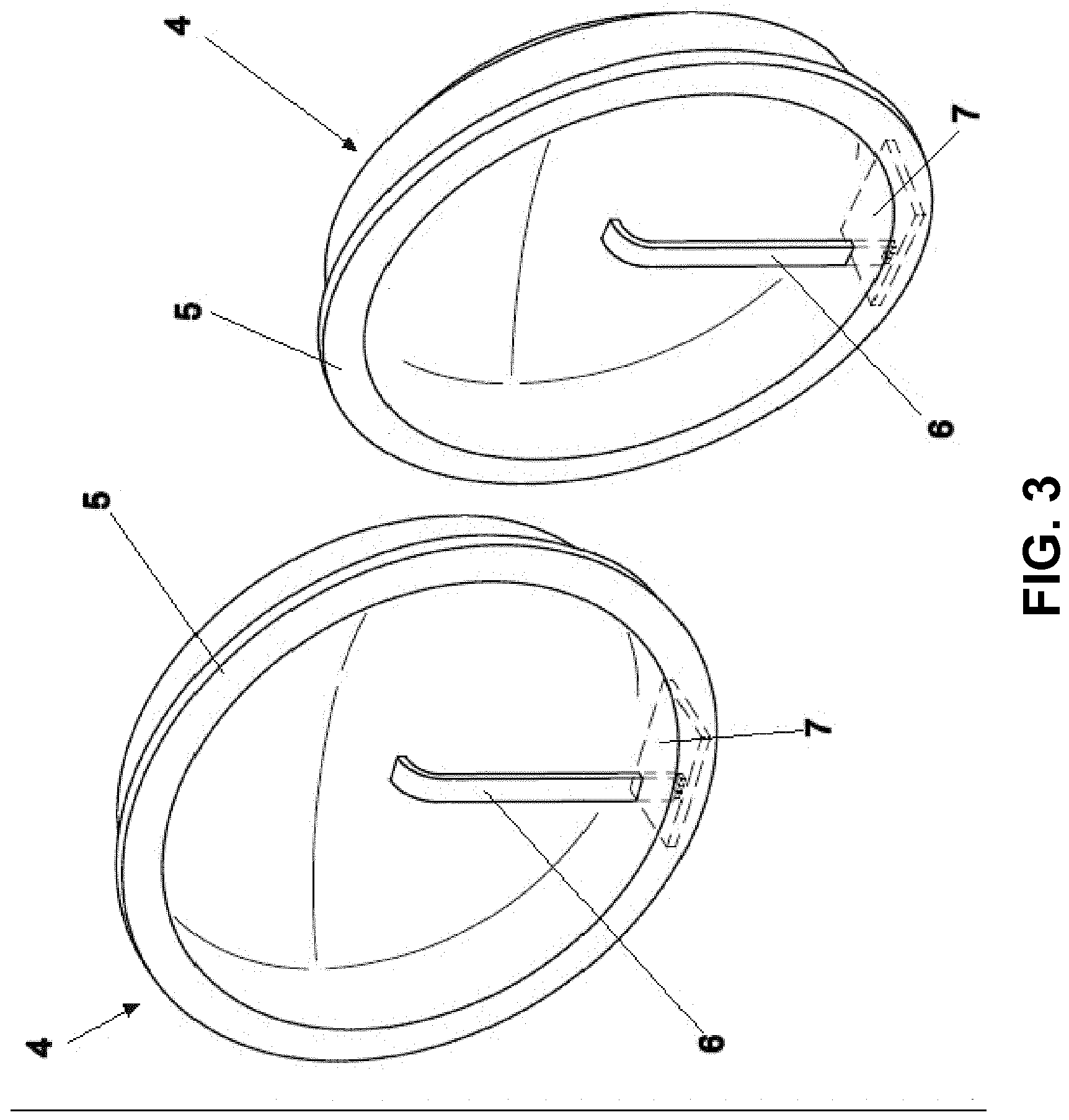 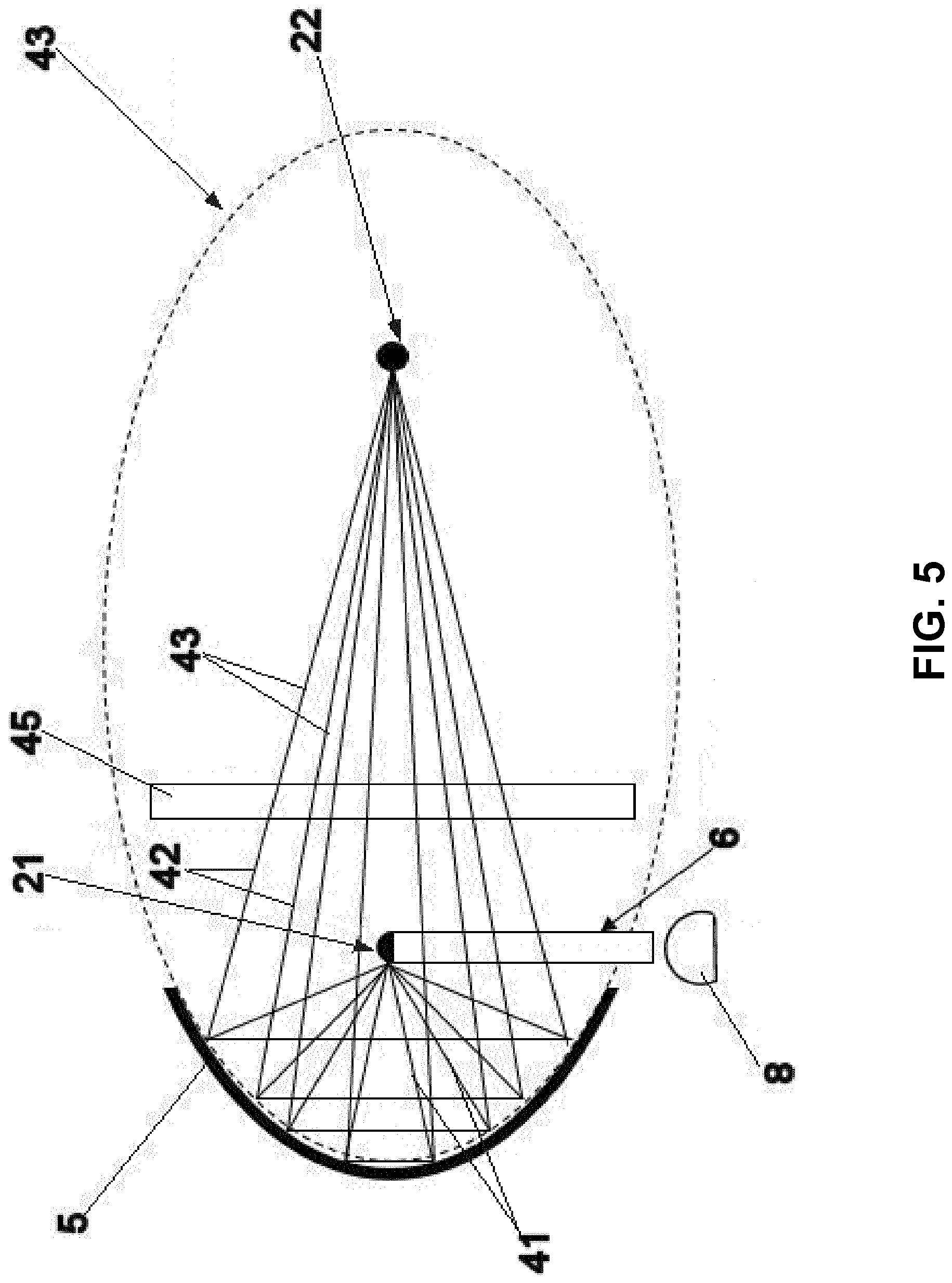 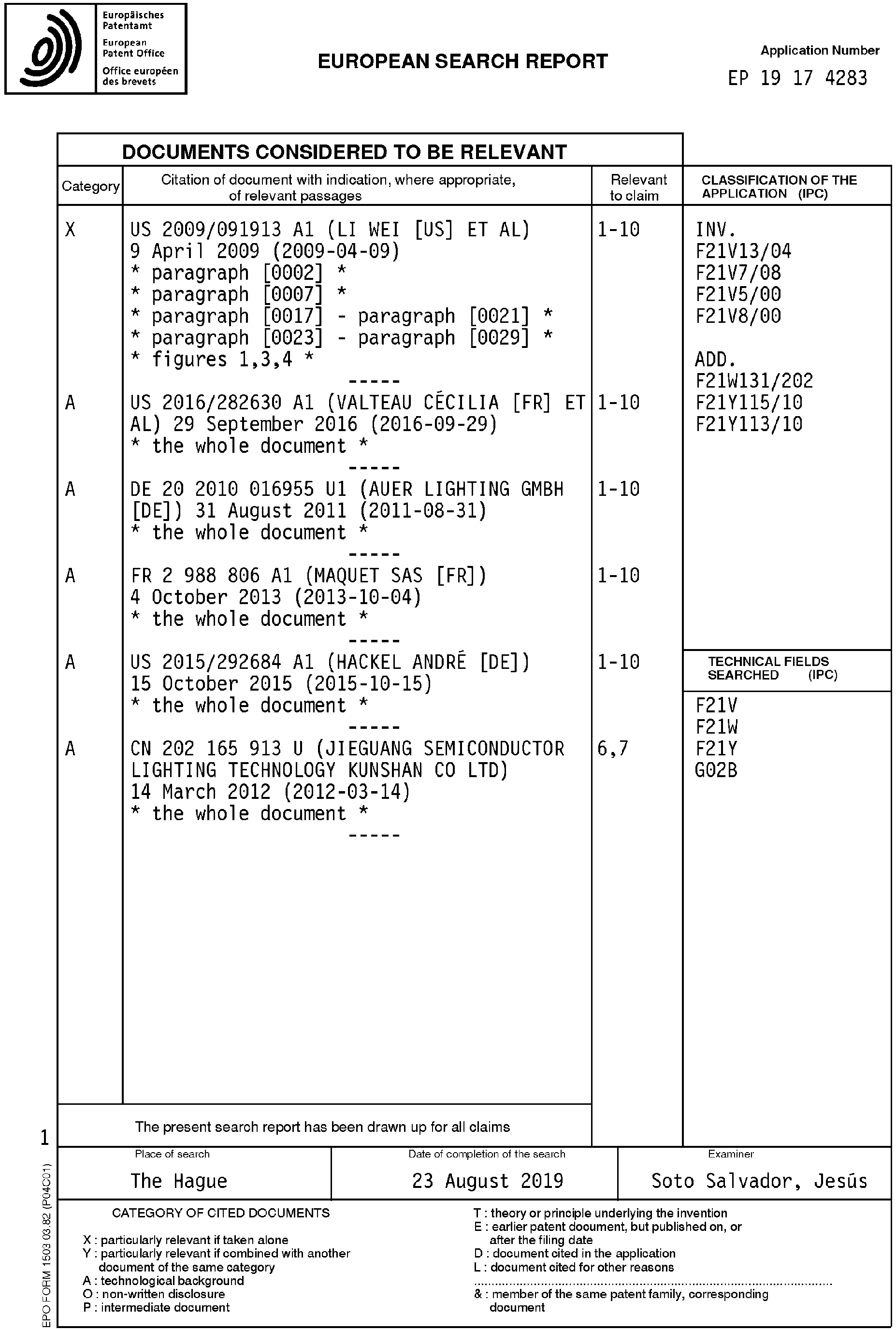 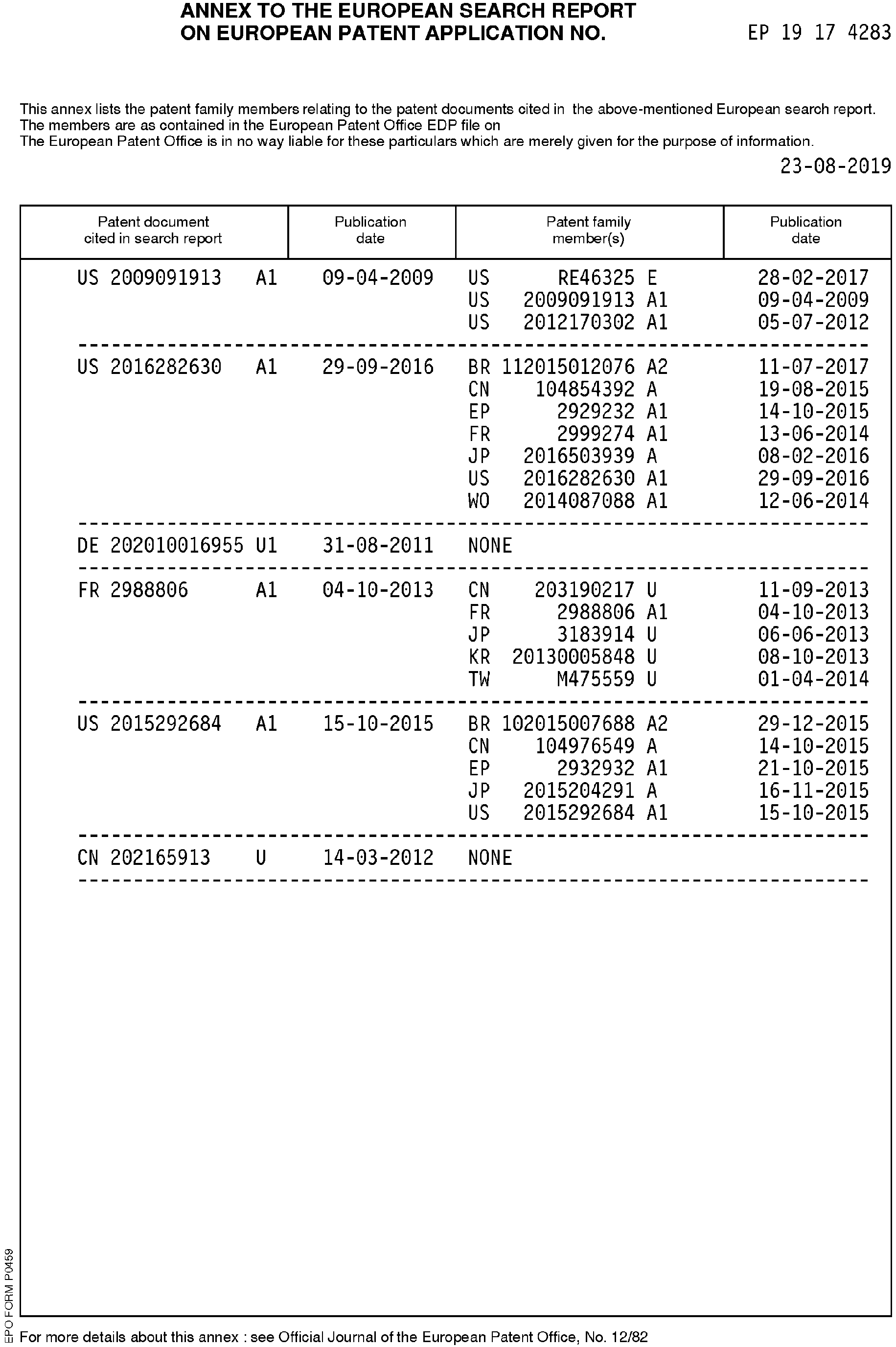