[0001] This invention is directed to a release mechanism for a mandrel of a jarring device commonly referred to as a jar. Jars are used in the well drilling industry to free downhole tools that may become lodged in a well. An upward or downward force can be supplied to a tubular string which includes the affected tool in order to break free the tool from the well bore.

[0002] Typically, a release mechanism in the form of an annular collet is provided which normally prevents axial movement of the mandrel. The mandrel is spring biased to move with significant force in an upward or downward direction. If a sufficient force is placed on the mandrel, the collet will release.
[0003] U.S. Patent No. 5,022,473 discloses a release assembly which comprises a plurality of angular segments 62 and 162 that engage in slots 86 and 88, and 186 and 188 respectively. It has been found that this arrangement can result in the segments 62 and 162 becoming out of alignment which could result in the failure of the release mechanism. As disclosed in the patent, the jar requires two sets of release lugs to withstand the anticipated tensile load. In this design the two lug assemblies must be spaced further apart than the total travel of the jar to prevent the lower lug from inadvertently engaging the groove of the upper lug assembly. If a third lug assembly were necessary it would have to be spaced a distance greater than the jar stroke from the lower set. This would significantly increase the total length of the jar and also the cost.

[0004] The present invention solves the above noted problem by providing a plurality of angular lug segments each of which has two or more projections that engage corresponding grooves in the mandrel.
[0005] In order to avoid misalignment or a jarring situation, the projections have either a differing width or are spaced at different distances. The grooves on the mandrel have a complementary configuration as will be explained below.

BRIEF DESCRIPTION OF THE SEVERAL VIEWS OF THE DRAWING(S)

[0006] The invention will now be further and more particularly described, by way of example only, and with reference to the accompanying drawings, in which:

FIG. 1 is a cross-sectional view of a first embodiment of the release lugs as shown in a neutral position.

FIG. 2 is a cross-sectional view of the first embodiment of the release lugs just prior to release of the mandrel.

FIG. 3 is a cross-sectional view of the release lugs of FIG. 1 in a release position with the mandrel initially moving.

FIG. 4 is a cross-sectional view of the mandrel in a completely released position.

FIG. 5 is a perspective view of a release lug according to a first embodiment of the invention.

FIG. 6 is a perspective view of a plurality of release lugs forming a release mechanism according to a first embodiment of the invention.

FIG. 7 is a cross-sectional view of a second embodiment of the release lugs shown in a neutral position.

FIG. 8 is a cross-sectional view of the release lugs of the second embodiment in a fully released mode.

FIG. 9 is a segmented cross-sectional view of an entire jar including the release lugs of FIG. 7.

FIG. 11 is a cross sectional view of a third embodiment of a release mechanism according to the invention.

1. A release mechanism for a jarring tool having a mandrel (21), the mechanism comprising:

a plurality of arcuate release lugs (17; 201-204), each release lug including an inner surface and an outer surface;

a mandrel (21) having a plurality of axially spaced grooves (32) on an outer surface of the mandrel; and

2. A release mechanism for a jarring tool as claimed in claim 1 wherein the projections (18; 207) have different axial widths.

4. A release mechanism for a jarring tool as claimed in any one of the preceding claims including three projections (18; 207) that are axially spaced from each other by a different distance.

5. A release mechanism for a jarring tool as claimed in claim 4 including at least three grooves in the outer surface of the mandrel, the grooves being axially spaced from each other by a different distance.

a mandrel (21) having a plurality of axially spaced grooves (32);

7. A jarring tool as claimed in claim 6 wherein the projections have varying widths.

8. A jarring tool as claimed in claim 6 or claim 7 including three projections that are axially spaced from each other of a different distance.

10. A jarring tool as claimed in any one of claims 6 to 9 further including a plurality of garter springs (38; 228) surrounding the release lugs (17; 201-4) thereby forming a circular array of release lugs which engages an outer surface of the mandrel (21). 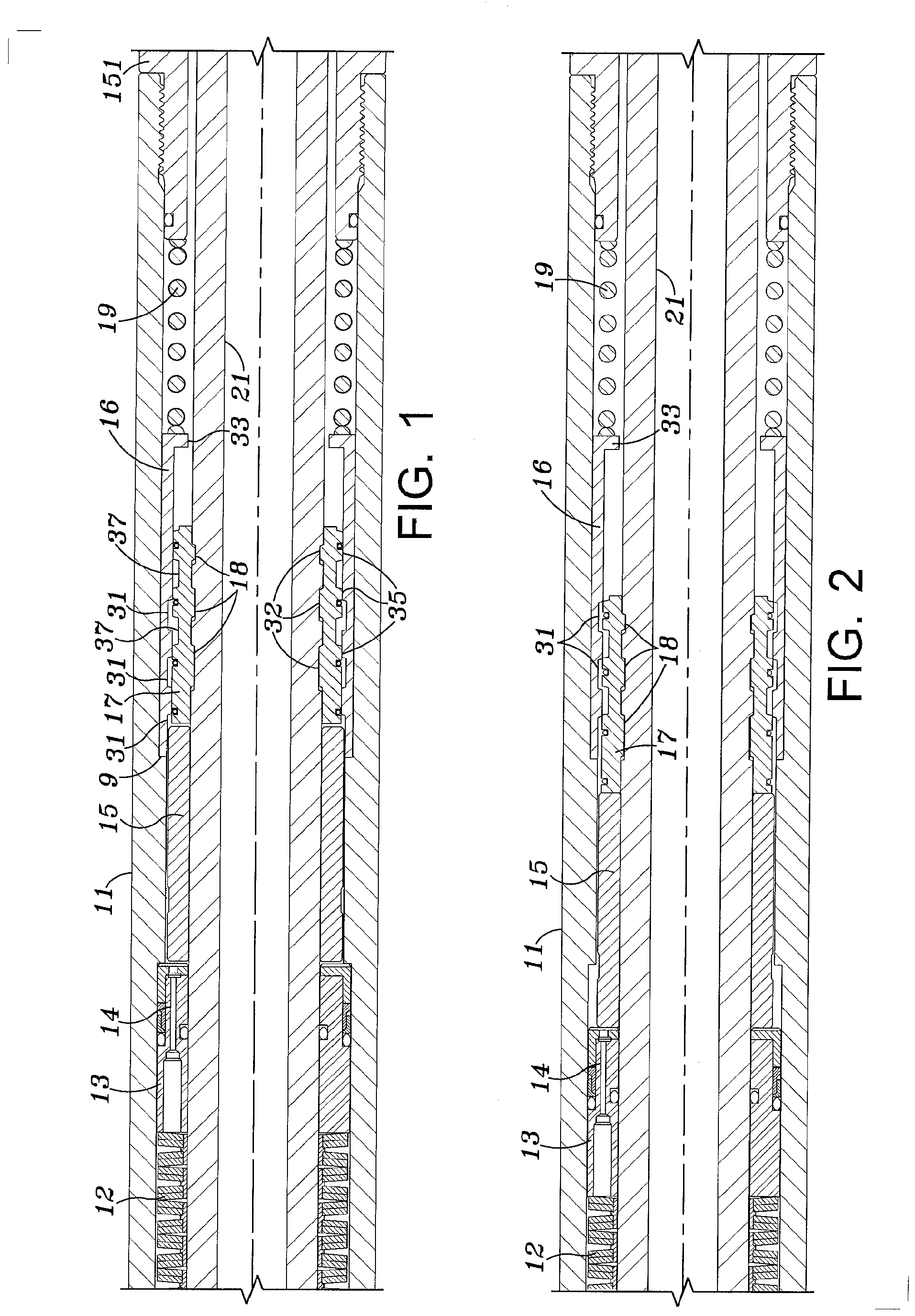 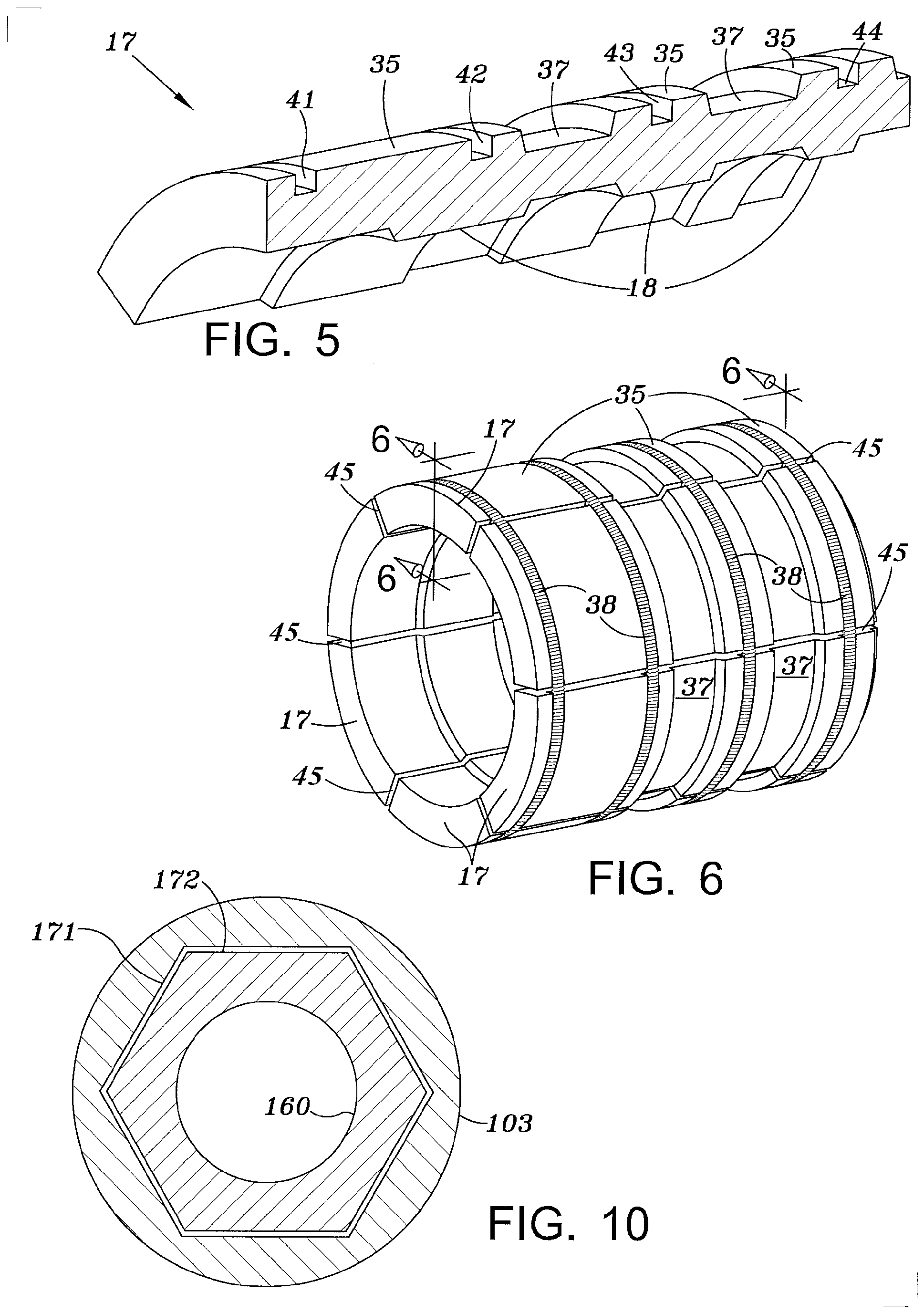 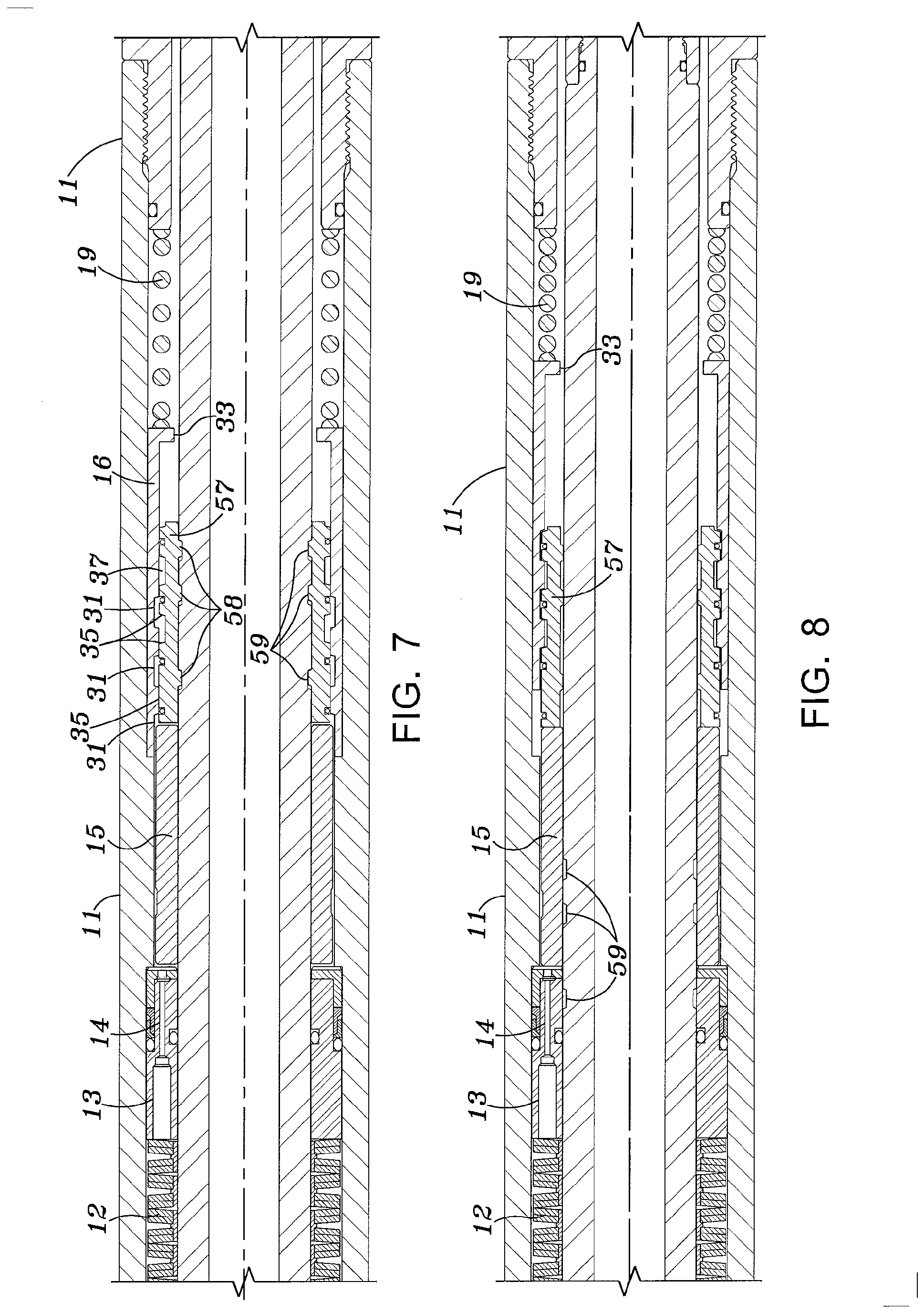 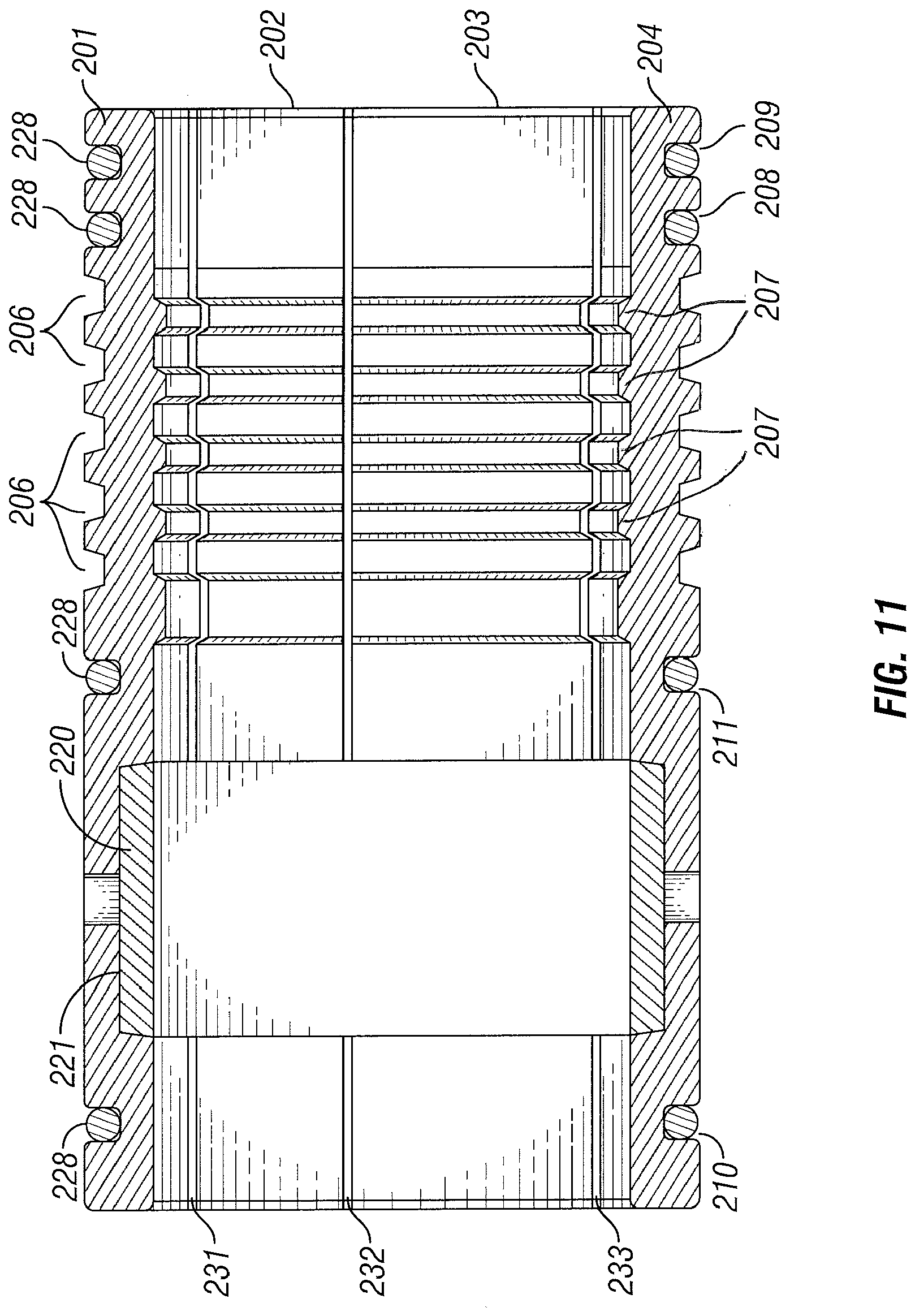 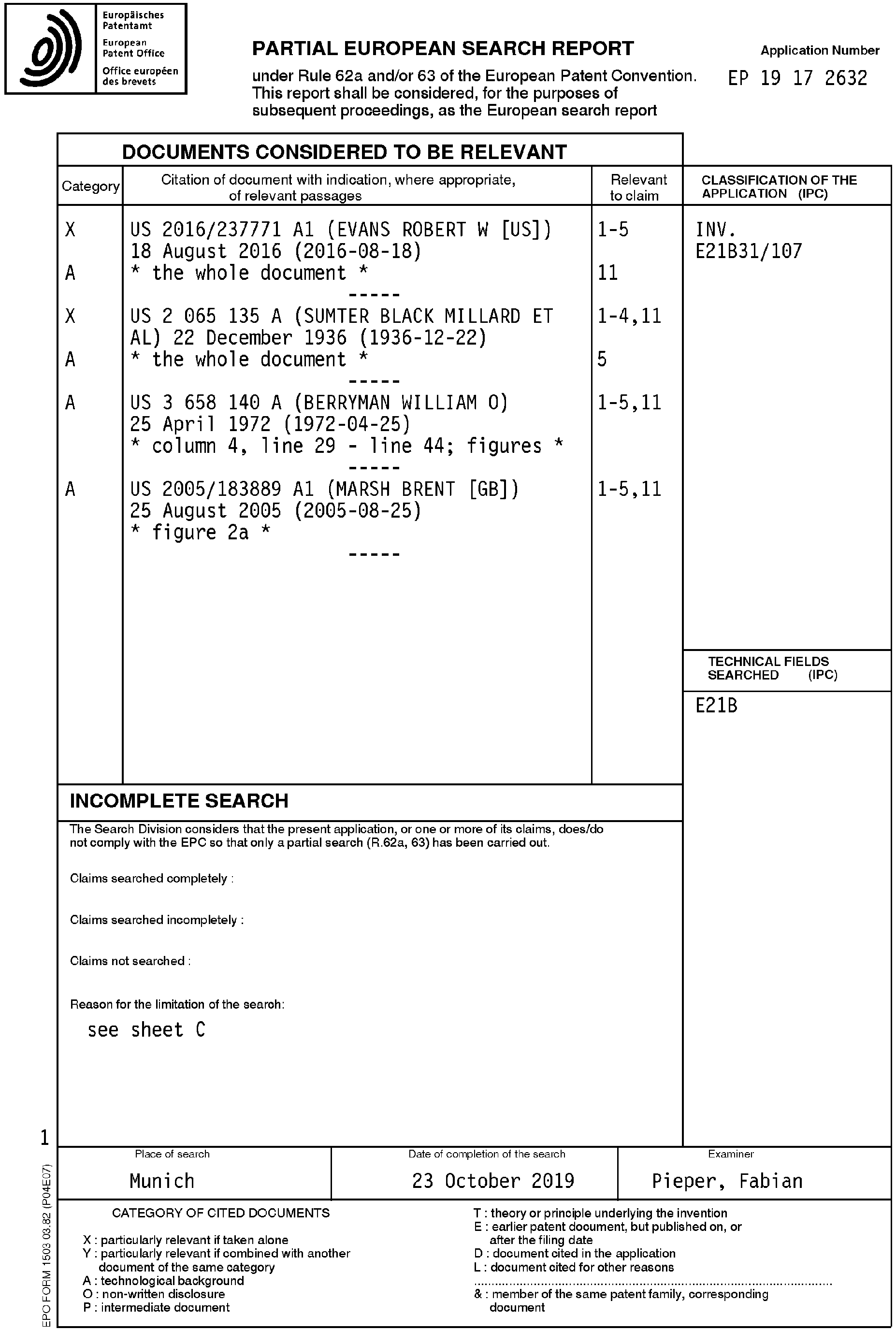 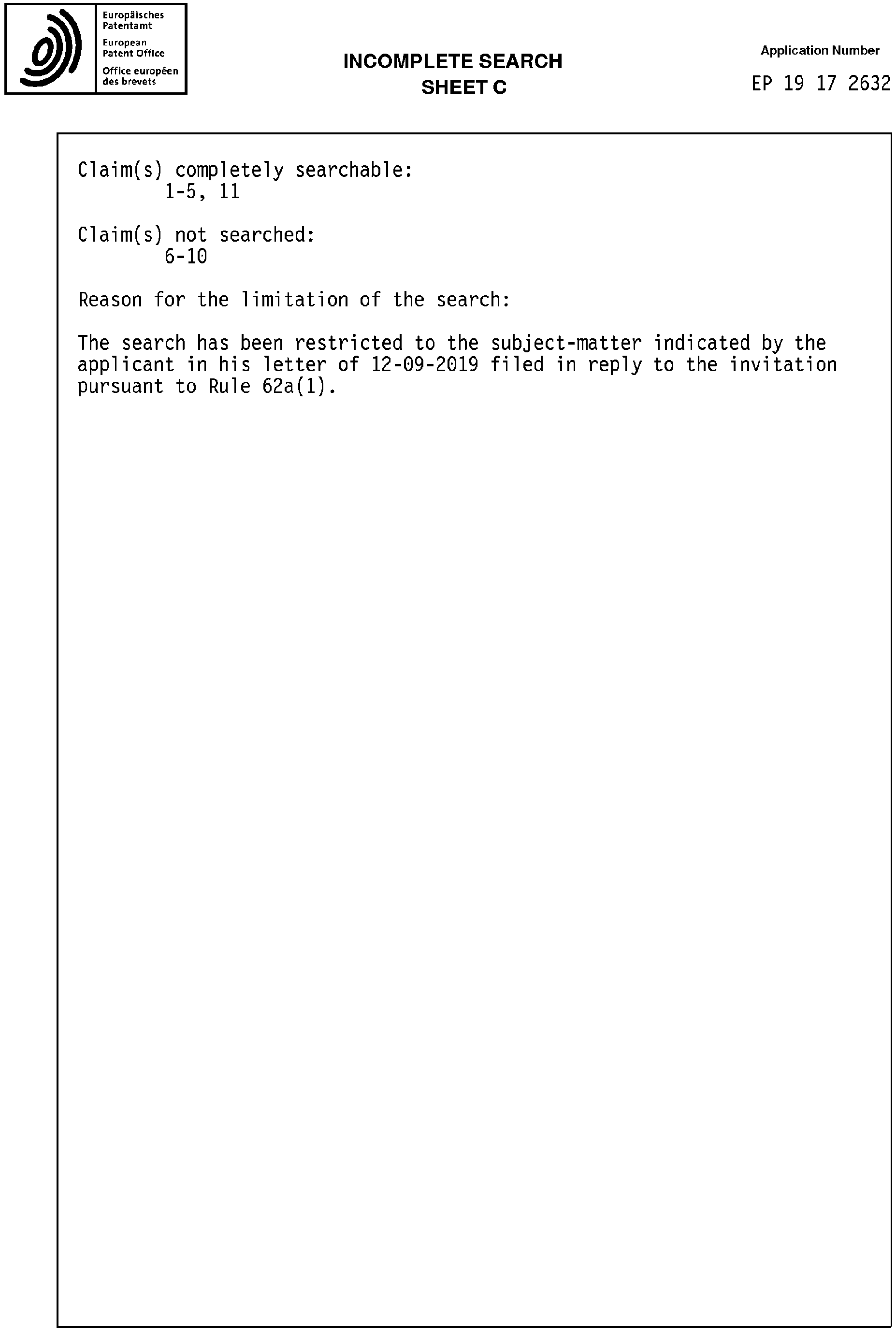 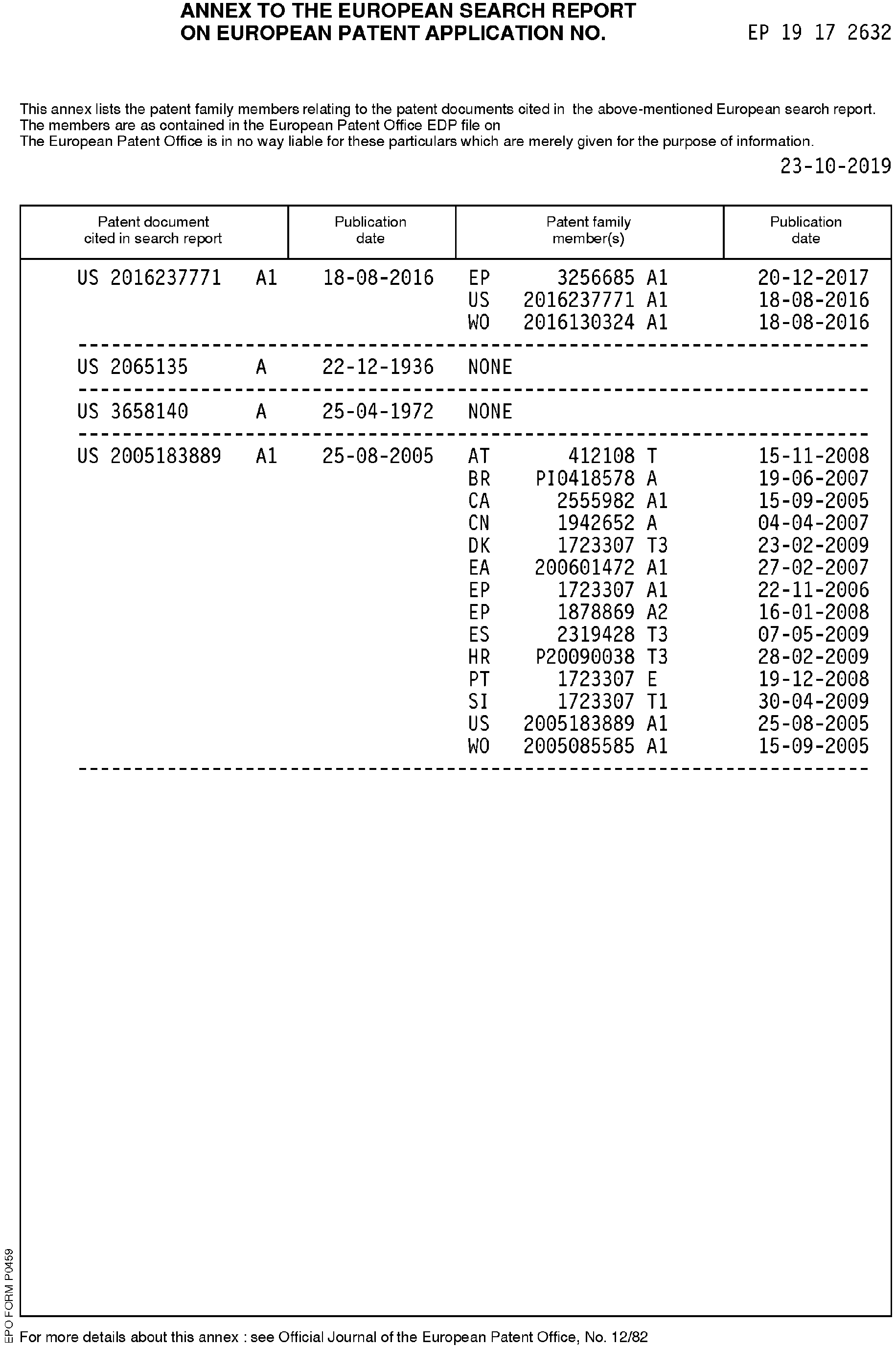