[0002] An embedded system may be an electronic computer, processor or a computer that is integrated or embedded in a technical context, such as within a motor vehicle, a medical device, a consumer electronic device, a household appliance, or aircraft. It is becoming increasingly important to improve embedded systems to achieve better performance. For example, in a motor vehicle, there is a need to improve an embedded system, such as an electronic control unit (ECU) or other control devices, by reducing the time between turning on an operating system of the embedded system and start-up of the operating system, also referred to as "boot time," to achieve full functionality of the operating system as quickly as possible. This need at least exists because of safety and user experience goals. For example, if the vehicle includes an embedded camera system, such as a surround-view camera or rear-view camera, safety and user experience goals make it desirable to achieve full functionality of the embedded camera system as quickly as possible after turning on or starting up the vehicle. Otherwise, a user of the vehicle may not utilize the embedded camera system, which could impact safety and user experience. In the vehicle context, one factor that makes satisfying this need challenging is the high number of embedded systems, which are entrusted to store and run numerous applications and programmes. Furthermore, the type and quantities of the data associated with the embedded systems, such as HD image data, make satisfying the need challenging. Additionally, because some embedded systems may require updating, such as software updating, scheduling the updates and the effects from the updates may impact the need.
[0003] In a conventional system, a memory image is transferred completely from a memory element into a working memory of the system and then executed. Based on this approach, a processor in the system is required to wait until the transfer of the memory image is complete, before the processor can start to execute the instructions. This delay comprises a significant portion of the boot time.

[0004] One or more embodiments describe a method for starting an operating system whereby the time needed to start the operating system (i.e., boot time) may be reduced. This may be through a fast loading / boot process (instant boot) featured on a control device, which contains the operating system. The control device may be an embedded system located within a vehicle. Through instant boot, the loading and execution steps for a memory image may occur in parallel in order to avoid idle or waiting time. A processor of the control device is able to remain active, which thus avoids idle or waiting time. A privileged hypervisor processor mode may interleave loading steps and execution steps, whereby the processor (CPU) passes into the privileged hypervisor processor mode upon attaining a pre-configured condition. Furthermore, a memory protection is used in a virtual environment together with interrupt handling capabilities. This permits data blocks (chunks) that are limited in size to be loaded. For example, such chunks may be between 16B and 32kB in size.
[0005] One or more embodiments may divide the memory image into at least two parts (i.e., create at least two memory images). Instead of loading the entire memory image from start to completion, the division allows critical applications (i.e., those that need to be loaded at the beginning) to be grouped in a small first memory image and the remainder to be grouped in one or more additional memory images. Through this grouping, the critical applications can be prioritized before the remainder. Thus, the critical applications may be loaded first. Moreover, if needed, at a later point, the remainder (or a portion thereof) may be loaded. The remainder may be stored in a large memory image, which may be greater in size than the small memory image. Through this division approach, the boot-time may be reduced, for time may not be spent on loading non-critical applications.
[0006] One or more embodiments may place or store the applications that need to start first in a small kernel image. The small kernel image is loaded first. All other software is placed in a file system, which may be loaded at some point-if needed-after the small kernel image is loaded.
[0007] Additional details and benefits of one or more embodiments may be found in the following description, with reference to the drawings associated therewith.

2. Method according to claim 1, wherein a memory image of a hypervisor (22) that contains configuration information is loaded prior to the start of command execution (9) by the processor (2) of the instructions contained in the memory image.

4. Method according to one of claims 1 to 3, wherein in order to execute the instructions contained in the memory image, the processor (2) is operated in a privileged hypervision processor mode which permits the interleaving of intended loading and execution steps. 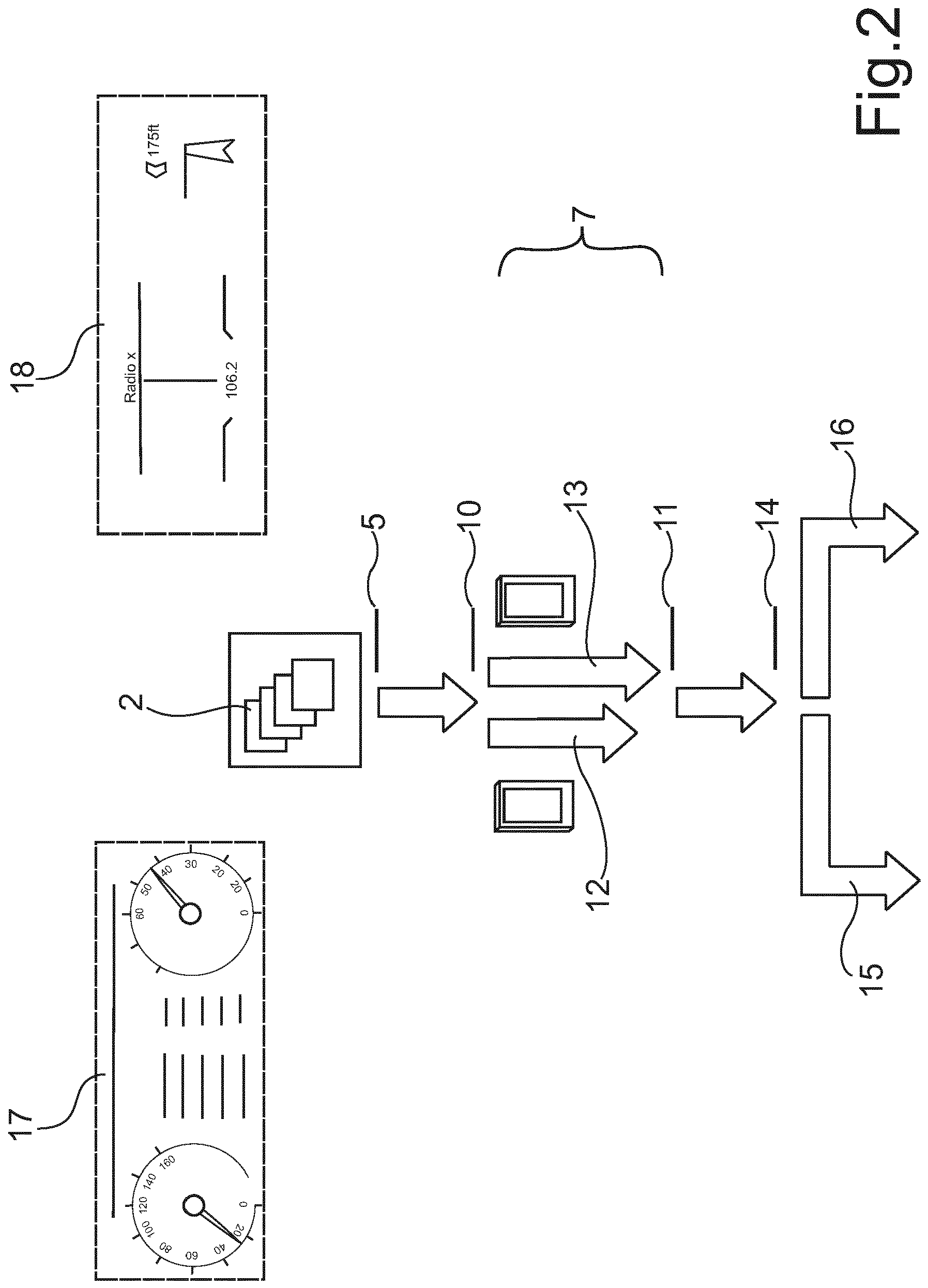 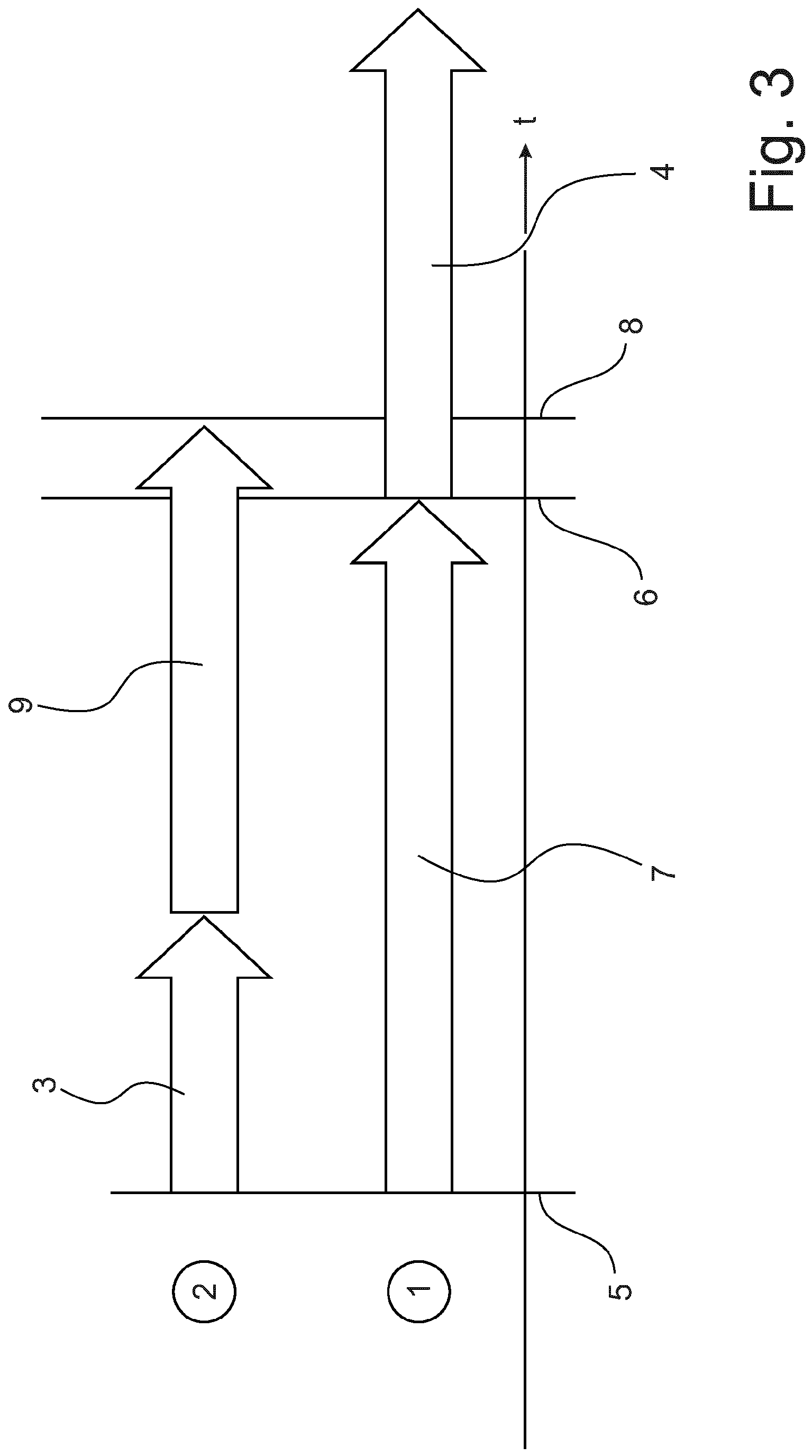 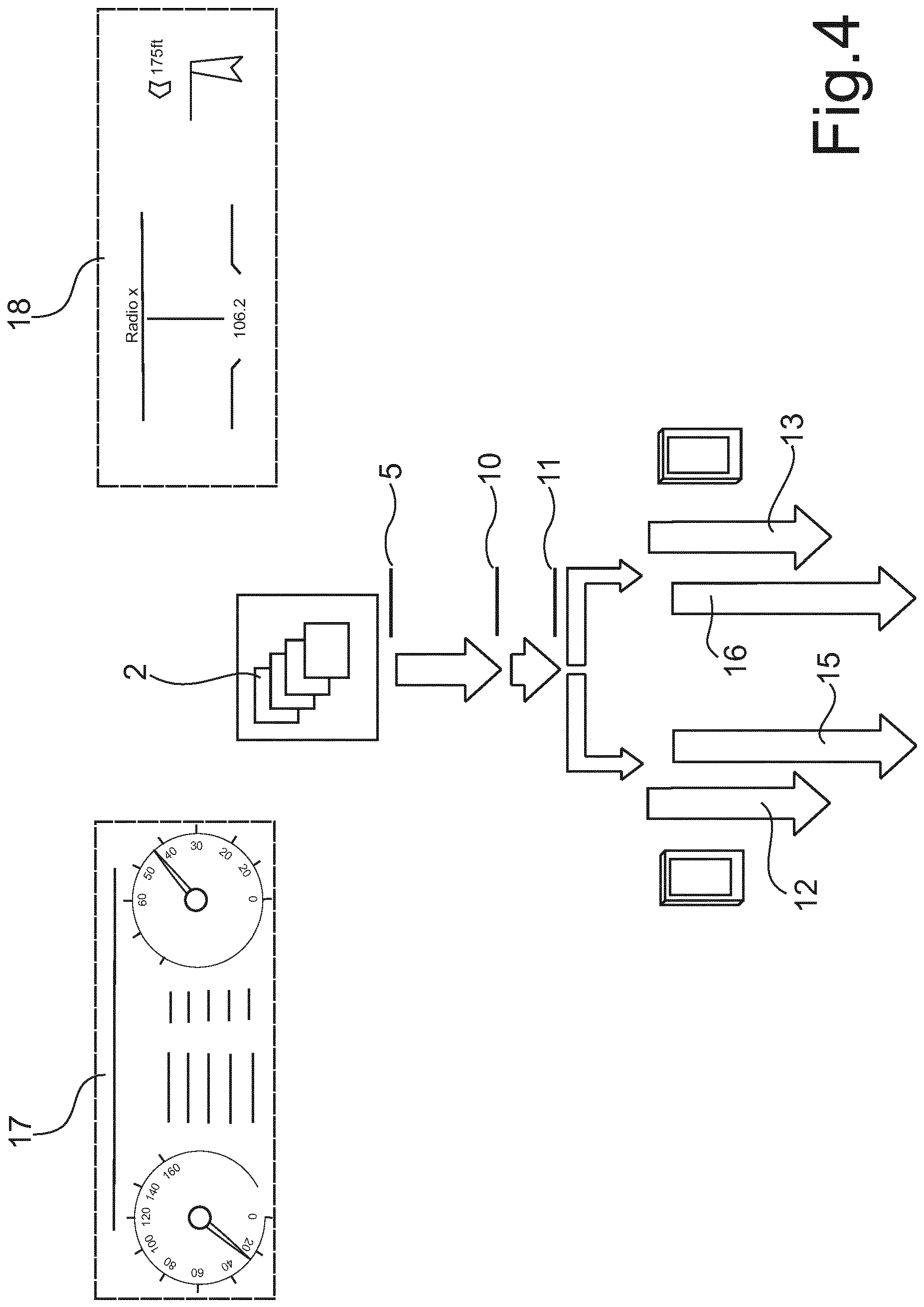 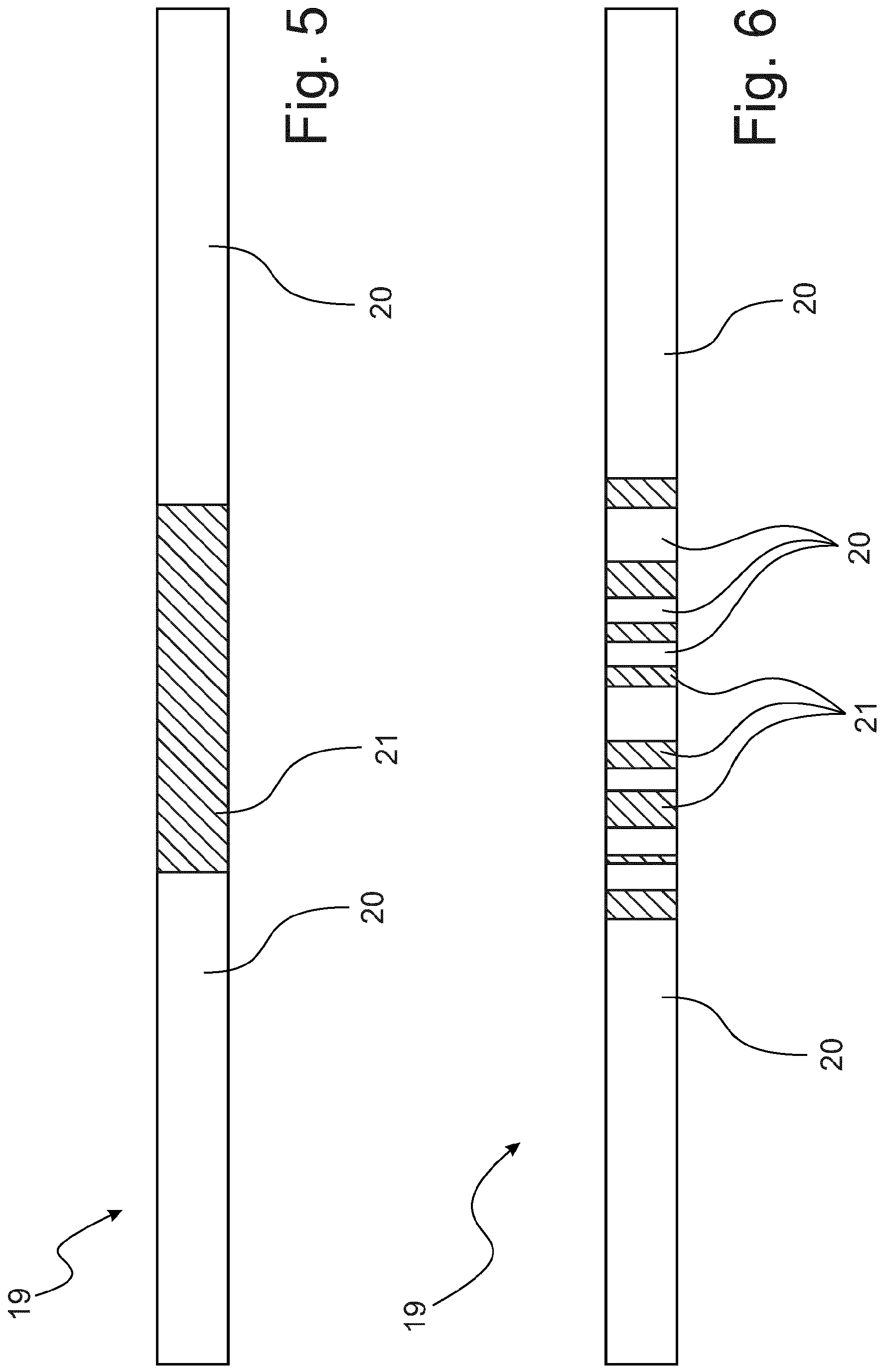 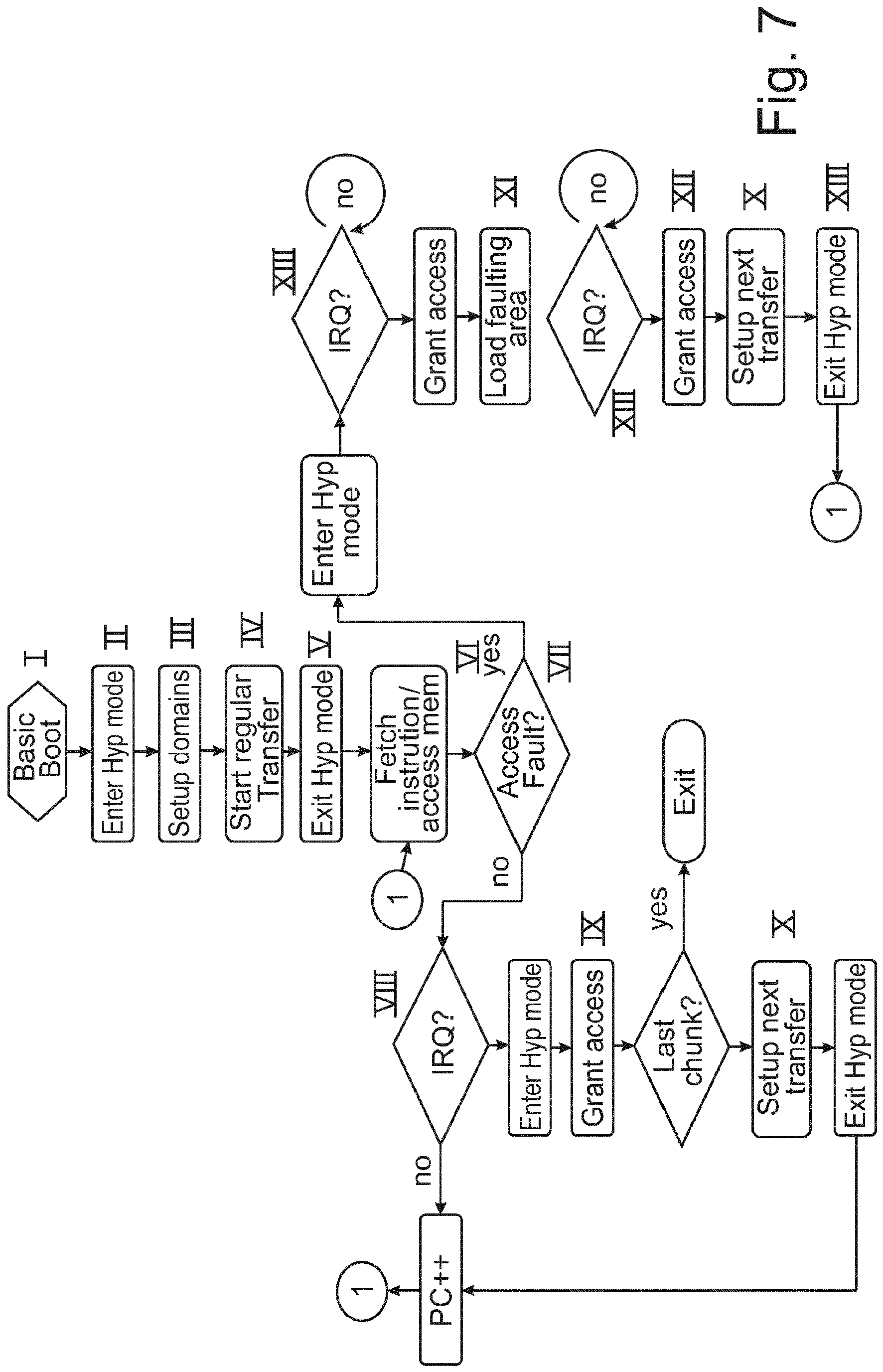 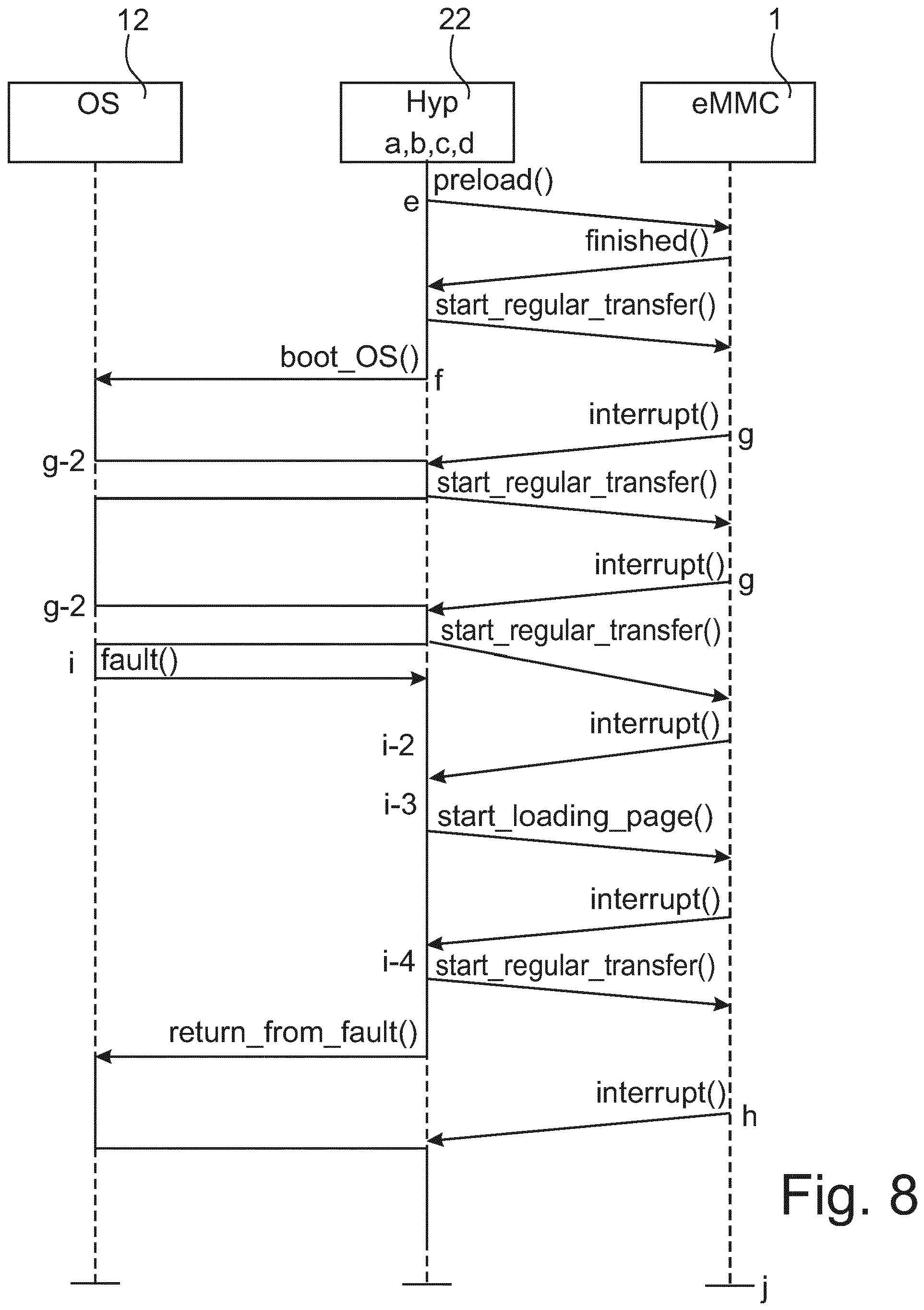 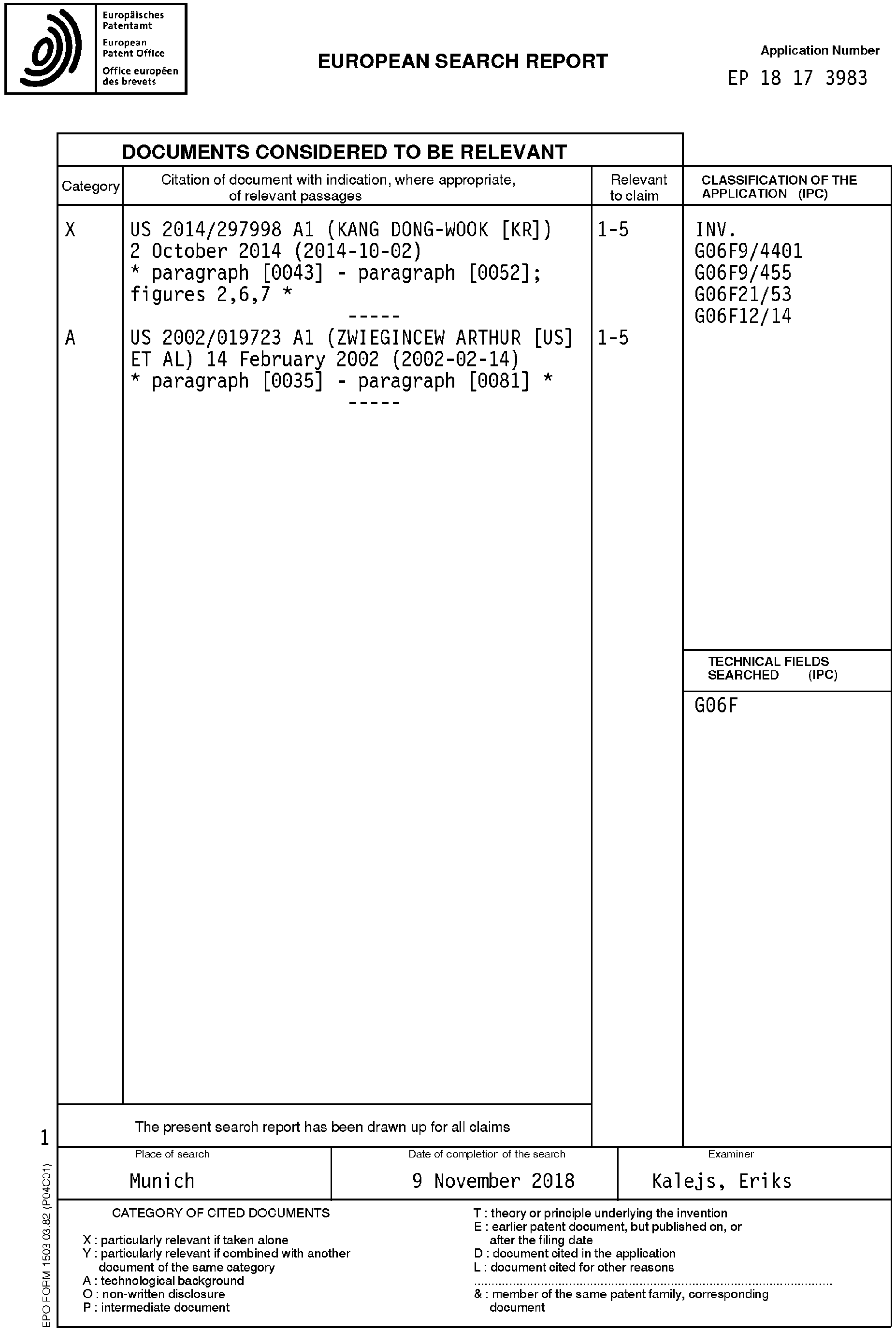 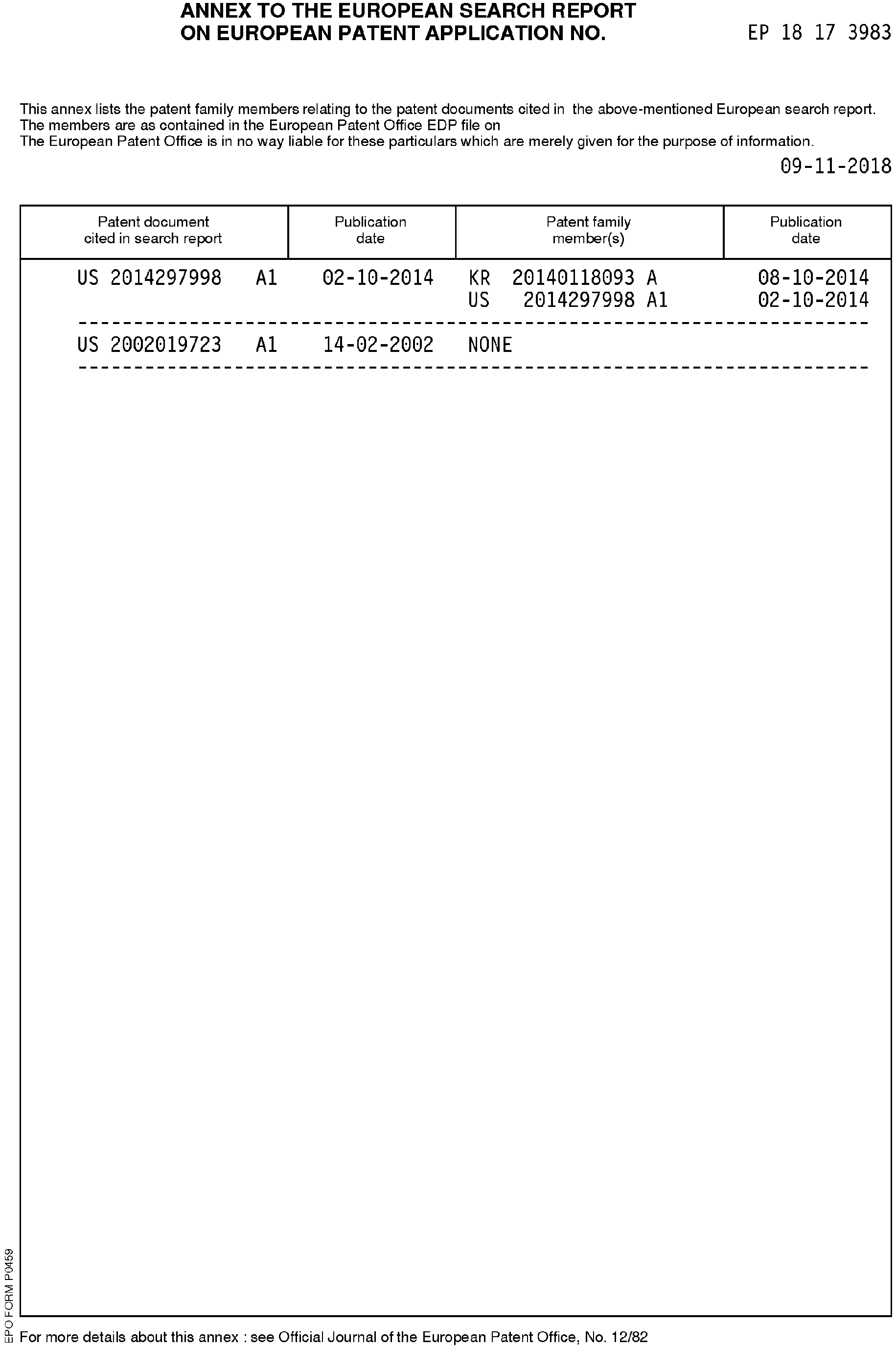