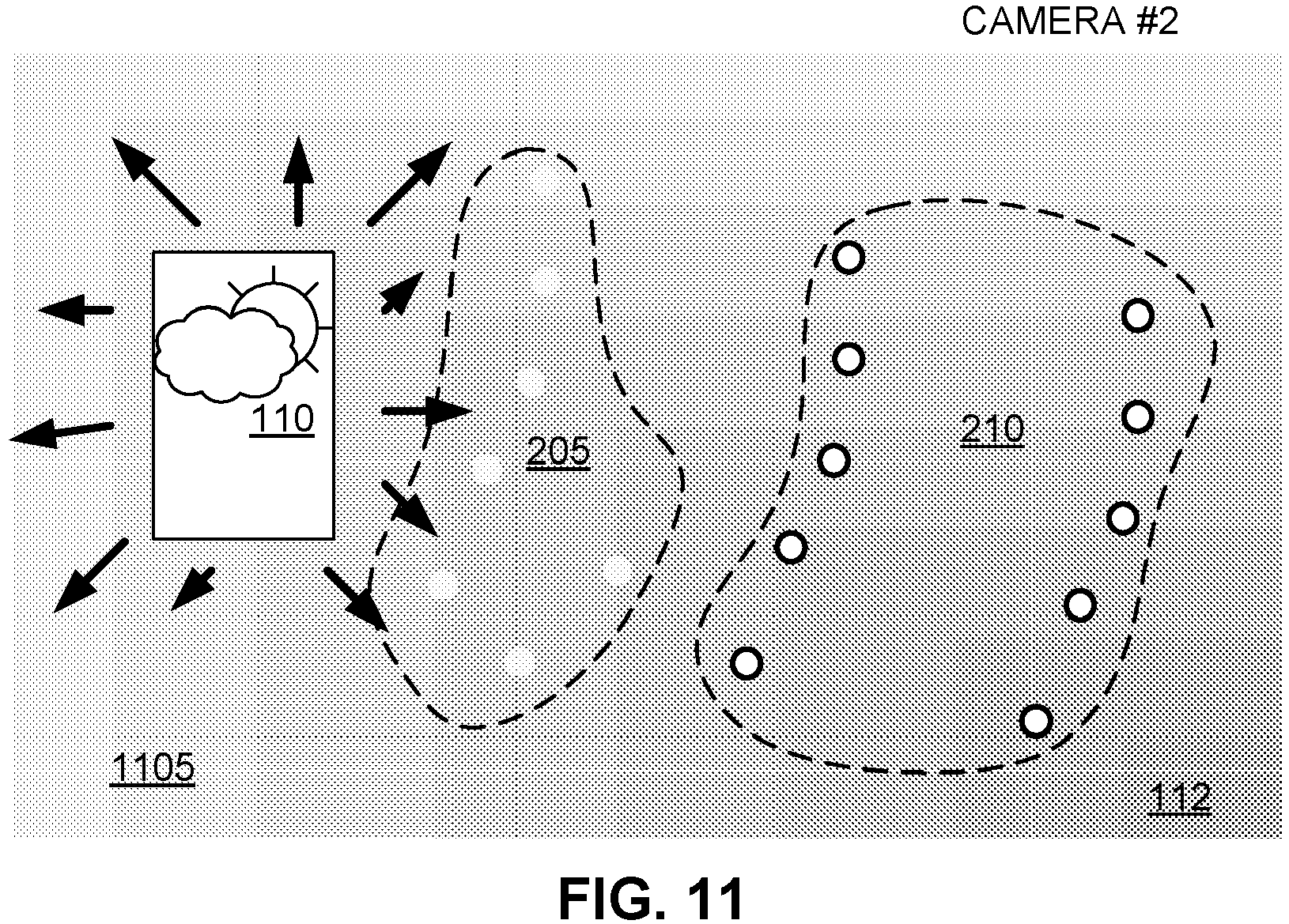 [0001] This application claims priority to United States Provisional Application No. 62/376,084, titled PREDICTIVE ADAPTIVE CAMERA EXPOSURE, AND TRACKING SYSTEMS EMPLOYING THE SAME and filed on August 17, 2016, the entire contents of which are hereby incorporated herein by reference.

[0002] An augmented reality (AR) system can generate an immersive augmented environment for a user. The immersive augmented environment can be generated by superimposing computer-generated images on a user's field of view of the real world. For example, the computer-generated images can include labels, textual information, sprites, and three-dimensional entities.
[0003] These images may be displayed at a position in the user's field of view so as to appear to overlay an object in the real world. An AR system may include a tracking system to identify the location of the user or other objects in the real world. For example, the tracking system may use images captured of the real-world environment to determine where a person or object is located and/or moving.

FIG. 2 is an illustration of an example picture of a portion of the environment of FIG. 1 taken using an exposure setting.

FIG. 3 is an illustration of another example picture of the portion of FIG. 2 taken using another exposure setting.

FIGS. 4, 5 and 6 collectively illustrate a sequence of example pictures taken of two different portions of the environment of FIG. 1 with different exposure settings.

FIGS. 7A and 7B collectively illustrate another sequence of example pictures taken of two different portions of the environment of FIG. 1 with different exposure settings.

FIG. 8 is a diagram illustrating example light level zones of an image.

FIG. 9 is a diagram illustrating a feature tracking map having exposure data.

FIGS. 10 and 11 illustrate respective pictures taken of the same portion of the environment of FIG. 1 using respective cameras and respective exposure settings.

FIG. 13 is a schematic diagram that illustrates an example camera apparatus in accordance with the teachings of this disclosure.

FIG. 14 is a flowchart representing an example method that may be used to implement a camera apparatus in accordance with the teachings of this disclosure.

at least one processor; and

memory storing instructions that, when executed by the at least one processor, cause the system to:

determine a direction of movement of the camera assembly;

predict environmental factors based on the direction of movement;

determine camera settings based on the environmental factors; and

capture an image with the camera assembly using the determined camera settings;

determine main camera settings based on the environmental factors;

adjust the first camera based on the negative offset camera settings; and

adjust the second camera based on the positive offset camera settings.

adjust the first camera based on the adjusted negative offset camera settings; and

adjust the second camera based on the adjusted positive offset camera settings.

extract a first set of features from a first previously captured image;

predict a location of the camera assembly based on the direction of movement; and

predict the light level at the predicted location.

identify a brightness gradient in a previously captured image; and

use the brightness gradient to predict the light level at the predicted location.

extract a set of features from a previously captured image; and

determine the camera settings based on the predicted light level to improve capture of at least some of the extracted set of features.

capture a first image with a camera of a moving camera assembly;

predict a future location of the moving camera assembly;

divide a predicted field of view of the camera into a plurality of regions;

predict light levels within at least some of the plurality of regions;

estimate a number of useable features in at least some of the plurality of regions;

combine the predicted light levels by weighting the regions based on the estimated numbers of usable features;

determine exposure settings based on the combined predicted light levels; and

capture a second image with the camera using the determined exposure settings.

extract a first set of features from a first previously captured image; 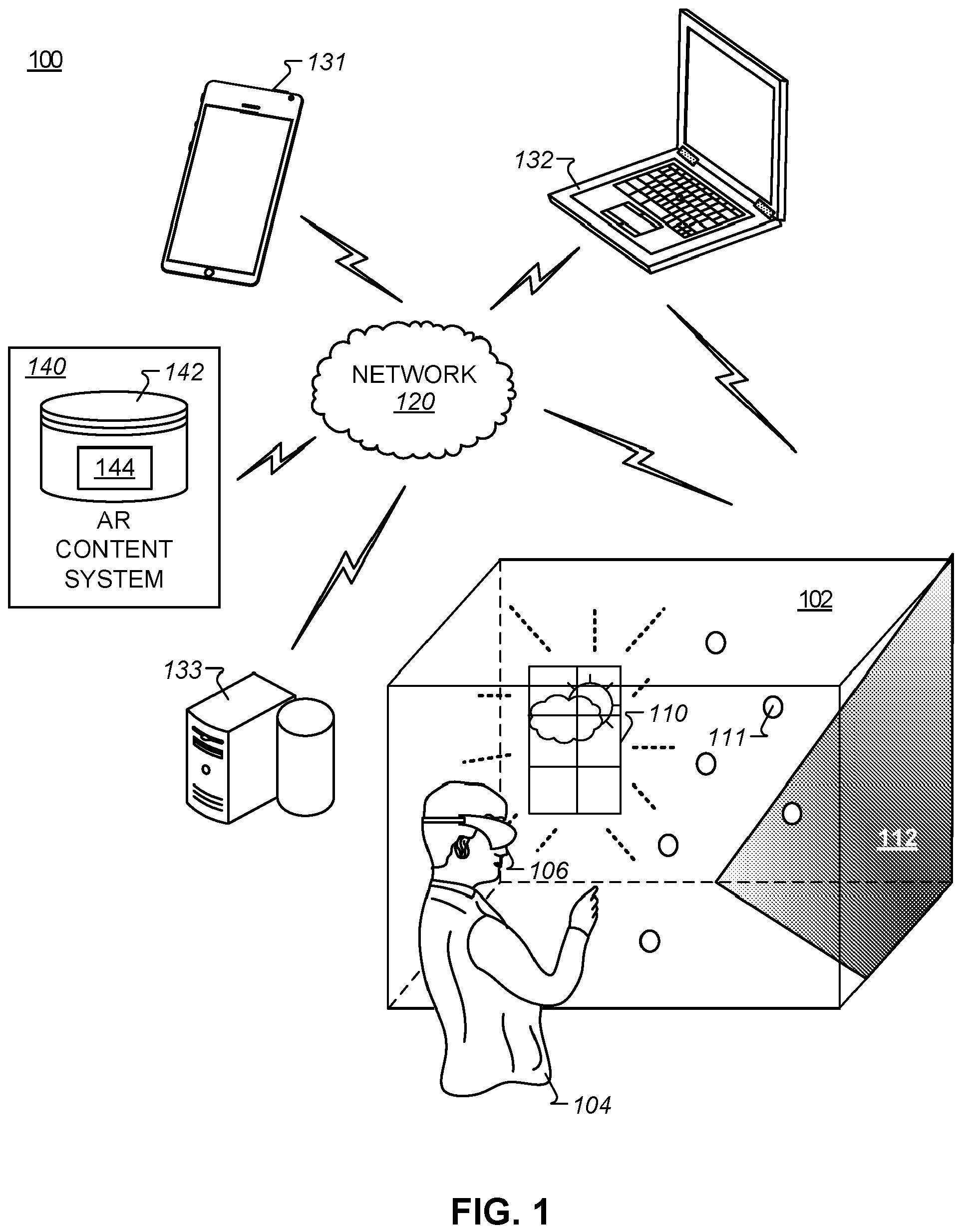 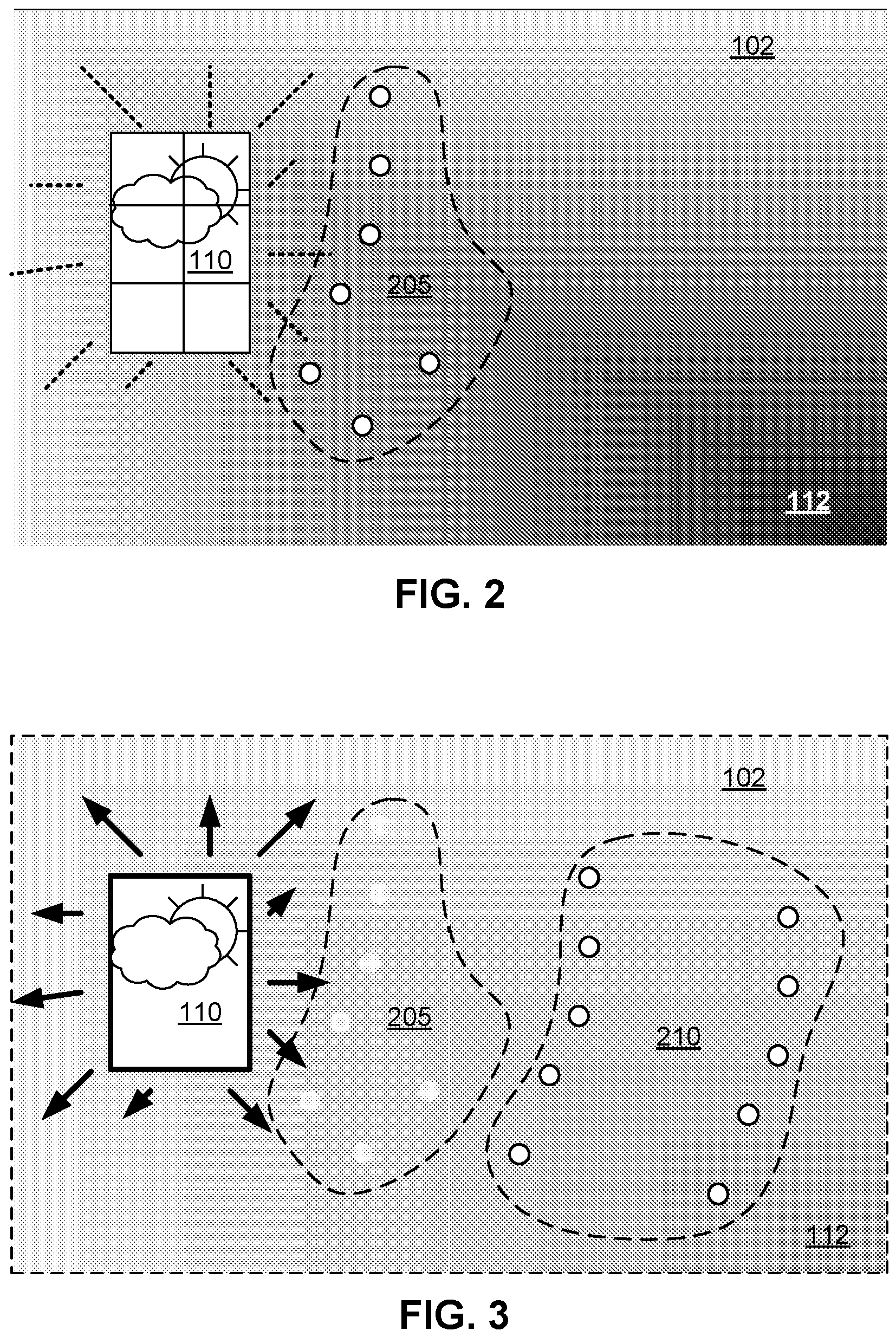 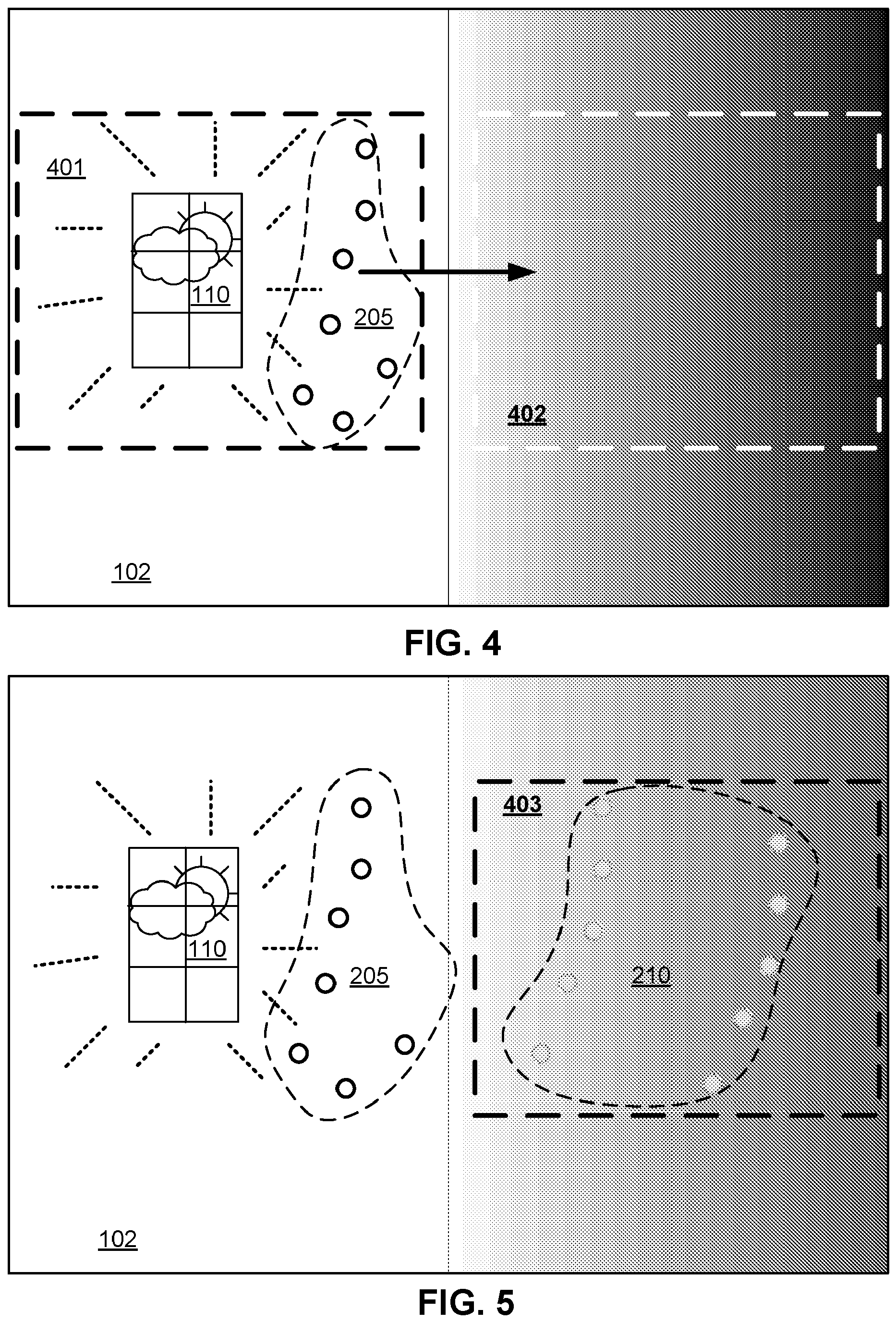 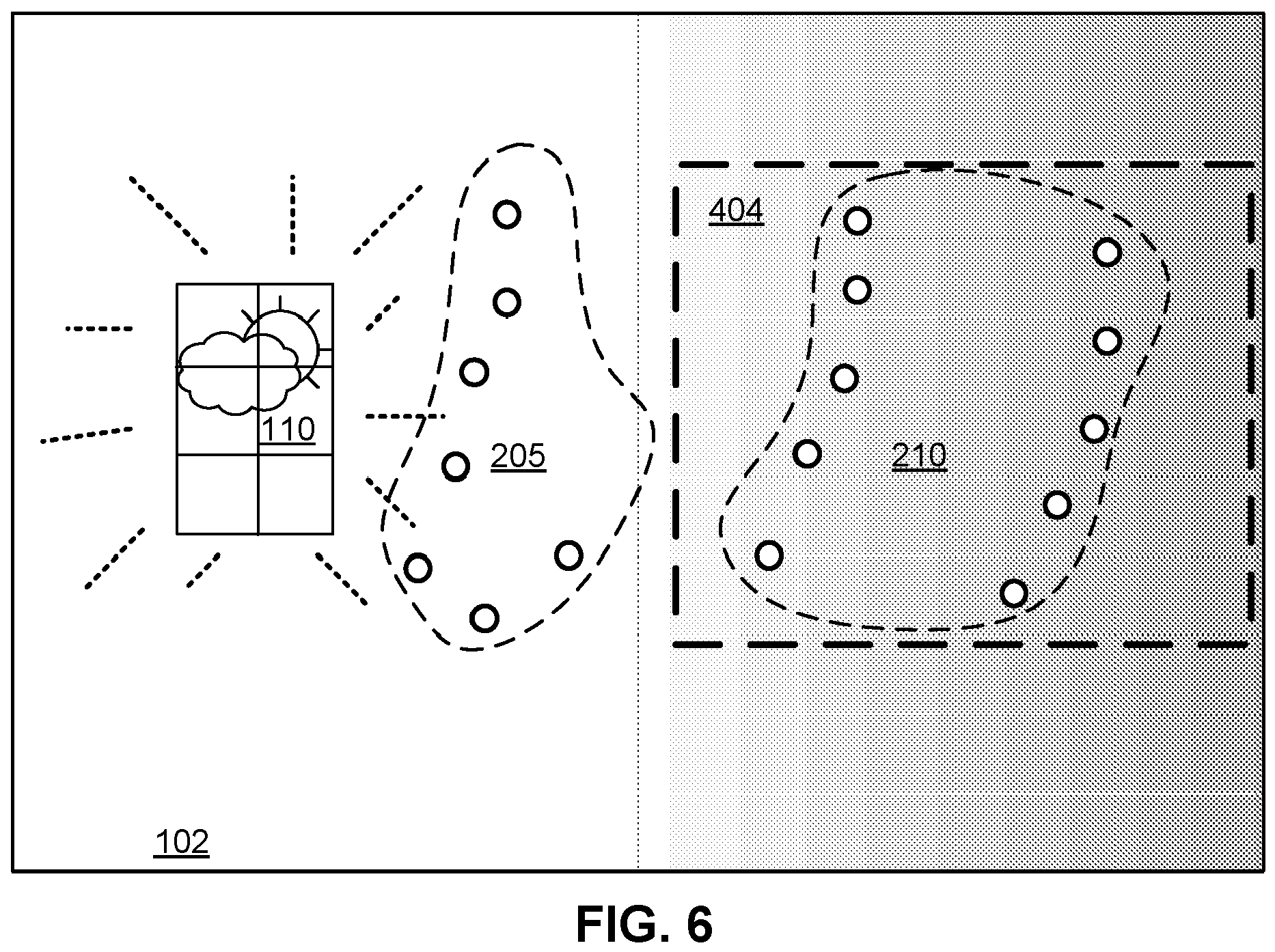 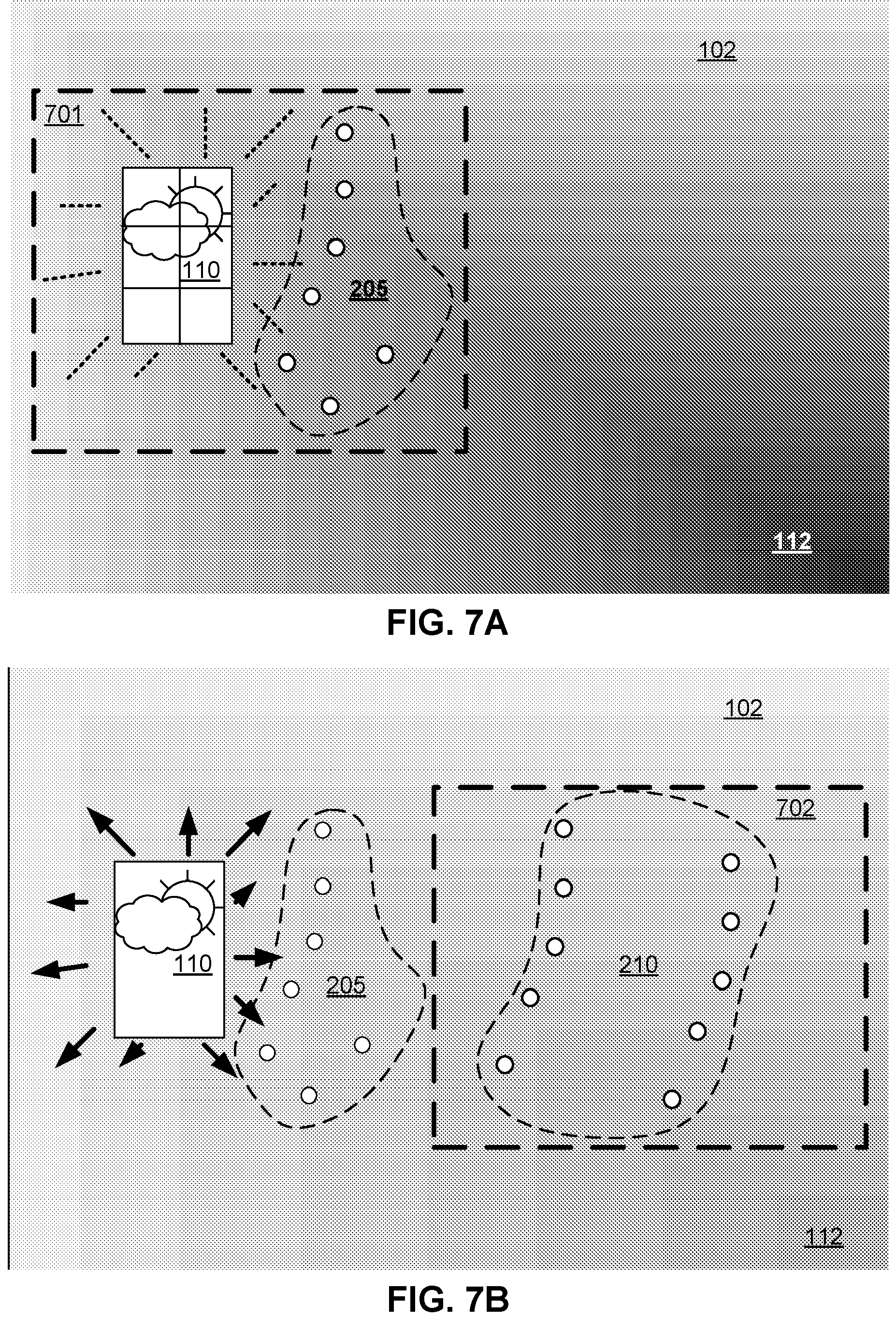 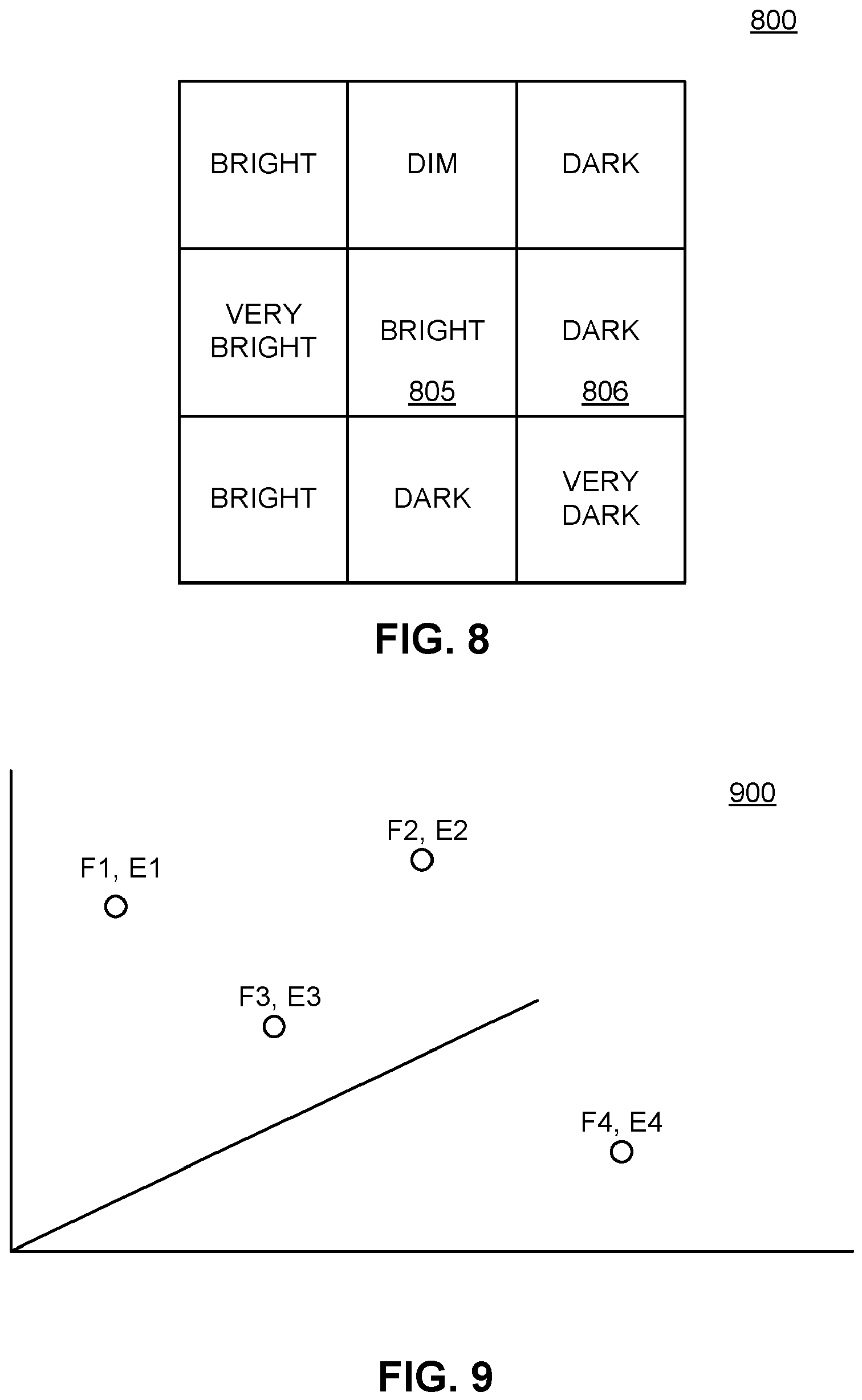 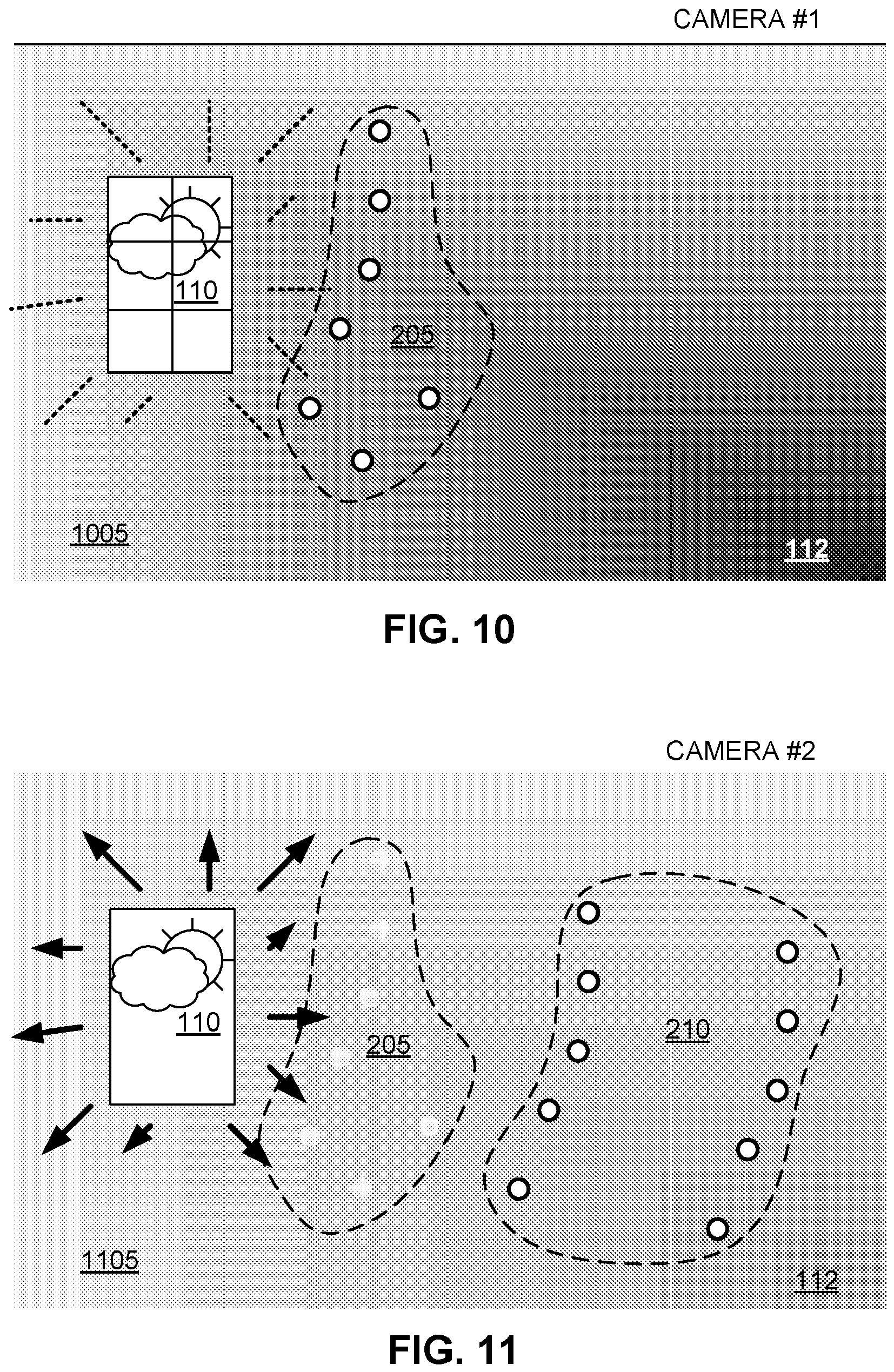 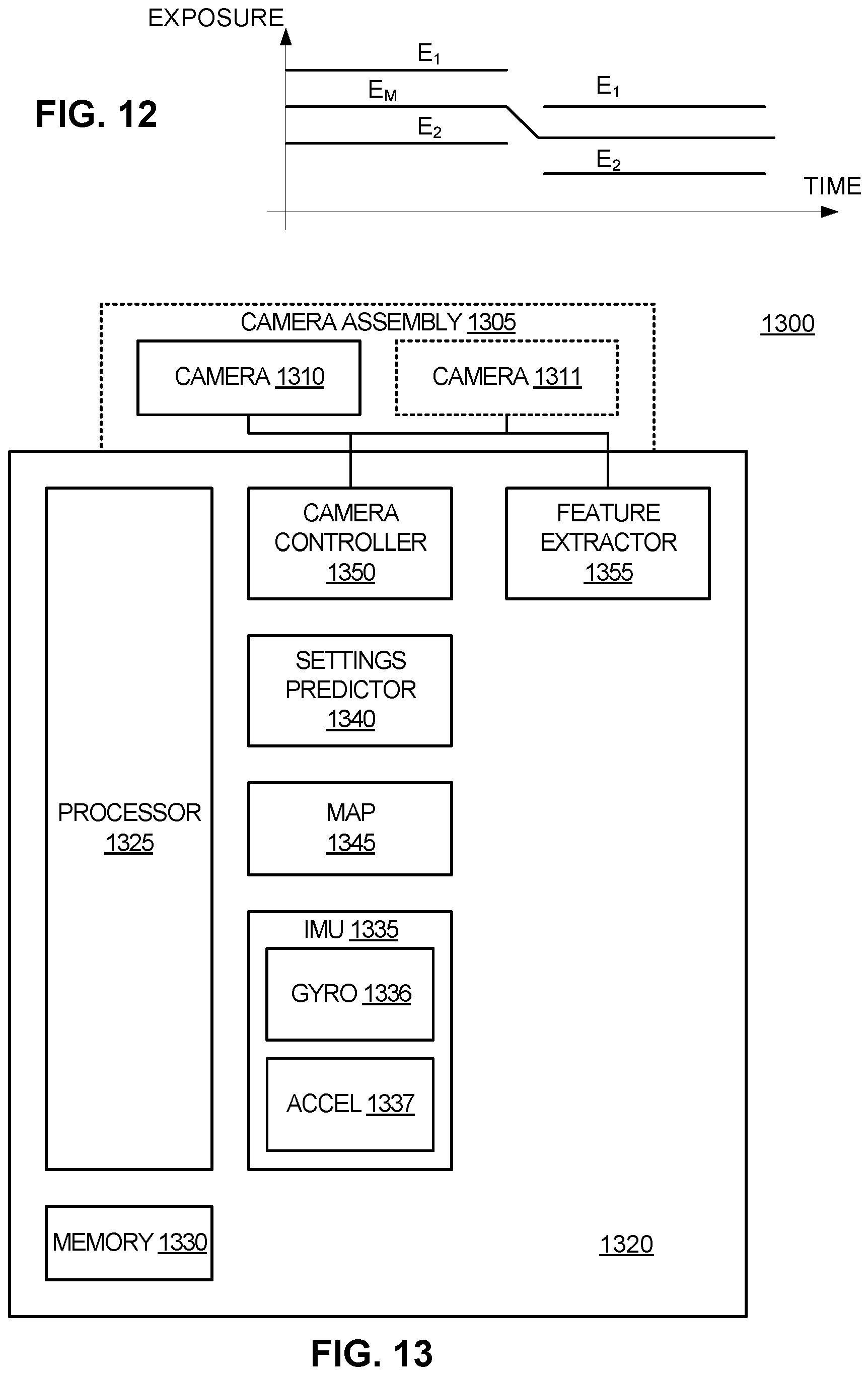 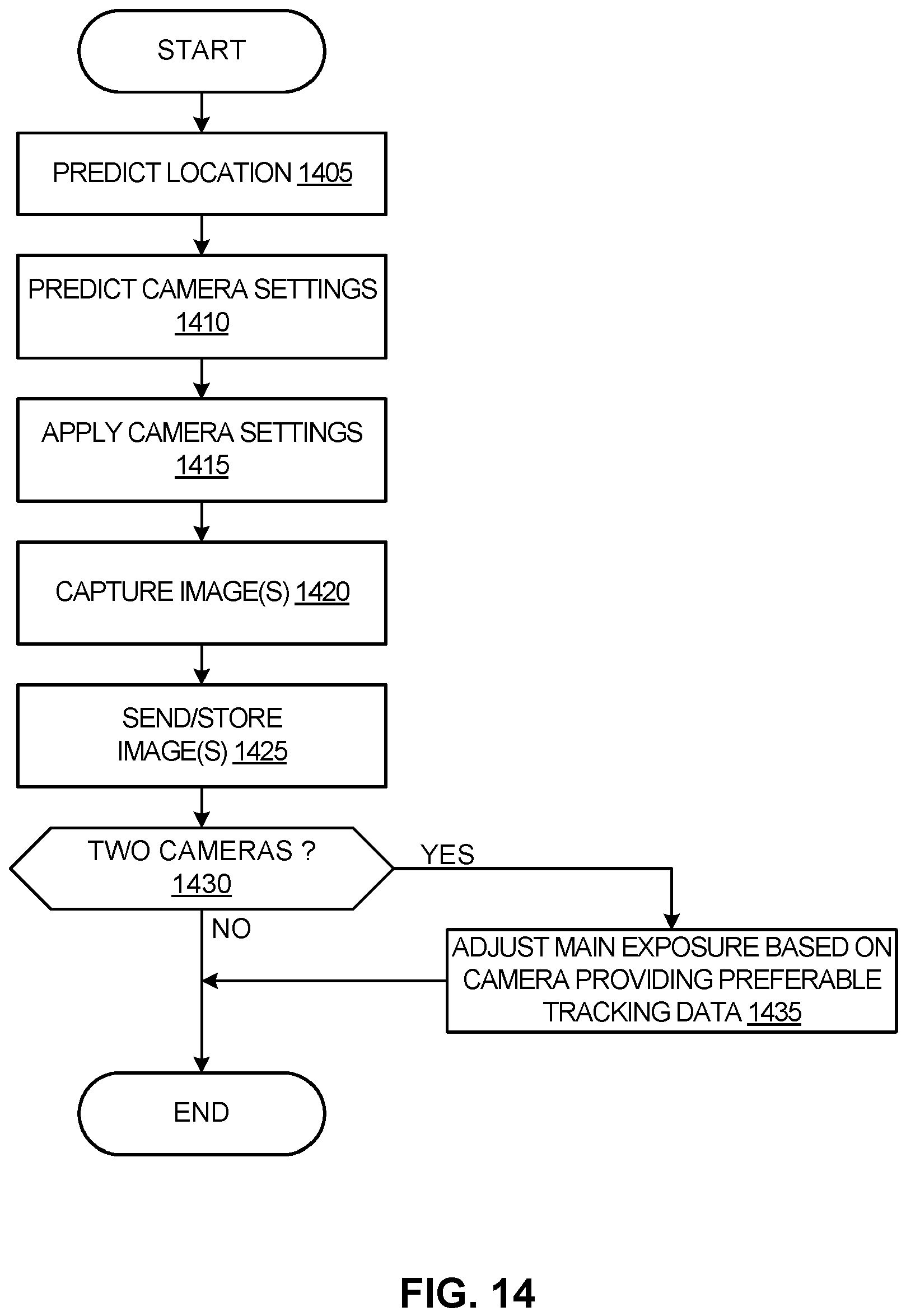 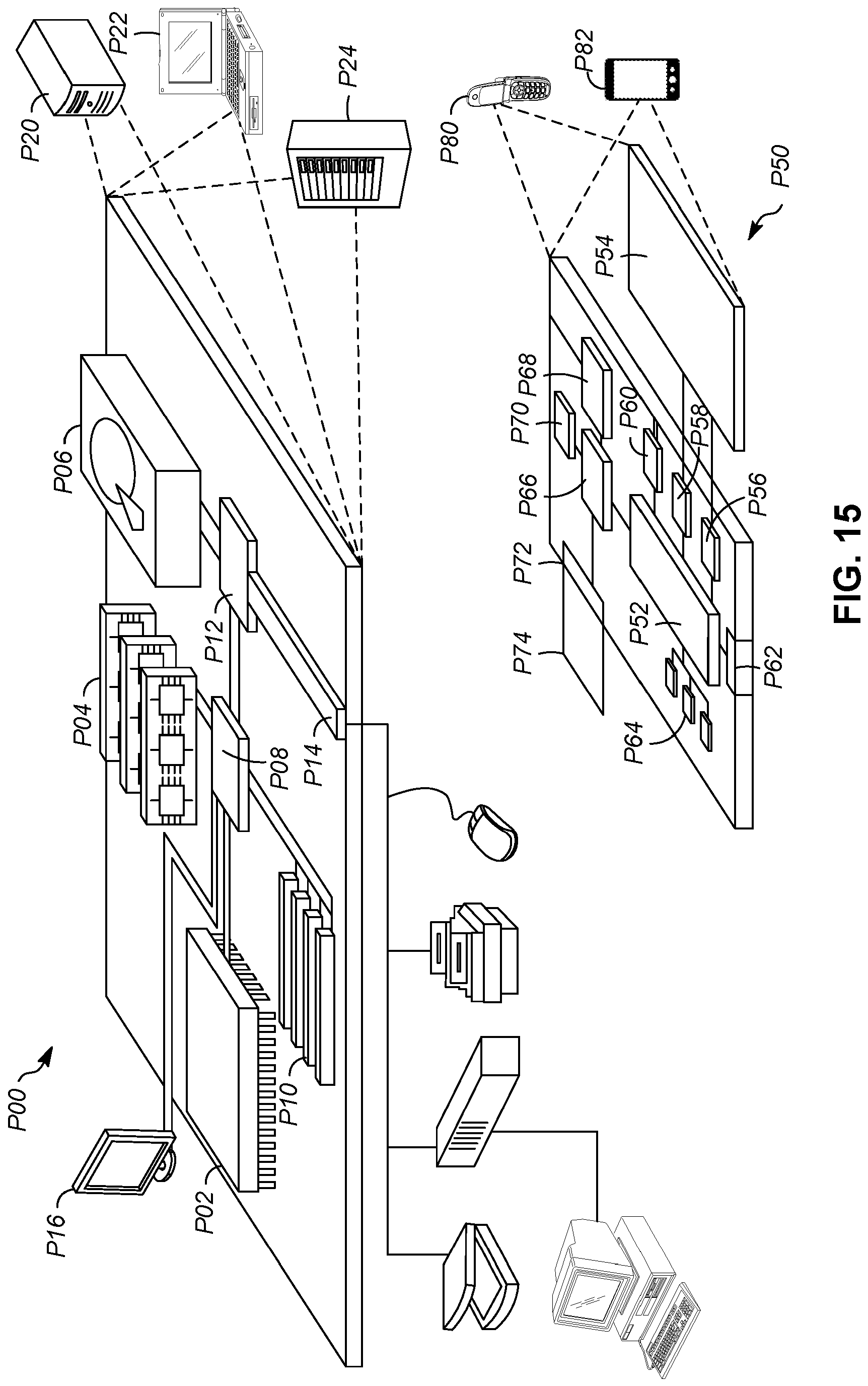 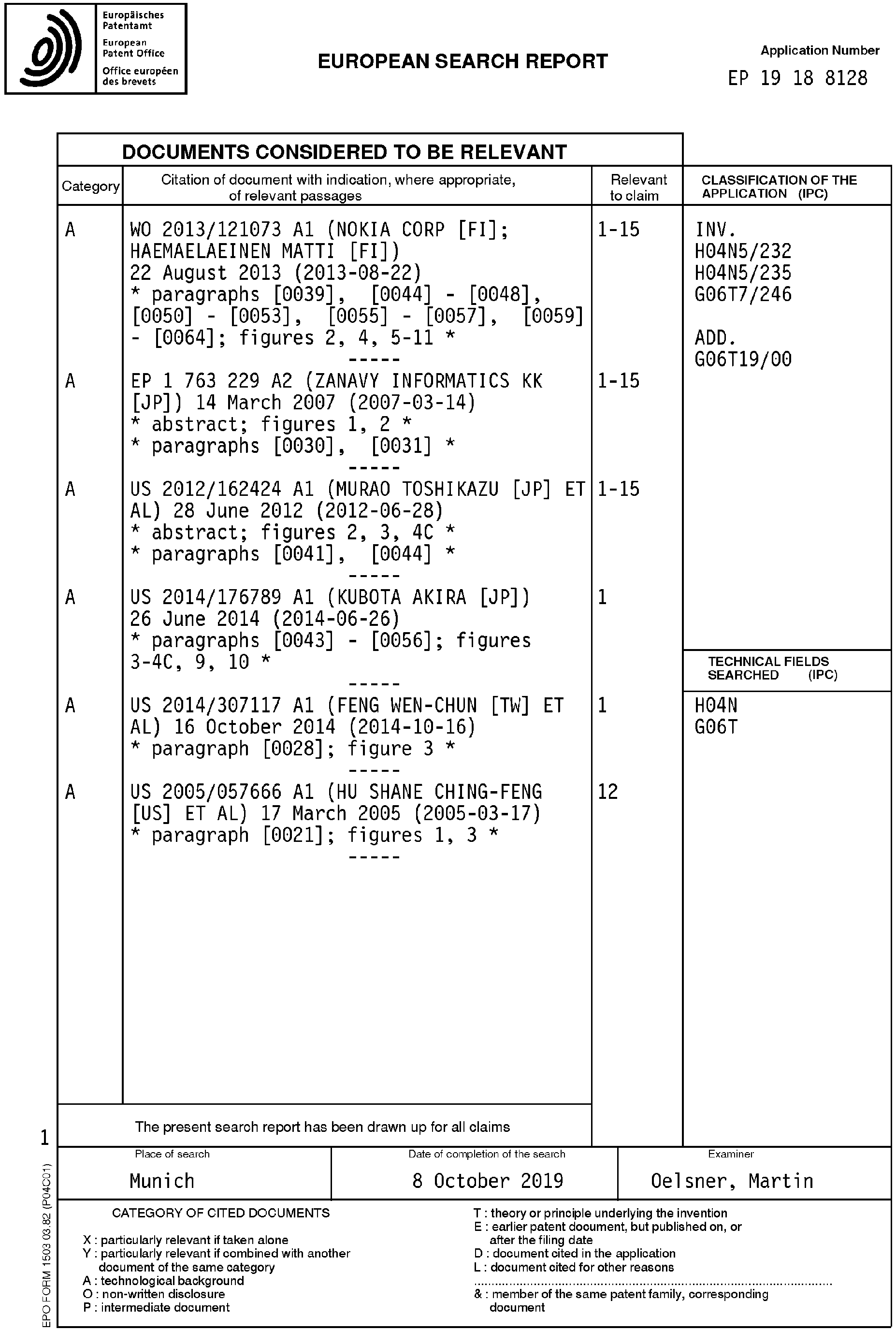 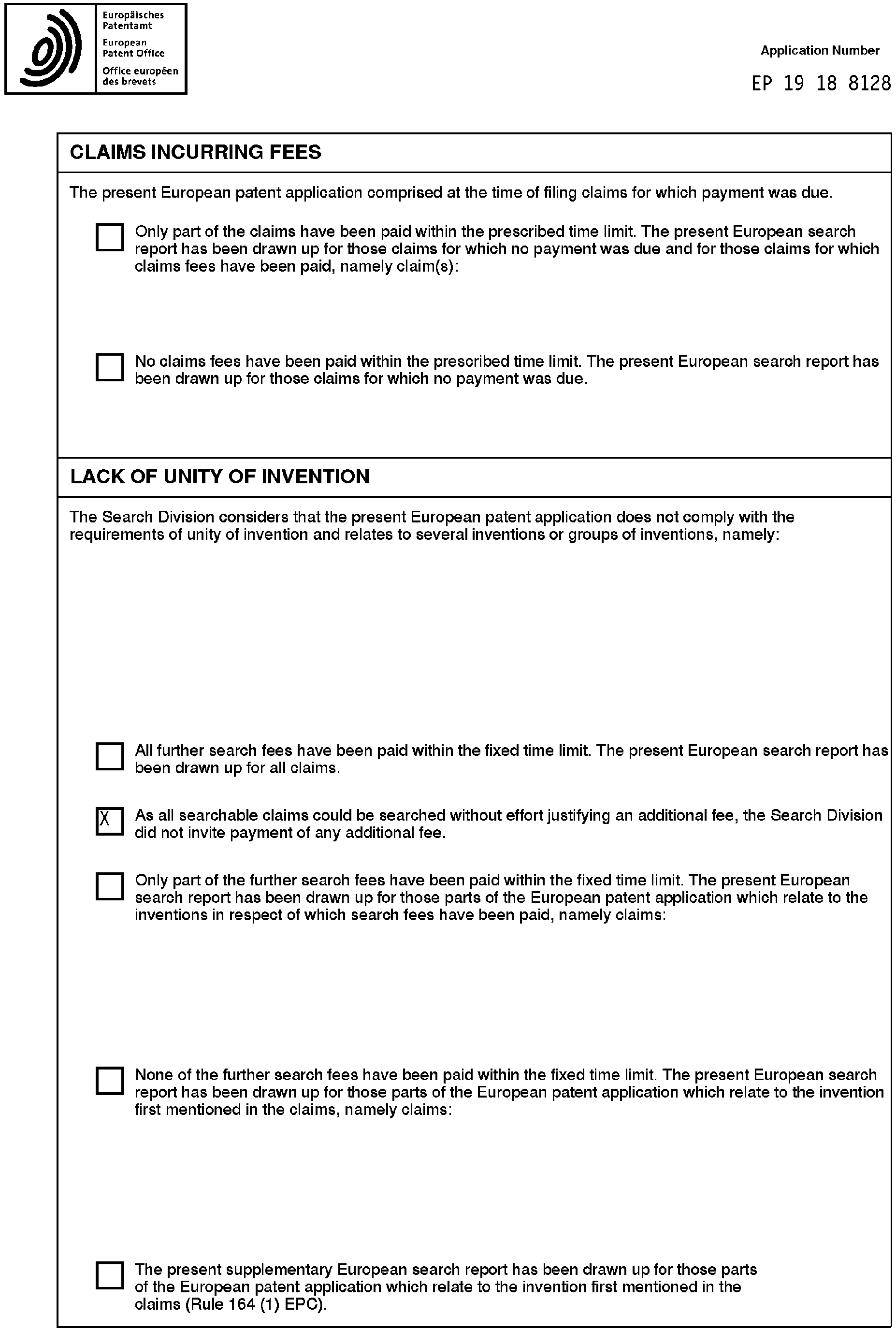 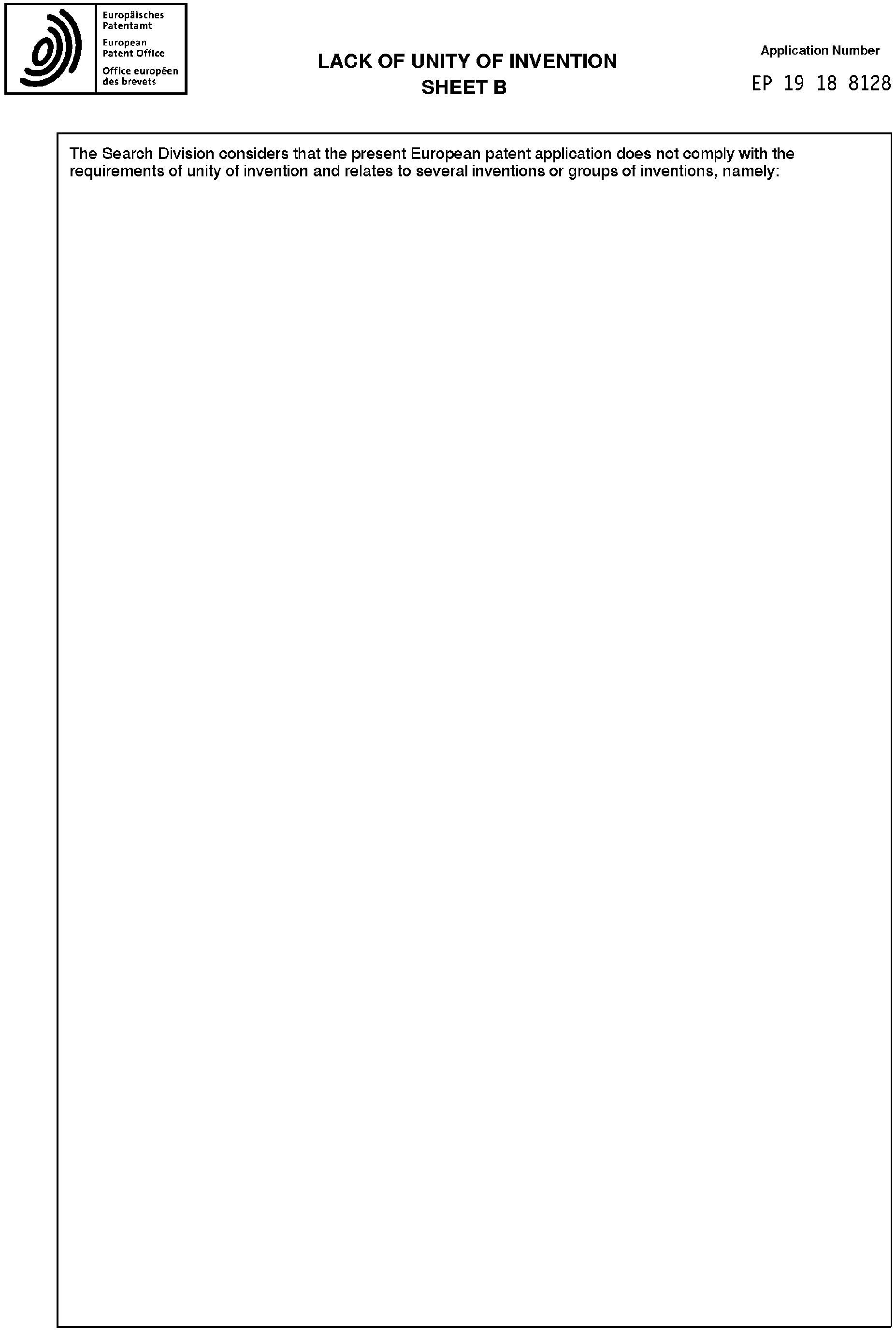 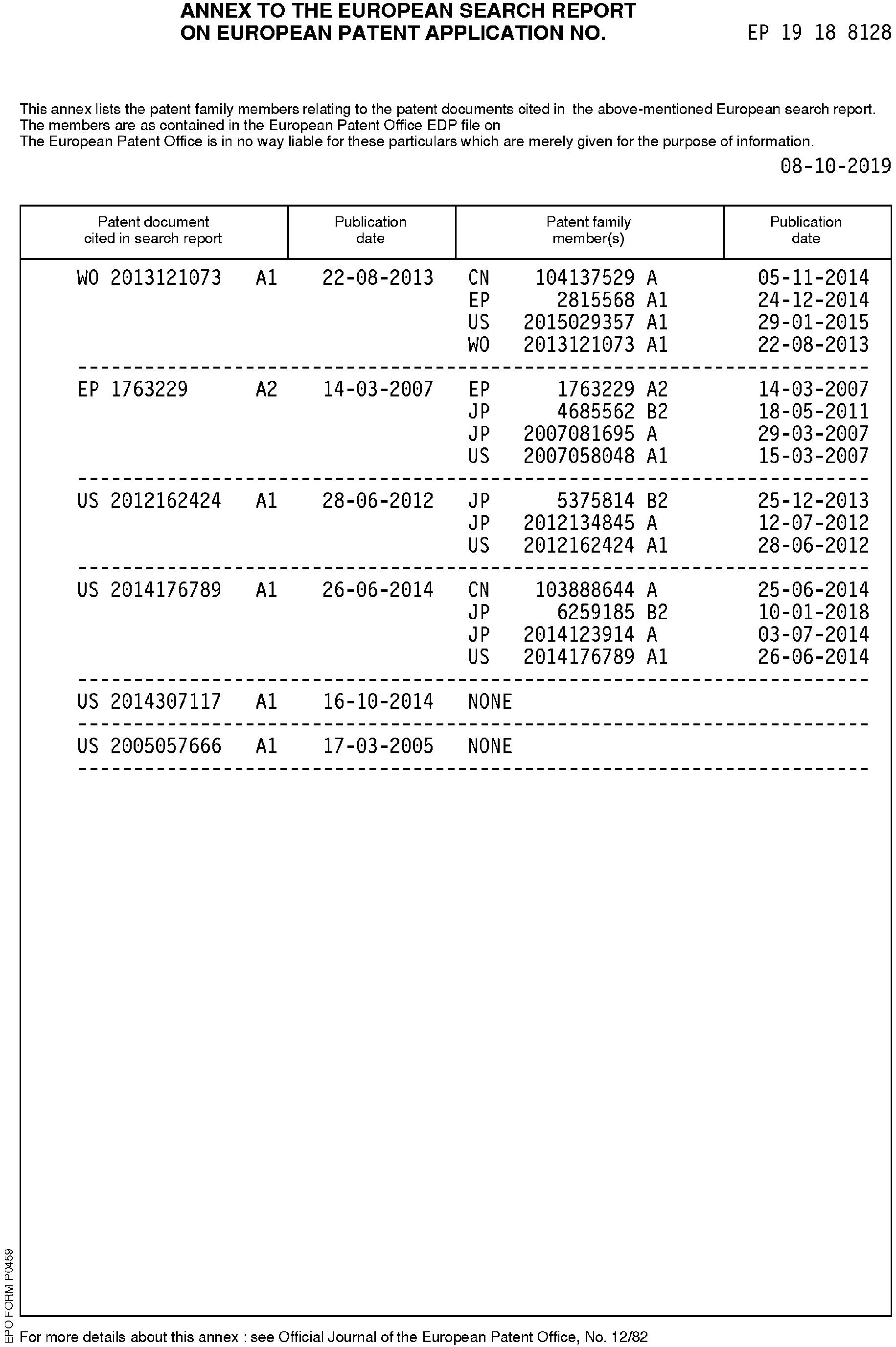