(57) A pelt board bag for use in combination with a pelt board for the tanning and drying of a pelt applied externally to the pelt board bag comprises a pair of oppositely positioned and substantially coextensively extending, elongated sheets. The pair of sheets are joined together along opposite longitudinal edges and define in a first state a flat two-layer structure and in a second state a basically tubular state. The pair of sheets defines opposite first and second ends. The first end constitutes a narrow open end constituting a top end when used in combination with the pelt board, and the second end constitutes a broader bottom end when used in combination with the pelt board. The pair of sheets define in the second state an inner perimeter varying from the first narrow end to the broader second end. The pair of sheets have a region at a specific inner perimeter, which is provided with slits, oblong apertures, embossings, score lines or folds allowing the region to be expanded at least in one direction longitudinally or transversely when in the second state. Each of the longitudinal edges defines a respective fold line at which the material is folded and the fold lines are provided with slits, oblong apertures, embossings, score lines or folds and extend substantially between the first end and the second end. 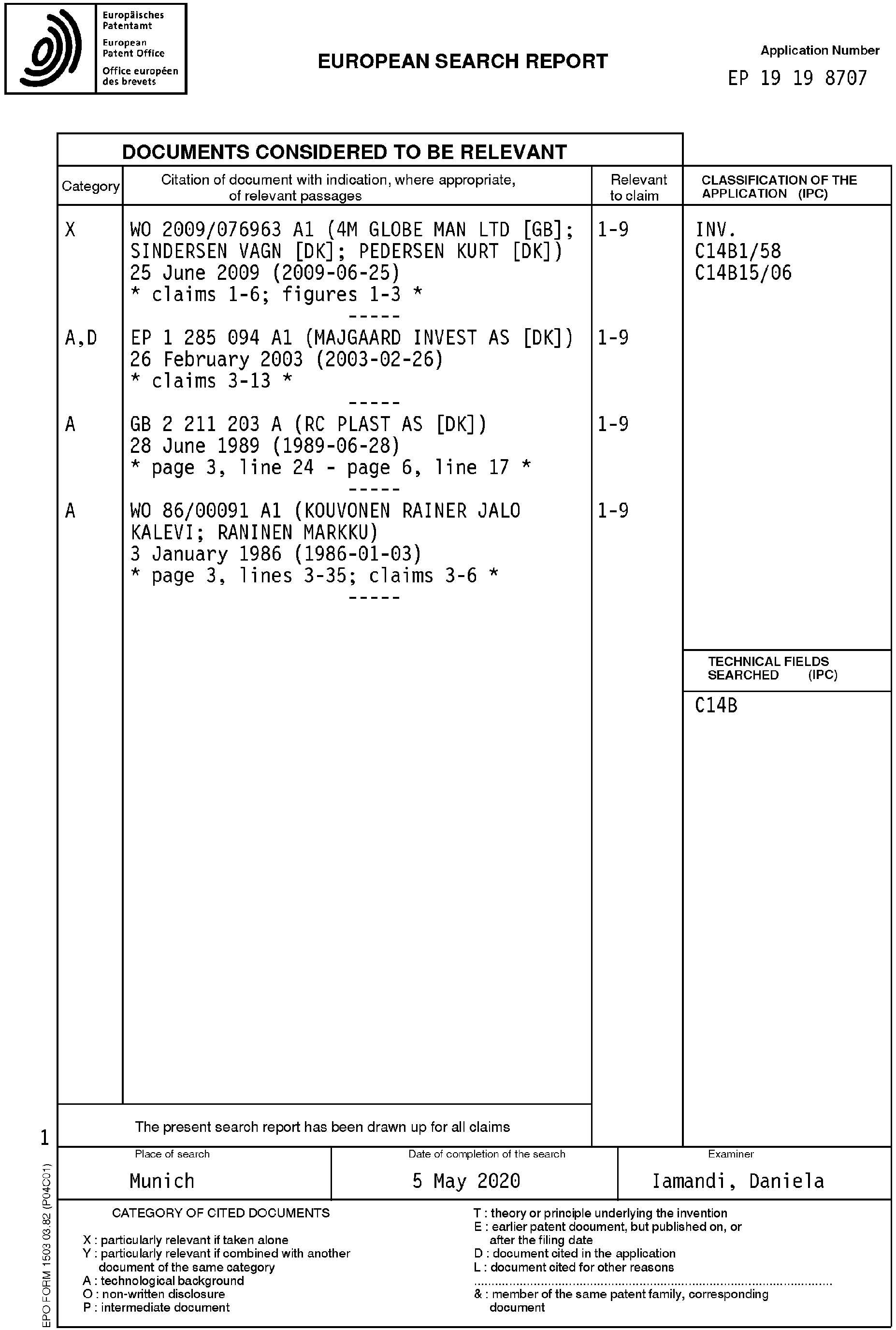 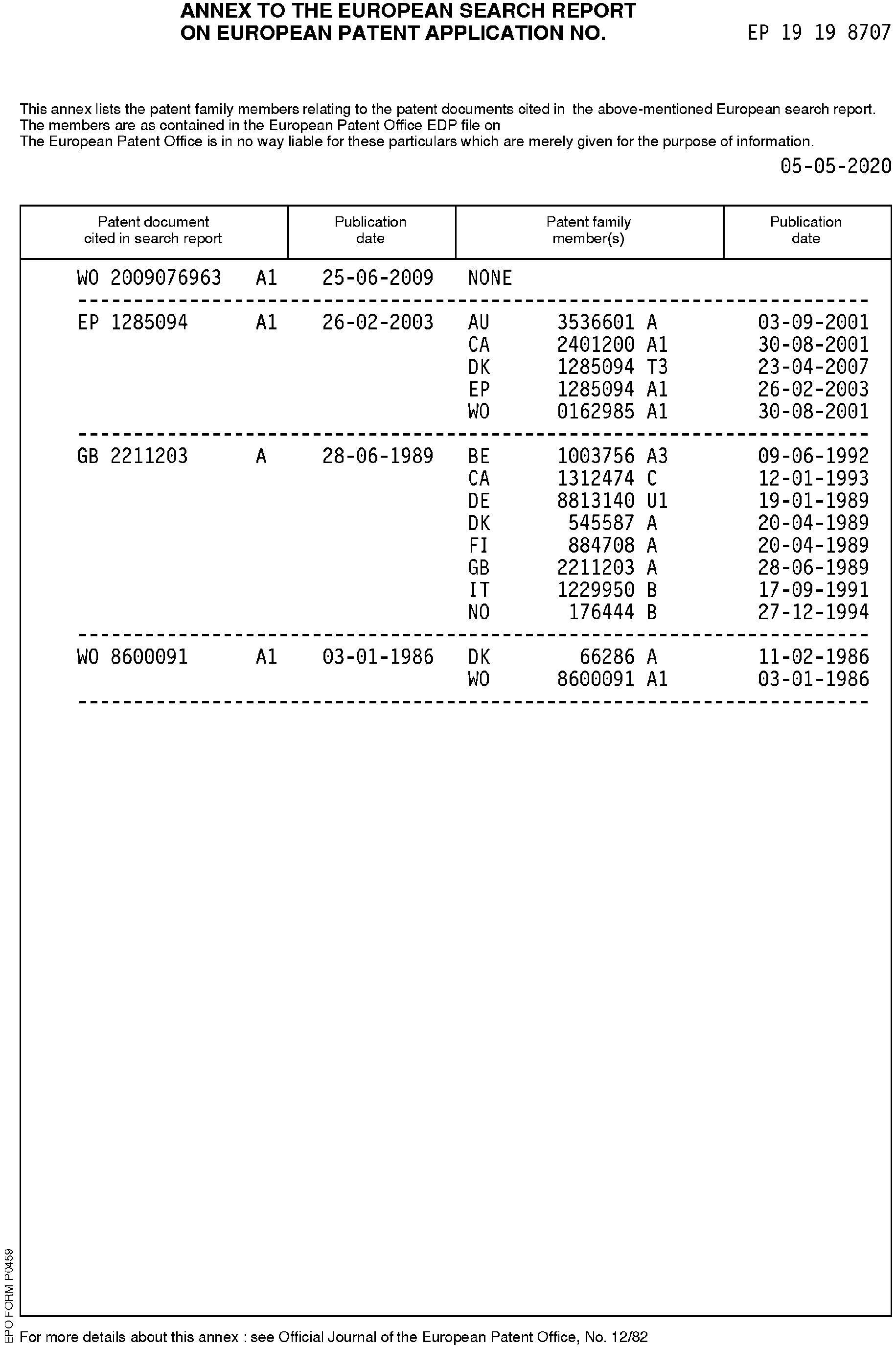