[0002] The present invention relates to a braking system for a vehicle, more particularly to a pneumatic braking system of a heavy vehicle, such as a vehicle with multiple axles, at least two of them being front axles.

[0003] Heavy vehicles can include several front and/or rear axles required by the high weight of the vehicle or of the carried load.
[0004] According to recent regulations in the field of heavy vehicles, the vehicle must be able to brake within a preset distance based on the type of vehicle.
[0005] With traditional braking systems, i.e. rear braking systems, such braking distances could not be guaranteed. This was the reason for developing front braking circuits so that the braking torque, acting both at the front and at the rear, could brake the vehicle within the preset distance required by the regulations.
[0006] However, such front braking systems are expensive and bulky, above all due to the necessary emergency circuit required by the aforementioned recent regulations.
[0007] There is therefore a need to improve braking systems for heavy vehicles so that braking can be performed under normal and under emergency conditions in an optimized and inexpensive way.
[0008] The object of the present invention is to satisfy the requirements set forth above.

[0009] The above object is achieved by means of a braking system as claimed in the attached claims.

[0010] For a better understanding of the present invention, a preferred embodiment is described below by way of nonlimiting example and with reference to the attached drawings, in which:

Figure 1 shows a diagram of a circuit of a braking system according to the invention in a first operating step; and

Figure 2 shows the diagram of Figure 1 in a second operating step. 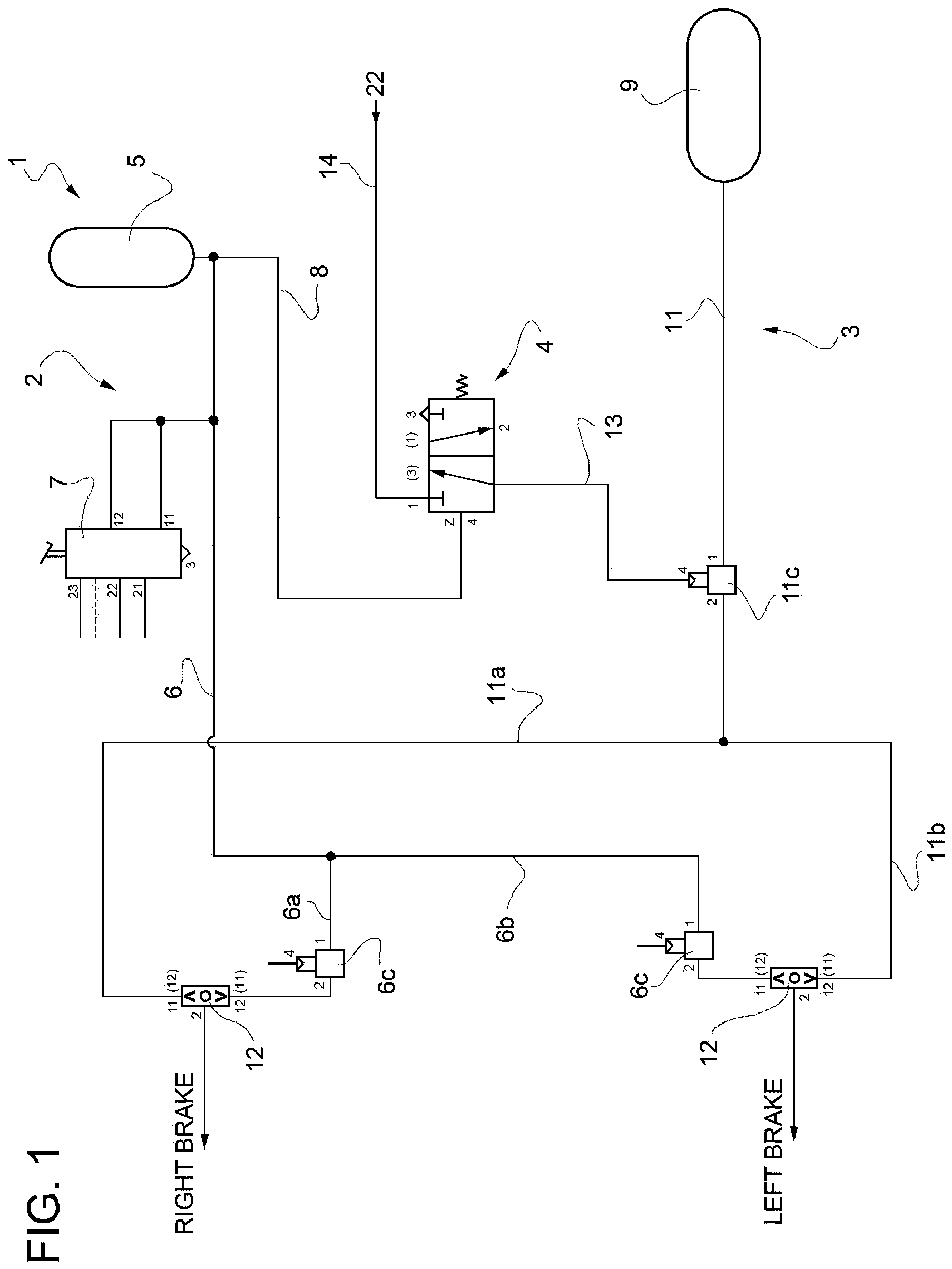 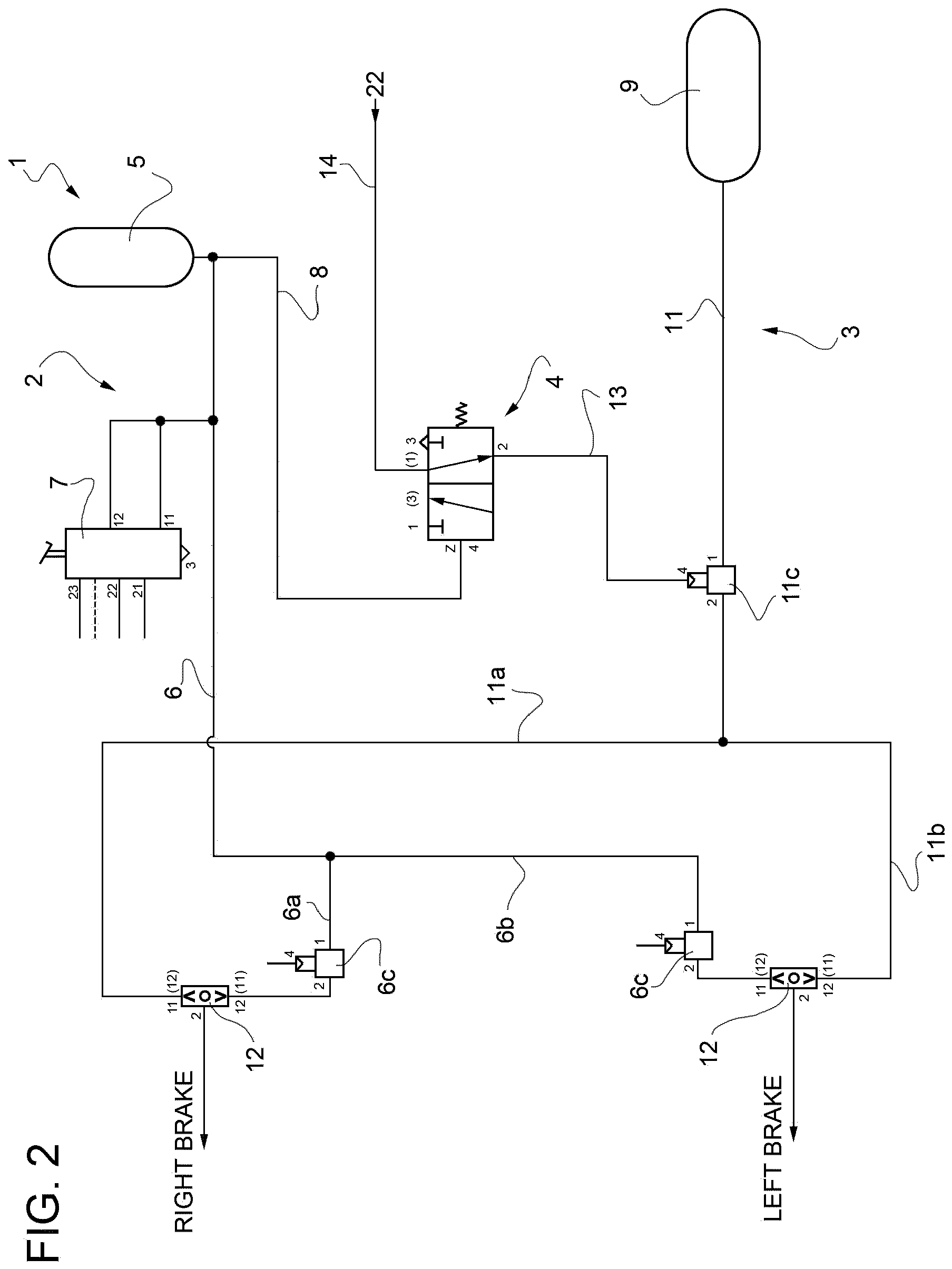 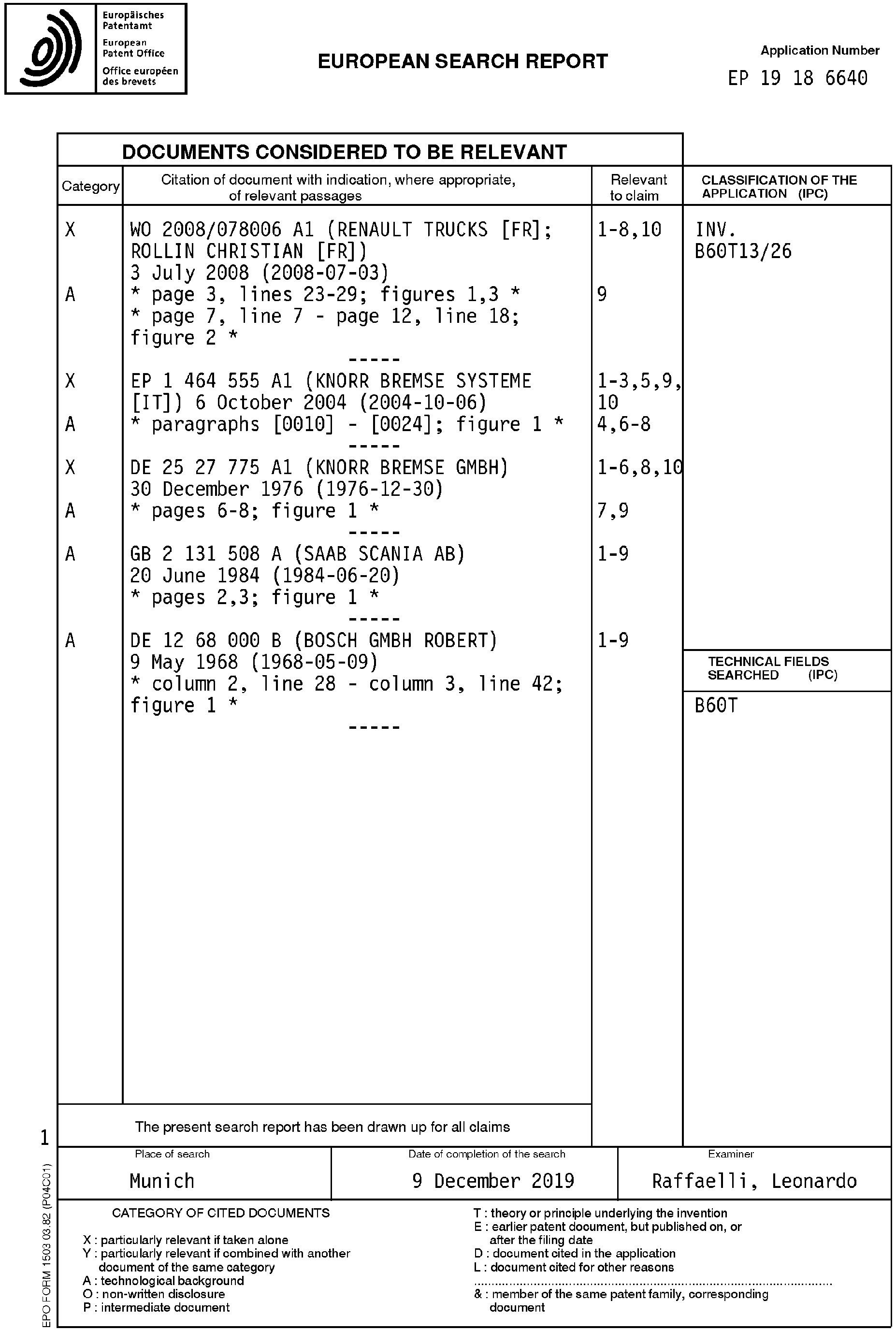 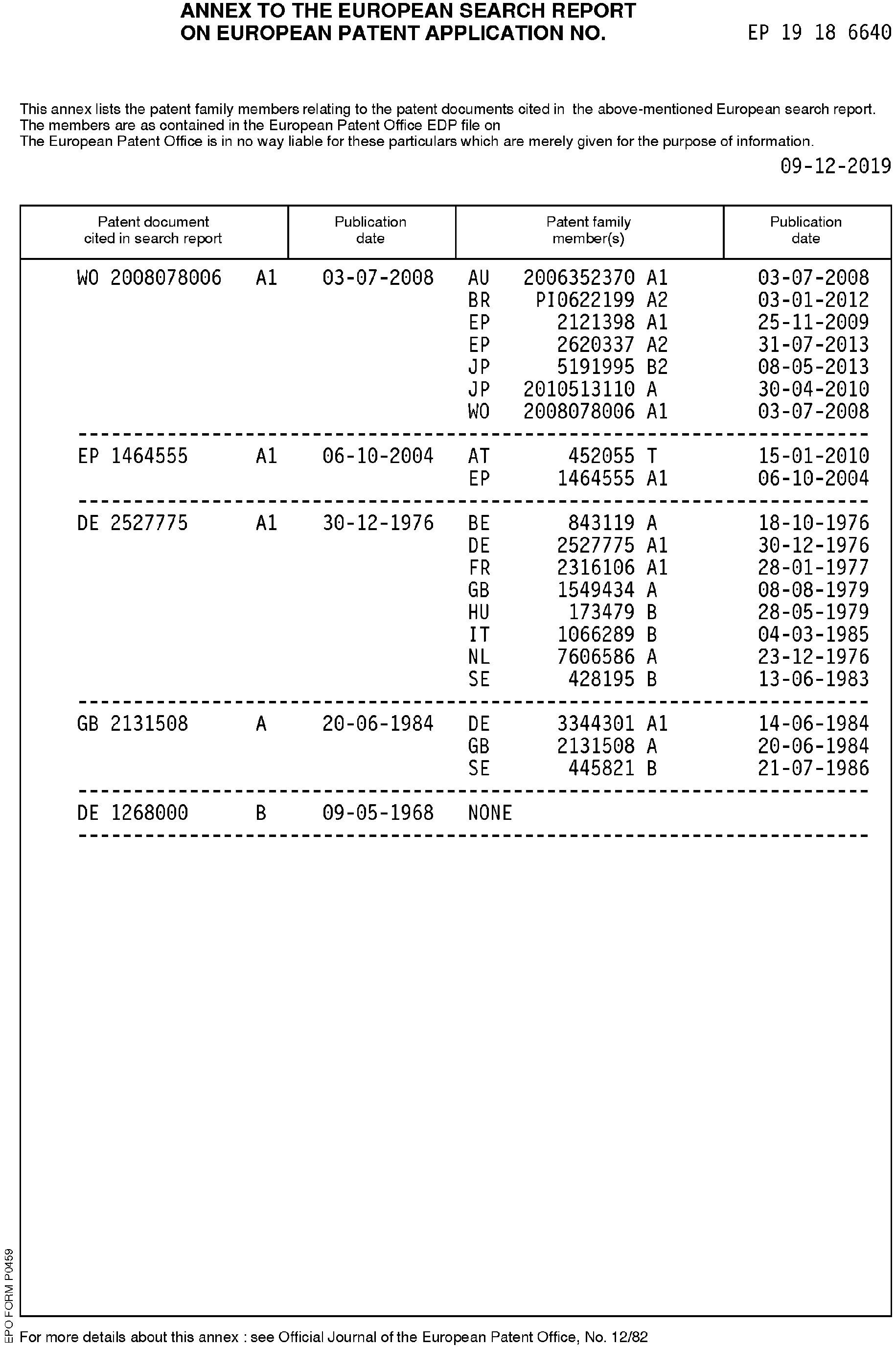