1. Container (1), particularly for liquid products, comprising an actual container or metal can (10) provided with a closure (20), wherein said can (10) comprises a cylindrical body (11) having above a dome shaped element (12) provided with a central opening (13), a lower circumferential rim (14) being formed in the zone of connection between said cylindrical body (11) and said dome-shaped element (12), a further upper rim (15) being provided around said central opening (13), and
wherein said closure (20) is made of plastic material, also has a dome shape and has a cylindrical lower portion (21) of minimum thickness and an external diameter substantially equal to the diameter of said body (10), and an upper portion (22) of greater thickness, inside said lower portion (21) a pair of radially or horizontally directed ribs (23) being provided, determining between them a seat (24) designed to receive said lower rim (14), while internally to said thickened upper portion (22) a pair of ribs (25) directed axially or vertically downwards being provided, determining between them a seat (26) designed to house said upper rim (15), following a pressure application of the closure (20) on the can (10).

3. Container (1) according to claim 2, wherein the discontinuous ribs of one or both of said pairs (23), (25) extend over arcs of different length.

4. Container (1) according to any one of the preceding claims, wherein said dome-shaped portion (12) is an element separated from said body (11) and is fixed thereto by seaming, determining said peripheral rim (14).

5. Container (1) according to any one of the preceding claims, wherein said rim (14) is slightly recessed with respect to the external profile of said cylindrical body (11).

6. Container (1) according to claim 1, wherein the plastic material of said closure (20) is high-density polyethylene.

7. Container (1) according to any one of the preceding claims, wherein said closure (20) is provided with an anti-filling pourer (27).

8. Container (1) according to any one of the preceding claims, wherein said closure (20) is provided with a cap (30). 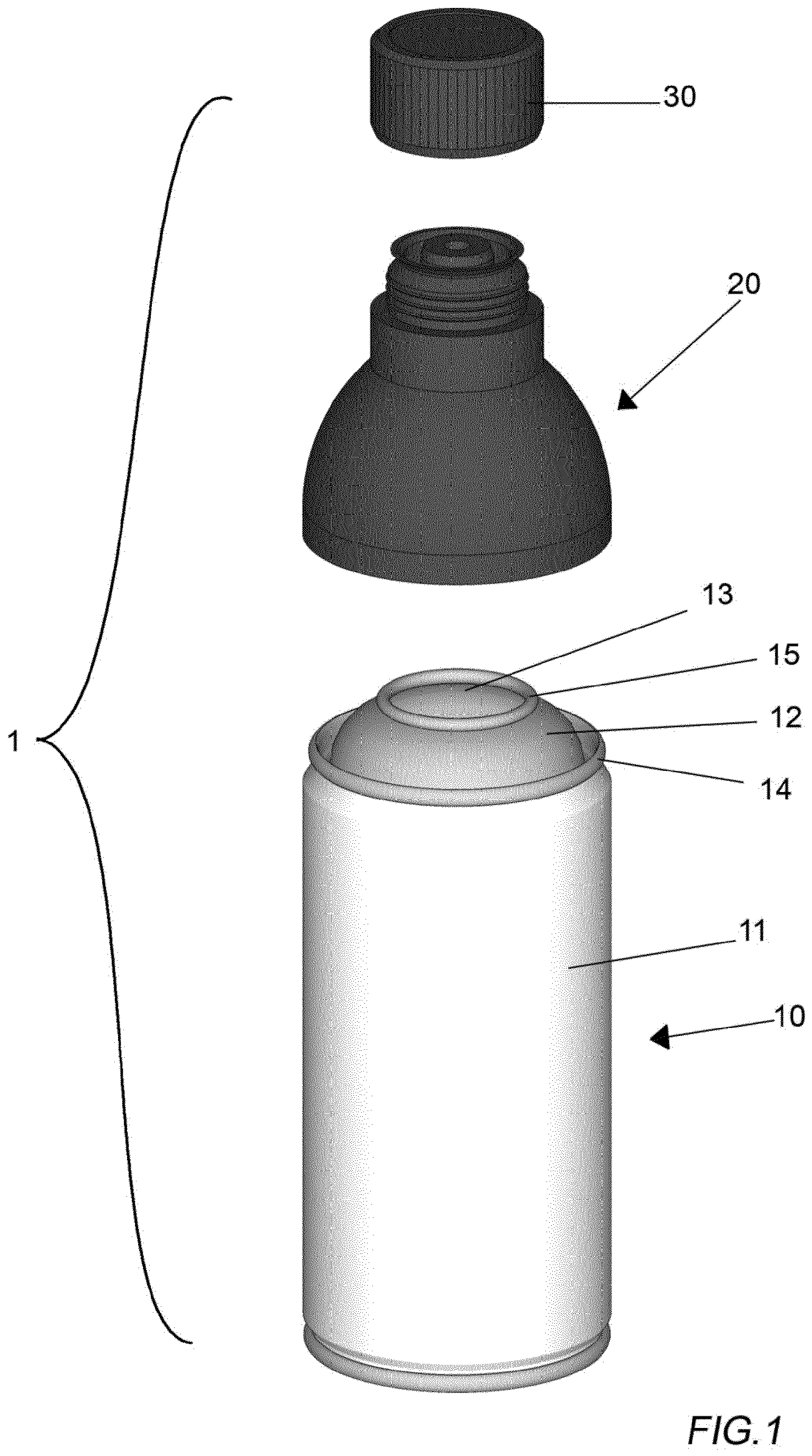 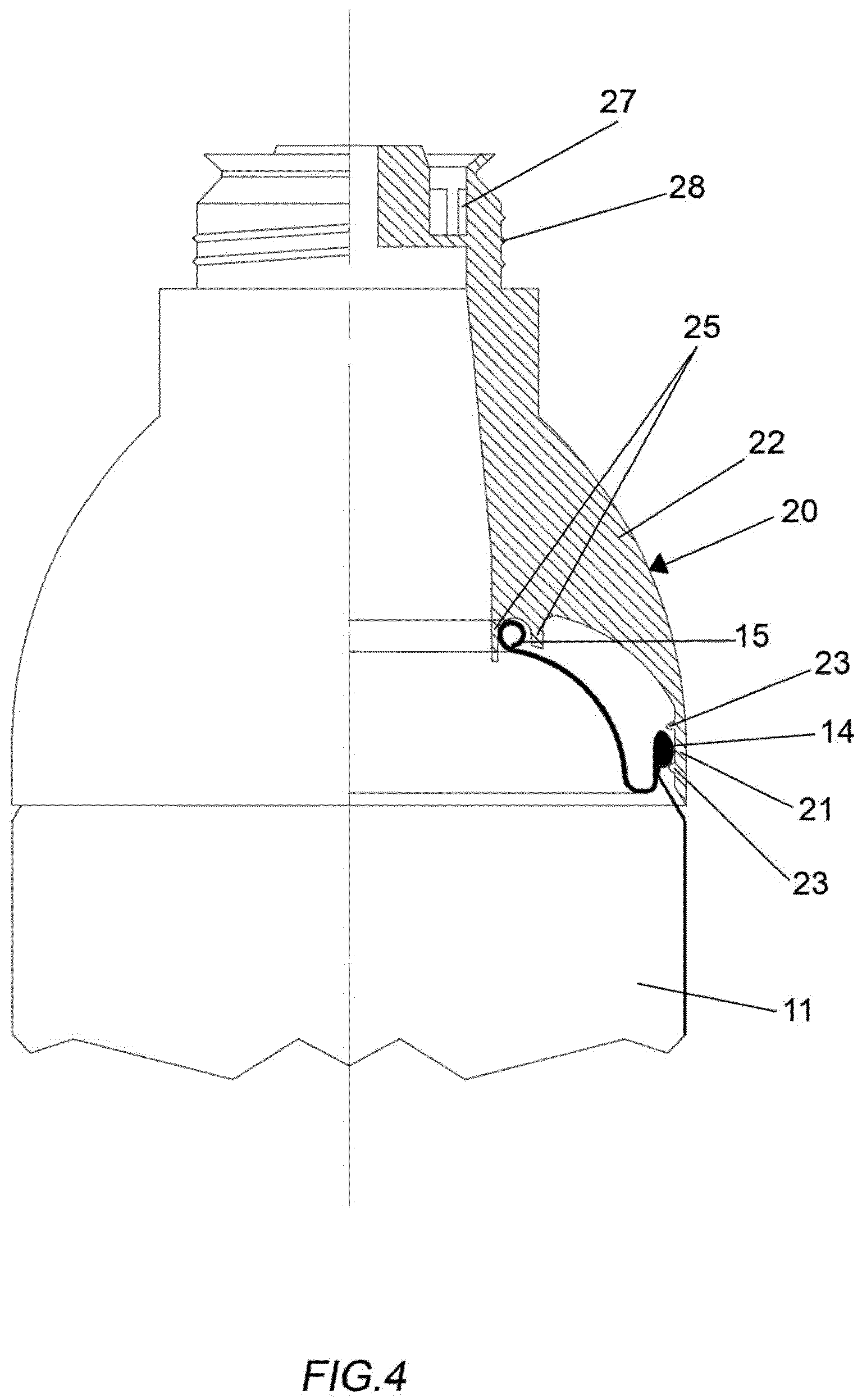 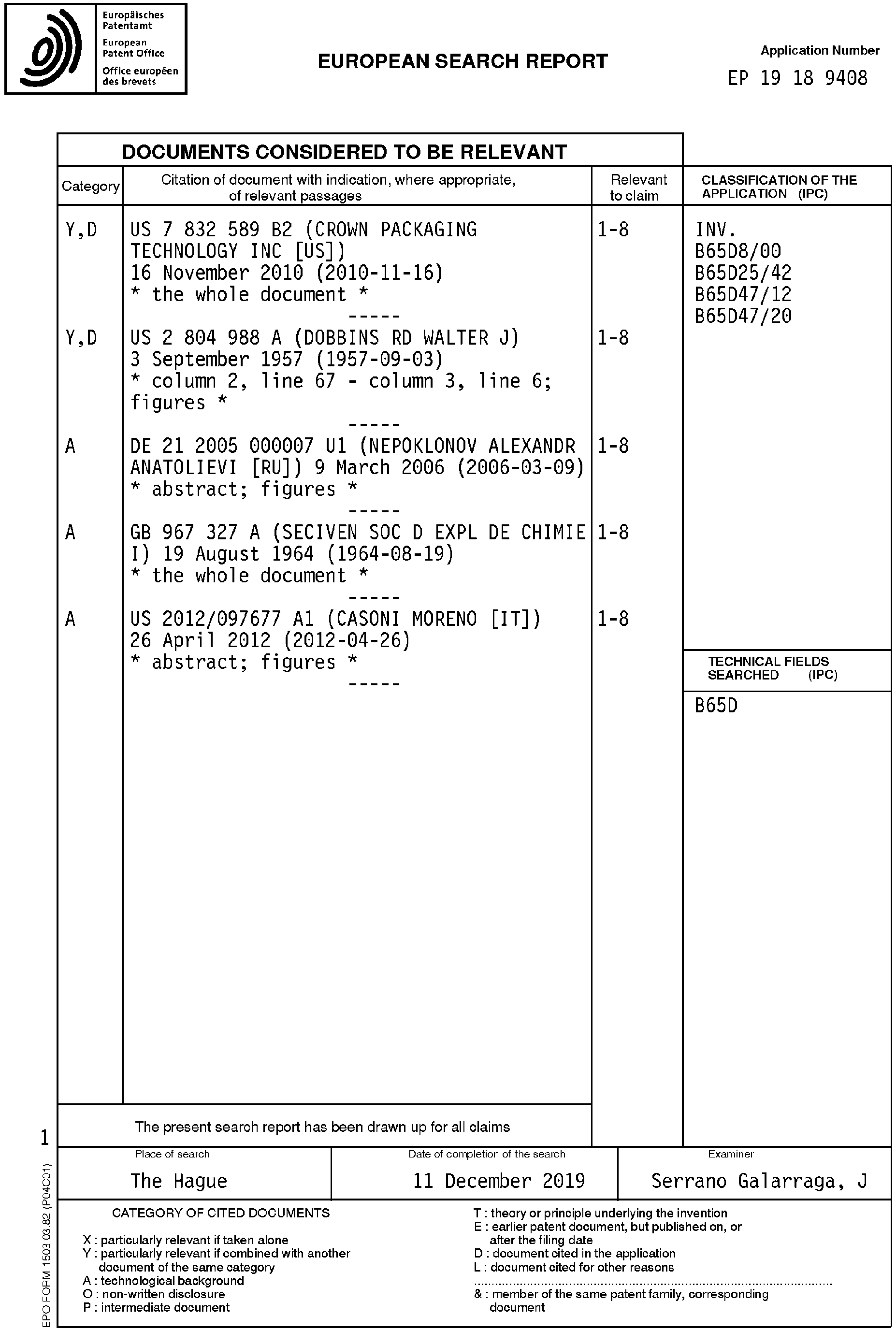 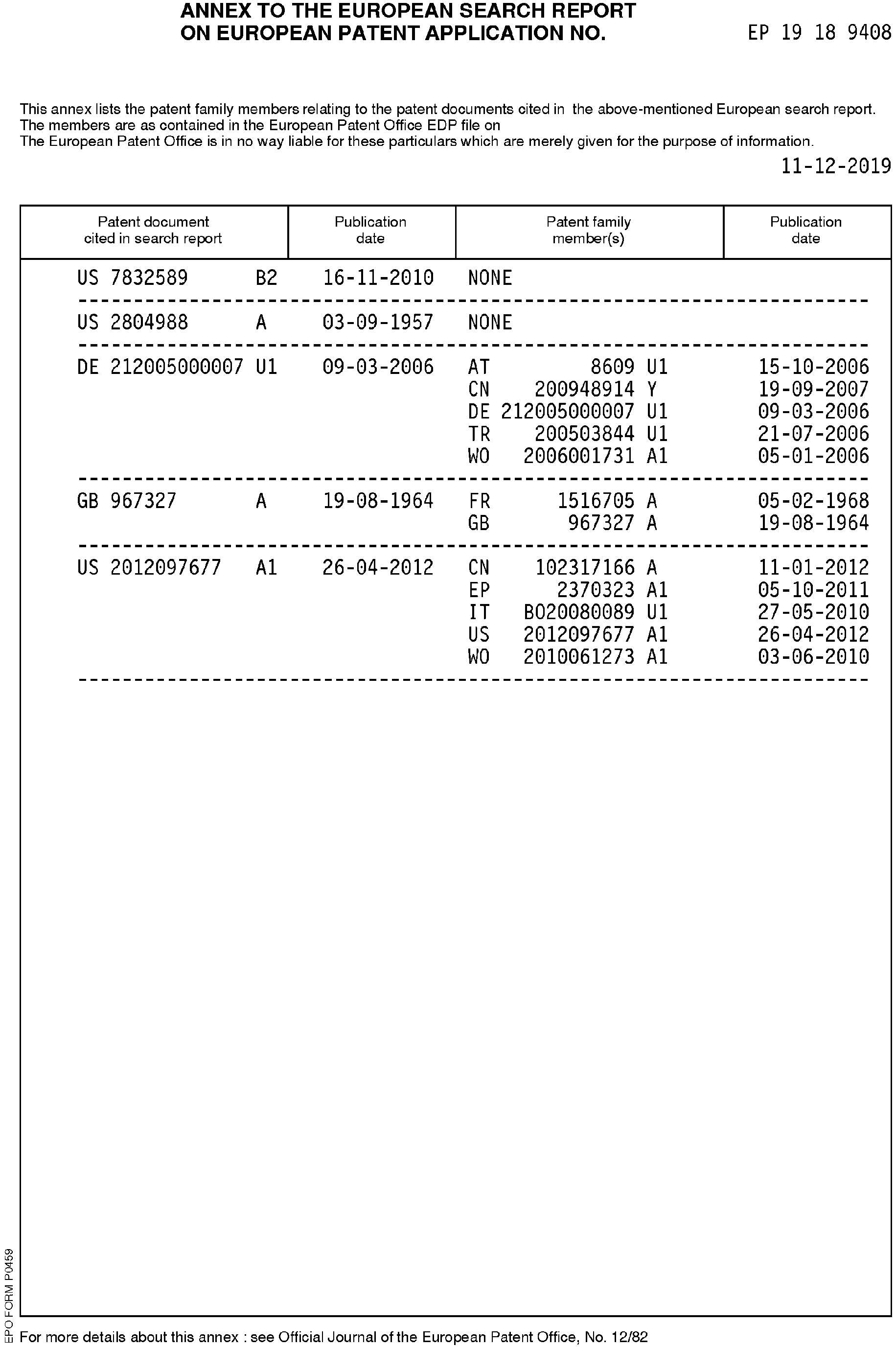