Fig. 1 is a schematic illustration showing a dynamic impacting method as performed in the present invention.

Fig. 2 is a sectional illustration showing the surface of a treated substrate obtained in accordance with the method and embodying the present invention.

2. Bombardment of the Metallic Glass particles on the substrate

[0016] The metallic glass particles are bombarded against the substrate surface at a speed of at least 10 meters/second, e.g. as driven by compressed gas (such as argon gas) under a high pressure of e.g. 5∼15 bars to obtain a hardened but rough substrate surface.

2. A method according to Claim 1 wherein said bombarding of metallic glass particles (1) on the substrate (2) comprises:

a high-pressure bombardment step, bombarding the metallic glass particles (1) driven by a high-pressure gas under a pressure ranging from 5 bars to 15 bars, to harden the surface of the substrate (2); and 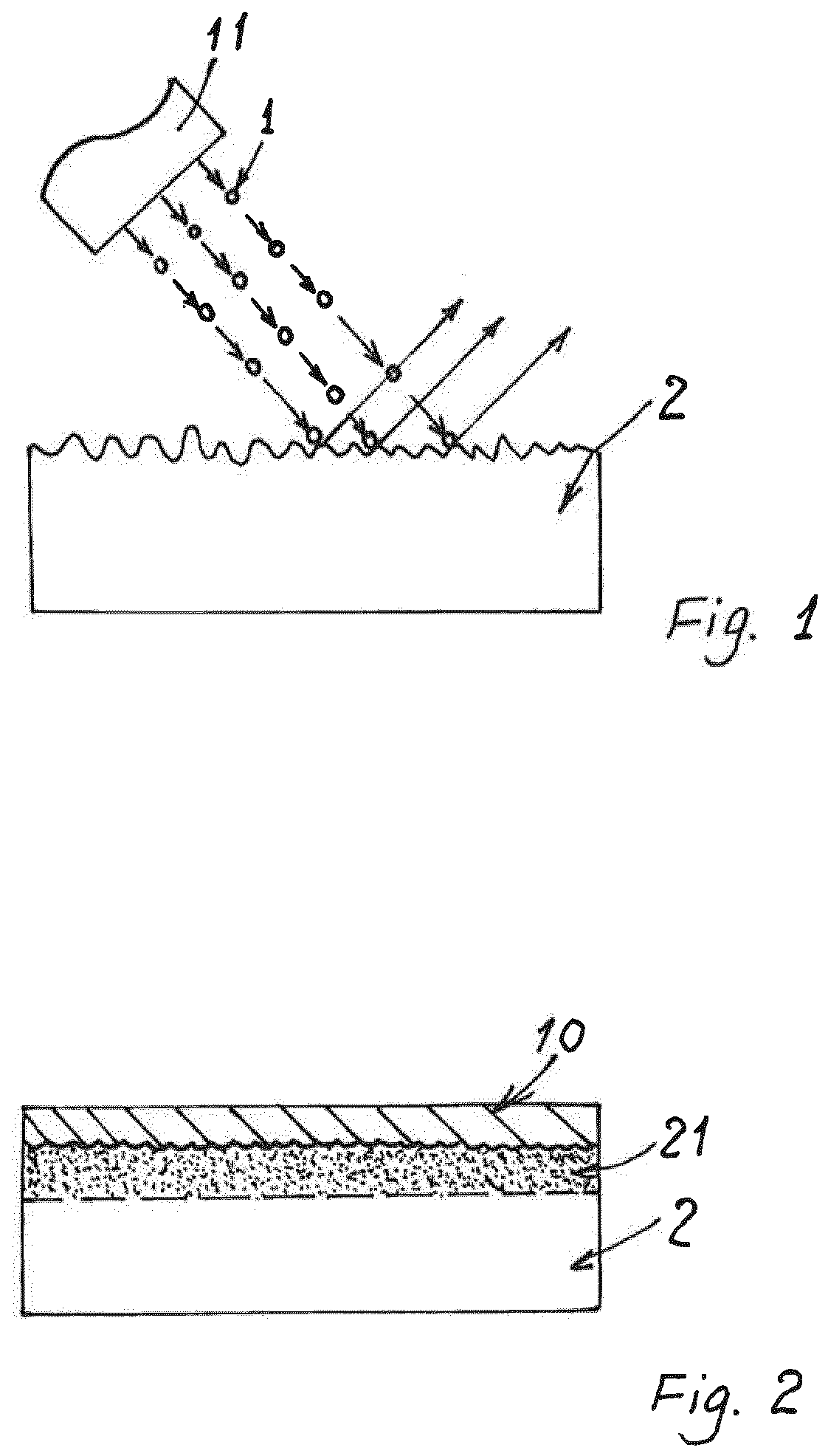 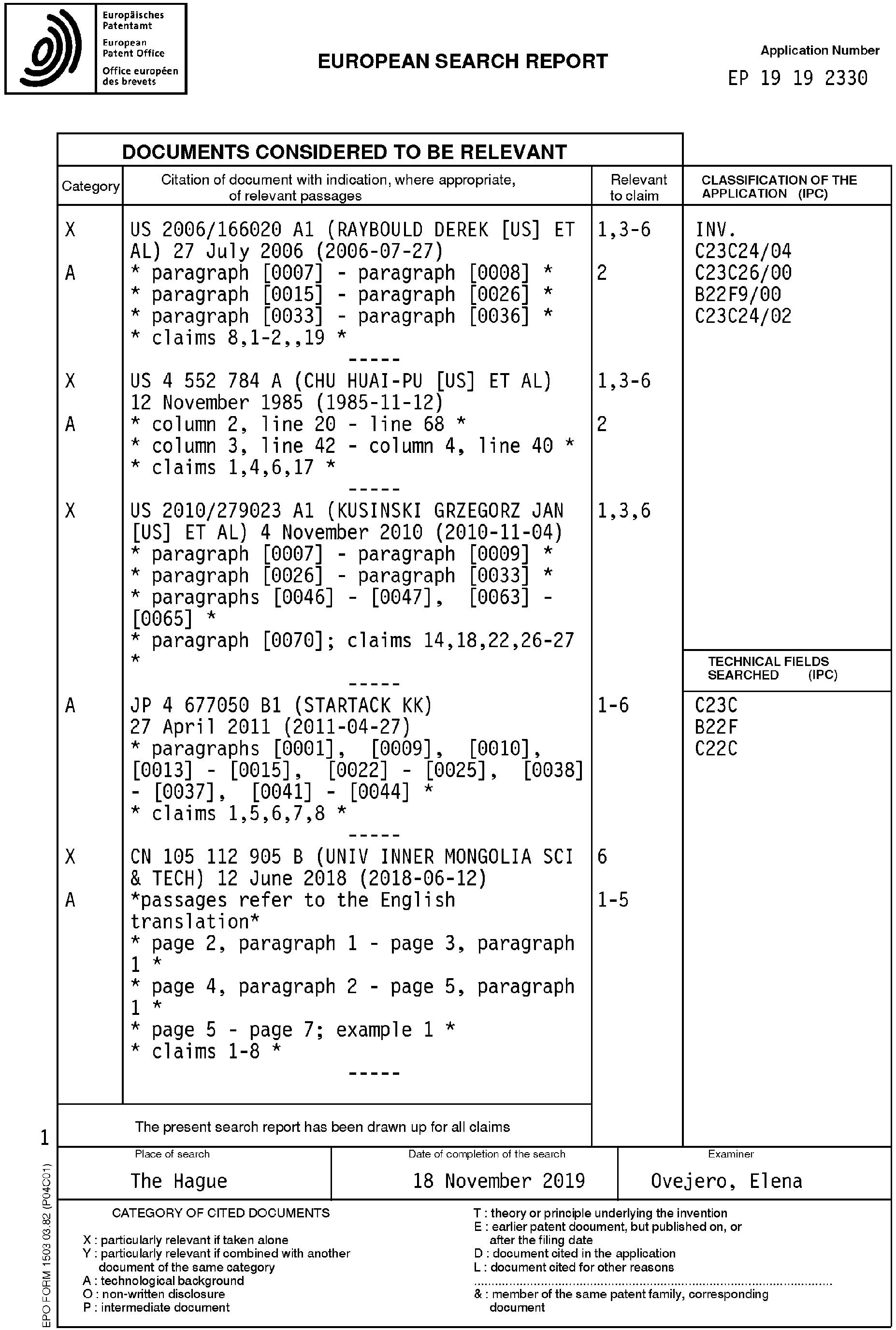 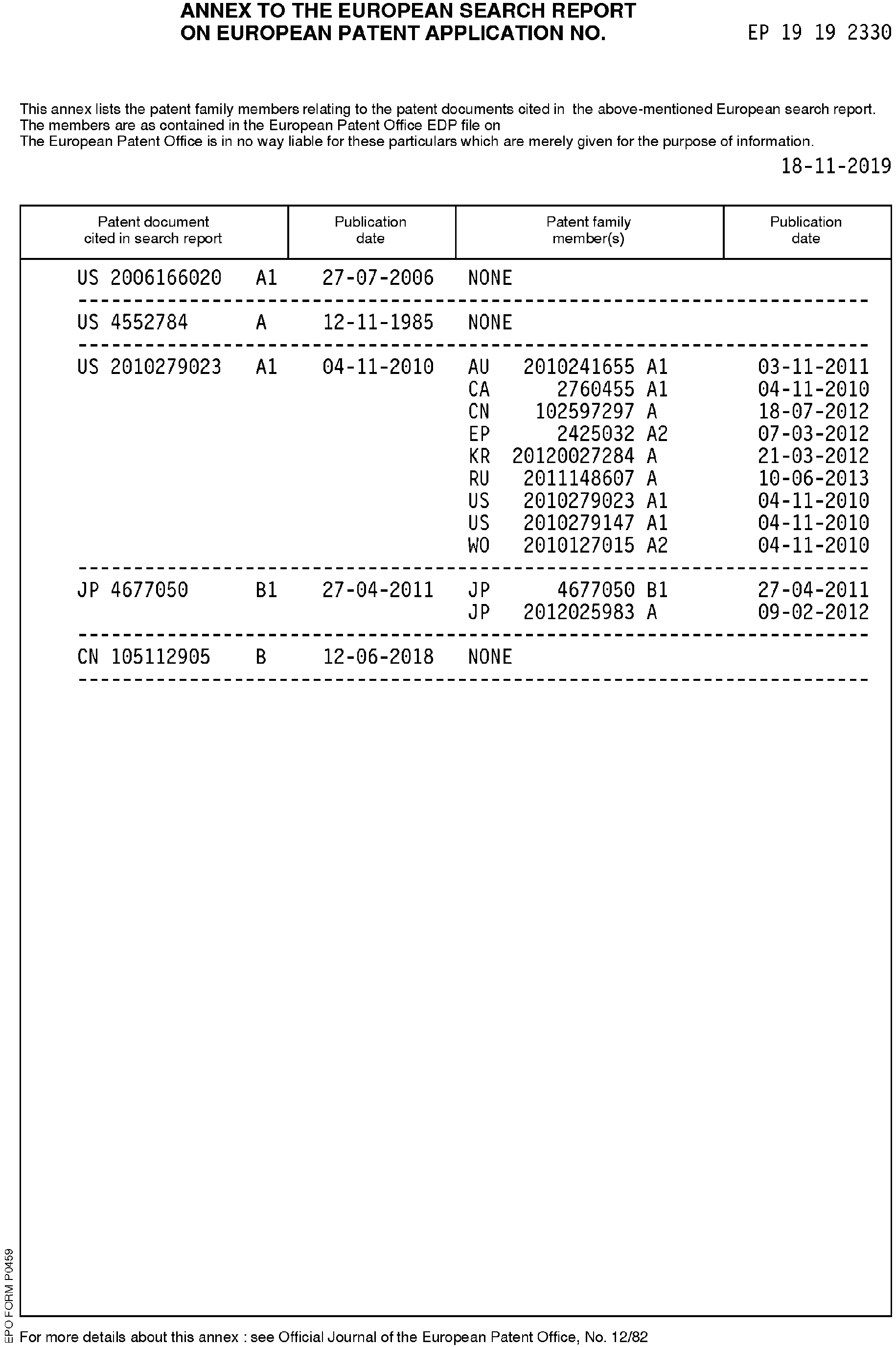