[0001] A typical gas turbine engine combustor can include metallic liners and liner panels coated with a thermal barrier coating. Metallic panels are thermally limited as far as maximum operating temperatures and require large amounts of cooling air to meet full life cycle requirements. Ceramic matrix composite (CMC) panels have higher temperature capabilities compared to metallic panels, and are typically lighter in weight than metal panels. However, attaching CMC panels to the liners and existing metallic support structures of the combustor can be challenging due to thermal expansion differences between metals and CMC materials, as well as poor localized stress loading at attachment points.
[0002] US 2014/360196 A1 discloses a prior art combustor panel having the features of the preamble to claim 1.

FIG. 2 is a partial cross-section of a gas turbine engine combustor having ceramic matrix composite panels.

FIG. 3 is a perspective view of an individual panel and associated attachment hardware.

FIG. 4 is a cross-section of the panel.

a plurality of fasteners (96);

the plurality of fasteners (96) extend from the base (94) and are disposed within the slots (88); and

3. The panel of any preceding claim, wherein the panel (68, 168) is formed from a ceramic matrix composite material.

4. The panel of any preceding claim, wherein the fastening member (92) is formed from a metallic material.

6. The panel of any preceding claim, further comprising: a locking nut (98) fitted over at least one of the plurality of fasteners (96).

8. The assembly of claim 7, wherein the at least one liner is formed from a metallic material.

11. The assembly of claim 10, wherein the seal (80) is formed from a ceramic matrix composite material.

15. The assembly of any of claims 7 to 14, wherein the combustor (46, 146) is arranged in a kinked configuration or a straight wall configuration. 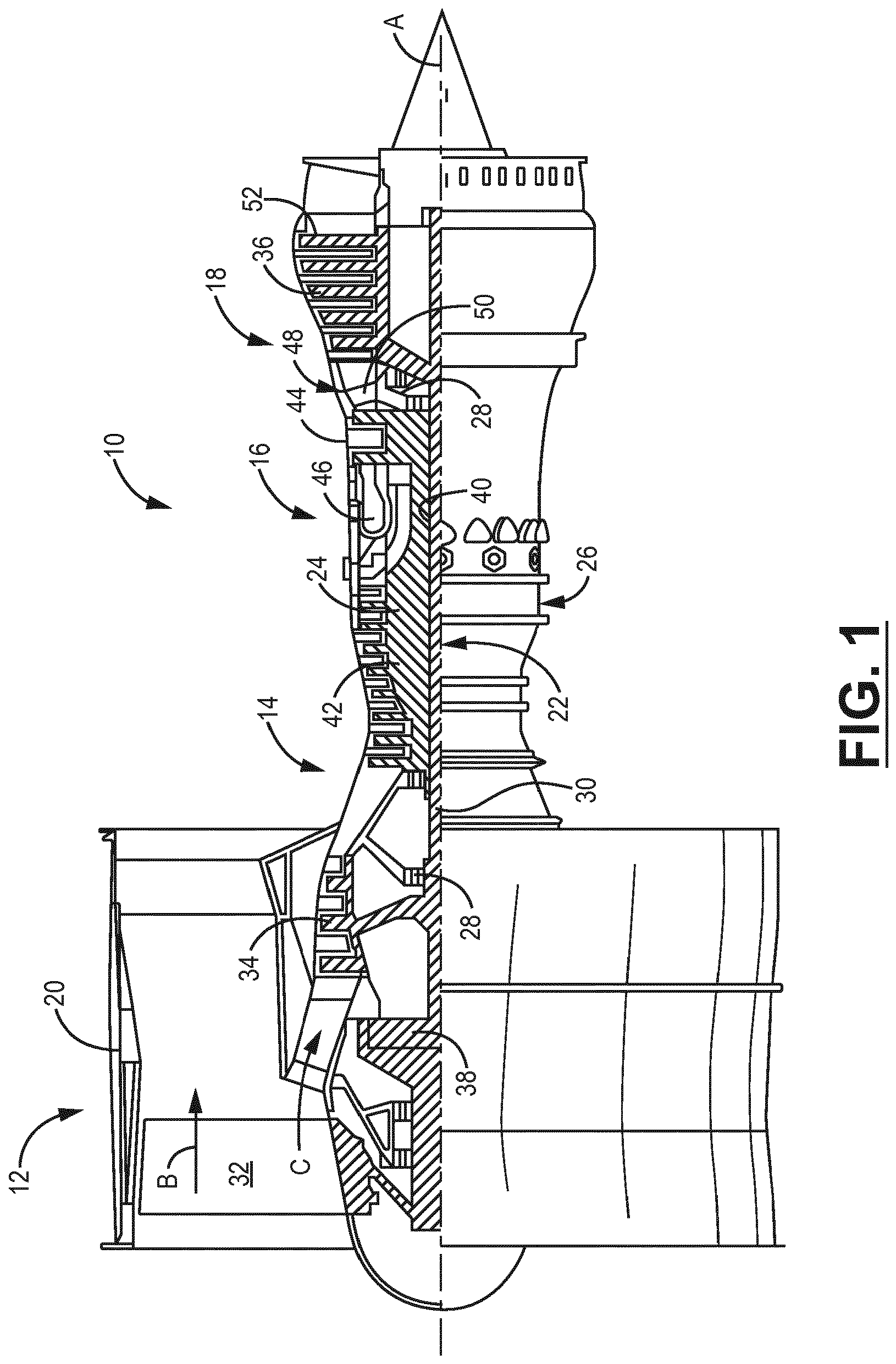 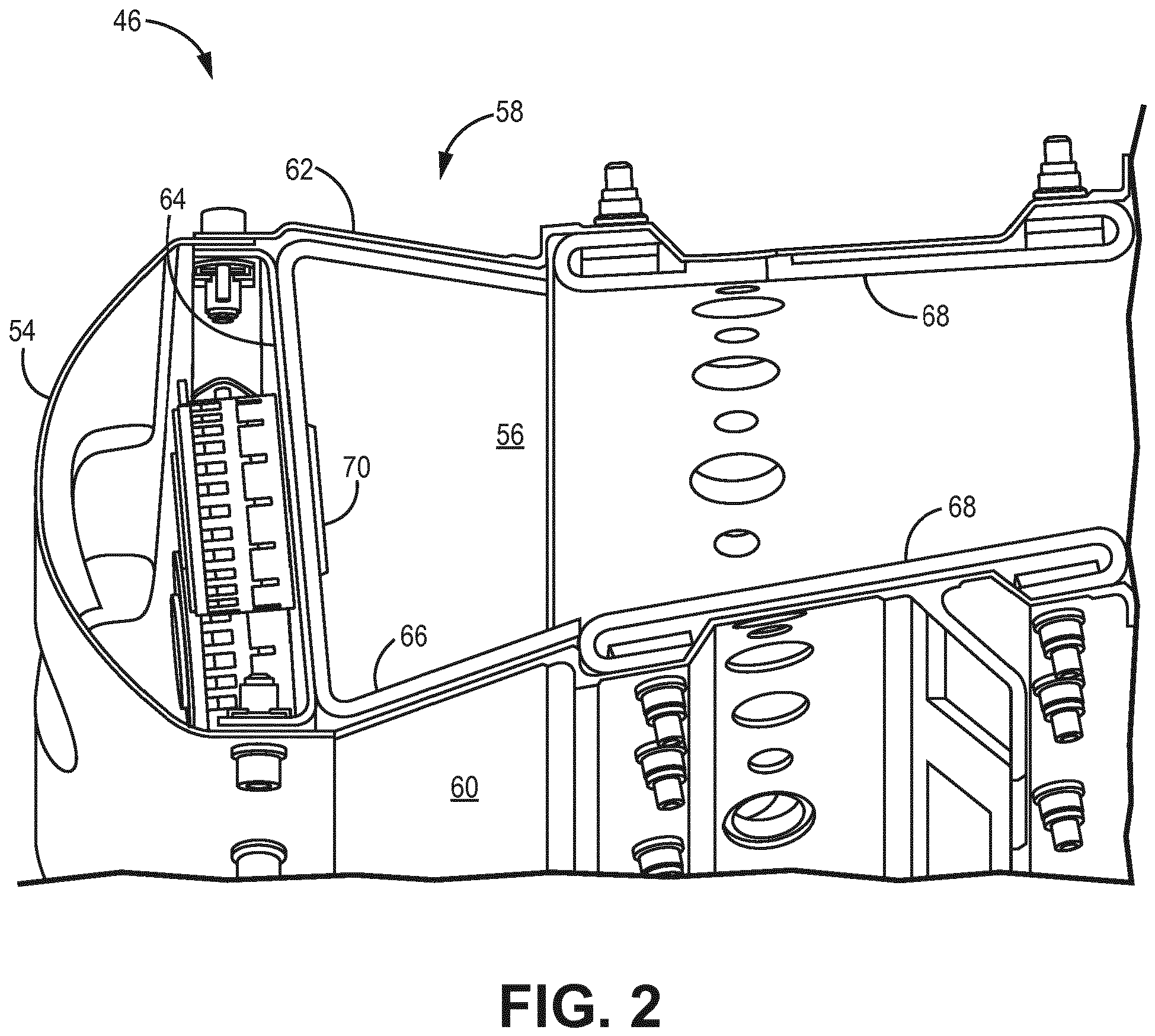 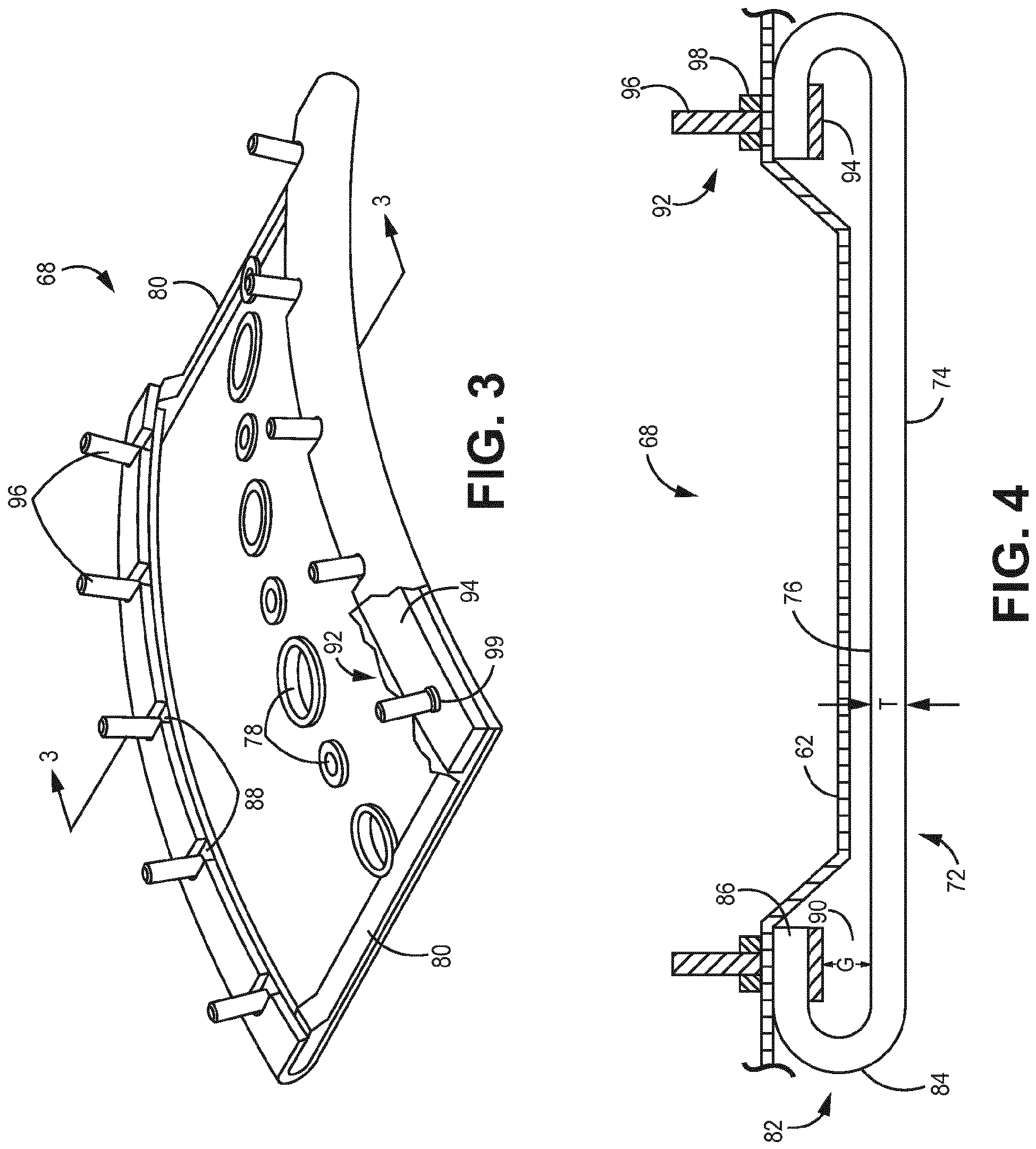 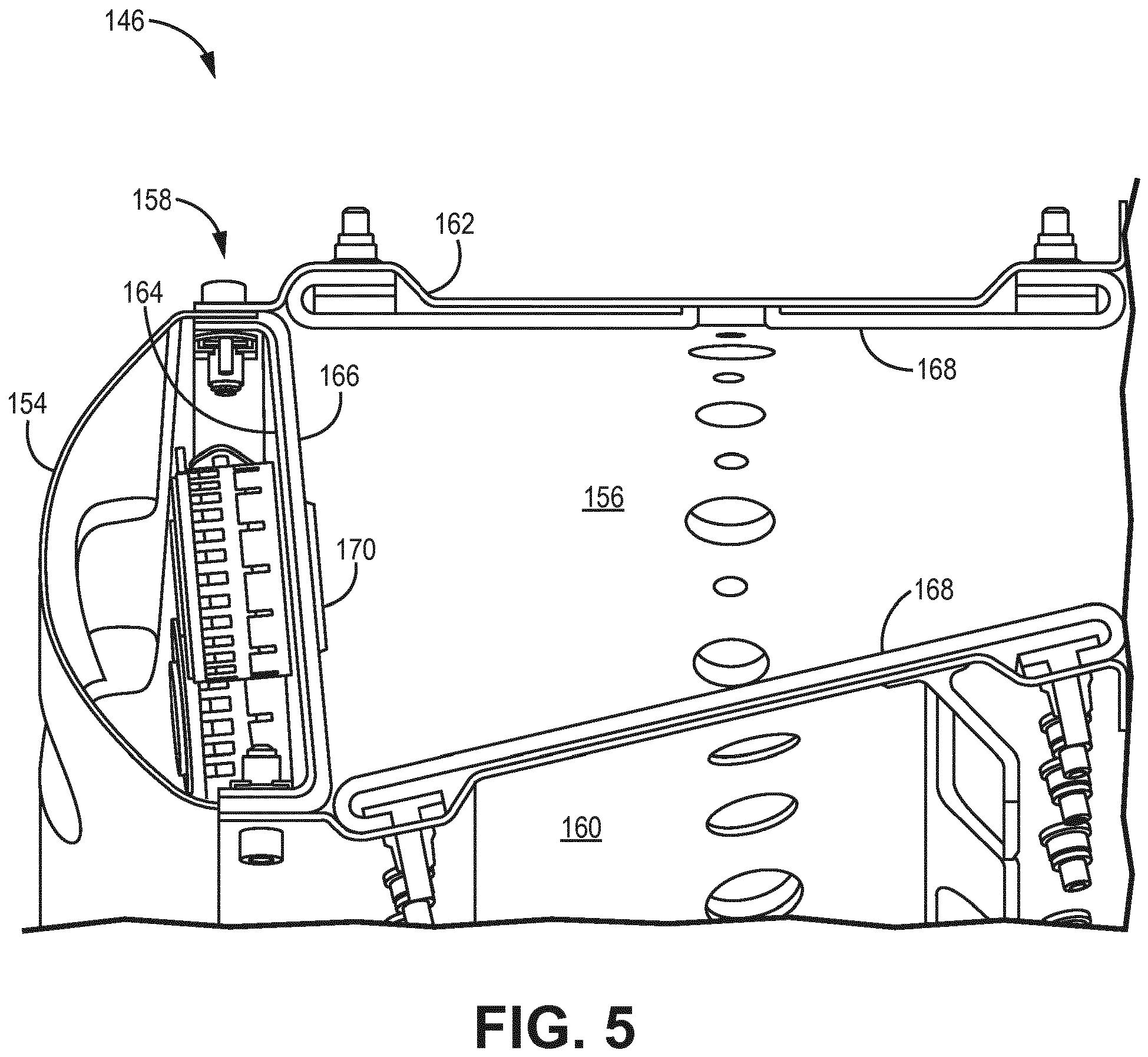