[0001] Unless otherwise indicated herein, the approaches described in this section are not prior art to the claims in this application and are not admitted to be prior art by inclusion in this section.
[0002] Graphical User Interfaces (GUIs) are commonly created by a designer creating a mockup, and then forwarding that mockup to a developer. The GUI that actually results, must be in compliance with formal requirements of a particular GUI platform UX, e.g., Fiori.
[0003] Design guidelines are sets of recommendations towards good practice in design. They are intended to provide clear instructions to designers and developers regarding how to adopt specific principles, such as intuitiveness, learnability, efficiency, and consistency.
[0004] Design guidelines provide helpful advice on how to achieve a design principle that can be platform-specific or cross-platform. However, ensuring consistency of a given UI with formal and informal design requirements, is often performed manually through an expert, and can be a time-consuming task.

[0005] Embodiments relate to systems and methods configured for learning and determining compliance of a GUI with design guidelines. Those guidelines may enforce operability with requirements of an external user interface (UI) platform (e.g., Fiori), and/or internal consistency between GUIs produced by a same software vendor. Embodiments receive as an input, a UI comprising a plurality of interface elements. An image of the GUI is captured, and a plurality of elements of the interface are identified from the image according to a recursive procedure. The plurality of elements are stored in a first logic tree exhibiting a first hierarchical structure having the plurality of specified elements as leaf nodes, such as a button or an icon. The first logic tree is compared to a second logic tree (or set of logic trees) exhibiting a second hierarchical structure.
[0006] The logic tree presents the interface elements as leaves (e.g., a magnifying glass and text input field), and correlate the interface elements to human logic terms (e.g., a magnifying glass and text input field together comprise a search field). The logic tree also includes meta information regarding a position relation between elements and logic terms. This meta information can be presented through the order (from left) and hierarchy (inside) of the tree.
[0007] The tree will be stored within a knowledge base of a database. The knowledge database presents the given structured information from given GUIs as a machine-learned UI framework.
[0008] Based upon a comparing, an output is generated indicating a similarity between the logic tree of the instant interface and a set of the most similar trees, in order to give recommendations to the user. The output can show the differences with a similarity metric (e.g., 70% other GUIs using on top of a table a search field). The output may also offer some human meta information - such as the location (e.g., GIT address) of the implementation allowing reuse of code.
[0009] The following detailed description and accompanying drawings provide a better understanding of the nature and advantages of various embodiments.

Figure 1 shows a simplified diagram of a system according to an embodiment.

Figure 2 shows a simplified flow diagram of a method according to an embodiment,

Figure 3A shows a grayscale of an original UI image.

Figure 3B shows a simplified view of the initial 2D array of pixels generated from the grayscale image.

Figure 4 is a simplified view showing image cropping and the repetition of the recursive procedure.

Figure 5 illustrates a simplified view of recursive determination of a search box and a search icon as being distinct UI elements of a search field.

Figure 6 shows the construction of a tree reflecting the hierarchical organization of the discrete elements within a UI.

Figure 7 shows a UI represented as a semantic logic tree.

Figure 8 is a simplified flow diagram showing interaction between a designer and a software developer, and a compliance system according to an embodiment.

Figure 10 is a simplified flow diagram showing an overview of the interaction between a software developer and a compliance system according to an embodiment.

Figures 10A-B are simplified flow diagrams showing interaction between a software developer and a compliance system according to a use case.

Figure 12 illustrates hardware of a special purpose computing machine according to an embodiment that is configured to implement verification of compliance of a UI design.

receiving as an input, a user interface (UI) comprising a plurality of elements;

rendering an image of the UI;

identifying the plurality of elements from the image according to a recursive procedure;

is labeled with semantic metadata, and

is stored within a knowledge base of a database; and

based upon the comparing, generating an output indicating a similarity between the first logic tree and the second logic tree.

2. A method as in claim 1 wherein the iterative procedure comprises:

generating from the image, a first two-dimensional array reflecting pixel information; and

the database comprises an in-memory database; and

10. A computer-readable storage medium embodying a computer program for performing a method according to any one of the preceding claims.
11. A computer system comprising:

one or more processors;

receive as an input, a user interface (UI) comprising a plurality of elements;

render an image of the UI;

identify the plurality of elements from the image according to a recursive procedure;

is labeled with semantic metadata, and

is stored within a knowledge base of the in-memory database; and

based upon the comparing, generate an output indicating a similarity between the first logic tree and the second logic tree.

the software program is configured to cause the in-memory database to compare the semantic metadata and a solution description.

15. A computer system as in any one of claims 11 to 14 wherein the iterative procedure comprises:

cropping the image based upon the second two-dimensional array. 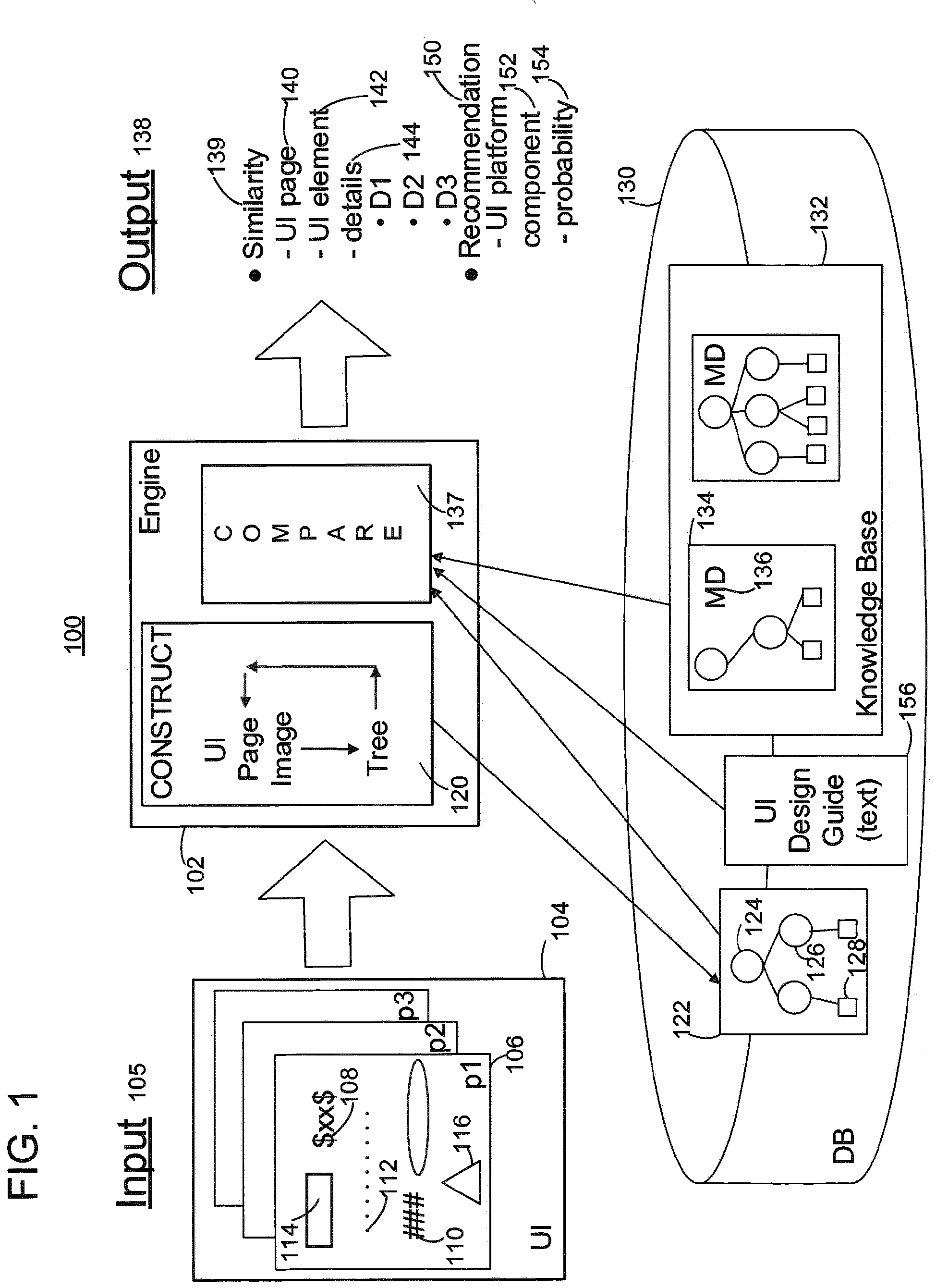 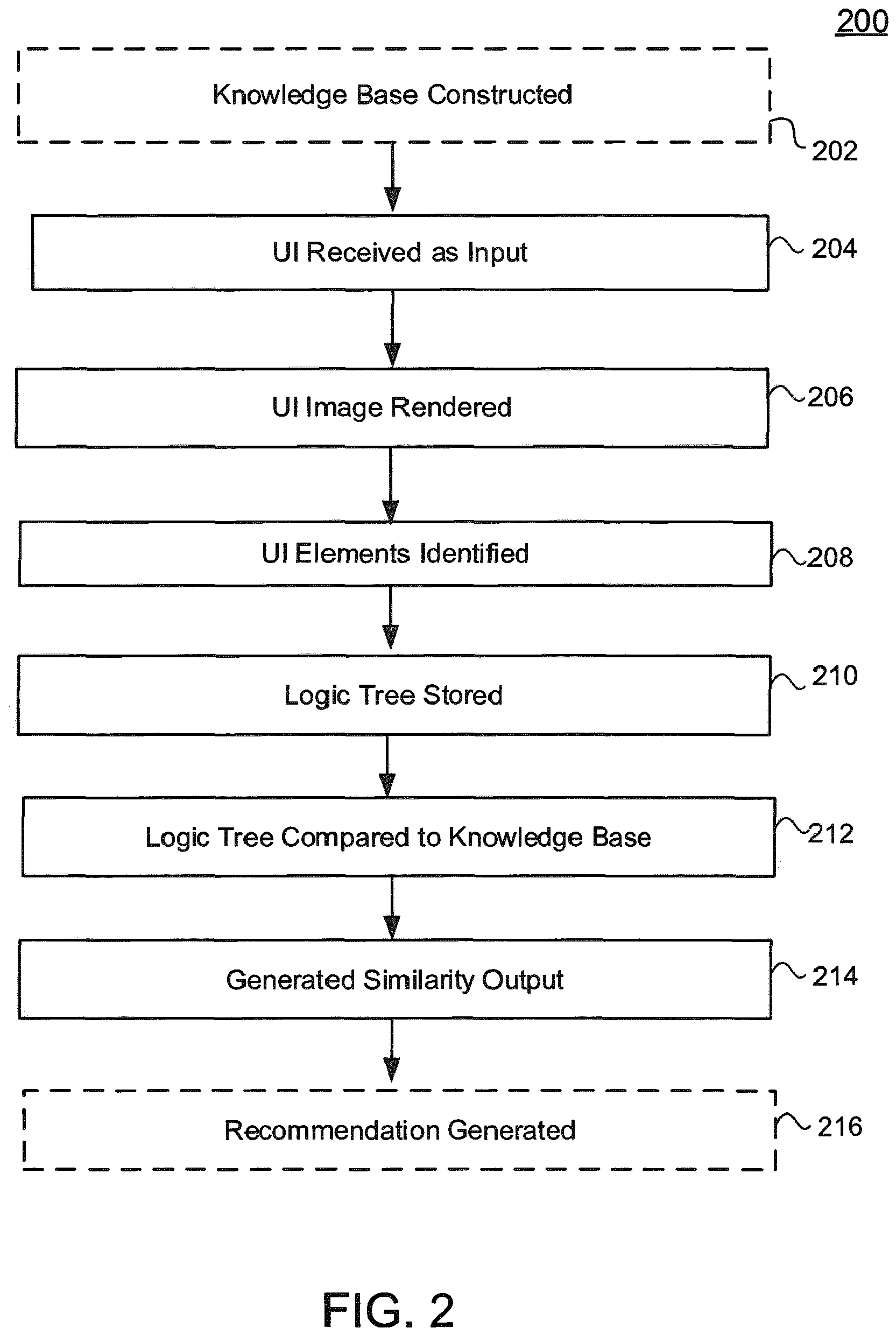 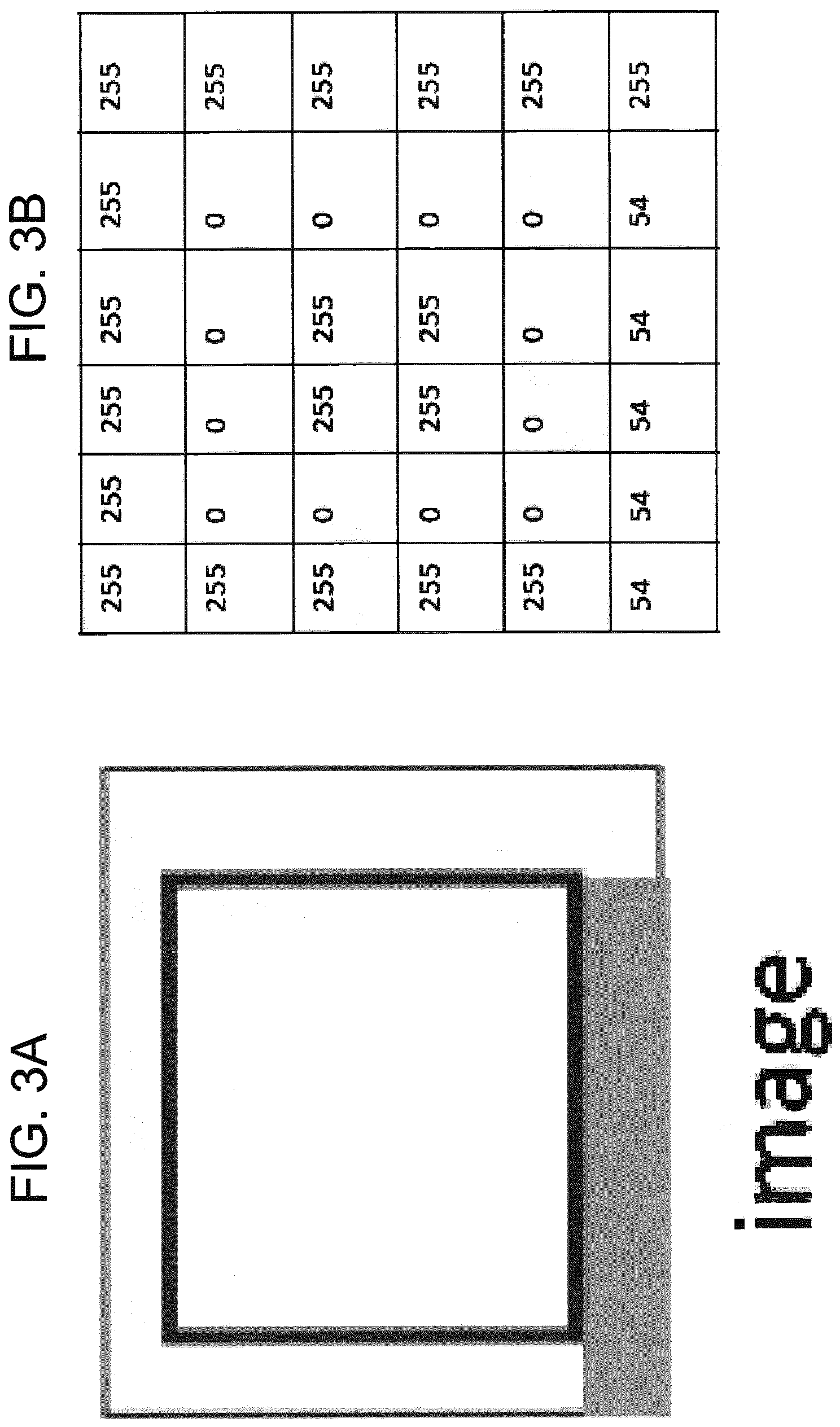 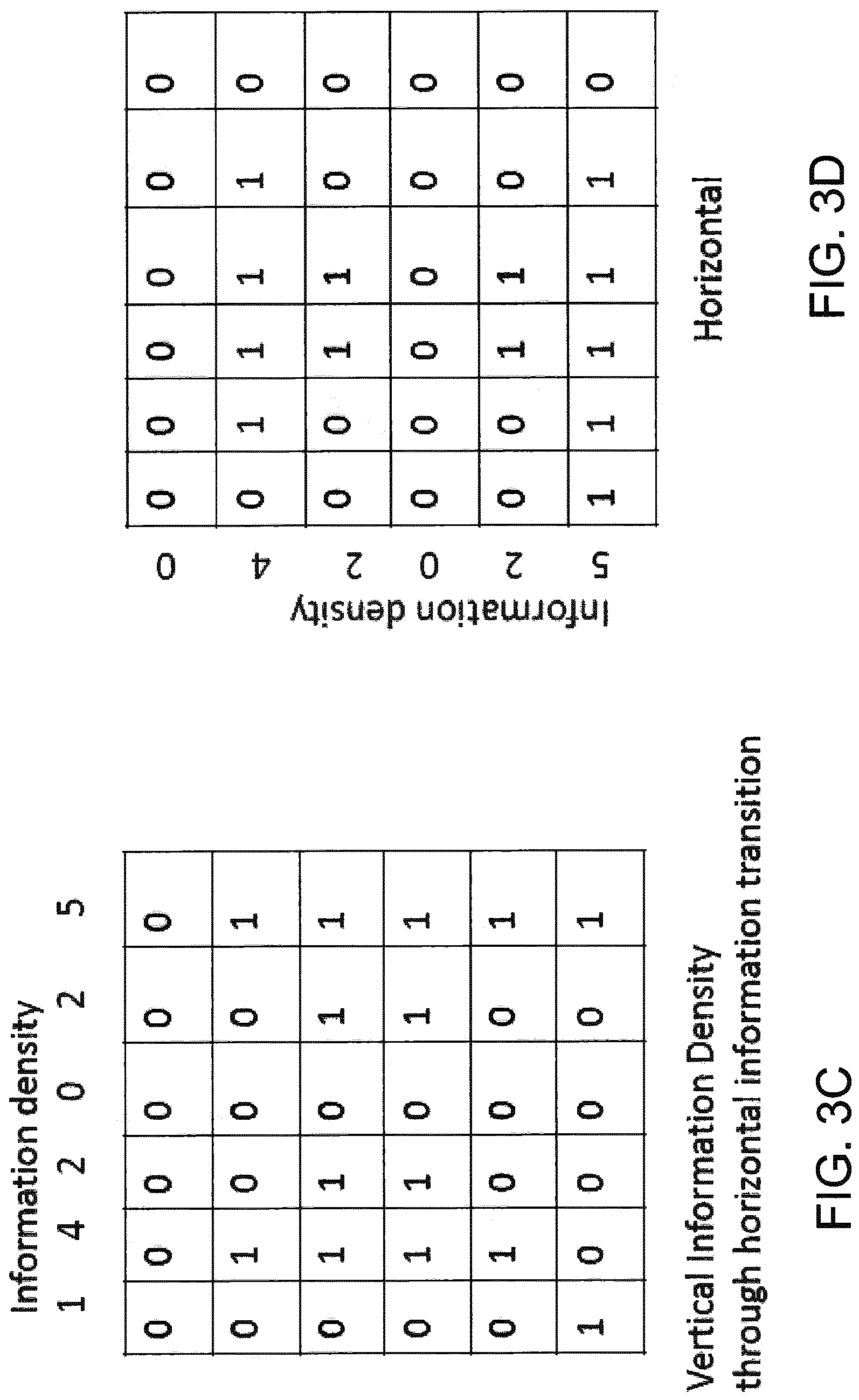 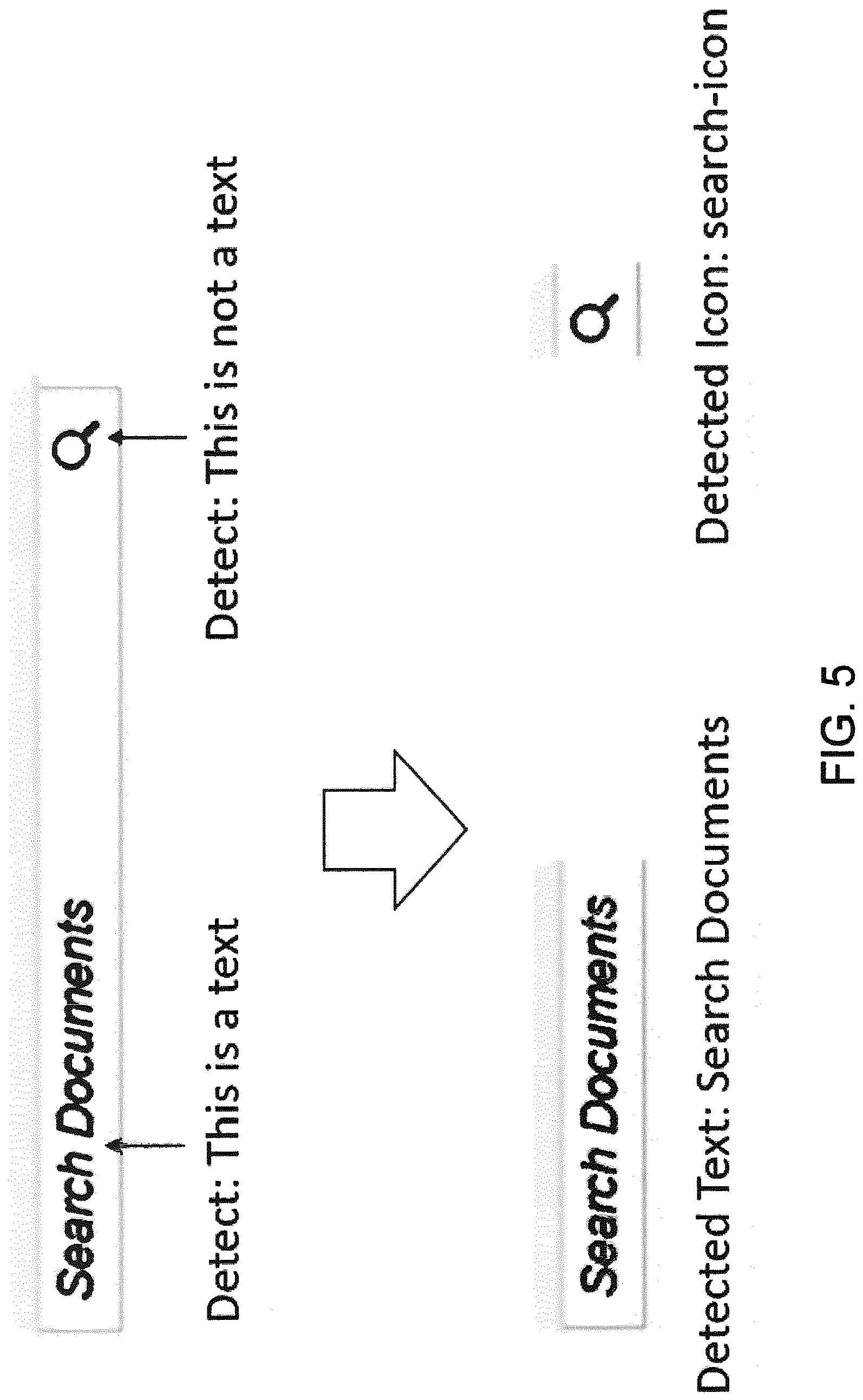 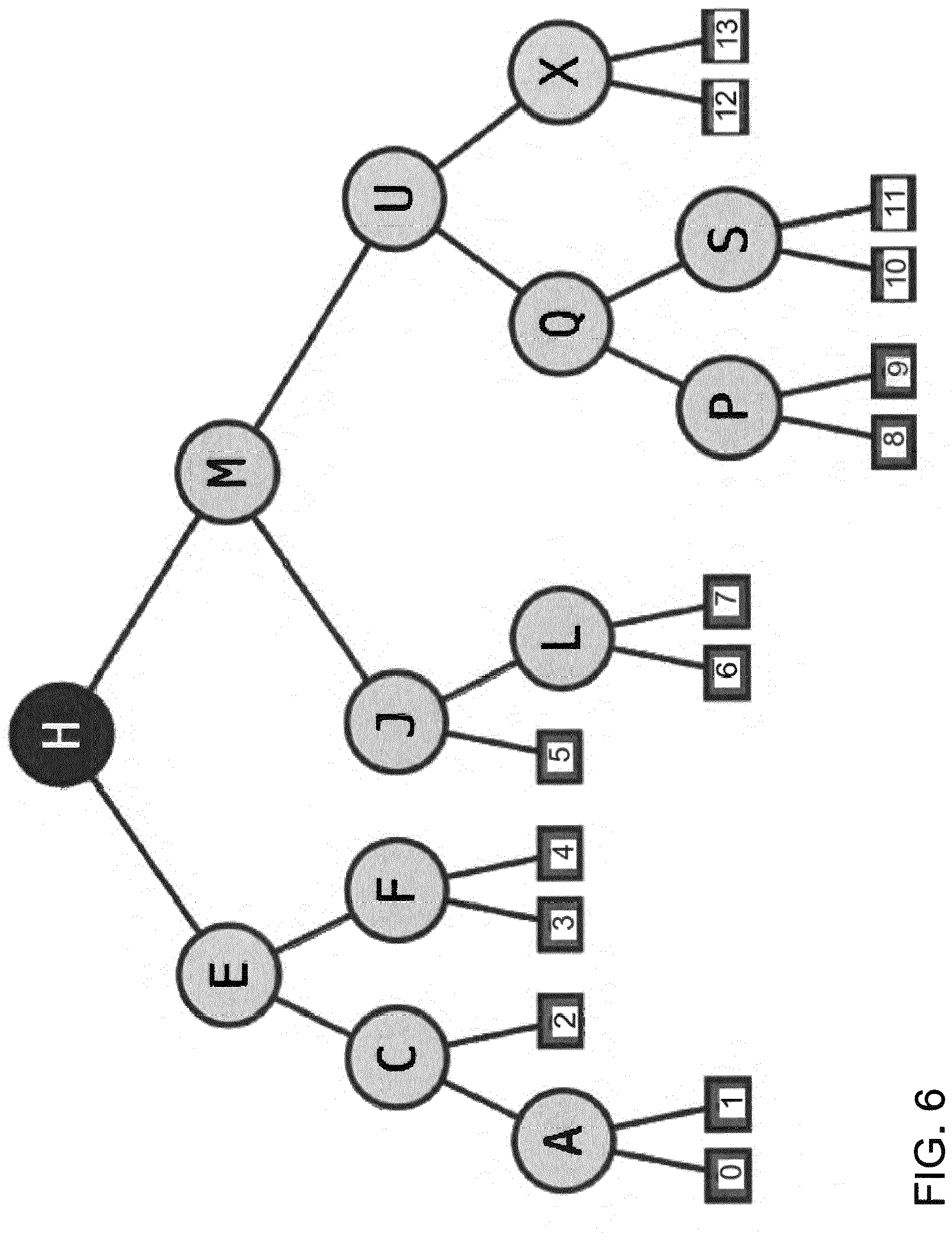 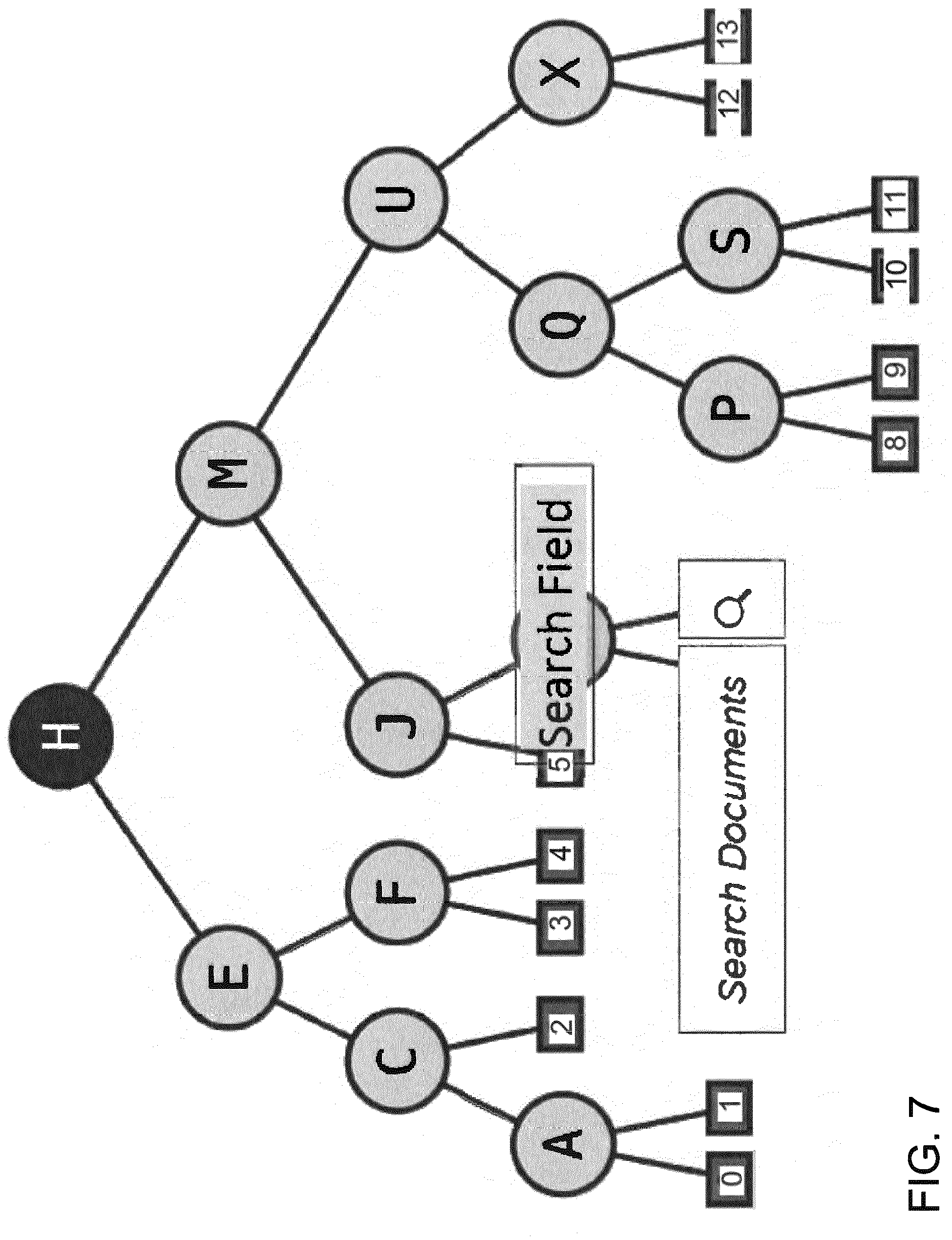 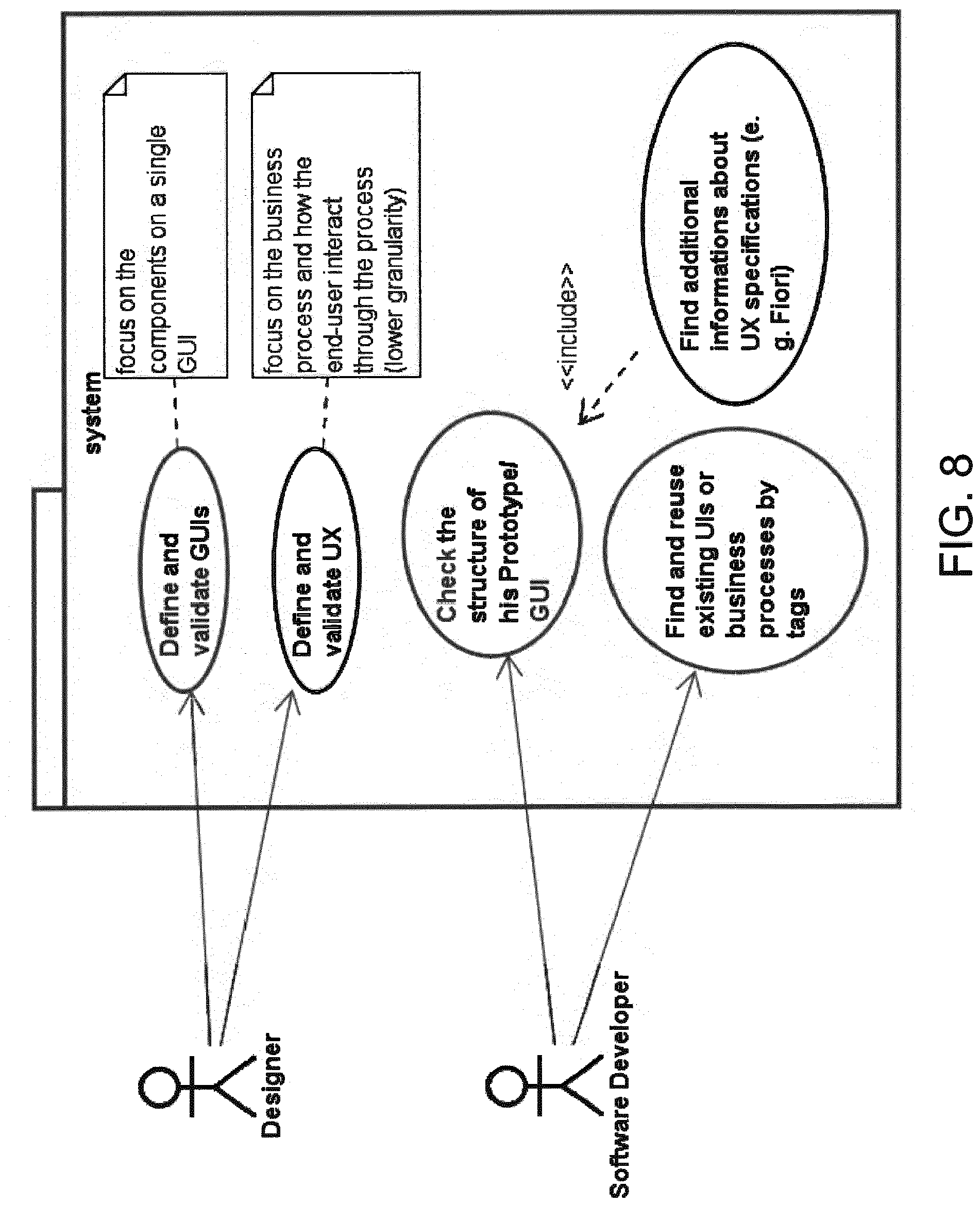 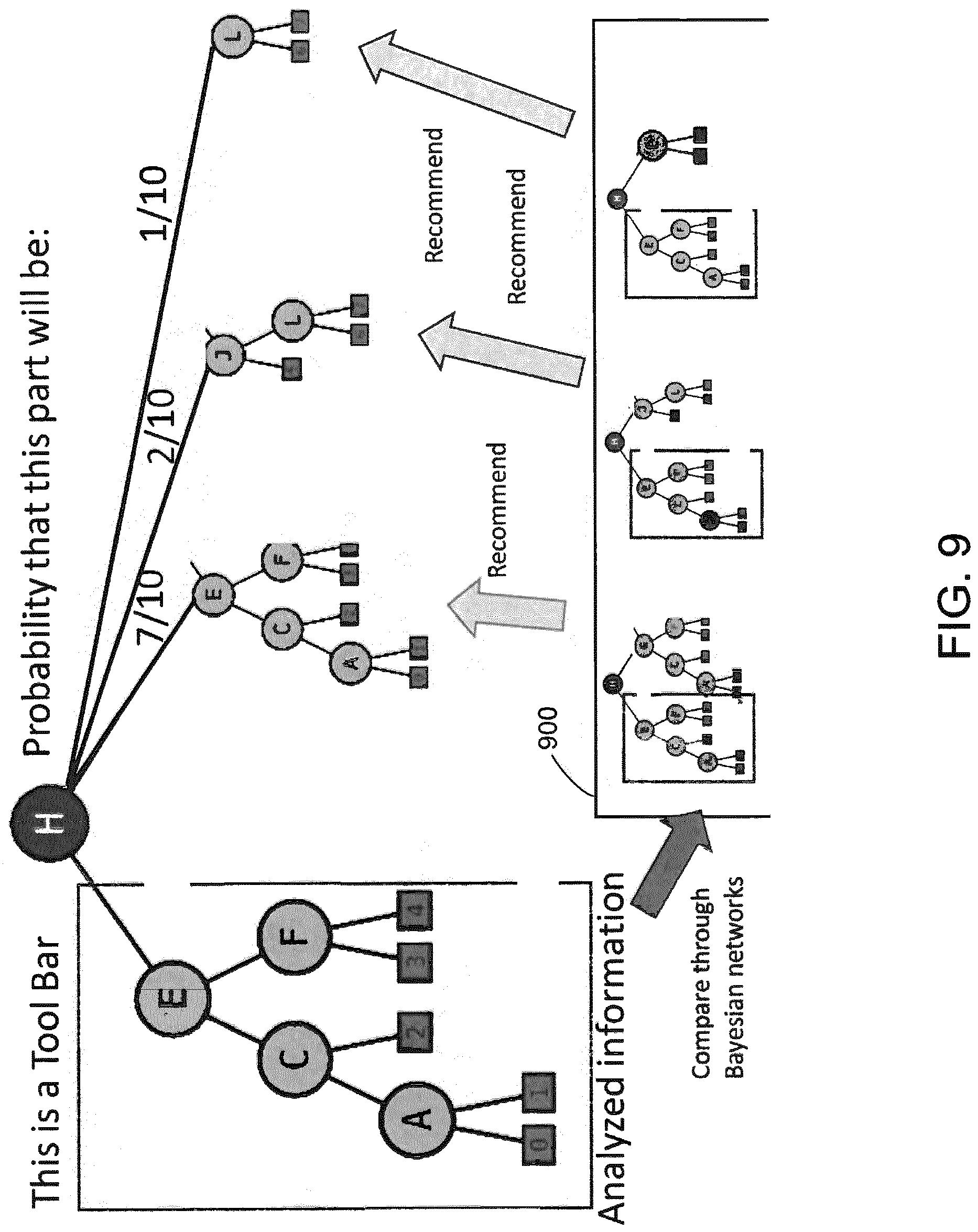 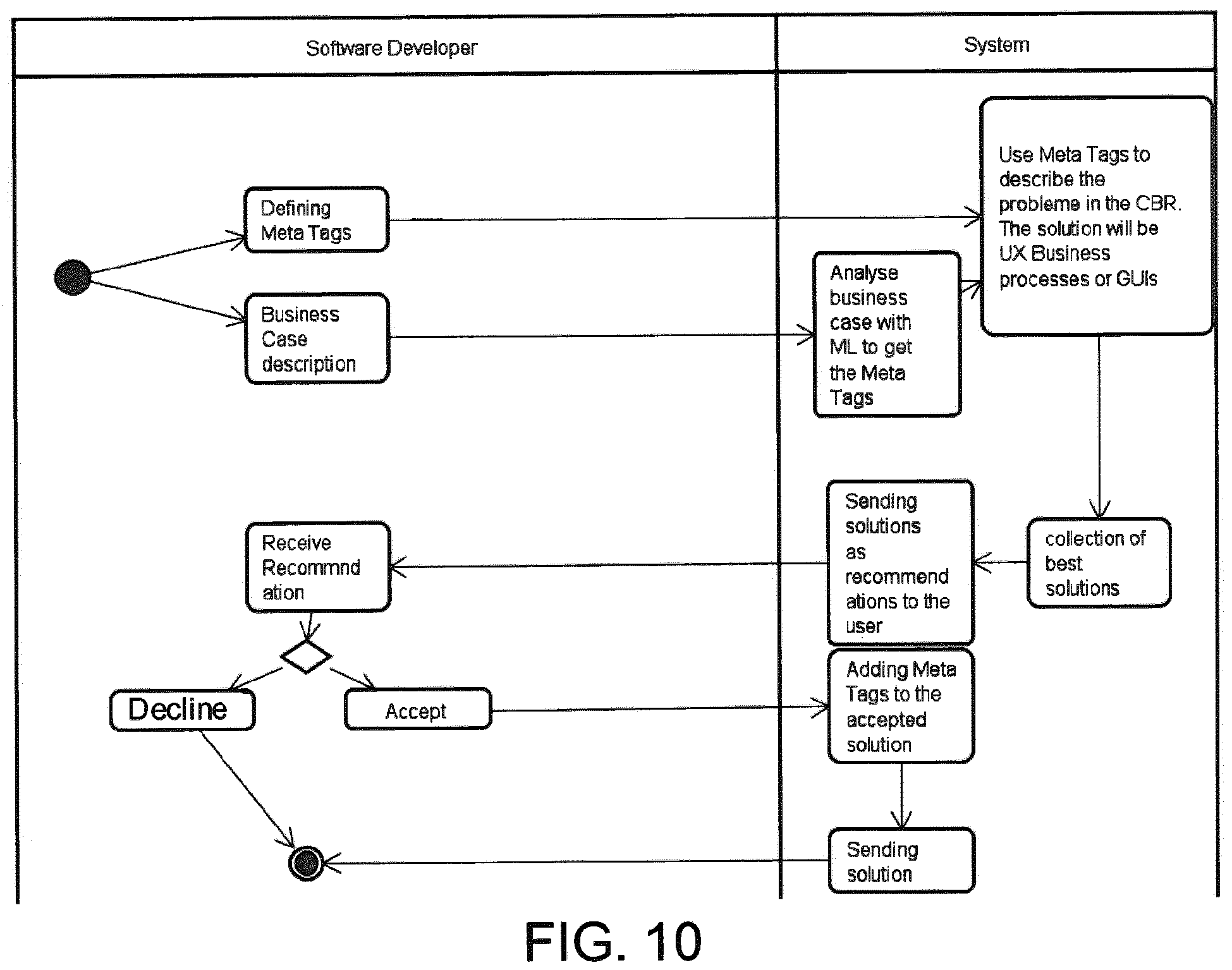 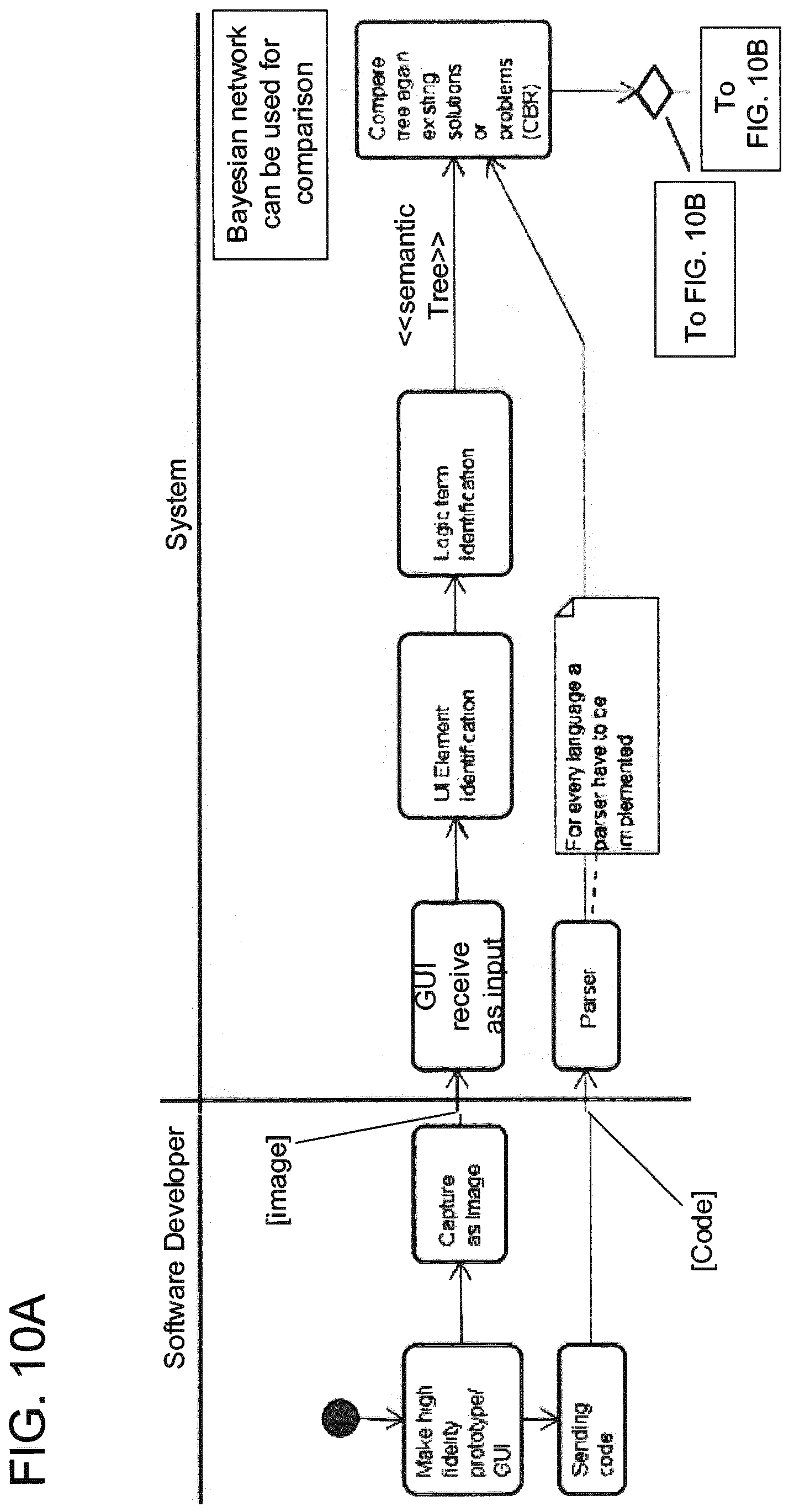 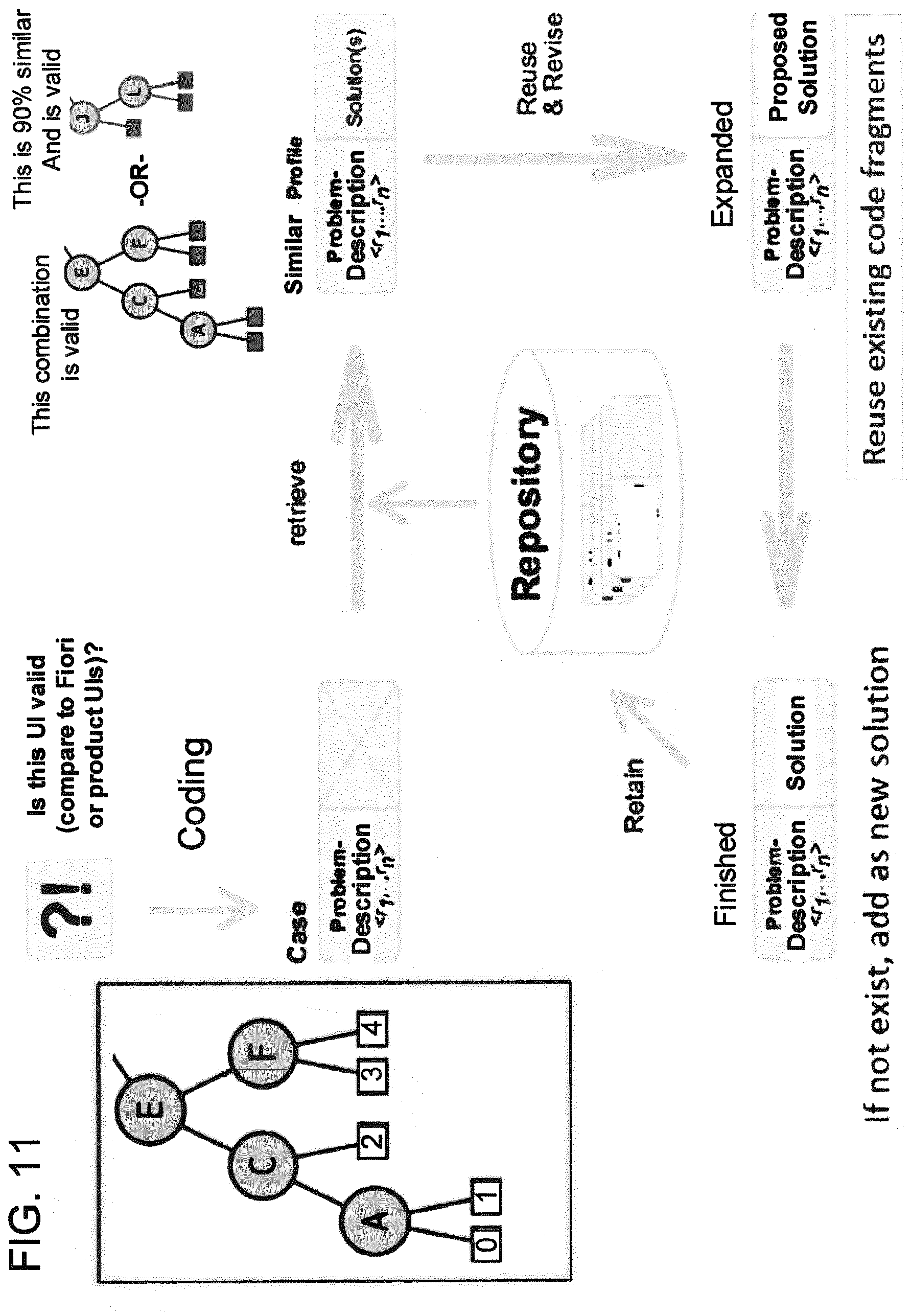 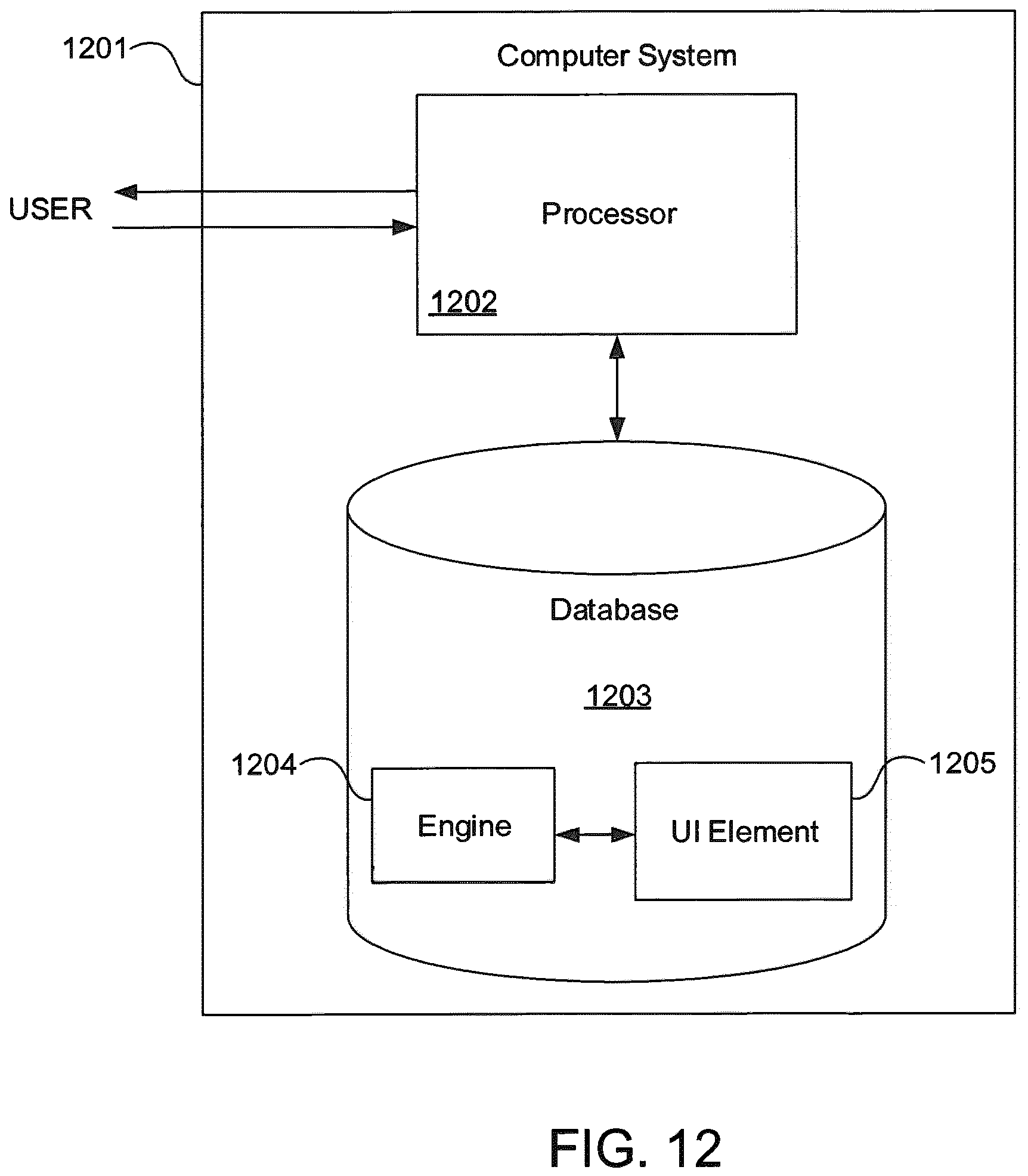 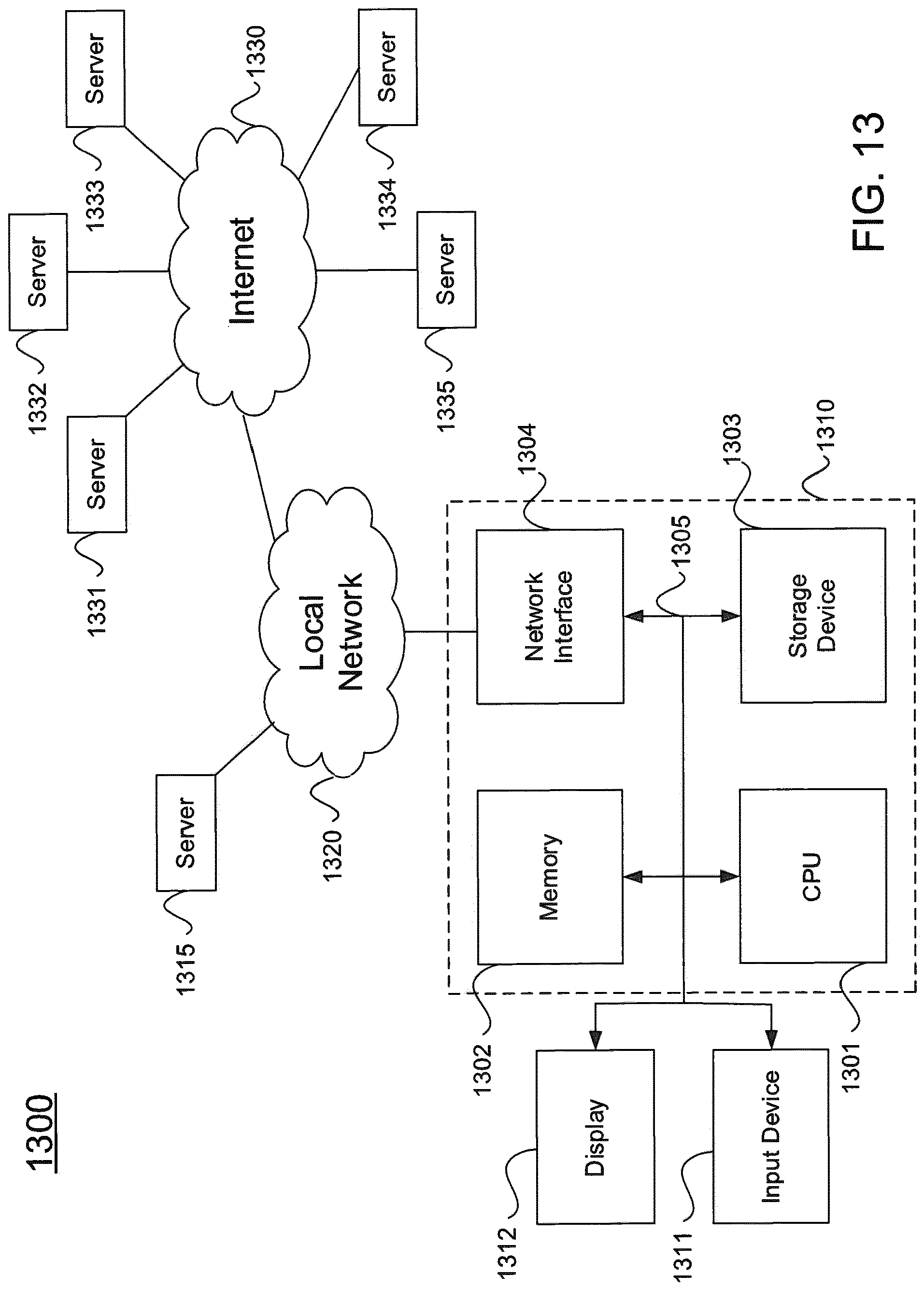 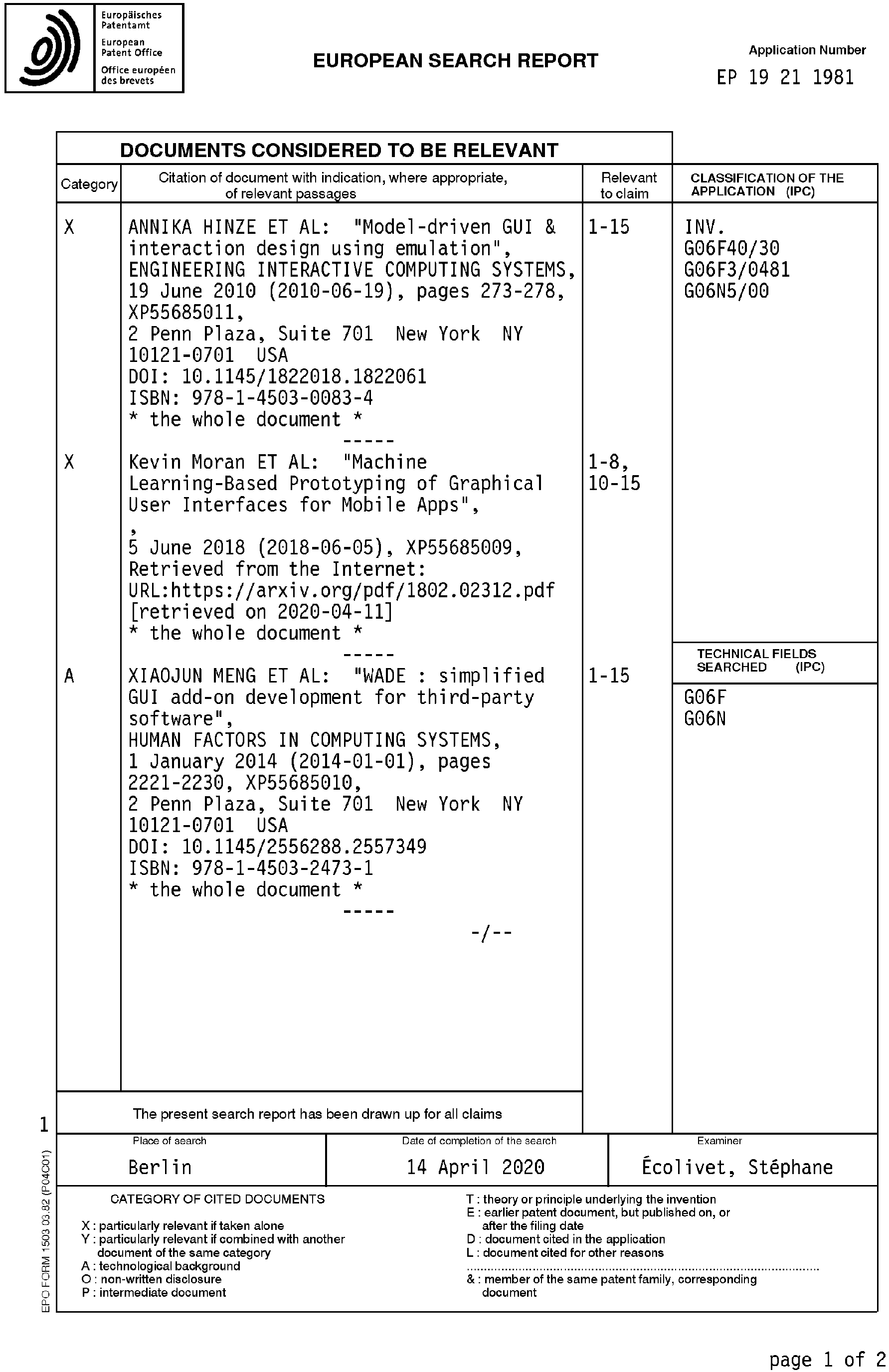 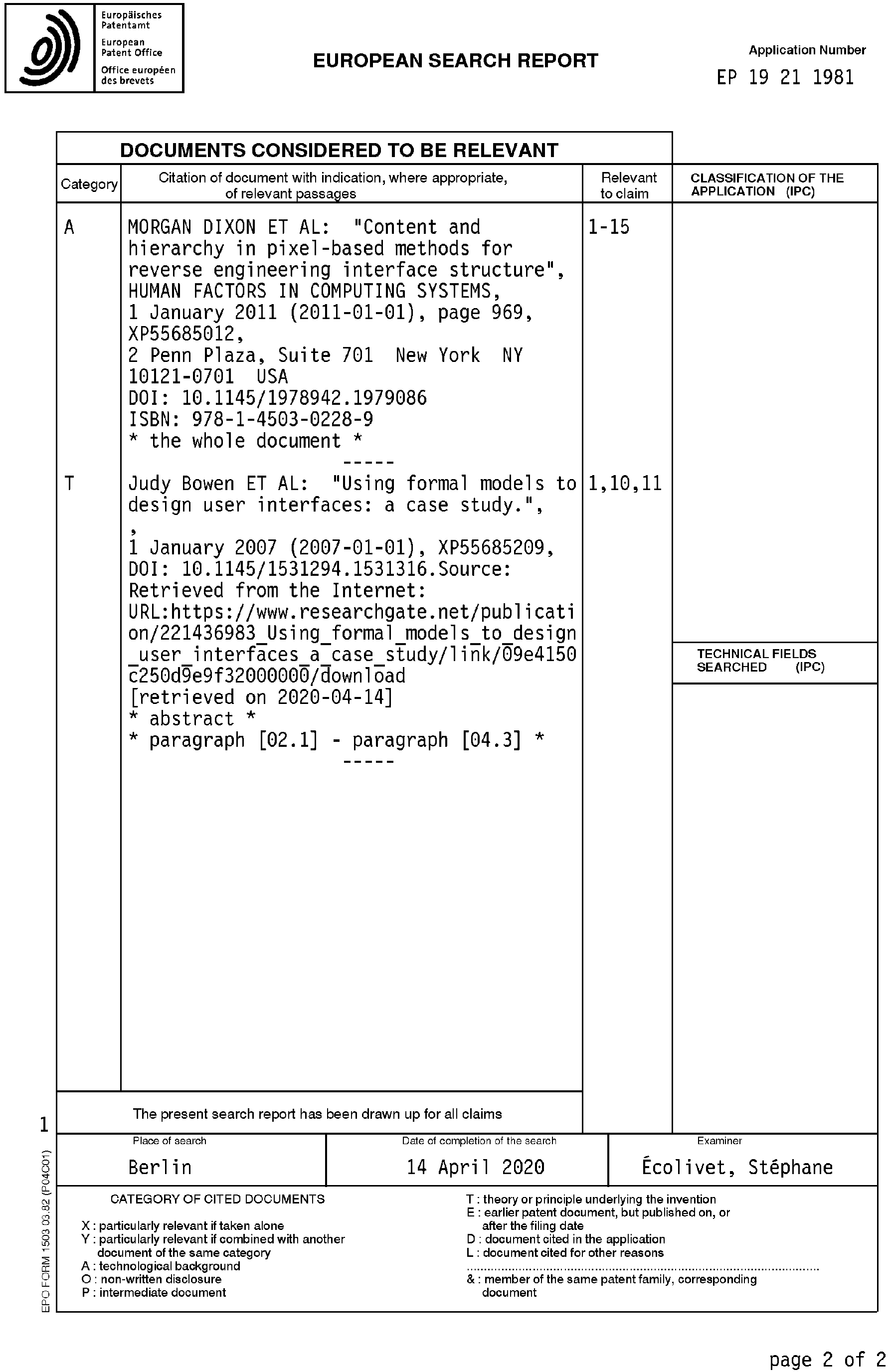