[0001] The present invention relates to a method for planning a restorative dental treatment for a patient as well as the implementation of a computer program for this method and a machine-readable data carrier on which such a program is stored.

State of the Art

[0002] Currently, orthodontic treatments and restorative care of the teeth are usually performed as medically independent treatments offered on the one hand in an orthodontic practice and on the other hand in a dental practice. Initially in the first orthodontic treatment, the position and orientation of the existing teeth are corrected. Independent therefrom this can be followed by a further treatment via a restorative care, whereby, for example, the shape of the teeth is corrected.
[0003] US Patent Application US 2018/0078335 A1 describes a method for the coordination of orthodontic and cosmetic dental treatment, wherein first an orthodontic treatment plan for the correction of a false bite is created. Based on the degree of partial correction of the false bite, a portion of the tooth is determined for cosmetic care and then the tooth is moved accordingly before the cosmetic restorative treatment is performed.
[0004] The international patent application document WO 2009/048475 A1 discloses a similar procedure method for the development of a treatment plan for the teeth, simulating orthodontic treatment on the basis of a virtual model of the patient's dentition. A subsequent tooth replacement treatment is also simulated, taking into account a so-called restorative parameter, which can be, for example, the volume of the tooth material to be removed.
[0005] In the case of a change in tooth shape, veneering of the teeth is often performed by using so-called veneers. A veneer for the teeth is formed by a very thin, translucent ceramic shell and is applied with special adhesive to the tooth surface, especially in the area of the anterior teeth. For the application of conventional veneers on the teeth, a thin layer up to about 1 mm is usually removed from the enamel before a mold is made for the production of the veneers. The bonding of the ceramic of the veneer with the tooth is usually done with a composite plastic adhesive. Recent techniques in the production of veneers allow the production of veneers with significantly lower material thickness. These so-called non-prep-veneers can be applied without preparing the tooth surface, i.e. directly on the hard substance of the tooth without prior grinding of the tooth. A preparation in the interdental areas is usually not required to apply the veneers.
[0006] The invention has the object of improving the restorative care of the teeth, in particular the dental material of the patient should be conserved.

[0020] Figures 1 to 3 show three stages of the restorative dental care according to the method of the invention.

[0021] Figures 1 to 3 show the various stages of a restorative care of the teeth, which is digitally planned with the method according to the invention. Fig. 1 shows the arrangement of the teeth after a successful orthodontic tooth movement, with small interdental spaces are present or were generated by the tooth movement, which are required for a substantially preparation-free attachment of veneers. This tooth set-up is planned digitally in advance with the method according to the invention in order to provide the space required for restorative care. Fig. 2 shows the attachment of the veneer on the teeth, in particular on the anterior teeth. Fig. 3 shows the final result with attached veneers. The digital planning of this restorative care within the framework of the inventive process has the particular advantage that, especially in the case of non-prep veneers for the restorative care, no or substantially no grinding of the natural teeth is required because the space required is provided by the orthodontic tooth movement. The planned target of the orthodontic tooth movement takes into account the material wall thicknesses of the restoration material, so that the subsequent restorative care can be provided without preparation.
[0022] By visualizing possible treatment plans with and without the involvement of orthodontic tooth movement, the different results can be directly compared with each other before starting treatment. For example, it can be simulated to show what the result looks like with preparation-free restorative care with tooth movement compared to a restorative dental care with preparation and if applicable, without tooth movement. In addition, it can be visualized comparatively what result an orthodontic tooth movement without restorative care may be achieved. By such an increased prognostic security before the start of the treatment, the attending dentist and the patient achieve better predictability and an increased probability of occurrence of the target, since in this way the target can be made completely visible before a start of treatment.
[0023] The inventive method can also be used, for example, for the planning of an orthodontic treatment, by providing a final result of treatment without and with restorative final care as a decision-making aid for the selection of the treatment plan for the attending dentist and the patient. In addition, it can also be simulated to show what, in the case of a restoration, the final result will look like when it is done with and without preparation of the repositioned teeth. The calculation of the restorative parts of the converted teeth can be done manually, for example, a virtual manual preparation in the digital model is possible. Alternatively, the calculation of a required preparation can also be automated by taking into account, in particular, the space requirement for minimum wall thicknesses of veneering material. Thus, a manual or an automated variant of preparation planning can be realized on the basis of a planned orthodontic tooth movement or a planned orthodontic treatment.
[0024] At the end of the day, even if a chewing situation is completely free to be redesigned, the user could check the result of a combination of orthodontics and restorative care to see whether the planned goal is even achievable or how large the respective treatment shares must be in order to reach the planned target.
[0025] The described method is particularly suitable as an extension of a restoration proposal calculation, for example in the context of bio jaw technology, whereby the final arrangements of the teeth attainable by the tooth movement are incorporated in the proposal calculation for the restorations. In addition, the described method can also be used or implemented as an extension for a teeth arrangement planning within the scope of an orthodontic treatment, in that the restorative care is incorporated in the planned end position of the teeth in order to minimize a preparation requirement of the teeth. By automated combination of both techniques, restorative care and orthodontic care, end situations can be calculated automatically or, if necessary, manually planned, which cannot or can only partially be reached in case of a sequential application or a restriction to one of the two treatment methods. Above all, the method described can be used in the course of visualizing the treatment results or the possible variants of treatment results in order to serve as a decision-making aid for the concrete planning of the treatment. By comparing outcomes taking into account potentially different shares of restorative care and orthodontic tooth movement, it may be decided which treatment method or combination of treatment methods is most appropriate for the patient. In addition, the method can also be incorporated directly in the preparation planning. 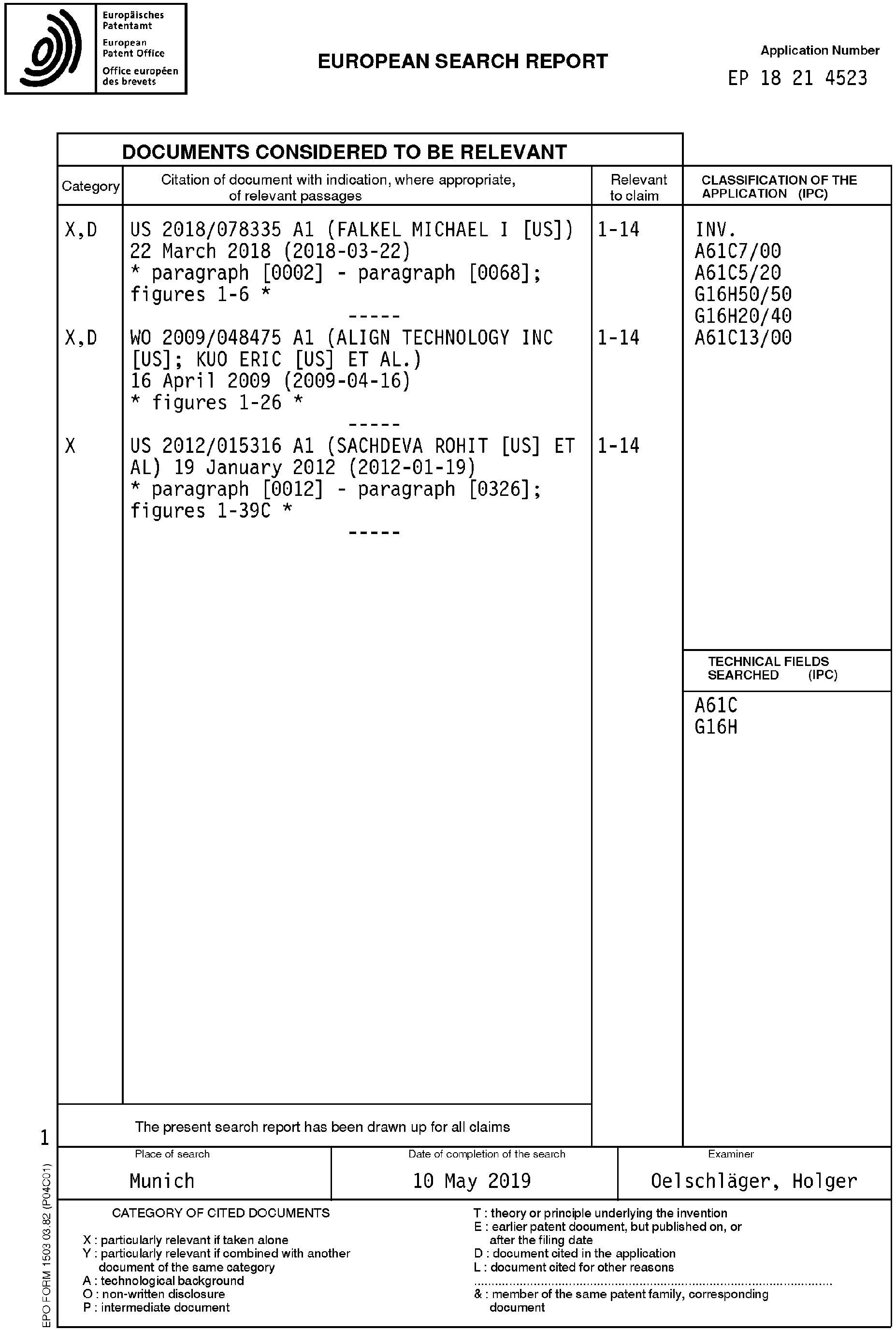 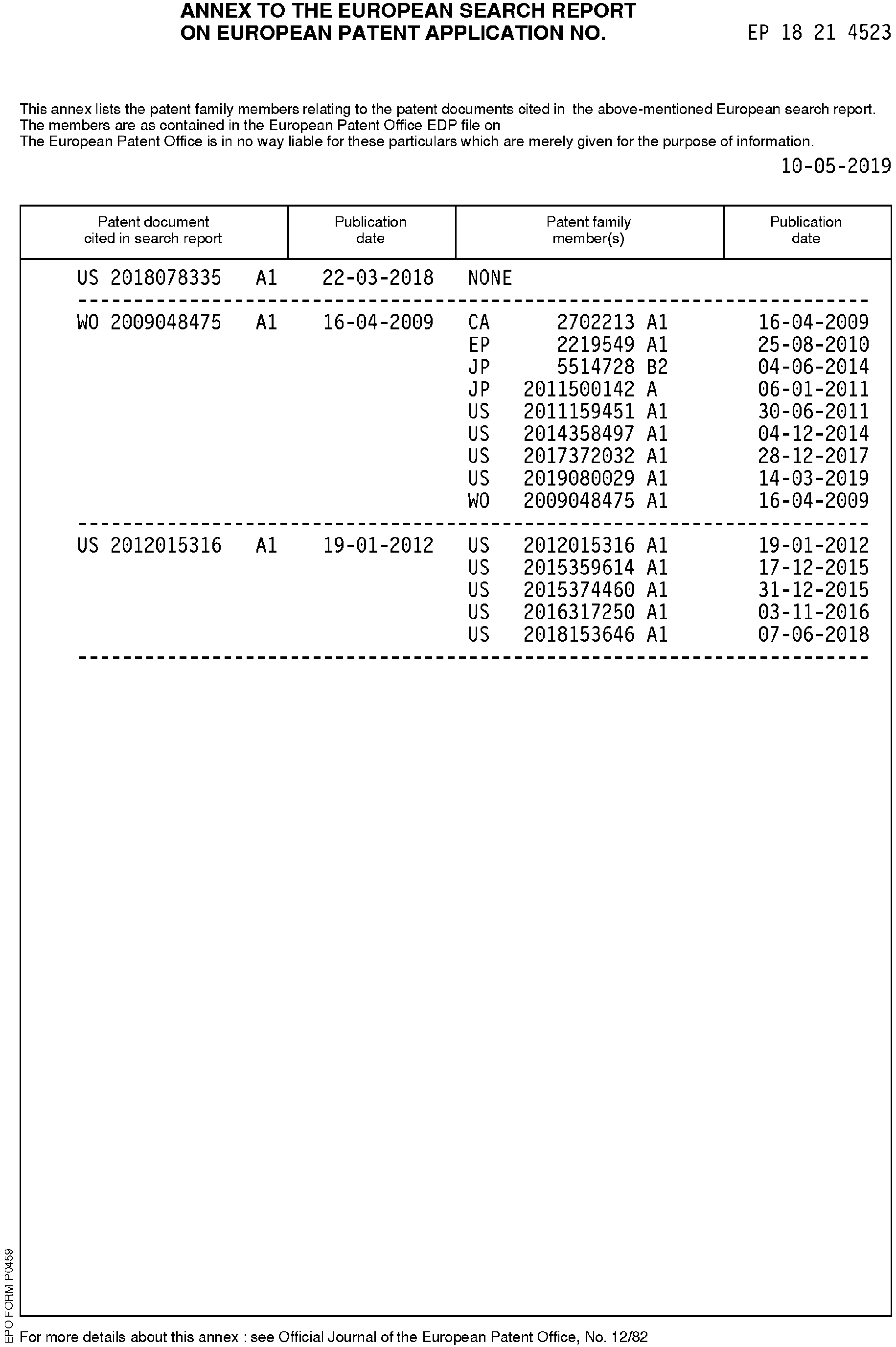