[0001] The present invention relates the production of cellulose filament yarns or fibers, namely to process steps within a production process relating to dewatering (such as removal of washing liquid / coagulation bath residues etc.).

[0021] Accordingly it is the object of the present invention to provide a process enabling the reliable liquid removal from lyocell filaments and of lyocell multifilament yarns with a high quality at very high production speeds with a process control making the overall process commercially viable.

Brief description of the Invention

[0022] Accordingly, the present invention provides the process as defined in claim 1. Preferred embodiments are given in claims 2 to 10 and the specification.

Brief description of the Figure

Detailed description of the Invention

[0024] The limitations of the state of the art have been overcome by the invention disclosed herein. Namely the present invention provides a process for liquid removal from lyocell filaments and lyocell multifilament yarns as defined in claim 1. The present invention will be described in detail referring to the required process control in relation to the relevant process steps and paramters to be employed. It is to be understood, that these process steps and their respective preferred embodiments can be combined as appropriate and that the present application covers these combinations and discloses same, even if not explicitly described herein.
[0025] The inventors have determined, that for productions velocities of 400 m/min or more a desired process control, enabling a good liquid removal from a filament bundle or multifilament yarn can be achieved, without requiring the use of wiping, squeezing or stripping devices, if the filament bundle or multifilament yarn is guided around a roller under specific conditions. These conditions ensure that a vast amount of liquid is removed from the bundle/yarn, even if entrapped in between different filaments within the bundle/yarn or within the filament itself. This is important, as the efficacy of any washing process requires that not only undesired materials are removed from the surface of the filaments but also from within the filament. This requires a good removal of as much liquid as possible, for the initial removal of coagulation bath liquid to any subsequent removal of washing liquid (typically water). Only if a very high proportion of the washing liquid remaining with the filament bundle/yarn, after contact with the washing liquid, is removed, can subsequent washing steps achieve the required further purification of the product. Accordingly it is essential that the liquid removal is as efficient as possible, while not affecting the filaments formed.
[0026] Namely, for the high production velocities required (400 m/min or more) the present invention provides a means for efficient liquid removal for filament bundles/yarns of at least 40 dtex, by adjusting the specific acceleration (a_sp) of the filaments being guided around a roller to at least 296 m/s2 per 40 dtex. This specific acceleration can be described by the following equation (1):

1. A process for the removal of liquid from lyocell type-cellulose filament bundles or yarns from a lyocell spinning solution of cellulose in an aqueous tertiary amine oxide, wherein the lyocell type-cellulose filament bundles or yarns are guided around a roller under conditions so that equation (1) is fulfilled, with the proviso that a_sp is at least 296 m/s2: 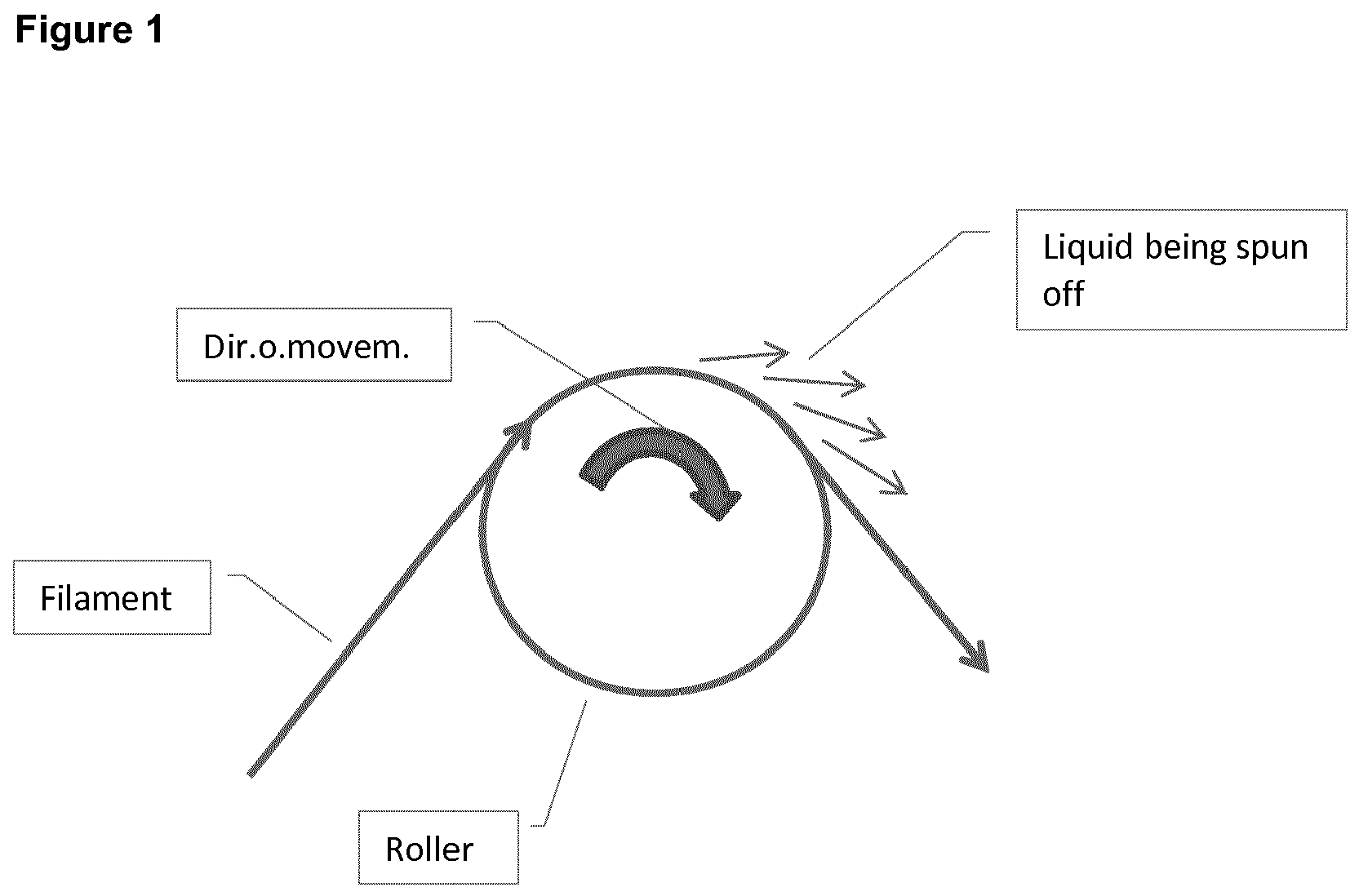 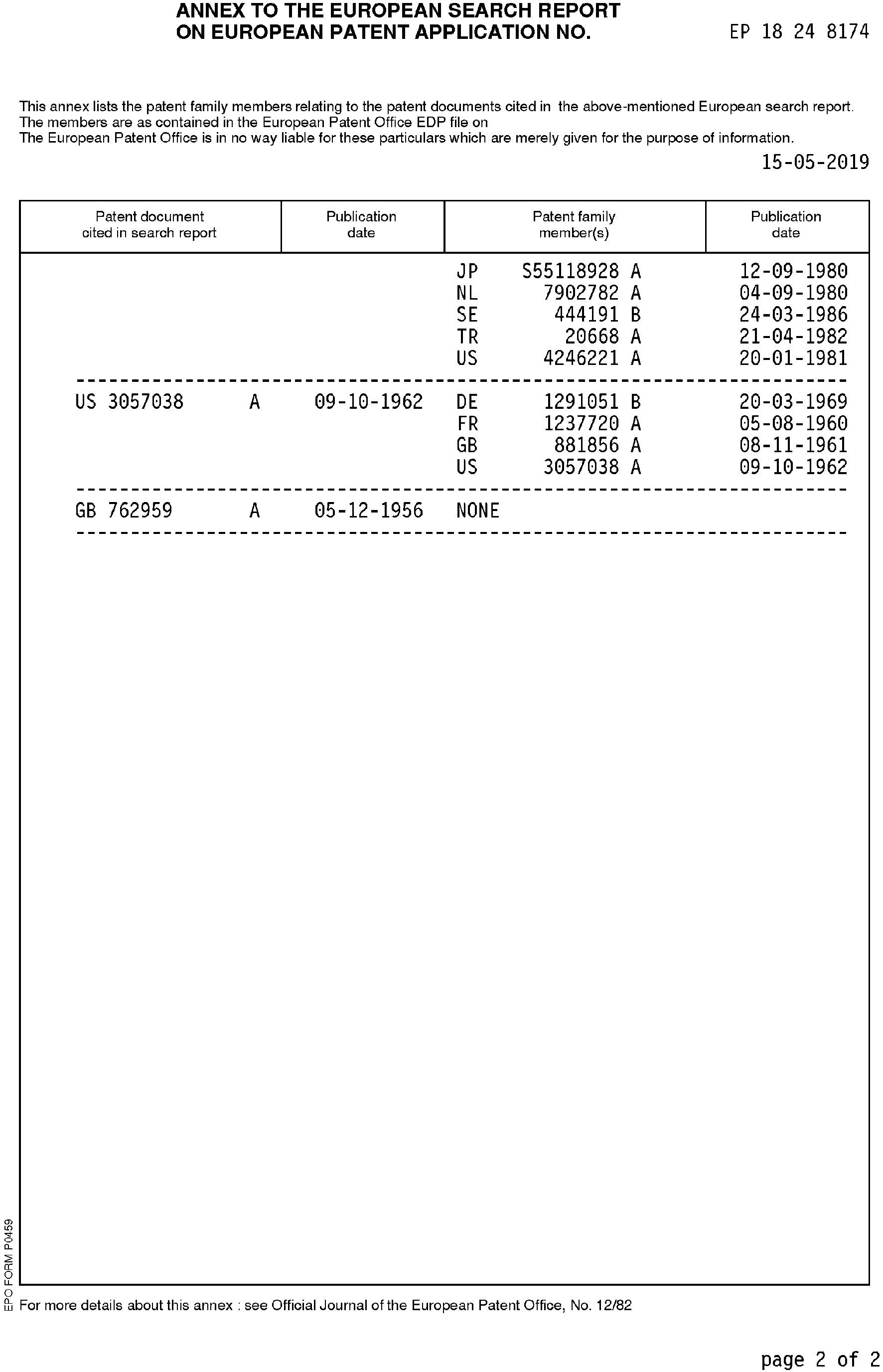