[0001] The present invention relates to a method and an equipment for suppressing discoloration of Mg containing aluminium alloys during thermal treatment of products in solid state.
[0002] Magnesium is widely used as an alloy element in aluminium alloys for all kind of manufacturing processes, e.g. extrusion, rolling, forging and casting. For extrusion and rolling the molten metal alloys are commonly solidified as products represented by extrusion billets and sheet ingots, respectively. Regarding casting, the products are commonly produced by solidifying the molten metal alloy in casting molds. In case of forging, the input material is a cast material that in some cases are pre formed (by e.g. extrusion) in order to achieve at the desired pre shape.
[0003] One problem regarding products of magnesium containing aluminium alloys is that they are prone to obtaining a surface discoloration after some kind of thermal treatment. It is believed that this is due to an oxidizing reaction of the magnesium in the alloy that has migrated to the product surface with the oxygen in the surrounding air. It has been observed that such oxidizing influences the surface of the product and in particular the color thereof. Dark spots can appear on the surface of the product or the surface color can be dark in its entirety.
[0004] This may cause rejections or scrapping due to non-compliance with established quality standards and may also cause malfunctions in process equipment due to sensor detection failure. This is in particular valid for light, including laser, based sensor systems.
[0005] Surface oxidation or surface degeneration of solid state products of magnesium containing aluminium alloys represents a challenge and has been remedied in various manners in the prior art.
[0006] US 2,092,033 discloses thermal treatment of aluminum and aluminum base alloys to obtain protection against attack such as blistering and permanent discoloration of the metal surface. The treatment involves heating a fluorine containing compound capable of yielding a vaporous fluorine-containing product and exposing the alloy to the fluorine-containing product.
[0007] US 2885313 relates to thermal treatment of finished or semi-finished articles of aluminum-magnesium alloys to prevent subsequent atmospheric and high temperature oxidation and corrosion. The articles are coated with an organic ammonium fluoroborate which yields BF3 when heated.
[0008] US 6,881,491 B2 discloses cleaning of an aluminum alloy article to remove oxides and organic matter from a coatable surface, coated with a composition comprising an organic resin and a fluorine compound, and then heated to an elevated temperature to decompose the organic resin and at least a portion of the fluorine compound. After heating the coated surface is left with a protective oxyfluoride film that prevents blistering and hydrogen pickup and promotes hydrogen degassing from the article.
[0009] In the paper "Oxidation of rolled and flash anodized 3000 aluminium in air, nitrogen, oxygen and carbon oxide atmospheres", Darcy Stevens et. al., Materials Science Forum Vol. 693 (2011) pp 63-70, it is reported investigation of thermal oxidation of a flash anodized surface versus an untreated rolled surface of a 3000 AI sheet rolled alloy. Tests have been carried out in several atmospheres such as 100% CO2, 50% CO2-50% air, 10% CO2-90% air and 100% air, where the flash anodized samples had lower mass gain for 10% CO2-90% air, indicating that a low amount of CO2 may reduce the rate of oxidation of this kind of article. This effect was not indicated for the non-anodized sample, i.e. the rolled 3000 aluminium sample.
[0010] In the prior art, several publications disclose that oxidation of Al-Mg alloys in a molten state can be suppressed in environments having mixtures of CO2 containing gases.
[0011] In the paper; C.N. Cochran et al. "Oxidation of Aluminum-Magnesium melts in Air, Oxygen, Flue Gas, and Carbon Dioxide", Metallurgical Transactions B, Volume 8B, June 1977-323, it is disclosed application of a protective gas above an aluminum melt containing more than 5% Mg, where the protective gas has a CO2 concentration above 20%.
[0012] WO2008/103802A1 discloses passing a carbon dioxide containing cover gas comprising at least about 5 volumetric percent up to 100 volumetric percent carbon dioxide over one or more surfaces of a molten aluminum-magnesium alloy, thereby forming a protective barrier on the surface of the molten aluminum-magnesium alloy.
[0013] By the present invention it is possible to omit or reduce the disadvantages regarding surface discoloration or oxidation of magnesium containing aluminium alloy products during thermal treatment by exposing said products to a defined gas composition that suppresses or eliminates oxidation. Further, the novel gas composition represents an environmental and less-hazardous alternative to available solutions.
[0014] These and further advantages can be achieved by the invention as defined by the accompanying patent claims.
[0015] The invention will be further described in the following by way of examples and with reference to the drawings and figures where:

[0025] After casting of an extrusion billet or a sheet ingot of a magnesium containing aluminium alloy, the product is often subjected to a homogenization heat treatment in a homogenization oven. A common homogenization practice is to heat the alloy to a temperature in the range 560-590°C and keep it at that temperature between 1-5 hours.
[0026] During this treatment, CO2 gas can be injected into the homogenization oven in a manner that practically the whole surface of each individual product is exposed to a sufficient concentration of the suppressing atmosphere.
[0027] The concentration of the suppressing atmosphere is controlled by one or more sensors connected to a controller such as a PLC that controls the outlet of a CO2 source in relation to the measured value(s) and the set gas concentration. The source can be constituted by pressurized CO2 containers or tanks.
[0028] The concentration of CO2 can be adjusted to a level from 0,5 % CO2 up to 5 % CO2, where the rest is mainly natural air, at least for an electrically heated oven.
[0029] For a gas fired oven, the suppressing atmosphere can be adjusted slightly to compensate for the particular composition of the gas therein, due to the exhaust gases from the combustion.
[0030] For an induction oven, the procedure may be that the product is heated very rapidly followed by a suppressing CO2 containing gas is brought to flow onto the surface of the product.
[0031] The CO2 concentration needed to suppress discoloration can also be obtained by for instance, placing charcoal or other carbon containing combustable material in the heat treatment furnace

Practical ways of implementing the method in a casthouse 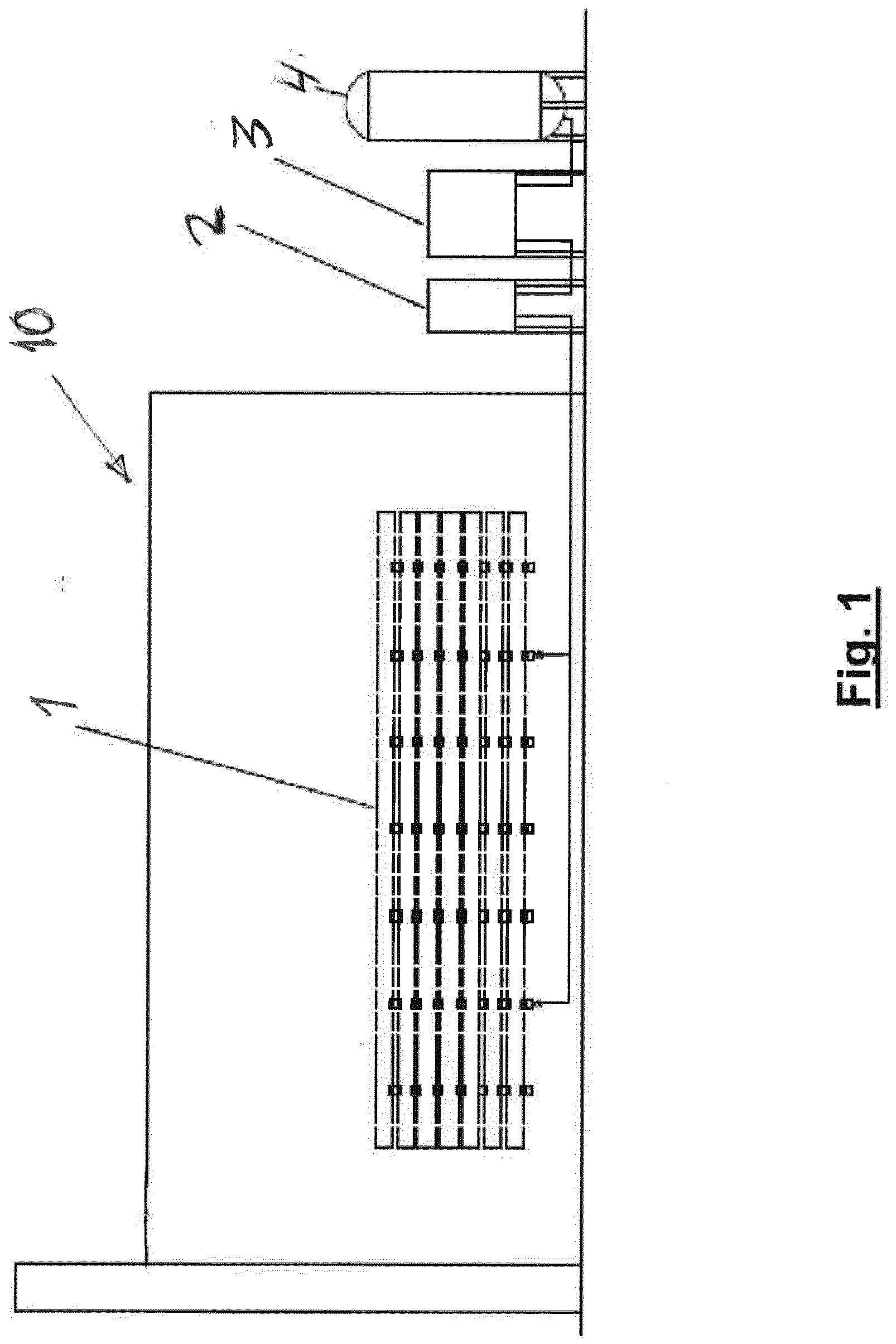 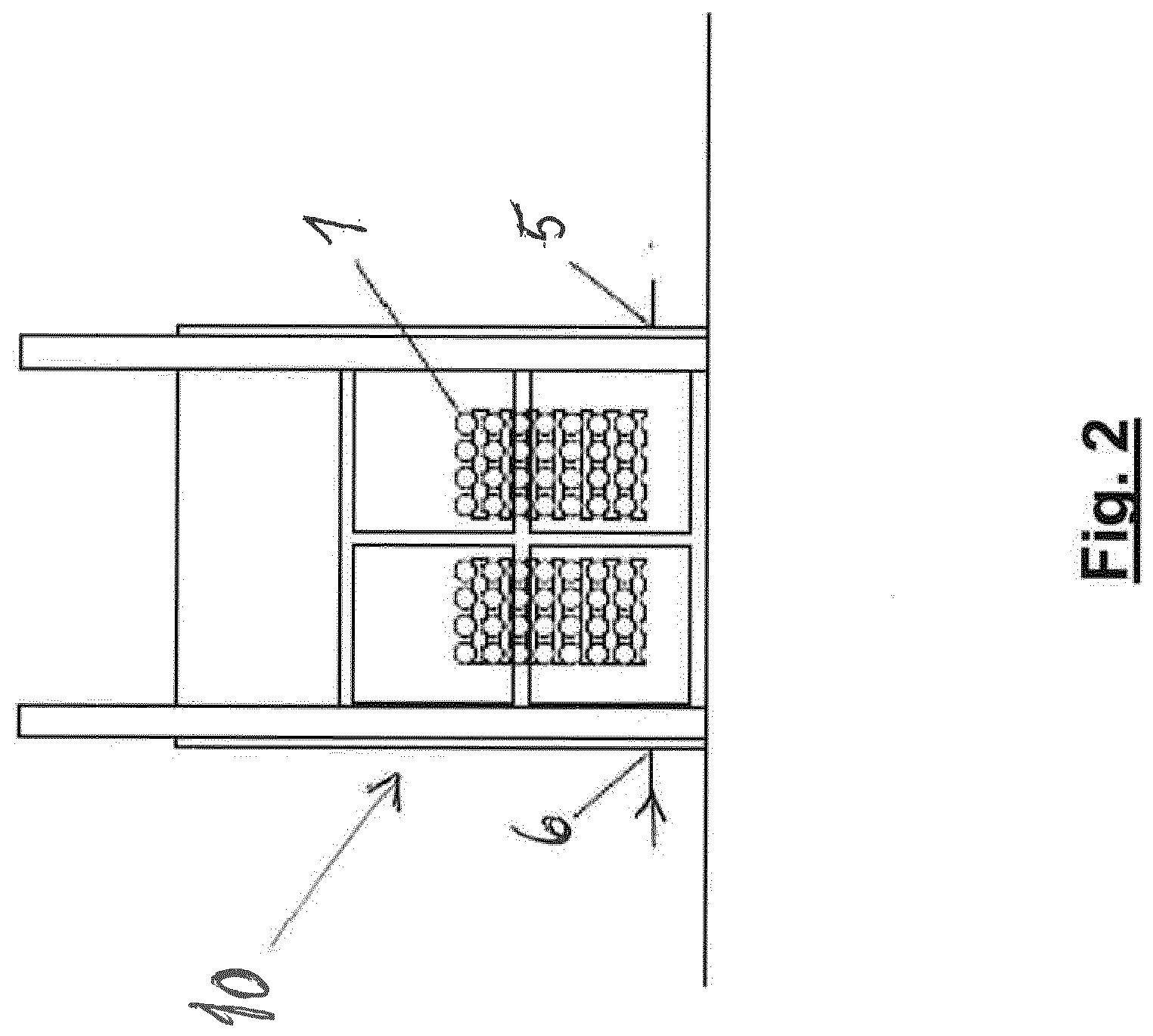 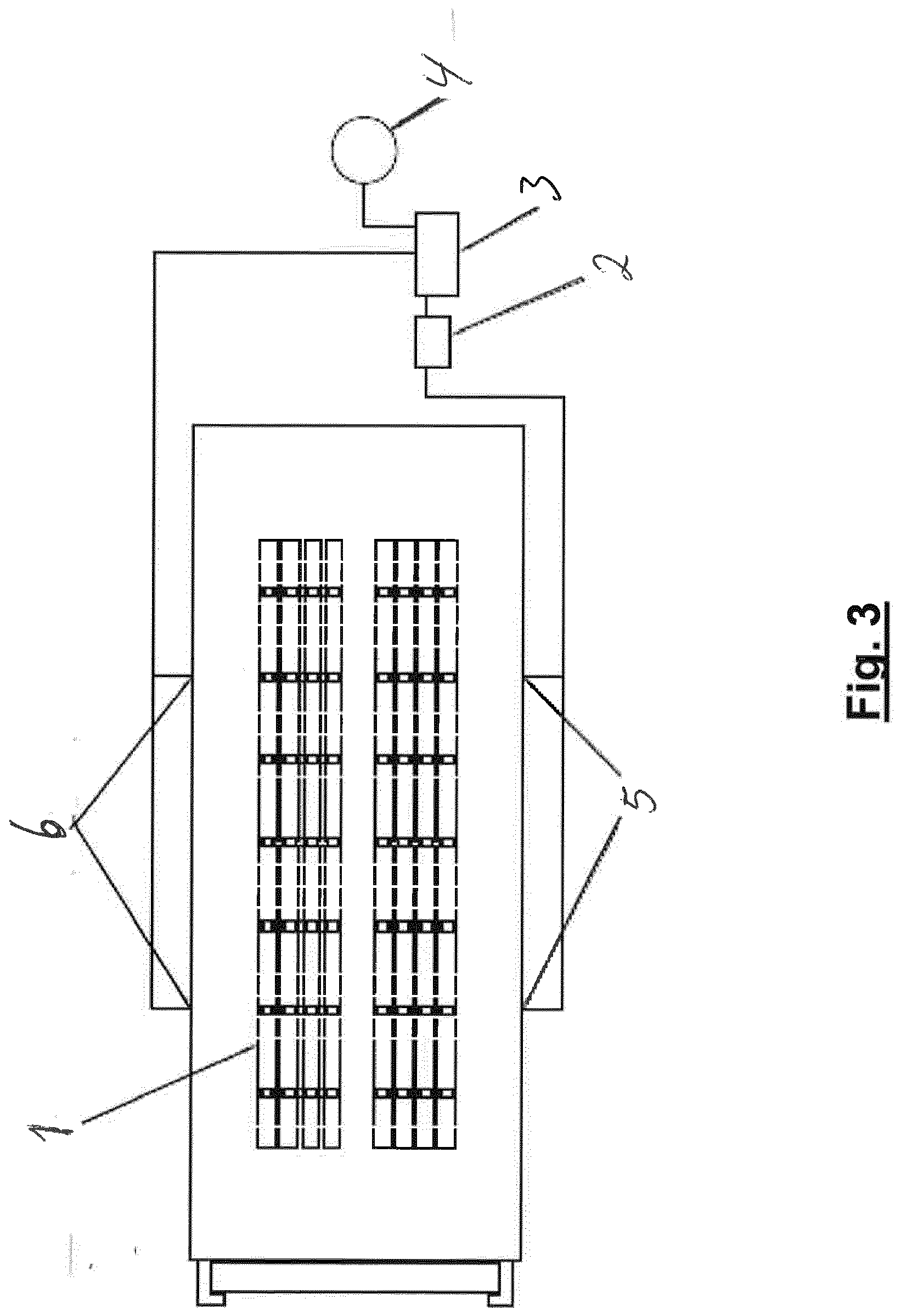 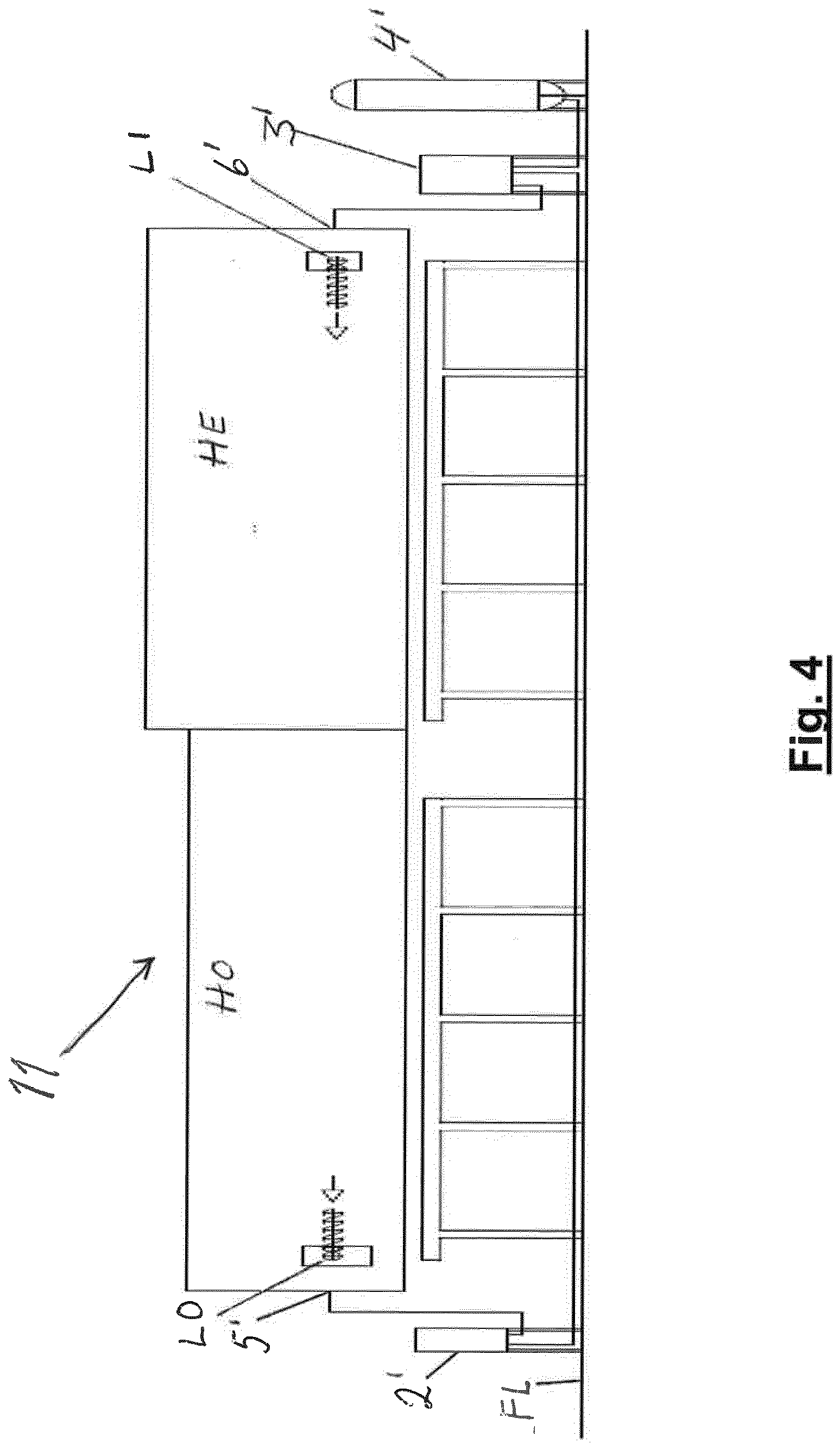 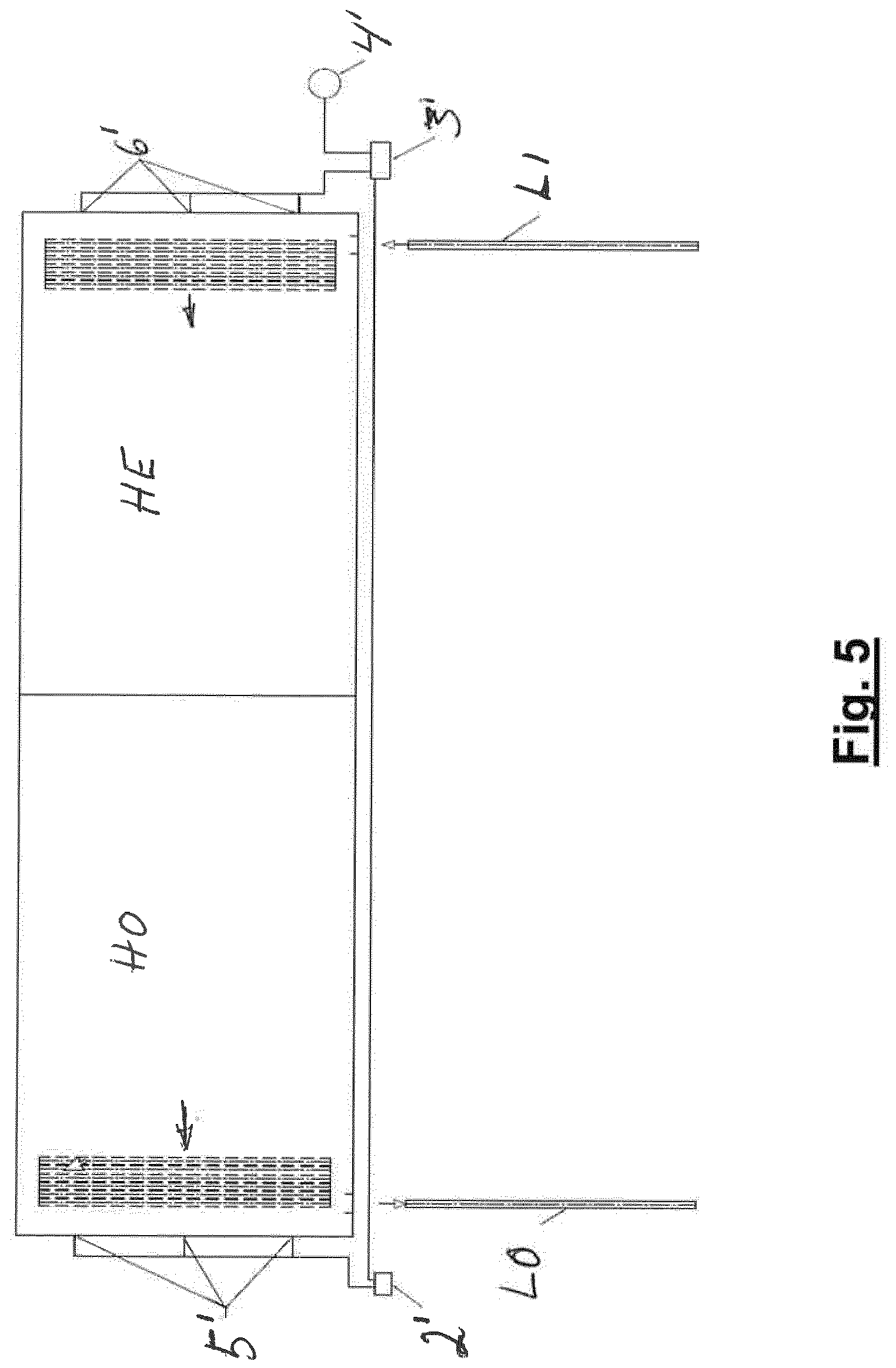 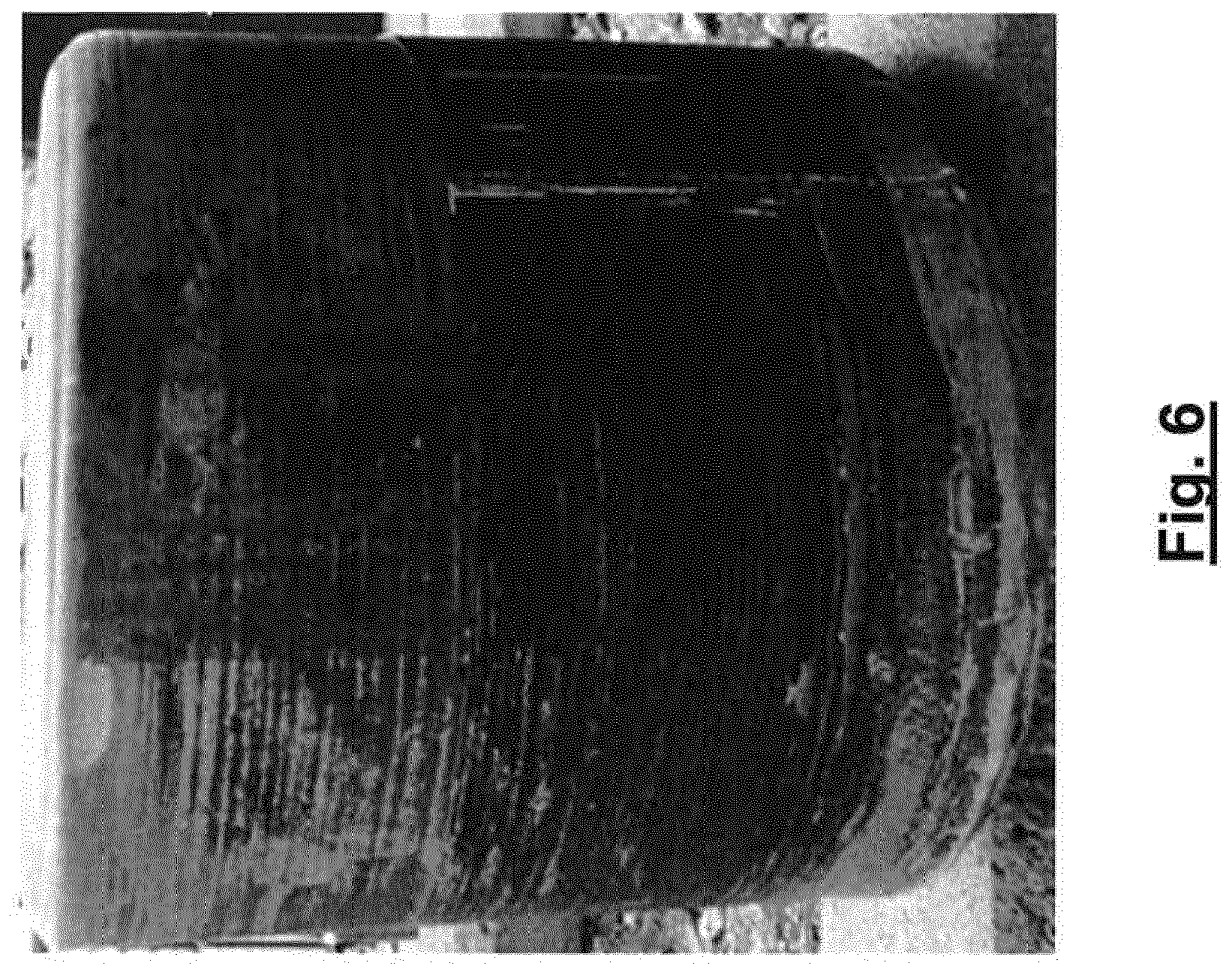 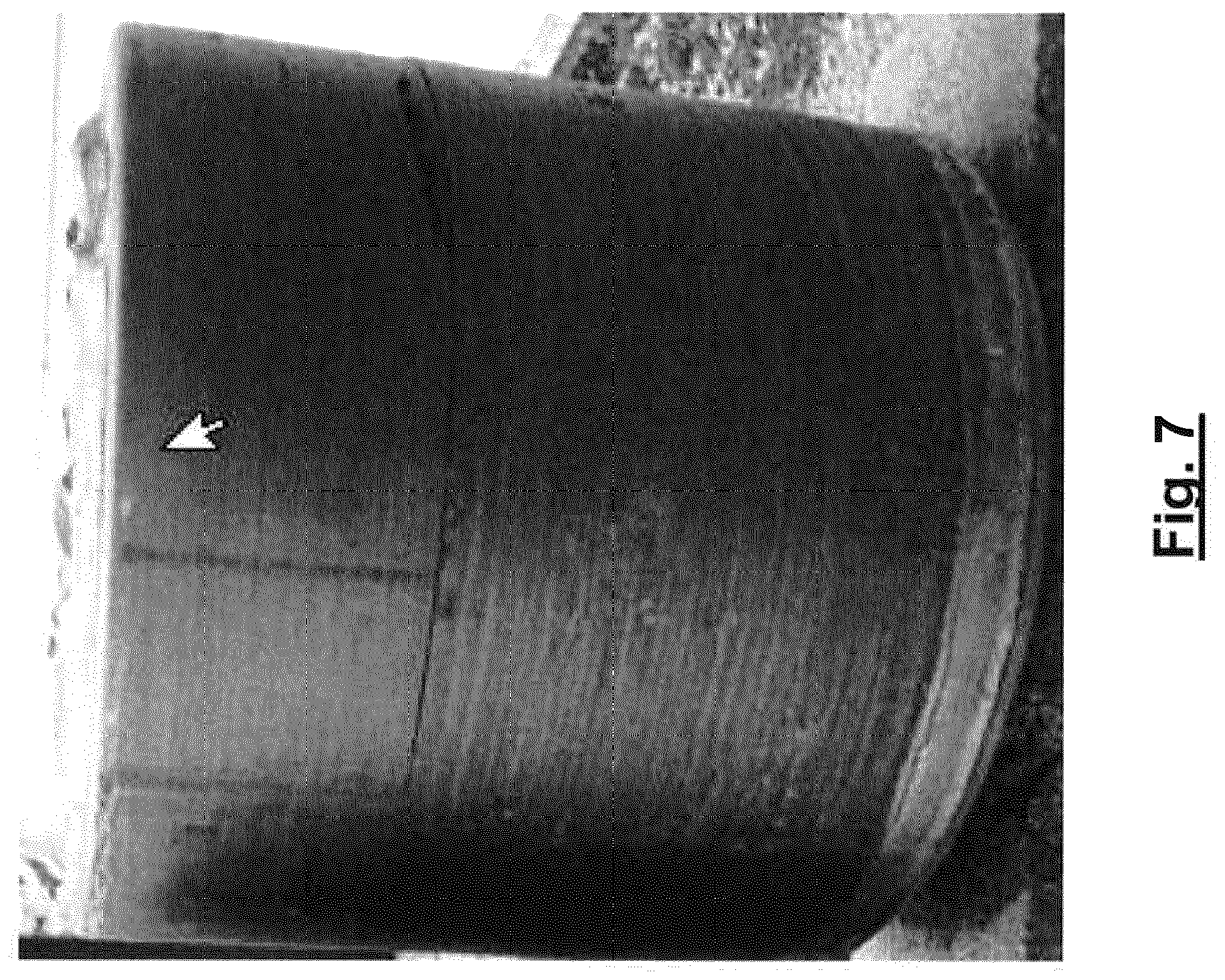 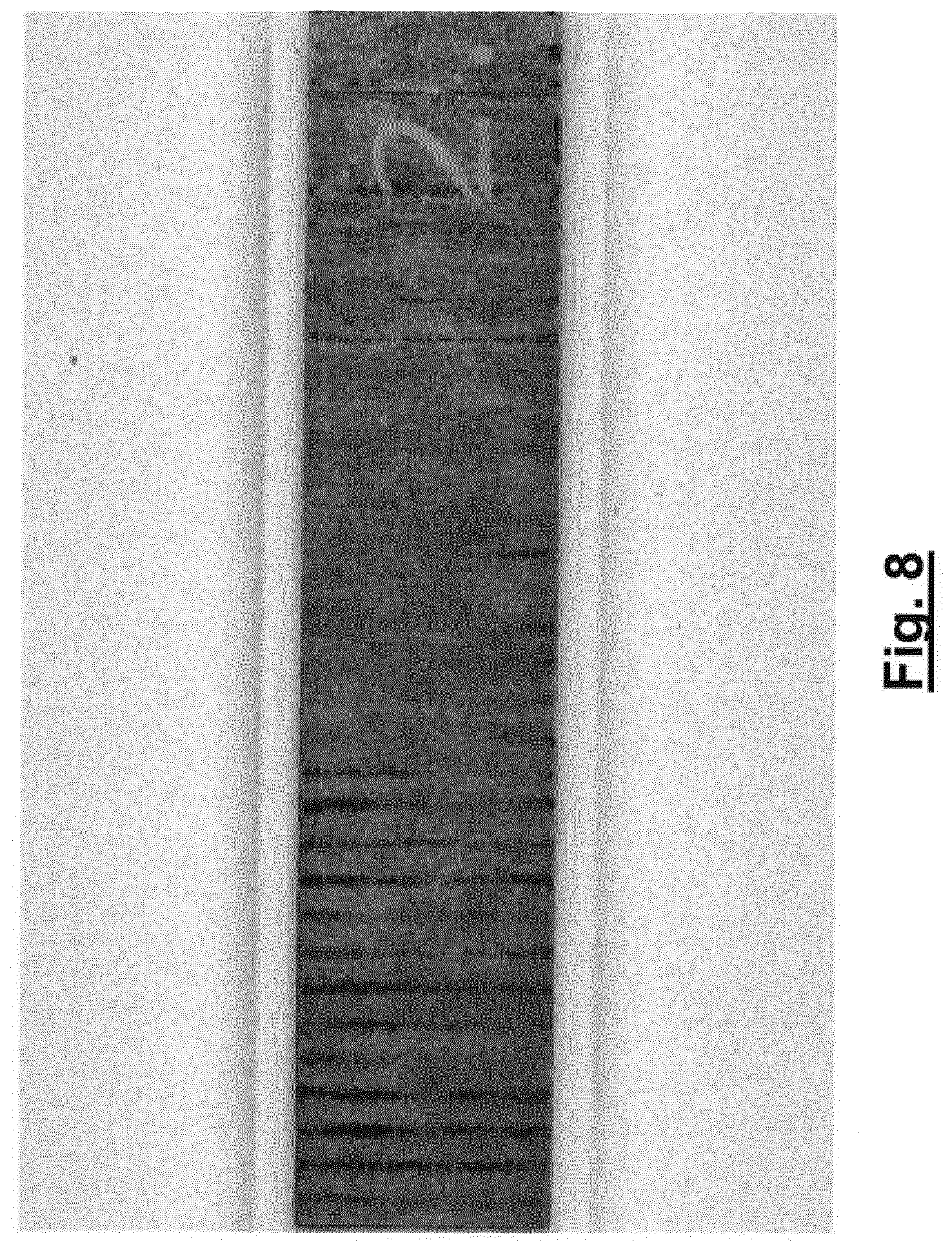 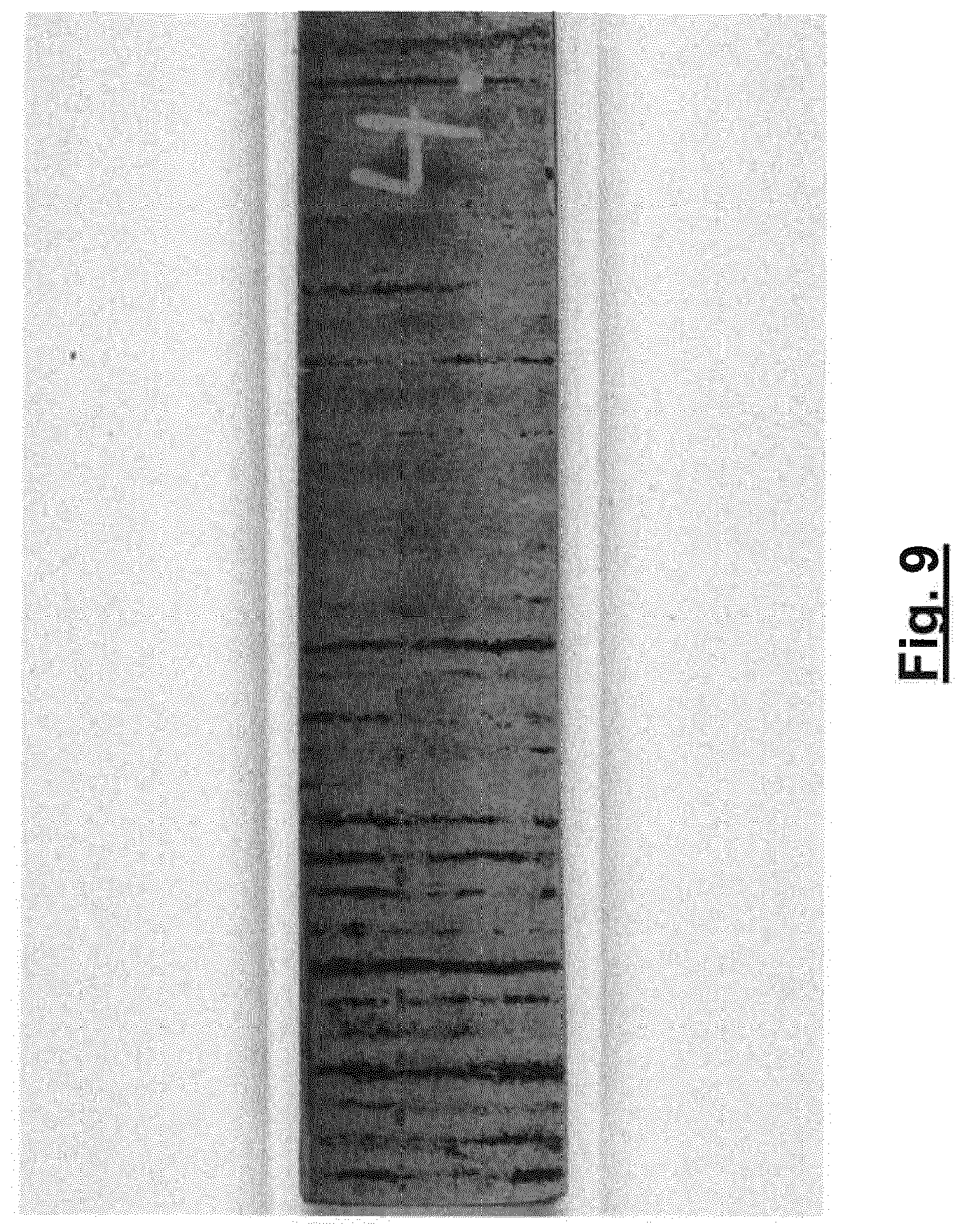 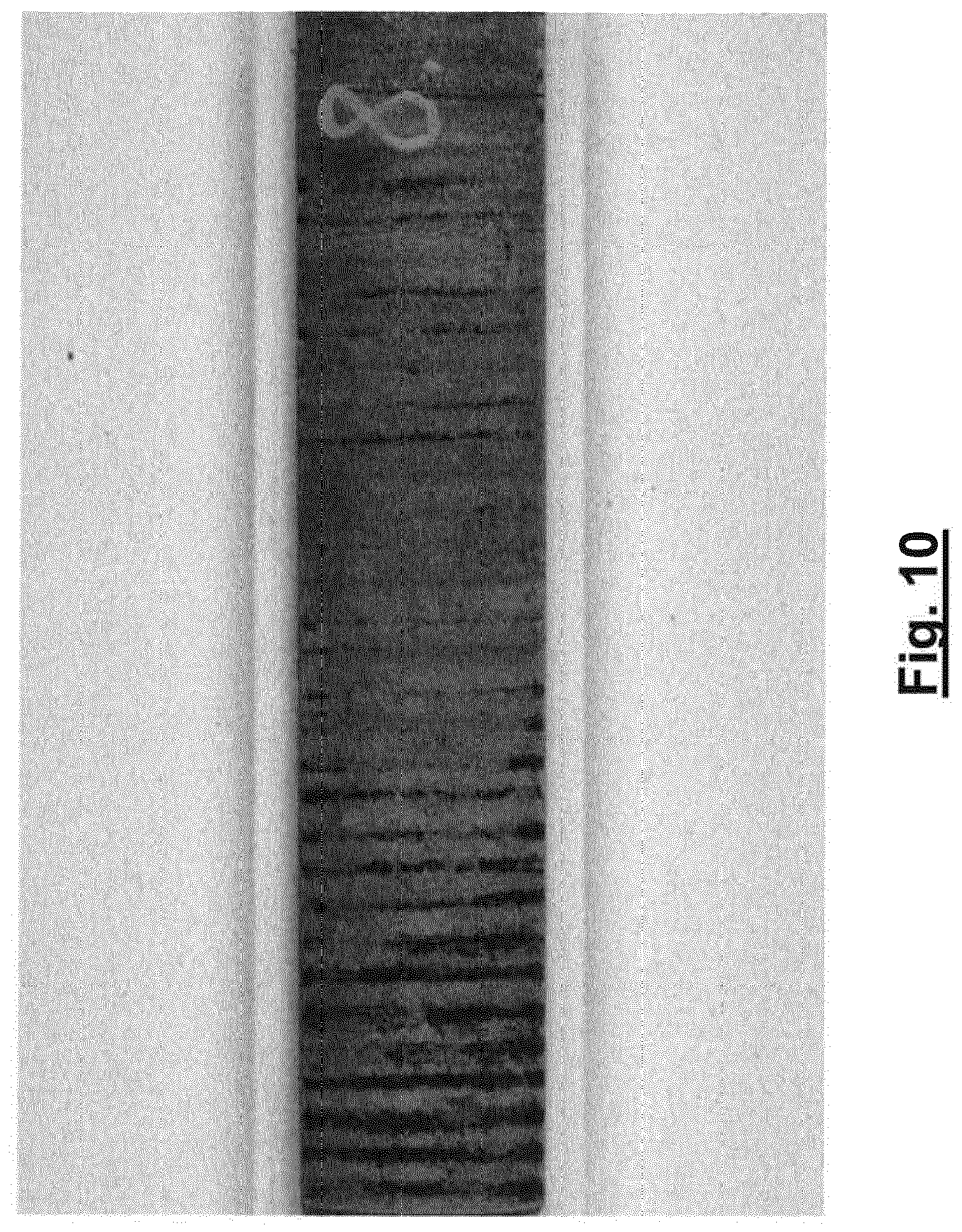 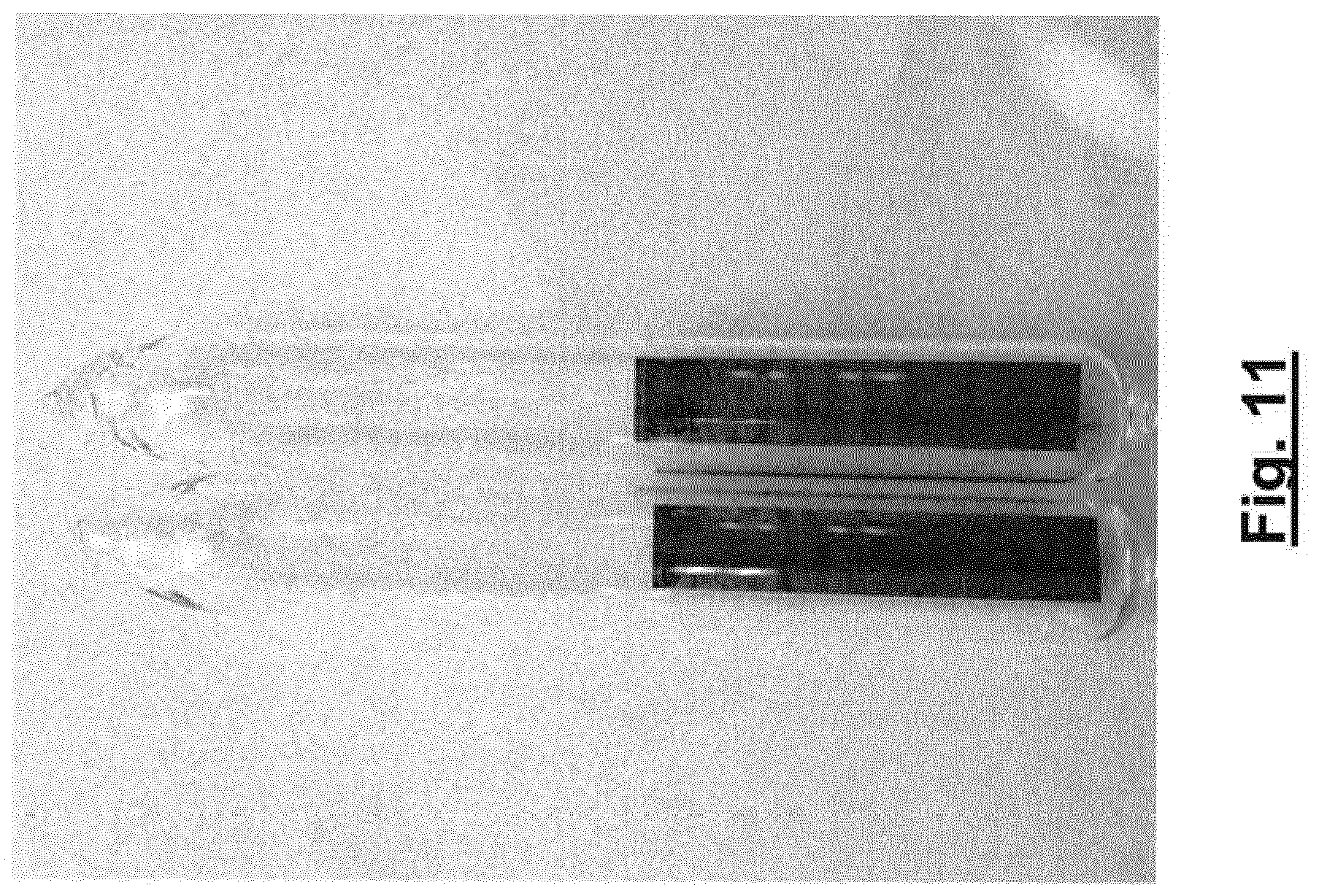 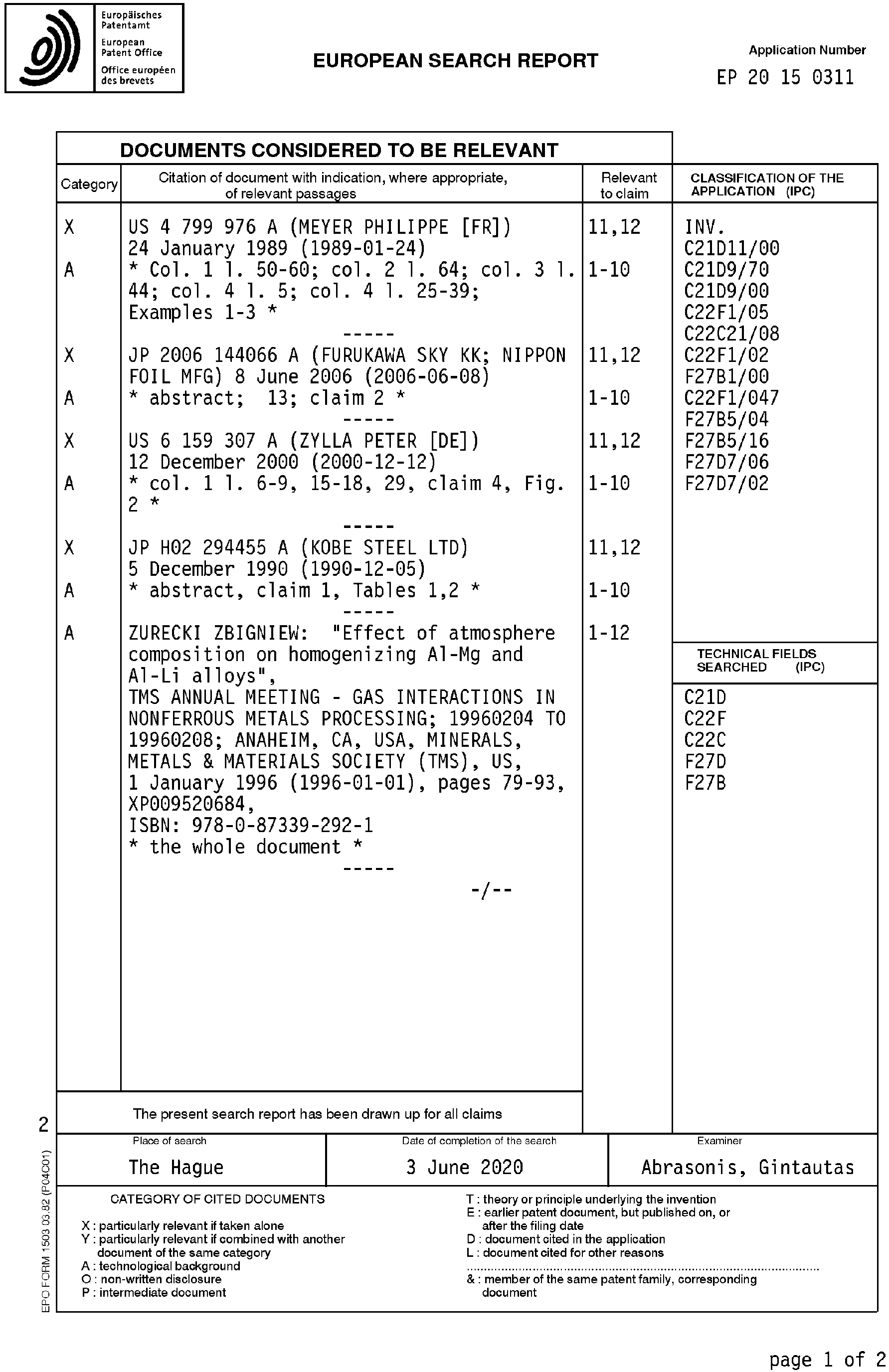 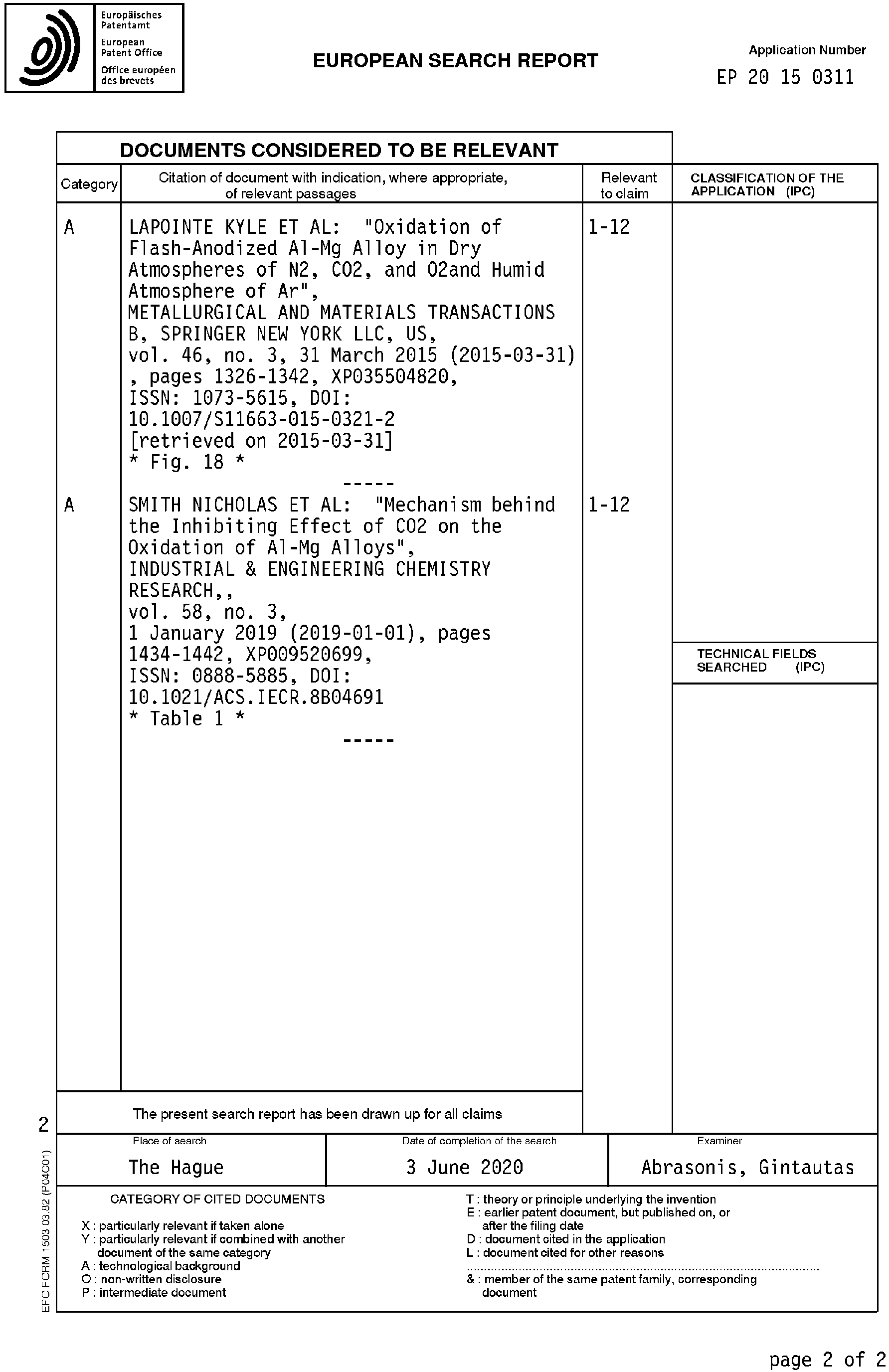 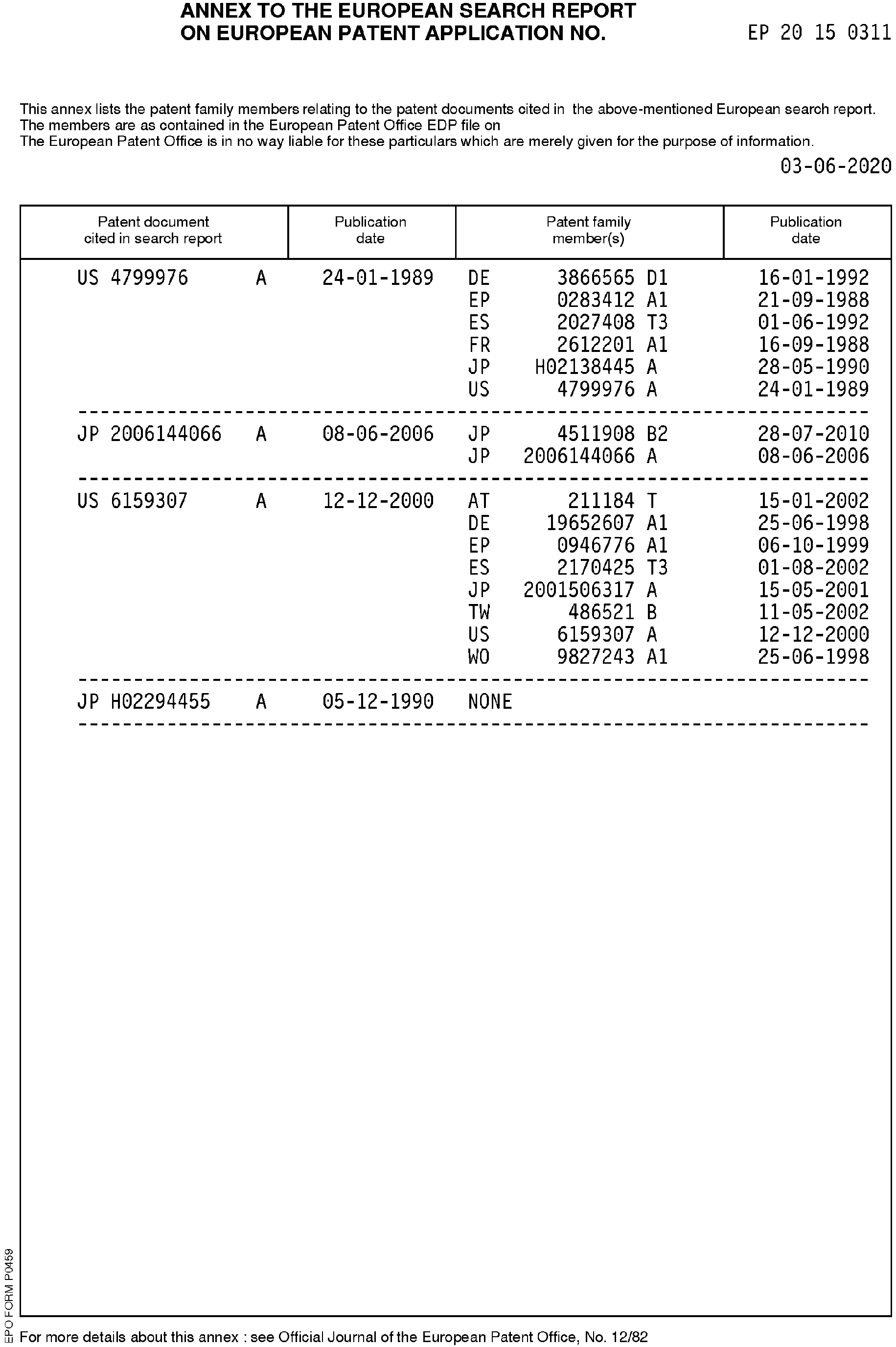