In Figure 1, an embodiment of a co-extrusion nozzle (1) in accordance with the present invention is illustrated. This nozzle comprises a concentrically arranged co-extrusion die.

Figure 2 illustrates a cross-section of an embodiment of the present invention including a multi-layered filament (3) having two parallel co-extruded layers (31,32).

Figure 3 illustrates a multi-layered filament (3), which can be produced by the co-extrusion nozzle (1) as illustrated in Figure 1.

Figure 4 illustrates yet other multi-layered filaments which can be produced according to the present invention.

Figures 5 and 6 illustrate an embodiment according to the present invention which is a hollow charge. 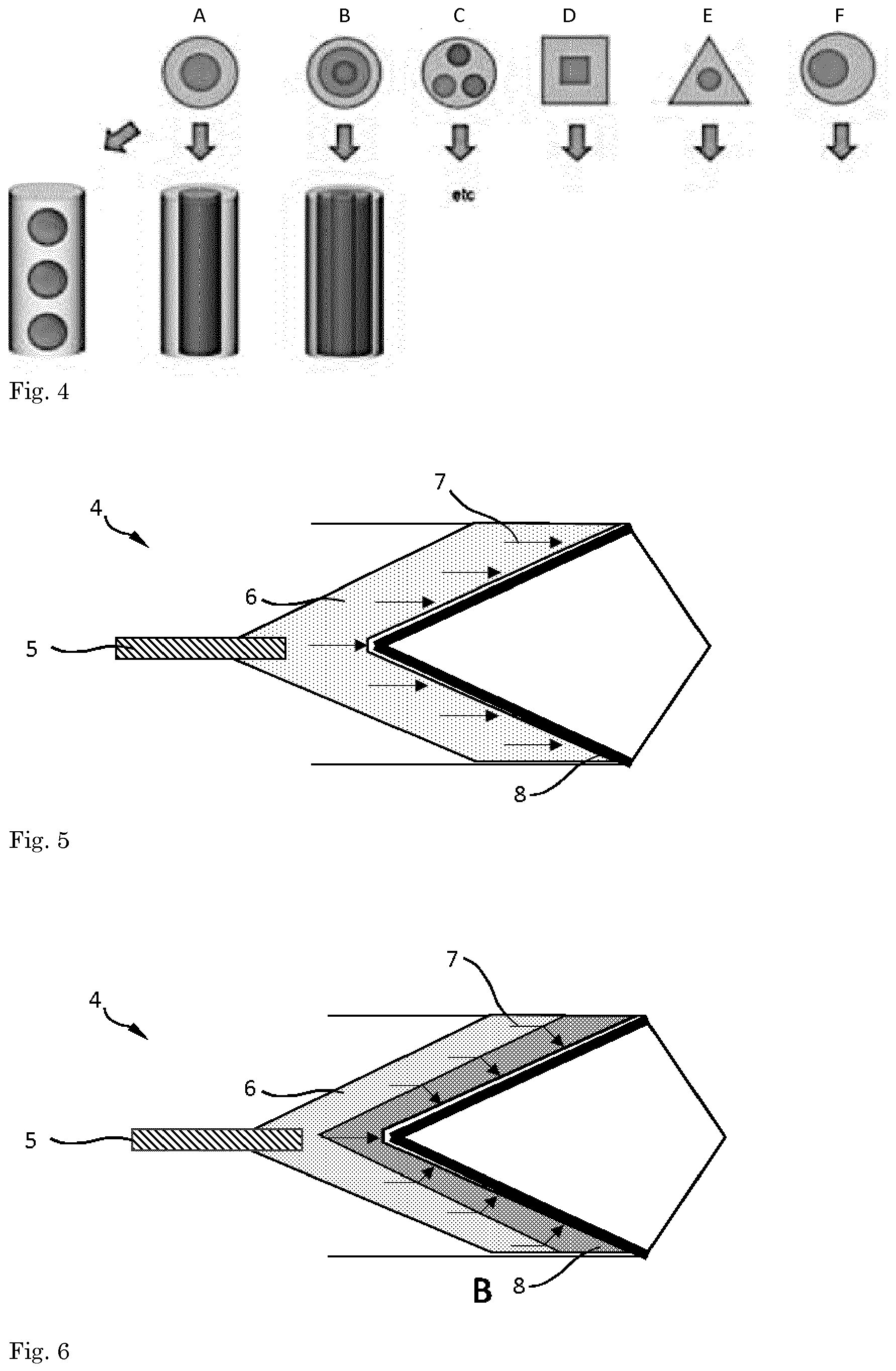 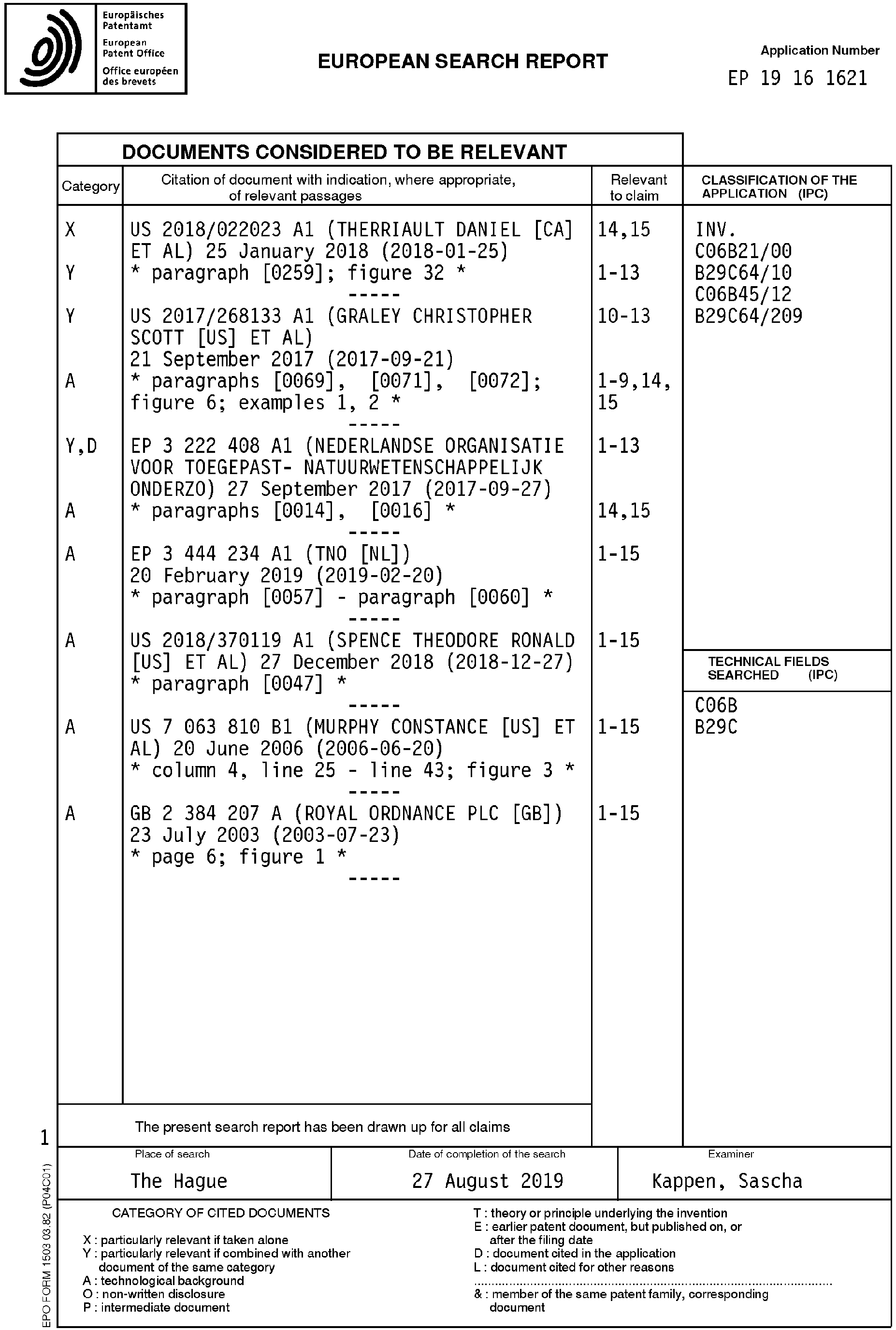 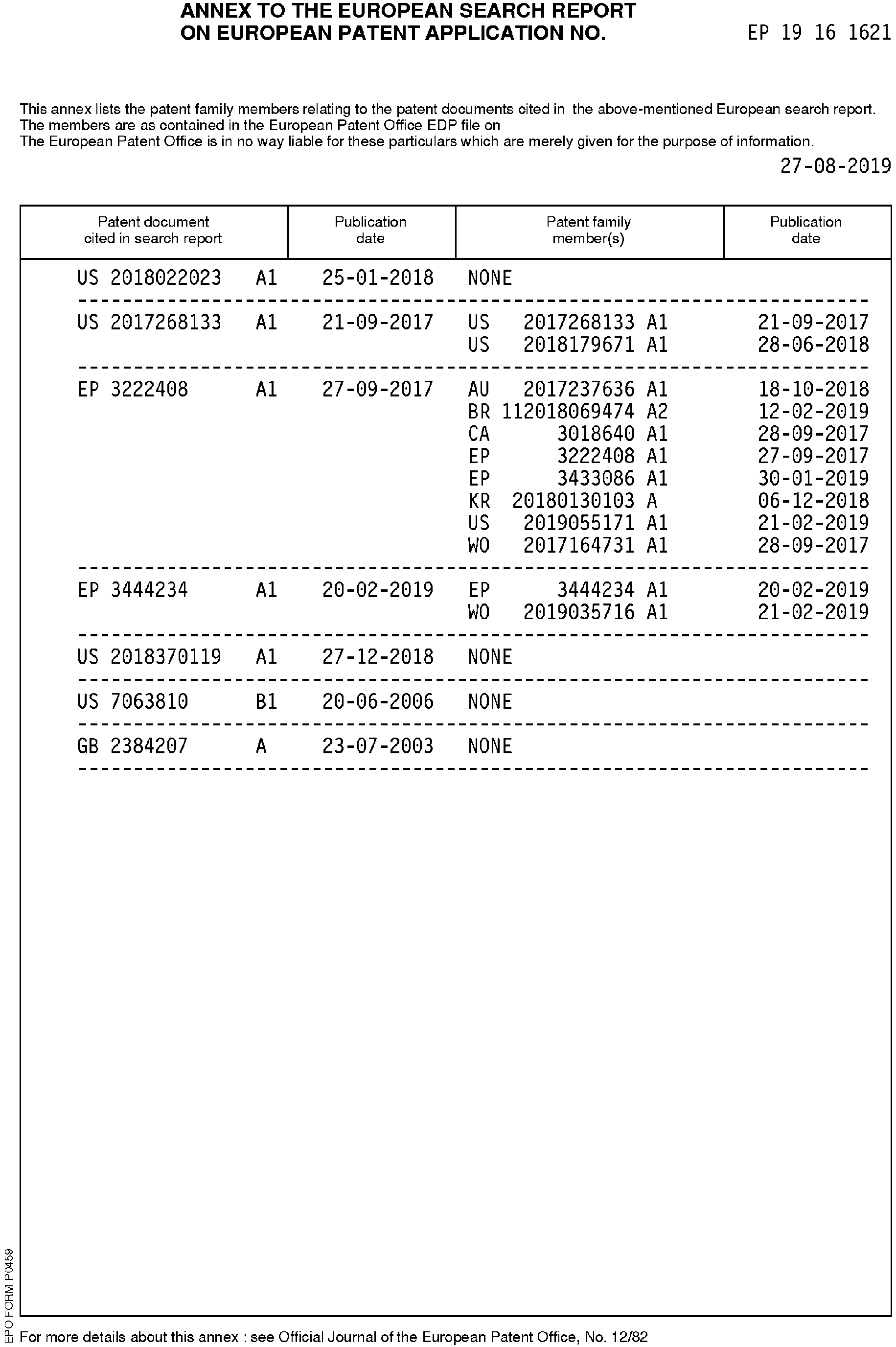