[0002] The present invention concerns a method for evaluating ageing of a three-way catalyst.

[0003] As it is known, spark ignition internal combustion engines are provided with an exhaust after-treatment system usually having a three-way catalyst (TWC). The latter is able either to oxidize carbon oxides (CO) and hydrocarbon residues (HC) or to reduce nitrogen oxides (NOx), when the engine operates within a small range of the air/fuel ratio around the stoichiometric condition.
[0004] Deviations of the air/fuel ratio from this small range can lead to a huge and fast degradation in the pollutants conversion efficiencies. In other words, if the air/fuel mixture supplied into the engine is too lean, NOx conversion drops; on the other hand, if it is too rich, the CO and HC conversion drops and ammonia (NH3) is also produced in the catalyst. Therefore, the control of this system is quite challenging, especially because of the high sensitivity to small deviations in the air/fuel ratio, that naturally occur during the operating conditions.
[0005] Besides, the pollutants conversion performed in the catalyst does not only depend on the instantaneous air/fuel ratio, but also on other parameters (e.g. temperature, oxidation level, etc.). An ideal control strategy should be able to stabilize the conditions of catalyst around its optimal condition, and to reach this optimal condition as fast as possible when external disturbances occur (e.g. transients, fuel cut-offs, misfires, etc.).
[0006] Examples of model-based control strategies have been proposed to obtain the stoichiometric operating condition in gasoline fueled engines.
[0007] As the performance of three-way catalysts decreases over time, the output data given by model-based control strategies are no more effective to control fuel supply in the engine and/or to control gas conversion in the catalyst, after a certain period of time. In other words, after such time, a mismatch appears between the output data given by the model and the real phenomena in the catalyst.
[0008] Therefore, a need is felt to evaluate ageing of the catalyst, without manual intervention on the same catalyst, so as to optimize the control performed by the above mentioned strategies on fuel supply.
[0009] More in general, an ageing evaluation is needed to emit a warning signal, especially if ageing is increasing over a given threshold.
[0010] An aim of the present invention is to meet the above-mentioned needs in a simple and economic way.

[0011] The aforementioned aim is reached by a method for evaluating ageing of a three-way catalyst, as claimed in claim 1, and by an electronic control unit, in which such a method is implemented, according to claim 14.

[0012] For a better understanding of the present invention, a preferred embodiment is described in the following, by way of a non-limiting example, with reference to the attached drawings wherein:

1. A method for evaluating ageing of a three-way catalyst for an assembly (1) comprising:

b) an exhaust after-treatment system (10) comprising a three-way catalyst (14);

- calculating a first value of a parameter that is indicative of a signal amplitude, said first value being calculated in relation to said actual output signal (U);

- comparing said first value with a reference so as to evaluate a possible ageing of the three-way catalyst.

- determining said reference as a function of said second value.

b) an exhaust after-treatment system (10) comprising a three-way catalyst (14);

d) an injection device (2) supplying fuel to said engine (2); the electronic control unit (ECU) being configured to carry out the method according to anyone of the previous claims. 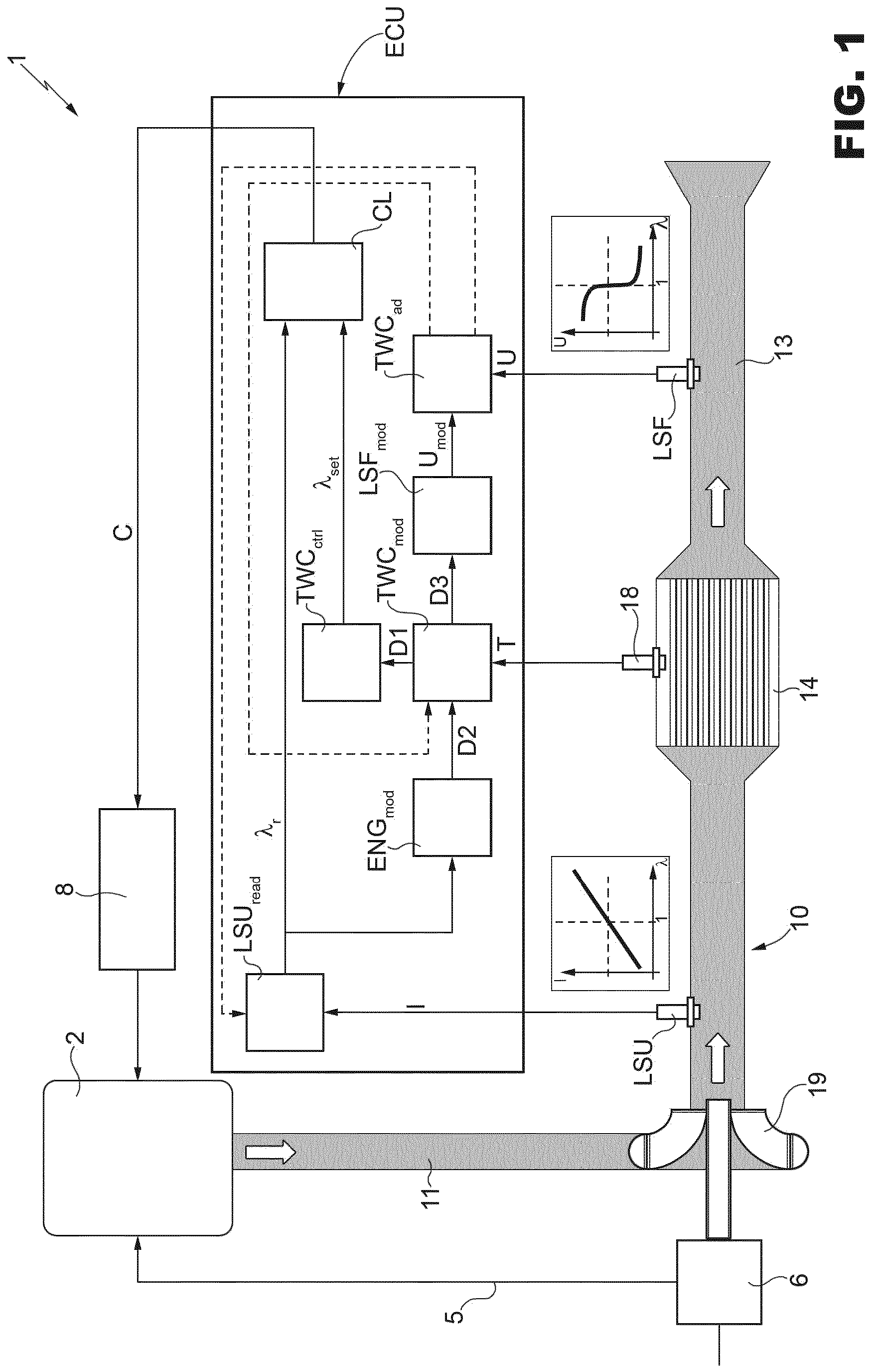 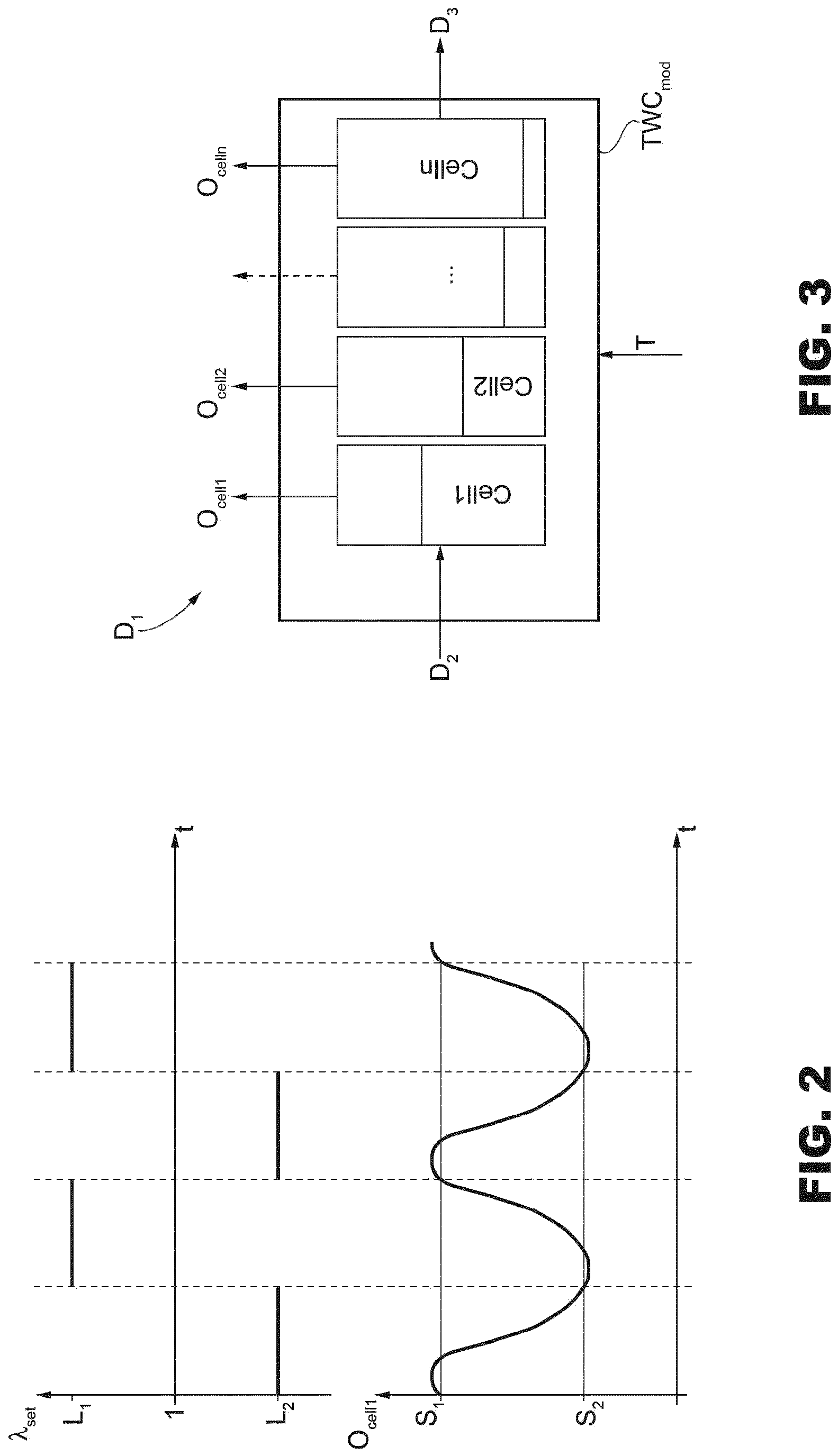 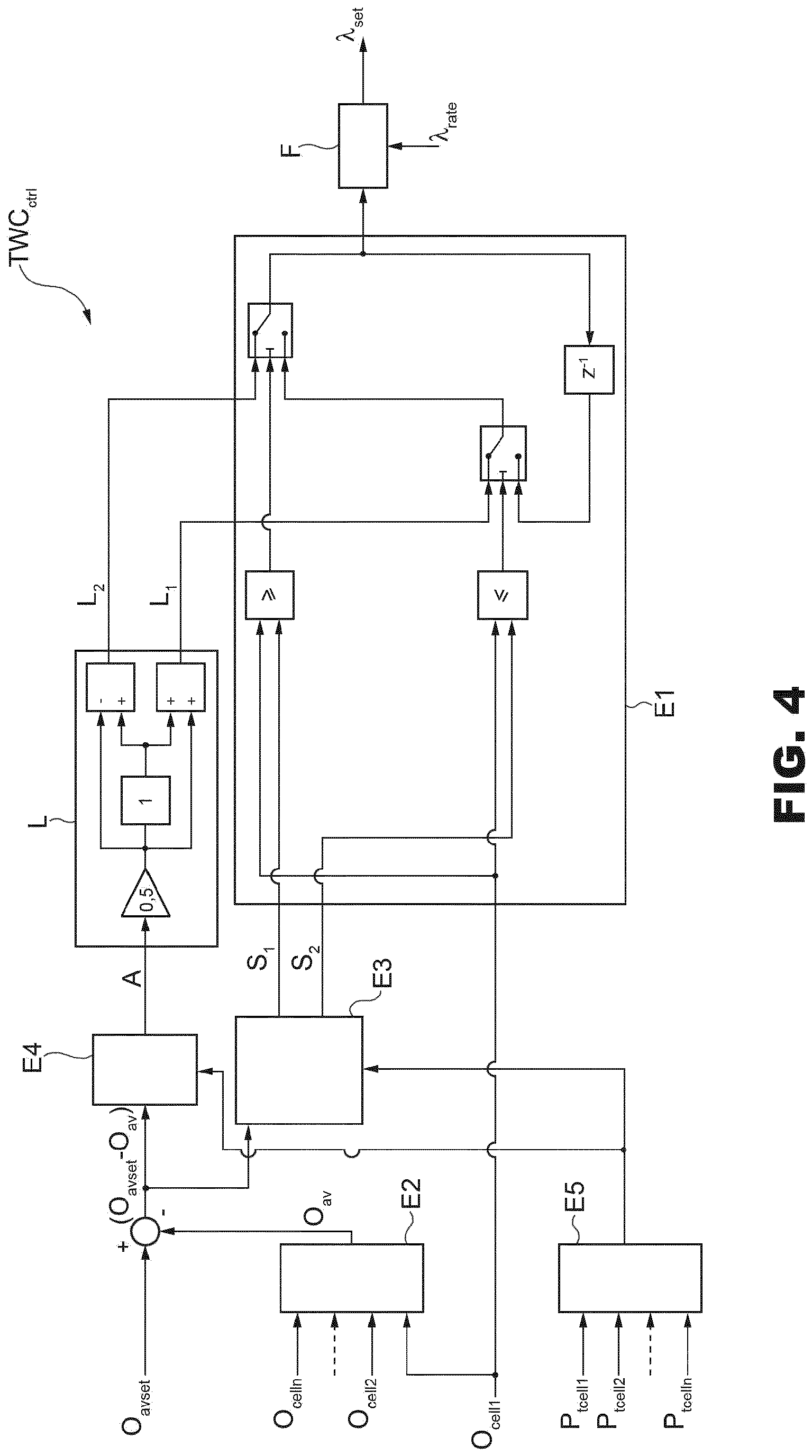 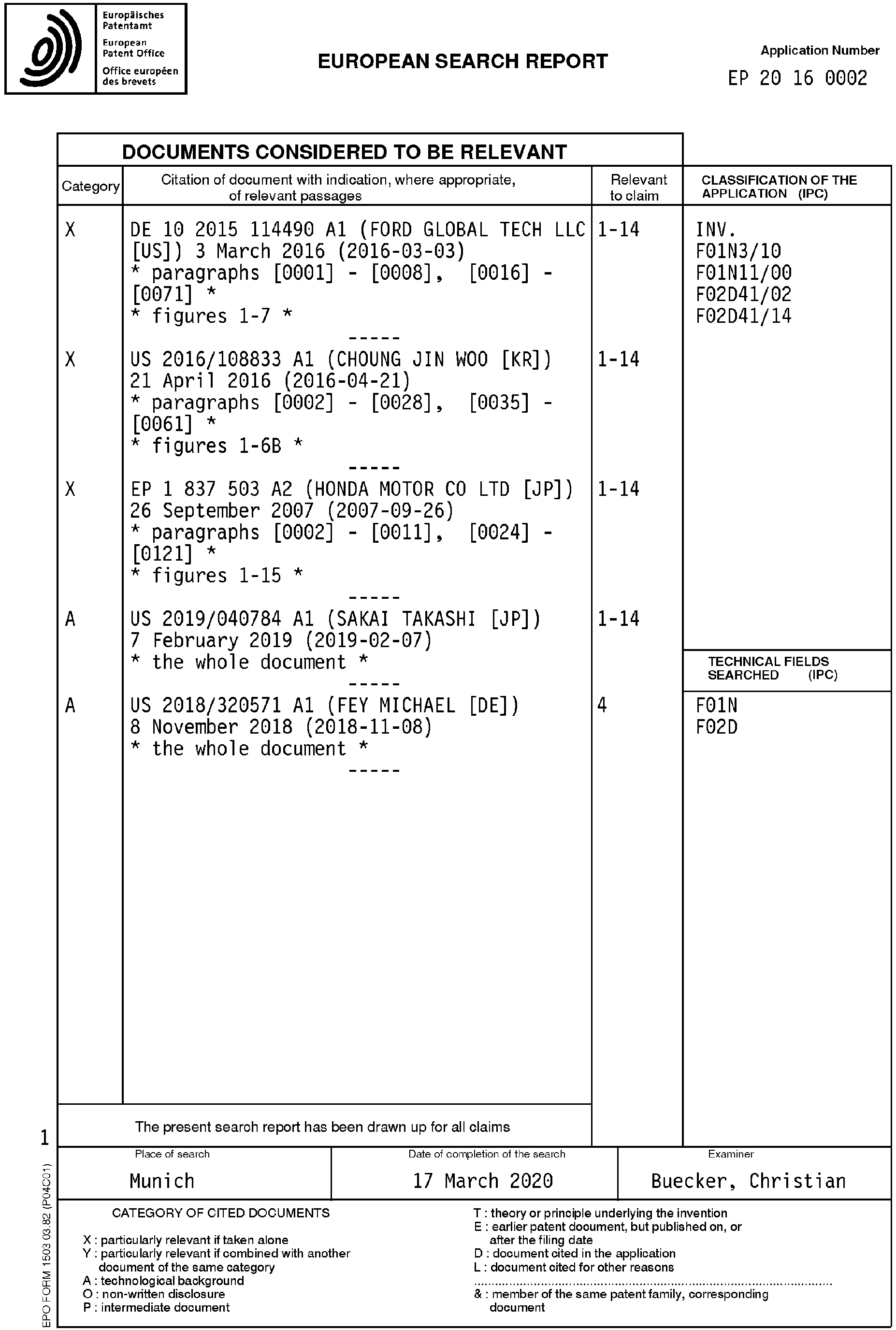 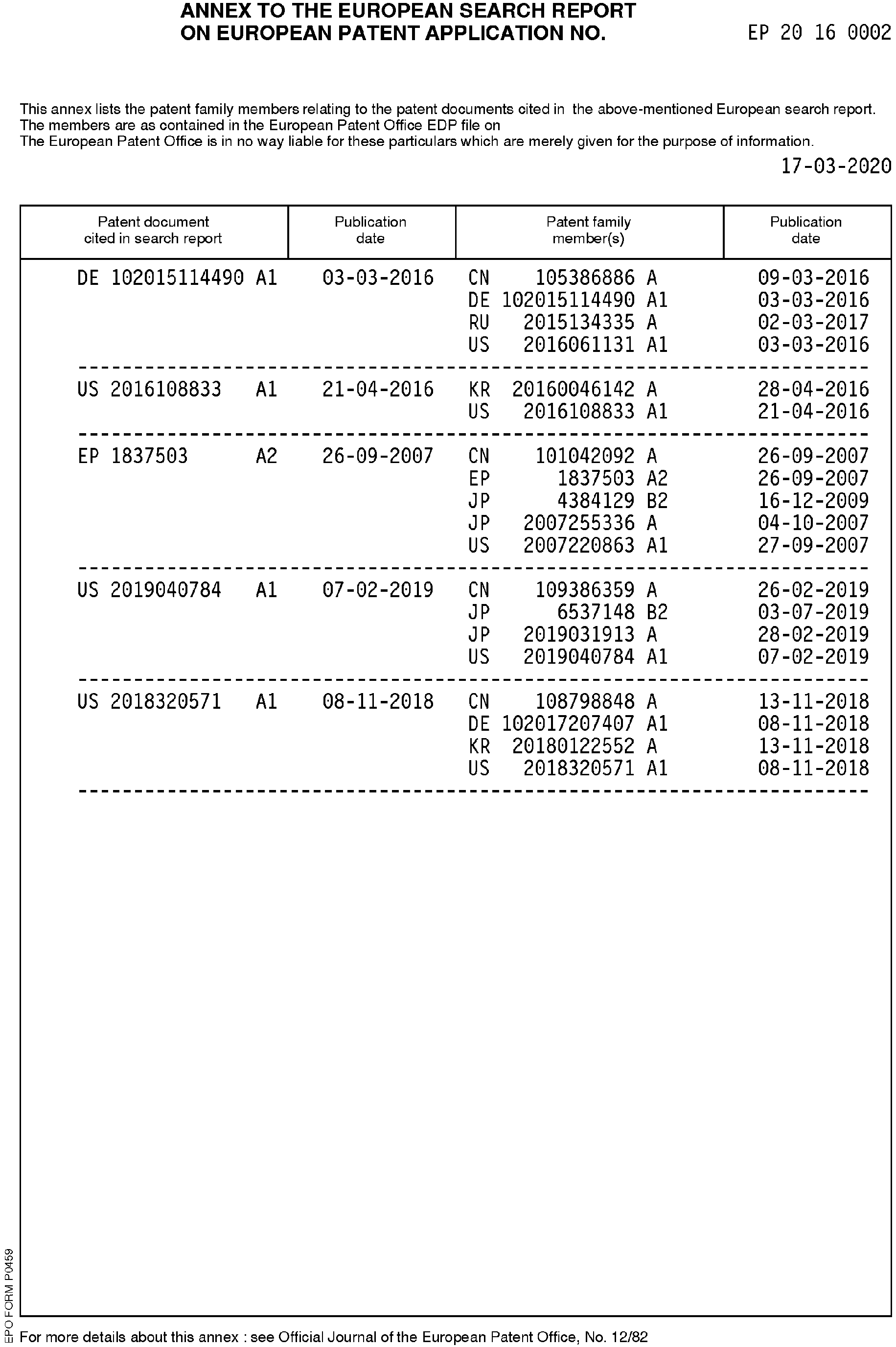