[0001] Cockpit-based head down display (HDD) systems may incorporate multiple sources and multiple destinations, e.g., multiple processors (display processors, graphics processors) and multiple display devices linked by fiber optic cables and providing high-speed high-resolution enhanced video display (e.g., enhanced vision, synthetic vision) customizable across the various display surfaces. These complex HDD systems may incorporate images and visual data from a variety of sources (e.g., sensor-based navigational and environmental data as opposed to information received from external sources and displayed in visual form, such as terrain data retrieved from databases or traffic information transmitted by ground-based facilities). Alternatively, or additionally, these systems may necessarily incorporate some degree of redundancy; certain components may fail without interrupting full display functionality. Such systems may be complex, expensive, and heavy. It may be possible to minimize fiber redundancy by routing and merging image data from multiple graphic sources. However, such a solution, while flexible, fails to preserve independence across individual processing nodes. For example, should a graphics processor fail one or more fiber outputs may still be lost, impeding full functionality.

[0010] Implementations of the inventive concepts disclosed herein may be better understood when consideration is given to the following detailed description thereof. Such description makes reference to the included drawings, which are not necessarily to scale, and in which some features may be exaggerated and some features may be omitted or may be represented schematically in the interest of clarity. Like reference numerals in the drawings may represent and refer to the same or similar element, feature, or function. In the drawings:

FIG. 1 illustrates an exemplary embodiment of a federated display system according to the inventive concepts disclosed herein; and

FIG. 2 illustrates an exemplary embodiment of the mezzanine switching fabric of FIG. 1.

a first processing controller of the first node;

a first graphics generator of the first node;

a second processing controller of the at least one second node;
and

a second graphics generator of the at least one second node. 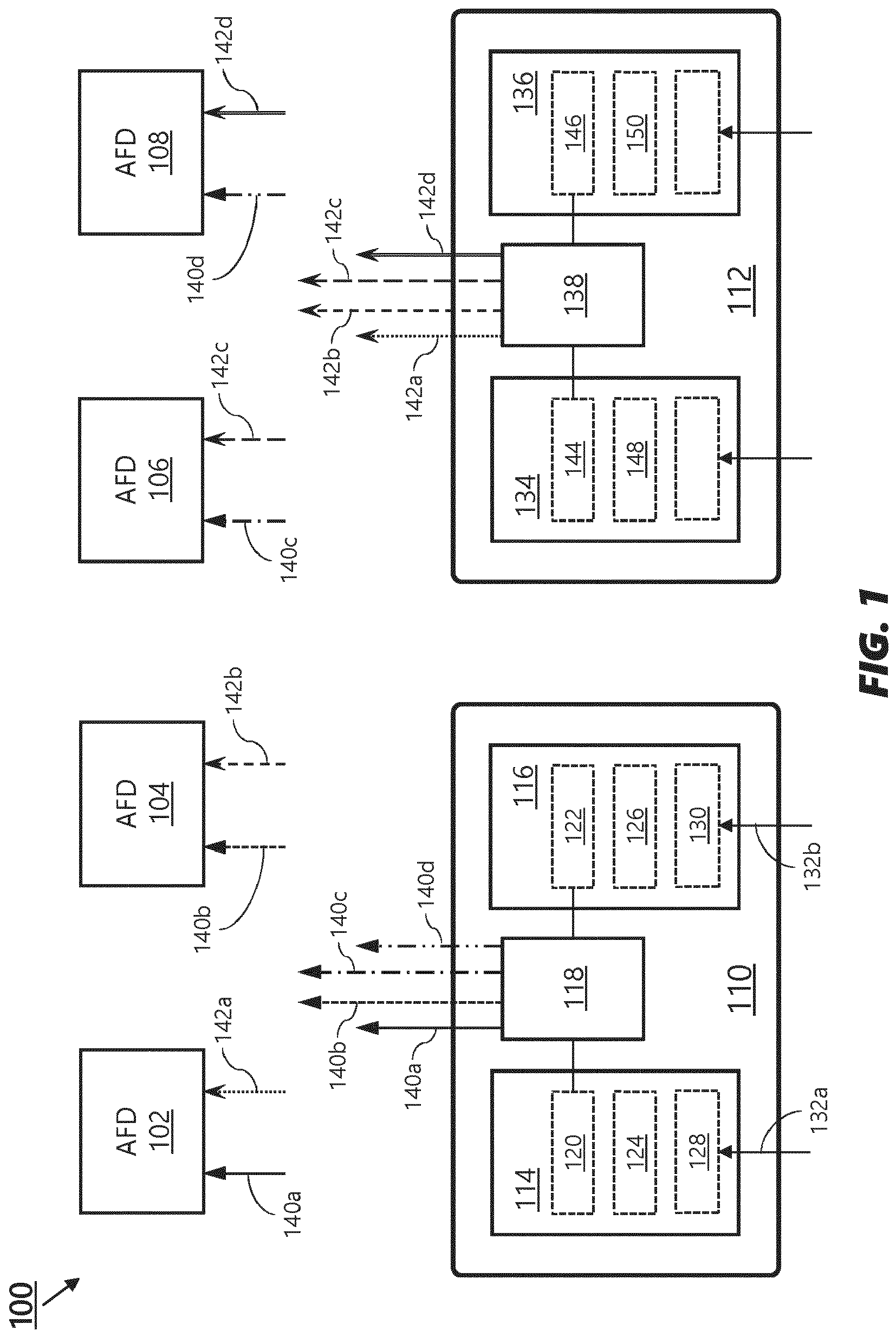 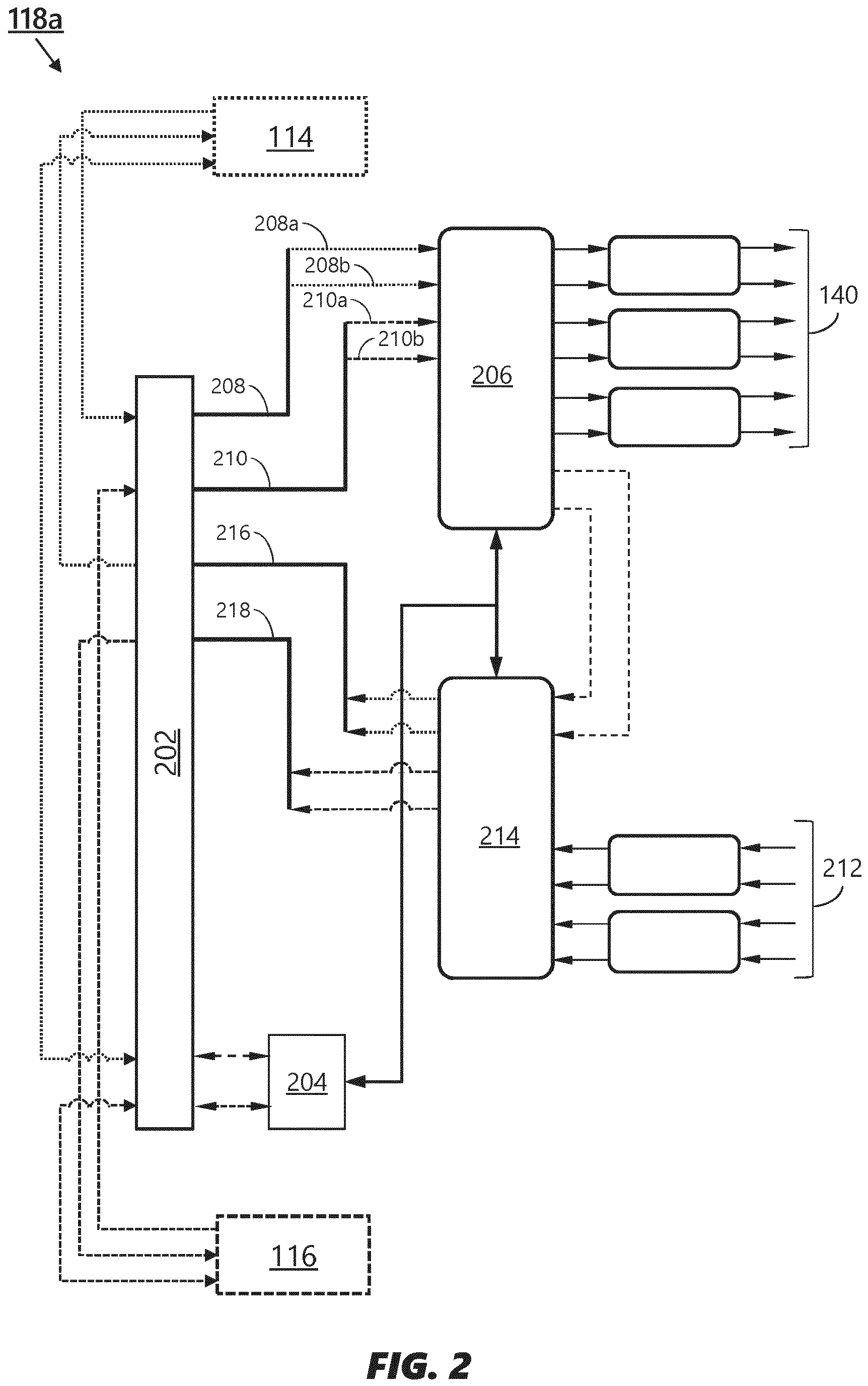 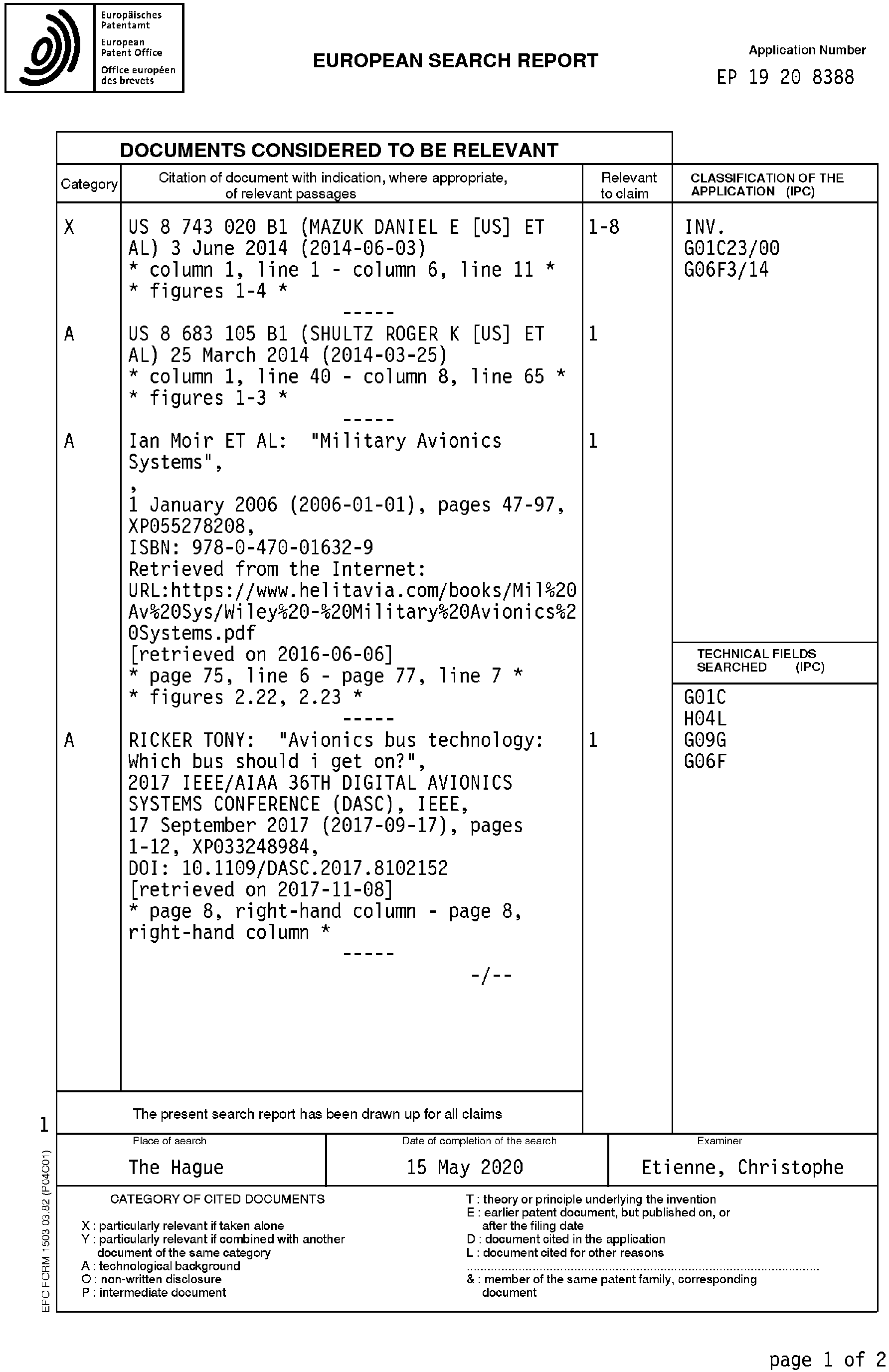 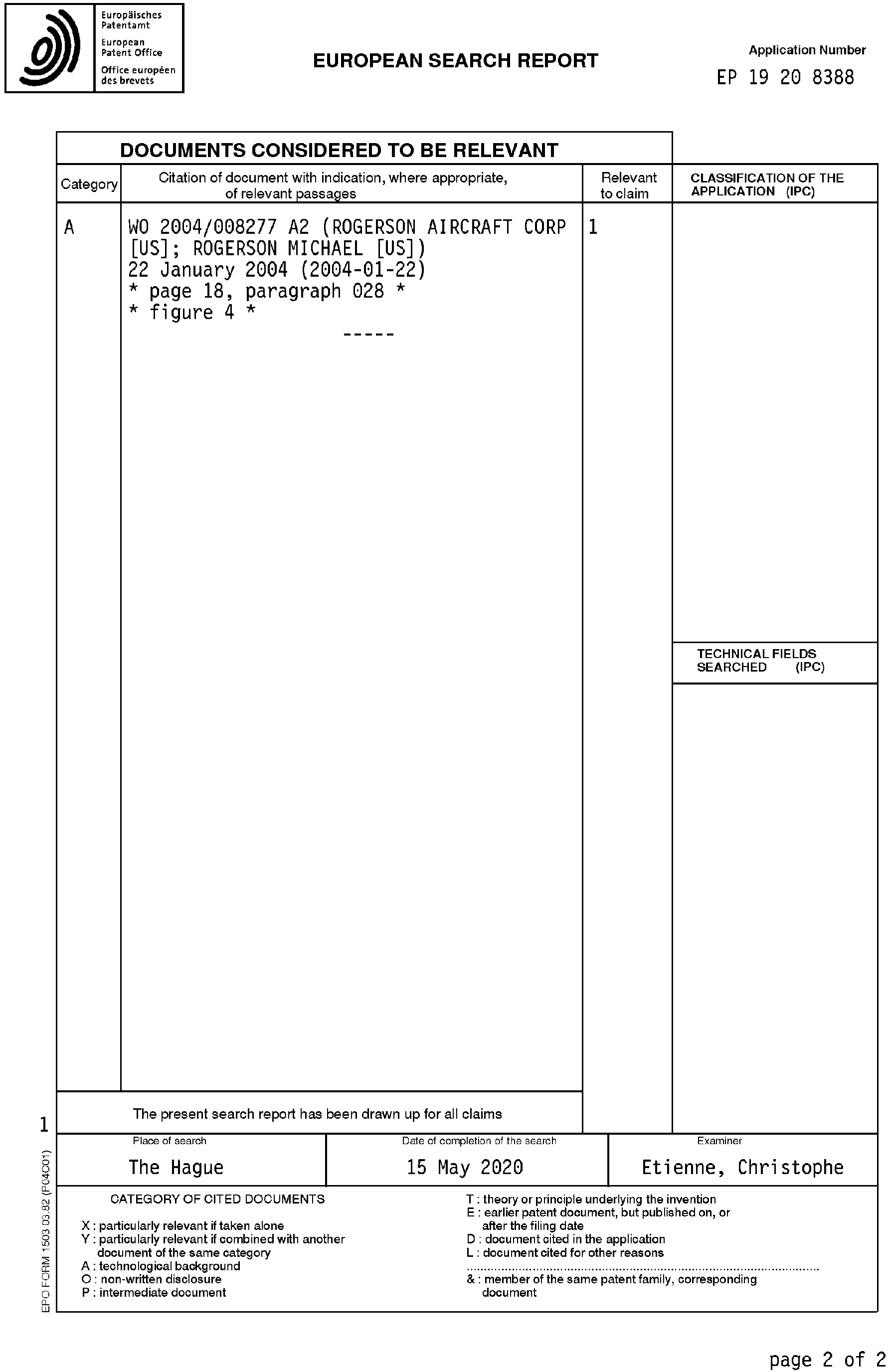 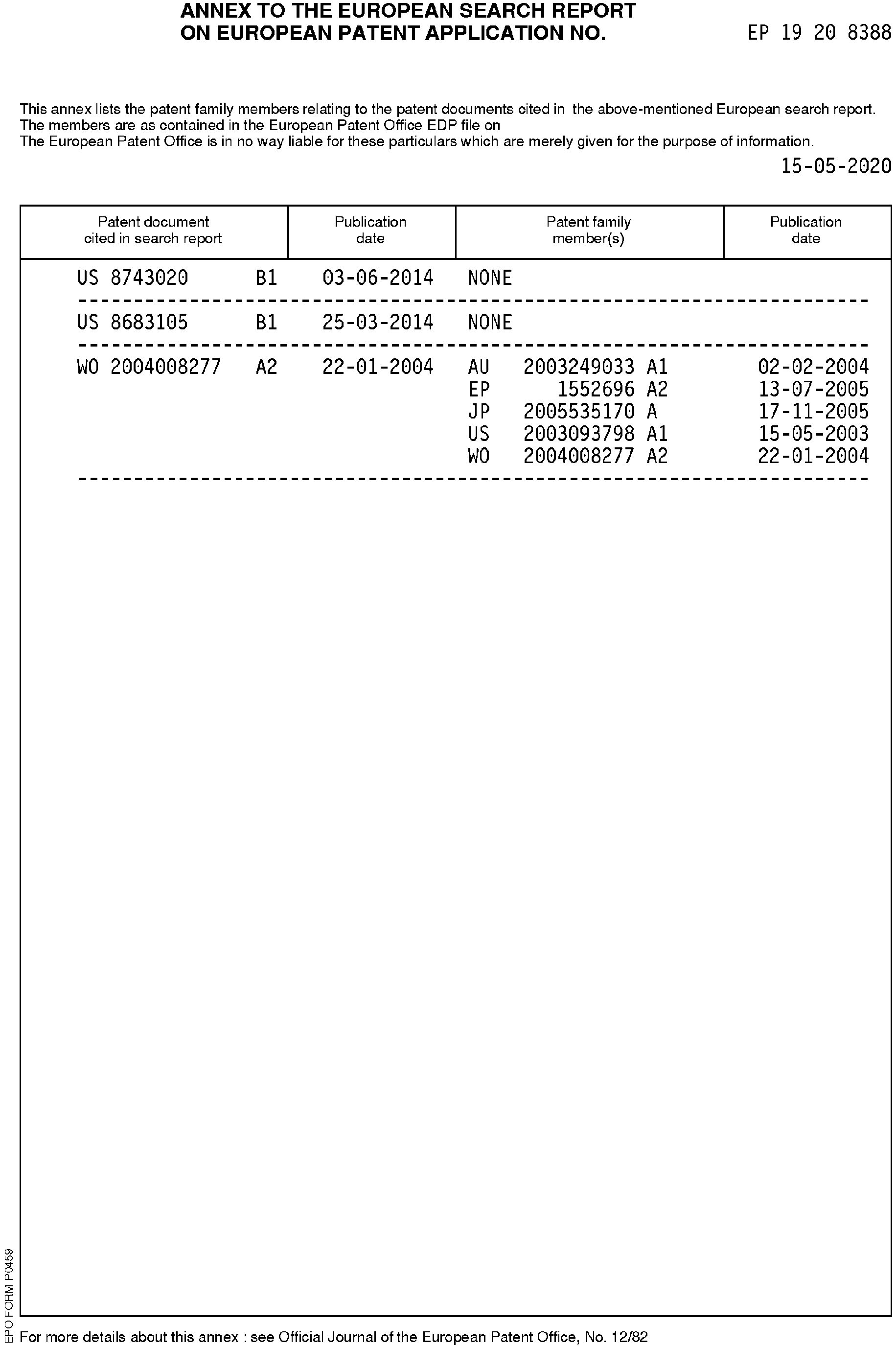