Fig. 1 illustrates a block diagram of an embodiment of a method for a vehicle;

Fig. 2 illustrates a block diagram of an embodiment of an apparatus and embodiments of vehicles;

Fig. 4 shows determination of pencil beam angles in an embodiment. 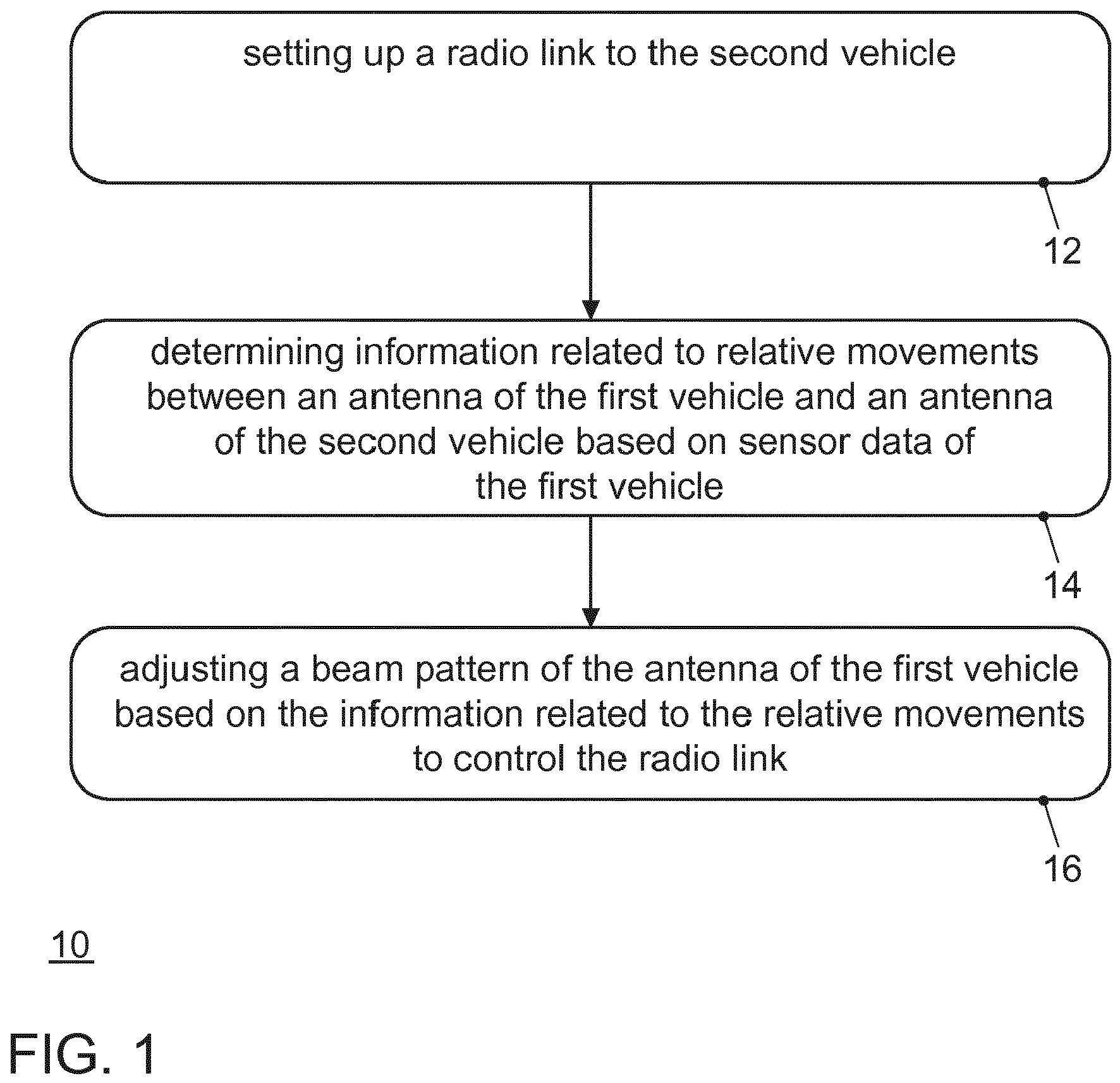 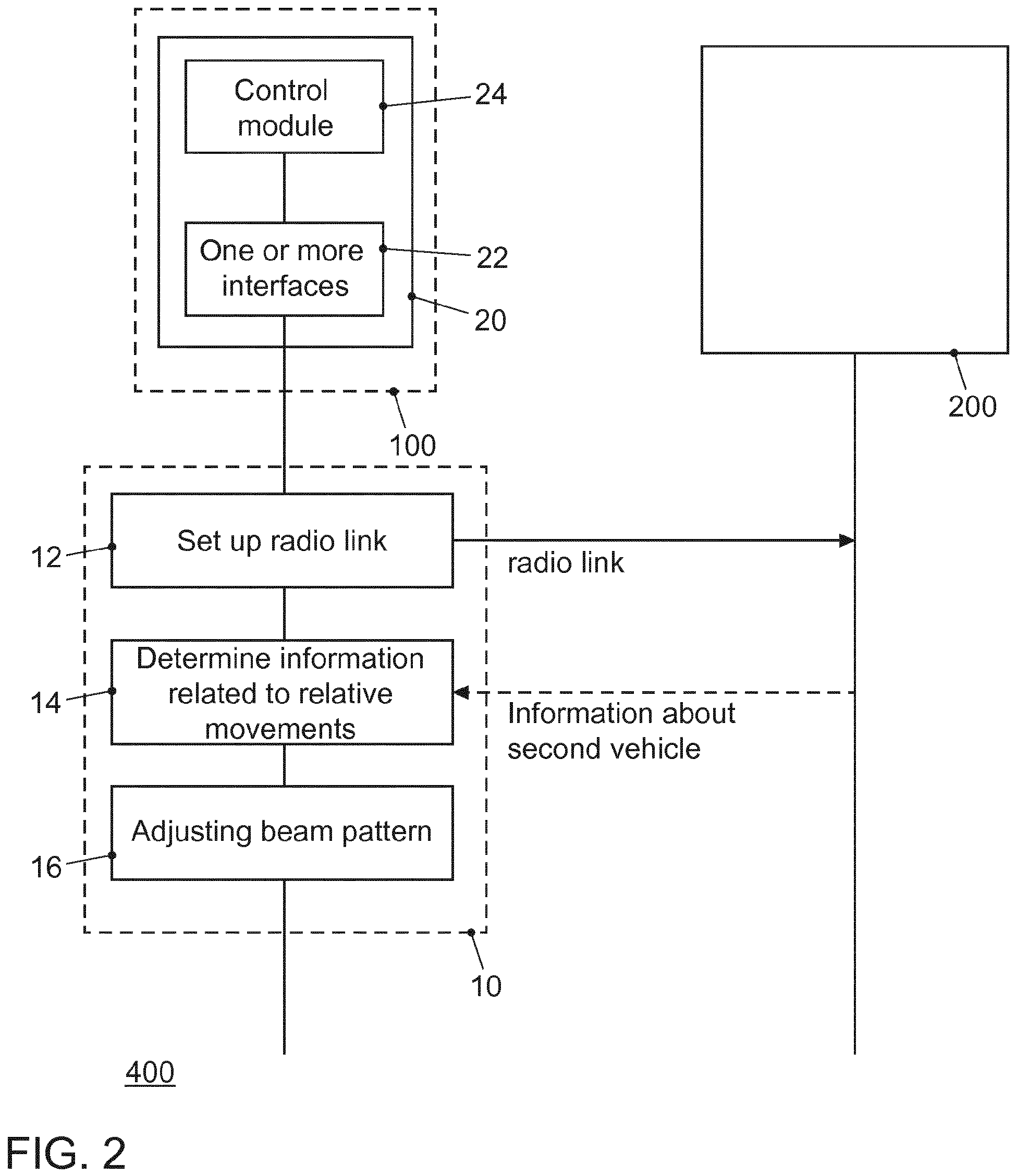 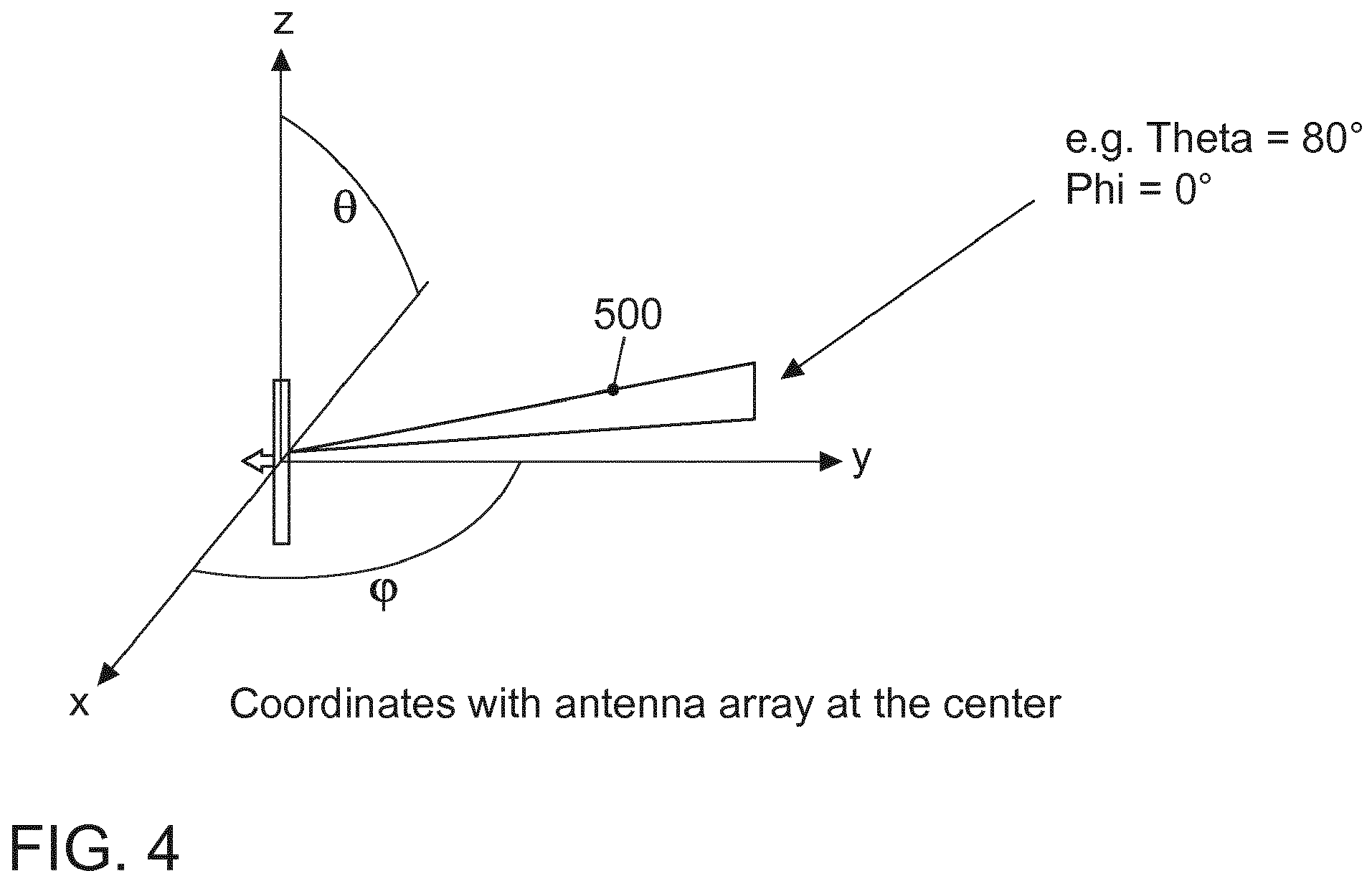 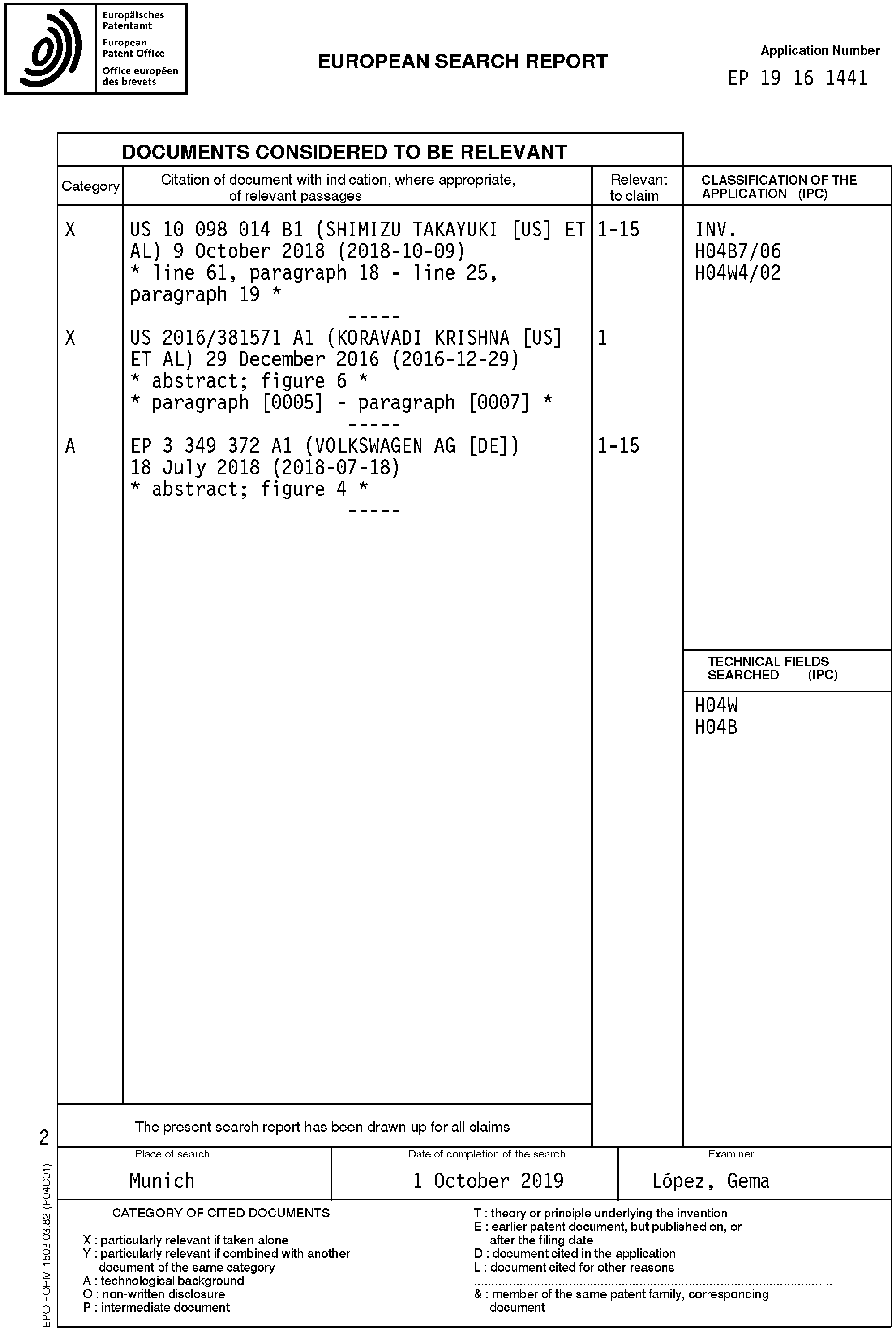 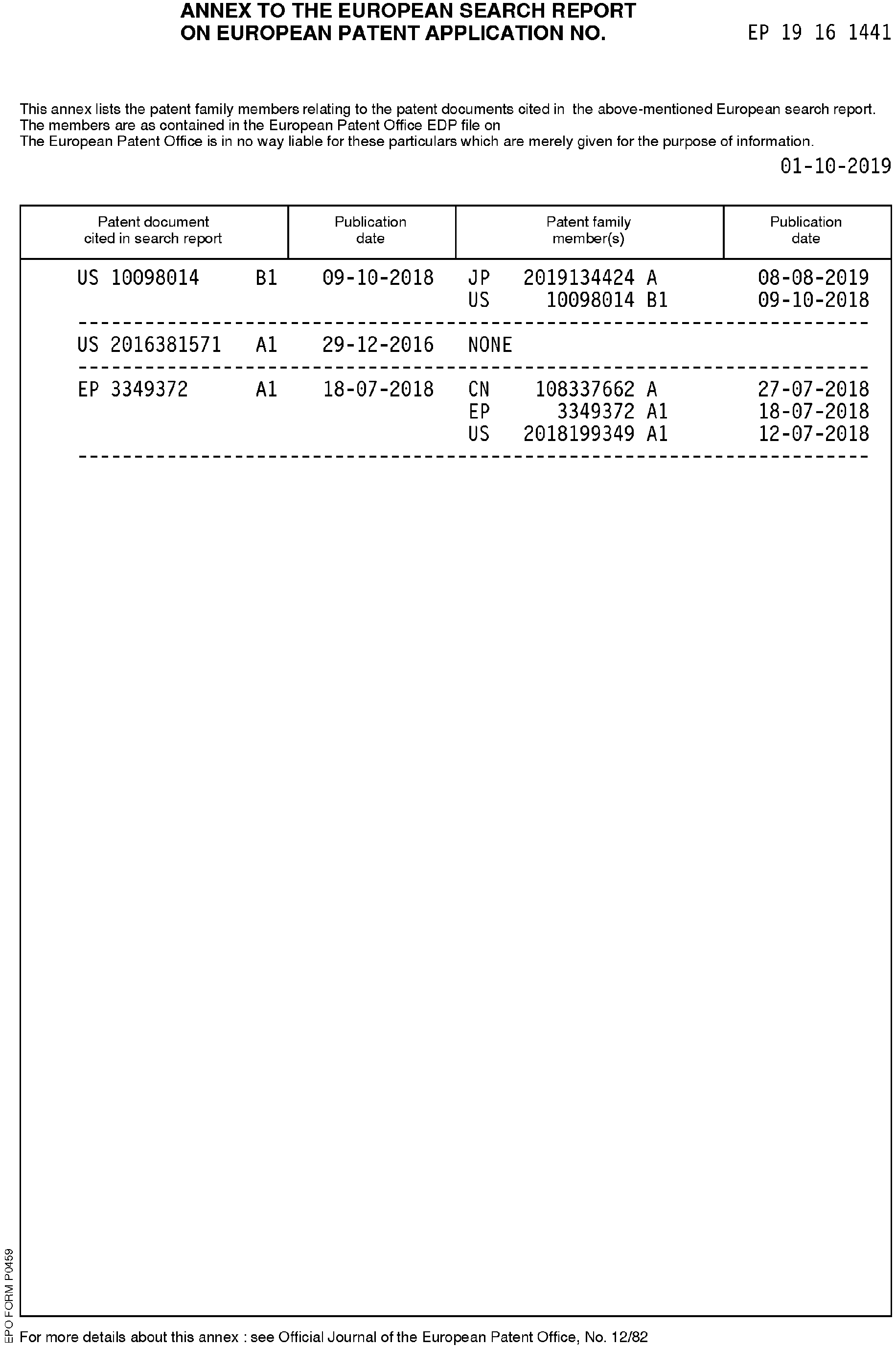