[0003] In the field of lubrication, mist generators are known which apply the Venturi tube principle. One of these systems is currently marketed by the applicant under the trade name NEBOL.
[0004] This comprises a Venturi tube into which pressurised air is fed axially. At the throat of the Venturi tube (minimum passage section) there is a nozzle envisaged for drawing up oil. In practice, the oil is suctioned via the nozzle by the vacuum which is created in the minimum passage section, by Venturi effect.
[0005] The commonly known systems allow a flow of air to be supplied inside which the lubricant is present. Nevertheless, the dispersion of the particles of oil in the air is not satisfactory. Indeed, the particles of oil created in the commonly known Venturi systems are somewhat heavy and tend to precipitate and agglomerate, especially if the pipelines are rather long.
[0006] In certain uses within the field of lubrication, this does not create particular problems, since the oil is, in any case, carried by the air to the user device. In others fields, nevertheless, it is preferable to obtain a better dispersion of particles of oil in the air, with much finer particles, to increase lubrication performance.
[0007] The presence of 'large' particles of oil is disadvantageous above all if the mist has to lubricate rotating bodies or tools wherein heaviness of the particles increases coalescence and decreases therefore the performance of the lubricating action.
[0008] The dimension of the particles of oil and the dispersion thereof also influences the structure of the lubrication system. If the particles are 'coarse', shorter tubes must be used, while if the particles are finely dispersed and very small, it is possible to use longer distribution tubes, which is advantageous in terms of the lubrication system design simplicity.
[0009] Alternative mist generation systems are also commonly known, for example those in which the mixing takes place without the use of a Venturi system, but through what is known as a vortex system, such as that described, for example, in patent US 4,335,804.
[0010] The advantage of the vortex systems with respect to the Venturi systems, is that they are more flexible. Indeed, the vortex is active (and therefore is self-supporting and generates mist) within a broader range of air pressure and flow levels.
[0011] In practice, the pressure used by the system to generate the mist originates from the difference between the supply pressure of the nebulizer (whether of the Venturi or vortex kind) and the pressure inside the chamber where the mist is stored.
[0012] For example, if the supply pressure (of the line) is 6 bar, and the pressure of the chamber is 4 bar, the mist generation system operates with a pressure of 2 bar.
[0013] A vortex system allows operation within in a broader range of pressure and flow levels than a Venturi system.
[0014] The disadvantage of the 'conventional' vortex system with respect to the Venturi system is, meanwhile, that the mist particles are coarser and less even with respect to those generated with a Venturi system.

[0022] Further characteristics and advantages of the invention will become apparent in the description of a preferred but not exclusive embodiment of the device, illustrated - by way of a non-limiting example - in the drawings annexed hereto, in which:

Figure 1 is a section view of a nebulizer which is part of the generator according to the present invention;

Figure 2 is a simplified section taken along the line II-II in Figure 1;

Figure 3 is a simplified section of a detail of the generator;

Figure 4 is an exploded view of the detail circled in Figure 3;

Figure 5 is an overall perspective view of a generator according to the present invention;

Figure 6 is a schematic view of a lubrication system comprising the generator in Figure 5;

Figure 7 is a section view of a variant of the generator according to the present invention, which features, specifically two nebulizers, a high-pressure one and a low-pressure one;

Figure 8 is a plan view of a detail of the high-pressure nebulizer in Figure 7;

Figure 9 is a perspective view of the generator in Figure 7; and

Figure 10 is a schematic representation of a supply system for the generator in Figures 7 and 9. 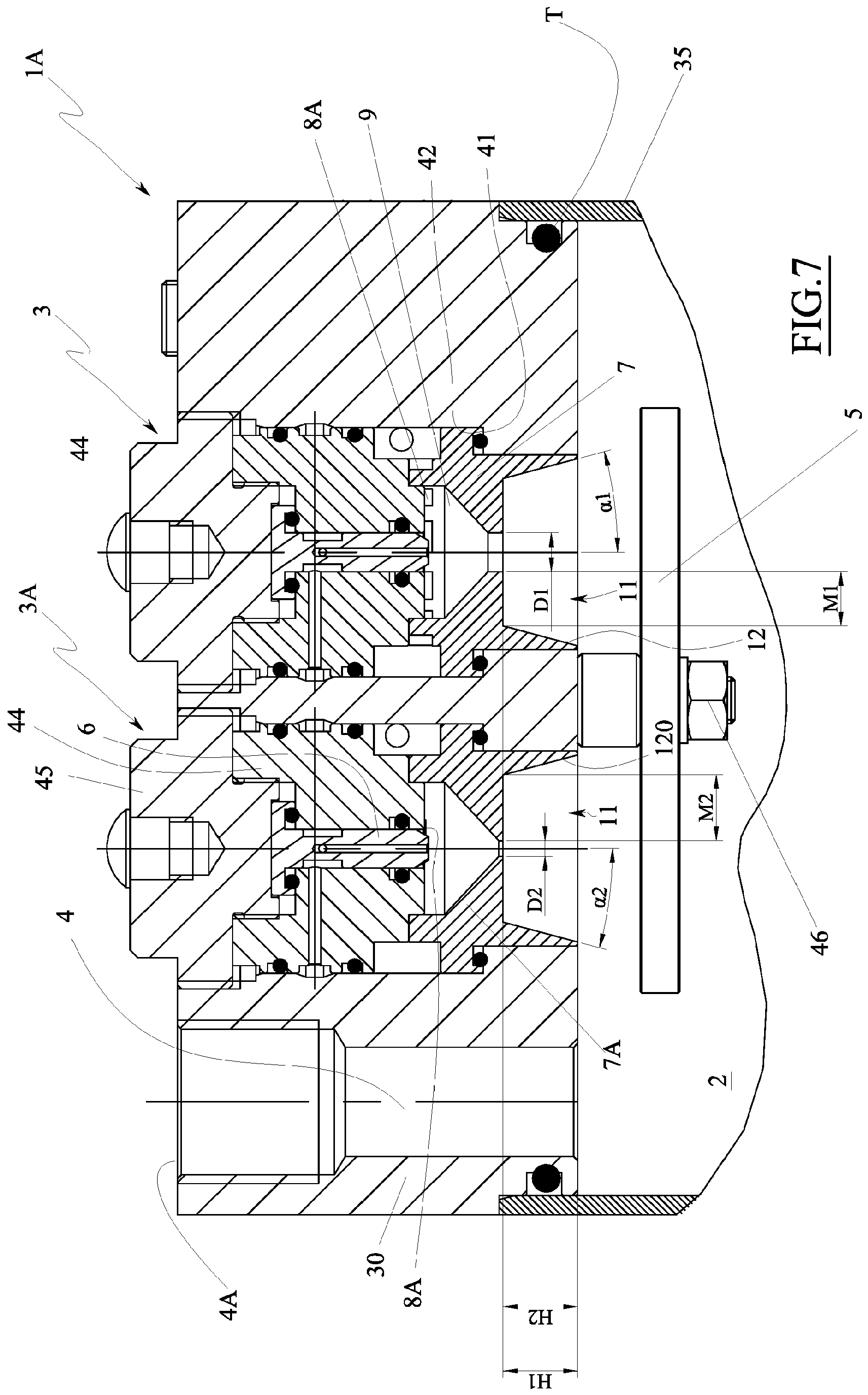 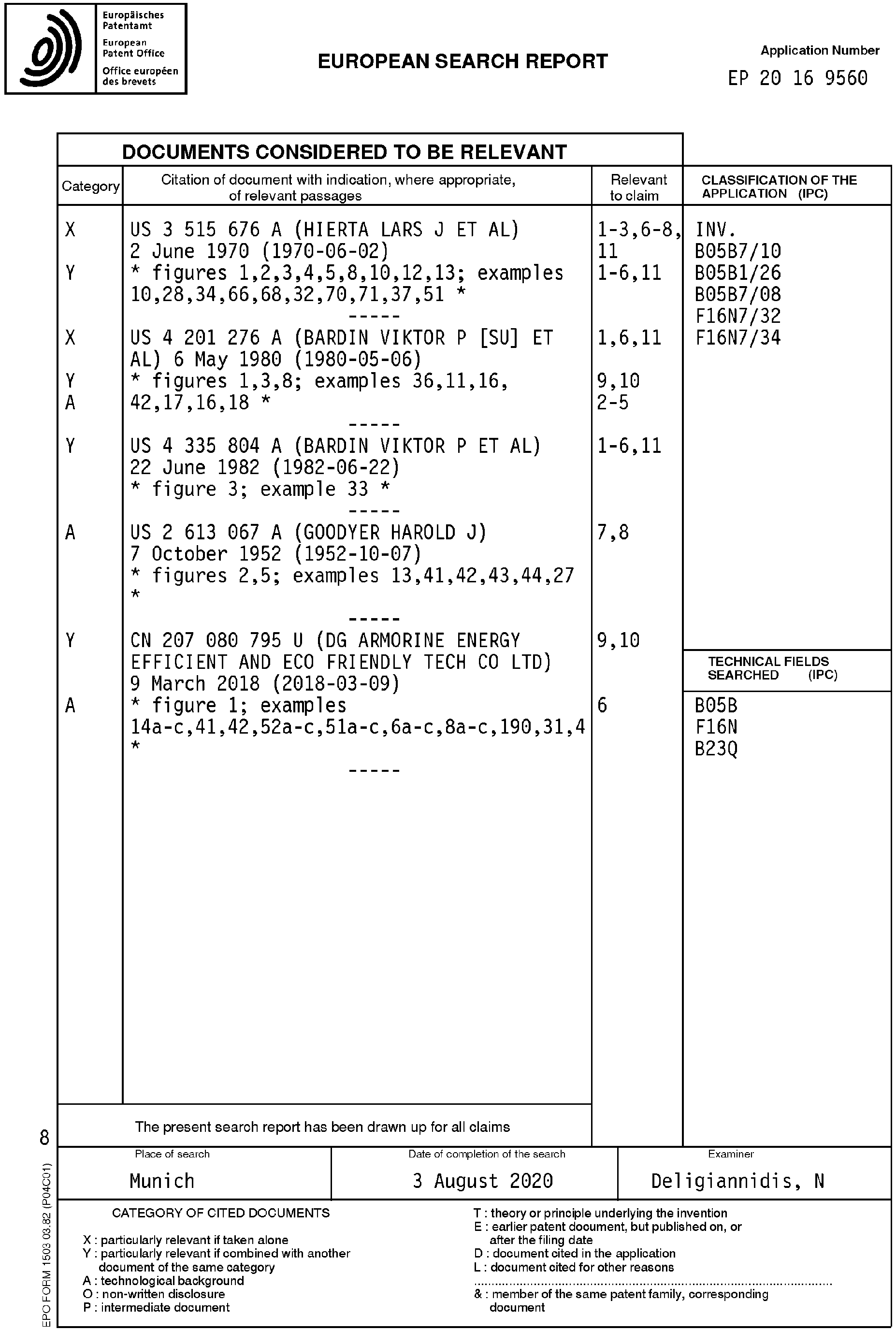 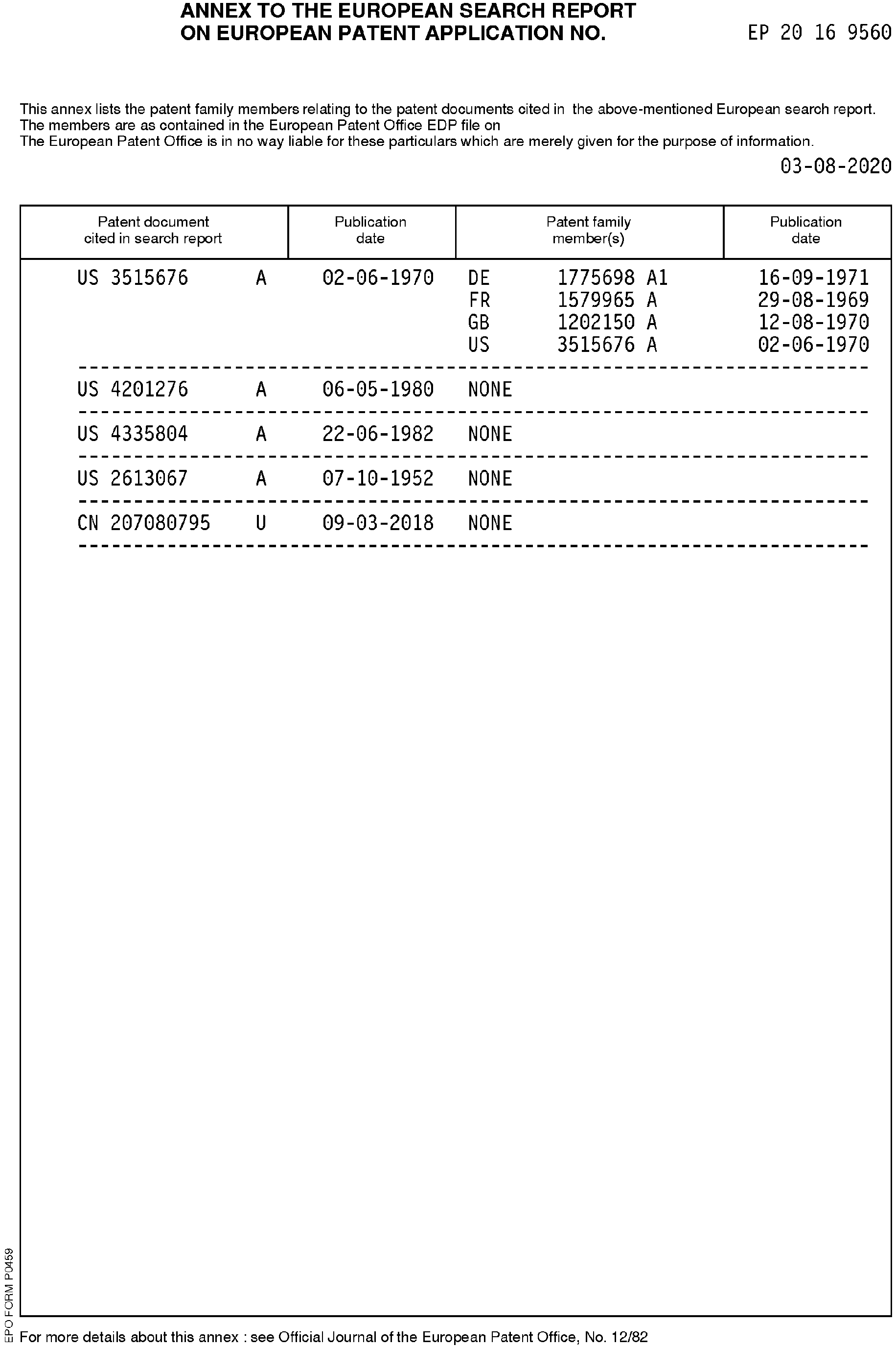