- a first type of frames, intended to be transmitted in a plurality of bursts for which a traffic shaping is defined as an express traffic, and

- a second type of frames, for which no traffic shaping is defined, as a sporadic traffic,

the communicating entity being configured for storing:

- at least one second queue for frames of the second type,

- Reading the timestamp of each signaling frame located at a head of each first queues,

- Determining among all the signaling frames the one having the most ancient timestamp, and

- Select the burst having the thus determined signaling frame as the first burst to transmit.

- it is determined whether a frame of the second type is being transmitted by the egress port, and if yes,

- and continuing the transmission of data of the first burst until the second number reaches the first number.

10. The method of claim 9, wherein the communicating entity is further configured for, when said second number reaches the first number:

- ending the transmission of data of the first burst, and

- flushing from the corresponding first queue any possible remaining data of the first burst. 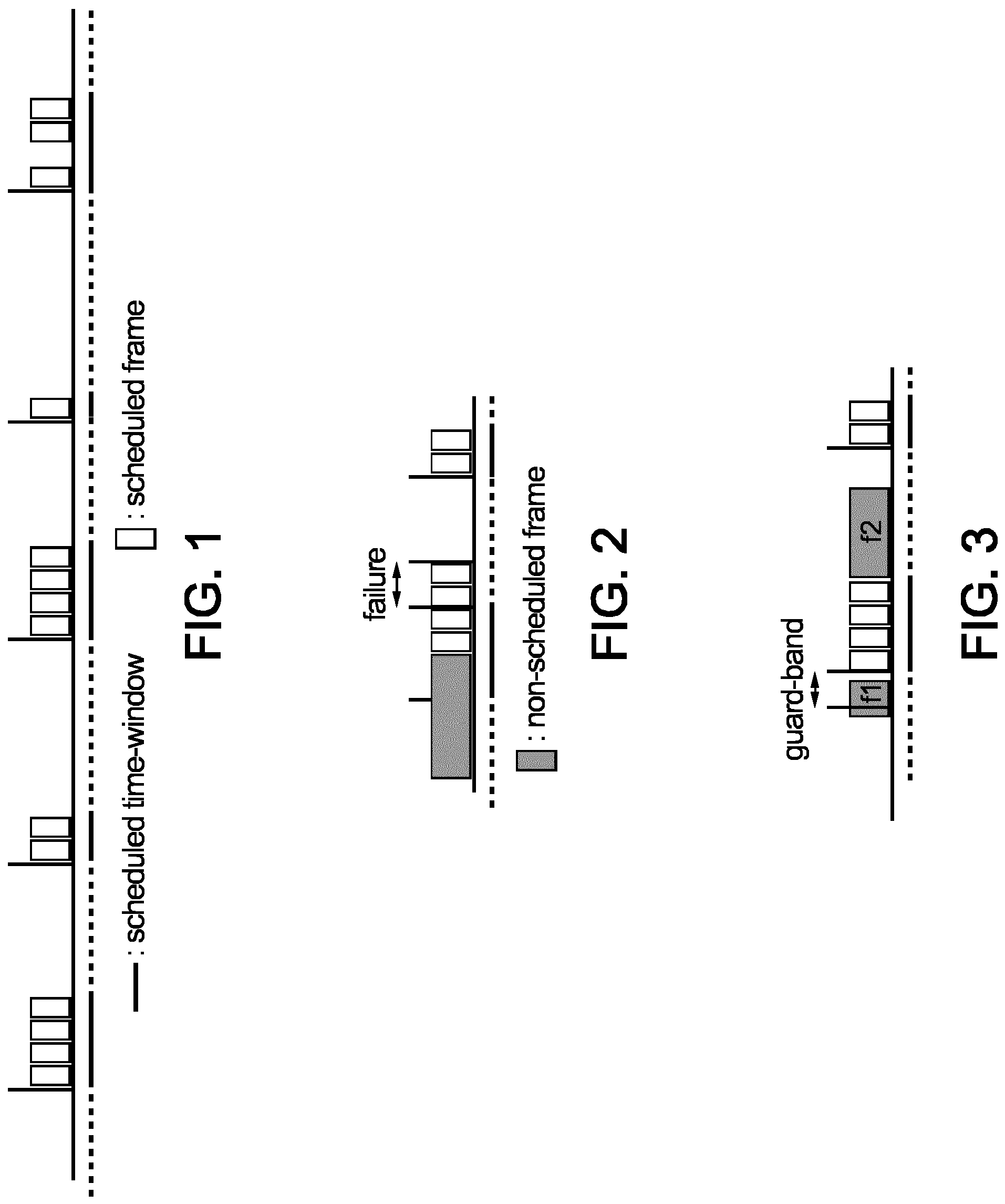 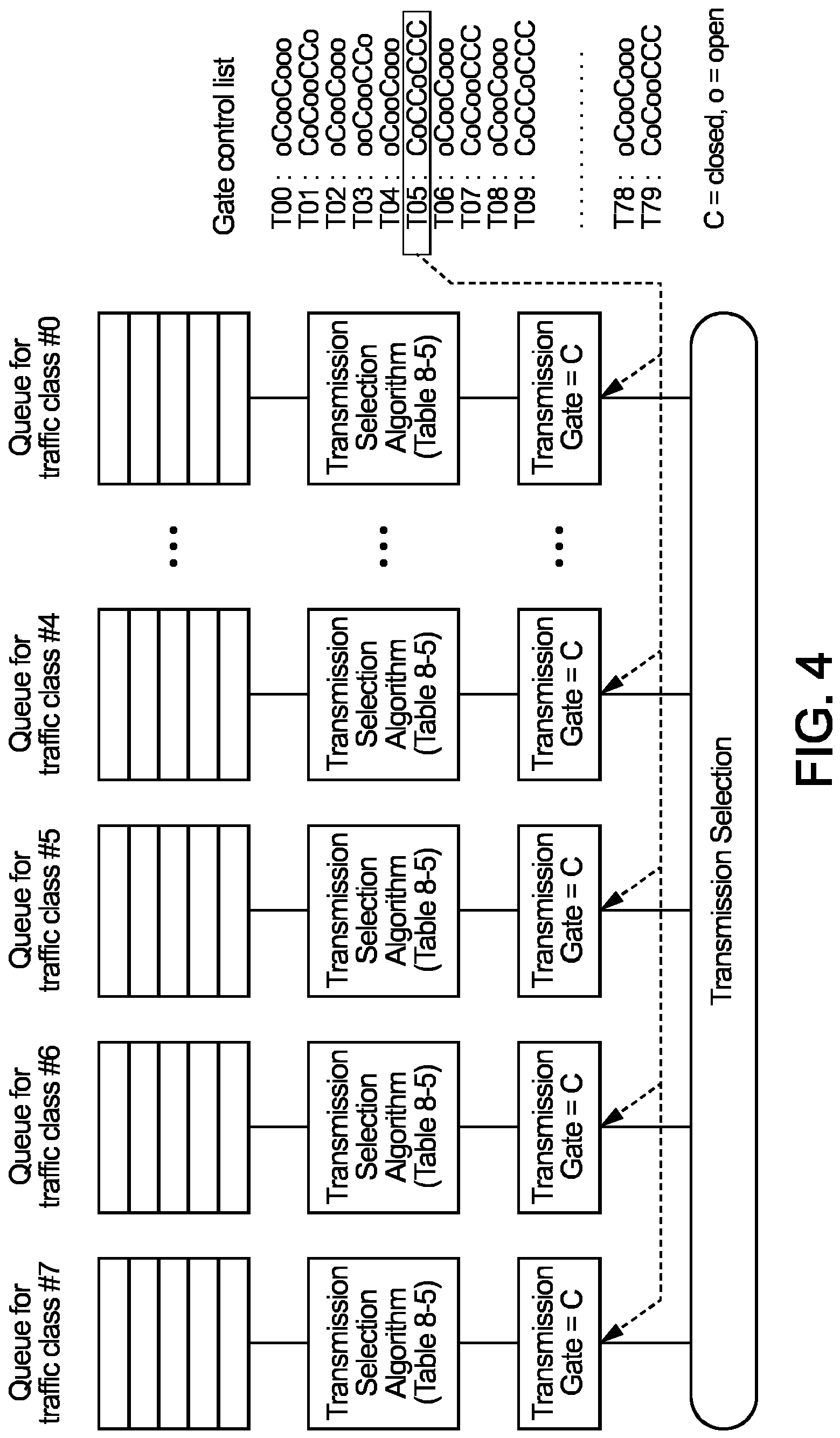 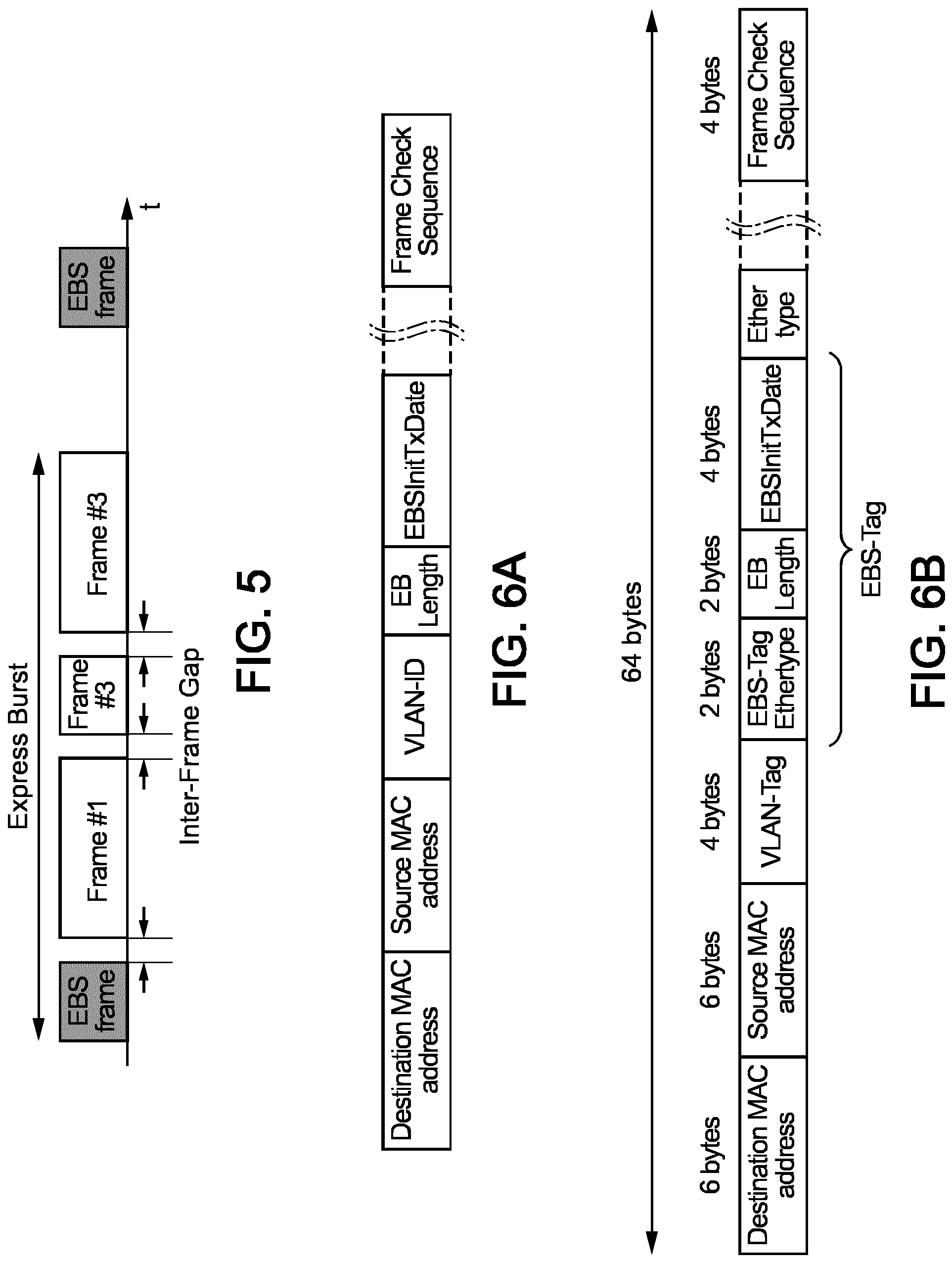 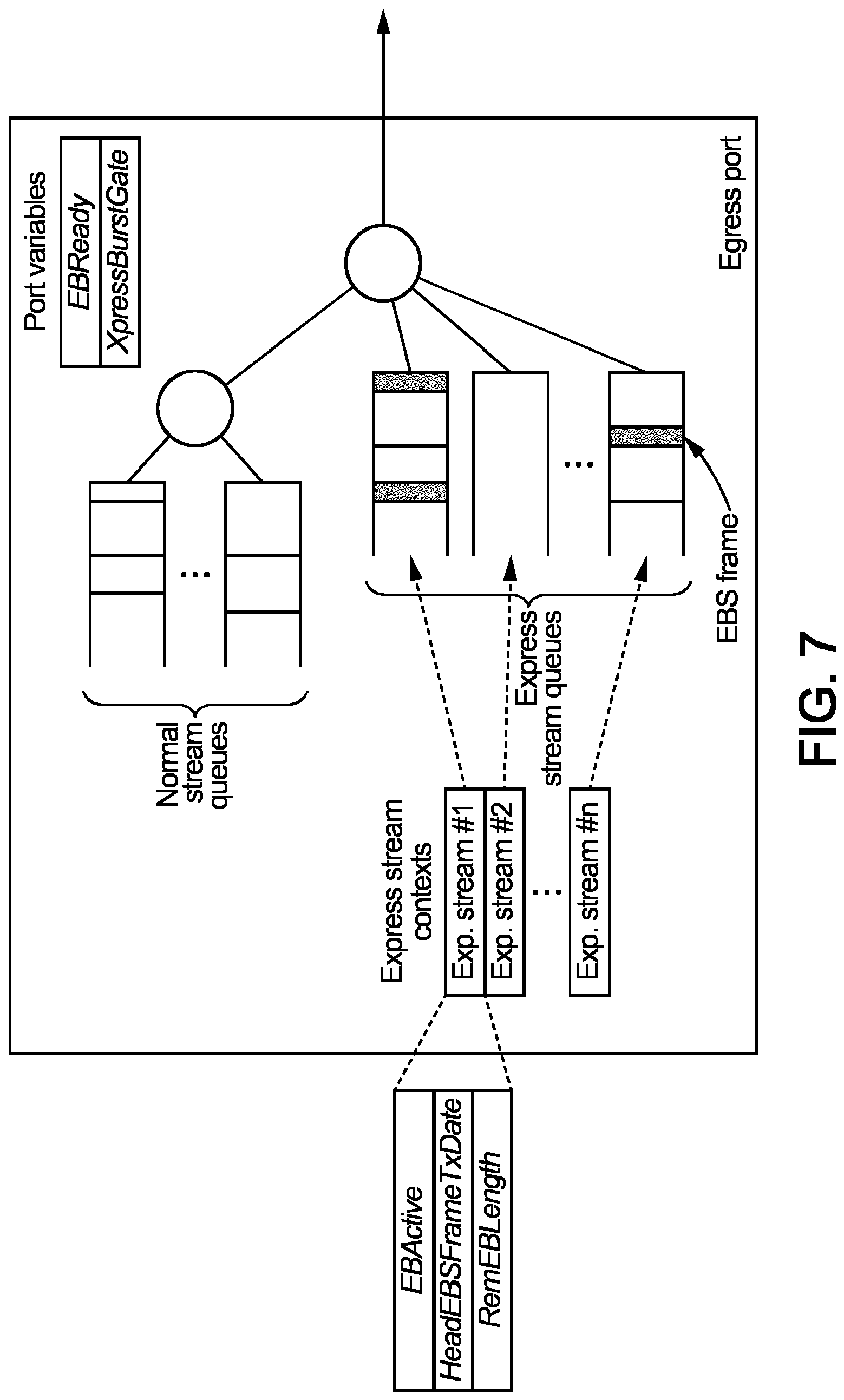 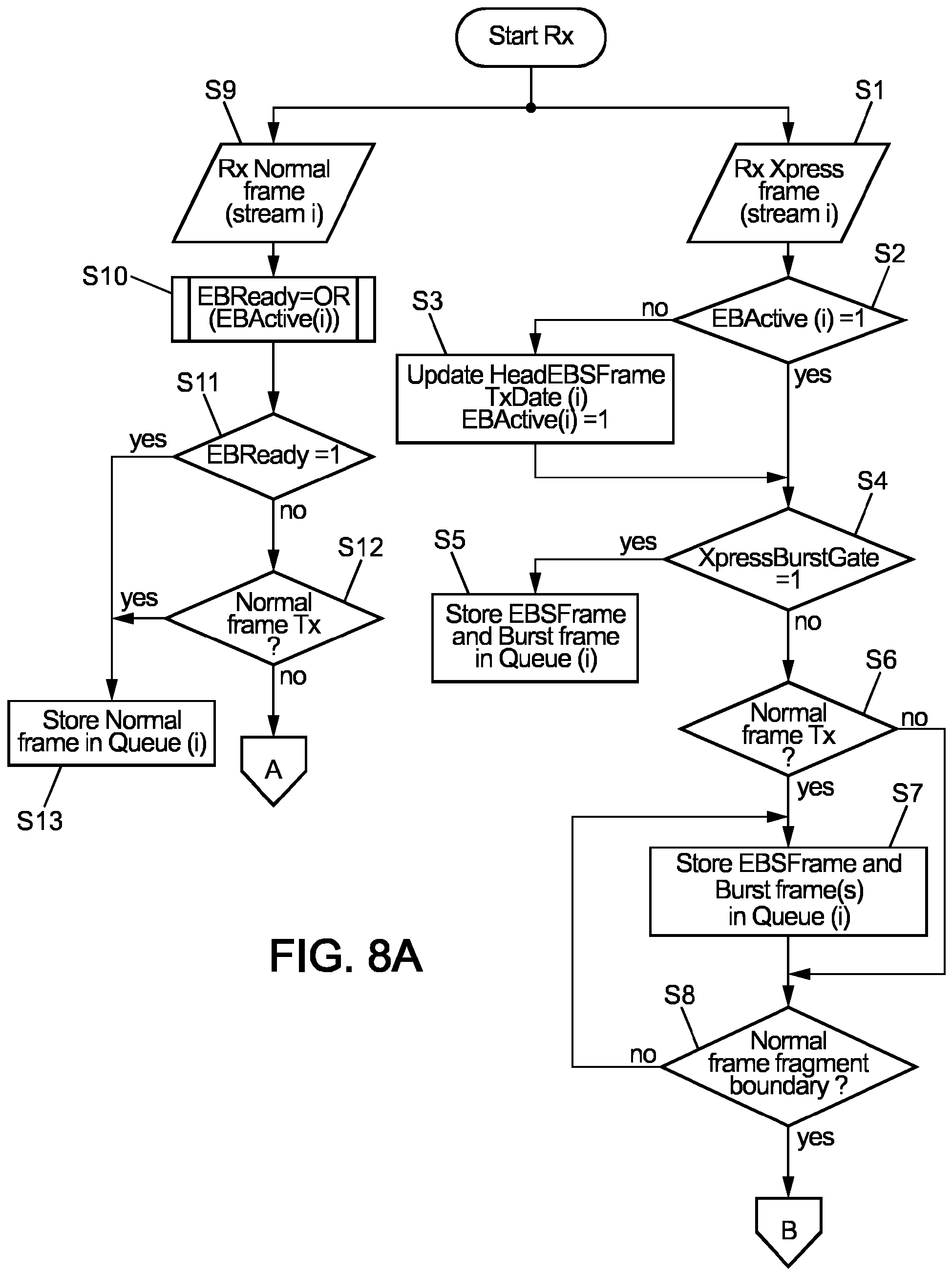 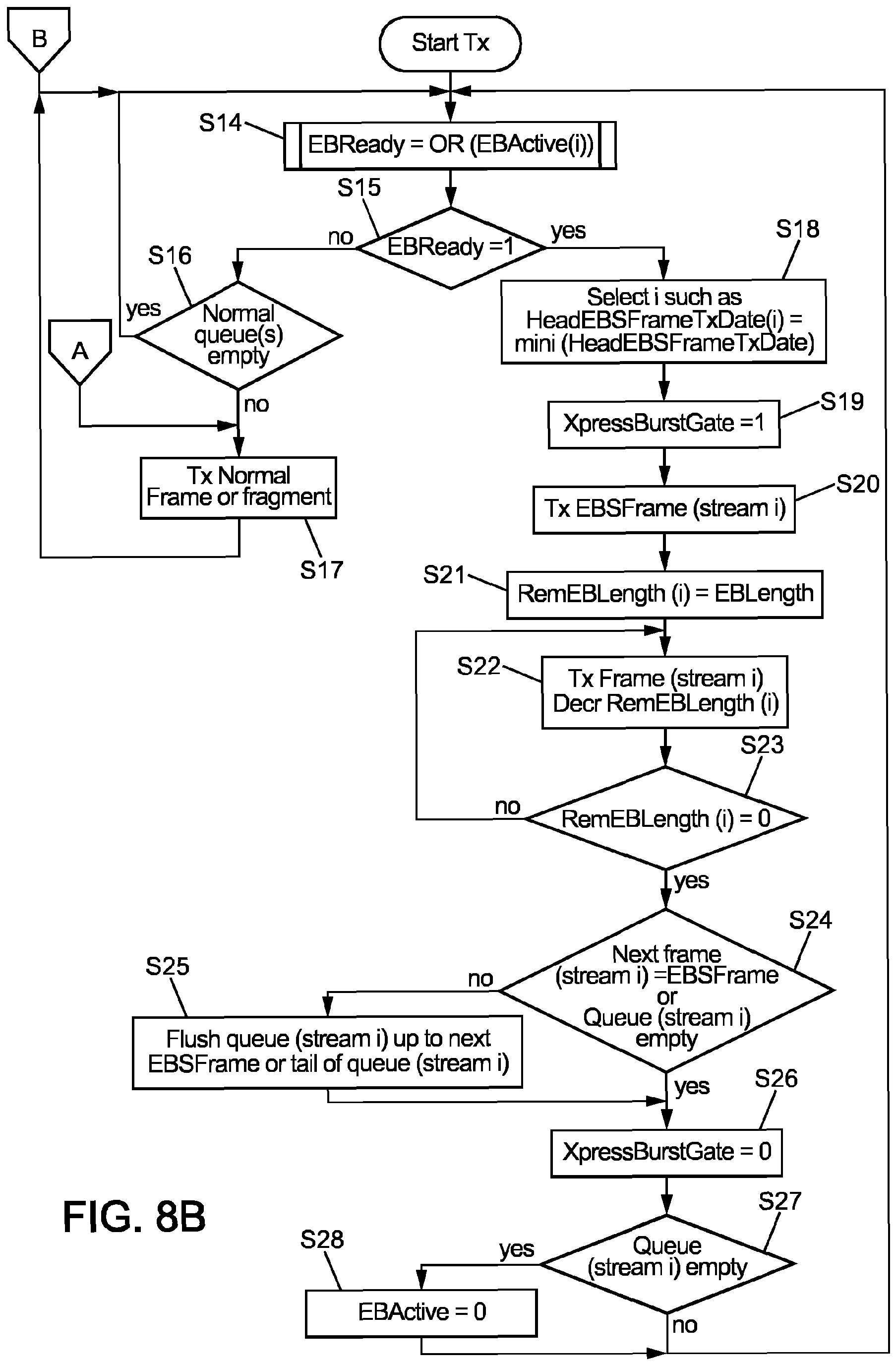 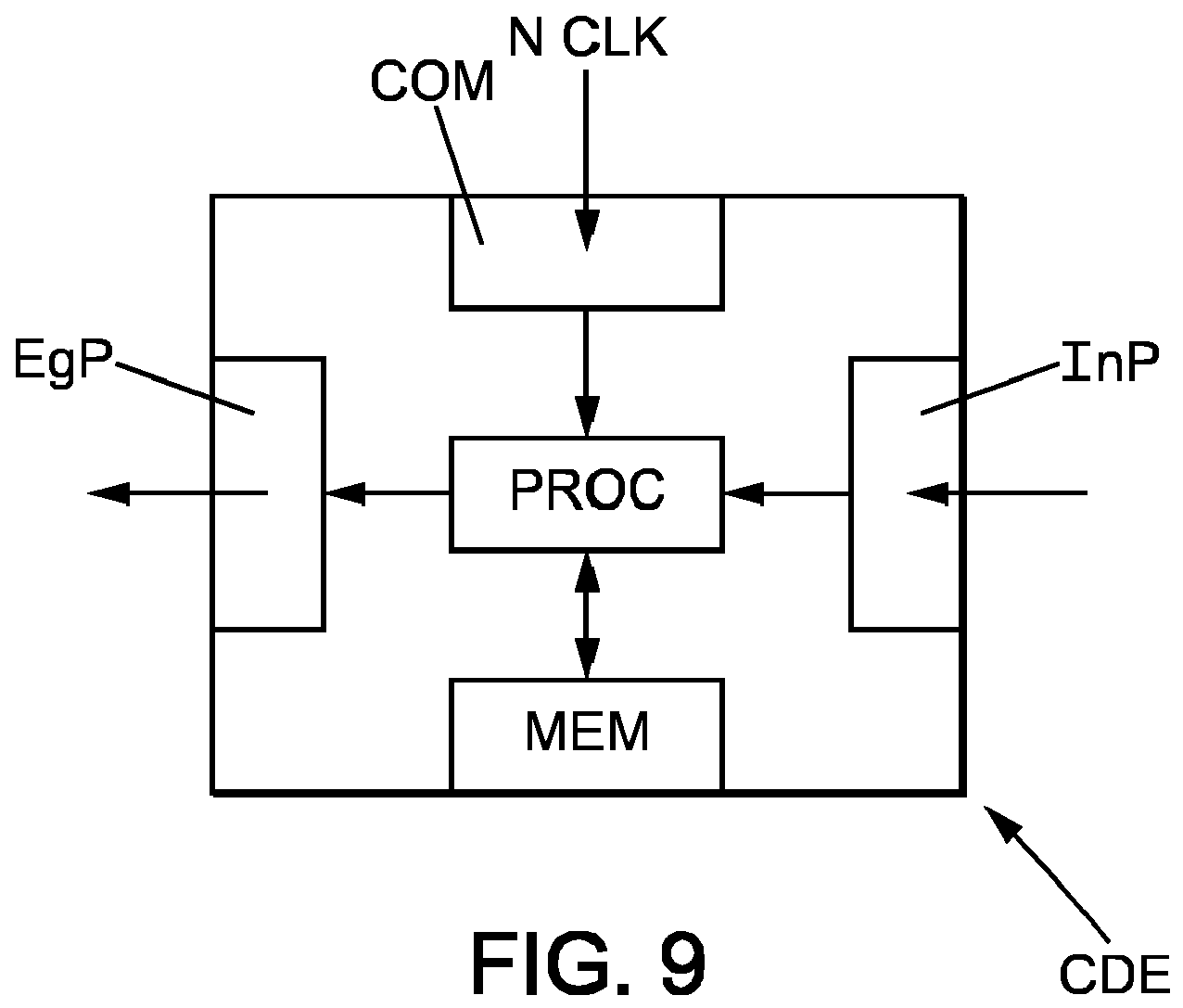 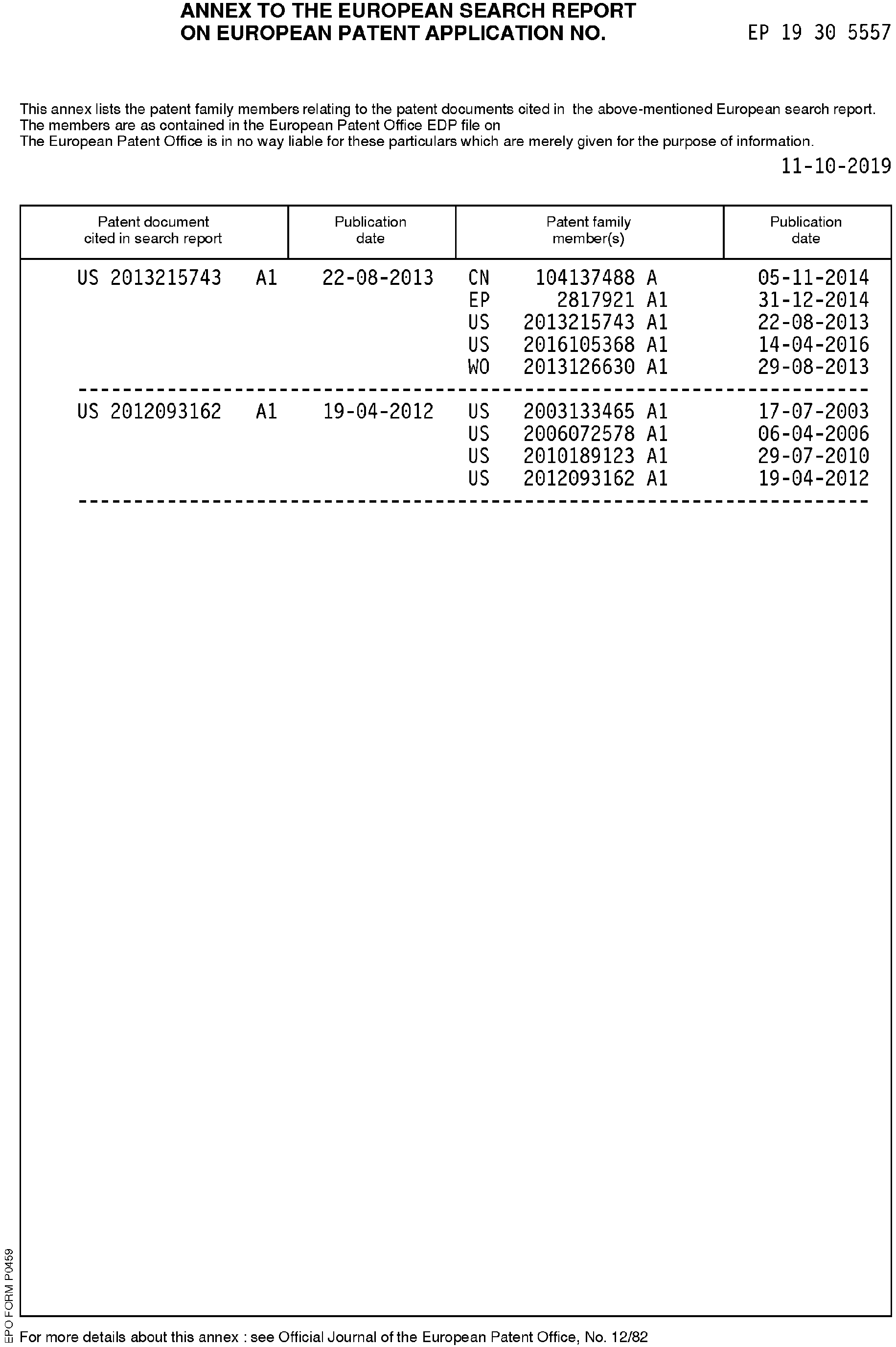