[0001] The present invention relates to wireless communication, and more particularly, to a method of performing a random access process in an unlicensed band, and a device using the method.

[0002] With the explosive increase in mobile data traffic in recent years, a service provider has utilized a wireless local area network (WLAN) to distribute the data traffic. Since the WLAN uses an unlicensed band, the service provider can address a demand for a significant amount of data without the cost of an additional frequency. However, there is a problem in that an interference phenomenon becomes serious due to a competitive WLAN installation between the providers, quality of service (QoS) cannot be guaranteed when there are many users, and mobility cannot be supported. As one of methods for compensating this, a long term evolution (LTE) service in the unlicensed band is emerged.
[0003] LTE in unlicensed spectrum (LTE-U) or licensed-assisted access using LTE (LAA) is a technique in which an LTE licensed band is used as an anchor to combine a licensed band and an unlicensed band by the use of carrier aggregation (CA). A user equipment (UE) first accesses a network in the licensed band. A base station (BS) may offload traffic of the licensed band to the unlicensed band by combining the licensed band and the unlicensed band according to a situation.
[0004] The LTE-U may extend an advantage of LTE to the unlicensed band to provide improved mobility, security, and communication quality, and may increase a throughput since the LTE has higher frequency efficiency than the legacy radio access technique.
[0005] Unlike the licensed band in which exclusive utilization is guaranteed, the unlicensed band is shared with various radio access techniques such as the WLAN. Therefore, each communication node acquires a channel to be used in the unlicensed band in a contention-based manner, and this is called a carrier sense multiple access with collision avoidance (CSMA/CA). Each communication node must perform channel sensing before transmitting a signal to confirm whether a channel is idle, and this is called clear channel assessment (CCA).
[0006] US 2015/099525 A1 discloses a subject technology which provides for performing clear channel assessment (CCA) in LTE-U. Transmissions may be monitored in a resource reserved for CCA. An energy of the transmissions is detected over a shorter duration than an assigned slot in the resource reserved for CCA. A beacon may be transmitted in a slot assigned to a wireless entity for CCA in response to detecting a clear channel based on the monitoring. In another aspect, a beacon transmission for CCA and a timing for the monitoring are adapted in response to detecting the transmissions for a consecutive number of CCA periods. Further, the subject technology provides for adjusting to a maximum power for transmission of a beacon in a slot assigned to a mobile station for CCA in response to detecting a clear channel based on the monitoring.
[0007] At present, an LTE-UE supports only downlink transmission in the unlicensed band. However, in order to provide more various services, there is a need to consider uplink transmission.

FIG. 2 shows an example of a frame based equipment (FBE)-based listen before talk (LBT) operation.

FIG. 3 shows an example of a load based equipment (LBE)-based LBT operation.

FIG. 4 is a flowchart showing a random access process according to the conventional technique.

FIG. 5 shows a random access method according to an embodiment of the present invention.

FIG. 6 shows an example of a random RAP transmission scheme.

FIG. 7 shows another example of a random RAP transmission scheme.

FIG. 8 shows one example of an RAP transmission re-attempt.

FIG. 9 is a block diagram showing a wireless communication system according to an embodiment of the present invention.

1. A method for performing a random access process in an unlicensed band, the method comprising:

transmitting, by a wireless device (50), a random access preamble; and

sensing, by the wireless device (50), a channel based on the LBT parameter before transmitting the scheduled message,

based on the LBT parameter indicating a first LBT scheme, the scheduled message is transmitted by the wireless device (50) after the channel is sensed to be idle for a predefined time, and

2. A device (50) for performing a random access process in an unlicensed band, the device (50) comprising:

sense a channel based on the LBT parameter before transmitting the scheduled message, 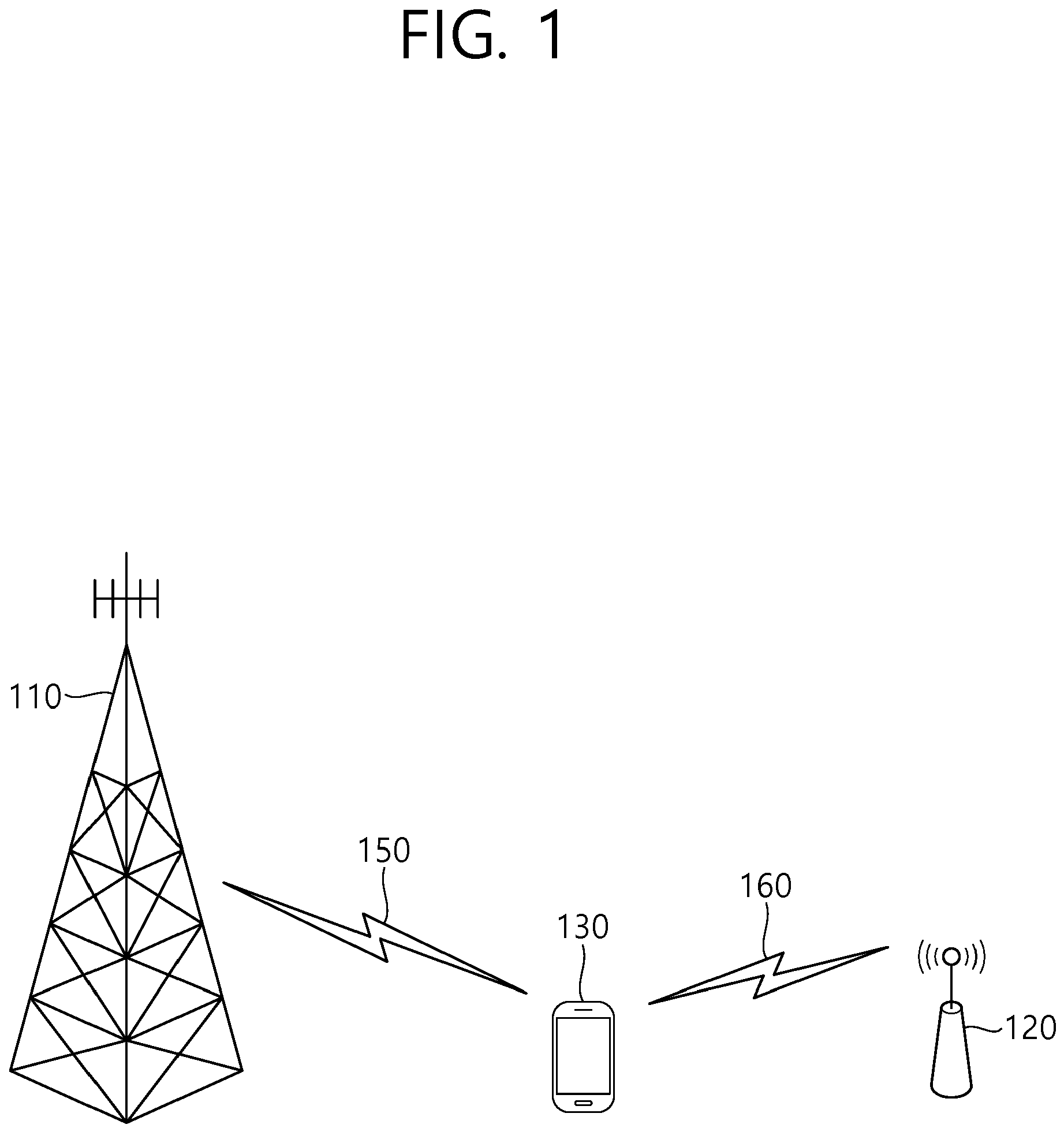 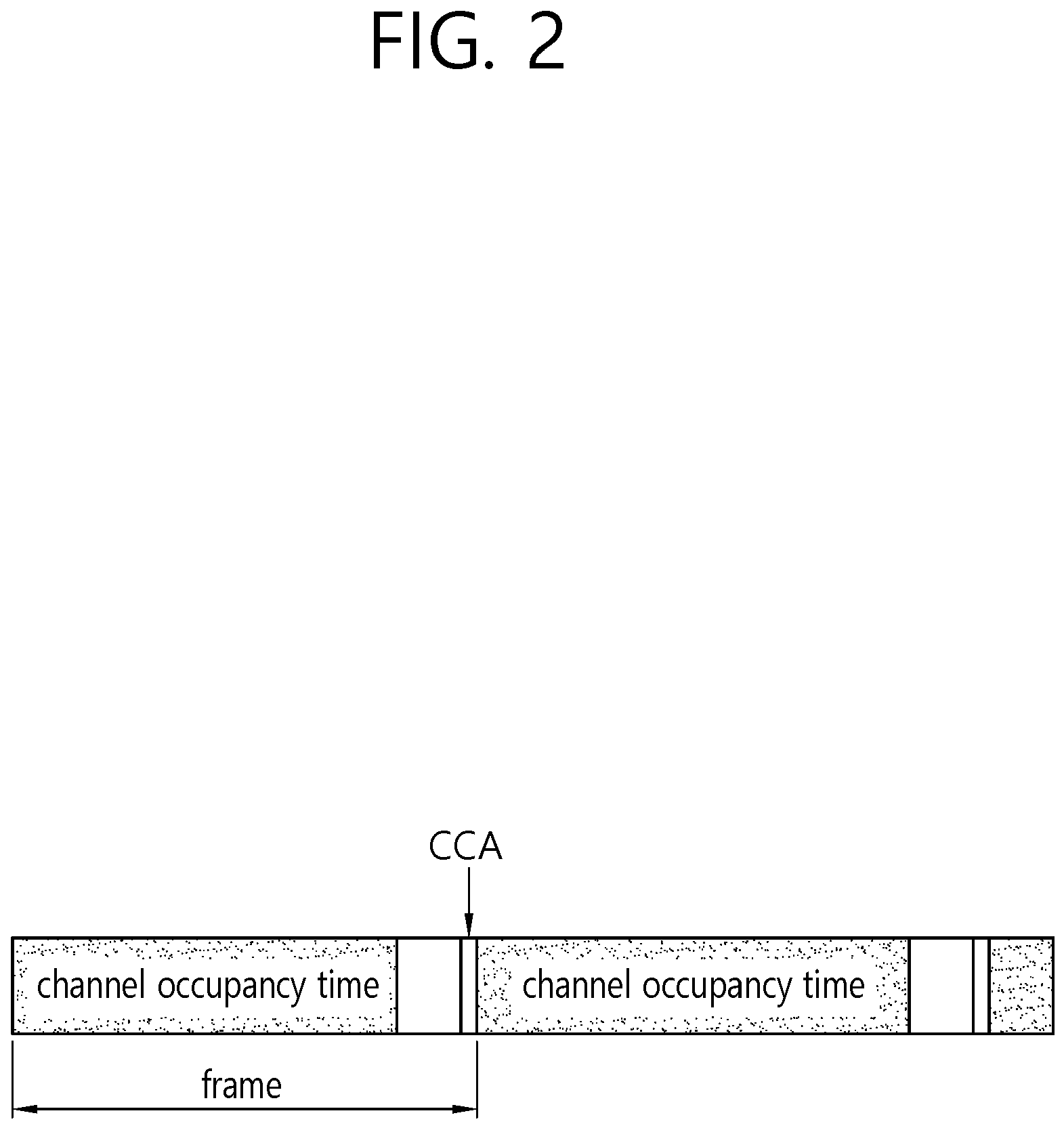 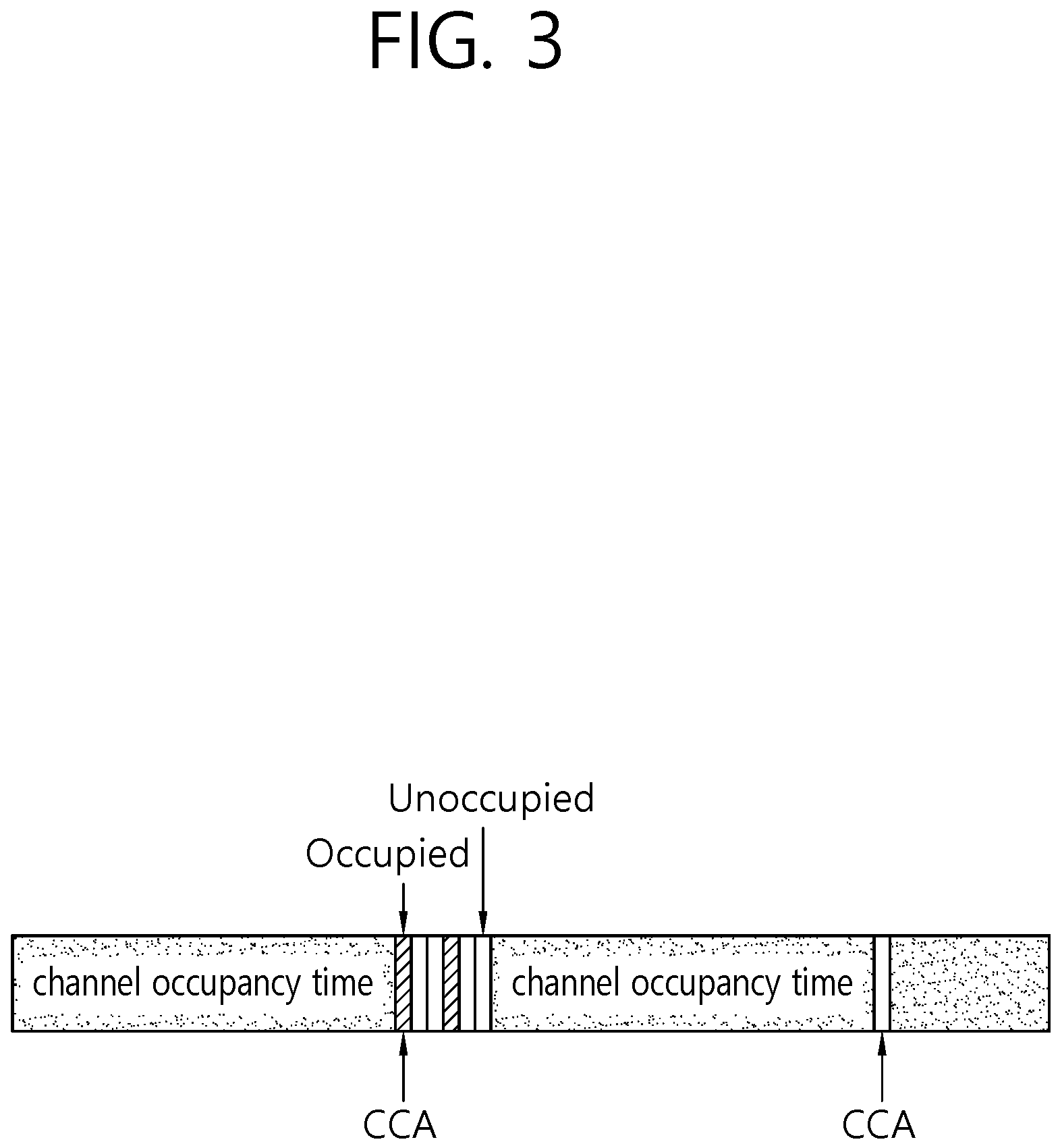 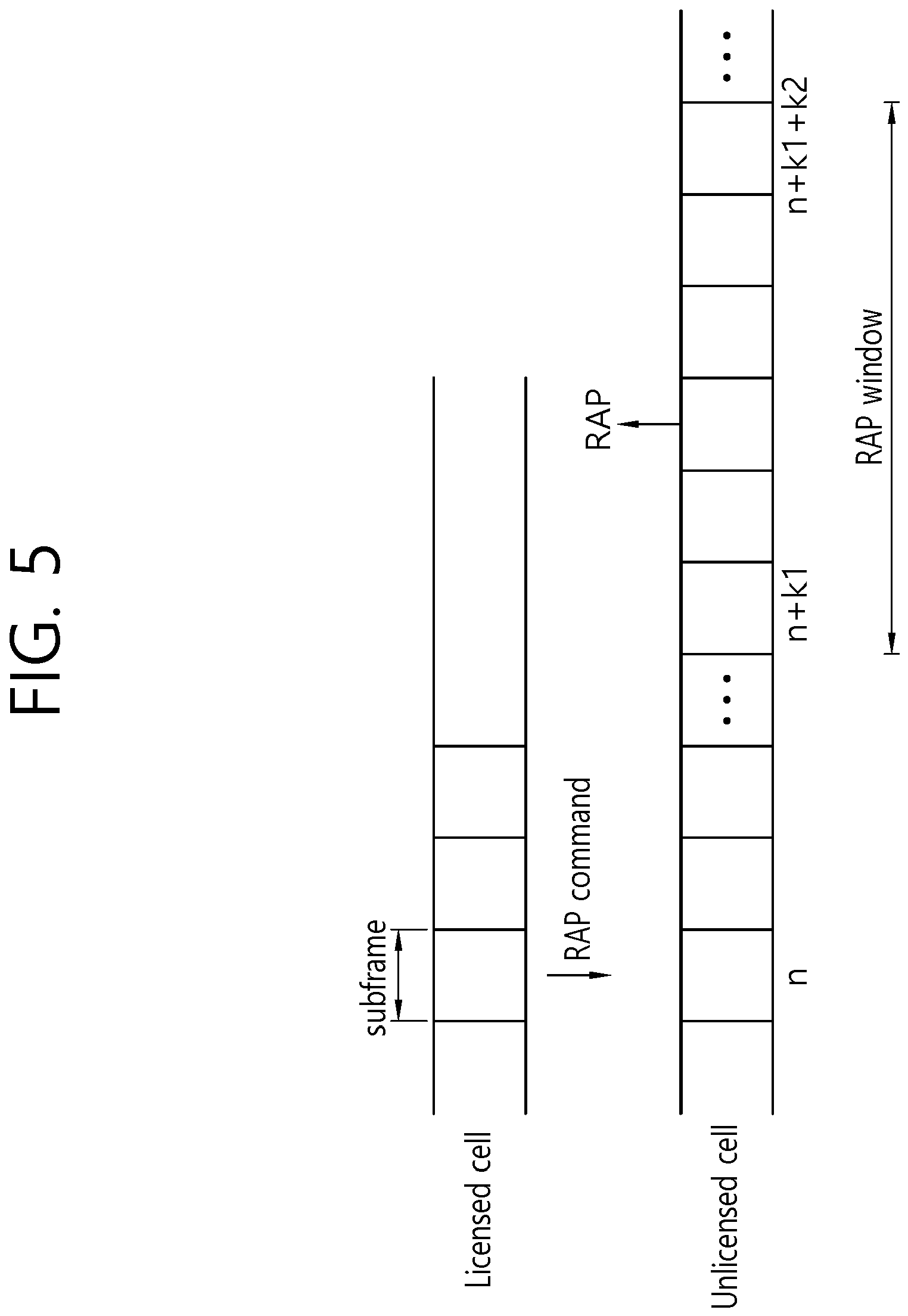 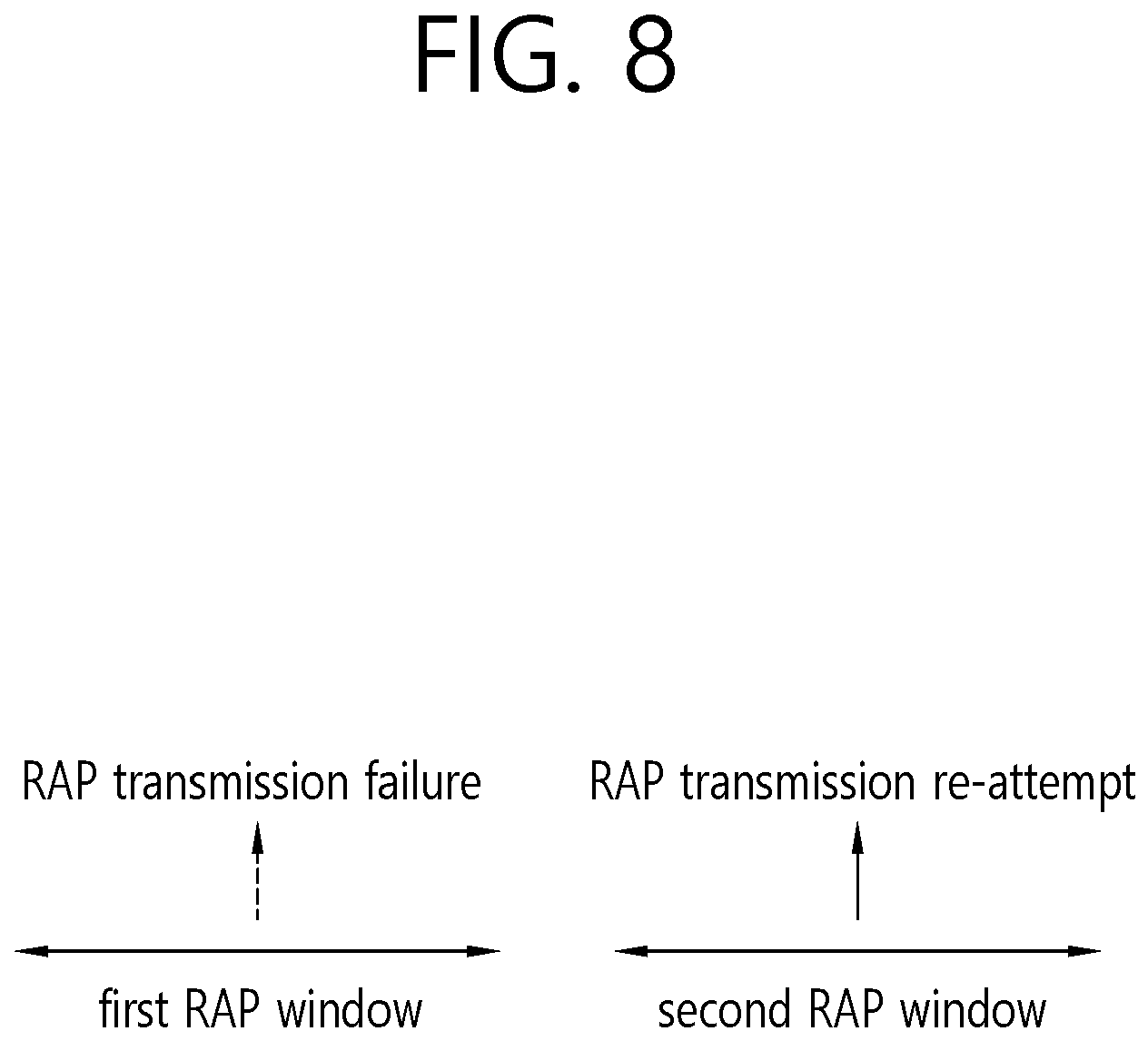 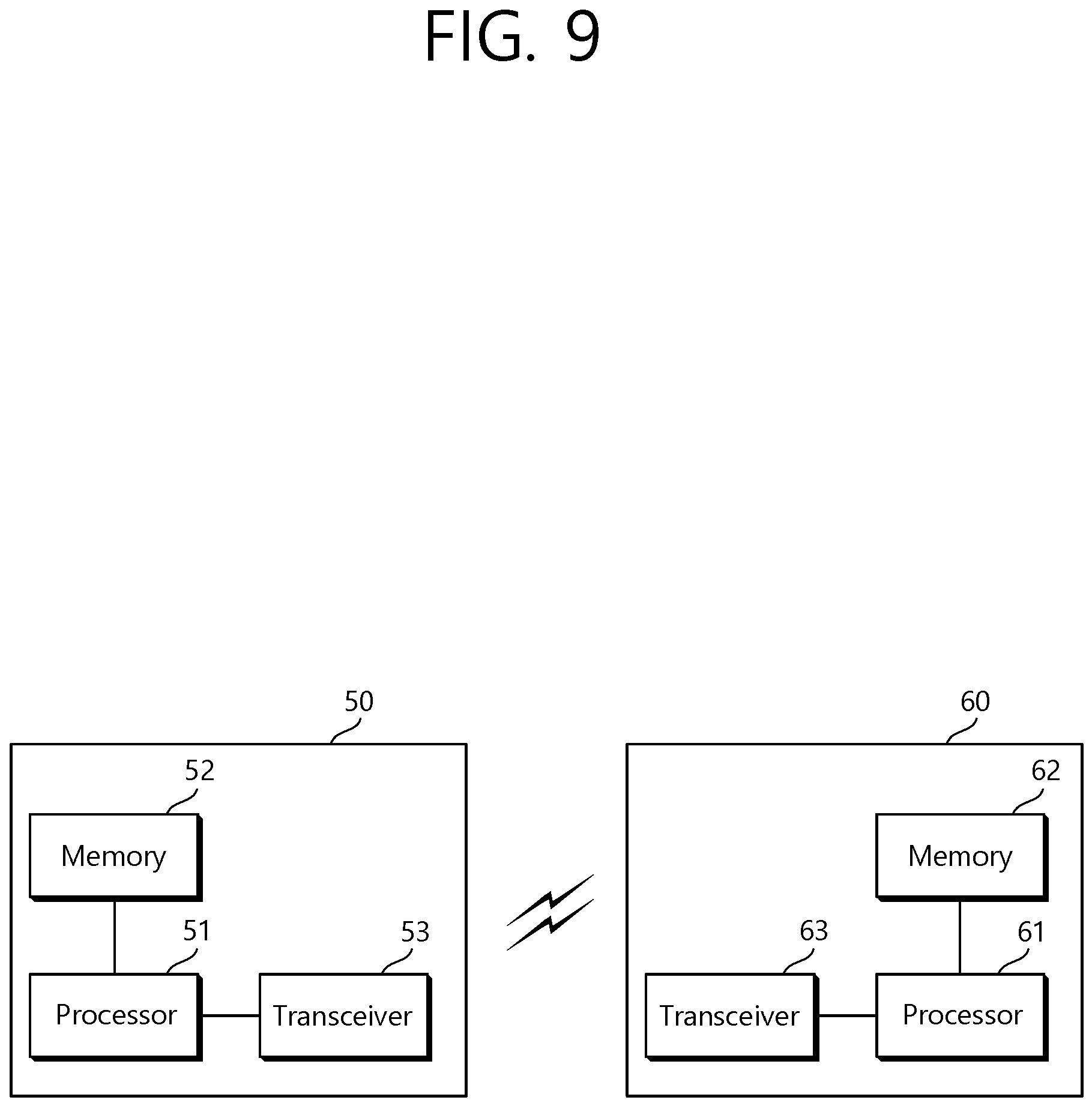