[0003] A device is known, for example from GB 872,187 A, which dispenses a fairly volumetrically stable dose of a fluid substance contained within a pressurised container.
[0004] One drawback of the known device lies in the difficulty of filling the container with the substance to be dispensed and in the pressurisation of the container.
[0005] In fact, some of the canisters are unable to withstand the filling/pressurisation operations and have to be discarded.

[0008] Further characteristics and advantages of the invention will become clearer in the description of a preferred but not exclusive embodiment of the device, illustrated - by way of a non-limiting example - in the drawings annexed hereto, in which:

Figure 1 is a section view of a device according to the present invention, in a resting position;

Figure 4 represents the detail enclosed in the circle in Figure 1, in a resting step following the dispensing step;

Figure 5 represents the device in a step for filling with the fluid substance;

Figures 6 and 7 show details of the device in Figure 1;

Figures 8, 9, and 10 show the pressurisation and filling steps for the device in Figure 1;

Figure 11 shows a section of a variant of the device in Figure 1; and

2. Device according to claim 1, wherein a second portion (13A) of the deformable wall (6) is sandwiched between a bottom (3) to which the valve (4) is fixed and the container (2).

4. Device according to claim 1, wherein the deformable wall (6) is made of a single piece of elastomeric material.

7. Device according to claims 5 and 6, wherein the deformable wall (6) extends from the deformable bag (5), and is optionally made of the same material of the bag and/or it is made in one piece with the bag.

8. Device according to claim 1, wherein inside the chamber (7) there is provided an elastic element (11) able to load the deformable wall (6) to extend it perimetrically inside the container (2).

9. Device according to claim 1, wherein the stem (8) of the valve (4) is integral with a bulge (28) which, when positioned above or below the gasket (16) does not seal, while when it is in contact with the gasket (16) it performs a seal. 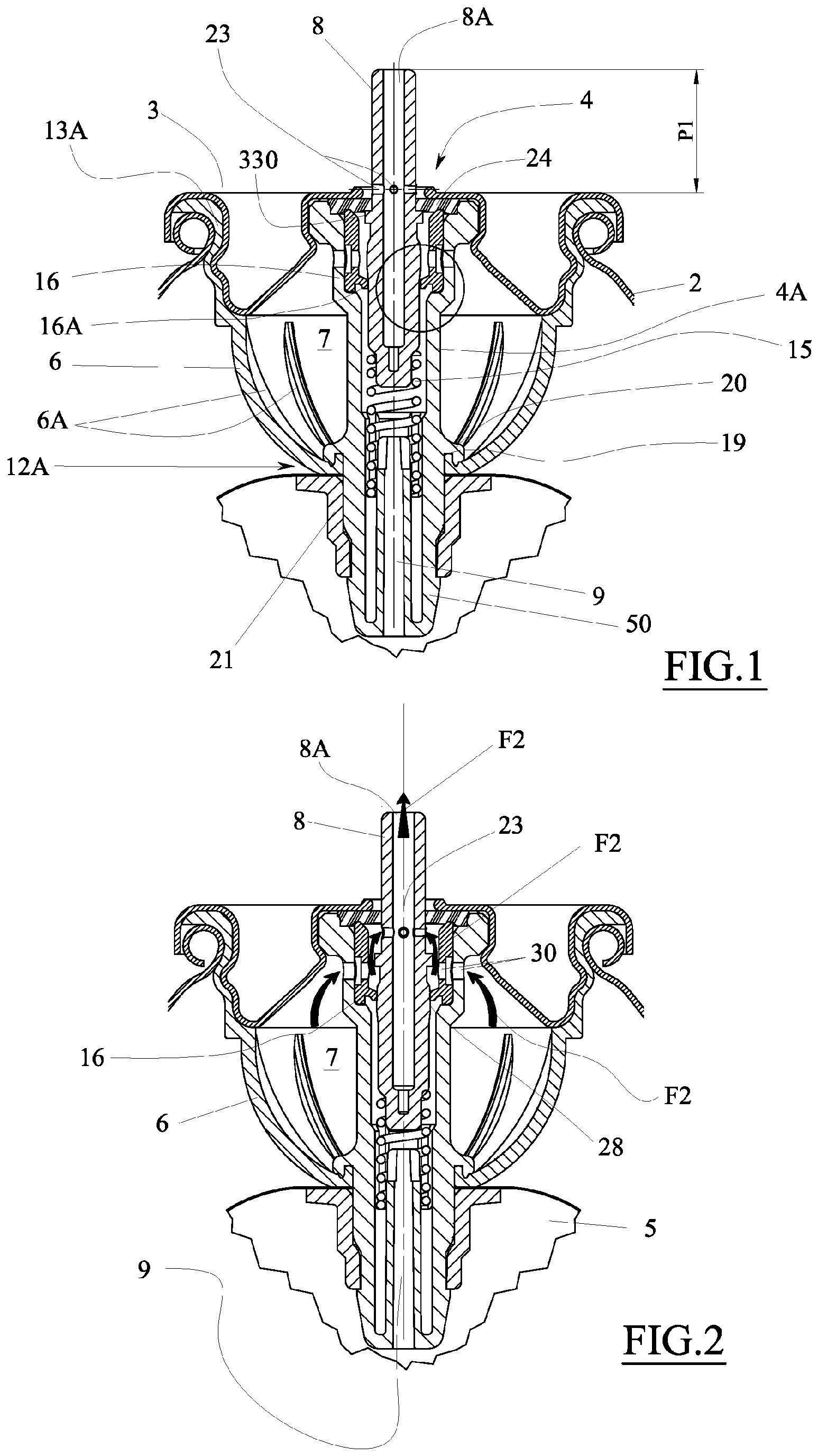 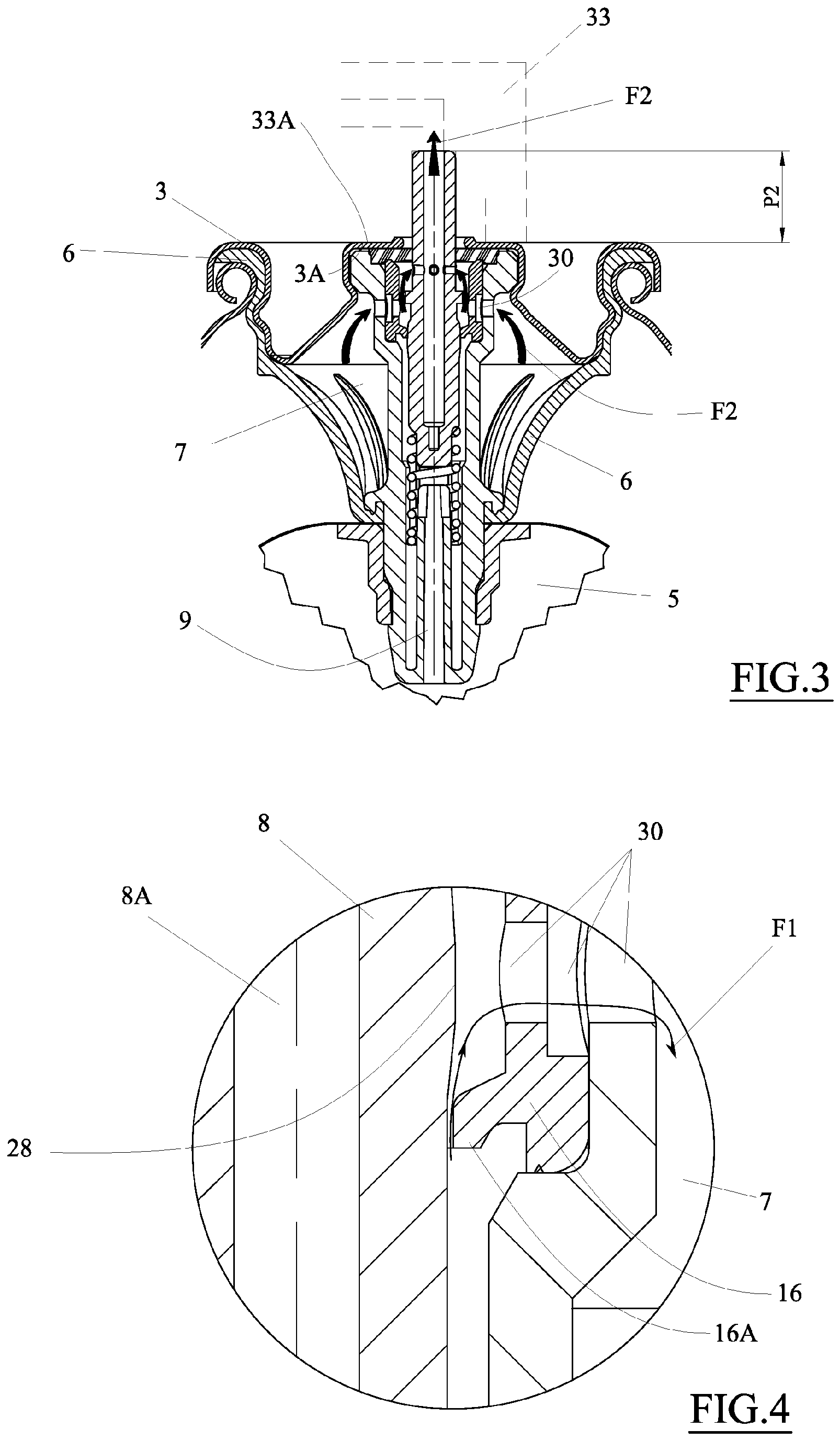 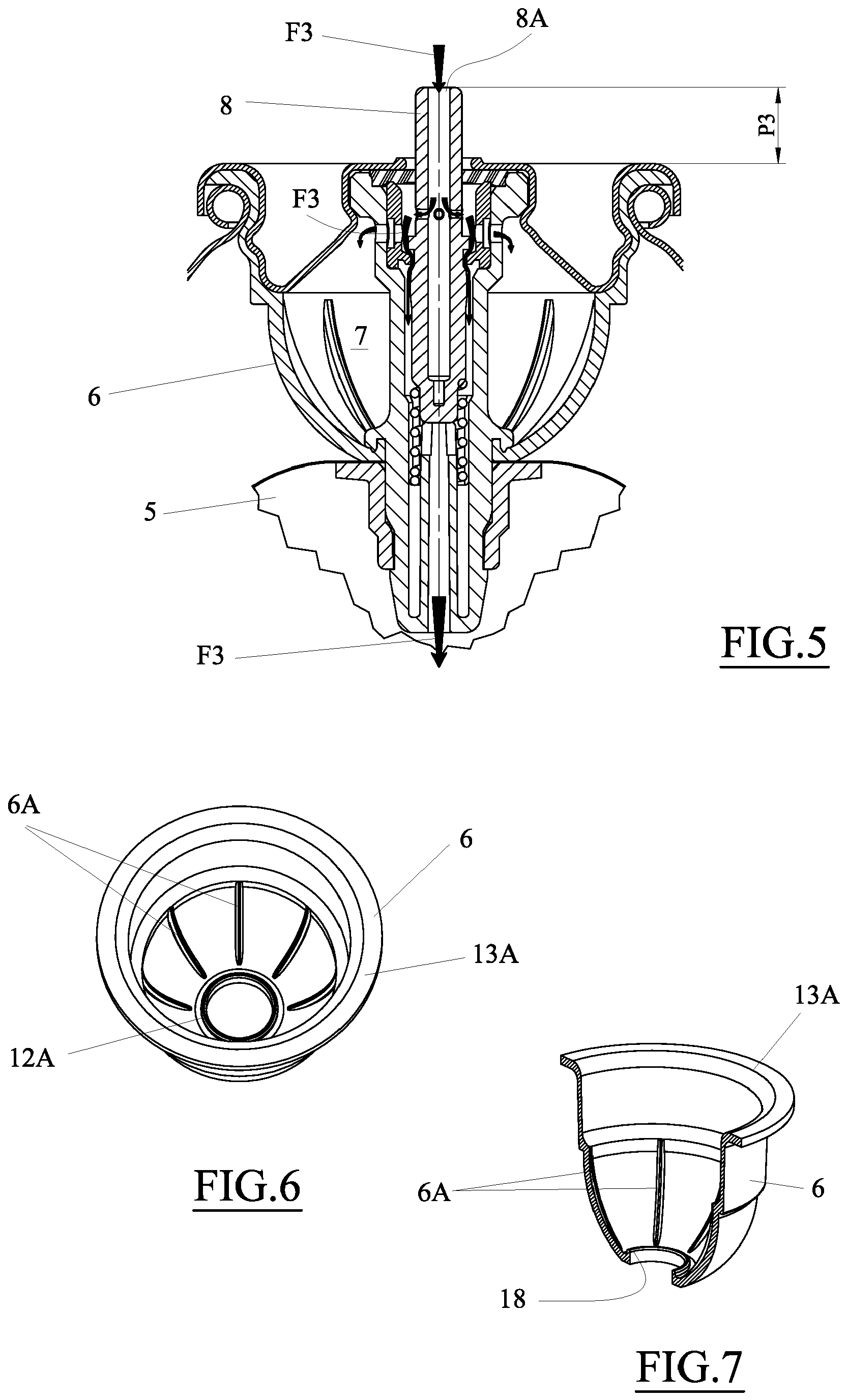 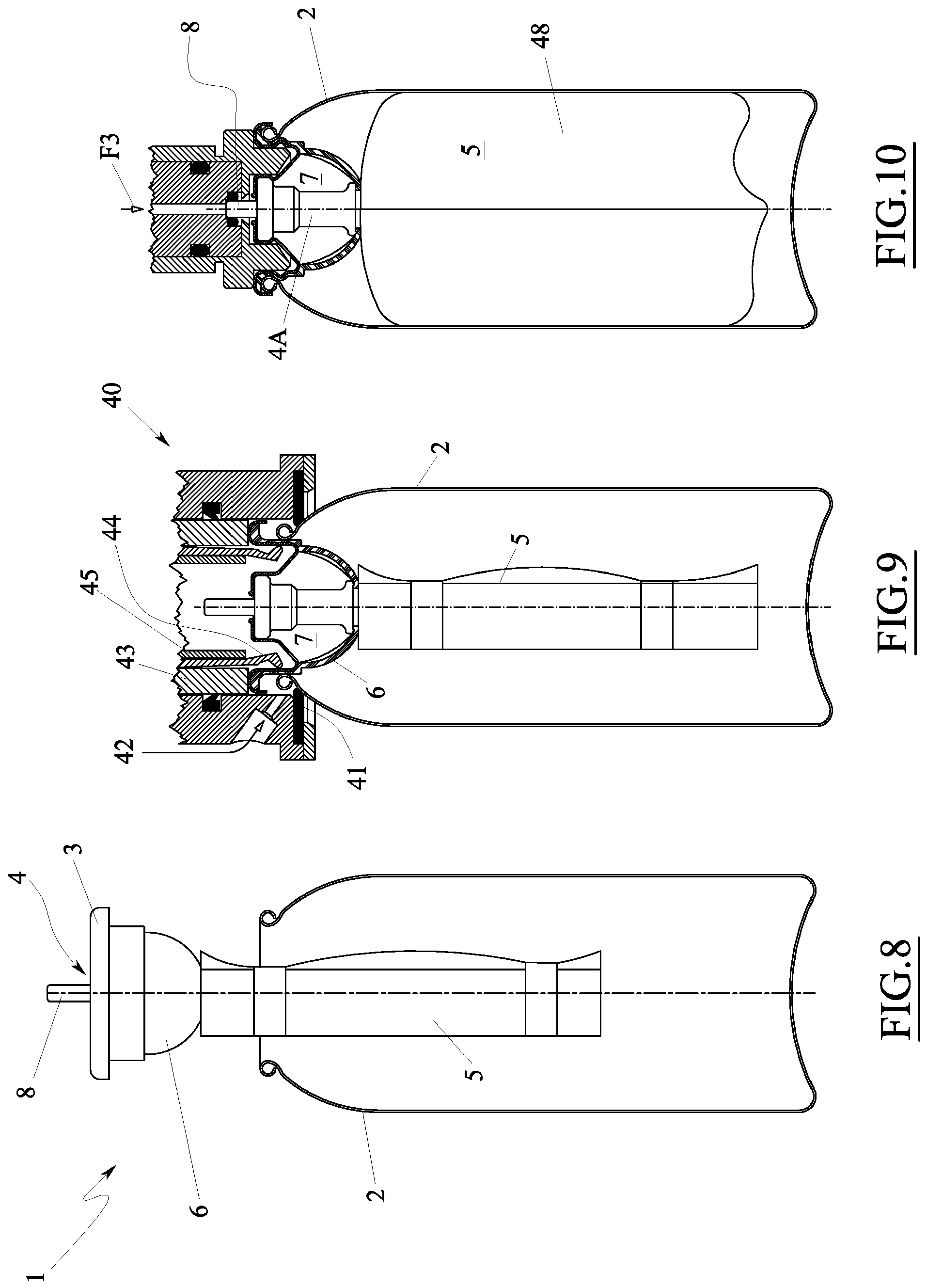 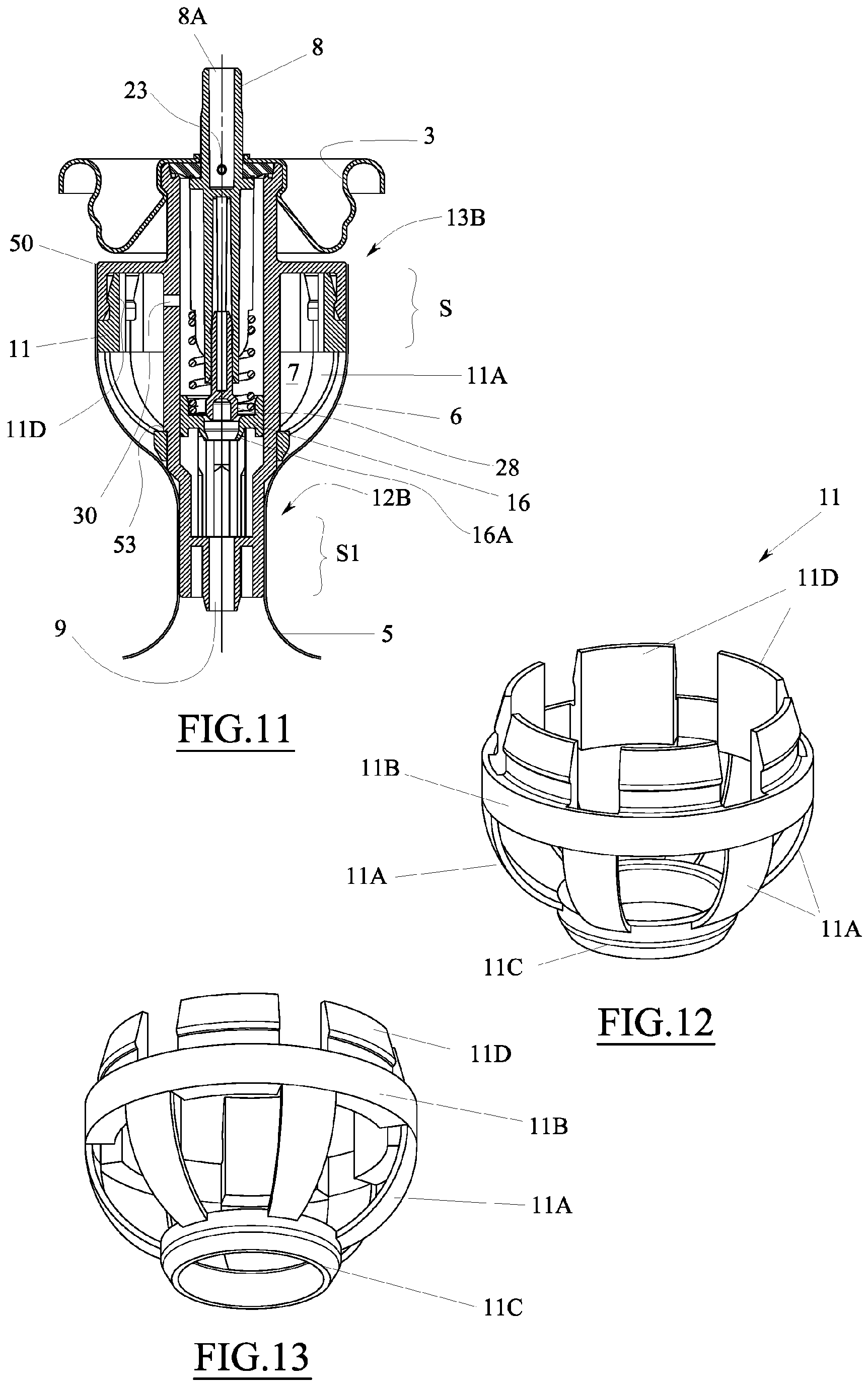 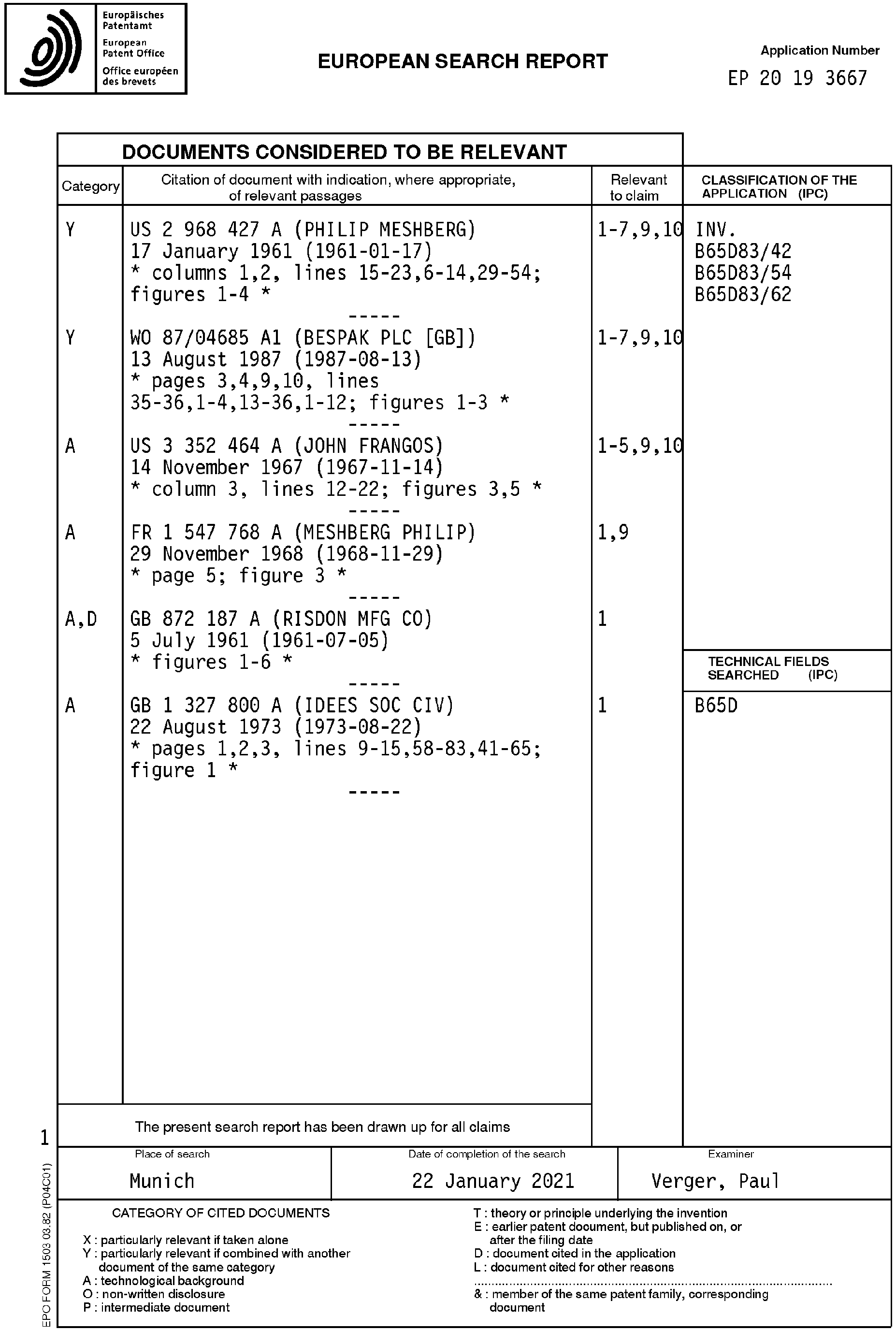 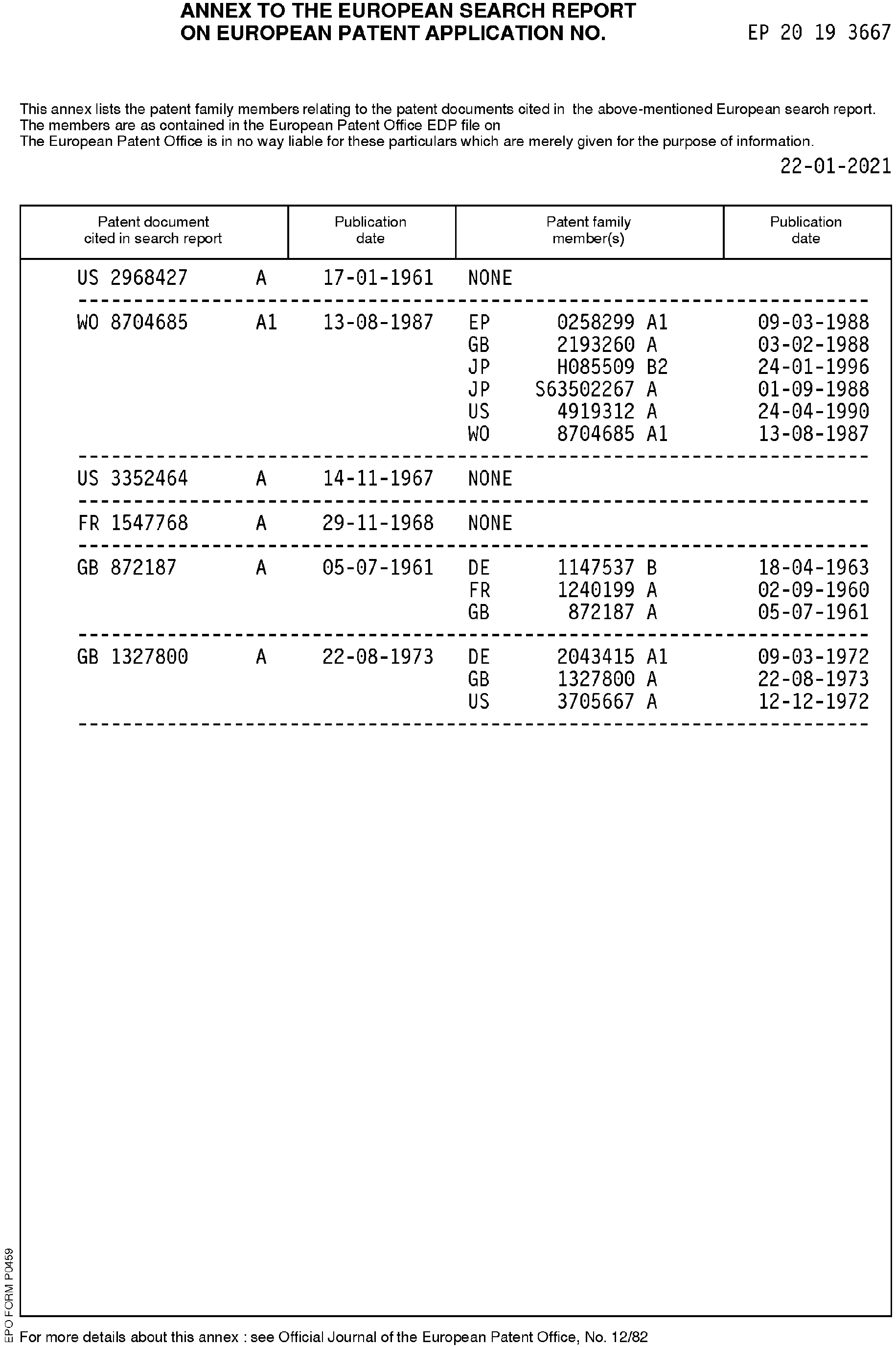