[0004] During a textile laundering process, the function of dye transfer inhibitor (DTI) agents is to prevent the redeposition of dyes from coloured textiles onto white or differently coloured textiles also present in the same wash, thus protecting the latter from tainting or staining. The issue has historically been associated with direct and acid dyes, which form relatively weak associations with textile fibres compared to other dye classes such as reactive dyes. Many agents have been described as DTI agents against such dyes, especially polymers such as polyvinylpyrrolidone (e.g., Sokalan® HP 50 from BASF), vinylpyrrolidone-vinylimidazole copolymer (e.g., Sokalan® HP 56 from BASF), poly(4-vinylpyridine-N-oxide) (e.g., Reilline® 4035 and 350 from Vertellus) and poly(4-vinylpyridine N-carboxymethylbetaine) (e.g., Chromabond® S 400 from Ashland).
[0005] In recent years, many direct dyes have been replaced in washable clothing by reactive dyes which have much better wash-fastness, yet dye transfer remains an issue for today's consumers, especially when washing new items which may have been incompletely rinsed of free dye during manufacture. The inventors have observed that other classes of dyes such as vat and sulfur dyes are important causes of dye transfer.
[0006] It is known that anionically-modified cellulosic polymers, such as carboxylmethyl cellulose (CMC), act as soil suspension polymers in laundry detergents. It is known that the soil suspension mechanism of these polymers is due to two mechanism. Firstly, the polymers adsorb at the interface of the suspended soil particle and the liquid of the laundering wash bath, which leads to a change in the electrical charge of the suspended soil particle. And secondly, the polymers adsorb onto the surface of the textile in the laundering wash bath, which leads to a change in the electrical and steric properties of the textile surface.
[0007] Due to the negative charge of the anionic moiety of these polymers, e.g. such as the COO-moiety of the CMC, the zeta potential is increased, and the barrier between the suspended soil particles and the textile surface becomes stronger and there is less redeposition.DTI agents such as polyvinylpyrrolidone, vinylpyrrolidone-vinylimidazole copolymer, poly(4-vinylpyridine-N-oxide) and poly(4-vinylpyridine N-carboxymethylbetaine) form complexes with dyes released from coloured fabrics thus preventing their redeposition on to other fabrics.
[0008] The inventors have surprisingly found that anionically-modified cellulosic polymers, such as carboxymethyl cellulose (CMC), common soil suspension additives in laundry detergents, can significantly reduce dye transfer and hence function as an effective DTI agent. Without wishing to be bound by theory, the inventors believe that the anionically-modified cellulosic polymer is reducing dye transfer through one or more of the following mechanisms: 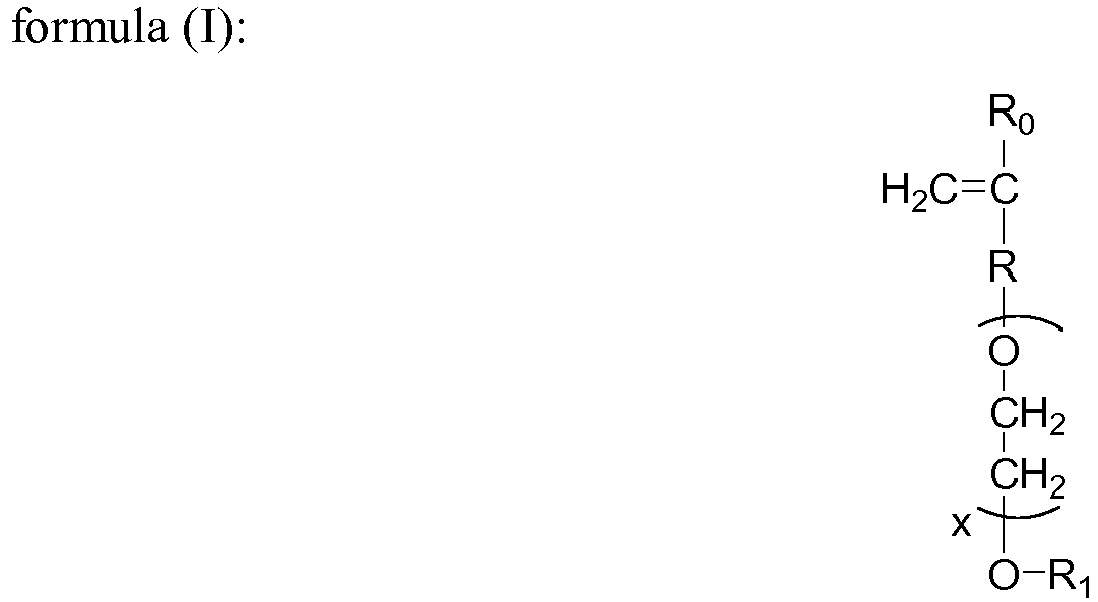 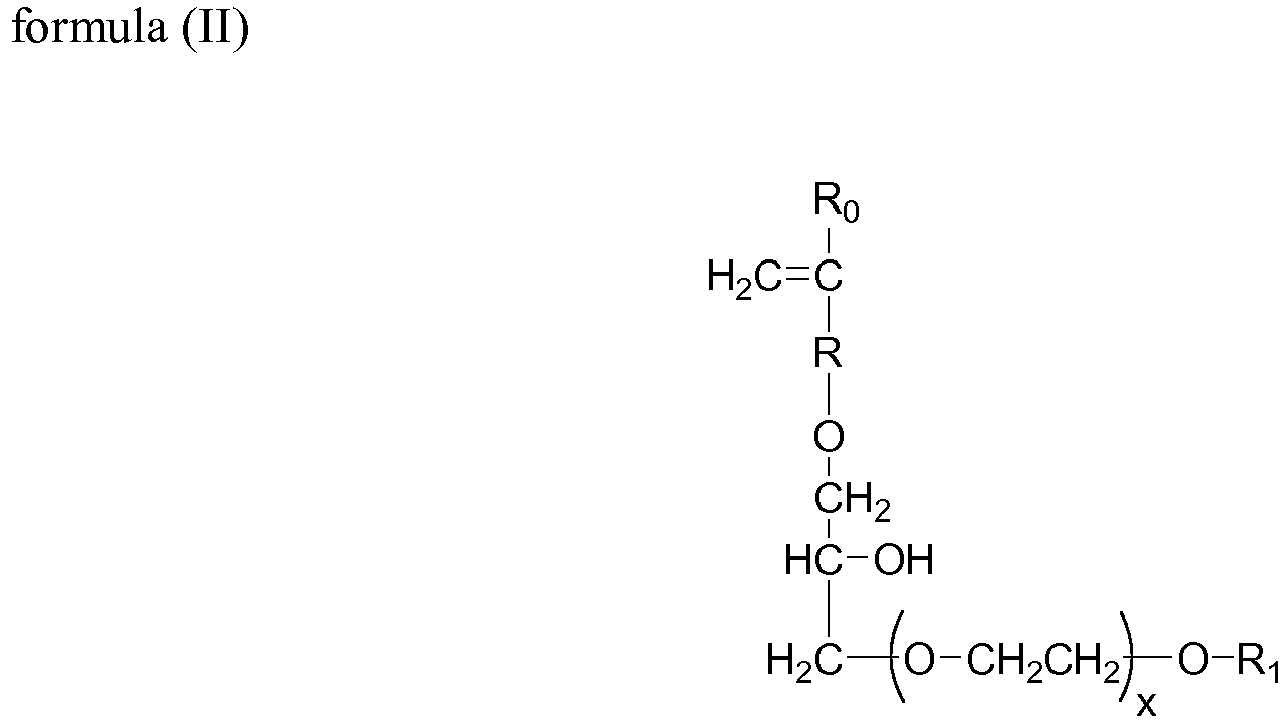 Ar is a 1,4-substituted phenylene;

sAr is 1,3-substituted phenylene substituted in position 5 with SO3Me;

[0097] The following experiment has been carried out.

I. Preparation of test compositions

[0098] A granular detergent with the following composition was used as a base detergent, this formulation is free from substituted cellulosic polymers. Components and levels in the formulation are as follows:
[0099] 10 separate wash solutions were prepared using water of 6.8 US grains per gallon hardness containing 5g/L of the above formulation for each wash cycle.
[0100] The following table shows the amounts of CMC that were added to each of the wash solutions (expressed as % active polymer in formulation) to create a dose response for two different CMC samples:

[0104] The method involves the use of a tergotometer to simulate the action of a washing machine.
[0105] Test formulations were used to wash white tracer fabrics and bleeder fabrics together with knitted cotton ballast, added to maintain a 21:1 water:cloth ratio.
[0106] Tergotometer pots containing the test solution (1.0L) plus test fabrics, at 40°C were agitated at 300rpm for 40 mins. After the wash, the test fabrics and ballast were then rinsed in fresh water (6.8 US gpg hardness at 15°C) for 5 minutes.
[0107] The wash process was repeated using the test fabrics from the first wash cycle for a further 3 wash cycles. After 4 wash cycles, the test fabrics were dried at ambient room temperature for >12 hours. The whiteness level of the test fabrics (receiver fabric) was measured by spectrophotometer and show the dye transfer inhibition performance of the two CMCs as a function of level in formulation.

IV. Comparison of the samples

[0109] The dimensions and values disclosed herein are not to be understood as being strictly limited to the exact numerical values recited. Instead, unless otherwise specified, each such dimension is intended to mean both the recited value and a functionally equivalent range surrounding that value. For example, a dimension disclosed as "40 mm" is intended to mean "about 40 mm". 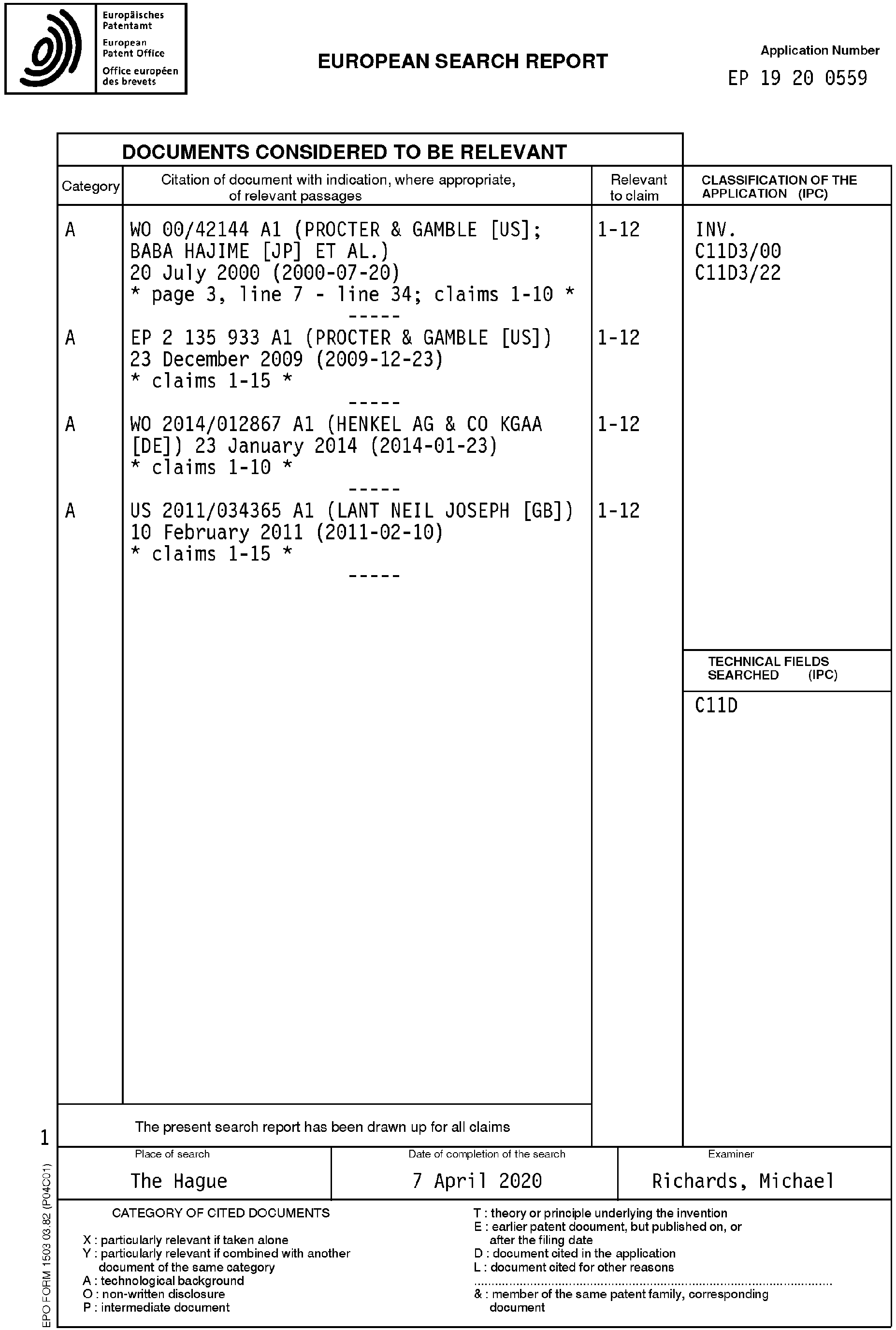 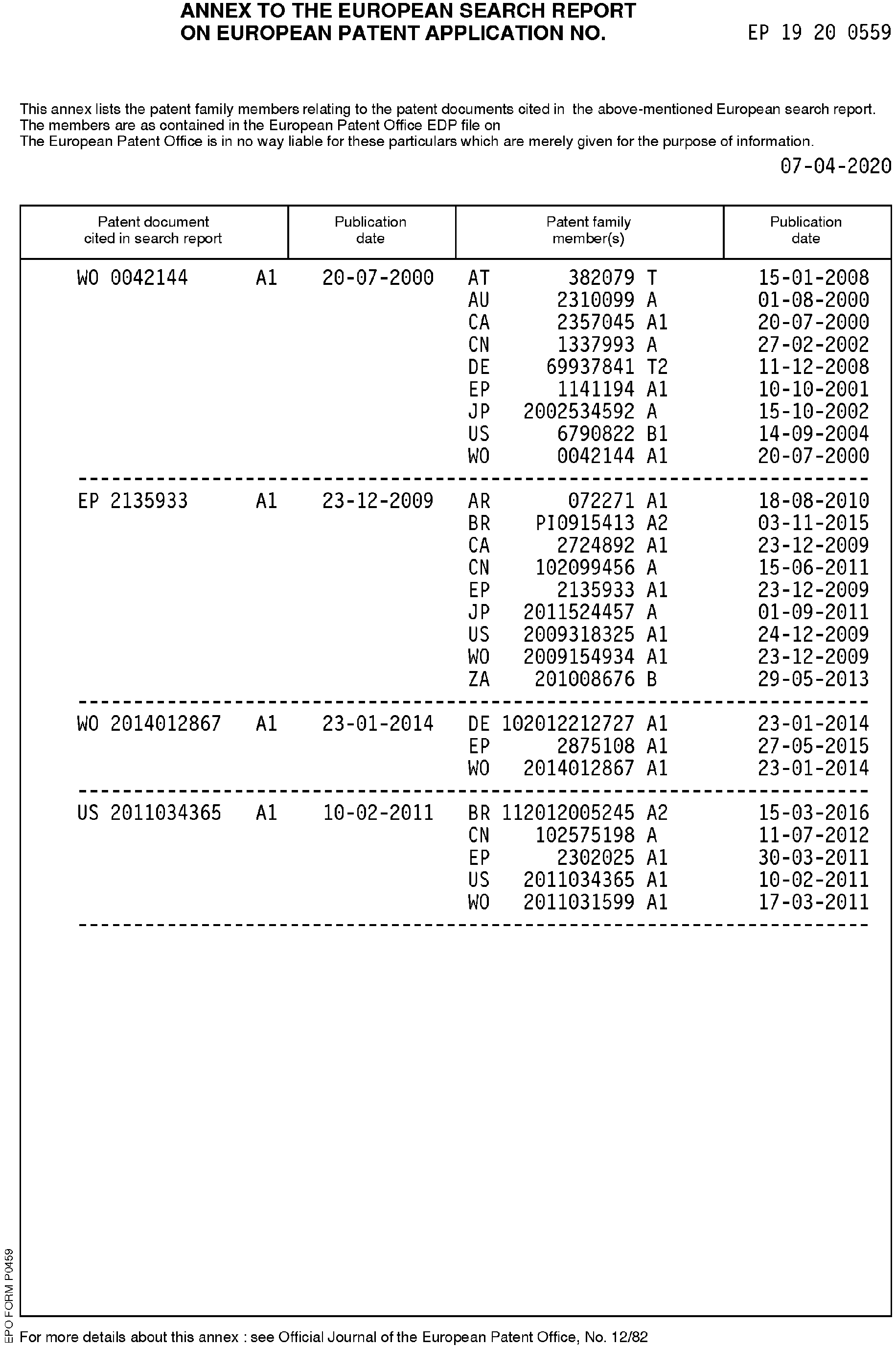