[0003] It is known that TAD systems are based on drying a wet sheet of paper by passing hot air through the sheet and a sheet support canvas carried by one or more drying drums, such that the hot air removes the water contained in the paper.
[0004] It is also known that one of the main problems of the TAD sections is the maintenance of a good uniformity of the transverse moisture profile of the paper produced.
[0005] In fact, the hot air flow is affected by the permeability of both the sheet and the support canvas. Where the paper and canvas are drier, the permeability increases, whereby preferential hot air passage zones can be created, thereby locally increasing the drying. Where there is more moisture, the permeability is lower, less hot air passes through and the drying effect is reduced.
[0006] In order to improve the uniformity of the moisture profile, flow profiling devices are known, called "profiling dampers" placed in the outlet zone and which allow to vary and control the outflow of the hot humid air produced by the passage through the drums and the paper.
[0007] A known type of system also involves the use of dampers called "sliding dampers" which allow to vary the features of the air flow downstream of the drum.
[0008] By way of example, known profiling systems are described by WO2006020300 which includes a single drum placed inside an air treatment system structured so as to make hot air flow inside the drum, where the air flows are kept divided by disks which create bulkheads.
[0009] Downstream of the drums, the individual flows are then controlled by the baffles or profiling dampers.
[0010] The known single-drum systems have some drawbacks, in particular in relation to structural complexity, and therefore the cost of the drums used, and the energy efficiency of the paper drying system, due to the path followed by the sheet of paper through the hood.

Object of the Invention

[0011] A first object of the present invention is therefore to improve the efficiency of the paper drying process, reducing the complexity of the drums used.
[0012] A further object of the invention is to be able to locally vary the pressure drop of the drying air flow in the TAD hood, so as to be able to correct any deviations from the moisture profile uniformity of the paper.

[0013] These objects have been achieved by obtaining a TAD drying hood according to at least one of the appended claims, provided with at least two drums defining a coiled path for the sheet of paper to be dried.
[0014] According to the invention, deviators are also provided at the outlet of the hood, crossed by independent air flows passing through a defined number of independent and externally controllable adjustable channels known as dampers.
[0015] A first advantage of the invention consists in the smaller size and constructional complexity of the single drum with the same length of the paper section in contact with the drums.
[0016] A second advantage consists in the possibility of separating the through air flows of the drums.
[0017] A further advantage consists in the coil shape of the trajectory followed by the paper in contact with the drums which allows a more efficient drying action of the hot air flow crossing the paper layer, due to the fact that in the system of the invention the air flow always crosses the thickness of the paper in the same direction, but the paper follows a path which leads it to curve first in one direction and then in the other. This alternating curving allows to "open" or alternately stretch the fibres located on the upper layer and, then, on the lower layer of the sheet. The air flow therefore reaches the fibres more effectively (and efficiently) throughout the thickness.
[0018] A further advantage is that the efficiency of the TAD hood is improved because the use of the coiled path through a plurality of drums allows to increase the length of the stretch of paper actually affected by the hot through air flow and to obtain a longer length of passing through the hood without having to create large drums, very complex and expensive to make and characterized by a lower efficiency due to the greater influence of the on-board disturbance effects.
[0019] A further advantage is that the profiling device of the invention provided with baffles or adjustable profiling dampers allows to adjust air flows and therefore the moisture profile along the width of the paper acting on the dampers of the profiling device from the outside.
[0020] An even further advantage is that the adjustable baffles, in combination with the presence of flow separators both in and out of the drums, guarantee the possibility of adjusting the hot air flows both in the feed direction of the sheet and along the width of the sheet itself.
[0021] A further advantage consists in the possibility to automatically adjust the moisture profile by installing in-line quality control systems (QCS) and controlled actuators on the dampers, for example electro-pneumatic.

[0022] These and other advantages will be better understood by those skilled in the art from the description below and the accompanying drawings, given as nonlimiting example, in which: 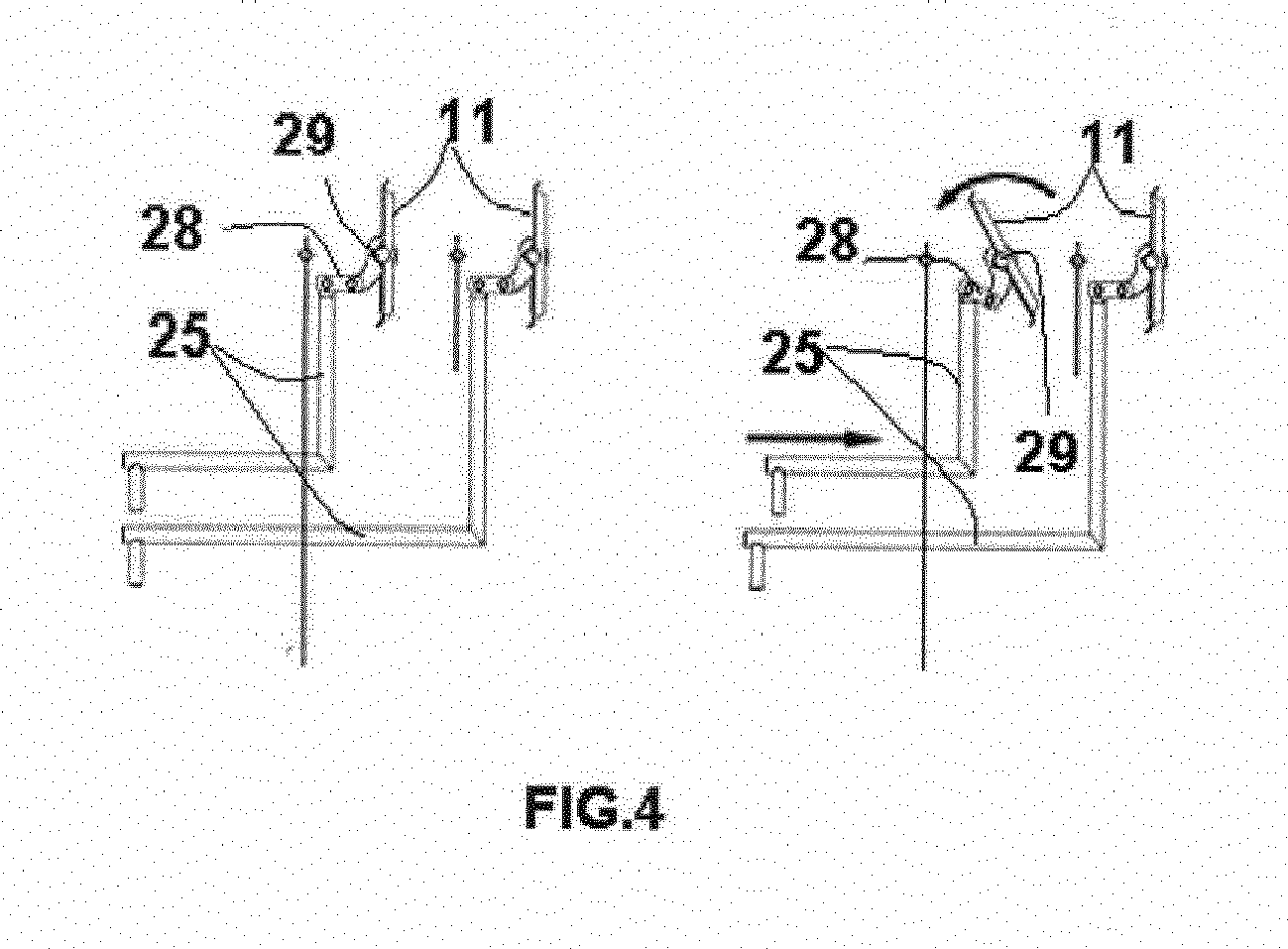 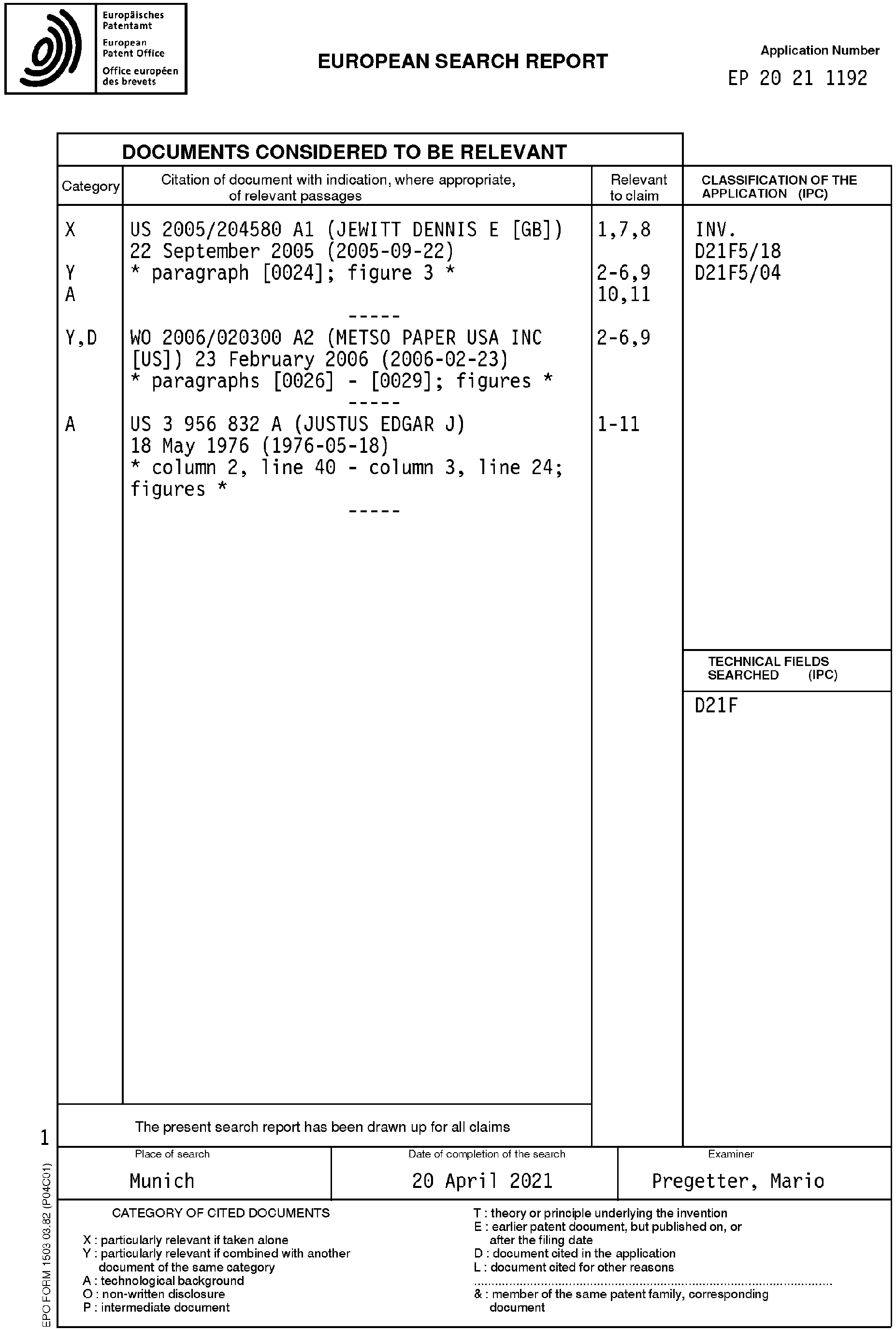 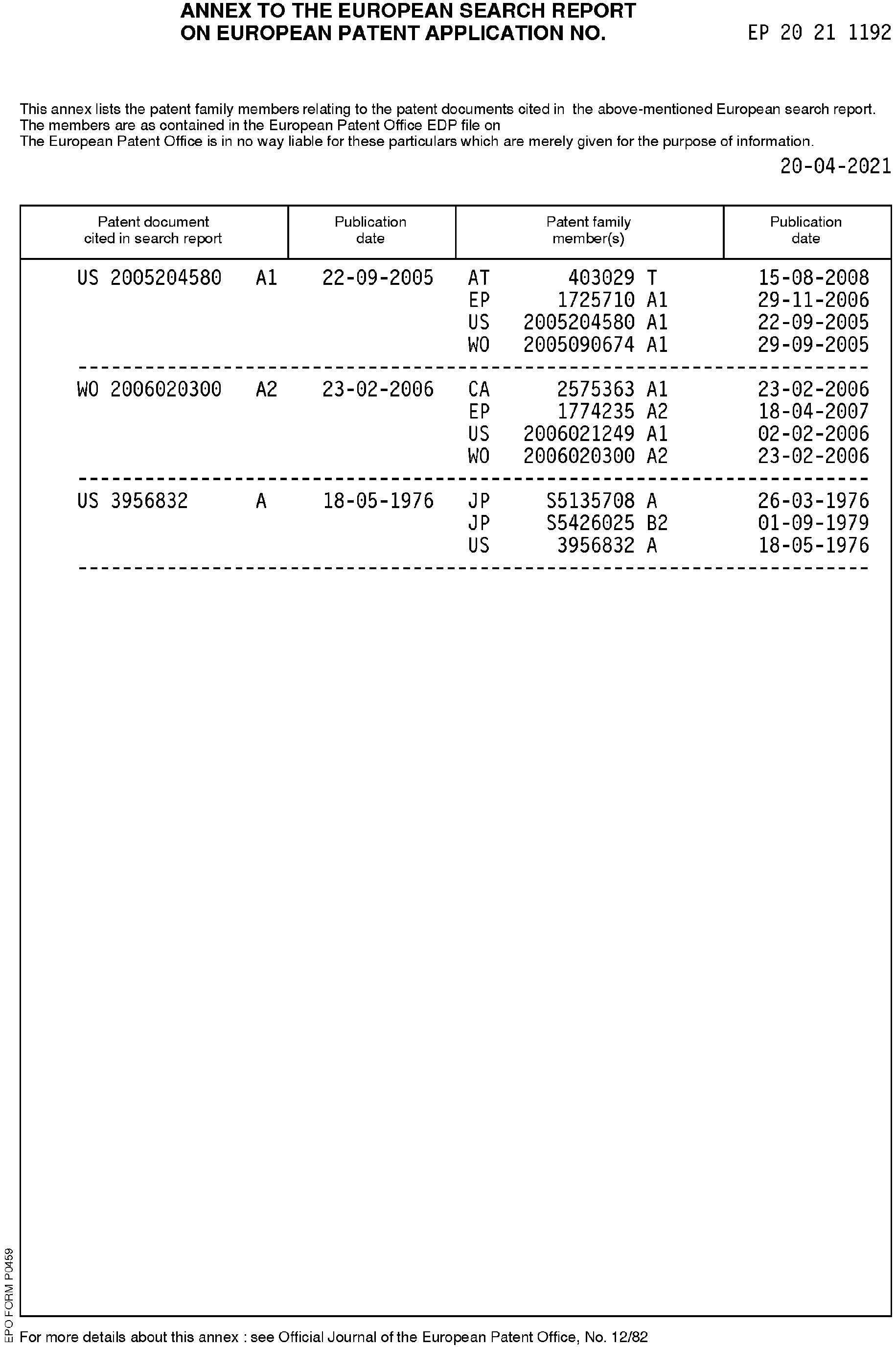