[0003] Disclosed herein is a device and apparatus for collecting one or more samples containing microorganisms from colonies of microorganisms grown on a semi-solid surface for preparation of a suspension of microorganisms in a liquid solution.
[0004] As a routine practice in medical diagnosis, biological samples such as blood are extracted from patients and analyzed to diagnose and treat illnesses. Depending upon indications, the samples may be analyzed to determine if microorganisms are present in the sample, e.g., , by blood culture (such as the BACTEC™ FX and BACTEC™ 9000 series from Becton, Dickinson and Company) or by streaking onto an agar plate (manually or by an automated instrument such as the Innova™ sold by Becton, Dickinson and Company). If microorganisms are determined to be present, there is both medical and economic justification to both identify the specific microorganism present and, to facilitate treatment, the antibiotic resistance/susceptibility of the microorganism.
[0005] Many kinds of microorganism (which will also be referred to below as microbes), particularly bacteria and unicellular fungi, can be identified by mass spectrometric ("mass spec") processes, such as Matrix Assisted Laser Desorption Ionization ("Maldi"). It is also desirable to analyze the effectiveness of an antimicrobial agent in inhibiting the growth of microbial isolates from clinical specimens. Such analysis is known as antimicrobial susceptibility testing ("AST"). In preparation for both MALDI and AST analyses, microbial colonies are collected from a semi-solid media to be used in making a heavy suspension sample.
[0006] Commonly, the process of picking sample from colonies for sample preparation is a manual process. Although there have been advancements toward automated systems, the current automated processes and devices remove only a small amount of sample from a single colony. These devices require numerous picks in order to remove the biomass contained in several colonies to acquire enough sample necessary for downstream testing (e.g., , MALDI or AST). Additionally, these systems use a direct smear process of applying microbes directly to the Maldi preparation plate. Improved devices for efficiently collecting microbial growth for use in a suspension sample are sought.

FIG. 1 illustrates embodiments of the end portion of the pick tool described herein.

FIG. 2A-F illustrate detail views of embodiments of the tips of end portions in FIG. 1.

FIG. 3A-C illustrate detail views of alternative tip geometries for the end portion of the pick tools illustrated in FIG. 1.

FIG. 4A-D illustrate detail views of alternative tip geometries for the end portion of the pick tools illustrated in FIG. 1.

FIG. 5A-I illustrate detailed views of additional features of tip geometries for the end portion of the pick tools illustrated in FIG. 1.

FIG. 6A-B illustrate embodiments of the present invention wherein the pick tool has a scooping or spatula portion.

FIG. 7 illustrates another embodiment of a tip for the end portion of the pick tools illustrated in FIG. 1 that is a metal probe having a plastic sheath.

FIG. 8 illustrates another embodiment of a tip for the end portions of FIG. 1, which tip has a detachable sheath and a pushing mechanism for collecting microbes, in accordance with one embodiment of the present invention.

FIG. 9A-E are perspective views illustrating one embodiment of the pick tool and the one pick process for collecting and releasing sample.

FIG. 10A-C illustrate unassembled portions of one embodiment of the invention that utilizes a magnetic stirrer assembly.

FIG. 11 A-D illustrates the magnetic stirrer assembly of one embodiment of the present invention.

FIG. 13A-D illustrate the picking process using a magnetic stirrer assembly, in accordance with one embodiment of the invention using the tool illustrated in FIG. 11D.

FIG. 14 illustrates a pipetting system as one embodiment of the invention.

FIG. 15 illustrates microfeature patterns that are one embodiment of the present invention.

FIG. 16 illustrates pick tools having the microfeature patterns of FIG. 15.

1. An automated method for collecting a biological sample from a semi-solid surface comprising:

- providing a robotic pipettor adapted to receive a pipette tip,

- collecting a portion of sample;

- dispensing at least a portion of the sample from the pipette tip into the solution. 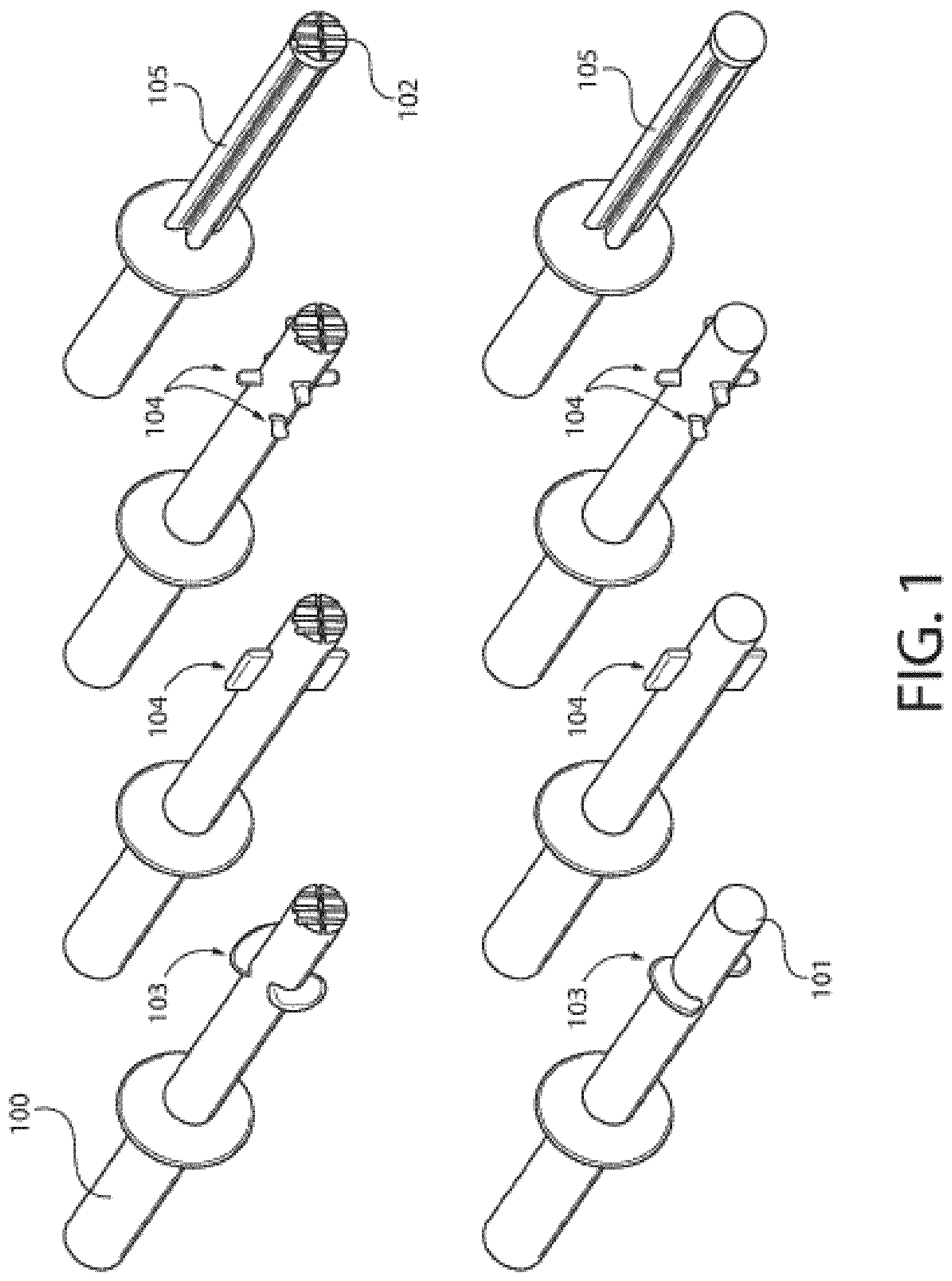 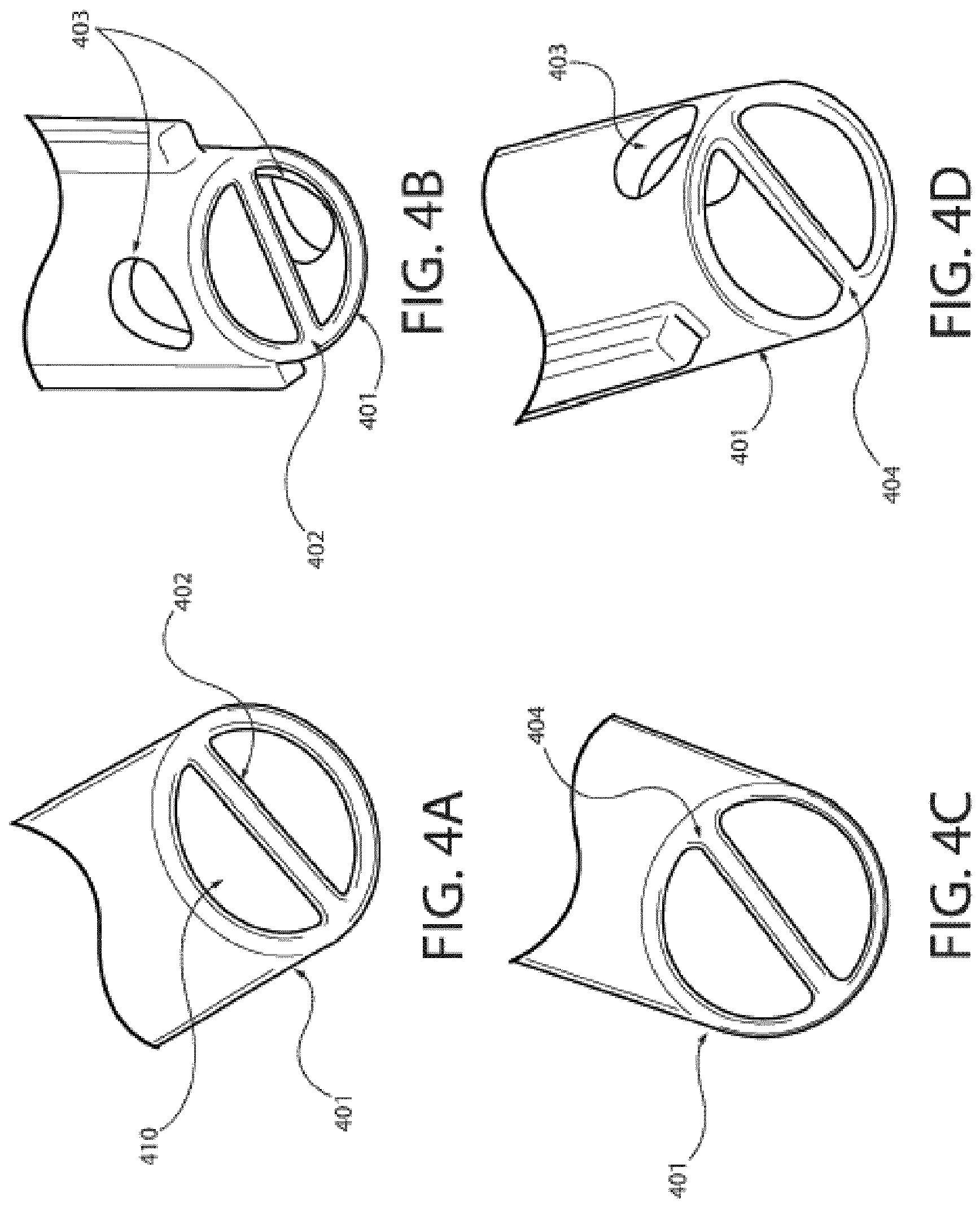 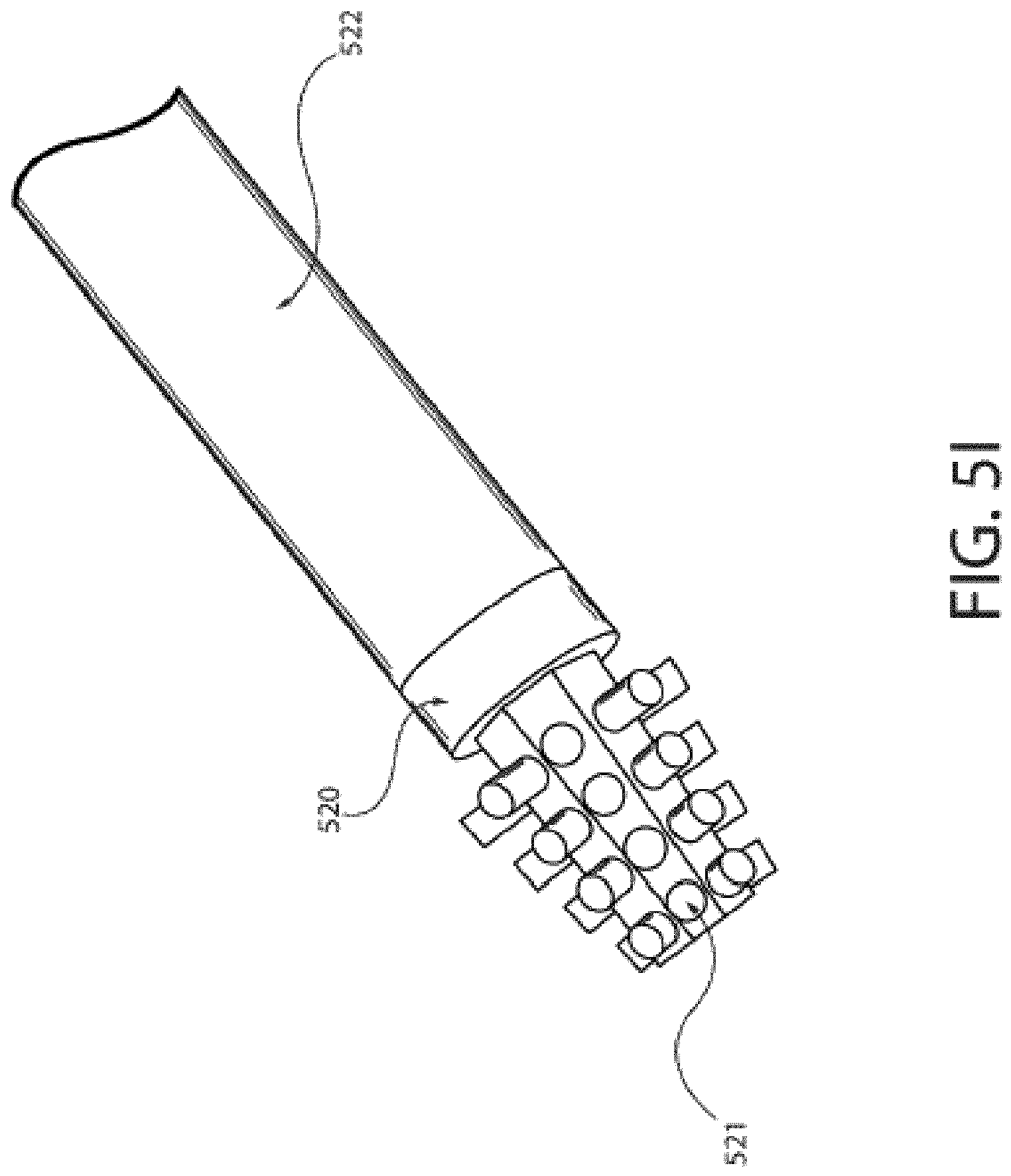 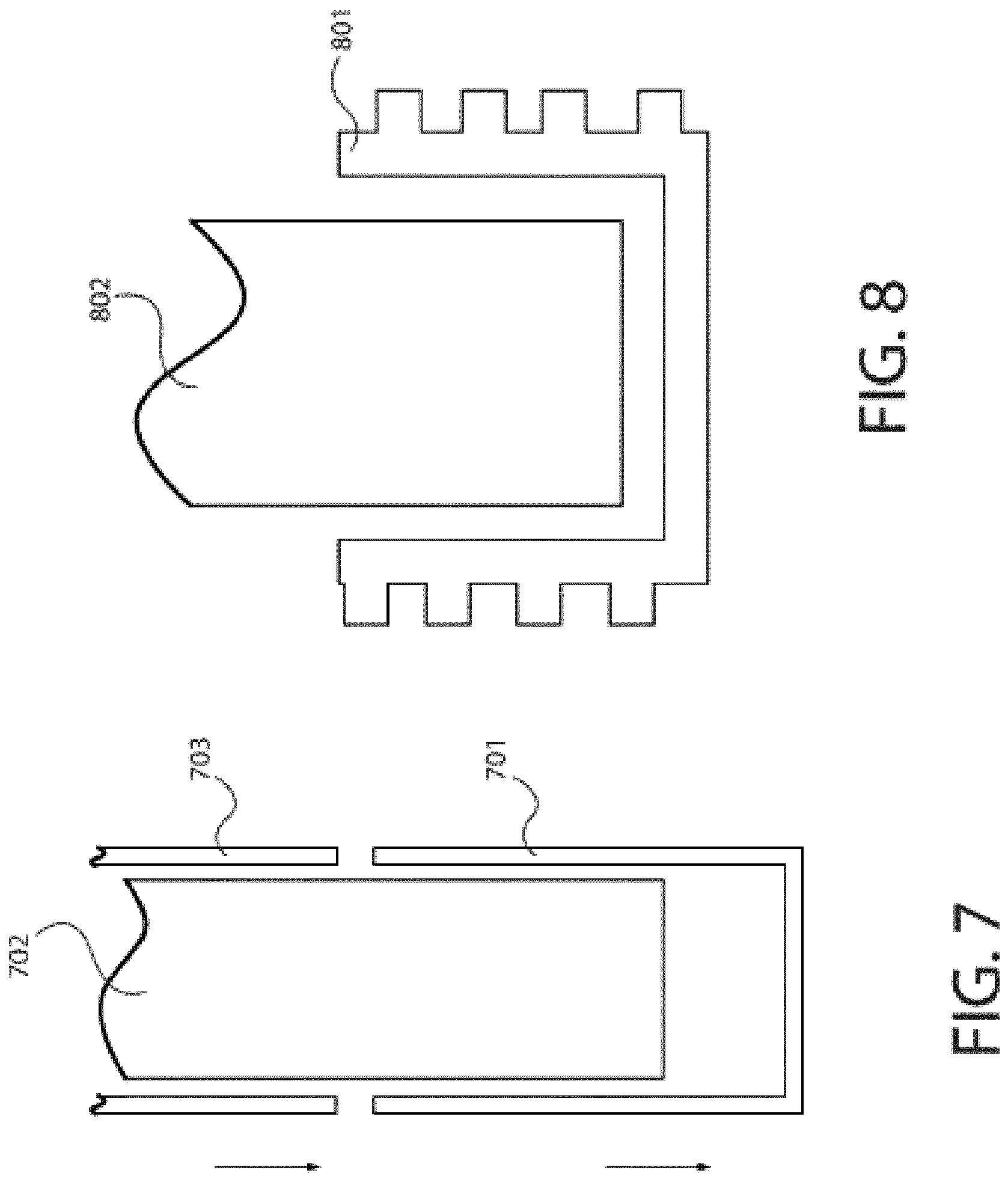 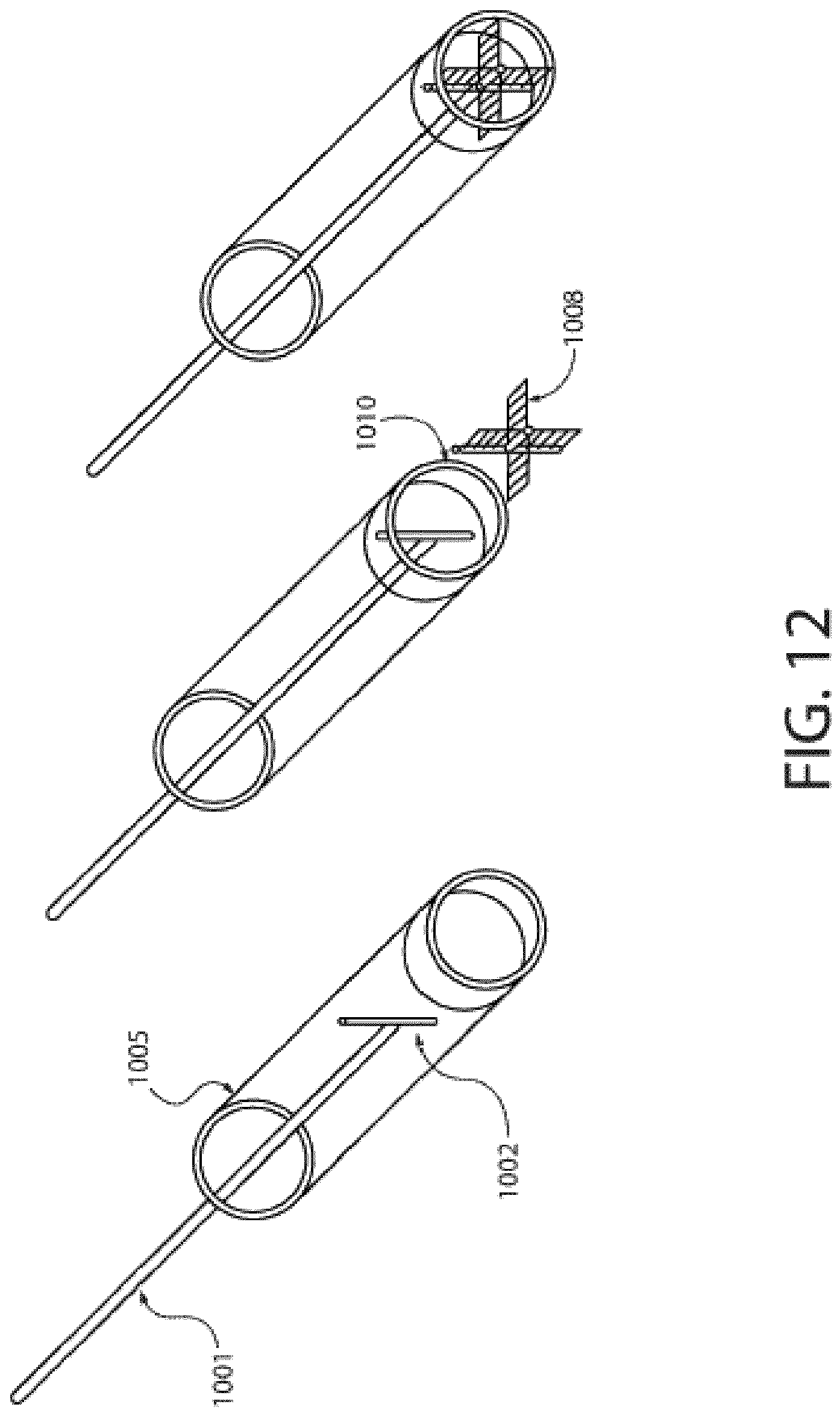 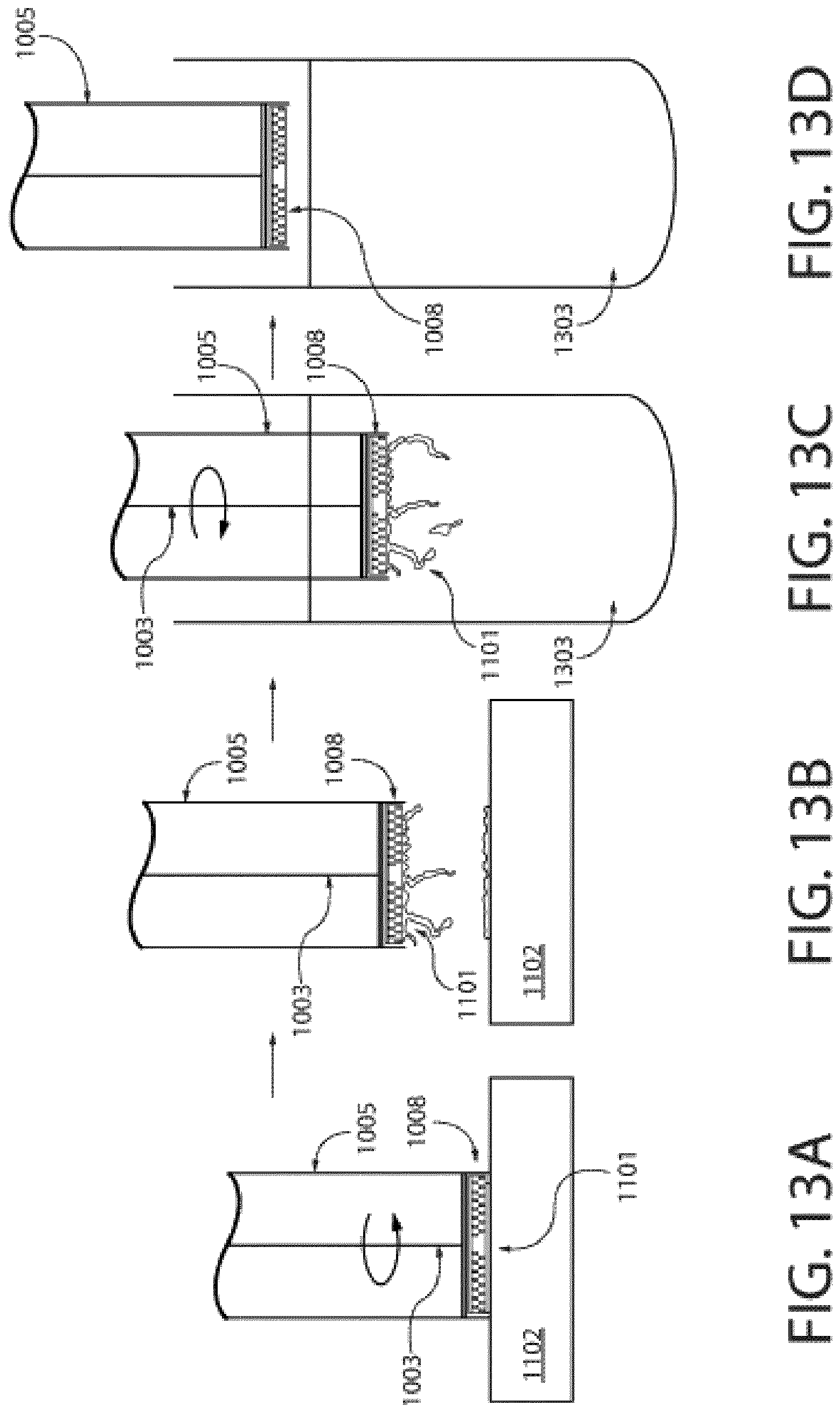 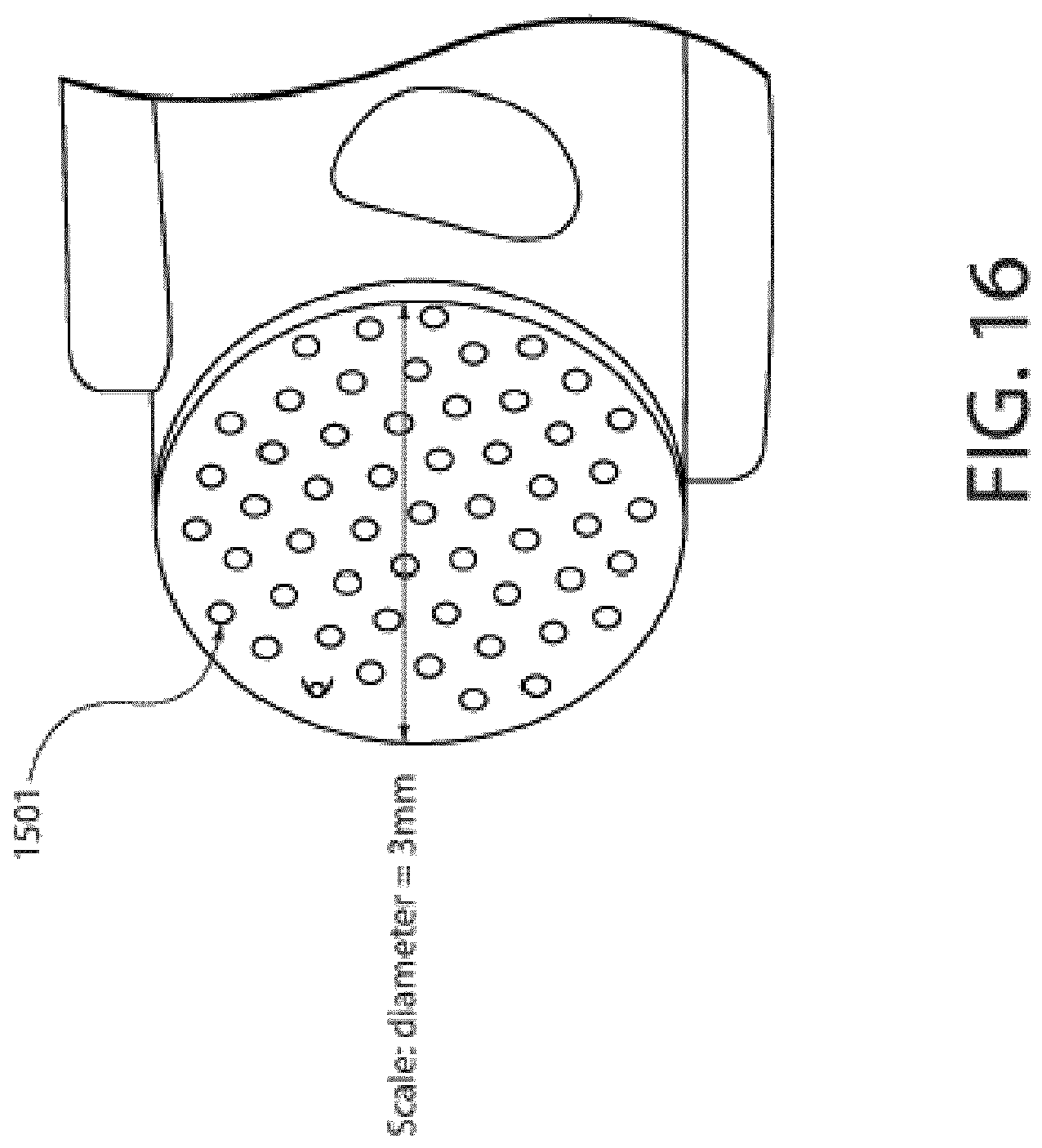 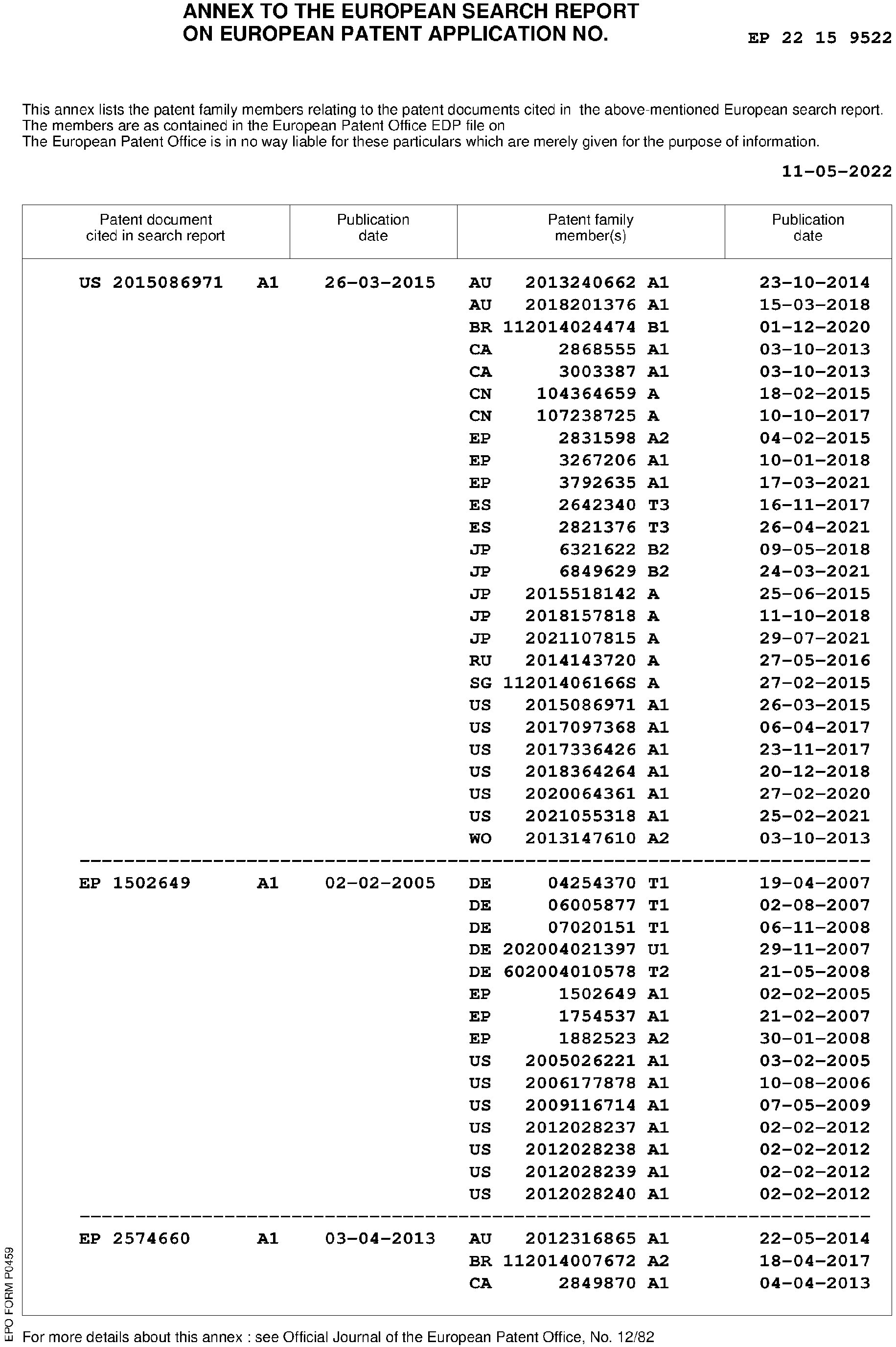 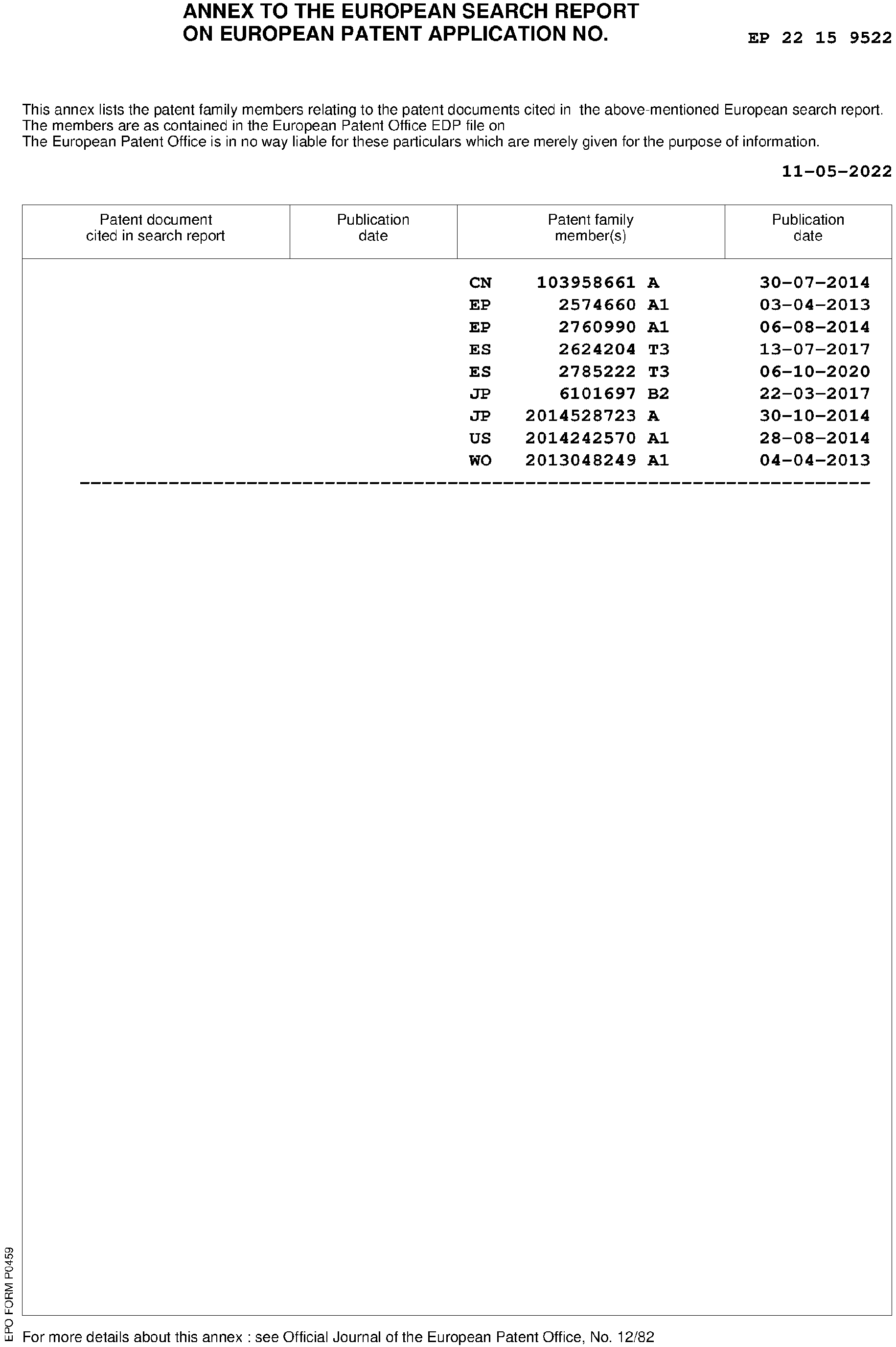