[0032] Even if the Zener diode Zn does not have enough reverse current to conduct, the resistor Rn will allow current flow. If the resistor Rn is designed for maximum power, at small LED current the voltage drop will not be equal to one LED forward voltage, but for this low power, the backlight driver BL can afford this increase in power dissipation which will be smaller than high current power dissipation.
[0033] Advantages of the inventive solution are, amongst others:
[0034] The solution according to the invention can be used on any constant current backlight drivers with common anode for all lighting applications that have asymmetric LED count per chain.
[0035] In Fig.5, the backlight driver BL with multiple chains with asymmetric LED count NLS per chain is represented together with an equalization circuit 12. The figure shows a backlight driver BL with integrated current sink and adaptive boost control, a Zener diode Zn with reverse breakdown voltage VREVn similar to the respective LED forward voltage, as well as a balancing and protection resistor Rn, with resistor value R=Vz_max2/Pr_max where Vz_max is the maximum Zener voltage and Pr_max is the maximum allowed power dissipation on the resistor Rn.
[0036] Based on thermal performance, the parallel resistor Rn with the Zener diode Zn can be calculated to different values depending on the application use case. By modifying resistor Rn value, a proper power distribution balancing can be performed between Zener diode Zn and resistor Rn so that proper thermal behaviour is achieved.

- a picture generating unit (10) for creating an image to be displayed as a virtual image (VB) to a viewer; and

- a display unit according to any of the preceding claims. 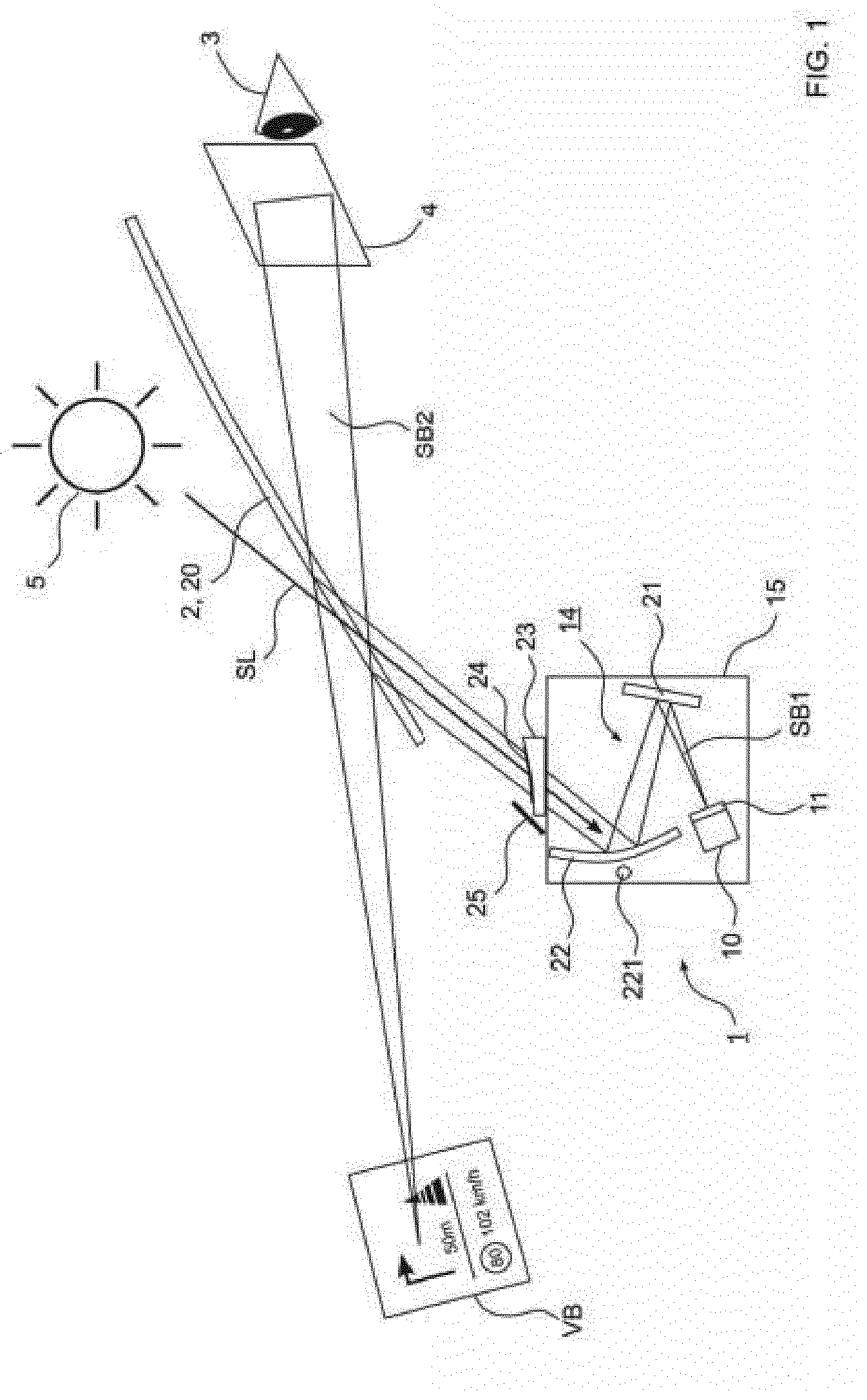 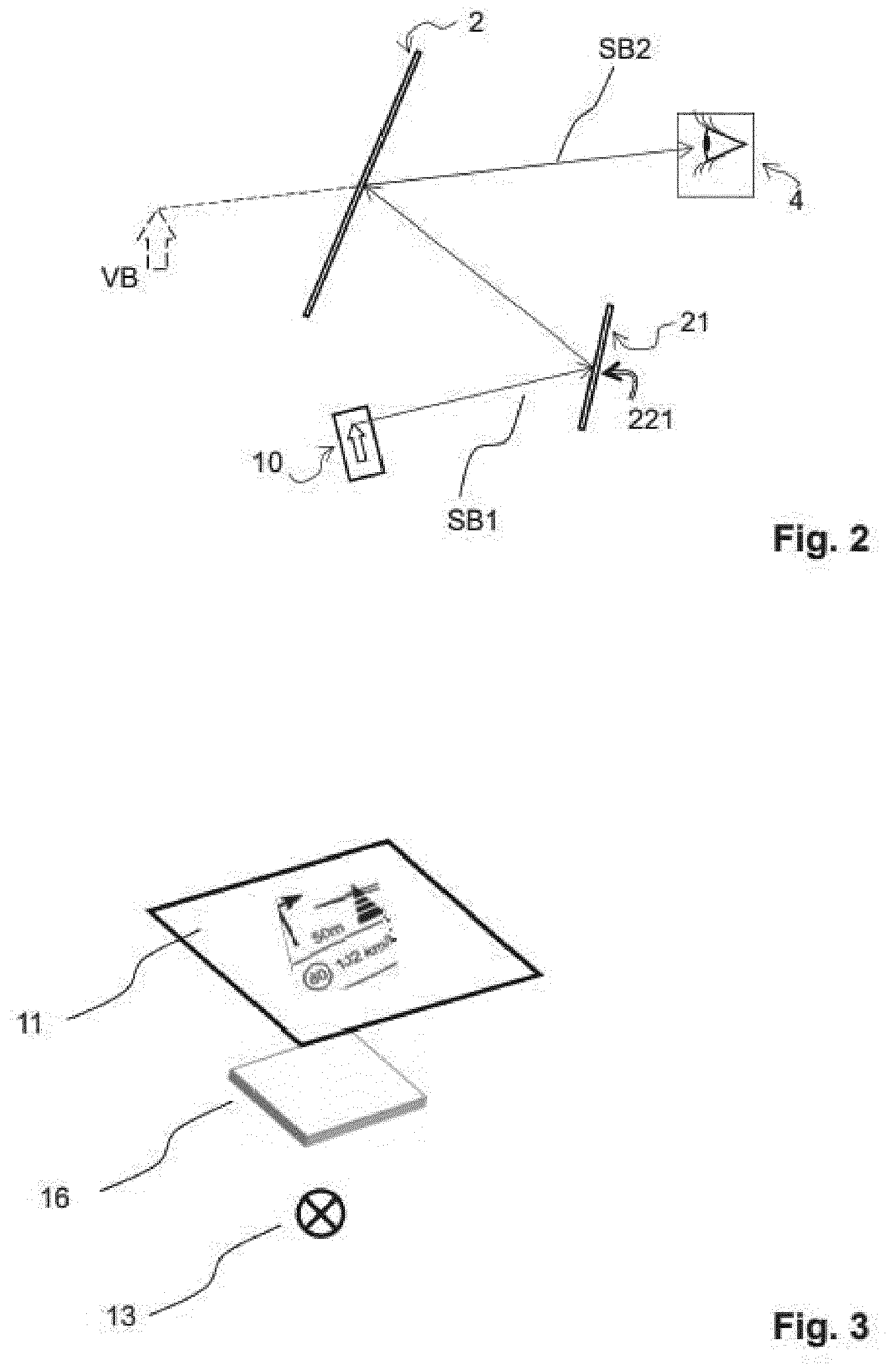 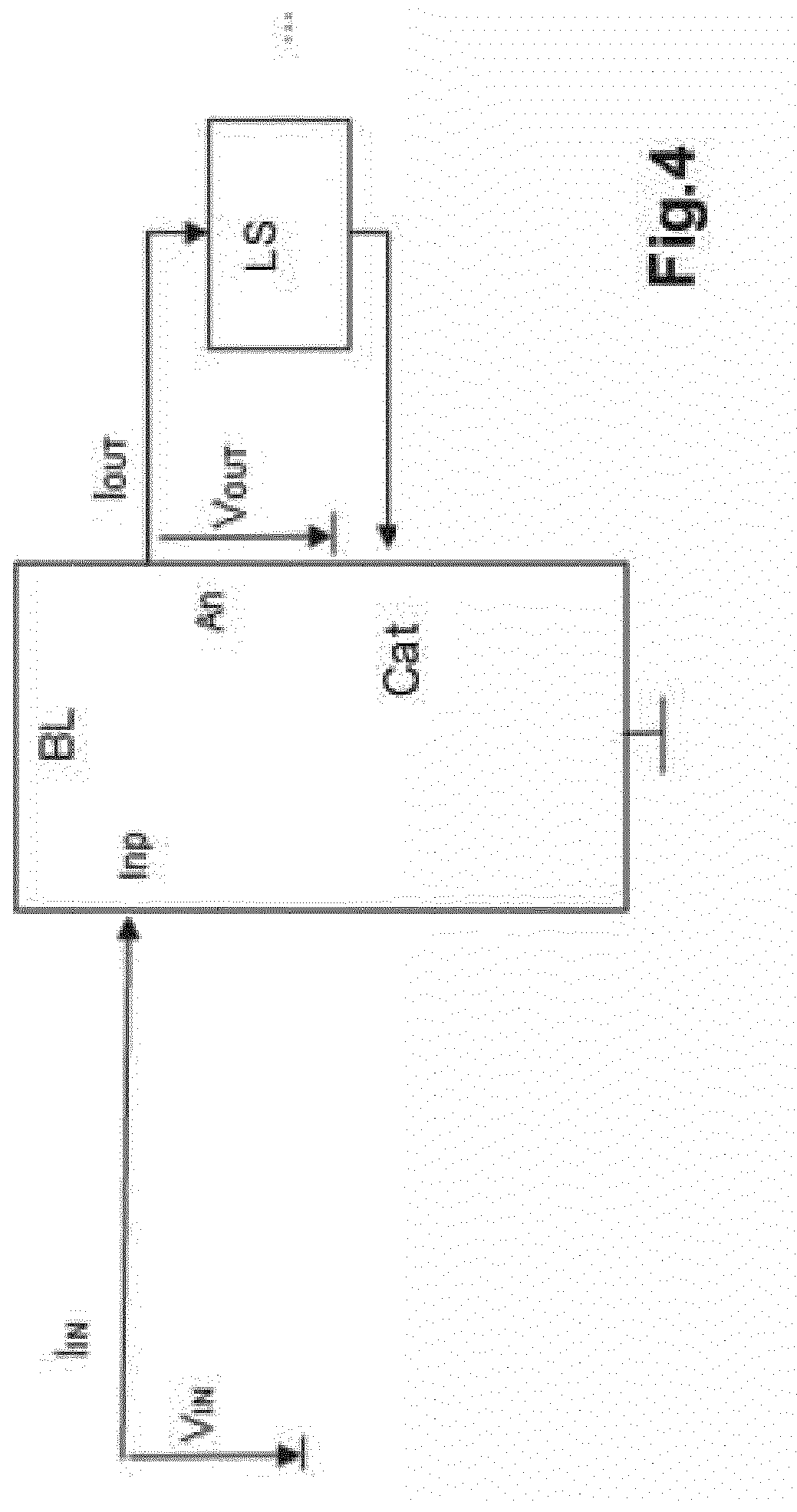 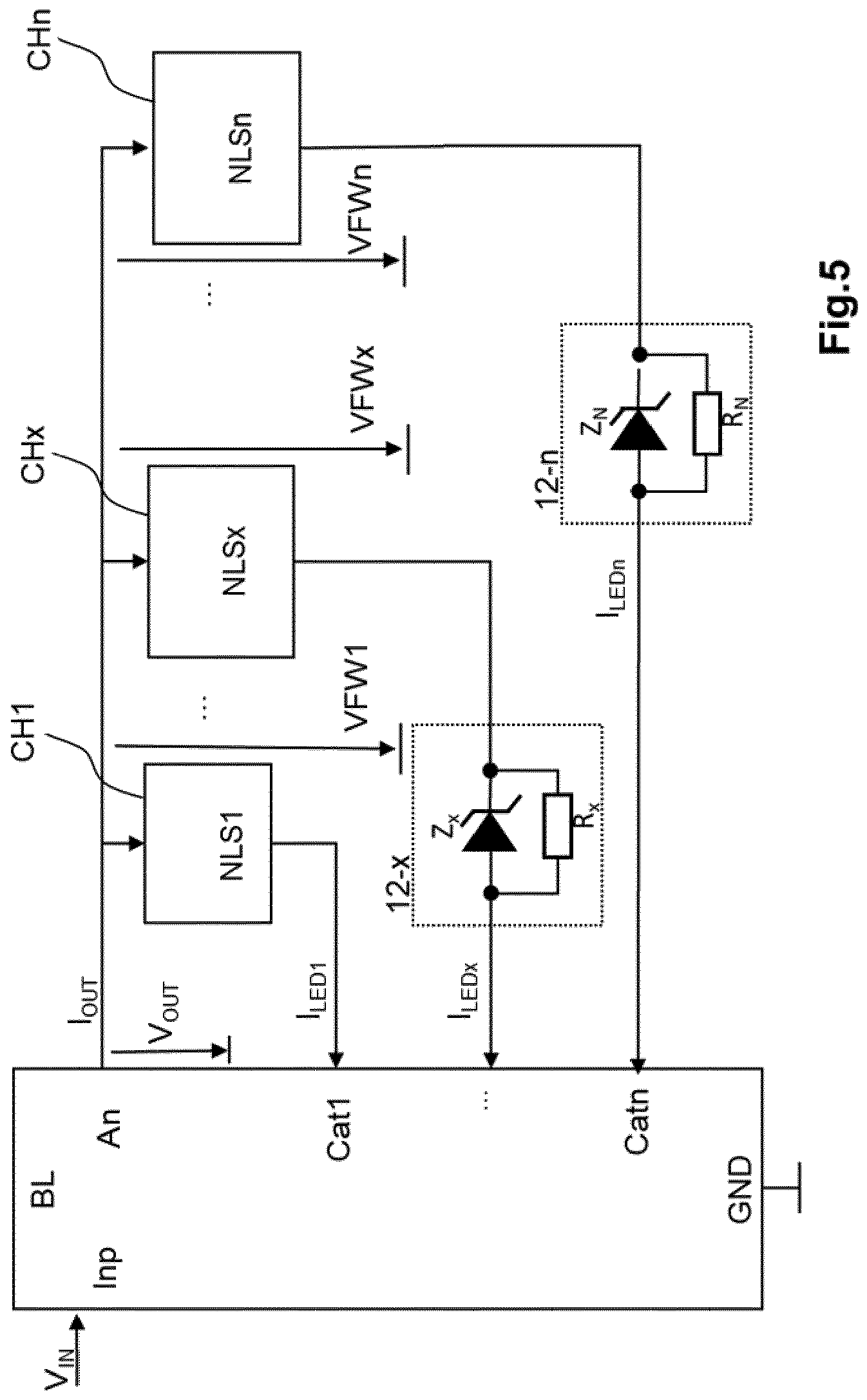 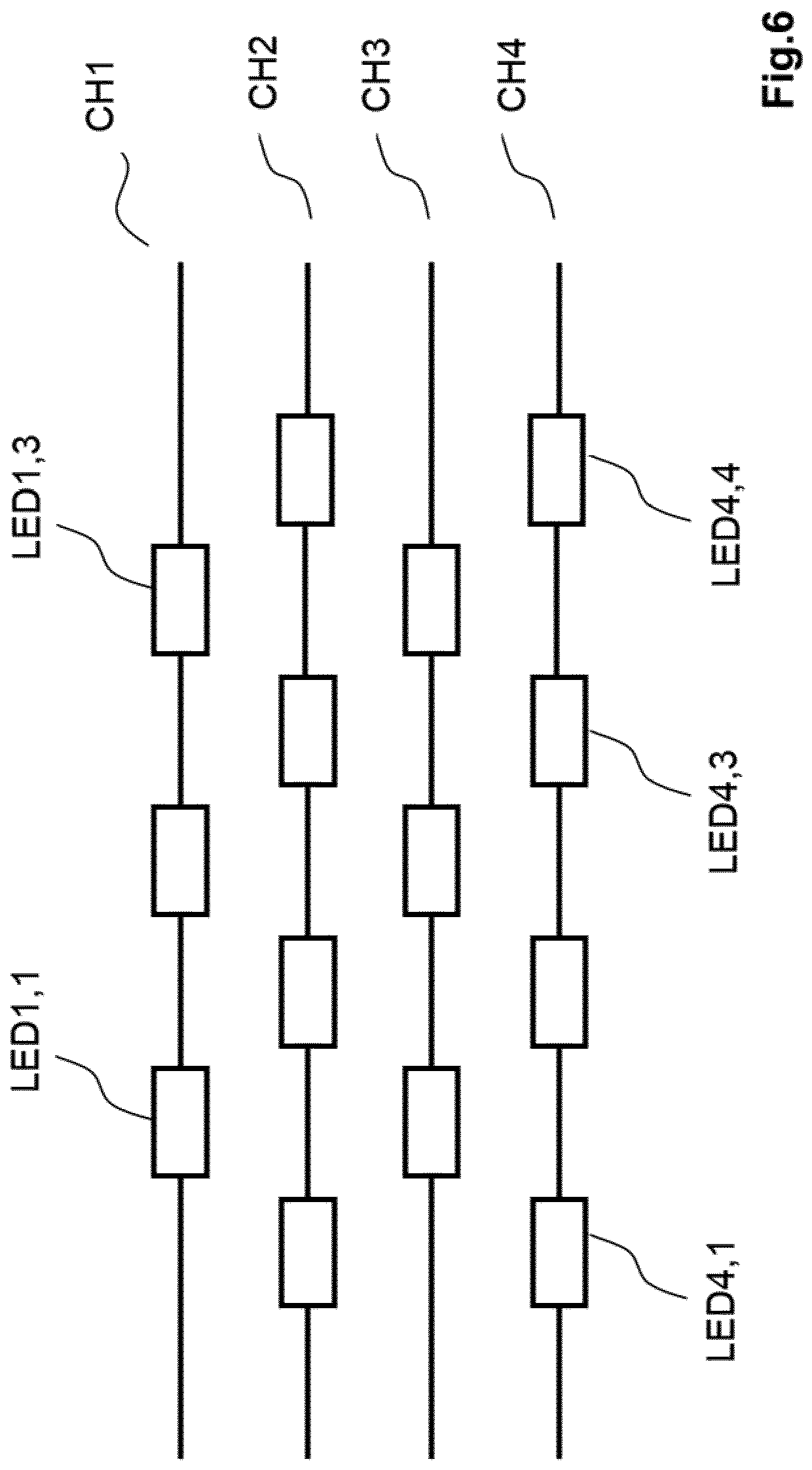 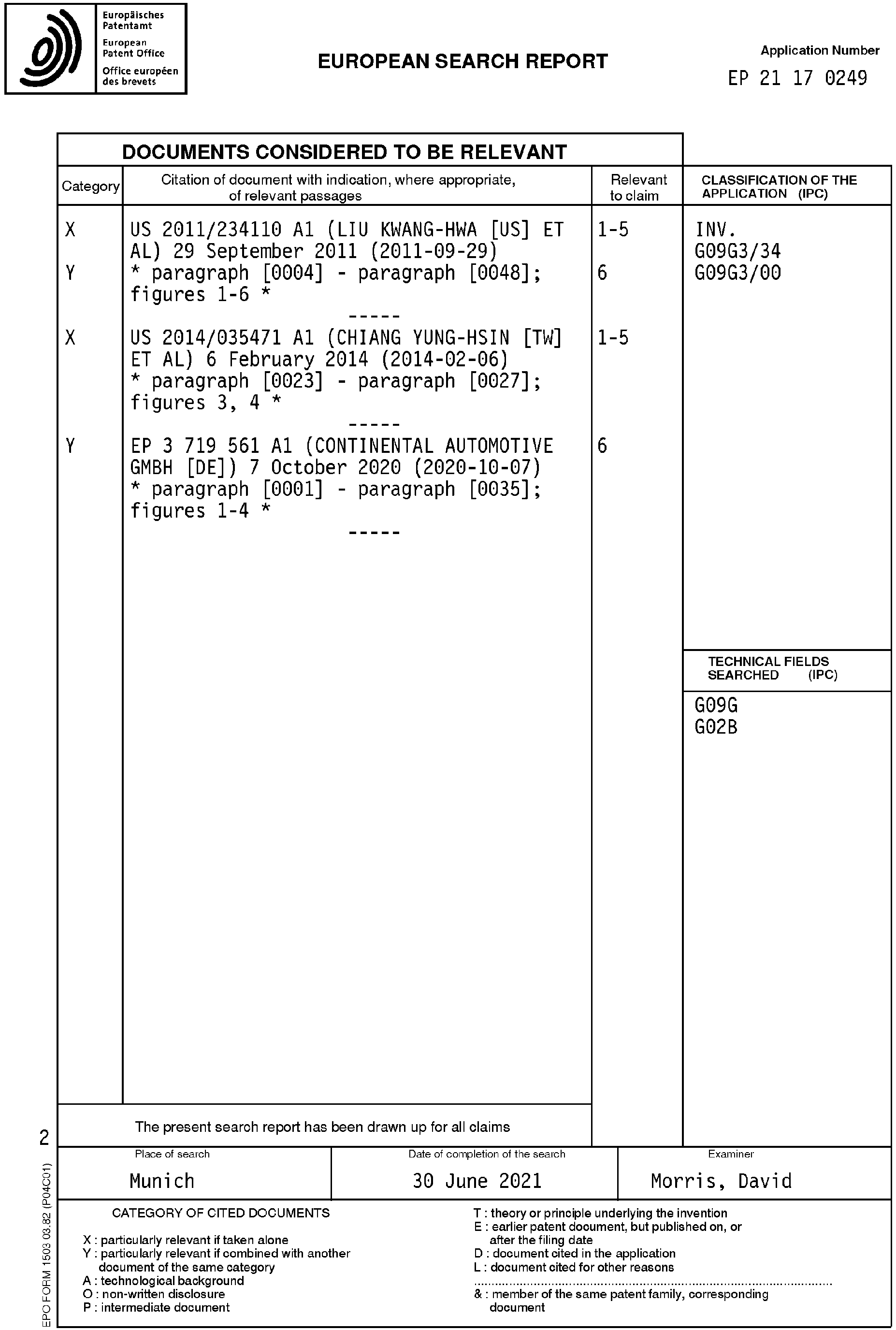 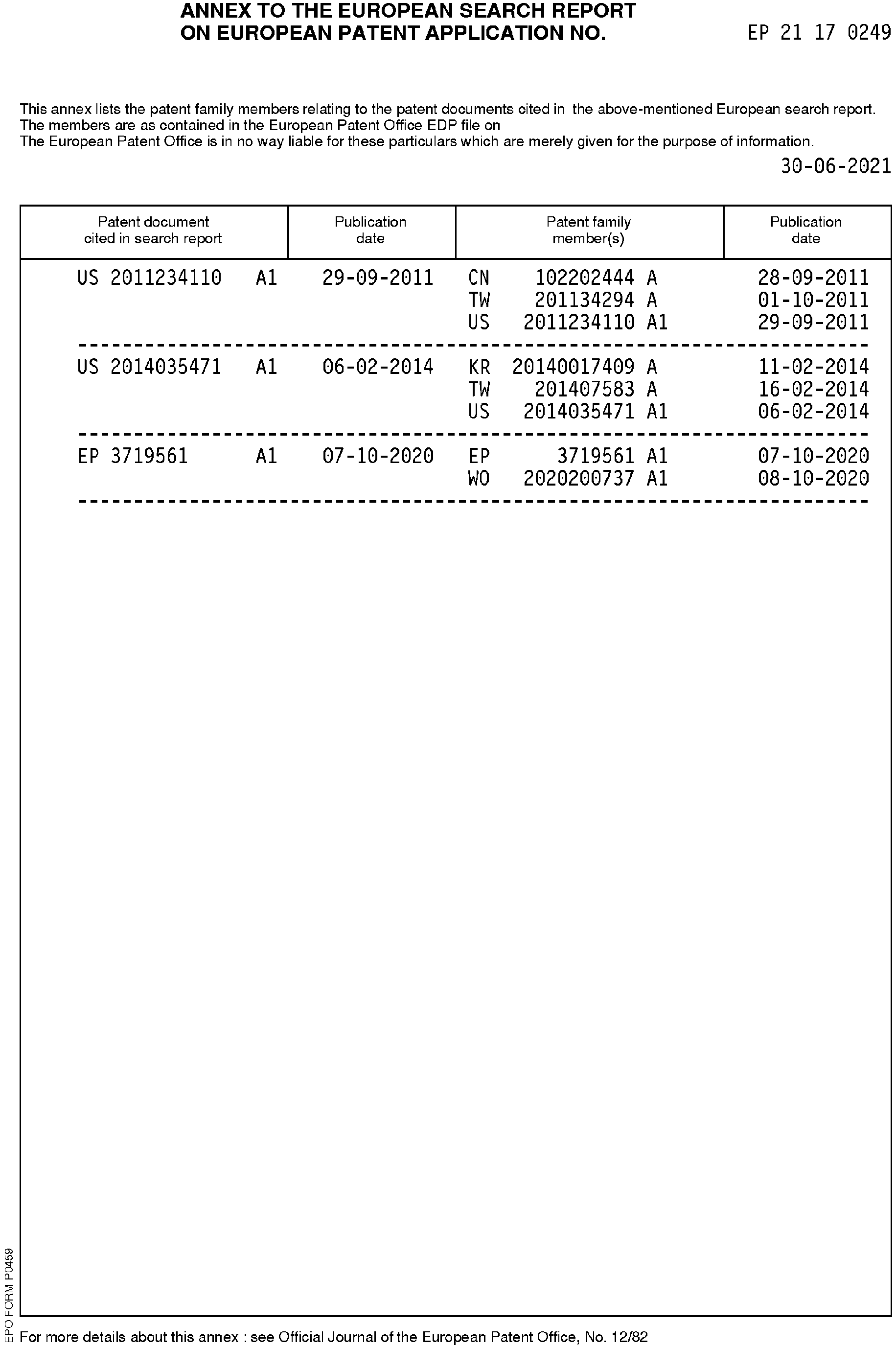