[0002] Currently, textiles used in cleaning surfaces which comprise at least one face, wherein the backstitch and the type of fabric used are optimised to achieve optimal cleaning and finish, are widely known.
[0003] These textiles, already known in the state of the art, must exhibit an adequate capacity for contact, and good performance, both with respect to embedded dirt and for moisture and the traces that are left after carrying out a first in-depth cleaning.
[0004] In this sense, and with the aim of achieving the dual function of textiles, numerous systems have been developed belonging to the state of the art.
[0005] There exists document ES2278407 which describes a cleaning cloth comprised of two different types of textiles, wherein the first textile has a cleaning surface based on loops formed by microfibres and the second textile comprises loose fringes.
[0006] Document ES1073312, belonging to the applicant, also belongs to the state of the art, wherein a textile for cleaning articles is described, comprising short bristles on both sides, in order to make it easier to drag dust and dirt during surface cleaning. And that can also comprise long bristles that make it easier to absorb liquids. But preferably it comprises short bristles on one side, and long bristles on the other side, such that both qualities of the two types of bristles are combined in a single textile.
[0007] Lastly, and also belonging to the applicant, there exists document ES1259779, wherein a textile for cleaning products which comprises a plurality of short bristles and long bristles on the surface thereof is described, wherein the length of both types of bristles exhibits a constant proportional ratio, such that the length of the long bristles is three times greater than the length of the short bristles.
[0008] However, the use of certain types of bristles is more damaging to the surface that is being cleaned, such that even if the embedded dirt is cleaned, the wear of the surface itself is also being favoured.
[0009] That is why none of the documents belonging to the state of the art, nor any of the products on the market, offer the possibility of using fabrics with long bristles, for the descaling of dirt that is more difficult to clean, and fabrics with short bristles, which enable an optimal finish against moisture and excess dirt, maintaining the integrity of the surface being cleaned.

[0010] The textile for cleaning products proposed by the invention is therefore configured as a remarkable novelty within its field of application, since according to its implementation and in an exhaustive manner, the aforementioned objectives are satisfactorily achieved, with the characterising details that make it possible and that distinguish it conveniently collected in the final claims that accompany this description.
[0011] The present invention proposes a textile to be used in products intended for cleaning surfaces, comprising the qualities of deep cleaning dirt embedded therein, and at the same time the qualities of complete removal of moisture and traces of dirt, obtaining an optimal finish while taking care of the integrity of the surface itself.
[0012] To achieve this, the invention proposes the use of a fabric comprising a first area with a threadlike or low textile, preferably in the shape of an inverted U, which will be of the same or different length. And a second area without bristles, i.e., with a surface finish without projections.
[0013] According to the above reasoning, the first area, with a considerable bristle length, will be used to treat surfaces wherein dirt is embedded and, therefore, requires a greater descaling capacity, without reducing the surface care conditions, avoiding any damages to said surface to be treated, and achieving a high level of absorption of dirt and moisture, or the product that is being used to favour the cleaning of said surface.
[0014] Moreover, the second area, which does not comprise any type of bristle, i.e., with a smooth surface backstitch, will be used to carry out a surface finish operation of optimal quality, removing any marks of moisture and/or traces of dirt that may be left on the surface being cleaned.
[0015] In other words, by using the second area, a surface treatment operation is achieved to optimise the finish of the surface cleaning, leaving it completely dry and without marks of moisture or traces of dirt.
[0016] The textile for cleaning products and the set of elements described represent an innovation with structural and constitutive features heretofore unknown, reasons which, taken together with its usefulness, provide it with sufficient grounds for obtaining the requested exclusivity privilege.

[0017] To complement the description that is being made and for the purpose of helping to make the features of the invention more readily understandable, a set of drawings is attached as an integral part of said description in which the following is depicted in an illustrative and nonlimiting manner:
Figure 1 shows a cross section of the textile object of the invention.
[0018] List of references and figures:

[0019] In the following detailed description of the preferred embodiments, reference is made to the accompanying drawings that form a part of this specification and wherein specific preferred embodiments are shown by way of illustration in which the invention may be carried out. These embodiments are described in sufficient detail to enable those skilled in the art to carry out the invention, and it is understood that other embodiments may be used and logical structural, mechanical, electrical, and/or chemical changes may be performed without departing from the scope of the invention. To avoid details that are not required to enable those skilled in the art to carry out the detailed description, it should therefore not be taken in a limiting sense.
[0020] Specifically, the present invention describes a textile for a cleaning product, comprising at least one first area 1 and one second area 2, wherein the first area 1 is comprised of a plurality of long bristles, and wherein the second area 2 comprises a smooth surface backstitch.
[0021] In other words, a textile is presented comprising a first area 1 with the elements required to carry out the cleaning of dirt embedded in a surface, and a second area 2, which will be used to ensure an optimal surface finish, eliminating moisture, as well as the marks that it leaves on the surface itself and the traces of dirt that may have been left thereon.
[0022] In a preferred embodiment, the long bristles of the first area 1 will have a length comprised between 1 mm and 6 mm, so that they are long enough to clean the embedded dirt, without favouring the wear of the surface being treated.
[0023] In another preferred embodiment, non-exclusive of the previous one, the long bristles of the first area 1 are configured by a U-shaped or substantially U-shaped thread, so that the closed curved portion of the U is the one making direct contact with the surface to be cleaned, while the open portion is the one that is left on the side of the textile itself.
[0024] Moreover, and according to a preferred embodiment, the smooth surface backstitch of the second area 2 is configured as a Z weft in a flat knit, such that no projecting bristle is left in the second area 2, configuring a smooth surface suitable for removing traces of moisture and/or dirt that may be left on the surface being cleaned.
[0025] In a last preferred embodiment, the textile will comprise at least one first face and at least one second face, wherein the first area 1 is located on the first face, and the second area 2 is located on the second face.
[0026] In this way, a textile is obtained which comprises one face suitable for cleaning the dirt embedded in the surfaces, while the other face would be used to make a last pass to leave an optimal finish in terms of moisture and dirt.
[0027] Having thus adequately described the nature of the present invention, as well as how to put it into practice, it is not considered necessary to extend the description so that one skilled in the art may comprehend its scope and the advantages derived from it, and it is hereby stated that, within its essential nature, the invention may be carried out to practice in other embodiments which differ in detail from that set out by way of example, which the protection sought would equally cover, provided that the fundamental principle thereof is not altered, changed or modified. 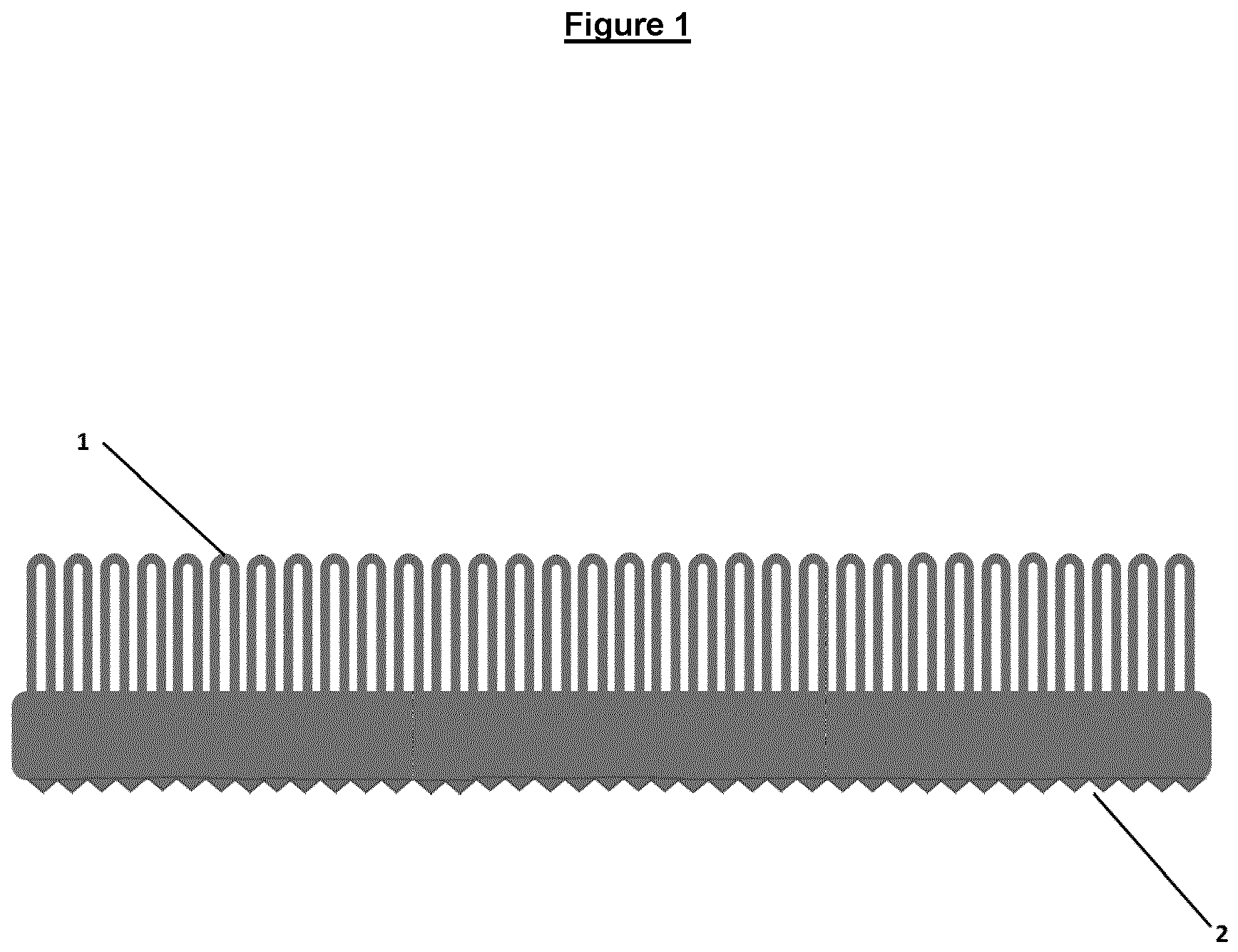 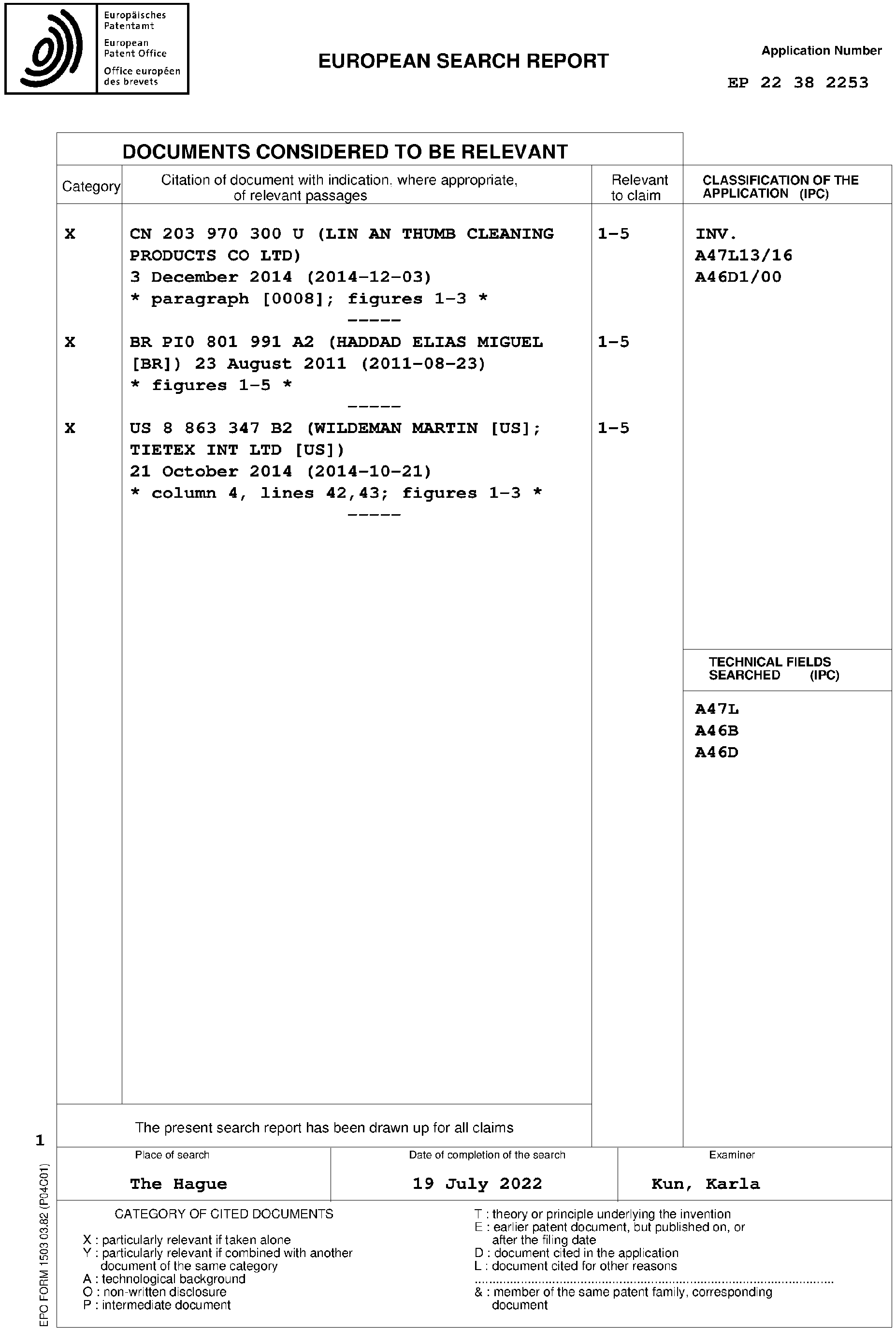 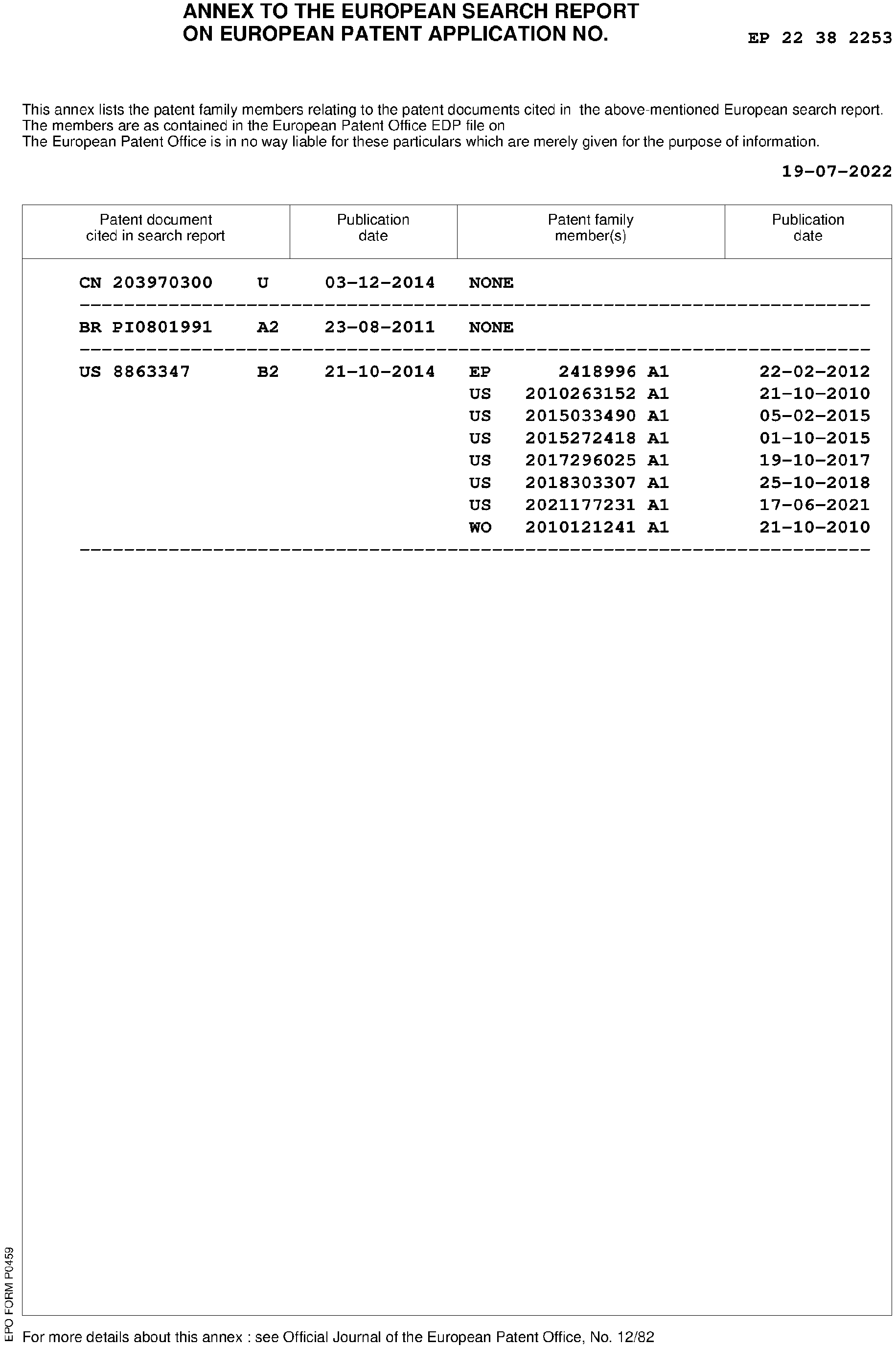